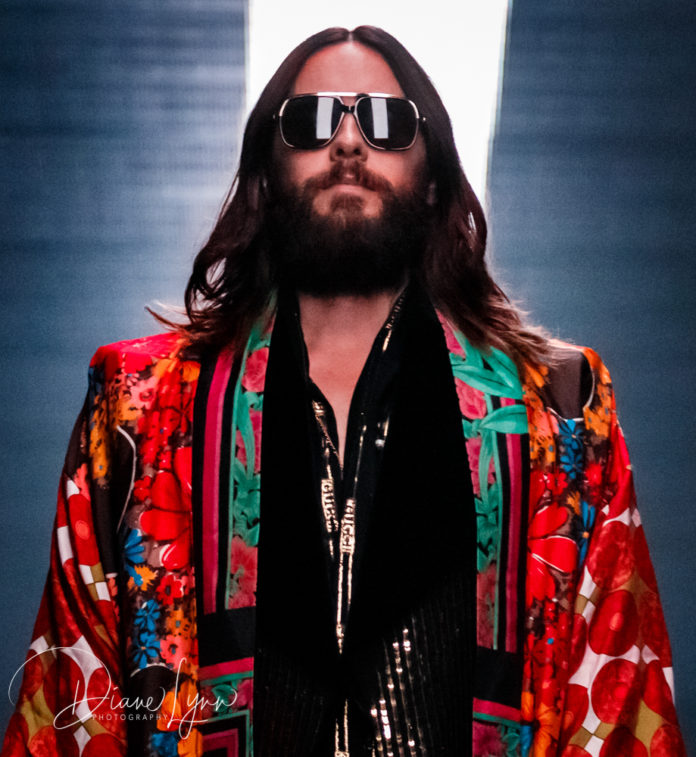 It was a sweltering Thursday evening in Inglewood, Ca and although I arrived at the Fabulous Forum about two hours early, I definitely wasn’t alone. There was already hundreds of “Echelon’s” (Mars Fans) braving the heat to line up early for this anticipated show. It had been at least 20 years since I attended a concert at the Forum. The sight of it reminds me of just how iconic this venue is: The number of amazing iconic bands that have played there is staggering. The likes of Led Zeppelin, Bowie and AC/DC just to name a few.  But tonight The Forum gets to add Academy Award Winning Actor to its list as the Thirty Seconds to Mars front-man Jared Leto was to hit the stage of this history filled arena in just a few hours. 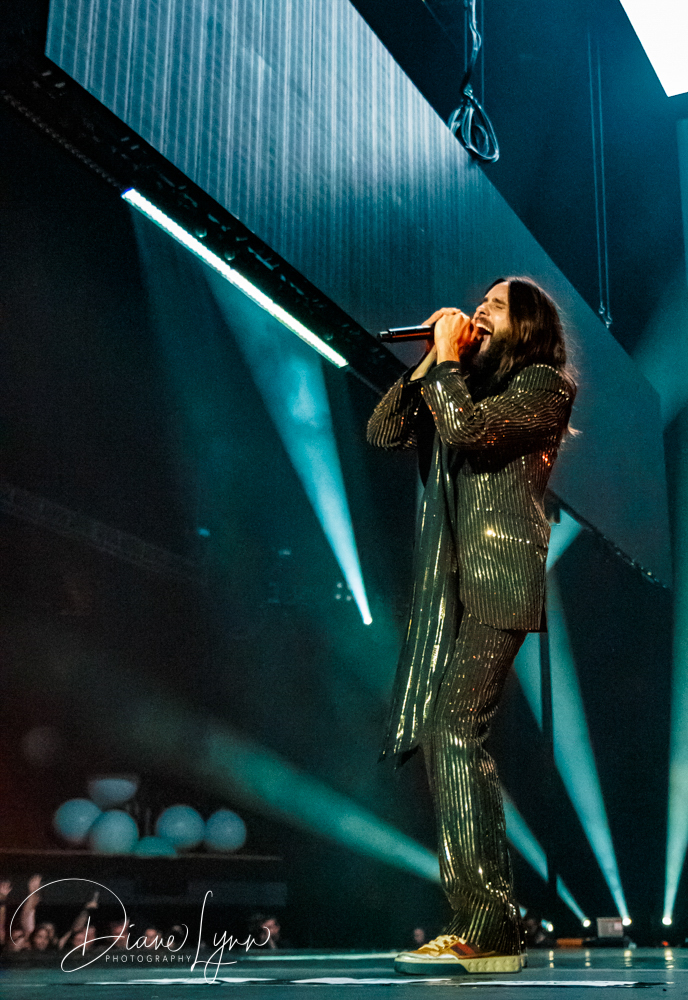 This was a very different rock concert for me, it started out with the normal lights being dimmed as the crowd began to roar with anticipation, a low humming started that continued to get louder and louder; lights appeared above us in a square formation appearing as a space ship and the rig was lowered as if the ship was landing on the stage. After a few long minutes it rose up again and there before us was front man, Jared Leto. Dressed in a very sparkly suit with a colorful silk robe over it and a pair of black sunglasses, he stood there motionless for what seemed forever to the fans before he broke into his first song of the night, “Monolith” off of the album “America” which was just released in April of this year. 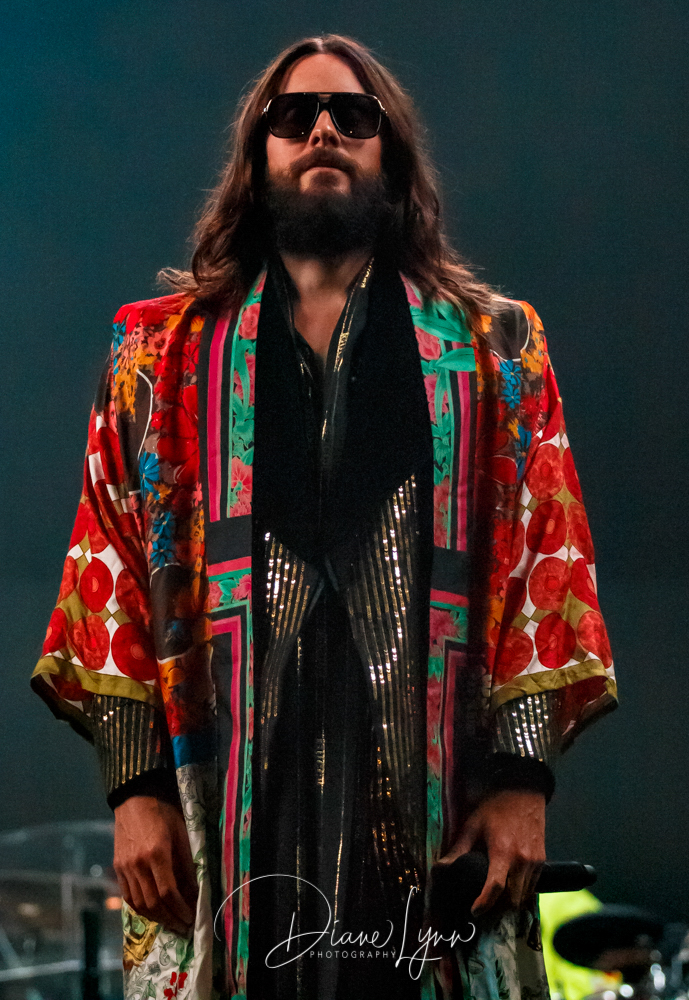 The stage for this show was huge, it could have held at least three full performing bands but this night, at least for the first few songs, the only members on stage were Jared and his brother and drummer, Shannon Leto. It wasn’t until about the third song that bassist Stevie Aiello appeared. 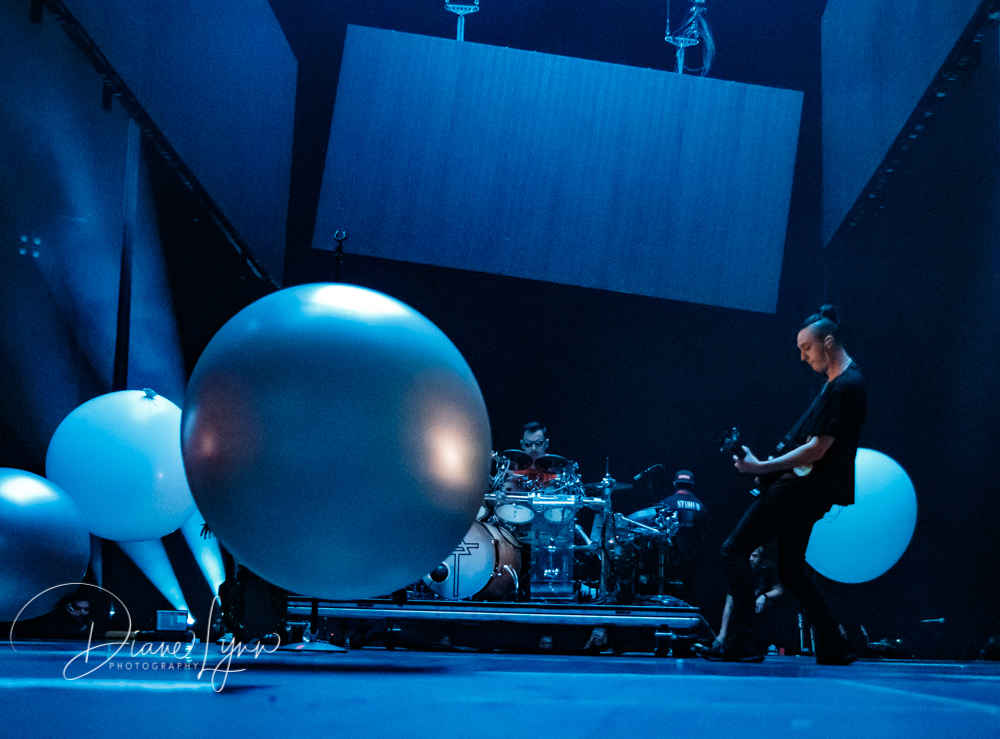 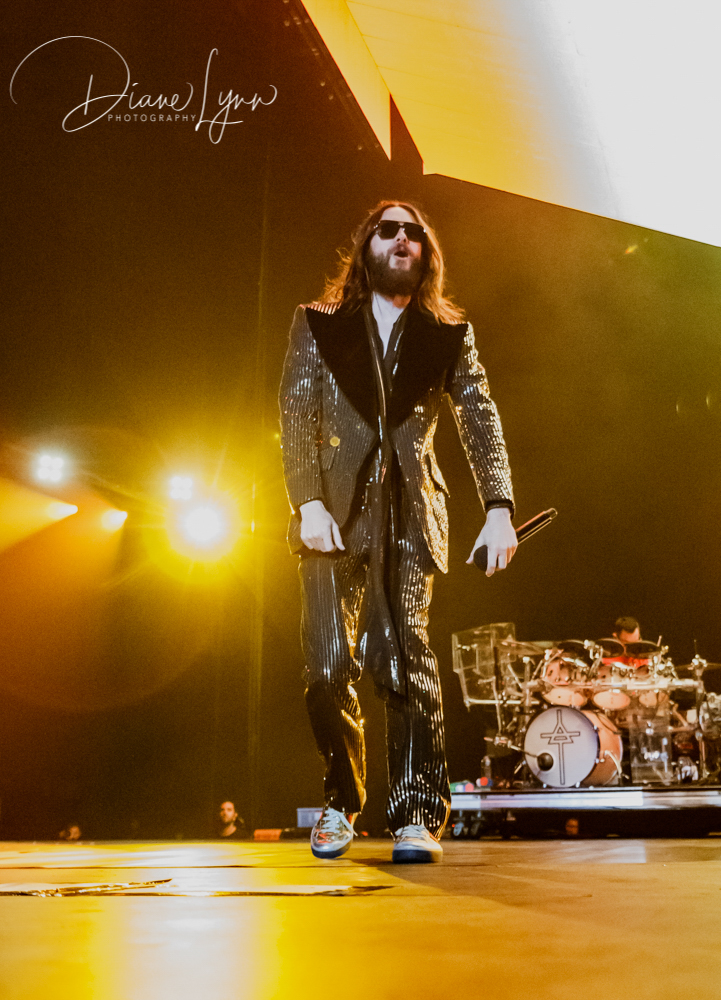 Jared used every bit of that stage, running and walking from side to side to acknowledge every section of fans in the arena. As he moved about the stage his silk robe flowed around him almost giving the appearance that he was floating. As he came around where I was shooting, I saw the full beard and beautiful long hair up close for the first time. Along with the flowing robe, all I could think was WOW, this is a guy who has some amazing talents and could be anywhere else right now doing anything but touring a rigorous, musicians schedule.  As I looked around the arena, the fans were holding their hands up, swaying them back and forth, singing to the music using their cell phones in place of lighters…it was simply magical. It was then I knew why he chose to use his vocal talents over all the rest. 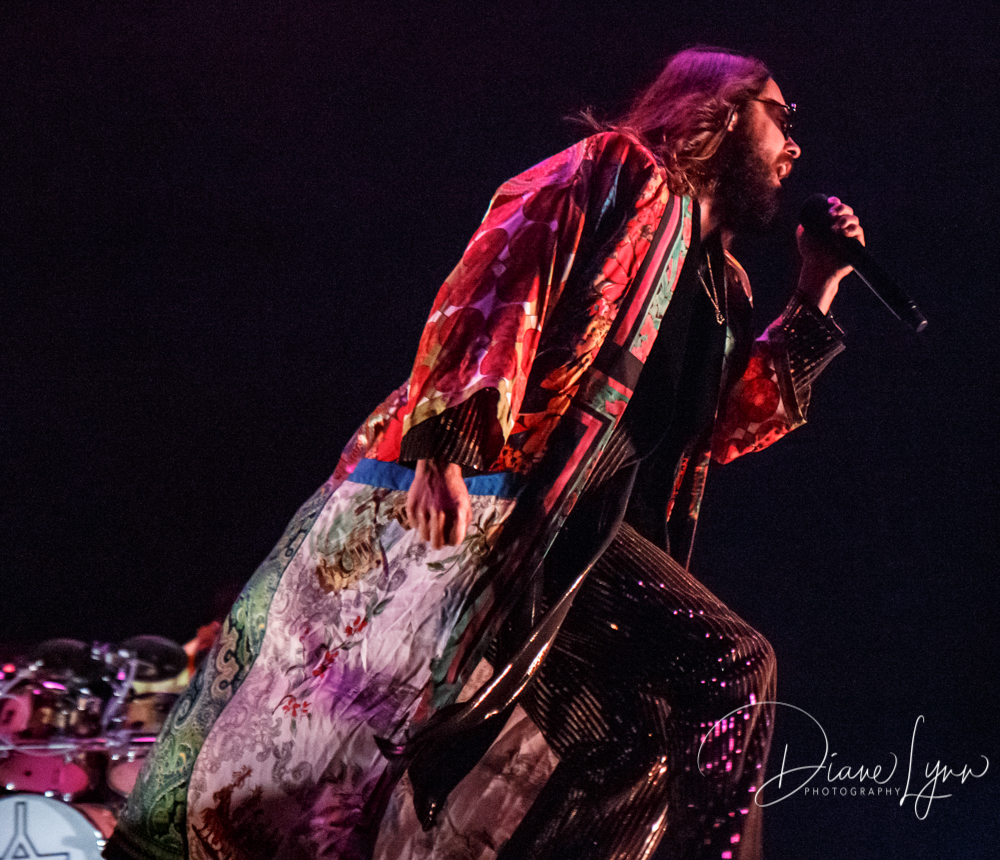 I’m not sure how I would categorize the music of Thirty Seconds to Mars, rock? alternative rock? whatever it may be, it speaks to all their loyal longtime fans. Jared is captivating as a front man; his vocals are soothing yet powerful and his performance on stage is mesmerizing. Although he is an amazing actor, an Academy Award Winning Actor in fact, I do believe his true calling is singing and performing on stage in front of this band. 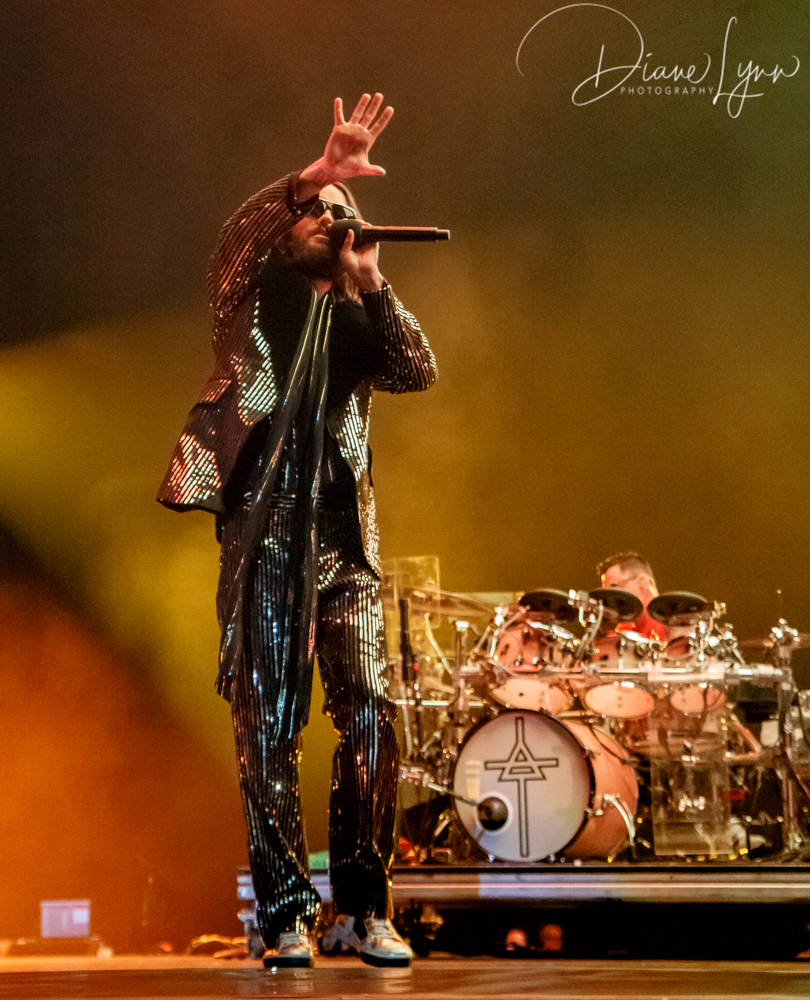 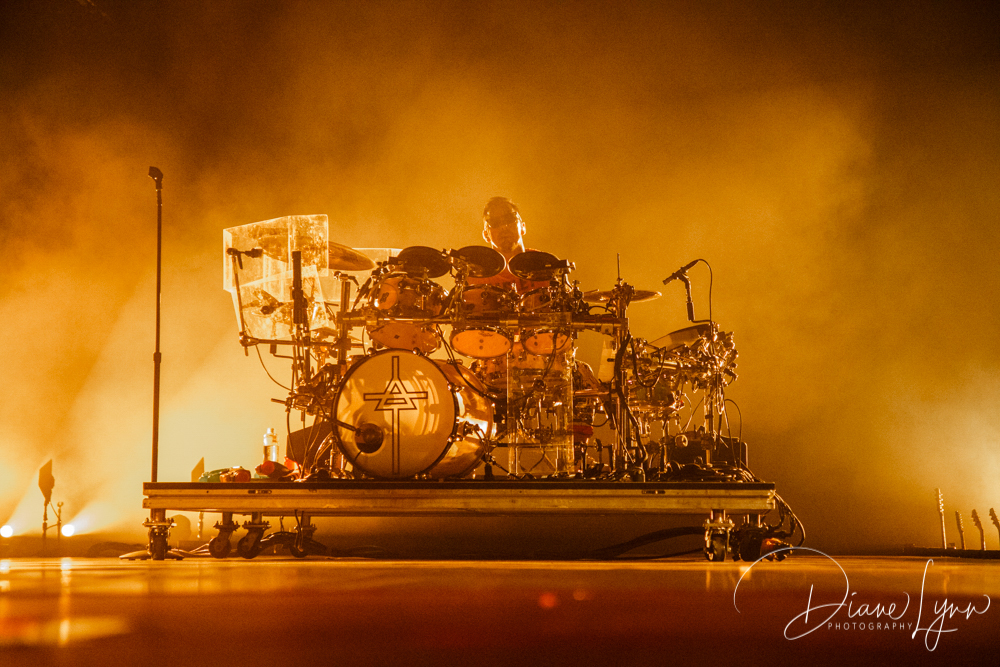 Thirty Seconds to Mars covered all of the fan favorites.
Set list

The songs they write touch on some very deep subjects such as war and homelessness. The song “Rescue Me” as describe by Jared is “a song about pain, a song about empowerment, a song about faith and a song about freedom.” His music is meant to touch your heart, feel it in your soul and make you think. 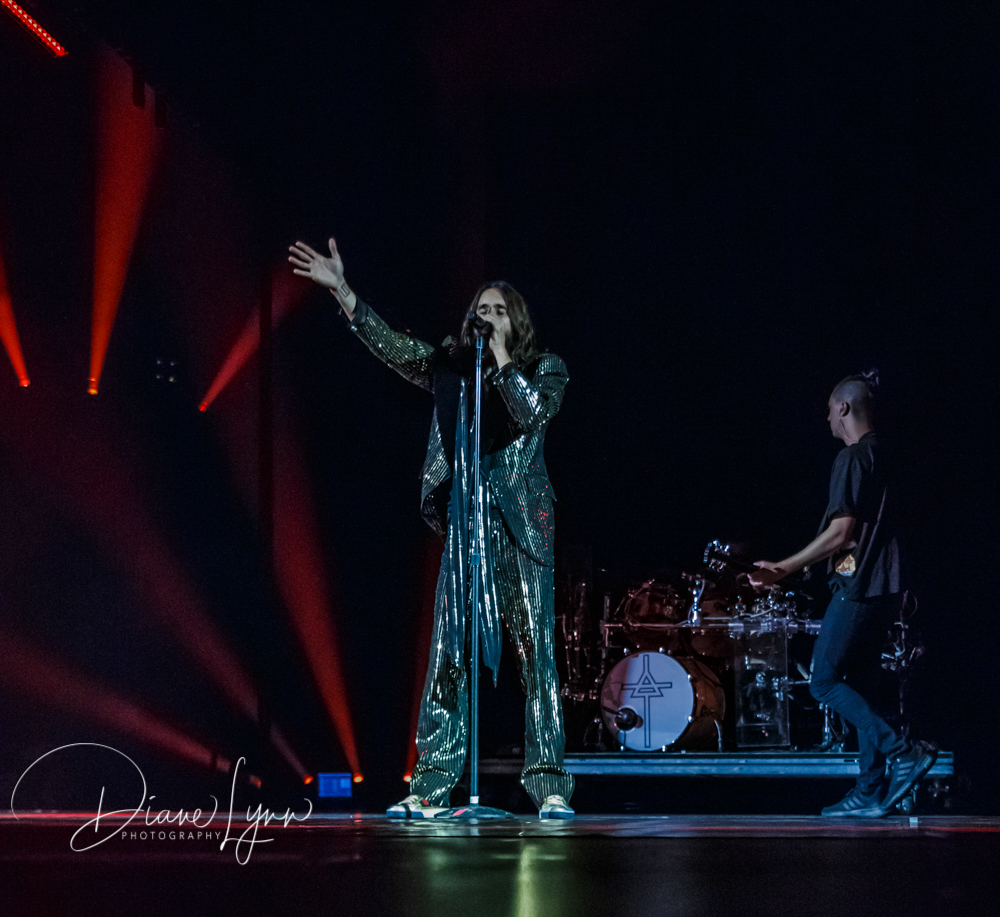 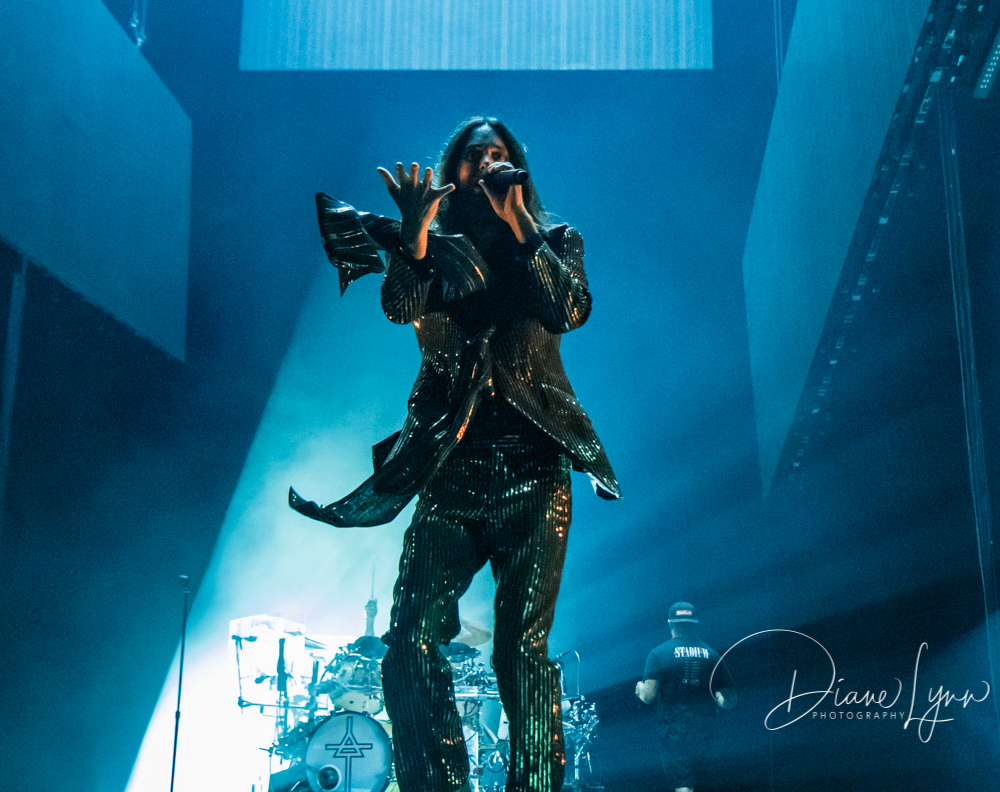 This is a serious band that uses their talents for the good of their fans, sending positive message while having fun too!
I’ve added Thirty Seconds to Mars permanently to my playlist. The Leto brothers have added another fan to their already thousands. I hope to catch them again when they come around L.A very soon. I suggest you do too!

Thirty Seconds to Mars added some great opening bands to this show. K. Flay was a stand out for me, she blew me away. Since I was stepping out of my normal genre shooting this show the Opening acts were not known to me but I can say that I won’t forget who they were. 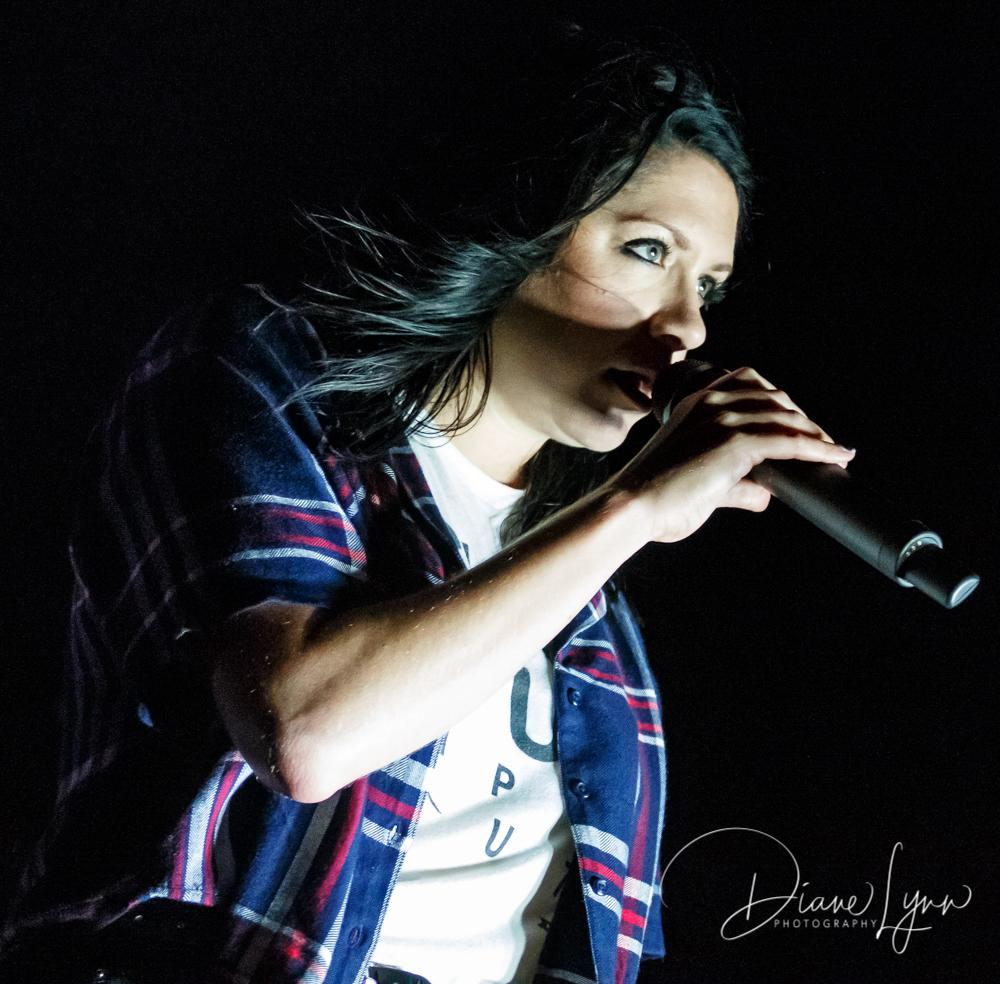 K. Flay, listed as alternative hip hop was fresh and new to me. Although she’s been performing since about 2003, in 2014 she independently released her album “Life As A Dog”. 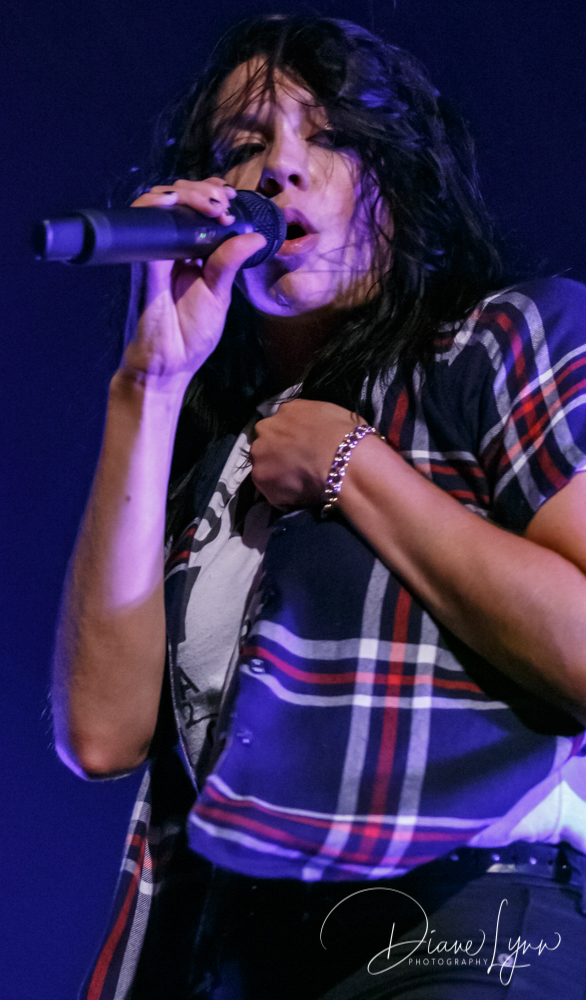 This is definitely an artist that I will be following. I love her sound and her vibe, and I’m looking forward to hearing more from her. 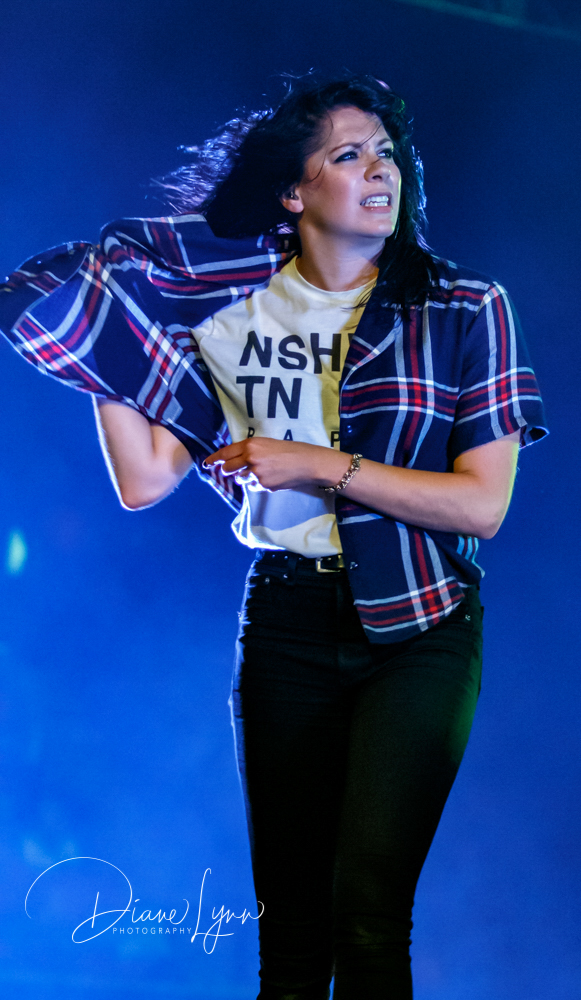 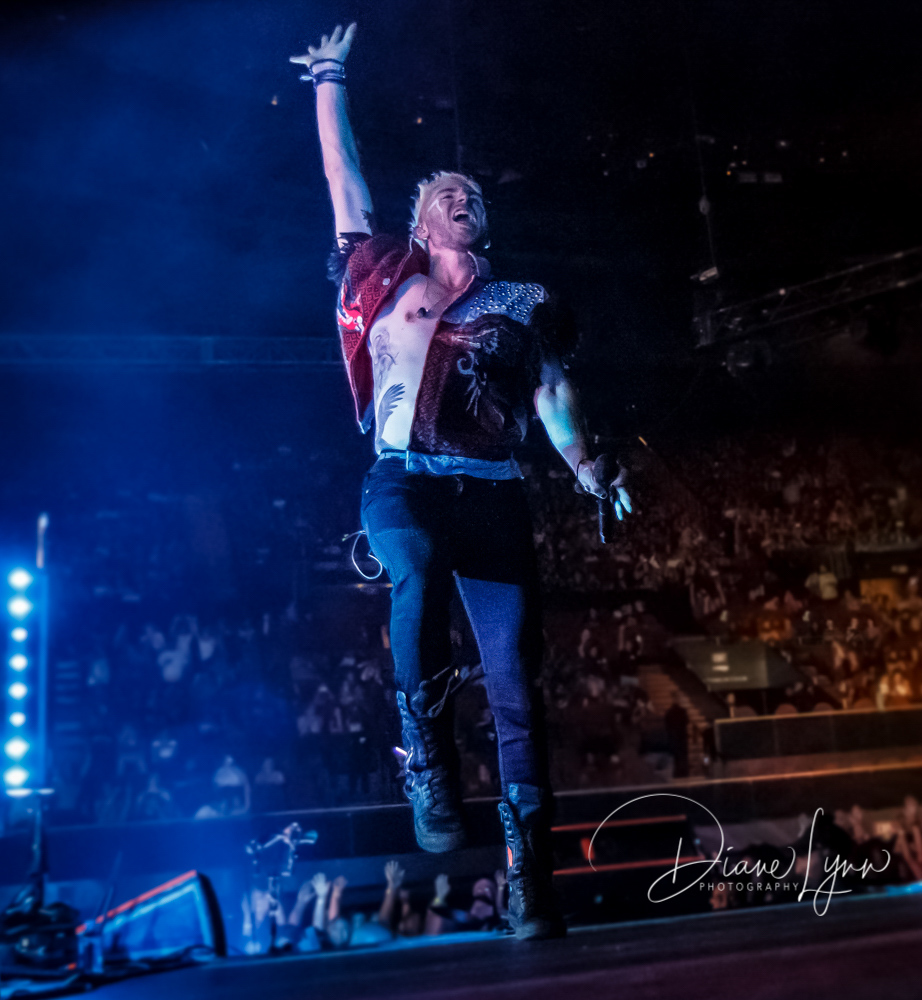 I’ve heard Walk The Moon‘s 2014 hit “Shut Up and Dance” a couple of times but had never caught who the artist was, so this was very much a surprise for me. Walk the Moon are listed as a Rock Band but I think I would list them more as Pop-Rock. 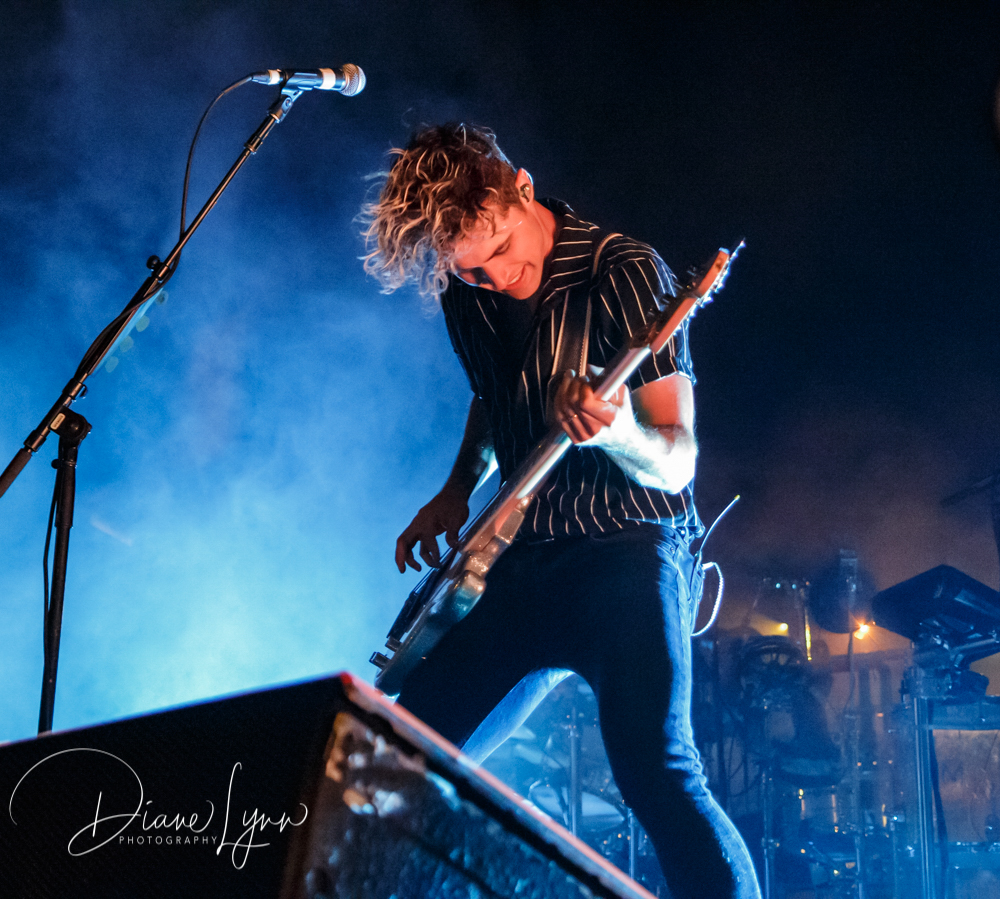 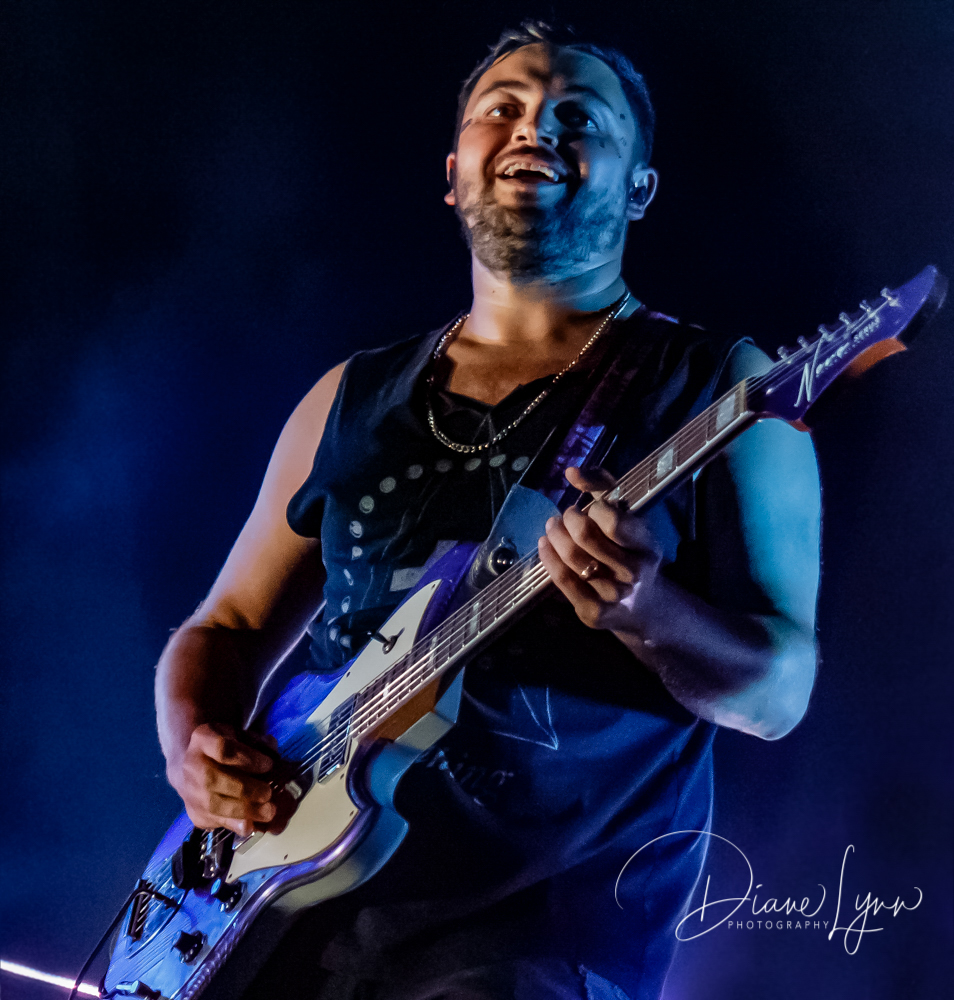 Their popular hit “Shut Up and Dance” from their second major-label studio album, “Talking Is Hard” reached number four on the Billboard Hot 100 and number one on the Billboard Rock Songs chart and is still played in frequent rotation on the airwaves today along with a couple of their other hits such as “Anna Sun” and their more recent hit “Kamikaze”. 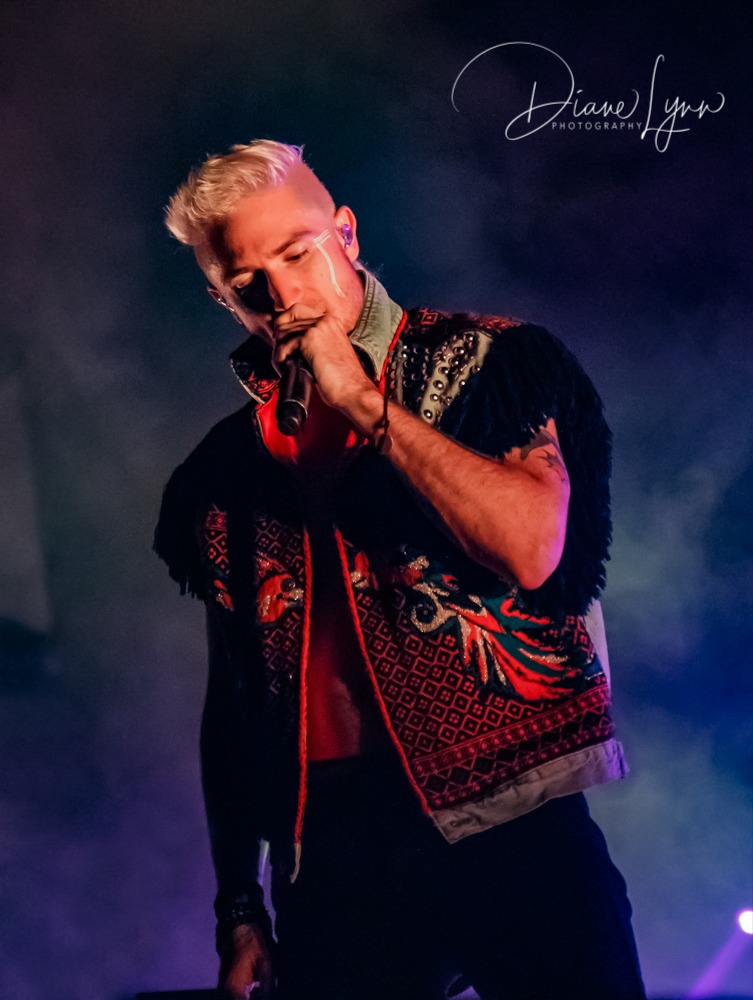 This is a definitely a fun band to see live! The Forum left the floor clear of seats and it’s probably a good thing, the entire crowd on the floor and even those in the risers were on their feet dancing and singing every lyric. If I hadn’t known I would have guessed they were the headliner. 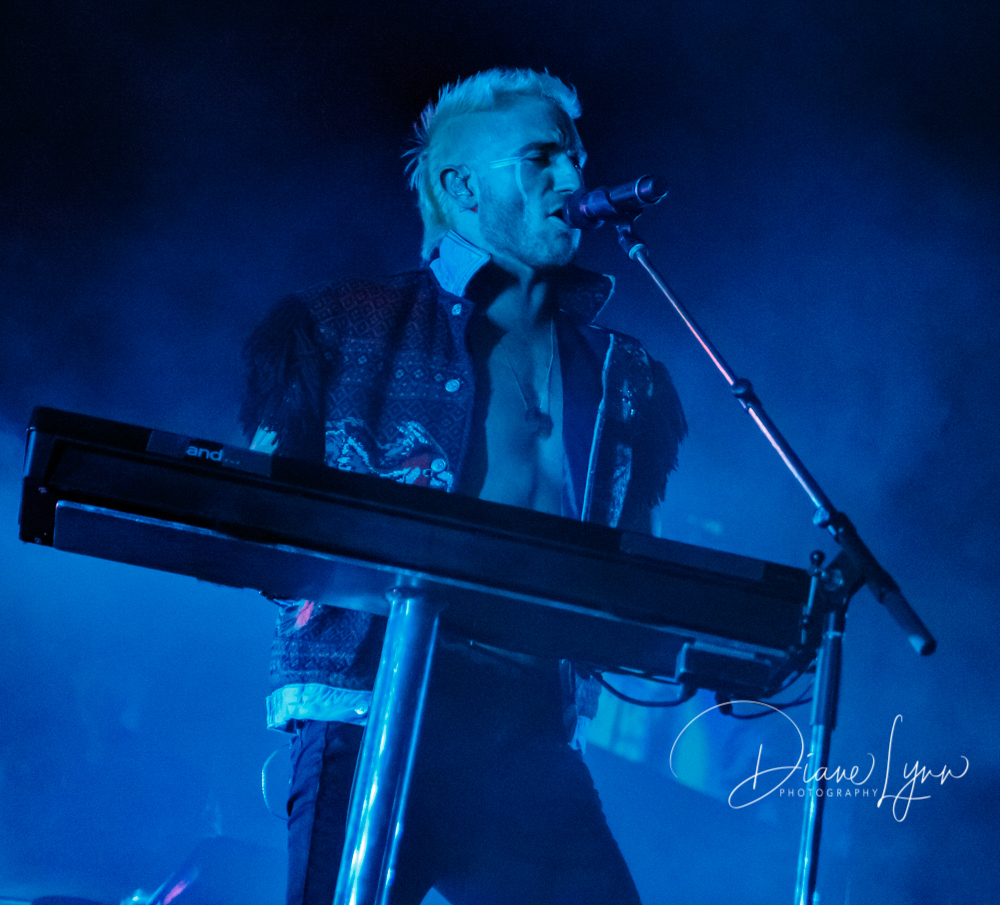 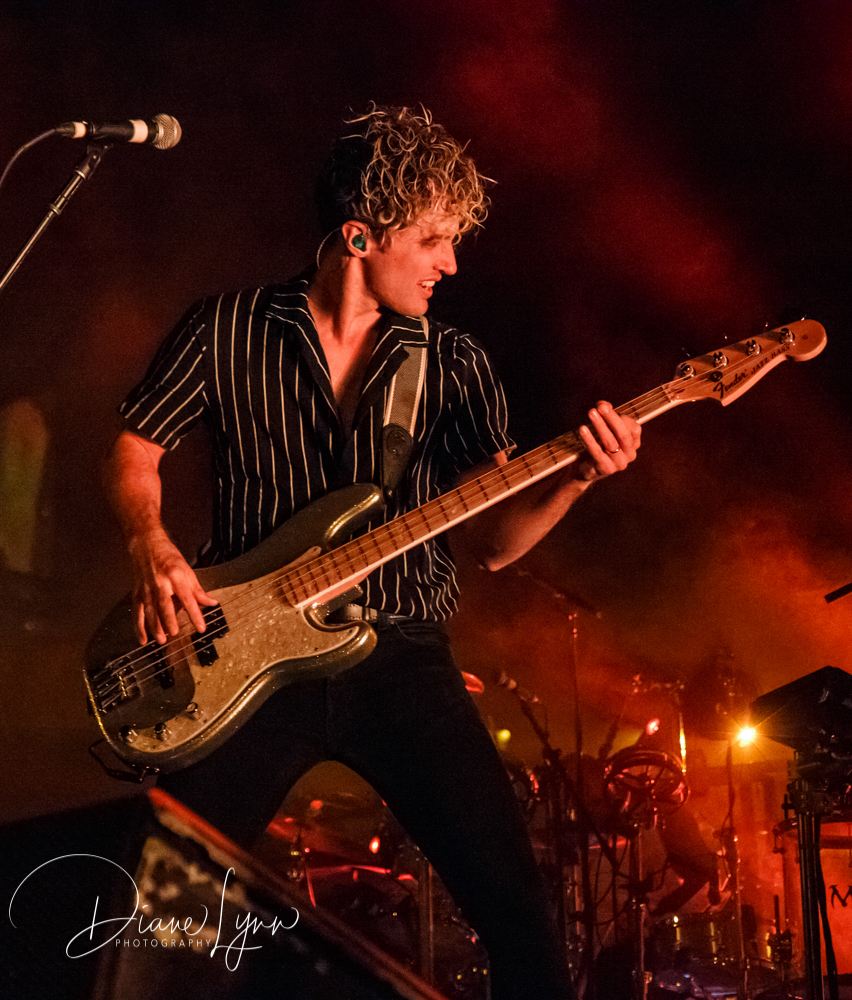 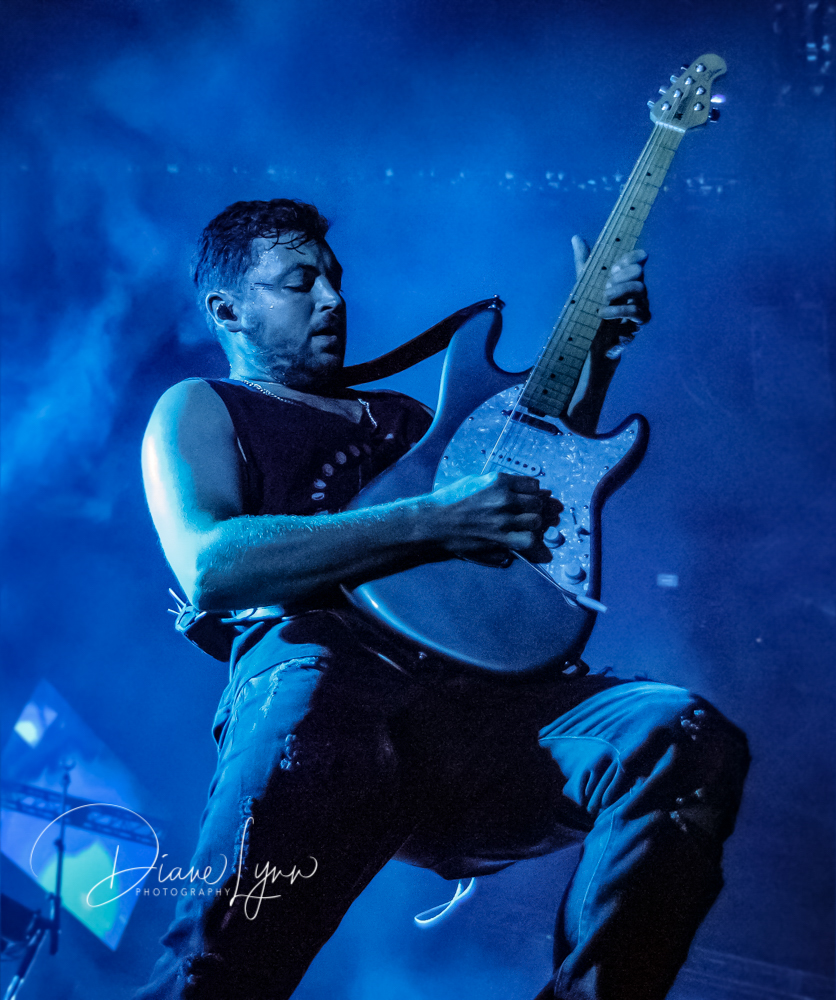 Check out their third studio album, “What If Nothing“, released in November 2017.