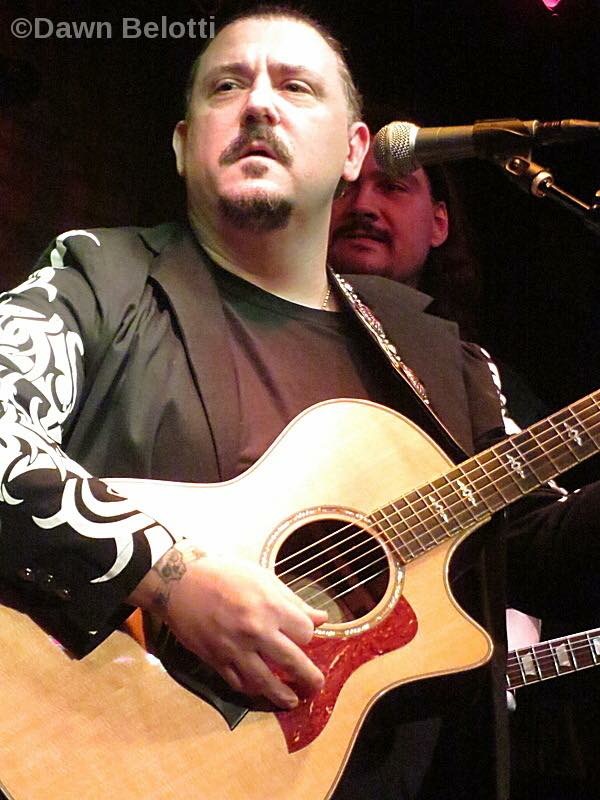 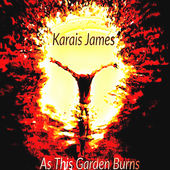 Recap and Pictures by Dawn Belotti

I first noticed what an interesting artist Karais James was when I saw him open as a support act for long time Ace Frehley guitarist, Richie Scarlet. Since then I made a point of catching his performances with Richie as well as any of his solo shows. 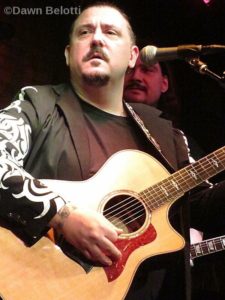 While Karais James certainly stands on his own as a songwriter and musician, the addition of Richie Scarlet and Ray DeTone as producers has allowed James to rise to another level. And on this release they have helped transform Karais’ efforts it into an eclectic gem.

Karais performed an assortment of tunes from his latest release, ‘As This Garden Burns’, along with Scarlet and several other extremely talented musicians.  It’s clear James is a seasoned performer who belongs on stage.  After his first number even The Bitter End locals were taking notice.

Every time I see him perform I grow more impressed with his musicianship. What is also apparent is that whether he’s on stage or on disc, James’s voice provides a strong melodic force that perfectly compliments this stellar selection of new songs.

As This Garden Burns opens on a strong note with “Learn To Fly” a 1960s layered sound with strong guitar interludes.  It is evident that Scarlet’s contribution was going to be a big one. The repertoire progresses from here with an assortment of unique styles and commendable songwriting. 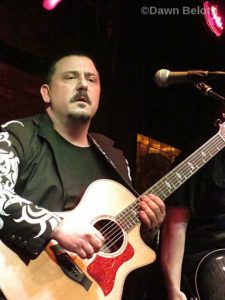 One thing that makes this release stand out is the addition of instruments you wouldn’t see as a common entity to the rock genre. Whether it’s the inclusion of a string quartet, an upright bass or the addition of a brass section; they all add to the uniqueness of this recording.  Scarlet’s experience in the music industry and his expertise with arrangements adds just the right amount of pizzazz. Notably “The Longest Road” and “No Need For Me” have a smooth jazzy feel yet don’t allow James’ own flair to get lost in the shuffle.

The diversification of music arrangements does not stop here. The esoteric, melodic “Into the Sun” and “As This” with a little flamenco guitar would amply fit on a classic 1970’s soundtrack. Rounding out the assortment is “Last Call” a country sounding ditty with a lot of groove and a smooth bass line.

Karais wrapped up this stellar performance by paying tribute to The Doors;  Channeling Jim Morrison’s powerful, esoteric vibe during his rendition of “5 to 1”. A perfect song to end the set. 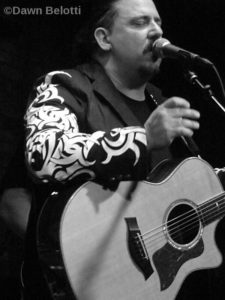 Karais James’ future is filled with endless potential. And hopefully this showcase is the start of great things for an artist who appears to handle the stage with comfort and ease.

News: WAYWARD SONS To Release “The Truth Ain’t What It Used...