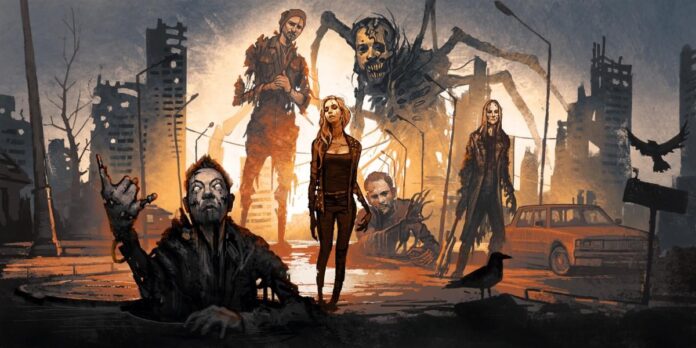 “I was instantly moved when I first heard his song,” says Vivaldi. “The solo came out almost instantly and with much ease thanks to the uplifting, melodic nature of the arrangement. It’s a stunning piece of music and I’m quite grateful to have been able to contribute to it!”

Having performed on other tracks on Chapter III, when asked to contribute to “Acceptance,” both Skolnick and Shaw were excited to lend a hand. “After becoming familiar with the LOST SYMPHONY gang and working on ‘Take Another Piece,’ I was more than happy to jump in for an additional guest spot on ‘Acceptance,’” Skonick says. “This tune has a flavor that is different from the first one and it was nice to get the chance to bring in some other elements. It’s been great to see the response to ‘Take Another Piece’ and I’m sure all those listeners will appreciate this one as well.”

Shaw adds, “I chomped at the bit to work with LOST SYMPHONY again, especially when I was told the other players would be Alex and Angel, both of whom I’ve admired for a long time. When I was sent the track, I loved that it had a different feel to the other songs I had contributed solos to. ‘Acceptance’ was a little more Andrew Lloyd Webber, and allowed for more grand melodic statements alongside the shred that LOST SYMPHONY are known for. It’s hard not to smile when I listen back. It’s a great composition and I was thrilled to be asked to be a part of it.”

LOST SYMPHONY was set in motion when multi-instrumentalist and producer Benny Goodman invited guitarists Kelly Kereliuk and Conrad Simon to add another dimension to the classical demo he had composed. An early recording of “Leave Well Enough Alone,” which appeared on the band’s Chapter II album, made its way to the late Oli Herbert, who quickly jumped aboard as a chief collaborator. The group’s tribute to Herbert, “My Last Goodbye,” featuring some of the guitarist’s last recordings, was unveiled last month.

Chapter III is available now at https://lnk.to/LS_Chapter3. The video for the first single from Chapter III, “Take Another Piece,” features a quadruple guitar attack from Marty Friedman, Nuno Bettencourt, Alex Skolnick and Richard Shaw and has nearly over 240k views since its release. Watch “Take Another Piece” at https://youtu.be/4umRs4RhxGc.

With the release of last year’s Chapter II, LOST SYMPHONY members Benny Goodman, Siobhán Cronin and Cory Paza also launched the 2020’d podcast to create a podcast to provide a vehicle for their pent-up creativity. The modern-day triumvirate called up some of their most interesting and successful friends, including recording artists, touring musicians, music industry experts, TV personalities, even a billionaire, and asked these friends to give us their take on current events as well as to share some of their wildest entertainment memories.

2020’d is a series of no-holds-barred discussions. chocked-full of insider information that explores the various paths that lead their highly successful guests to their unique lifestyles and prominence in the entertainment industry. Paramount in the podcasts is a healthy serving of rock n’ roll war stories that give you a peek behind the-curtain of the entertainment industry.

A full archive of previous episodes is available are available at www.2020-d.com/pages/archive.