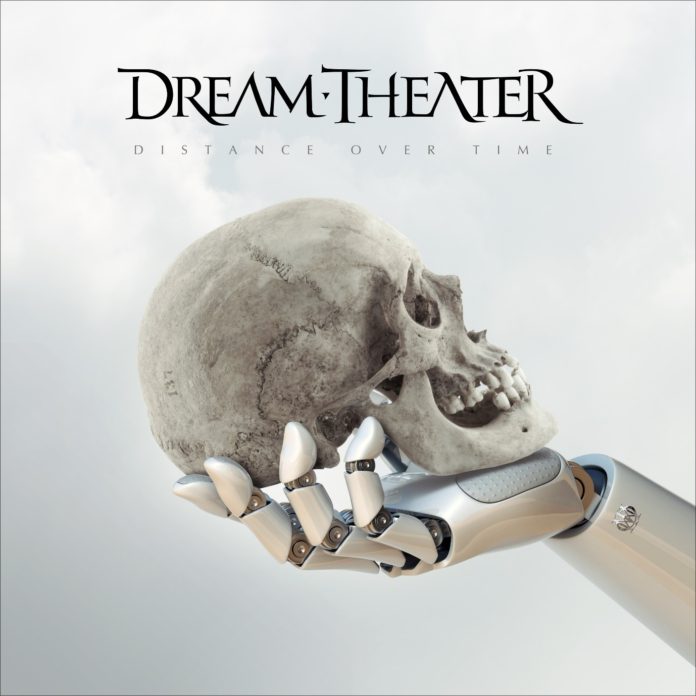 Two-time Grammy-nominated and millions-selling progressive music titans Dream Theater have released the first song from their recently announced 14th studio album, Distance Over Time. “Untethered Angel” is the first new song from the album slated for worldwide release on February 22, 2019. The new single is quintessential Dream Theater and takes the listener on a musical journey that cements the band’s place as the premier progressive metal band around today. Watch the video for “Untethered Angel” here: https://youtu.be/gylxuO6dKOw.

“During the writing and recording process of D/T,‘Untethered Angel’ was known as ‘Song 4’ to all of us as it was the 4th song written during the sessions. However, there has always been something about this track that just begged for it to be the album opener, even long before all of the songs were written,” explains John Petrucci. “Fear is something that rears its ugly head at some point or another in all of our lives. Fear of the unknown, fear of taking chances, fear of making mistakes. If we are not careful, it can be debilitating and sadly prevent us from realizing our true potential. The world we live in can be a scary place and the thought of an uncertain future a terrifying notion, especially for today’s young people. Untethering from that fear and giving yourself up to the future’s countless possibilities is what will ultimately set you free.’”

The track listing for Distance Over Time is:

In June 2018, Dream Theater secluded themselves in a private location in upstate New York to begin writing for the new record. While spending the summer living together in the property’s adjacent residence, the band spent their days and nights crafting the music that would make up the new album in the ‘Yonder barn’; a beautiful and spacious barn that had been meticulously transformed into a state-of-the art film and recording studio.Following an intense & extremely productive period of group writing sessions and wanting to retain the magic that was captured in this scenic and inspiring location, they decided to record the album in the very room they had all convened to write together in. Living together during the writing and recording for Distance Over Time marked another first for the band’s 33-year career. The result is a heavier collection of songs that showcases the early roots of the band while exploring new territory as musicians and as friends.

Dream Theater is also planning to hit the road in support of the new album. The Distance Over Time Tour of North America was recently announced and kicks off on March 20, 2019 in San Diego, CA. The tour will run for seven weeks before wrapping up in Mexico City on May 4, 2019.

Information on tickets for all upcoming shows as well as VIP packages can be found at www.dreamtheater.net. More tour dates for the worldwide tour will be announced in the near future.