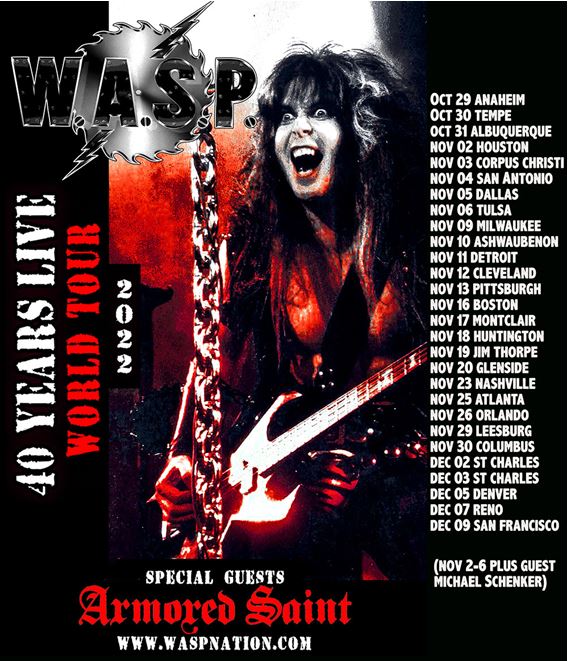 The band will embark on their first U.S tour in a decade and take fans back through 40 years of madness. Coming along for the trek are L.A.’s ARMORED SAINT, who are also celebrating their 40th Anniversary.

Joined by bassist Mike Duda, and Doug Blair whose time in the band is 26 and 18 years, along with drummer extraordinaire Aquiles Priester, they will take the band and the fans back to where it all started, complete with the stage show extravaganza that many fans never saw live

Near or Far... Covering People, Events and Happenings.
Contact us: WillToRock@yahoo.com
Copyright © 2017 Will To Rock!. All Rights Reserved