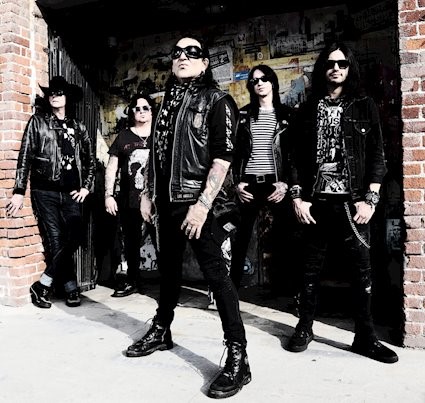 They are currently on the road with Tom Keifer and L.A. Guns for the North American tour ‘Sonic Slam’ plus a series of their own headlining shows across the USA and are elated to be teaming up with global powerhouse record label Golden Robot Records.

Originally formed during the mid ’80s glam rock era, Faster Pussycat have gone on to have a triumph of success with over 2 million plus albums sold worldwide and have accompanied some of rocks most distinguished names on tour such as Alice Cooper, Ozzy Osbourne, Mötley Crüe, Guns N’ Roses and Kiss.

Faster Pussycat has had the rock scene in an ongoing chokehold with over 260k listeners per month on a singular streaming platform – proving that not only are they still a prominent force, but they have also been able to successfully mold to the digital age and maintain stamina: no easy feat. 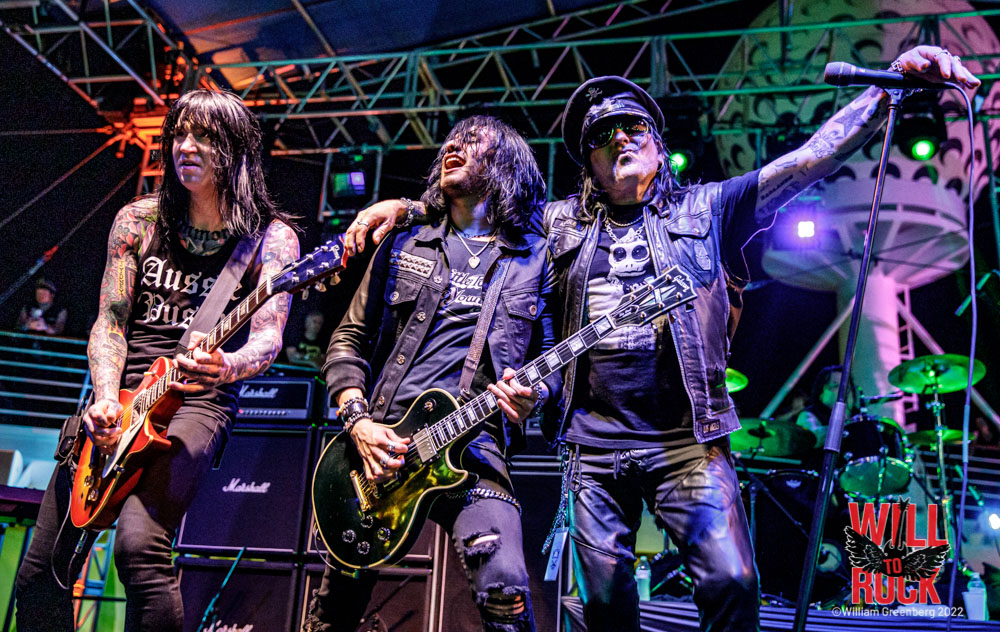 Faster Pussycat, consisting of Taime Downe (Vocals), Sam ‘Bam’ Koltun (Guitar), Danny Nordahl (Bass), Chad Stewart (Drums) and latest addition to the band, Ronnie Simmons (Guitar), have expressed their excitement towards joining the eclectic roster at Golden Robot Records with vocalist Taime Downe stating,
“The band and I are over the moon to join the Golden Robot Records rock-n-roll family! We are super excited to release some of our badass new tunes globally – we know the label see our vision and supports the band and we feel completely at home here.”

The signing is hardly a surprise to those who know Golden Robot Records President and Founder Mark Alexander-Erber with Alexander-Erber having his eye on the band for years before the signing came to fruition earlier this year.
“One of my all-time favourite signings is Faster Pussycat. They really fit in well to our Golden Robot Records family – they have been an integral part of the global rock scene for many years, and I’ve had the pleasure of listening to their new music which we will be releasing. I can tell you that they will be part of the worldwide music scene for many years to come based on the strength of their new music. There are exciting times ahead!” stated Alexander-Erber.