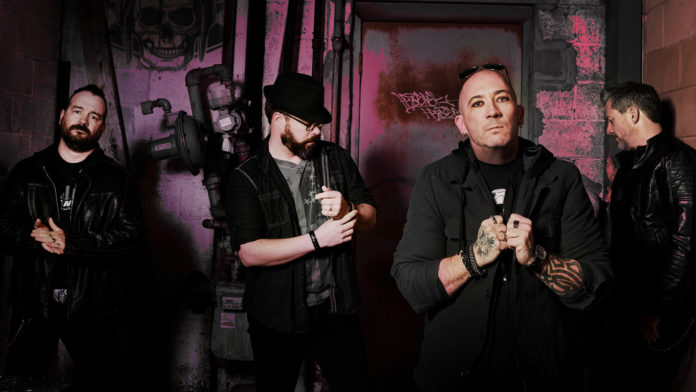 That gritty, raw, Rock from the golden days of the Sunset Strip is alive and very well, it just happens to be 2600 miles away in Baltimore, MD.

American Jetset, the Maryland based rockers are creating a scene for themselves.  Formed late last year by singer guitarist Ian Kaine MacGregor, they have already released a killer, 5 song EP, “Live Love Die On Main” (Free download links below) full of catchy riffs with an old-school 80’s RAWK sound; have a video for their song “Go It Alone” on the way (Feb 14th); have a pre-M3 show lined up with Every Mother’s Nightmare and Kickin’ Valentina and an upcoming East Coast date with Faster Pussycat. Their star is quickly on the rise… 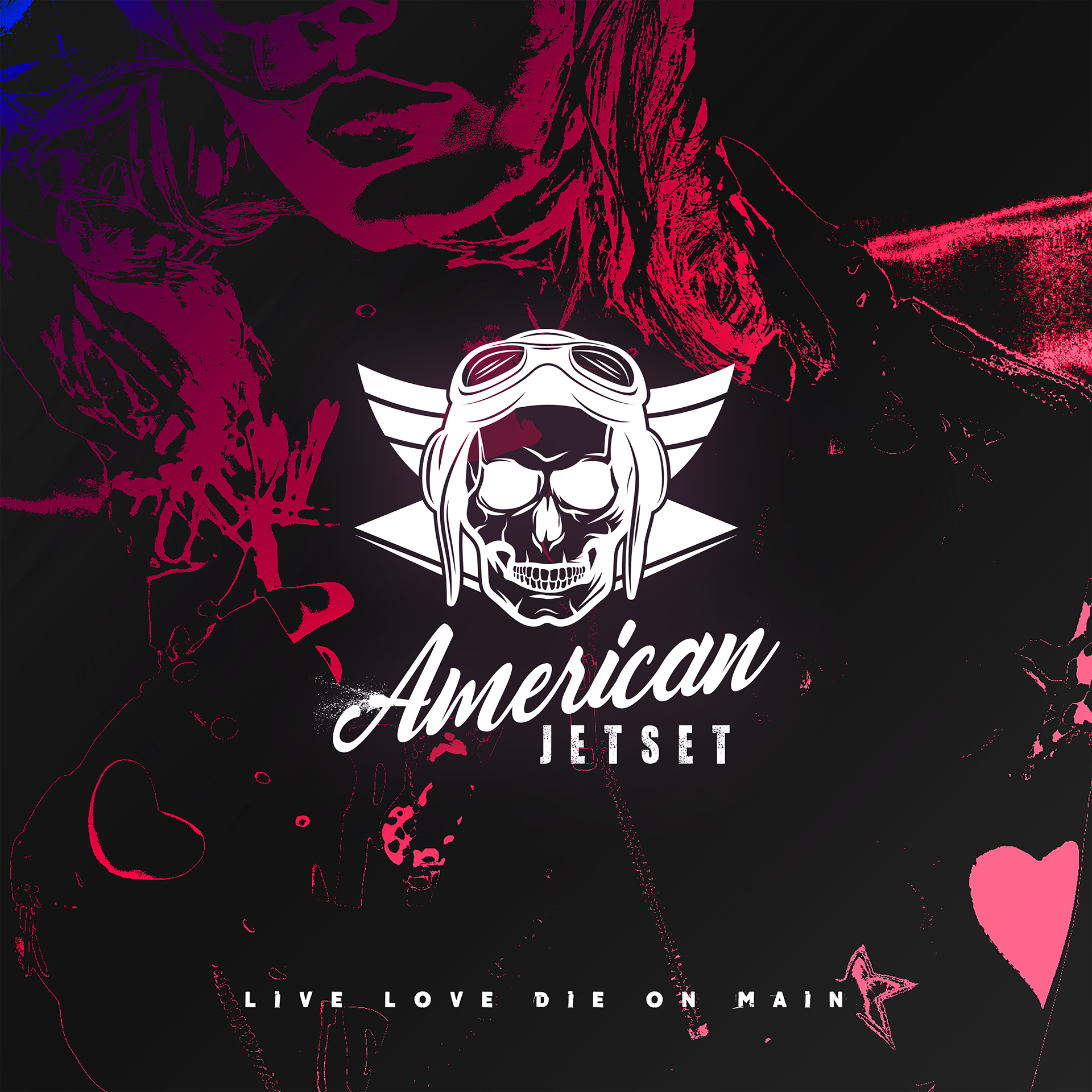 WillToRock talked with Ian and Jeff from the band to discuss, American Jetset.

WTR: So, American Jetset, on the surface, seemed to come together pretty quickly late last year.  Did it really happen just like that?

IAN: It might look that way but it was brewing for a while. I was playing in another band that I really wanted Jeff to play in, but no dice. He was really digging into the M3 scene and our conversations about the festival really brought back memories. You could say that the seeds of Jetset were planted then. A year later in October of 2018, I was watching the new Jetboy video saying “I want to do THAT again.”

JEFF: …and that’s when Ian called me to talk about about doing this. A week later we had 5 songs written!

IAN: When we knew the songs were right, everything else just fell into place.

WTR: How did you find one another?  Did any of you know each other before the band formed?

JEFF: I knew Ian from playing shows when he and I were in bands that played together a lot 10 years ago.

IAN: Yeah, and I’ve also known Kevin forever. He’s one of the biggest music fans I know and a great guitar player. When he found out we needed a bass player, he picked up a bass and volunteered for the job. Lance was the final puzzle piece. Originally, I was going to be the only guitar player and had no intention of singing. Once rehearsals kicked in, I couldn’t help myself. So we put up an ad and Lance looked and sounded the part. When we got together it was totally seamless and not only with music, we all got along from go.

WTR: Your sound is a true throwback to the gritty days of the sunset strip like Faster Pussycat, GnR?  Was that intentional?

IAN: Our idea was to write music that was a tribute to the music we grew up on. That said, we didn’t say “let’s try to sound like this or that.” We just wrote songs and what you hear is what came out. It definitely reflects our common influences – LA Guns, Faster Pussycat, Junkyard, Jetboy, and early Gn’R.

WTR: Are these the bands that were your main influences?

JEFF: For me, I always loved the grooves of Tommy Lee (Moteley Crue), Mike Bordin (Faith No More, Ozzy) mixed with dirty guitars.

IAN: I think we’re all kind of misfits that like a bit of everything. Personally I grew up on a heavy mix of hard rock and alternative music…everything from Slayer to The Smiths. I know Kevin has a similar background and is a huge INXS fan. I know Lance loves the Crue and is a mammoth Richie Kotzen fan too. Now that I’m thinking about it, Motley might be the glue to this whole thing.

WTR: What other bands would people be surprised to know that you have in your catalog.

WTR: Is there a main songwriter in the band?

IAN: While I’ve written most of the songs we’re playing at the moment, that’s rapidly changing. Lance has brought a ton of material to the table and Kevin and Jeff are contributing arrangement ideas as well. I would say that the songwriting liner notes on our next release will look quite different.

WTR: I saw you announced your debut show at the Metro Gallery in Baltimore on March 23rd…  How are rehearsals going for that show and what can the audience expect?

IAN: Rehearsals have been insane. Each builds on the other and what people can expect is an absolutely killer stage show with really loud guitars. 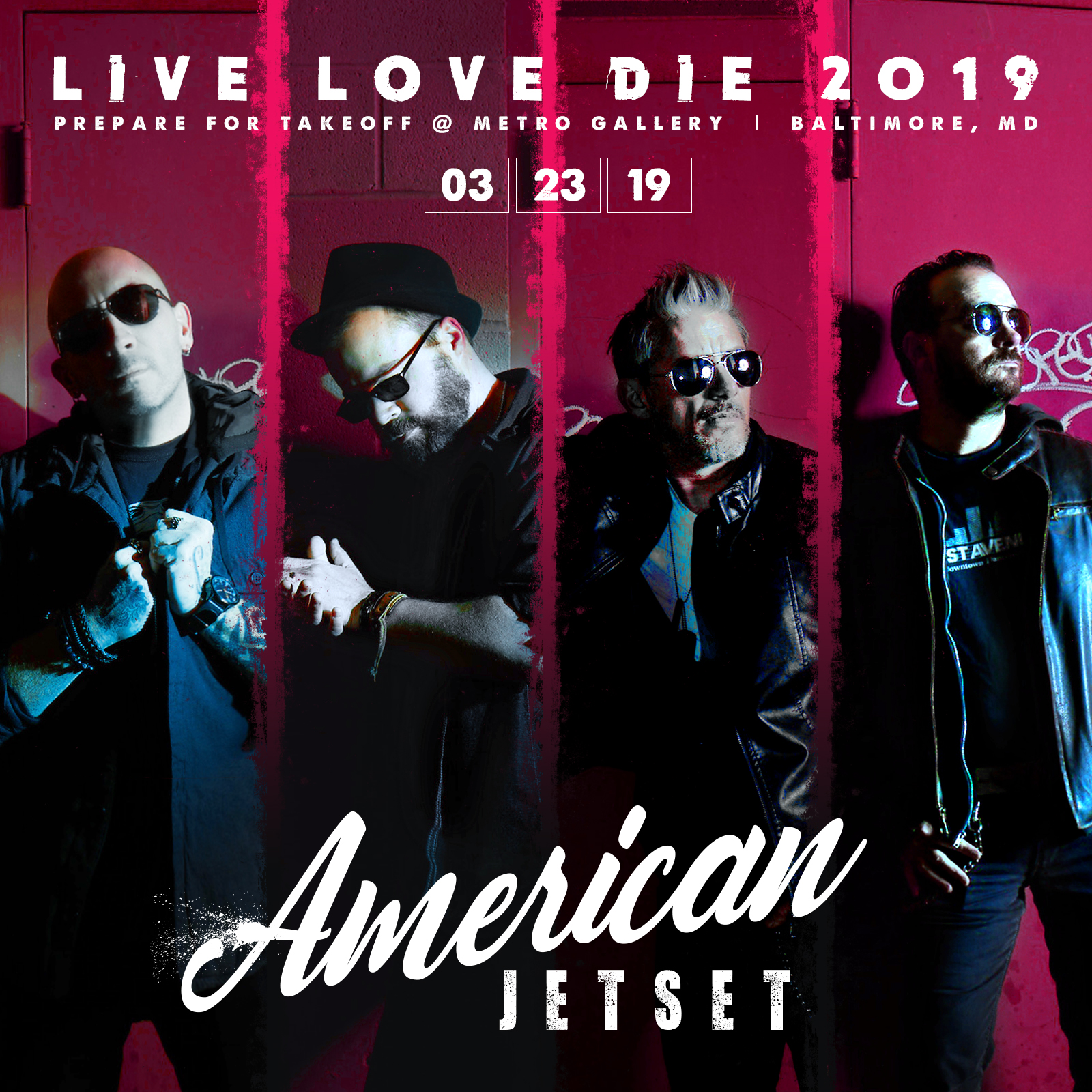 WTR: After that you recently announced that you’ll be opening up for Every Mother’s Nightmare in May, that’s a great vote of confidence for your second show. How did you end up on that bill?

IAN: I actually helped put that bill together. We’re in Maryland, the home of the M3 Rock Festival, and our goal was to play one of the official pre-shows for the event. Unfortunately we had a hard time getting the promoters to bite. Since the M3 crowd loves EMN, I reached out to see if they’d be interested in doing a pre-show with us and when I got the thumbs up, I took the idea to another promoter in Baltimore and it all came together quickly. Once Babylon Shakes came into the picture we knew we had a perfect bill. (Kickin’ Valentina has now been added to the show)

WTR: After that what is next on the agenda?  Tour?  Just one off shows here and there?

IAN: We’re not doing traditional “tours” but every show is strategic and we’re already booked through the summer. The big news is that we’ll be opening for Faster Pussycat when they come through the Mid-Atlantic for their “Return to the Sunset” tour. I can’t share venue or dates yet but it’s happening and how badass is that? You start a band and six months later you’re playing with the very band that influenced half of your music. Insane!

WTR: Any plans to tour/play on the West Coast?

IAN: I spent most of the last decade touring and when we started this band I swore up and down I would never step back into a van again. Then the possibility of doing a festival in Europe came up out of the blue and everyone was into it. We’re certainly motivated and confident enough to tour but it would take something special to pack up our gear and hit the road for 3 months. As for the West Coast, I love LA so I’m always trying to get back when I can. If I was a betting man, I’d put money on our band playing LA or a small string of CA dates within the next year

WTR: For someone who’s never heard of your band, what would be the main thing you’d want people to know?

IAN: We are for anyone that wants to see a rock & roll revolution in music. Are you tired of bands that play to a click or use backing tracks? We’re for you. Are you sick of overproduced pop and are dying for loud guitars? We’re for you. We just want to have fun playing and to share that with our audience. If you also happen to dig our influences, you might get even more out of it. Can’t wait to see you at a show