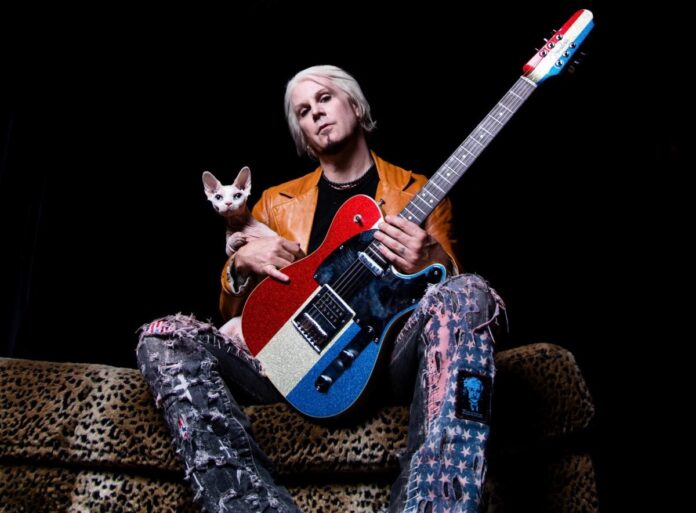 To Hit The Road Across North America In Spring 2022 With

With Support From The Haxans* 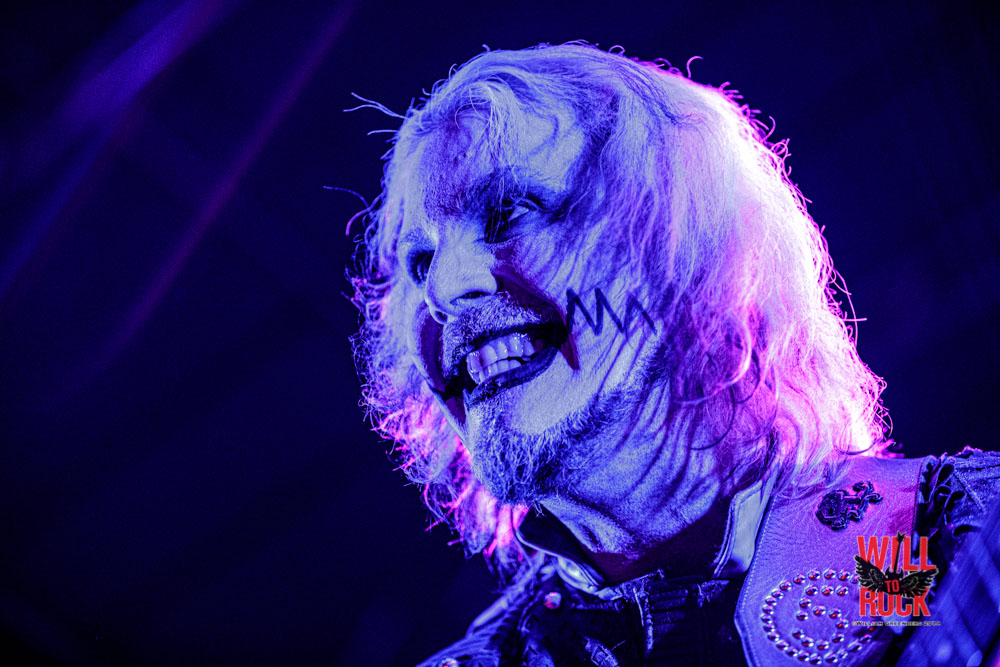 Wednesday, December 15th, 2021 – Incendiary guitarist & solo artist JOHN 5, who was recently voted as #7 on Ultimate Guitar’s Best Metal Guitarists In The World list, has announced today that he will be hitting the road, along with his band, THE CREATURES, in the Spring of 2022 for The SINNER North American Tour. Performing hits from his expansive solo career including songs from his recently released, critically acclaimed studio album SINNER (via Big Machine Records). The SINNER Tour goes on general sale on Friday, December 17th at 10am EST from John-5.com.

The North American run, announced today, will see JOHN 5 & THE CREATURES hit 27 stops across the country on The SINNER Tour. The tour kicks off in Roseville, CA on April 21st and will culminate in a very special 3-night run at Iridium in New York on July 9th, 10th and 11th. It also includes two shows supporting Fozzy in Houston (4/29) and San Antonio (4/30) a performance at world-renowned festival Welcome To Rockville in Daytona Beach, FL (5/21). JOHN 5 will also be welcoming new creature to the band. The SINNER Tour will be the first time fans get to see new drummer Alex Mercado perform live as part of THE CREATURES.

“I’m so excited to hit the road and see old friends and new friends alike. I’ve been so thrilled by the reaction to the release of SINNER, I can’t wait to get on stage and truly bring the songs to life for the first time with my fans. Having The Haxans join us on this tour is going to be so fun. Their brilliant “monster party” energy will be a perfect opener for my crazy stage show. This tour is going to be a lot of fun. Don’t miss it!”

Joining JOHN 5 & THE CREATURES on tour as special guests on most dates will be spooktacular duo THE HAXANS, featuring John’s fellow Rob Zombie bandmate Piggy D and Ash Costello of New Year’s Day.

Be sure to snap up your tickets and special meet & greet packages from www.John-5.com when general on-sale hits on Friday, December 17th at 10am EST. 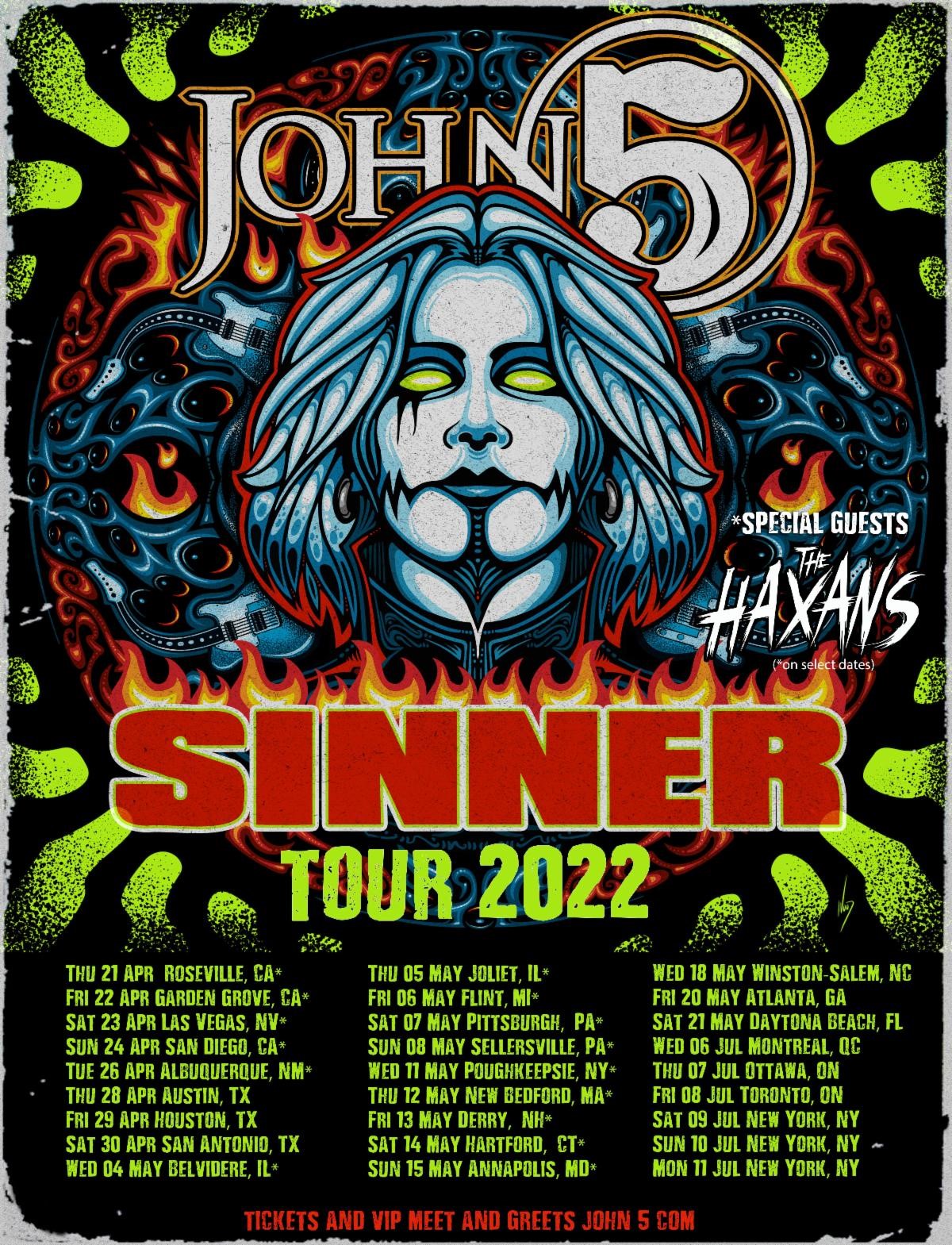 JOHN 5 dropped his new solo album, SINNER back in October, the album was highlighted by the release of singles “Que Pasa” featuring Dave Mustaine and “Land of The Misfit Toys” which was accompanied by a cinematic music video set in 1980, that tells the tale of a young John Lowery who stumbles into a haunted house and becomes possessed by an entity. This entity gradually turns him into the guitar shredding, face-painted icon we all now know as JOHN 5.

SINNER is ten tracks of pure JOHN 5, summoned with the same mix of vibrant energy and passionate emotion beloved by fans of his work as guitarist for Rob Zombie, David Lee Roth and many more. The album was produced and mixed by Barry Pointer at Riott House Studio in North Hollywood. Drums were engineered by ex-Guns N’ Roses guitarist Gilby Clarke at Redrum Recording in Los Angeles. To date, the album has clocked up over 500,000 streams and 502,000 YouTube views to date. Find the album on streaming services here

News: METAL CHURCH to Release “Damned If You Do” on Rat...