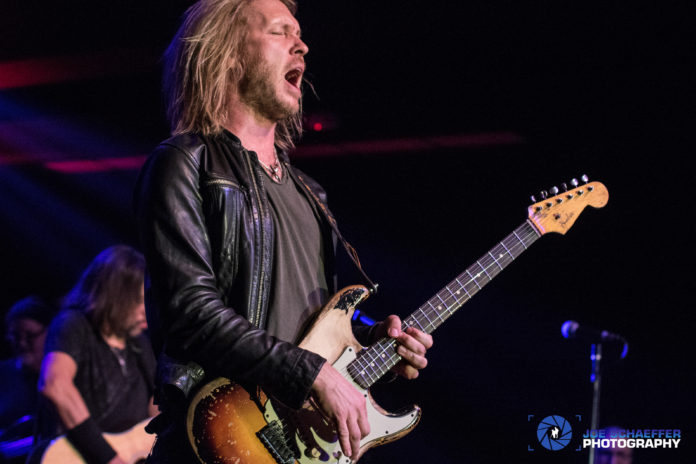 Kenny Wayne Shepherd first exploded onto the national music scene in 1995 with his debut album “Ledbetter Heights” at the age of 18. The follow-up, “Trouble Is…” marked the beginning of a partnership with vocalist Noah Hunt that has lasted 20+ years. 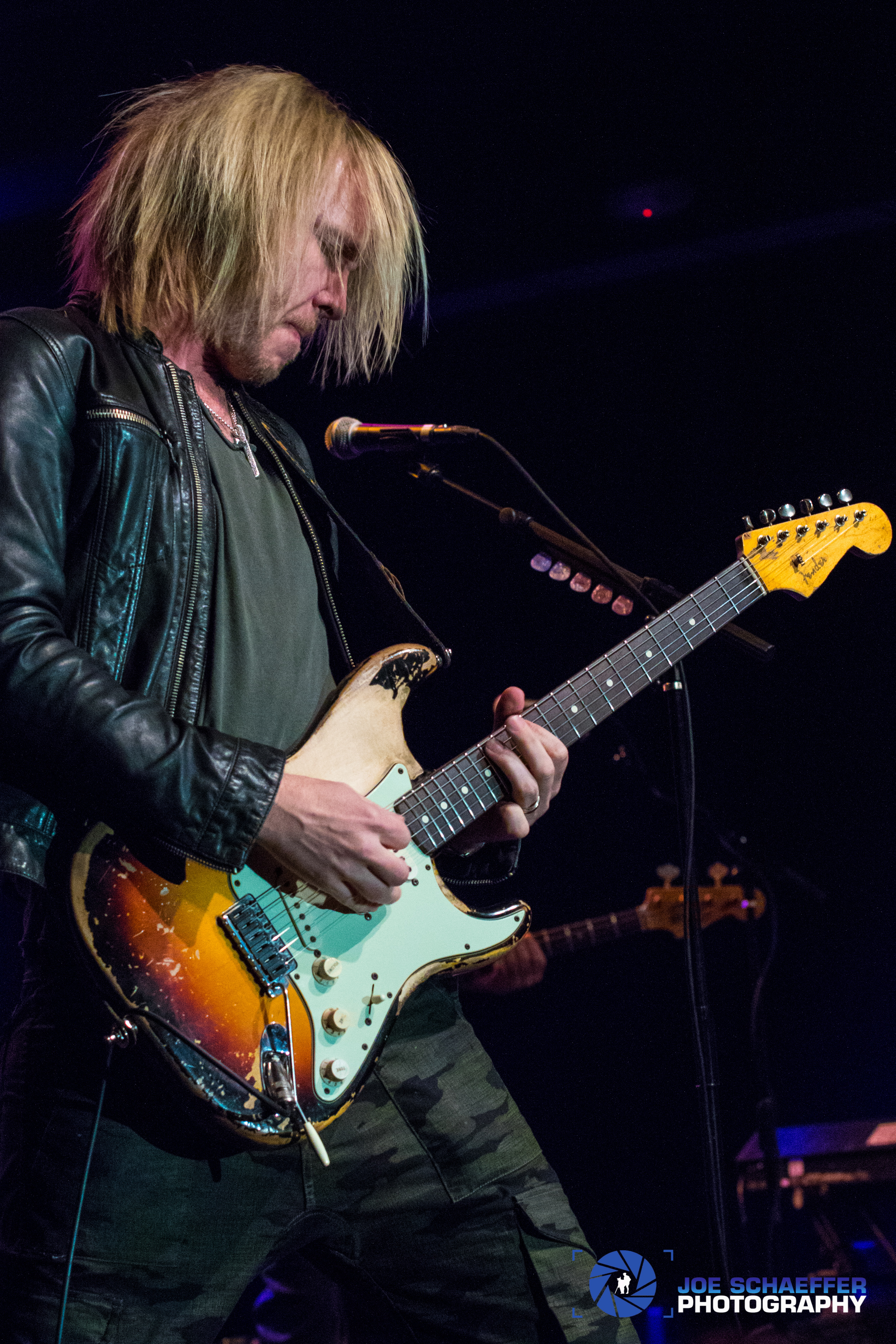 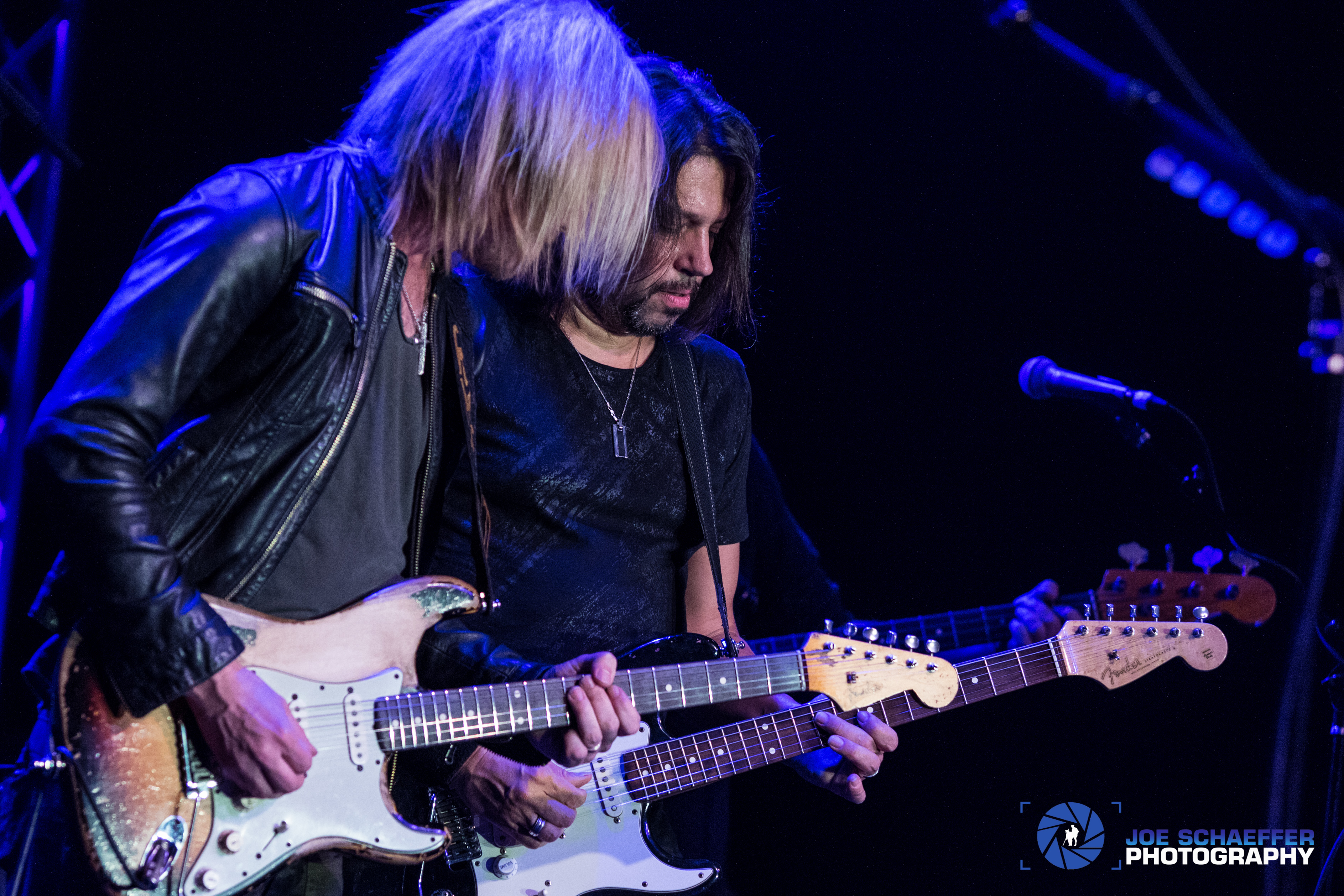 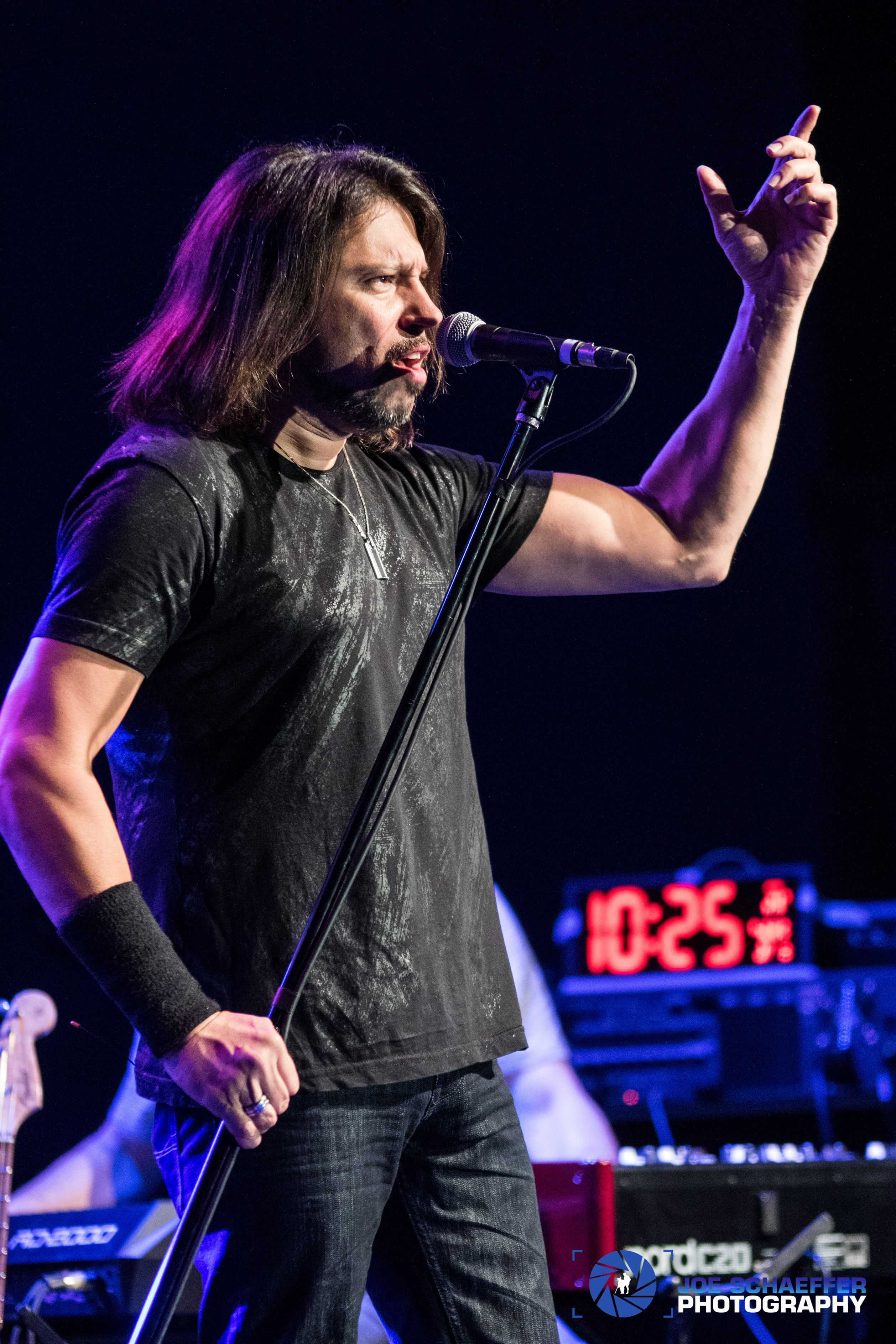 Shepherd is absolutely one of the best blues rock guitarists around today. His band is powered by the outstanding rhythm section of bassist Kevin McCormick and Chris “Whipper” Layton of Stevie Ray Vaughn’s Double Trouble behind the drum kit. Chris is also a member of the Rock and Roll Hall of Fame. Keyboards are supplied by the venerable Joe Krown. We now come to Noah Hunt, who on lead vocals performs in a style that is very reminiscent of the great Paul Rodgers. Hunt’s profound and lofty voice meshed flawlessly with Shepherd’s singing and guitar licks which had fans howling and grooving. Kenny has also become a much more secure singer, as evidenced by the fact he takes lead vocals on quite a few of tonight’s nearly two hour show. 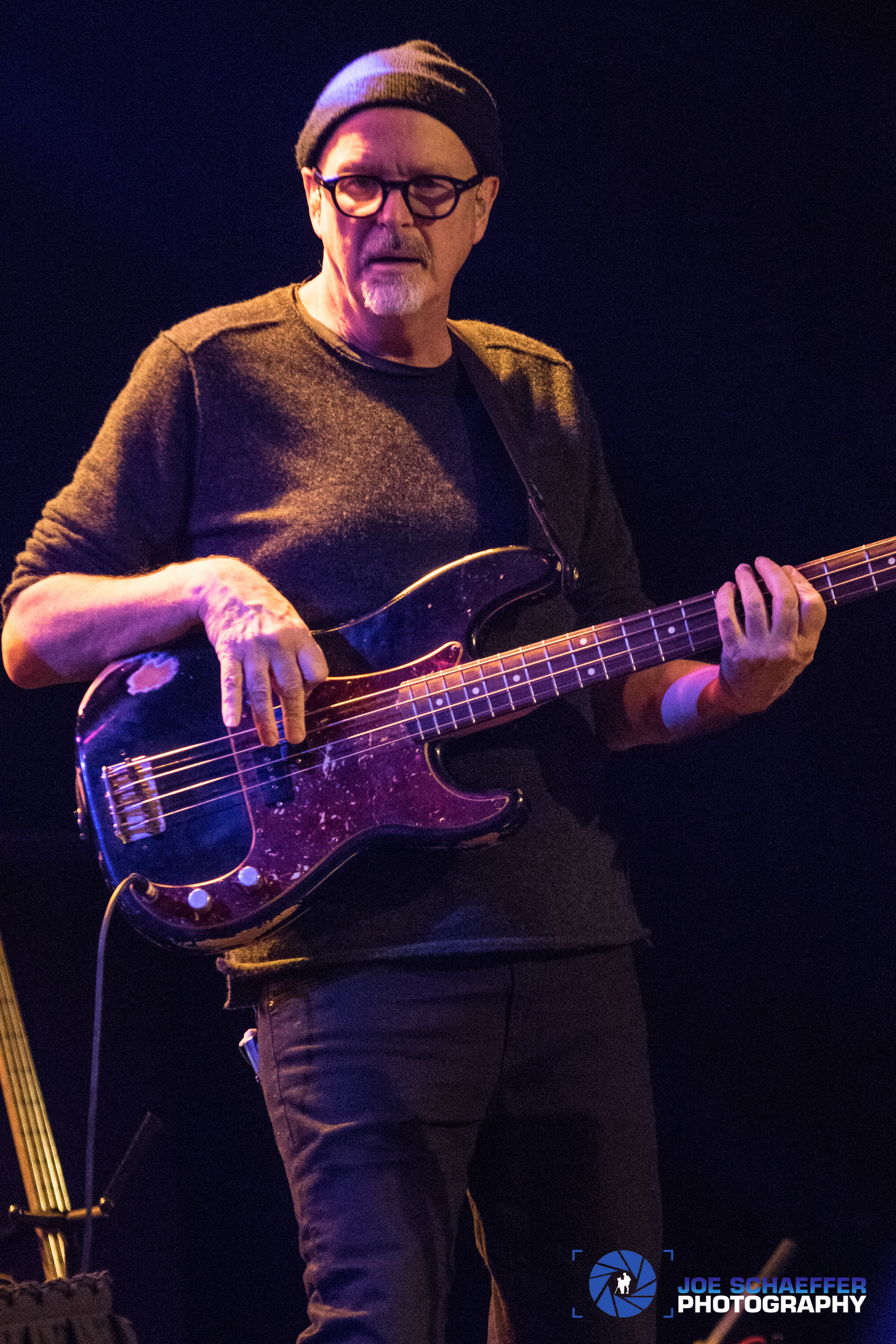 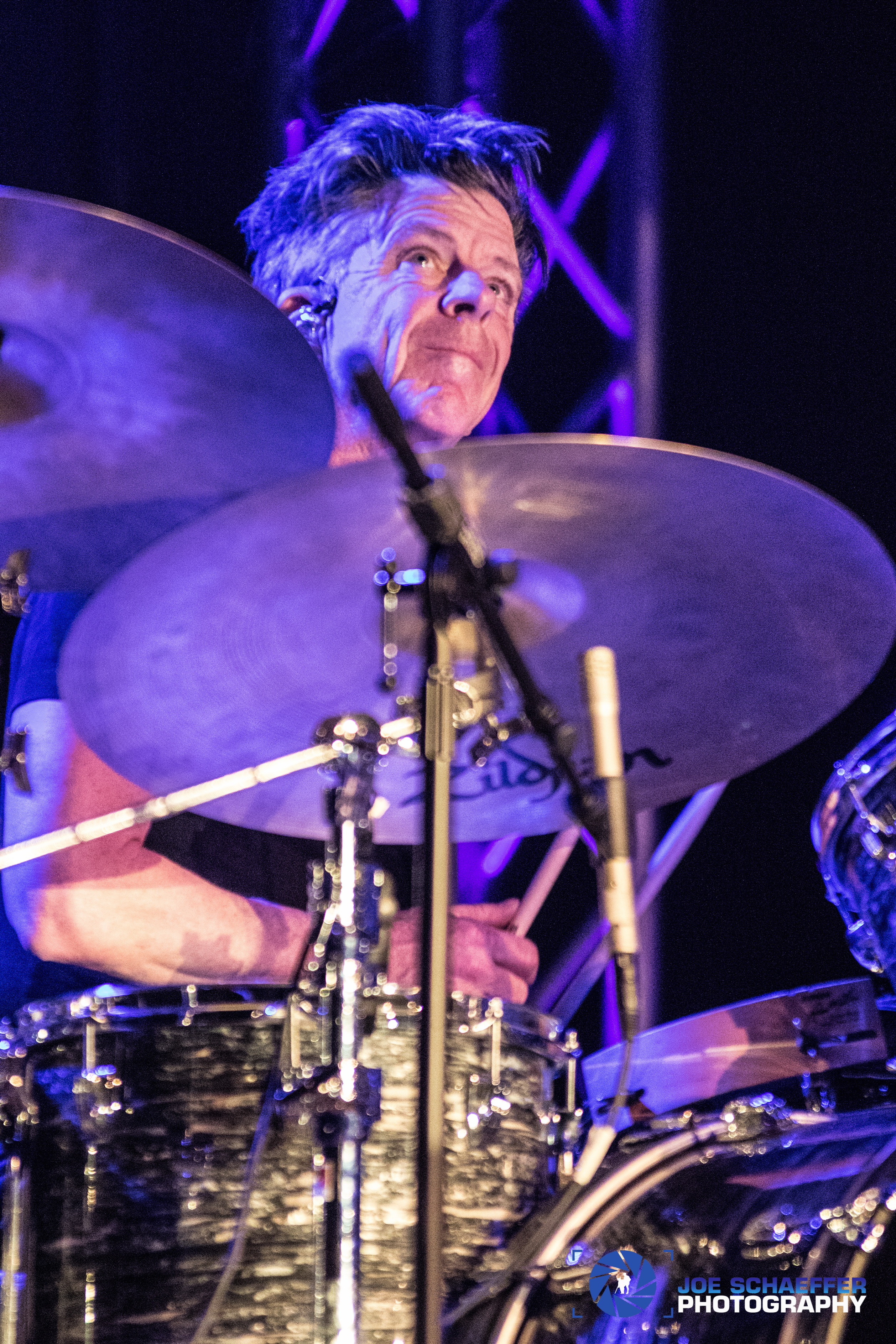 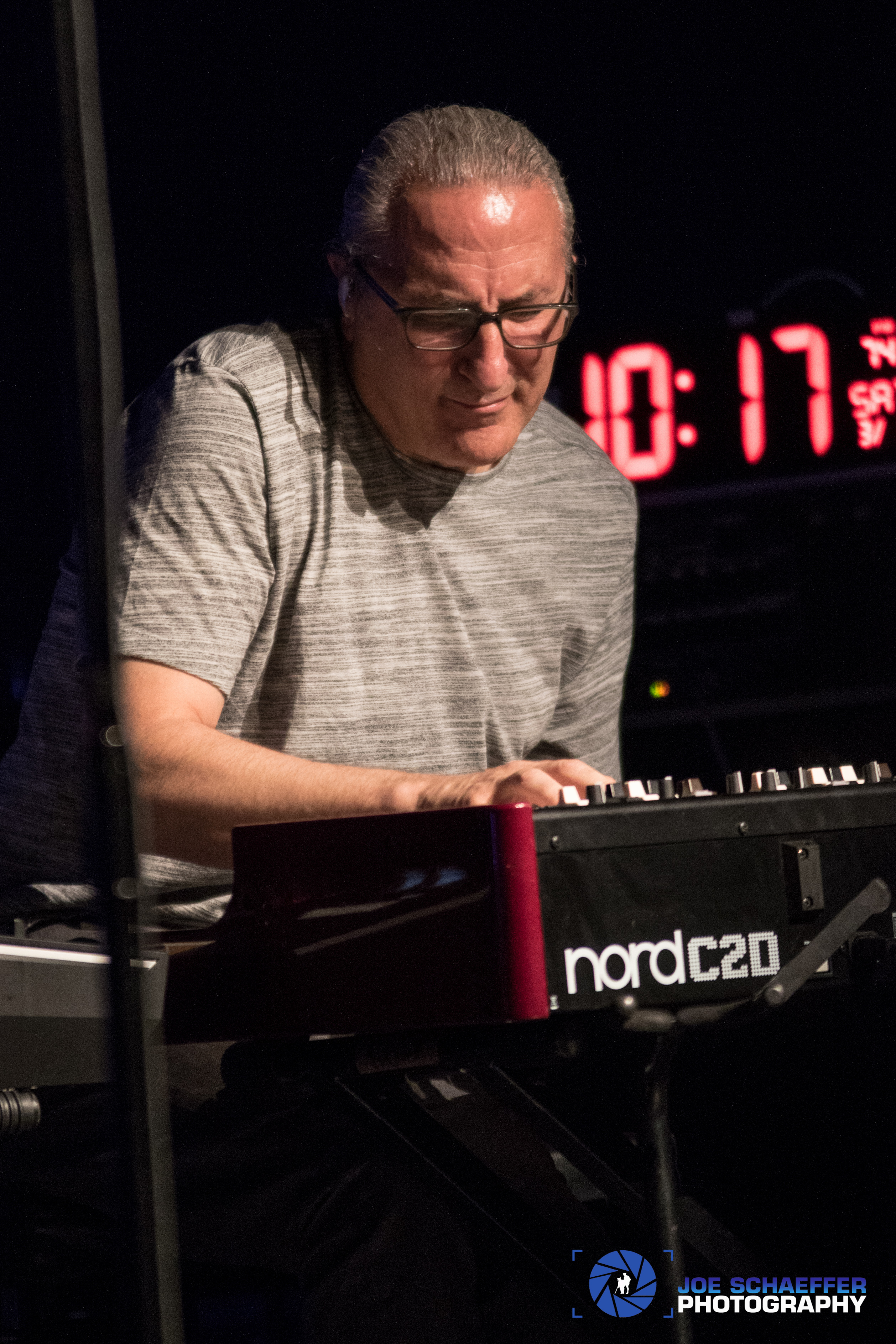 Fast forward to 2018 and we find Kenny and his band having a newly released album titled “Lay It on Down” (Released in August 2017). (https://www.amazon.com/Down-Kenny-Wayne-Shepherd-Band/dp/B072589HKN) They gave the audience a good chunk of that featuring several of its songs. “Ride of Your Life”, “Baby Got Gone”, “Diamonds & Gold”, “Nothing But the Night”, “Hard Lesson Learned” and “Down for Love” were all played from the new CD. 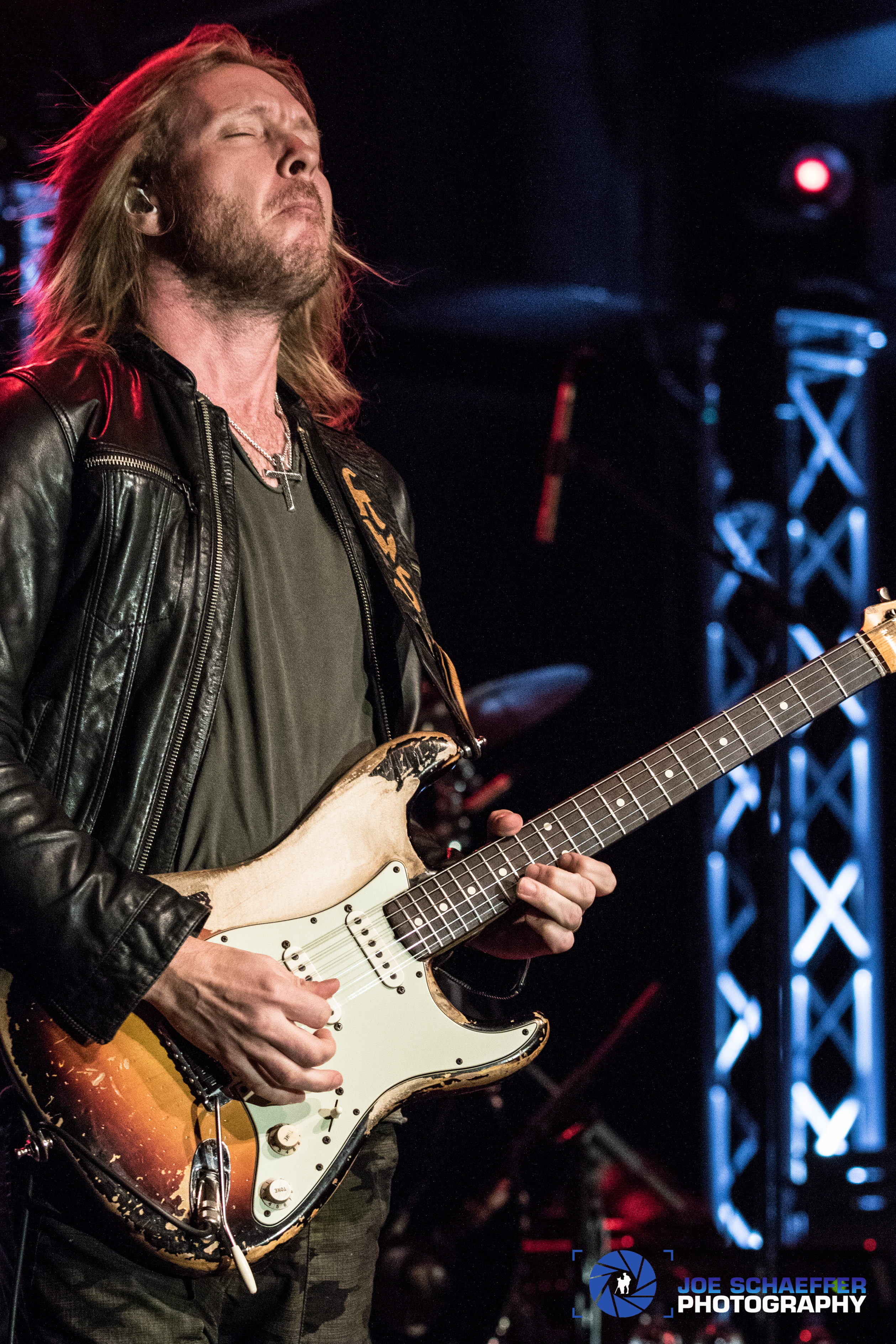 The show also gave us a nod to blues legends Elmore James and B.B. King who are undoubtedly two of the best at their craft. For good measure they also threw in a ripping version of the Stevie Ray Vaughan classic “The House is Rockin” and an equally stellar version of the Jimi Hendrix tune “Voodoo Chile”. 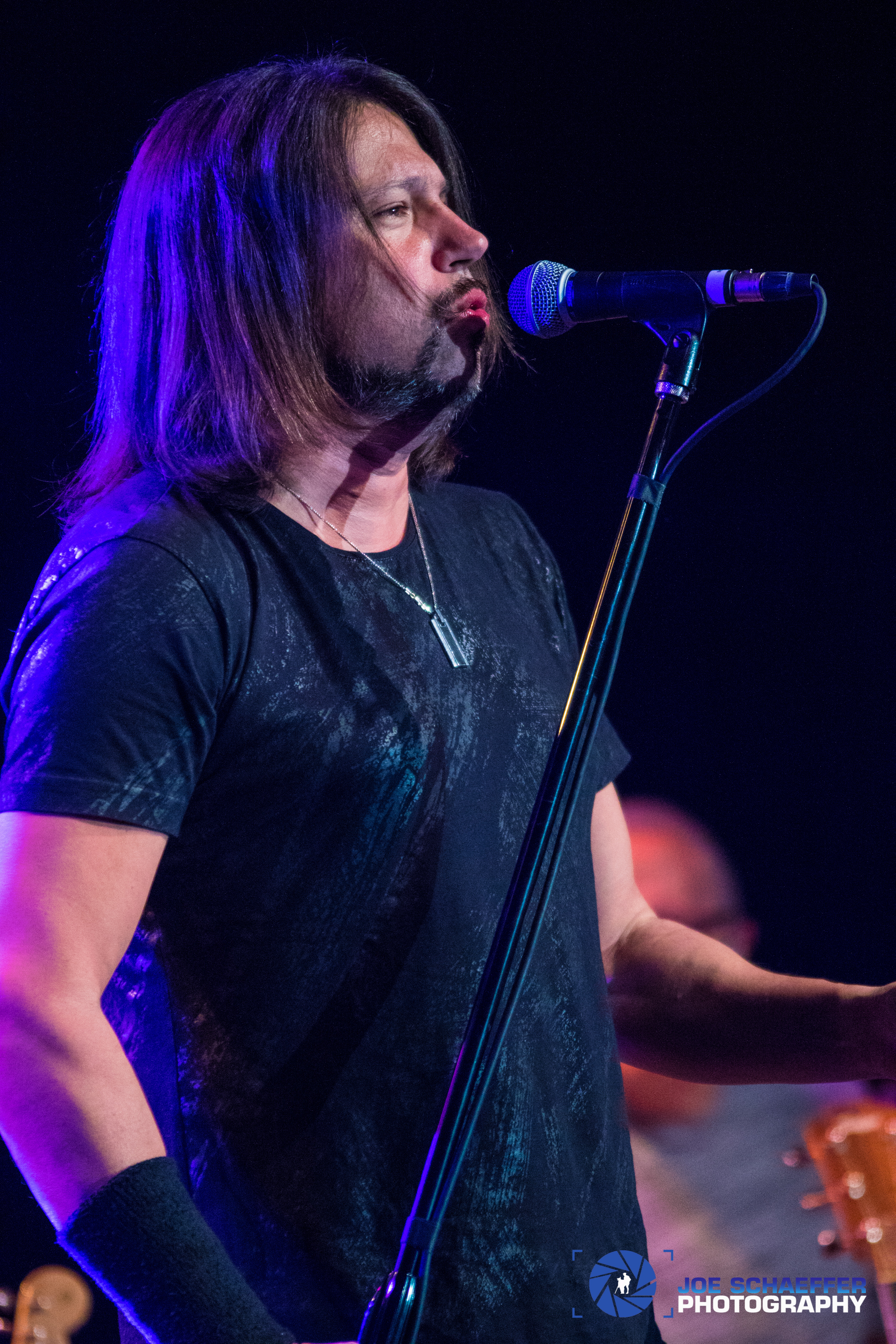 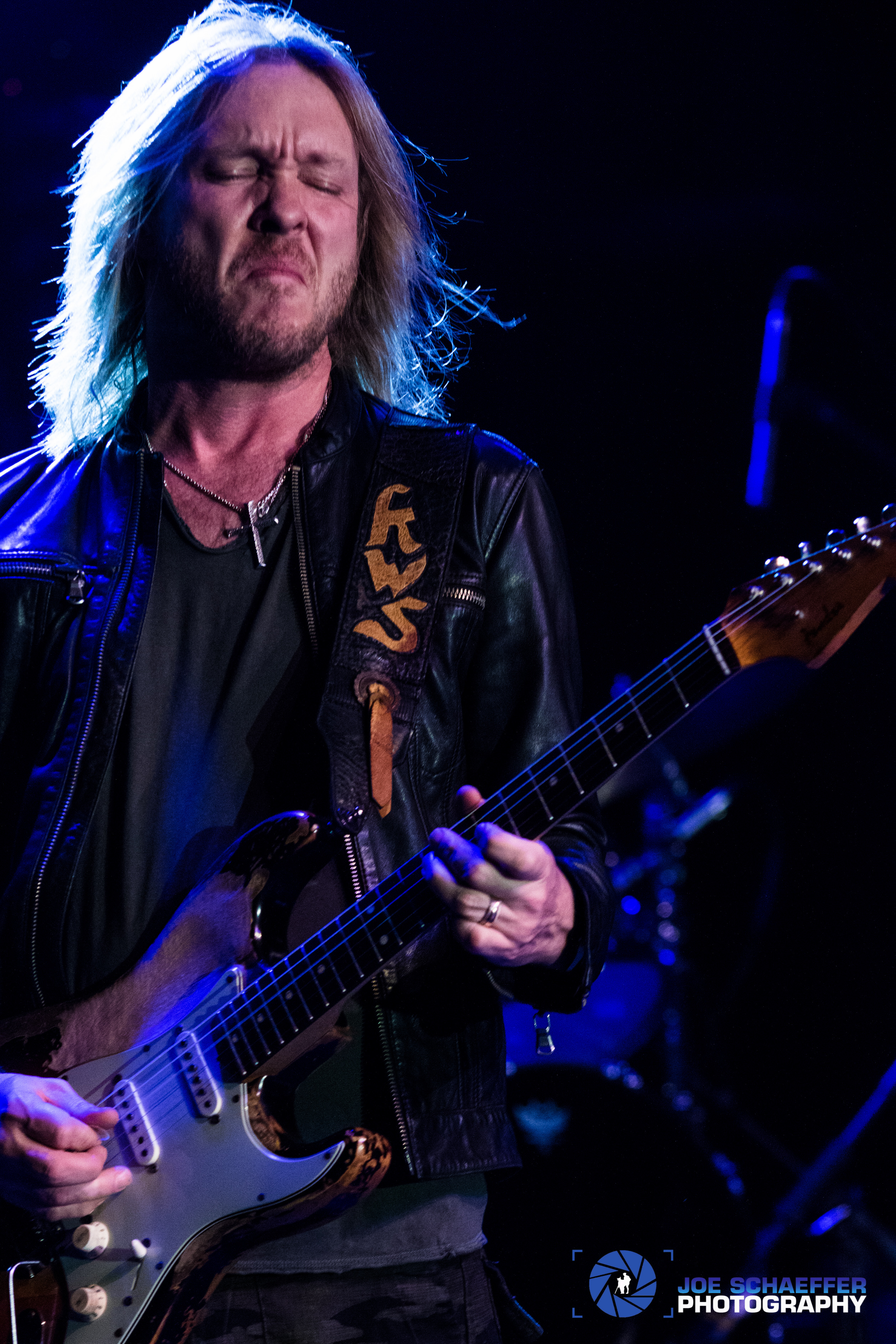 Of course we got classic Shepherd tracks including “Deja Voodoo”, “Born with a Broken Heart” and “Blue on Black”. A well mixed set of old and new for sure. 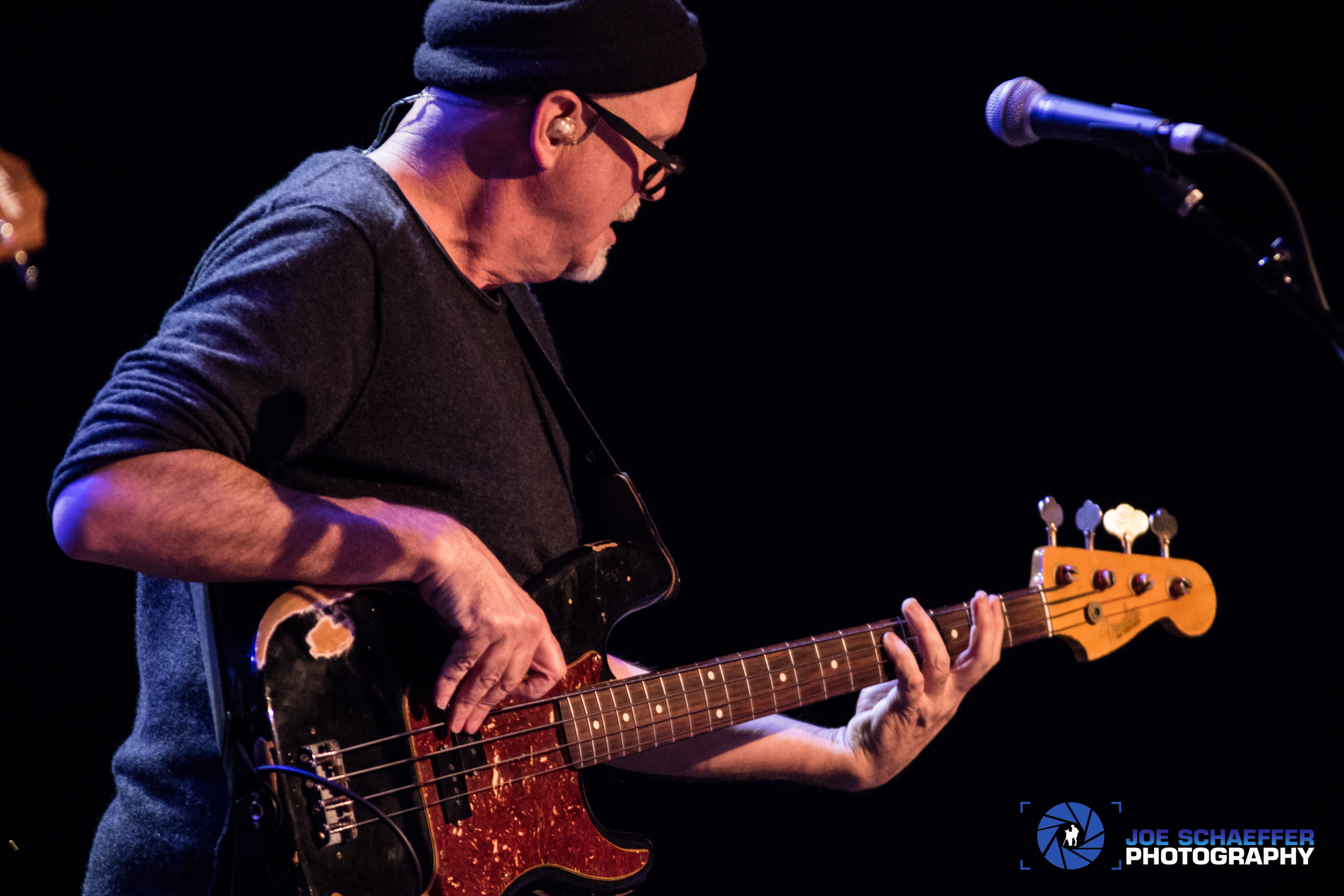 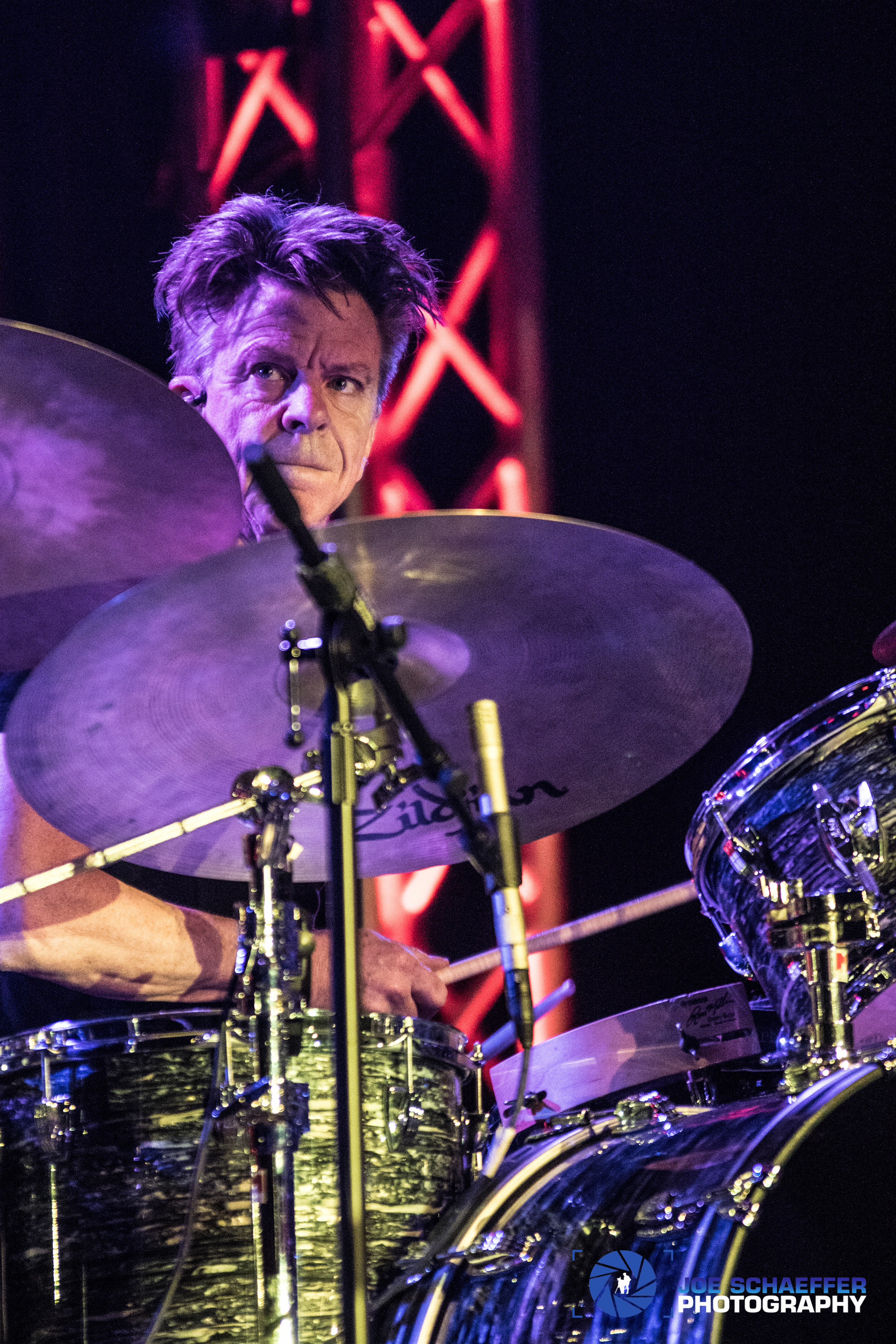 In short, Kenny Wayne Shepherd was simply amazing. The skill with which he played and the quick transitions from song to song was nothing short of extraordinary. I highly recommend anyone who hasn’t seen him to get tickets for the upcoming tour.

THRICE with THE BRONX & TEENAGE WRIST at North Seventh Philly...