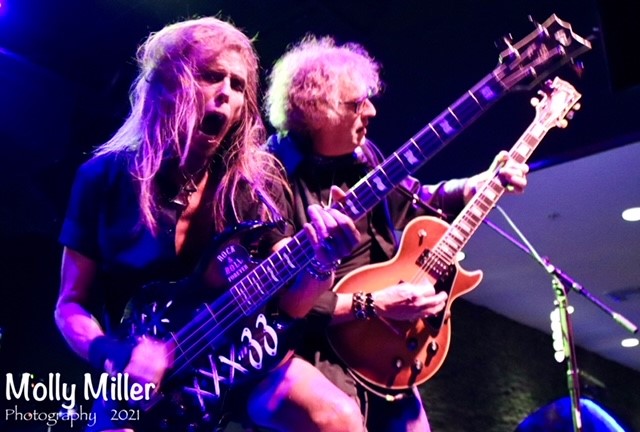 Molly Miller was on Scene and Heard…

To start, as a venue, The Canyon Club in Santa Clarita, situated at the entrance of a mall, is a hidden gem. This is a smaller sized venue with a large open-floor in the center with two full-bars on each side of the stage. The seating is shallow and wide, so if you are seated at a far side of the floor, your view may be obscured by pillars or sound equipment. If you are lucky enough to purchase one of the seated tickets at the tables in front of the stage, you are practically sitting on the stage. All-in-all, this is a great venue and I will be back here time-and-time again. 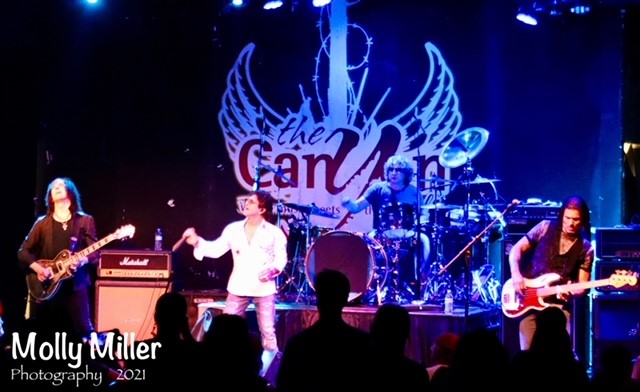 And onto the show… XYZ frontman, Terry Ilous, announced at the beginning of the show that Pat, Tony, and Joe would not be joining the lineup for this show due to illness. However, the special guests filling in were remarkable: Sean McNabb (Lynch Mob, Dokken) on Bass, Steve Fister (Lita Ford) on guitar, and Greg D’Angelo (White Lion) on drums. 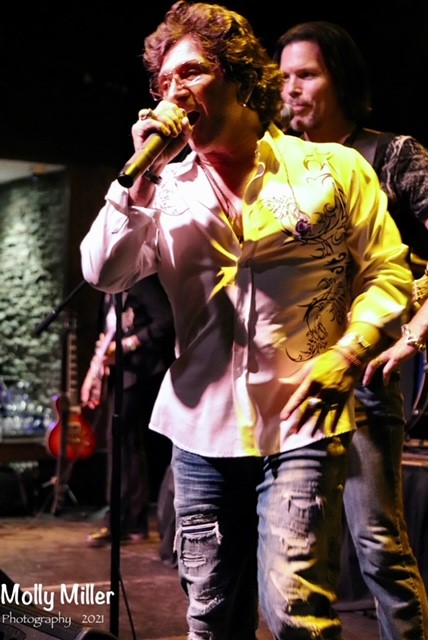 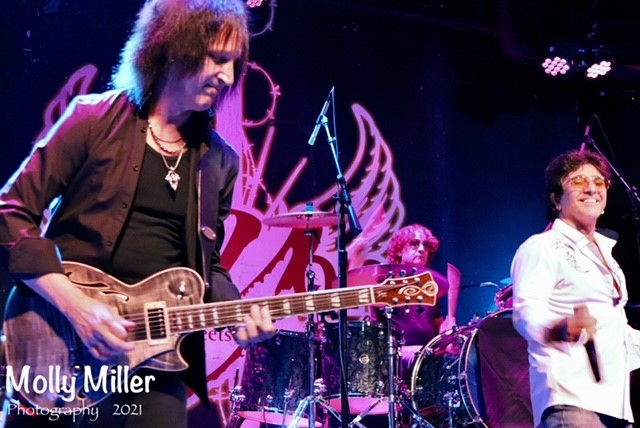 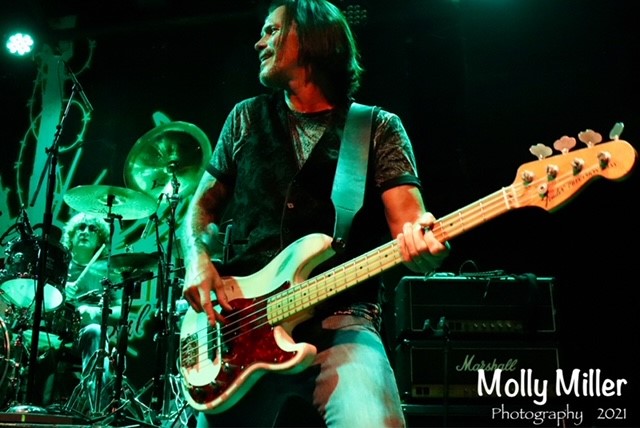 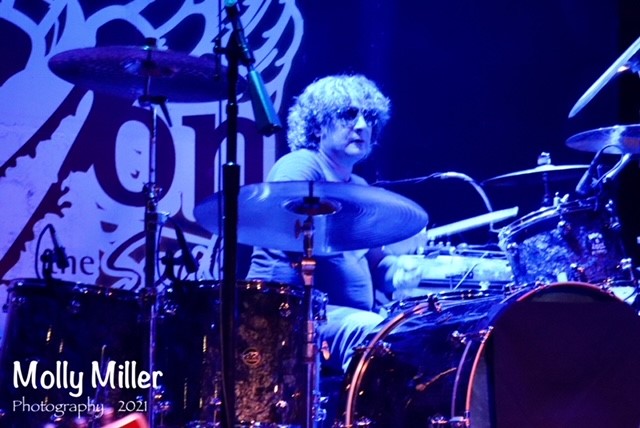 Throughout the show it was clear that the crowd appreciated special guests filling in so that XYZ could still perform as an opening act for Kingdom Come. After the lapse in concerts recently, we all chose to “Take What You Can” and rocked-on to a combination of XYZ classics as well as some songs from others! 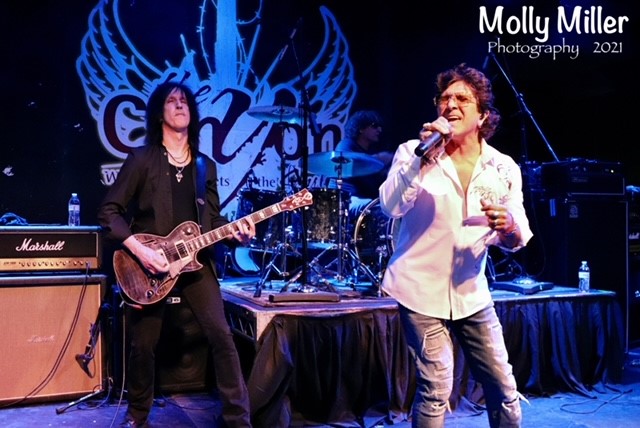 Terry Ilous’ presence alone brought positivity to the room and his expressions made it clear how exciting it was to be on stage again. He was beaming just as much as the light reflecting on his bright-white shirt! Ilous even performed a tear-jerking “After the Rain” acoustic solo on stage which put the focus back on him being the lone representative of XYZ this night, which got the crowd singing along with him. 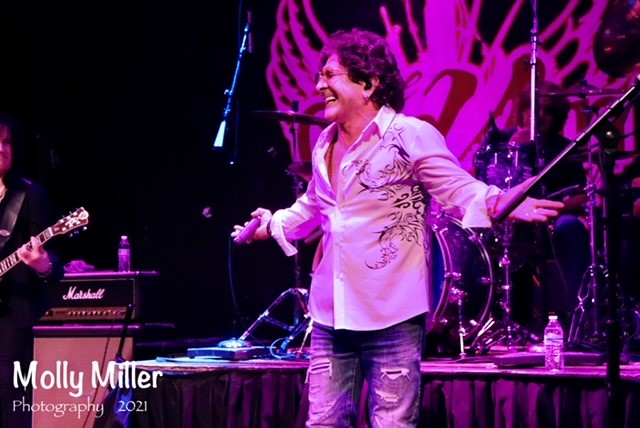 Sean McNabb is always a favorite and not only interacts well with the crowd while he is on-stage, he is personable to the fans after the show too, offering to take photos and chat with them.  Steve Fister is undoubtedly a fantastic guitarist; The one time guitarist for Lita Ford, you can tell how comfortable he is stepping in at the last second and providing an amazing performance. Same can be said for Greg D’Angelo who kept the momentum going for the whole set! 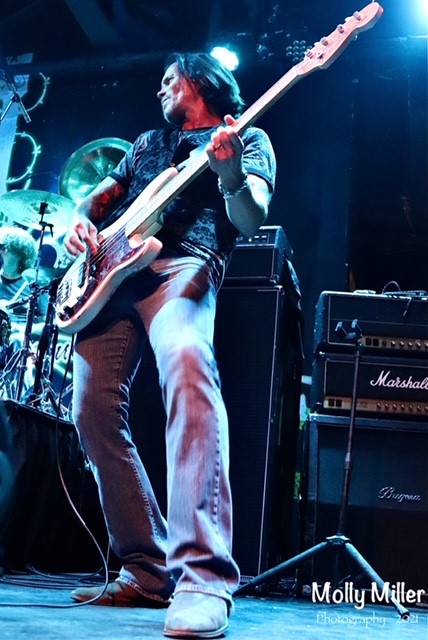 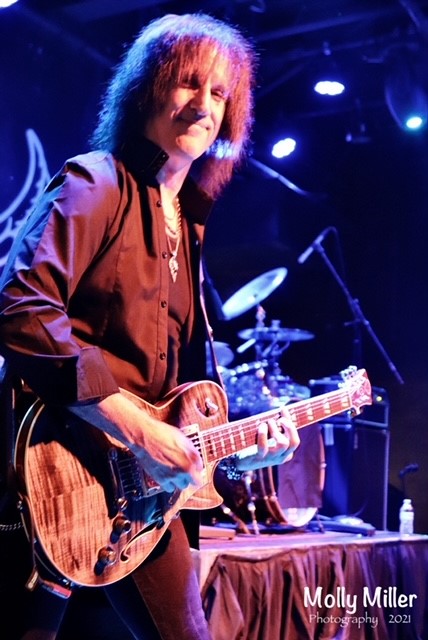 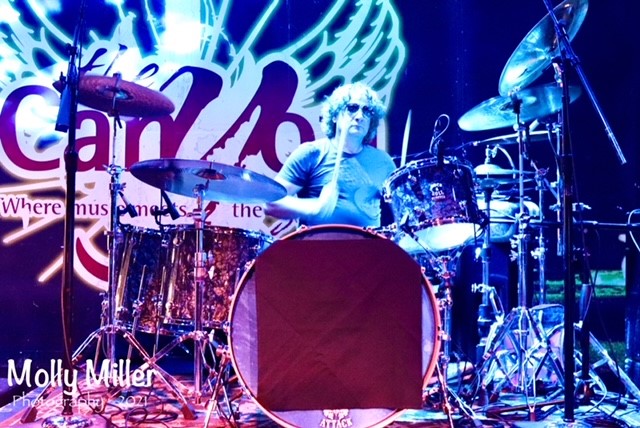 Did I mention that they only rehearsed for about 15 minutes before taking to the stage? Now that is quite a talented group of individuals!

The group sounded great and were real crowd pleasers, but it was clear that many people missed Pat, Tony and Joe. We are hoping to see XYZ complete and touring again after everyone is feeling better! Fantastic job to Terry Ilous for getting a band together for the fans. That’s “What Keeps [us] Loving You.” 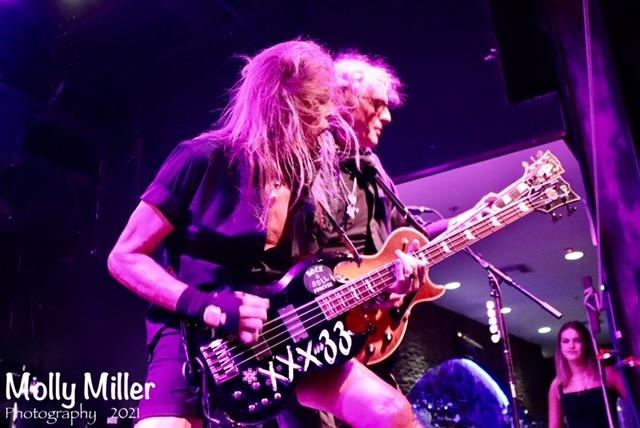 Kingdom Come left nothing to be desired. The guys delivered on every hope that I had from them. Over the past year and a half, we have all been “Living Out of Touch”, but Kingdom Come did not miss a beat. More Kingdom Come shows will be in my future! 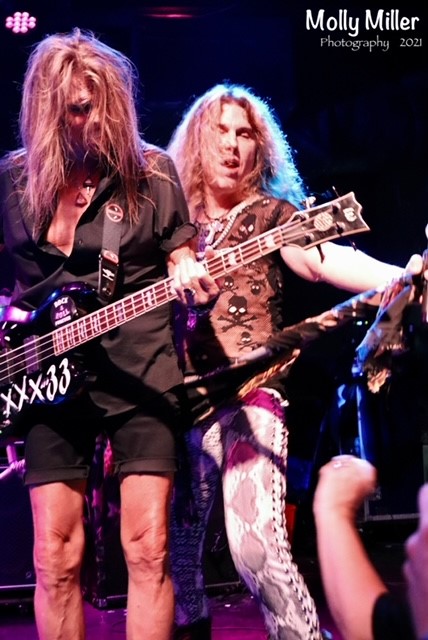 I am pretty sure that Keith St. John taught me “What Love Can Be”, just from his stage performance. He has the voice, the attitude, and of course, the hair. He has an ability to capture the audience and hold their focus like very few vocalists I have seen. 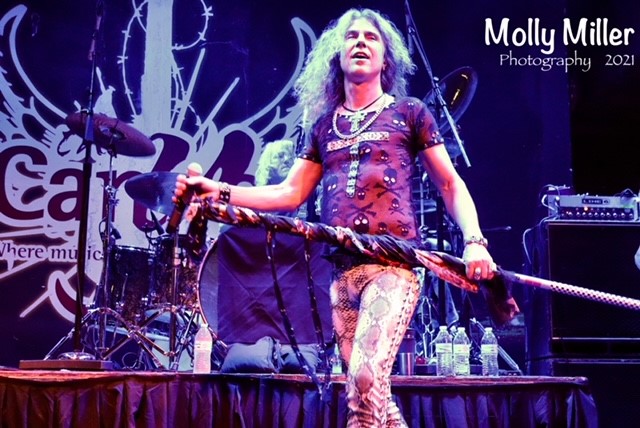 In the middle of the show, we did get a solid look at James Kottak’s “ROCK AND ROLL FOREVER” back tattoo. This iconic drummer sure left me feeling star-struck (and banging my head). 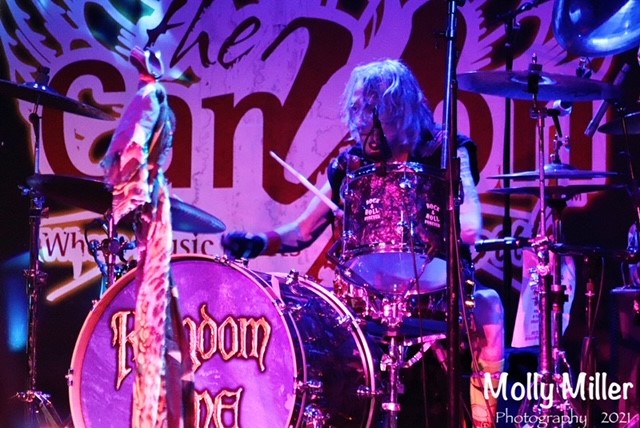 Lead guitarist Danny Stagg and rhythm guitarist Rick Stier brought the true feeling of rock-and-roll to life. Bassist, Johnny B. “JB” Frank rocked the show wearing his shorts and UGG boots. I bet he didn’t have any cold feet! 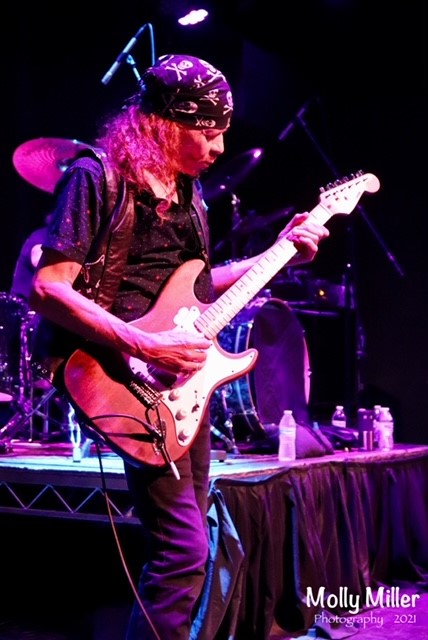 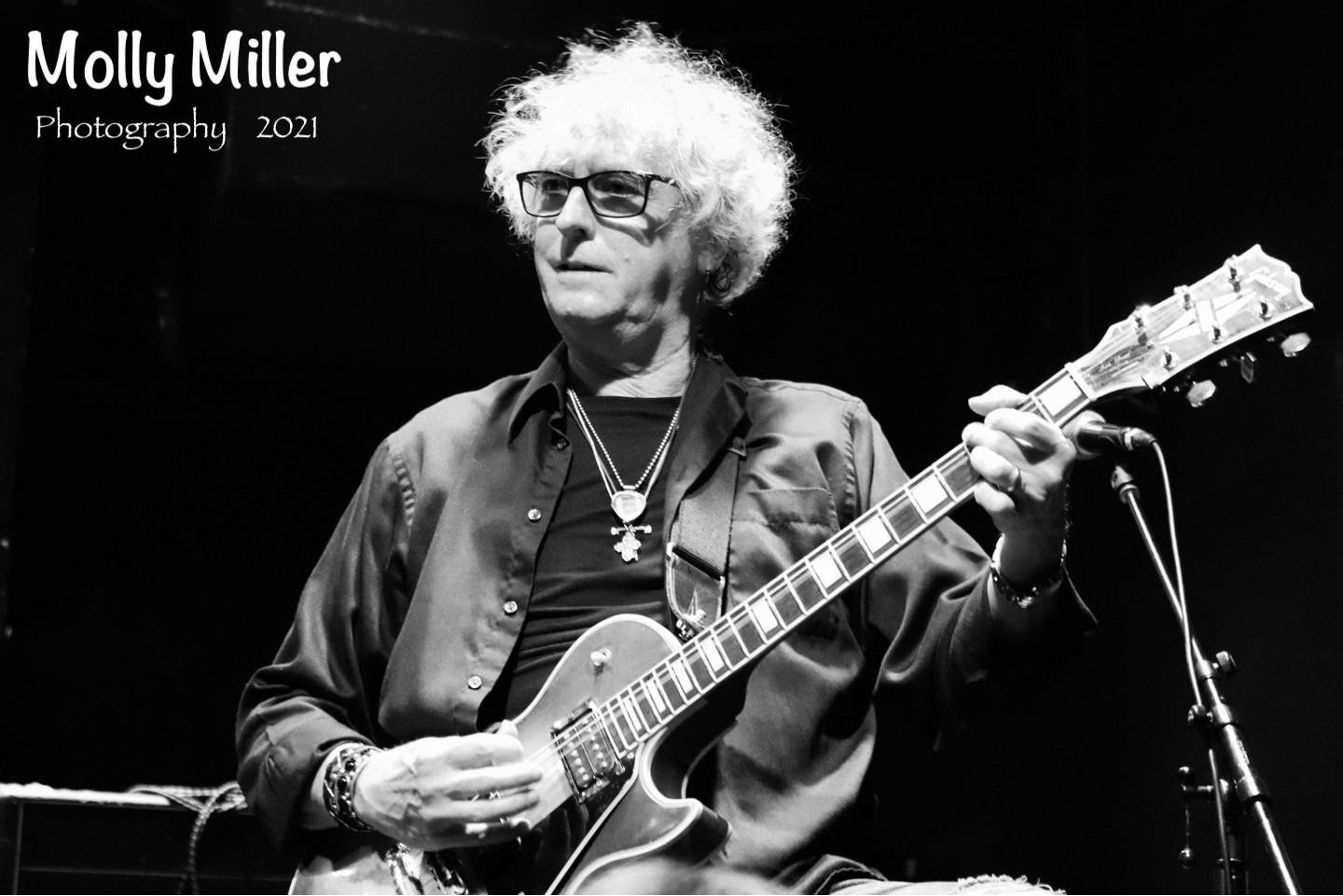 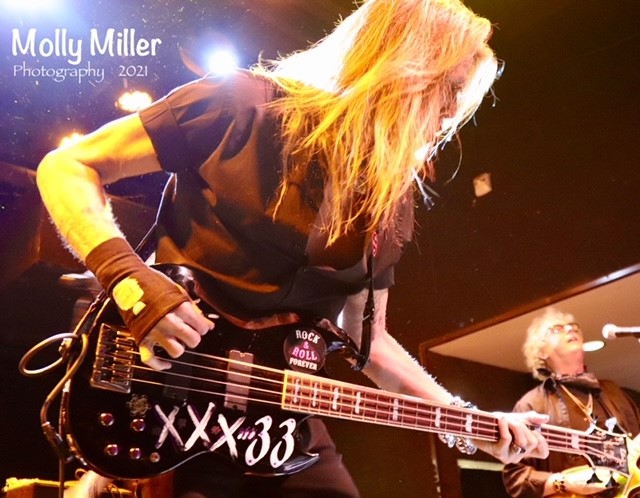 Overall, Kingdom Come rocked surprisingly hard, and that’s not just because so many of their songs are about “Get[ting] It On.” Their music hit the spot, the quality was fantastic, and the performance was something I will be thinking about for quite some time.