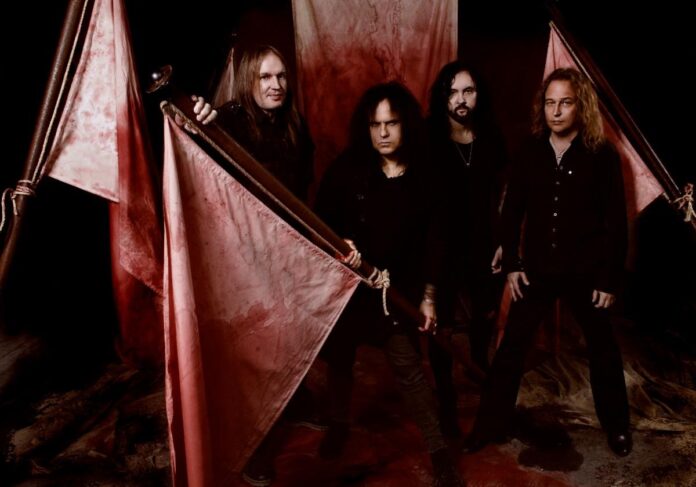 To Be Released On June 3rd Via Nuclear Blast

Friday, February 4th, 2022 – The mighty KREATOR are proud to announce their fifteenth studio album, ‘Hate Über Alles,’ which will be released on June 3rd, 2022 via Nuclear Blast Records. Five years after their highly acclaimed album “Gods Of Violence” (2017), peaking at #1 in the German album charts, the genre-defining band are proud to announce this new 11-track behemoth. Starting today, “Hate Über Alles” can be pre-ordered in various formats here.

For 37 years, KREATOR has spear-headed a thrash metal crusade, inspiring generations of metal heads and musicians alike. The collision of traditional and contemporary values is a sentiment that Mille Petrozza has breathed in to the soul of this monumental new album; recruiting visionary producer Arthur Rizk (Power Trip, Cavalera Conspiracy, Ghostmane and Turnstile) from Philadelphia to work with the band at the legendary Hansa Studio in Berlin. Hate Über Alles features gorgeously grim cover artwork by renowned artist Eliran Kantor (Testament, Thy Art Is Murder, Helloween), serving a bold statement against hate and division in today’s society.

“Hate Über Alles reflects the time we’re living in. Everything is really loud and aggressive. The way we communicate has changed, thanks to social media. It causes a lot of imbalance. The world is in a state of disrepair. Life is not harmonic right now, it’s disharmonic… that’s where I was going with the title.” 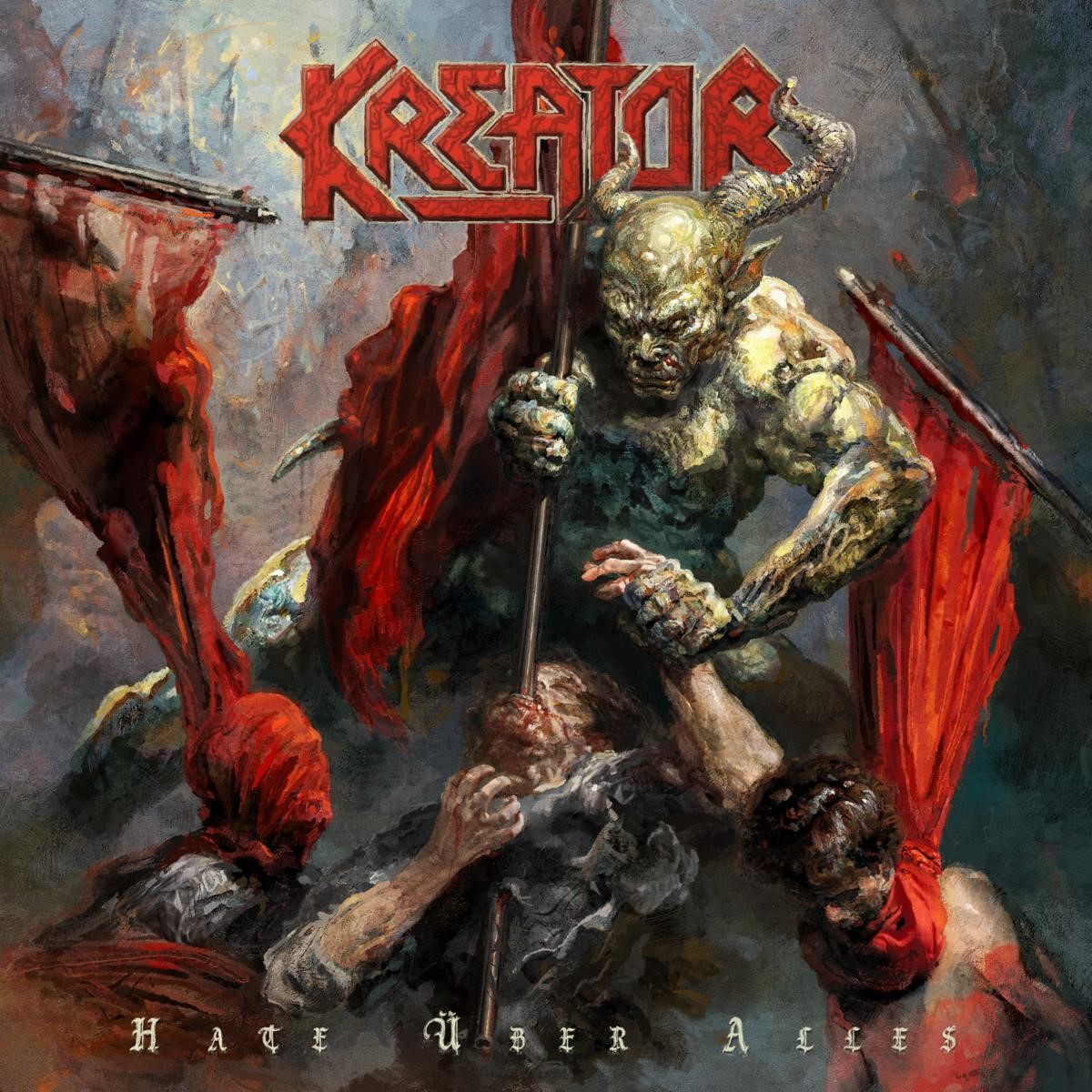 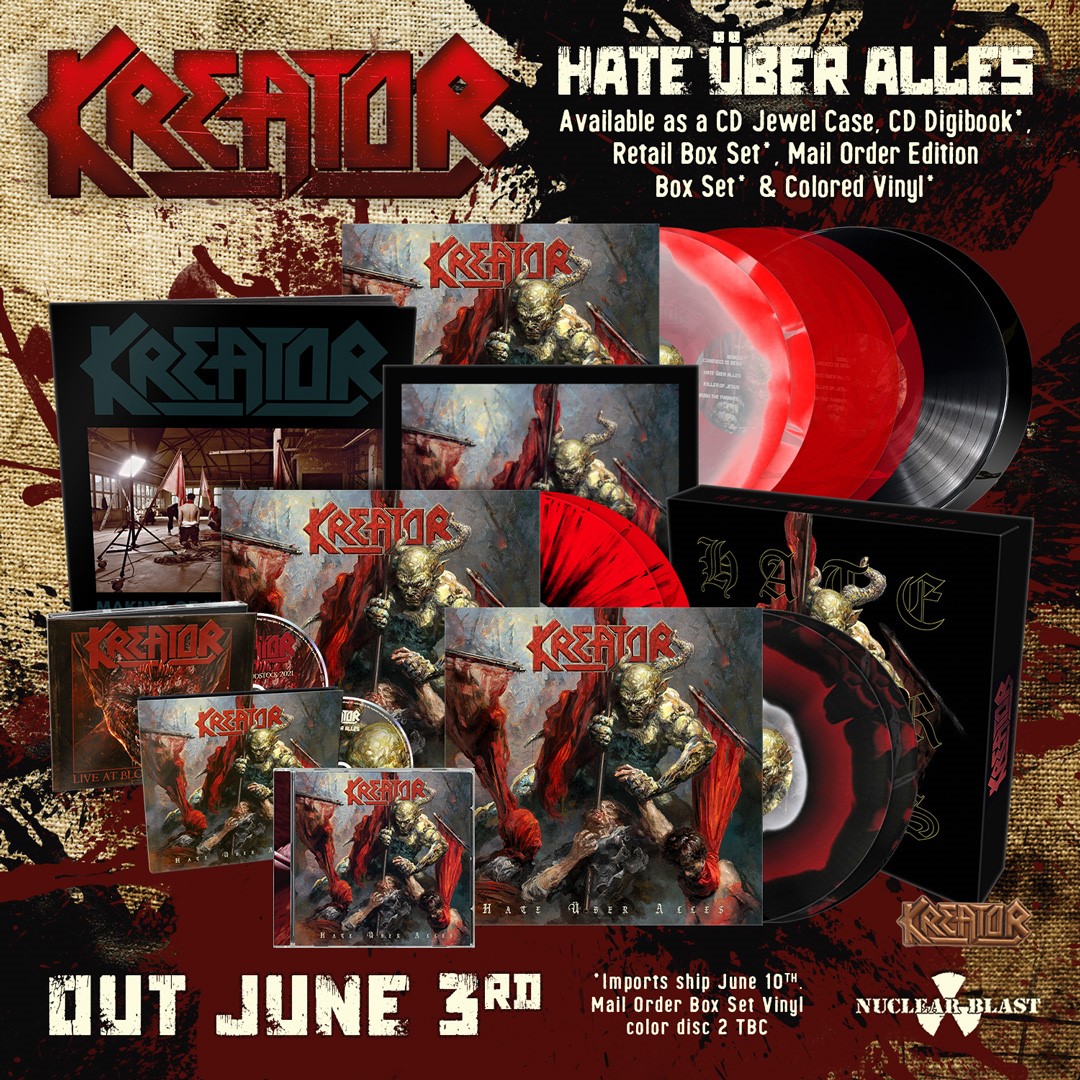