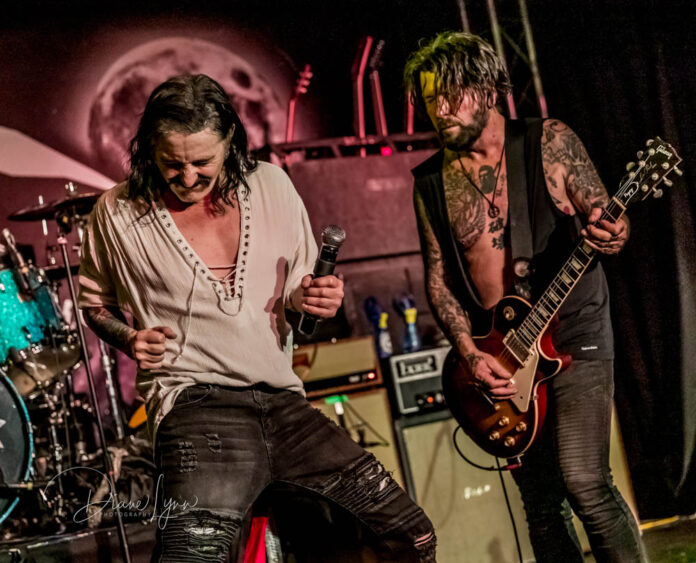 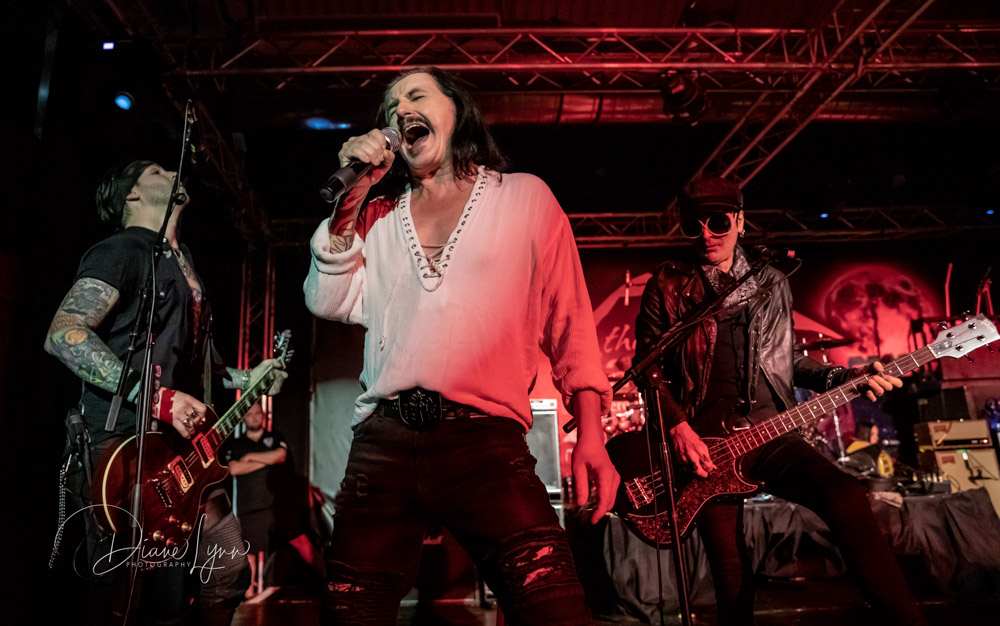 L.A. Guns finished up their Sonic Slam Tour (that had them out on the road with Tom Kiefer #keiferband and Faster Pussycat for the past few months), with a three-stop mini-tour of the Canyon’s – Agoura Hills, Montclair and Santa Clarita. I had the pleasure of attending the one smack in the middle of the three at Montclair and just wow! They didn’t hold anything back! The show was Killer! 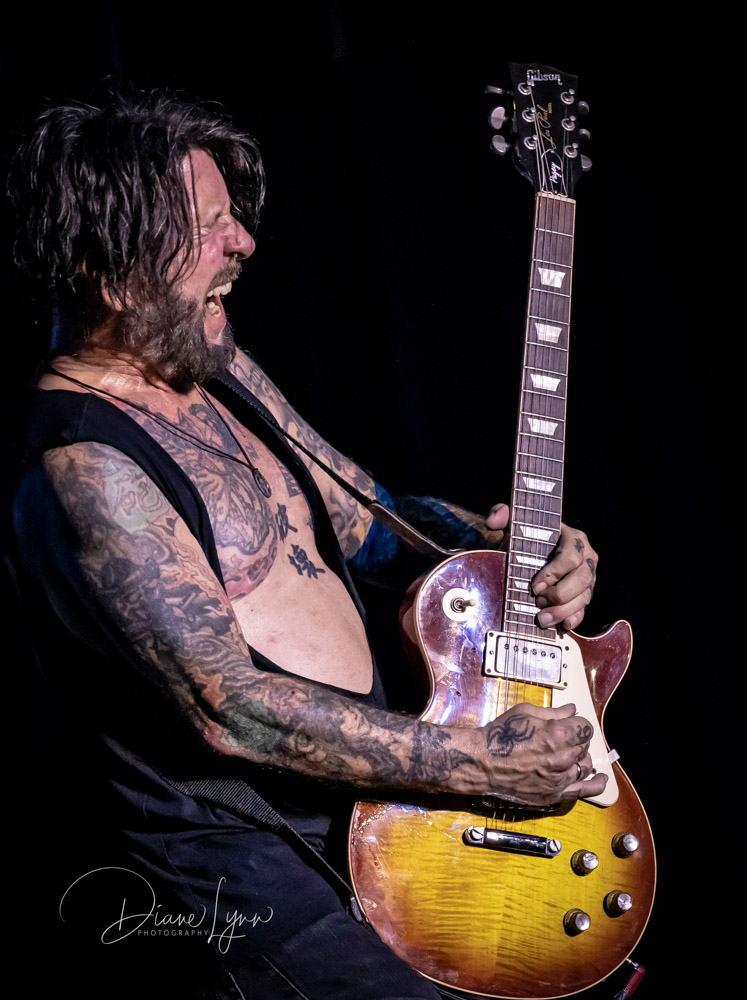 With doors opening at an early 6pm I was surprised to see a nice sized line was forming when I arrived about 30mins prior. Metal heads were dressed to the nines in leather, ripped jeans, mile high hair, stiletto heels and of course L.A. Guns swag everywhere.  From official tees to handmade purses, you could tell there were some superfans in the house this night!

An opener was scheduled but had to bail at the last minute which had L.A. Guns starting a little earlier. Crowd wise this wasn’t an issues as the venue filled up quickly. These fans weren’t going to miss a thing.

Tracii Guns made his way out on stage, grabbed a guitar and entertained us with a little melody for a few moments as he warmed up while the rest of the guys, Johnny Martin, Ace Von Johnson and new to the group, drummer Shawn Duncan made their way on stage. As the guys readied themselves Phil Lewis joined the gang and it was time to ROCK! 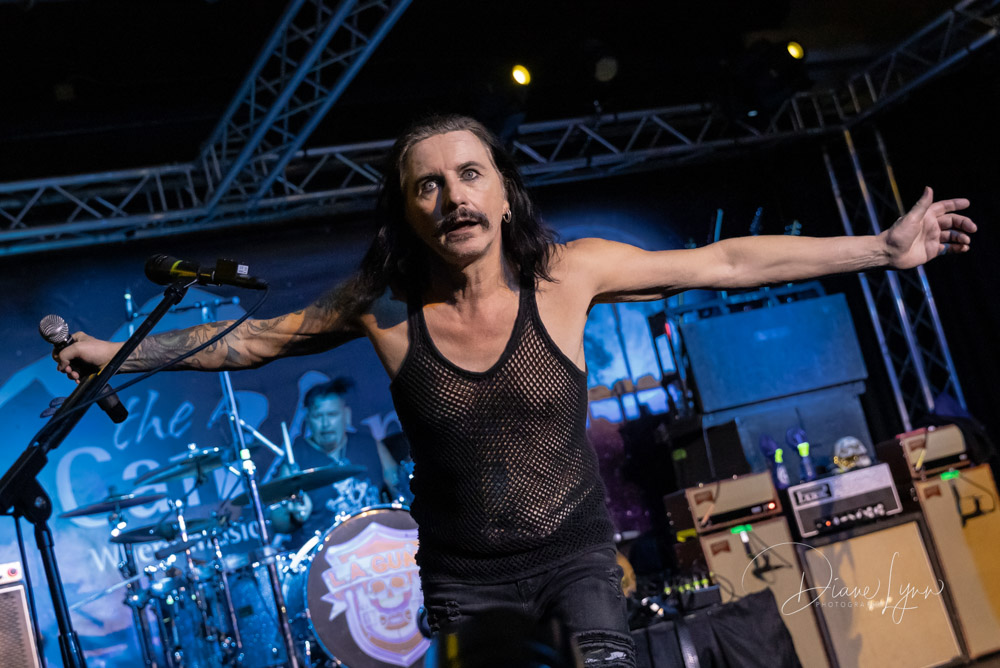 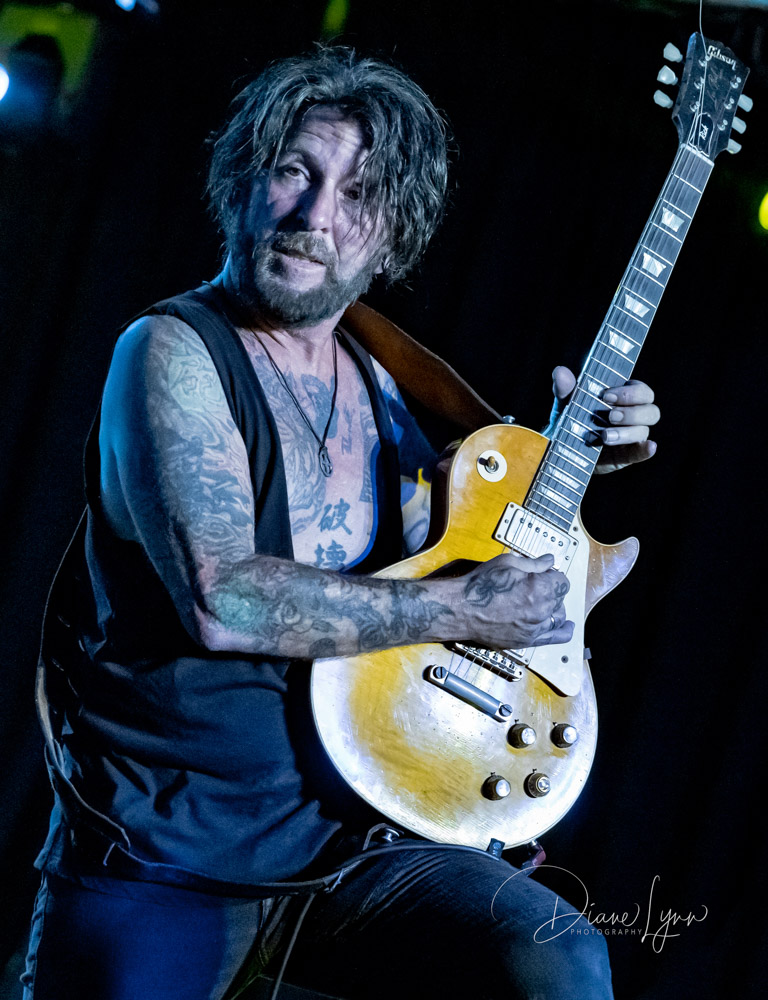 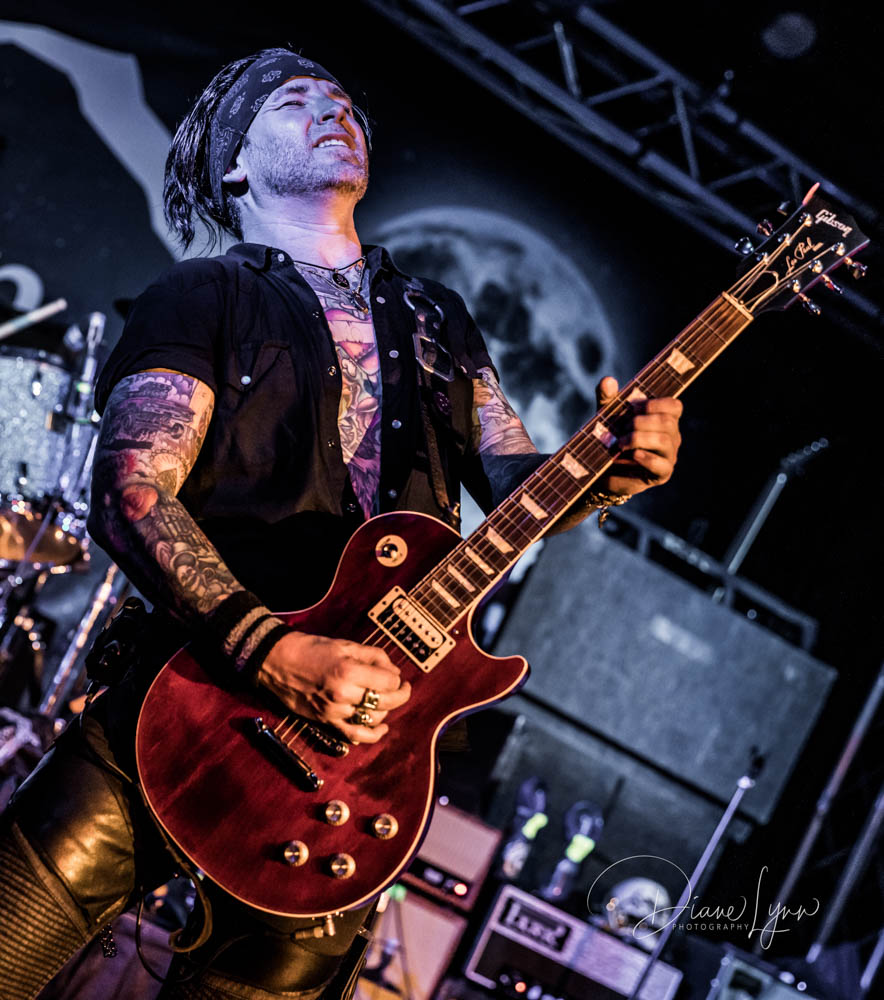 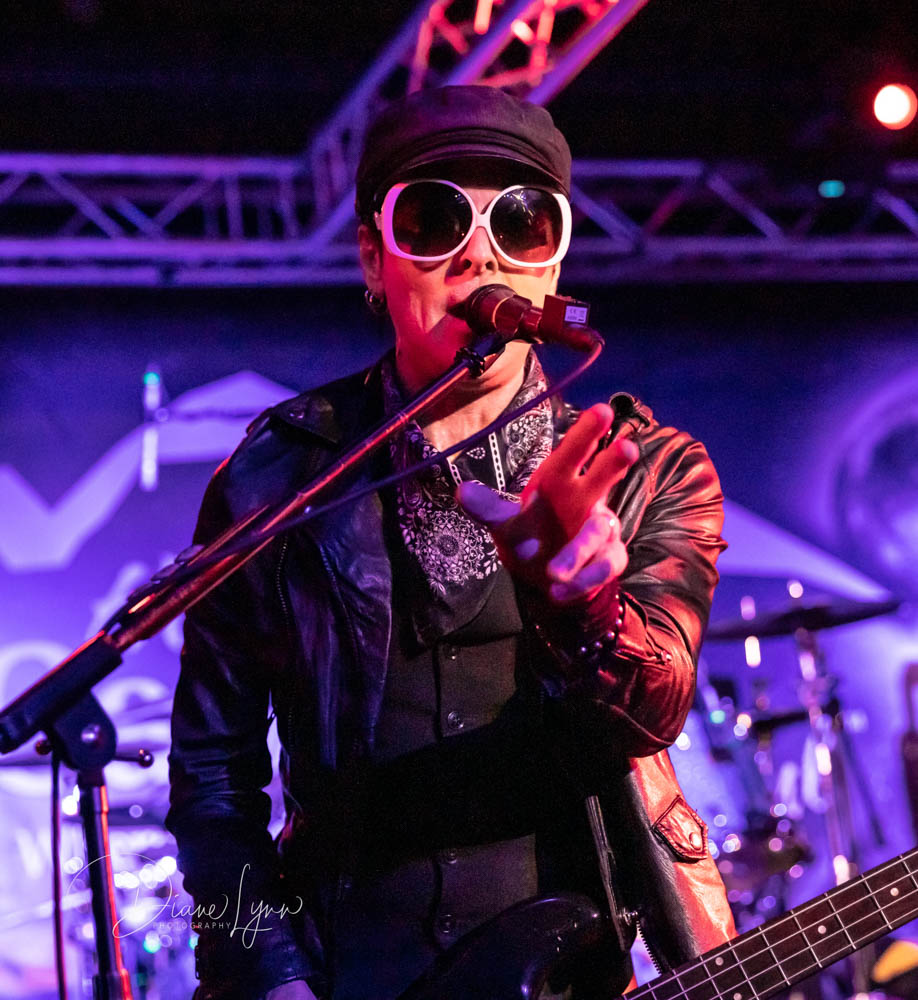 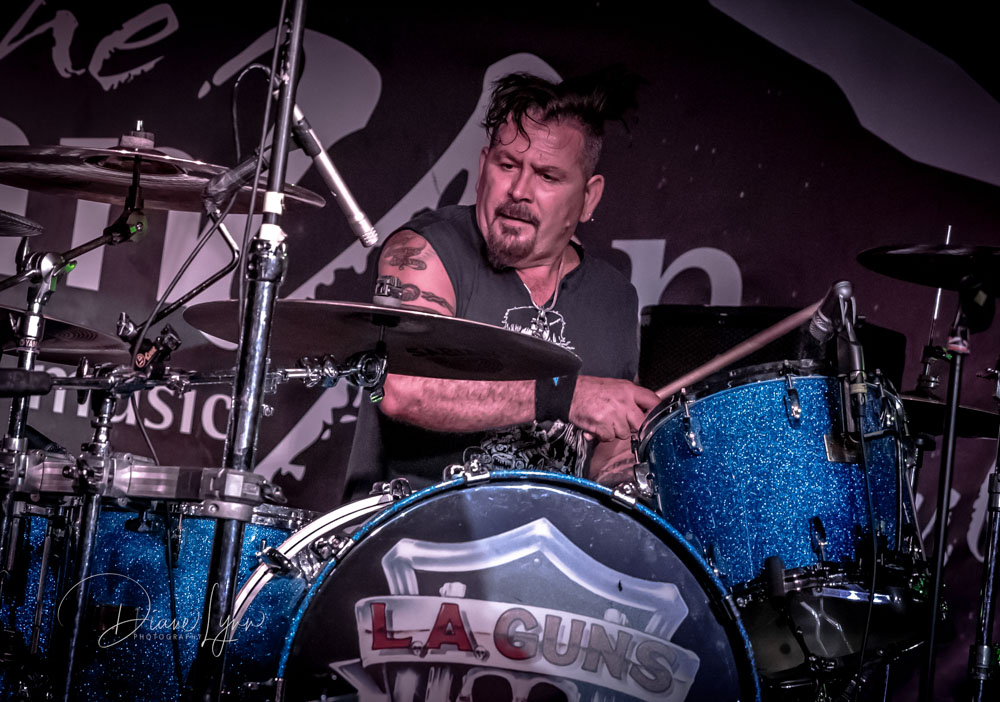 Straight into “Cannonball” for an in your face hard hitting metal tune to get the adrenalin going!

There was a small technical glitch during that first song, it was transparent to the audience, but as the song ended, the guys stepped back for a quick second and let the technical experts fix things and then it was back to the show! That’s live music and anything can happen! 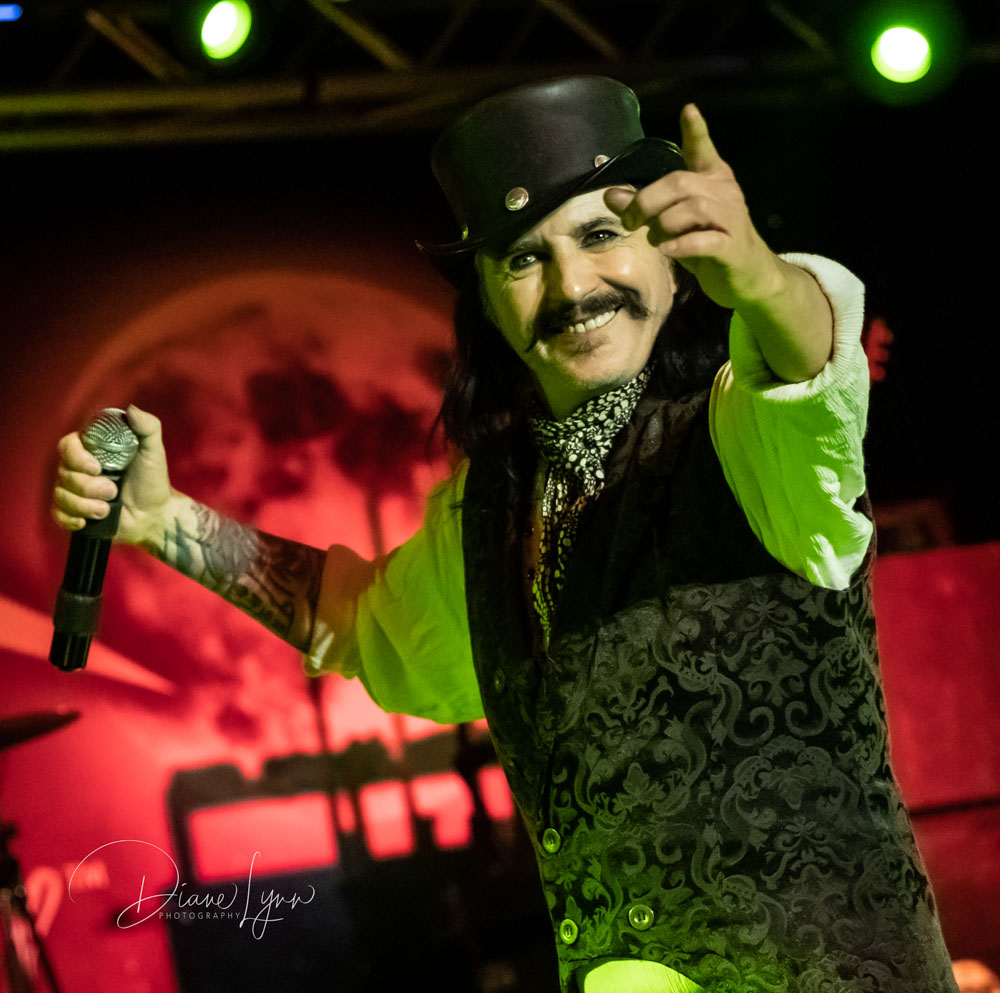 Speaking of anything can happen, Tracii and Ace came together on stage at one point for a little dueling guitar action but then there was, let’s call it – the bubble gum swap, yup you read that right. As I watched through the lens, I’m pretty sure my head tilted slightly to the right as I tried to figure out wtf was happening but I continued to snap away and here’s the results. 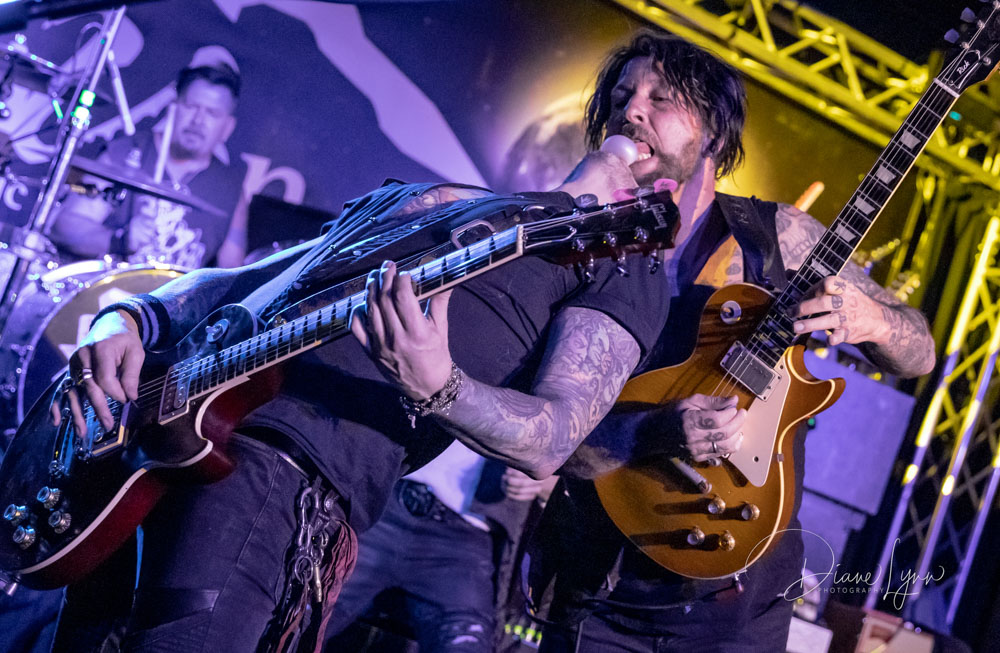 The interaction with the fans was nonstop from each member of the band, with Ace jumpin’ and shreddin’, Johnny making sure the crowed stayed pumped up as he delivered that deep bass sound, and even Shawn was working the crowd from behind the kit, they definitely made sure they had our attention. 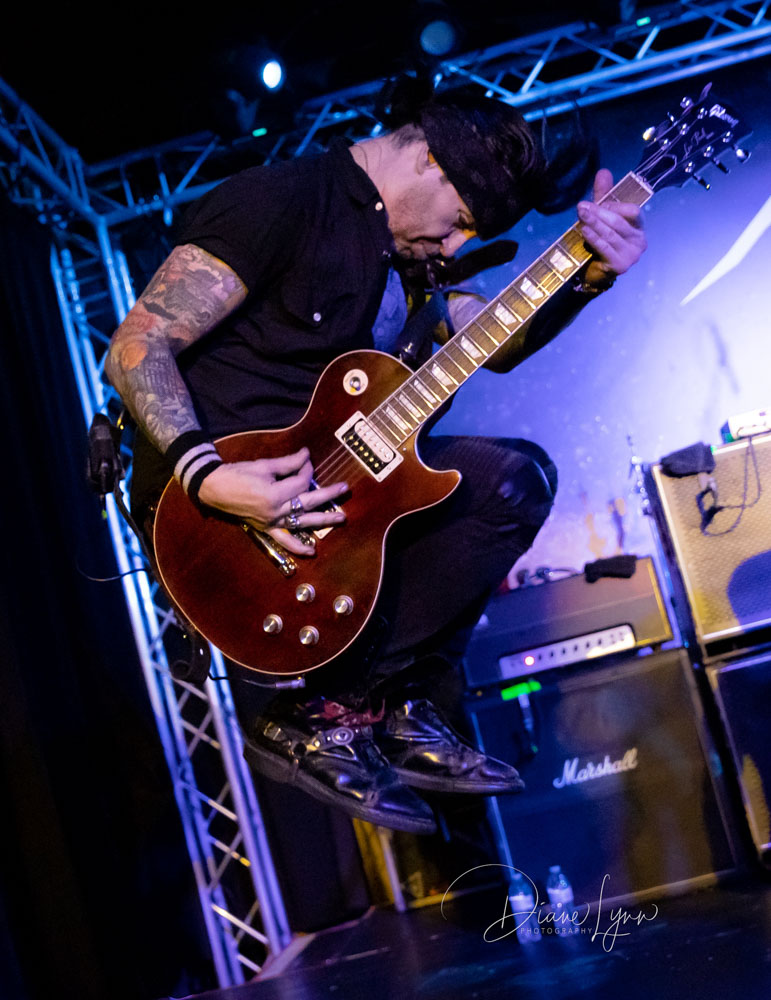 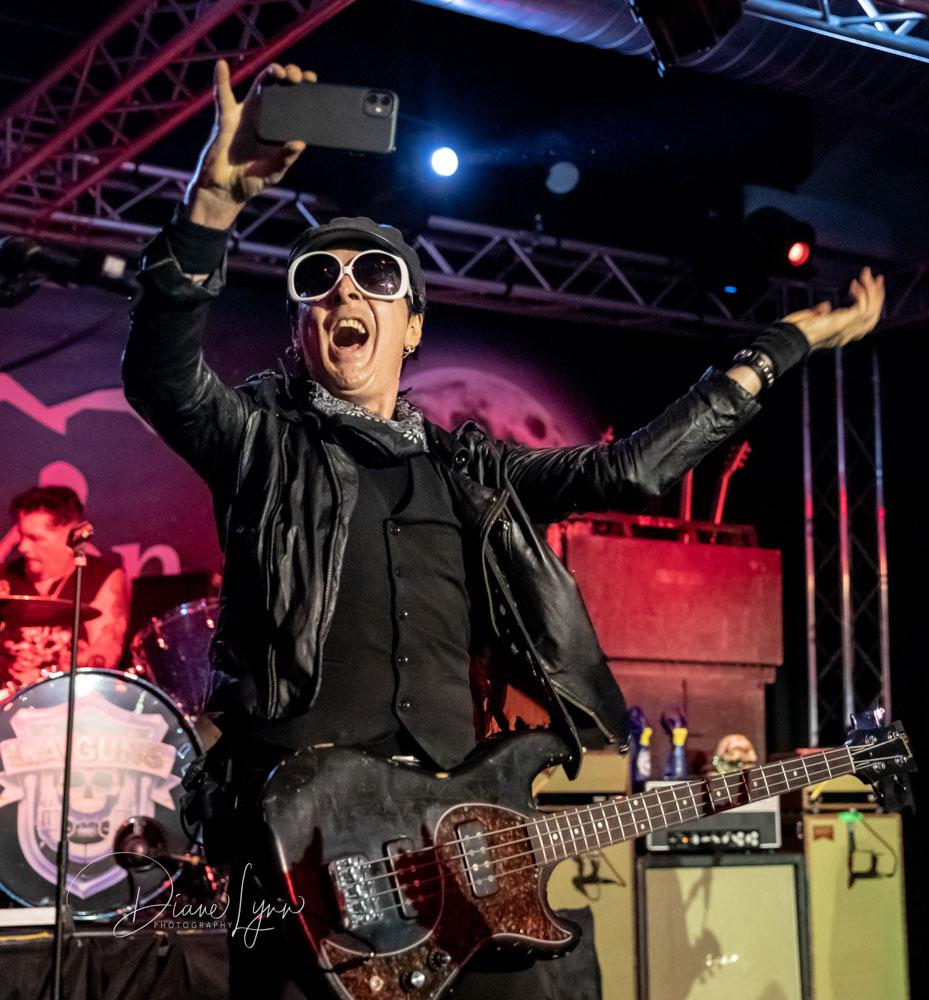 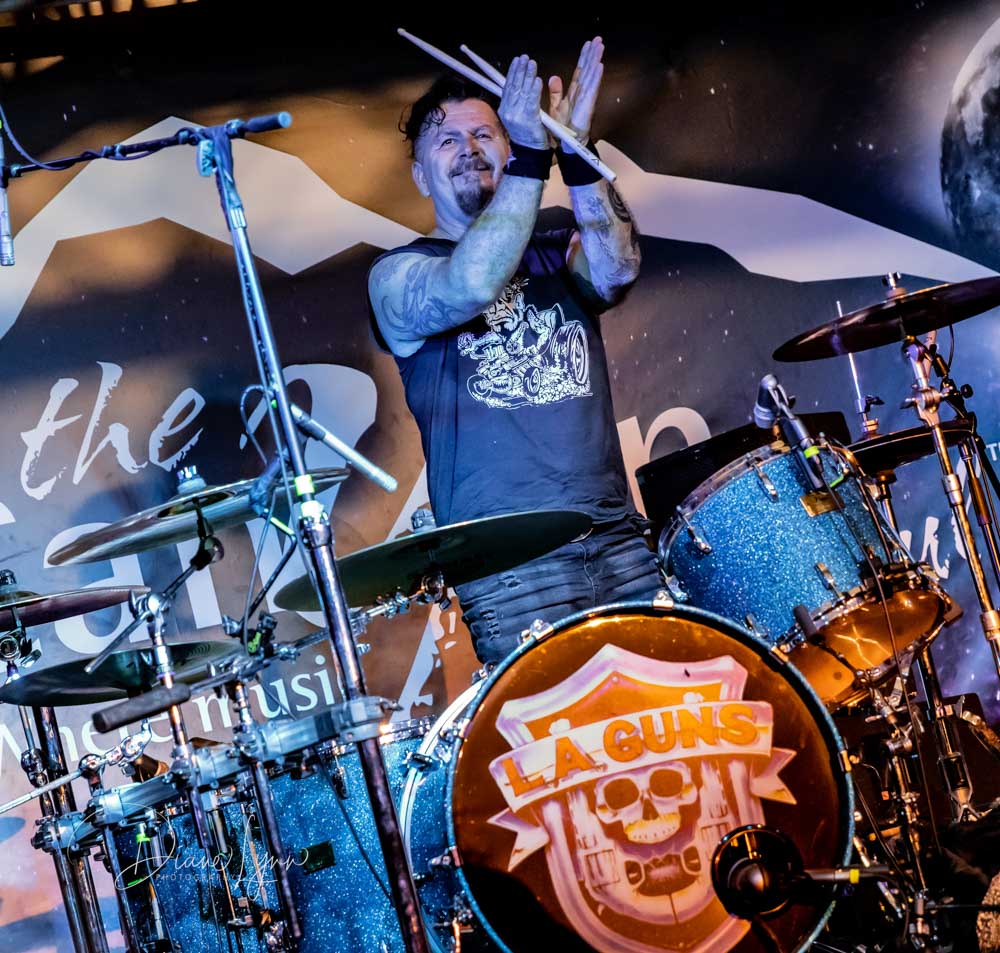 I love shows like this, it’s anything but low-key. The fans feeding off of the energy on stage and in turn it’s given right back, AND the music is awesome! You can’t ask for more from a live performance! 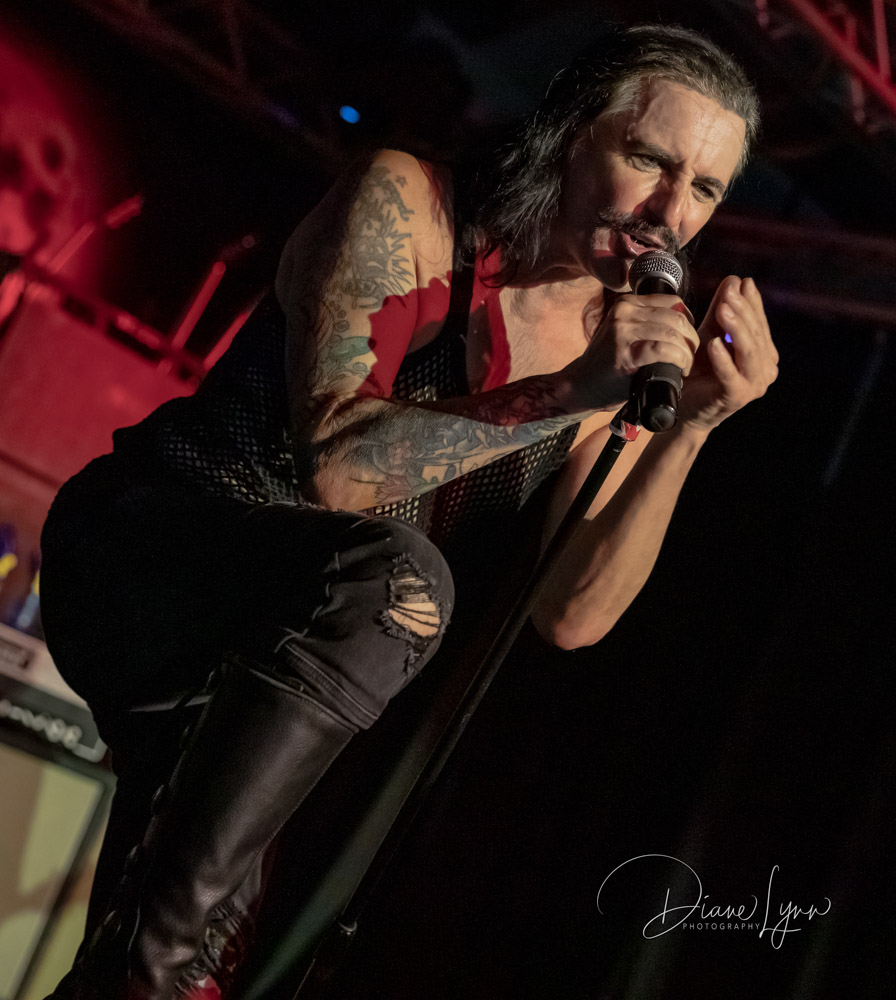 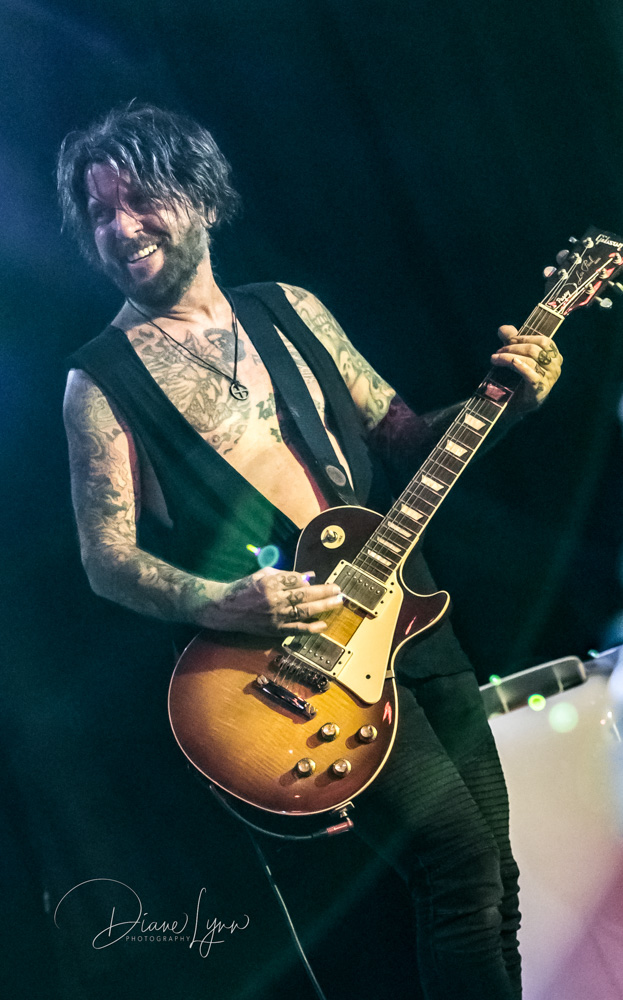 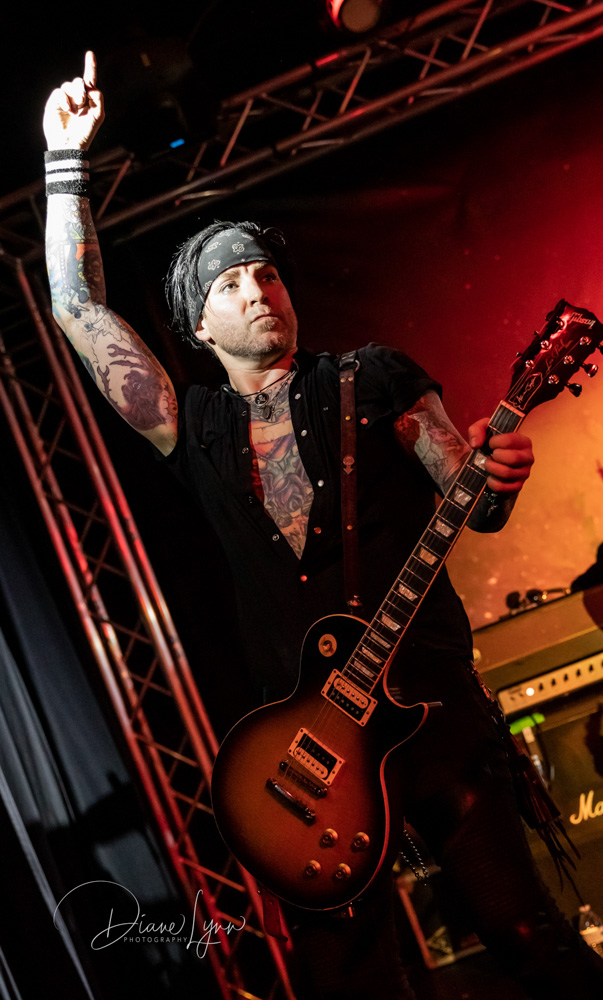 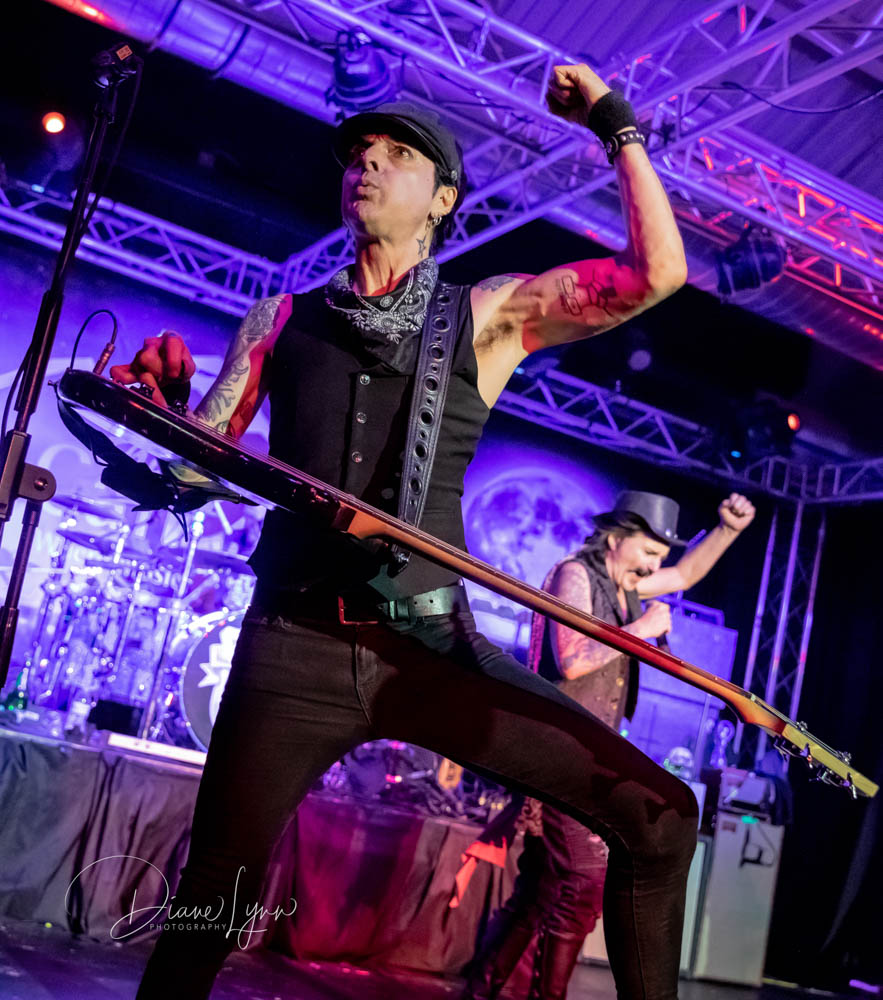 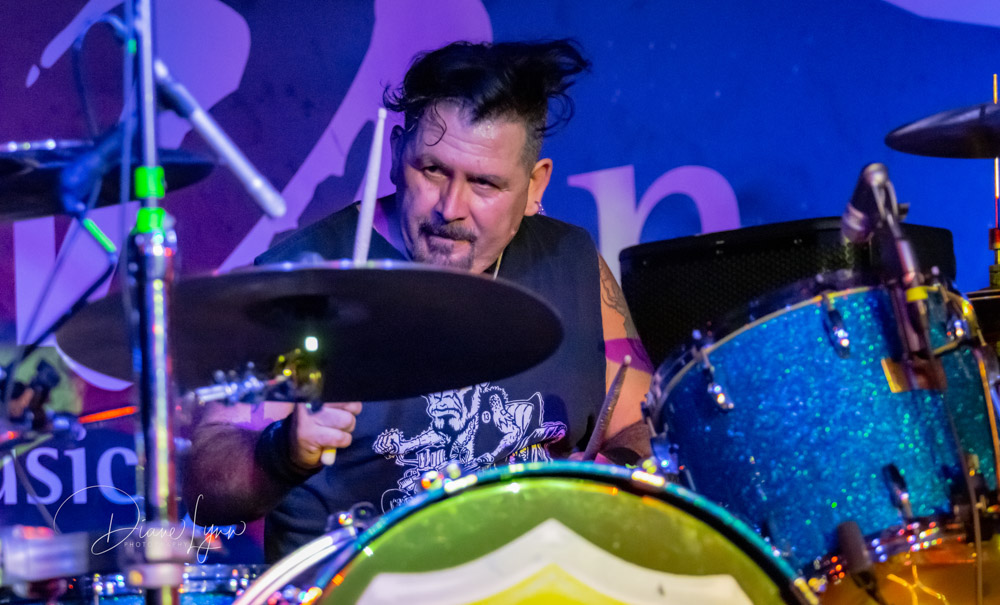 Phil was sounding great and looking dapper as he stepped out in his best SteamPunk/RockStar outfit. His voice is undeniable and when he sang “The Ballad of Jayne” I was in heaven. He made his way around the stage singing to fans in the front and pointing out to the fans in the back. 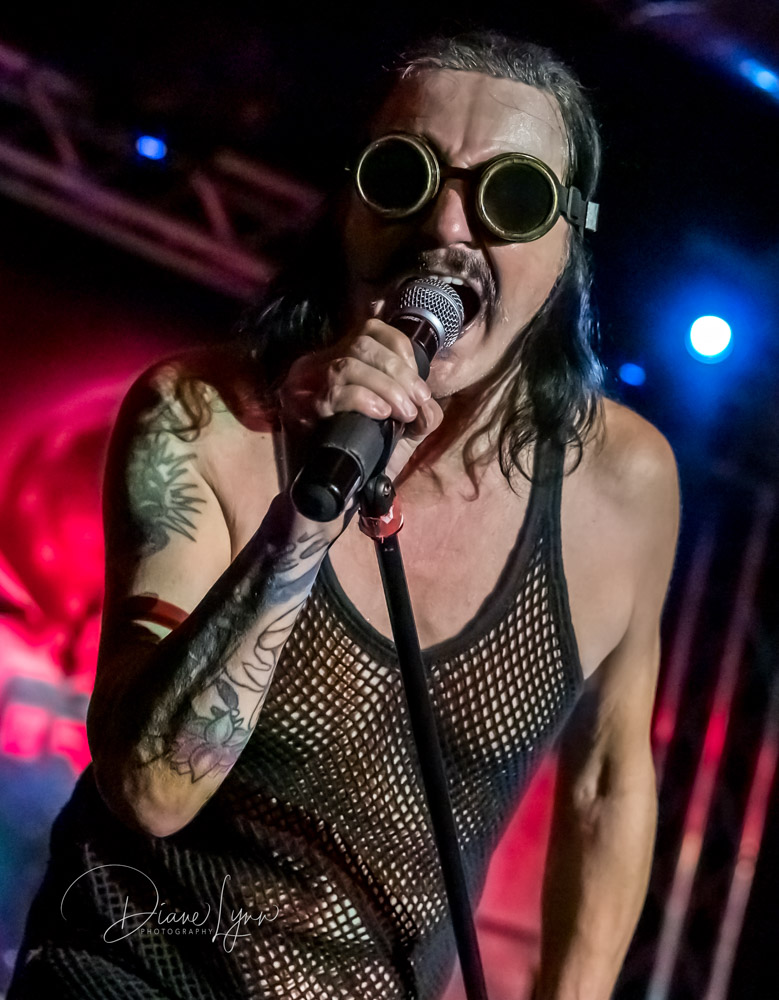 Tracii was all smiles with exception of the awesome shred face when he was seriously tearing up the stings on his guitars. Tracii had a couple of mini solos but the highlight for me was when he brought out the bow for a front and center solo, very Page-esque. 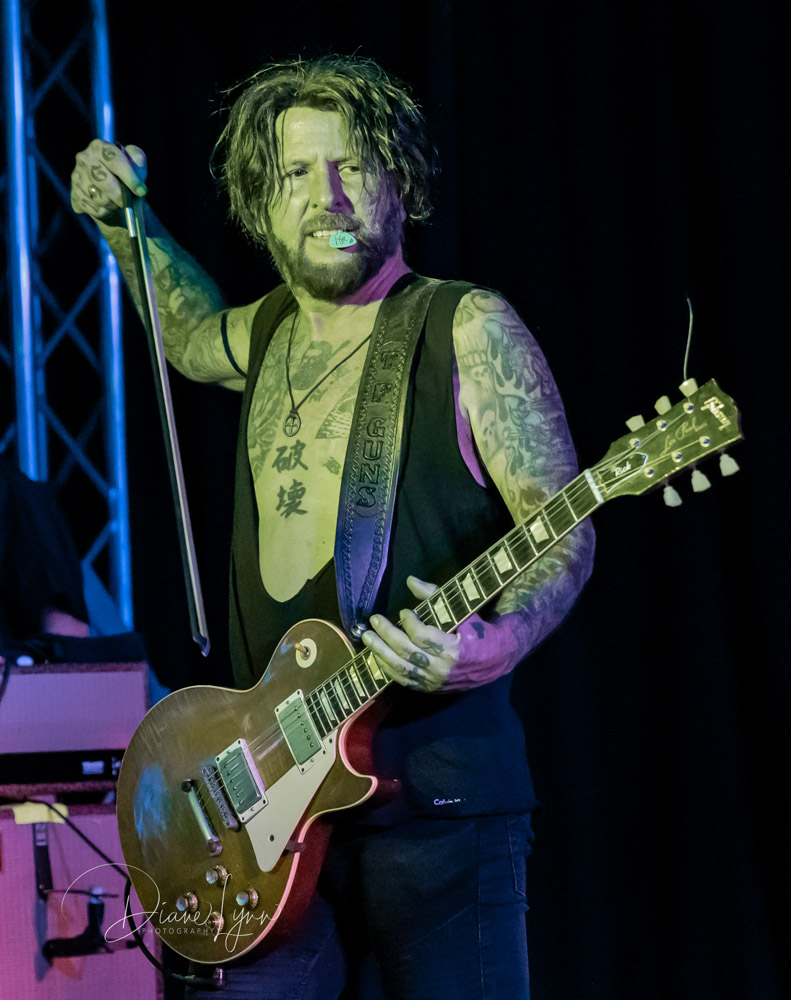 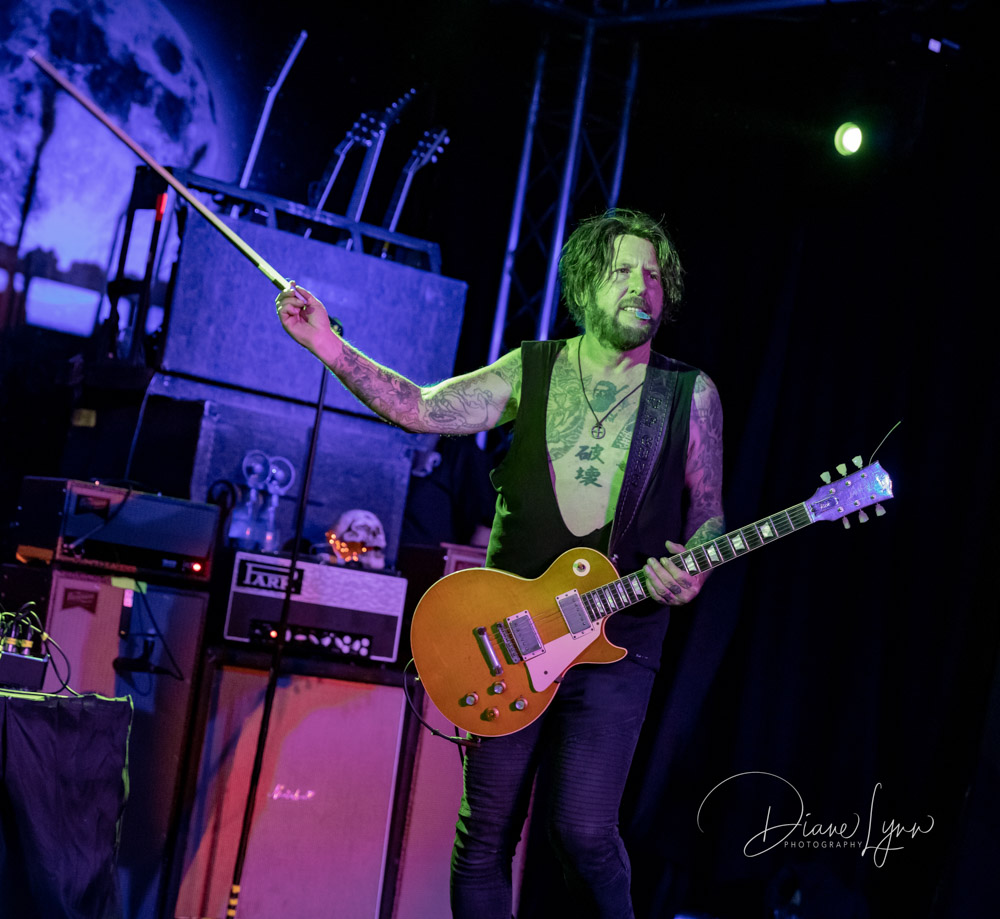 Seeing Phil and Tracii on stage together again was such a thrill for me. The chemistry of this duo and the rest of the band members is undeniable. They work well together, having fun and performing a show that will stick with the fans for a lifetime. 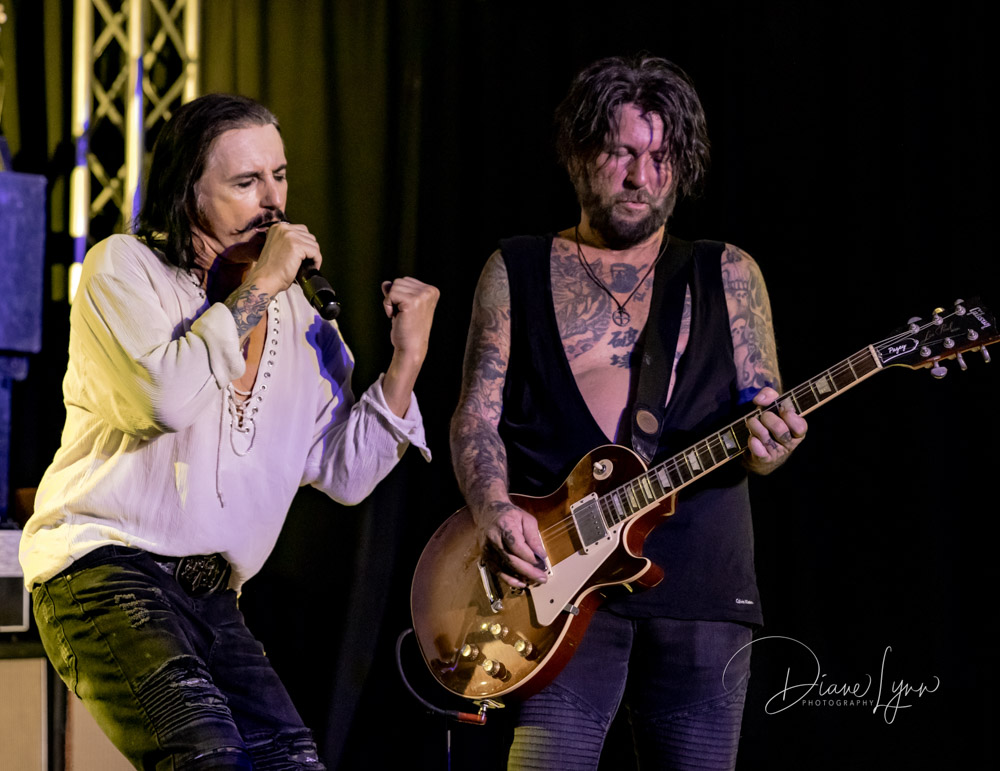 I love this line up!

A killer group of seasoned musicians that blew me away!

The setlist gave us a variety of tunes, touching on several albums including their most recent “Checkered Past” but sticking heavy with songs from “Cocked and Loaded”, “Hollywood Vampires” and of course their self-titled “L.A. Guns”.

The set came to an end with all the guys doing a short barn dance on stage! Their celebration of another night and a job well done! 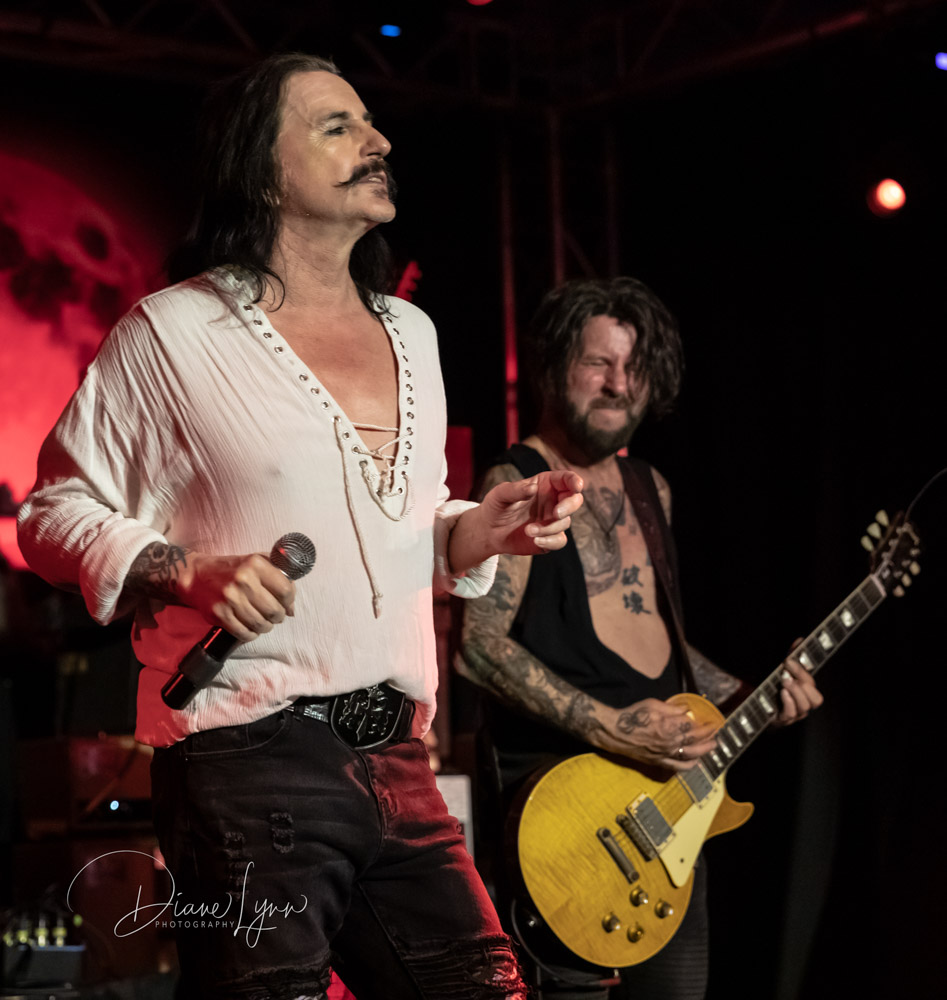 If you haven’t caught L.A. Guns live recently you need to add them to your “must see” list. I believe they are ringing in the new year at The Whisky A Go Go in Hollywood, will I see you there?

SONS OF APOLLO Launch into MMXX – The Roxy, Hollywood, CA...