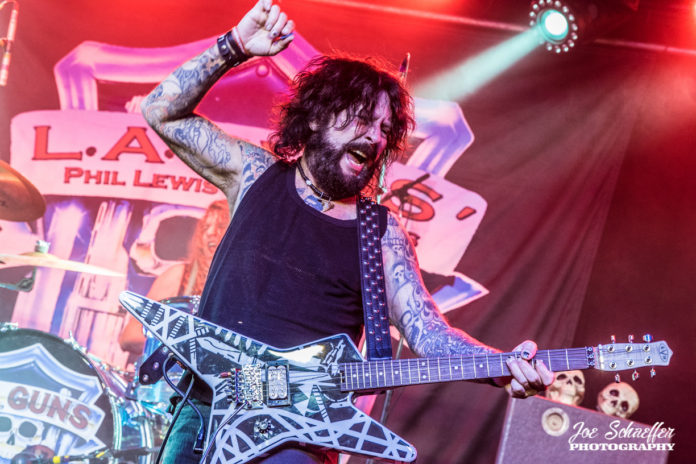 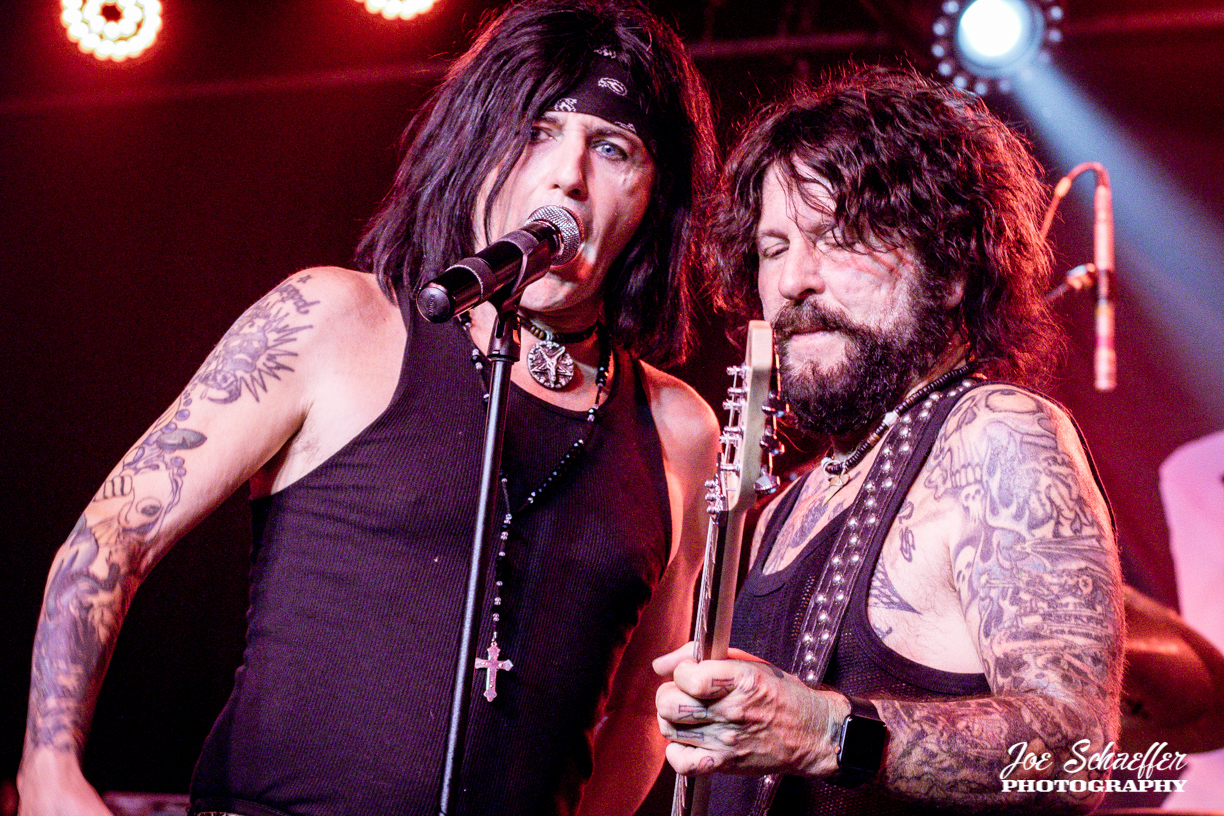 Judging from the show that I witnessed last night, I think I made the right choice to make the trek to Orange County’s Coach House Concert Hall for L.A. Guns. This was the first show of the final leg of their “Missing Peace Tour” which will take them to the end of the year. The revamped L.A. Guns released their latest album ”The Missing Peace” in the fall of 2017 on Frontiers Records 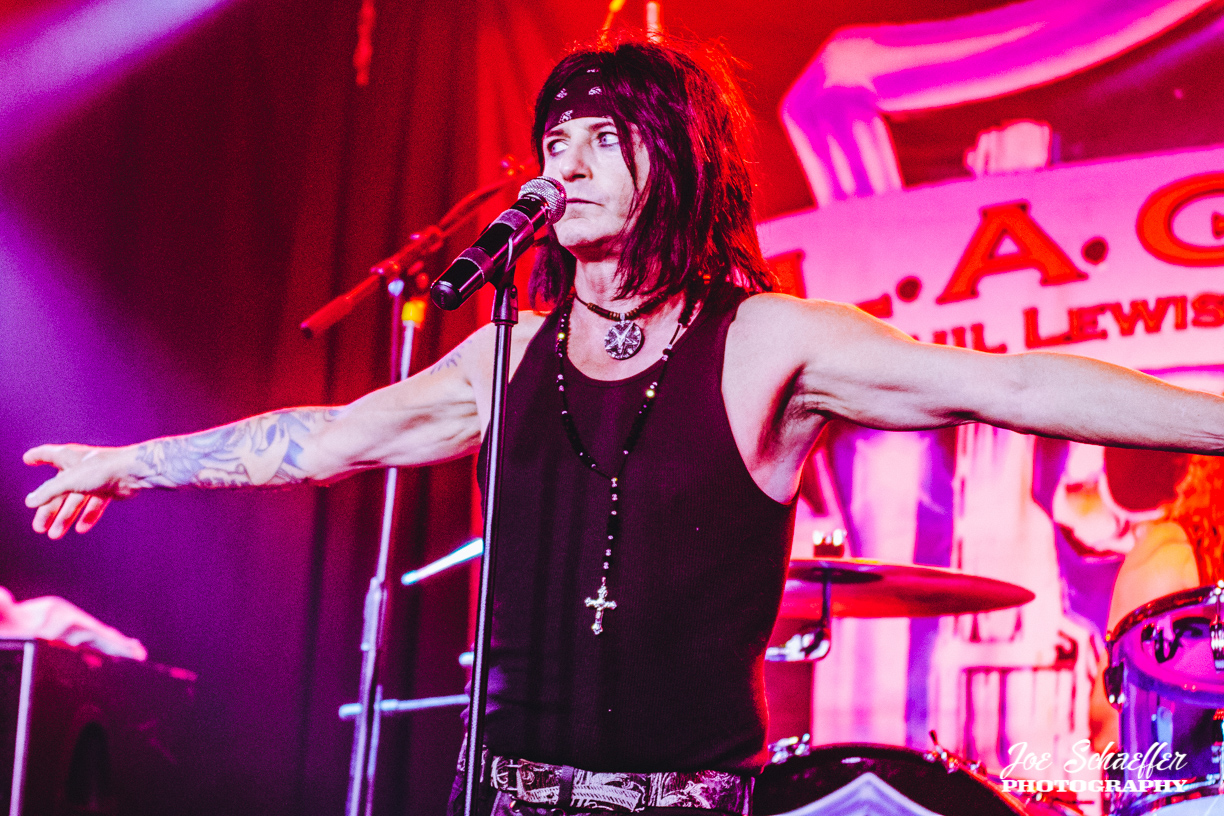 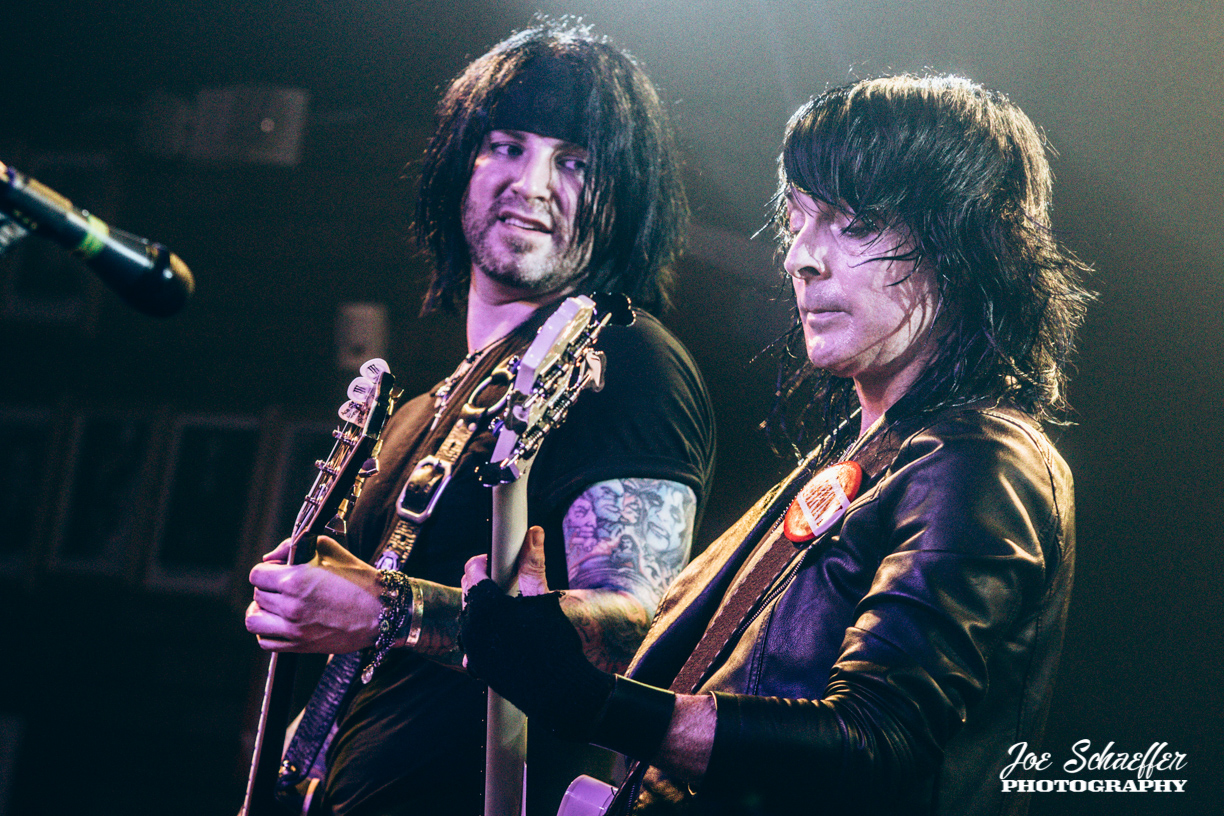 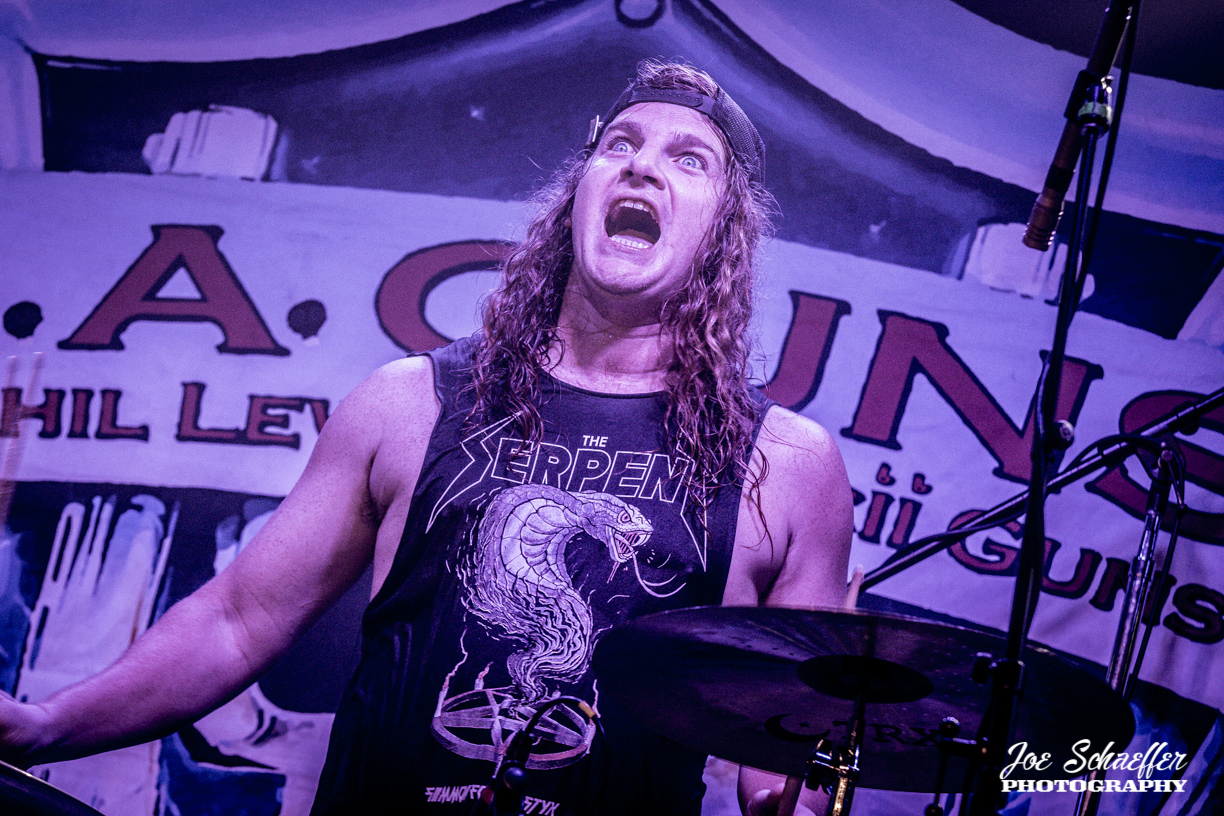 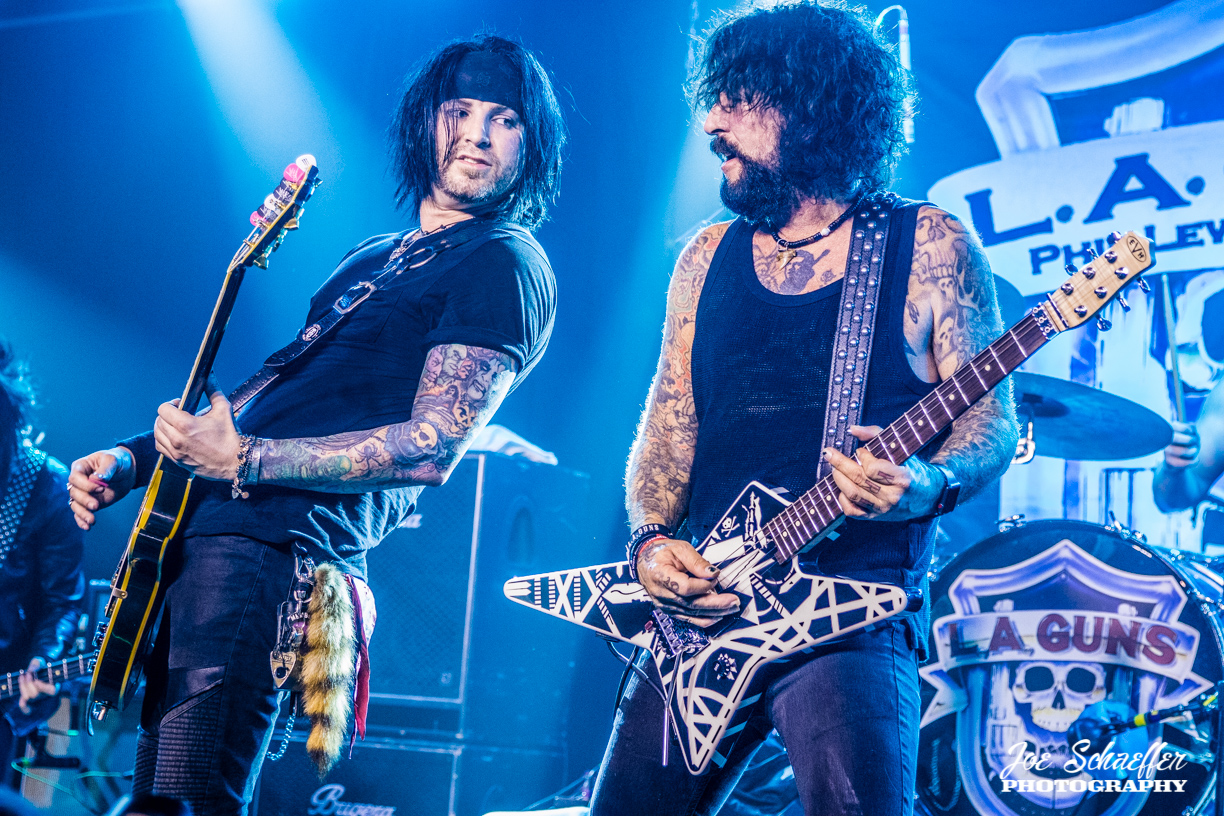 Phil Lewis was in fine form. He sounds just as good today as he did back when he first started with the band back in 1987. He interacted with the crowd all night and was truly the consummate front man. 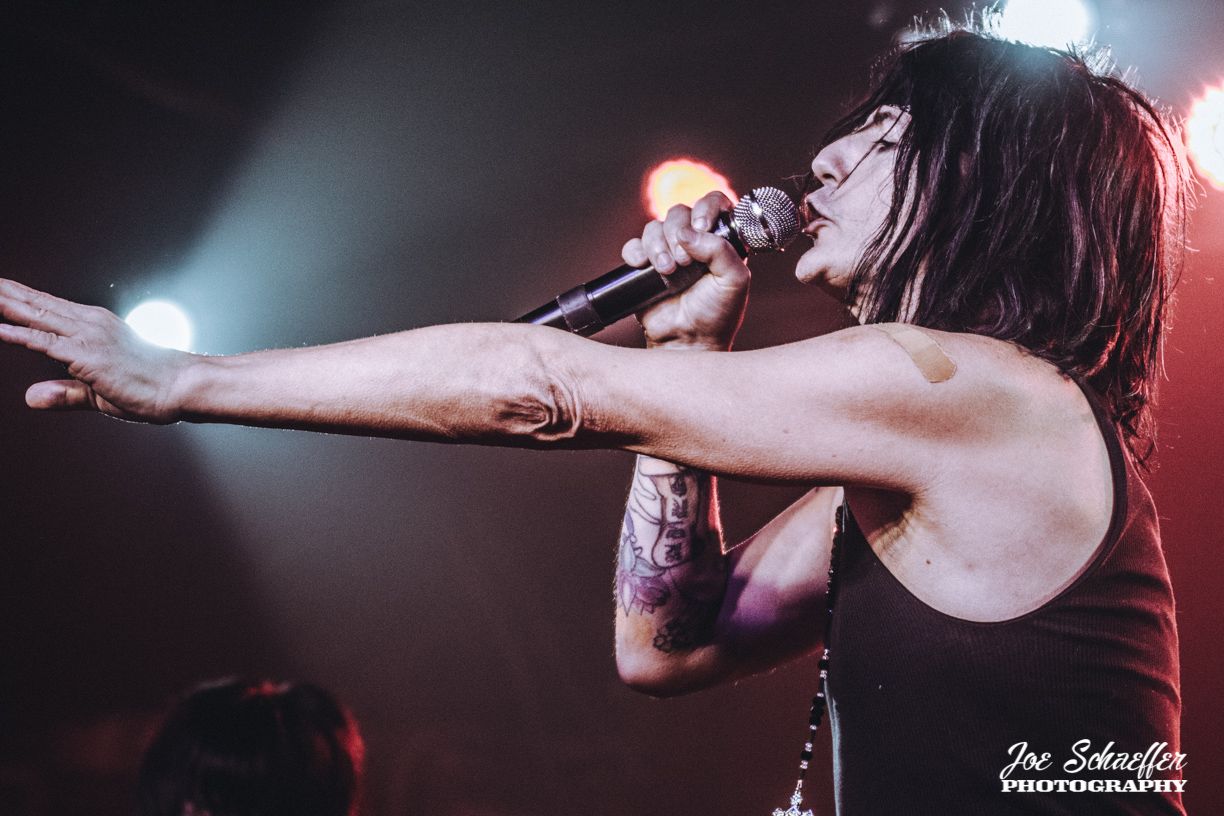 The set was approximately an hour and thirty minutes long and was comprised of classic L.A. Guns songs including “No Mercy”, “Electric Gypsy”, “Over the Edge”, “Sex Action”, “I Wanna Be Your Man”, “One More Reason”, “Kiss My Love Goodbye”, “Malaria”, “Never Enough”, “The Ballad of Jayne” and “Rip and Tear”. “The Devil Made Me Do It”, “The Flood’s the Fault of the Rain” and “Speed” were included from the recently released “The Missing Peace” album. 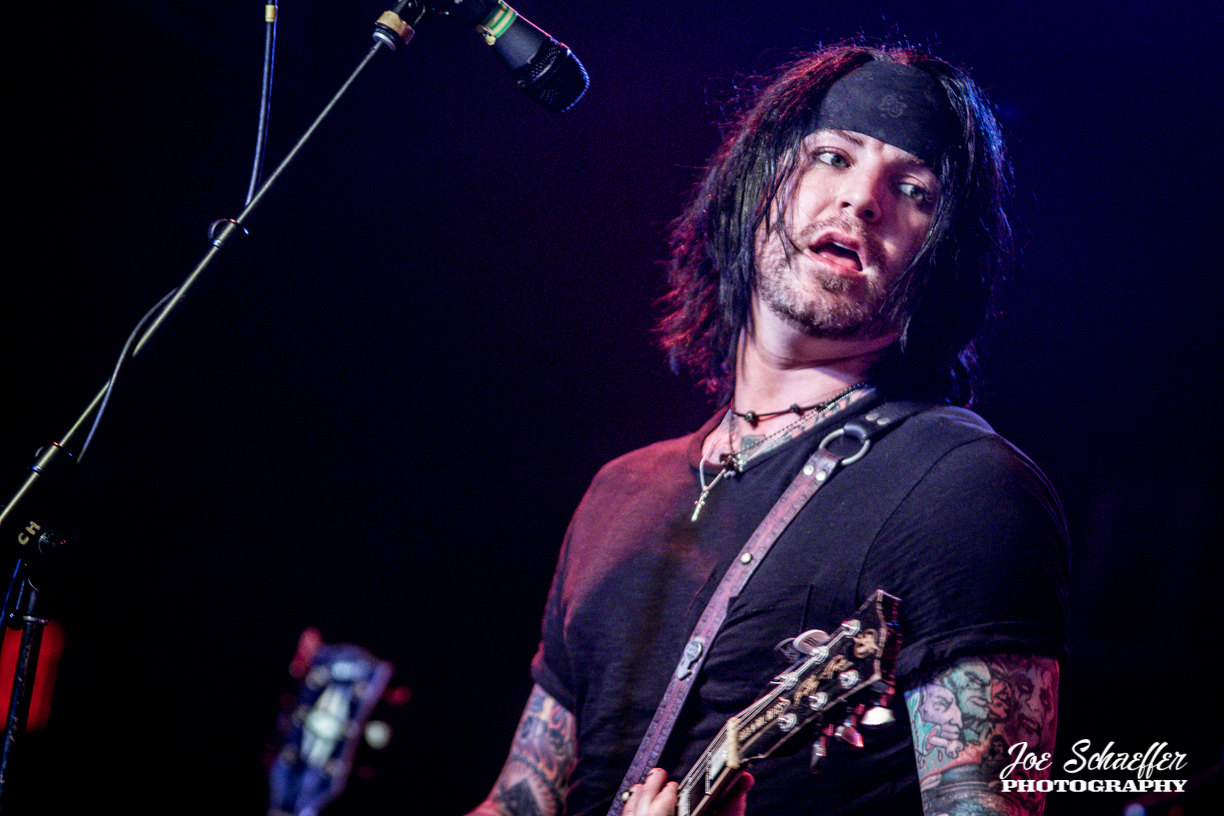 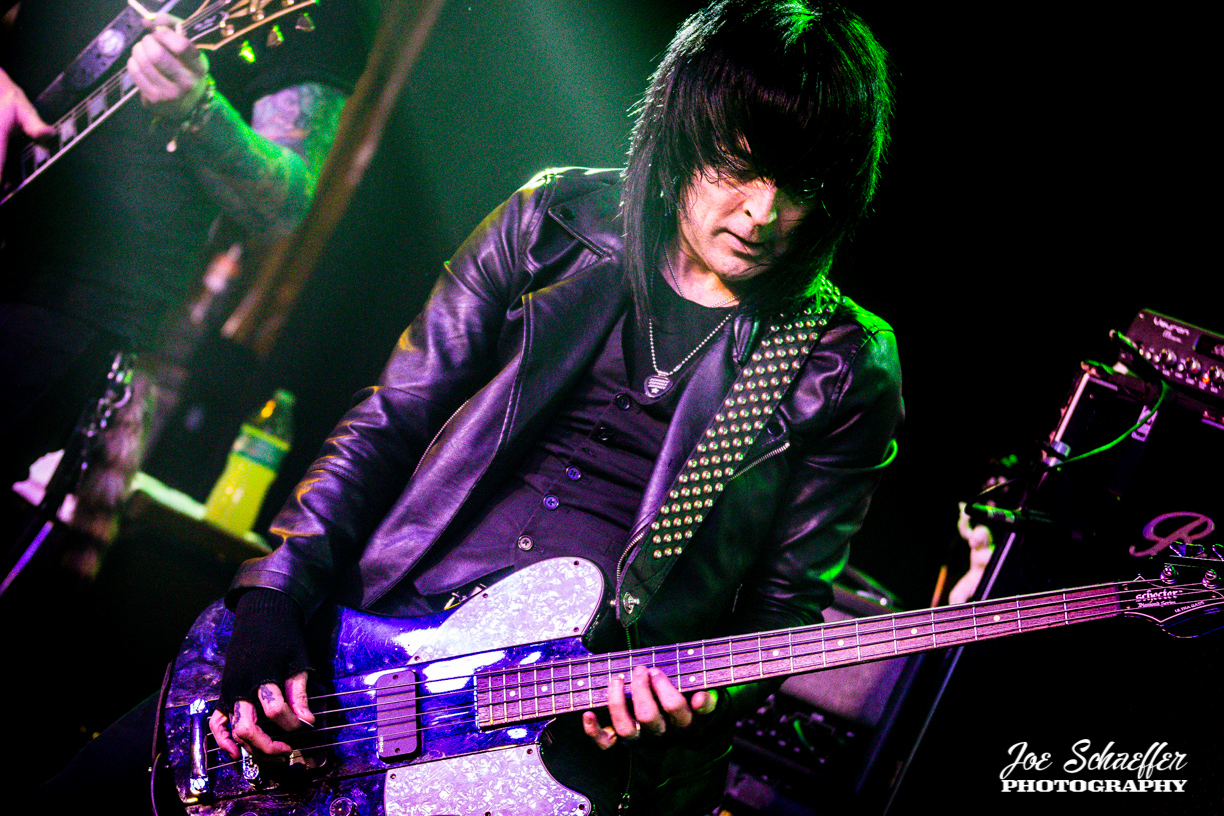 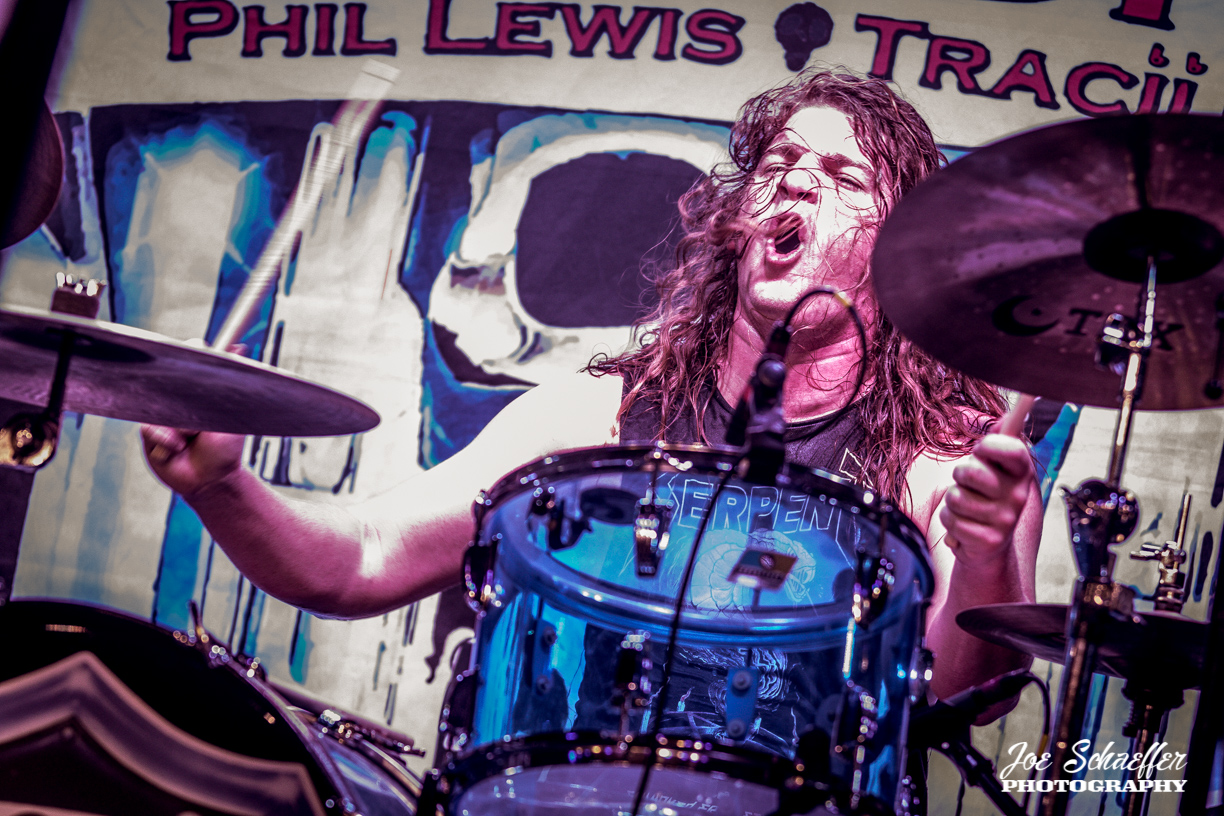 Tracii Guns was firing on all cylinders as they dug in for a kick ass night of rock and roll. Tracii has always been a very solid player and this evening was no exception. Without missing a note he gave us a show that reminded most of us as to how underrated he really is.  I always enjoy watching him play and tonight was no exception. The bow intro to “Over the Edge” is always intriguing as well as his use of the theremin on “Maleria”. 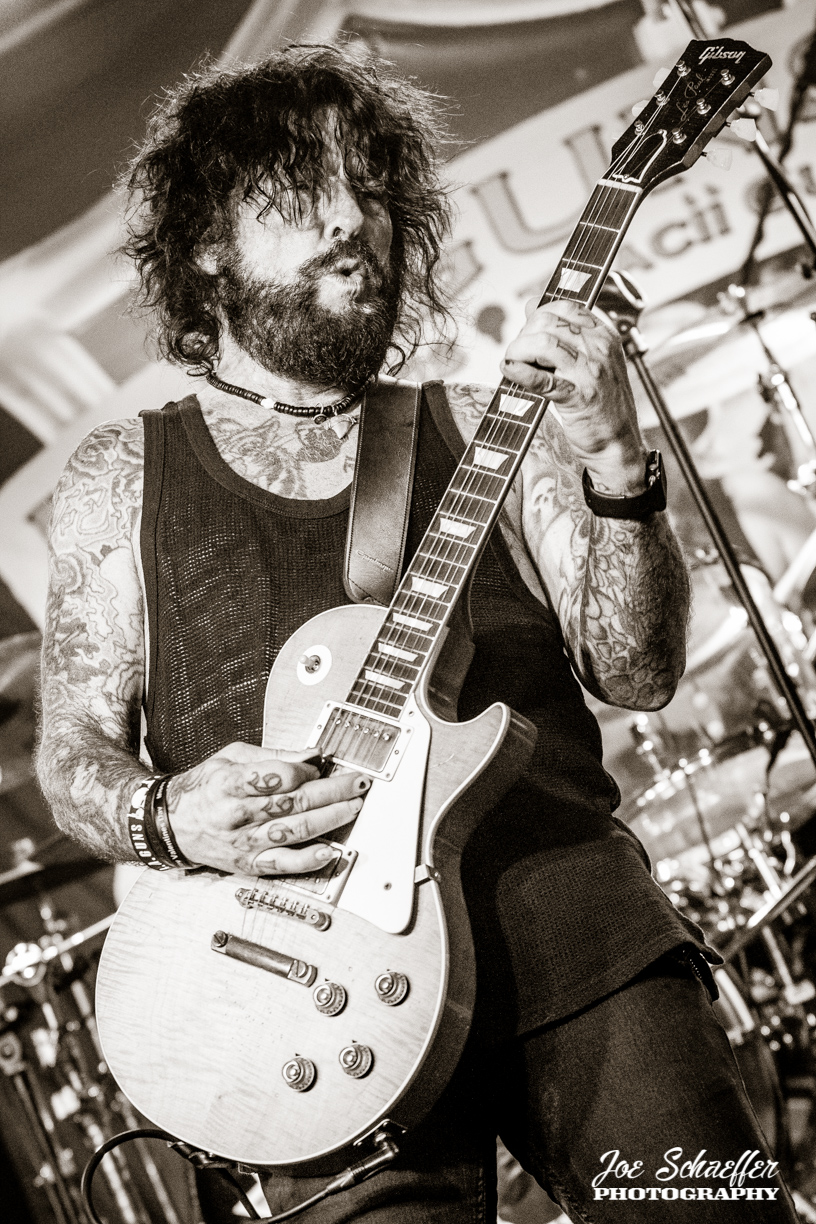 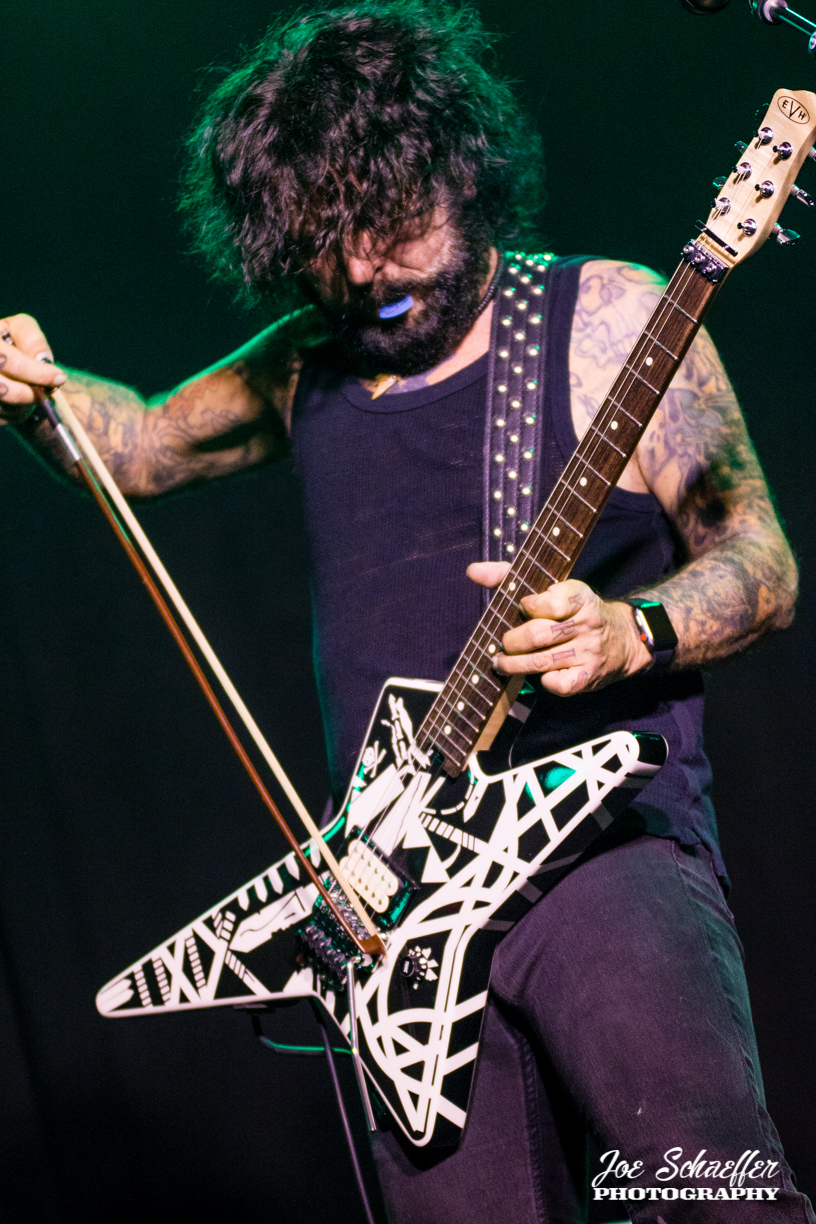 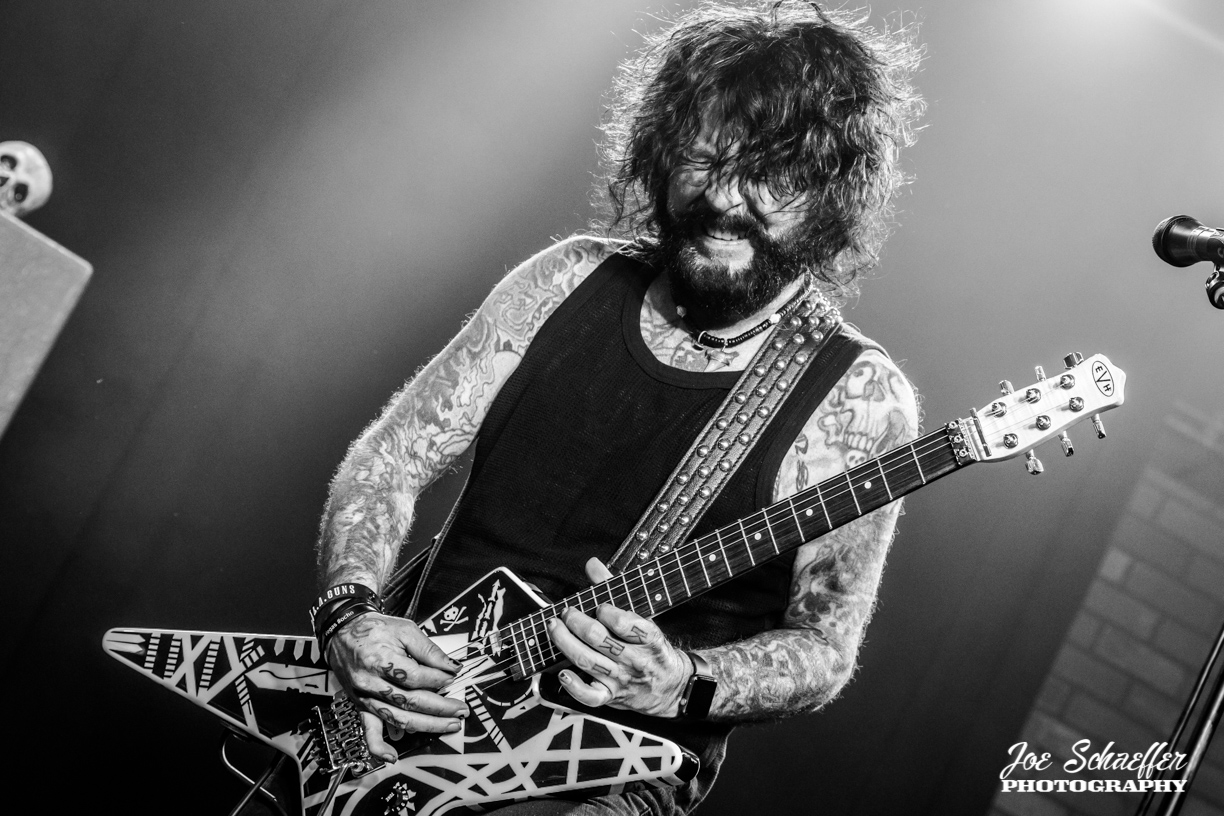 As the night drew to a close, and the band launched into their biggest hit, “Ballad of Jayne,” Phil Lewis proudly asked “Hey Orange County, are you going to sing with me?” Being in the audience was an incredible experience from the viewpoint of a fan. 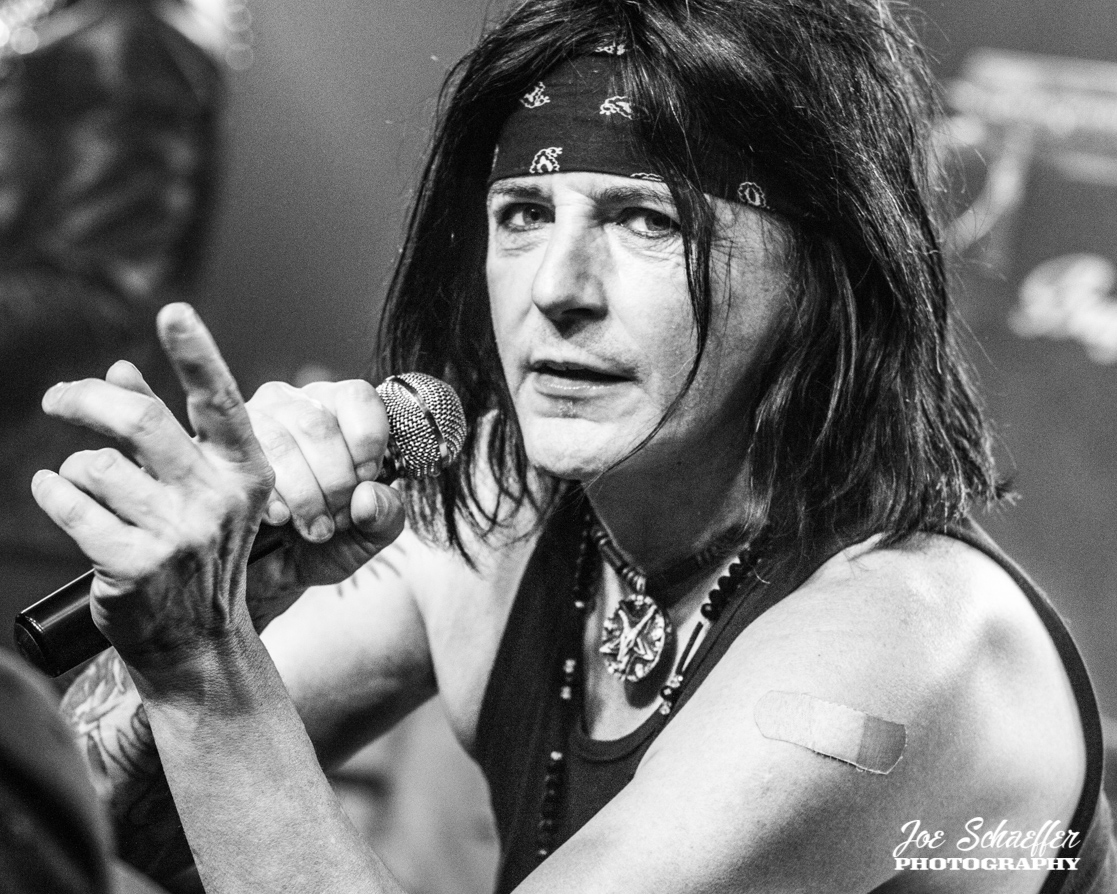 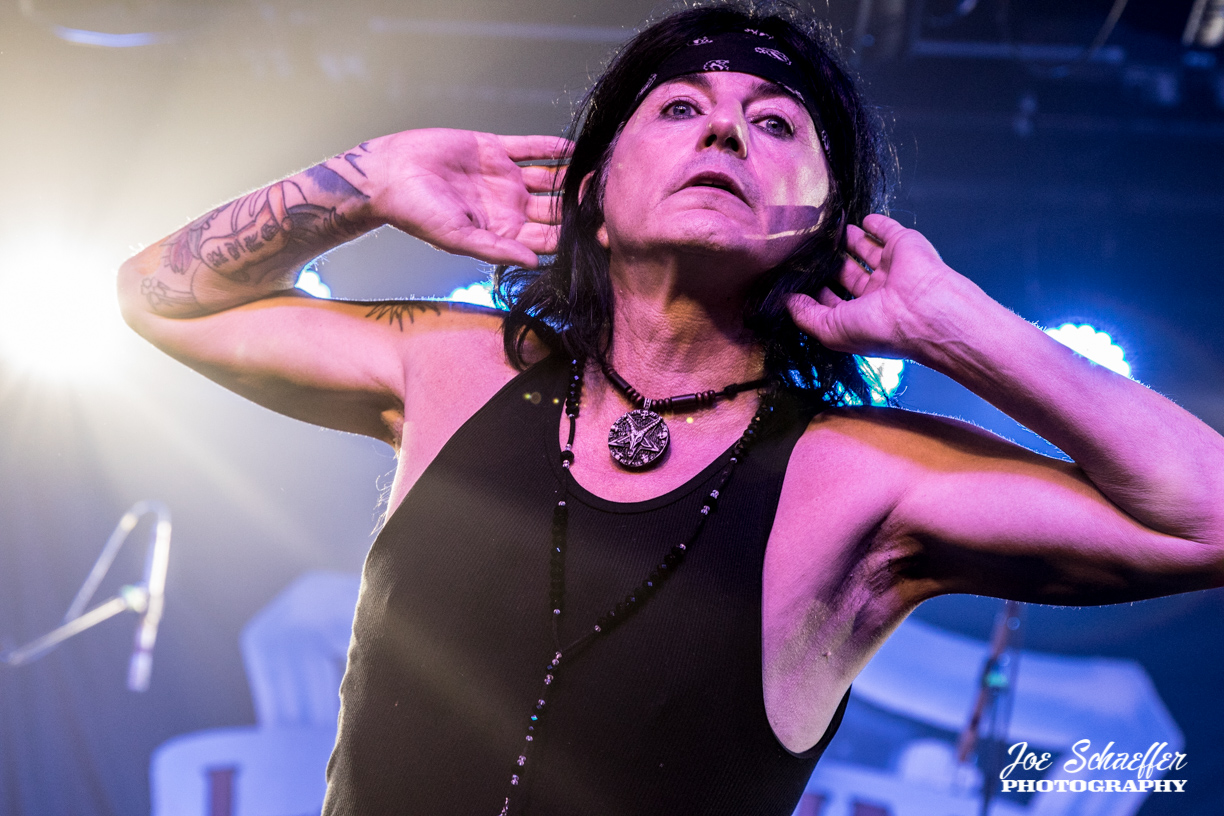 By far this L.A. Guns line-up of Tracii Guns and Phil Lewis with guitarist Ace Von Johnson, bassist Johnny Martin and drummer Shane Fitzgibbon is, bar none, the best I’ve seen since the original line-up. Sure most fans would love to see all original members back, but that’s just not going to happen.

The show itself was absolutely killer. Phil Lewis and company kicked ass on this Friday evening, and I was damn glad that I caught this concert. I absolutely encourage you all to check them out when they are anywhere near your town. 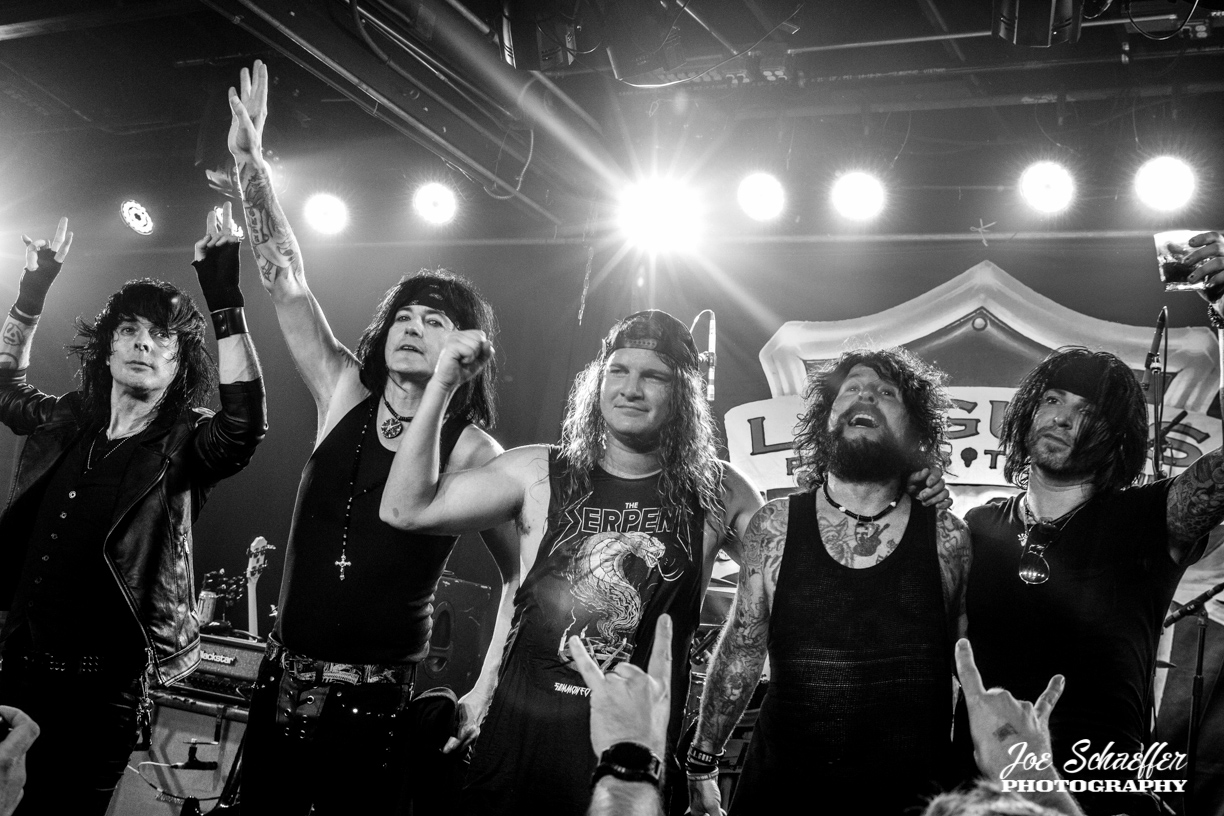 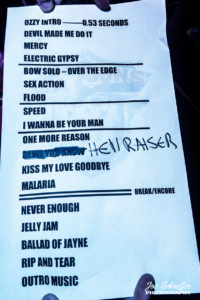