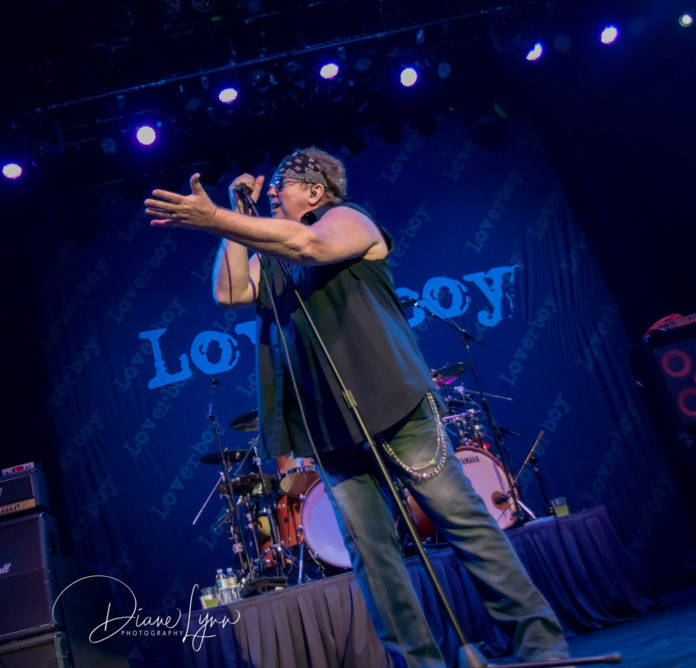 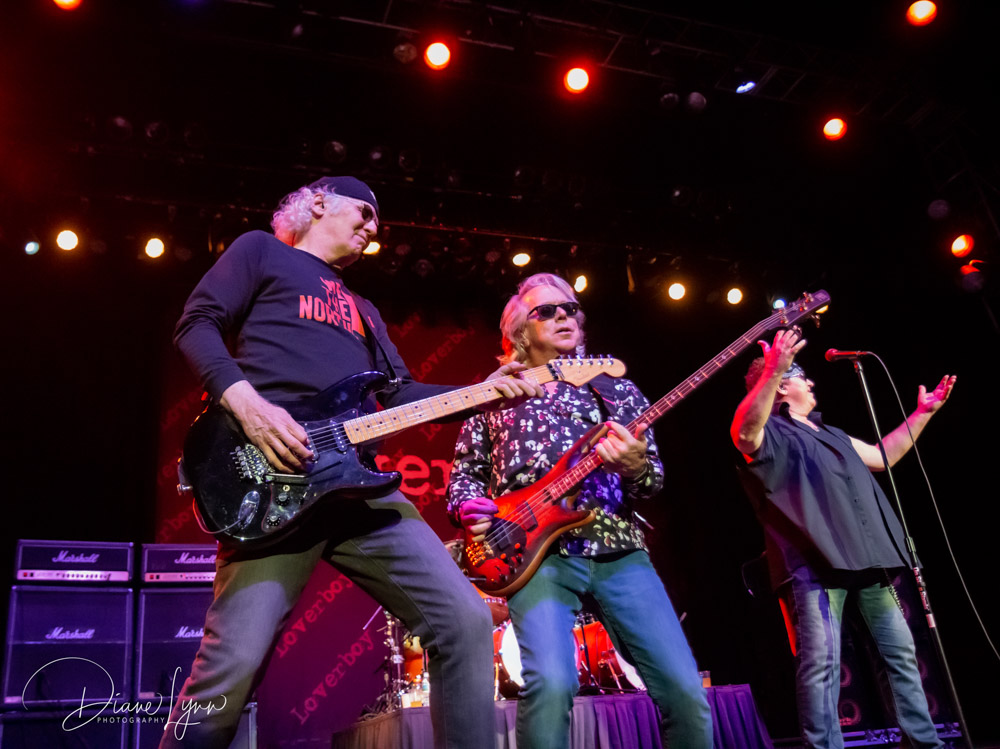 Last Thursday the howling winds in So. Cal. were no match for Loverboy fans! Near and far they came to see their favorite 80’s rockers and at 8pm The Grove in Anaheim, Ca. was catapulted back in time to when sweatbands and leg warmers were the latest fashion and Loverboy were on top of the charts! 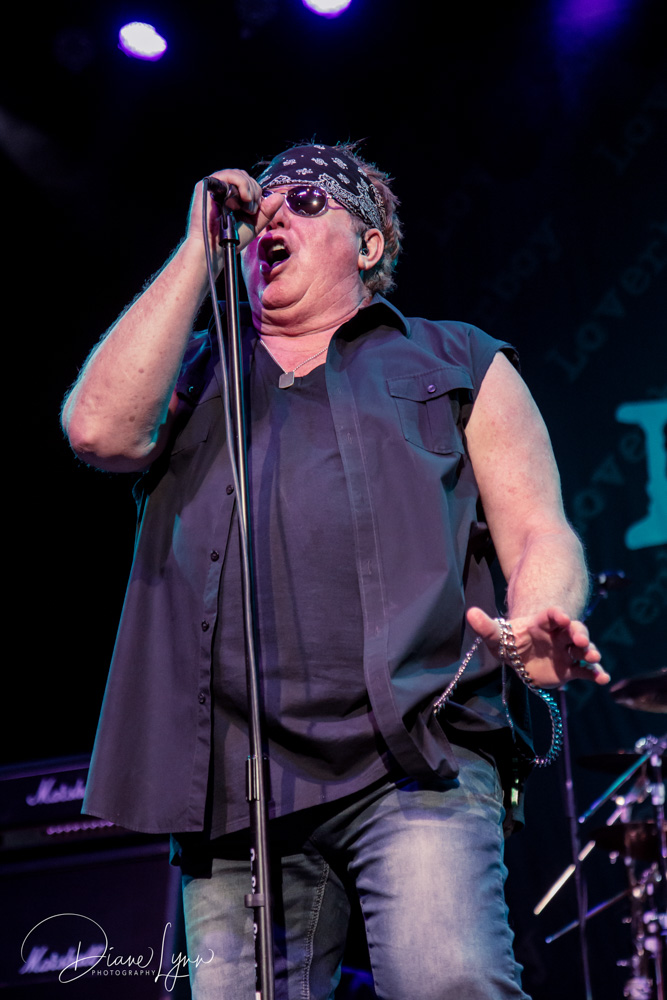 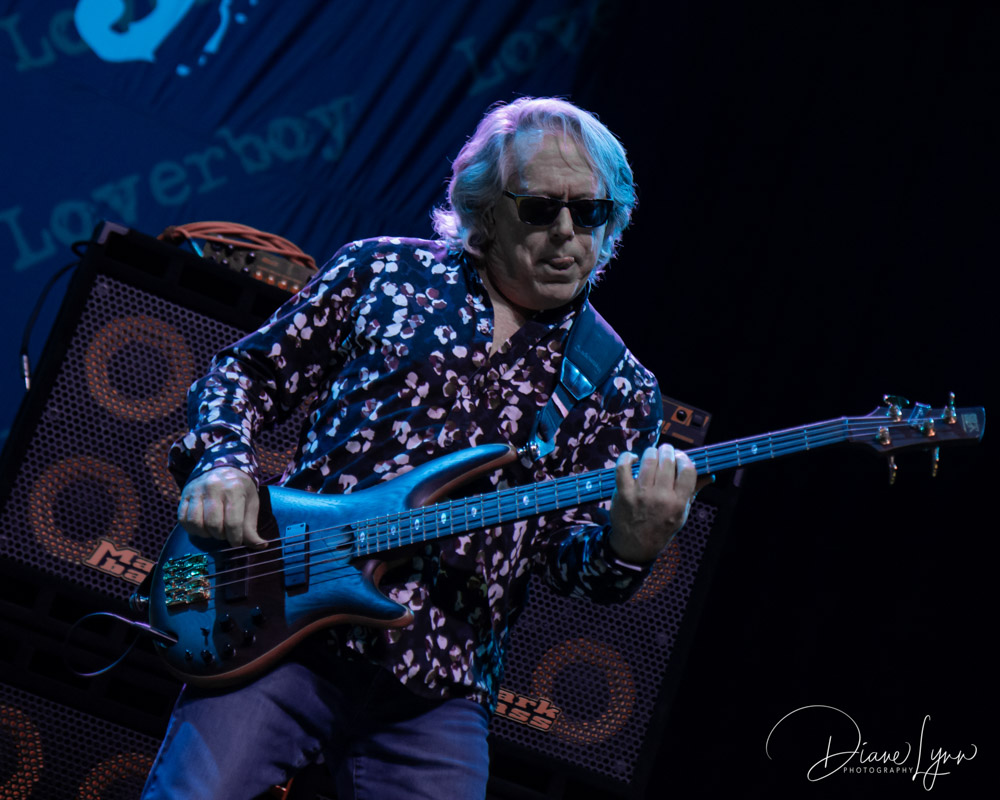 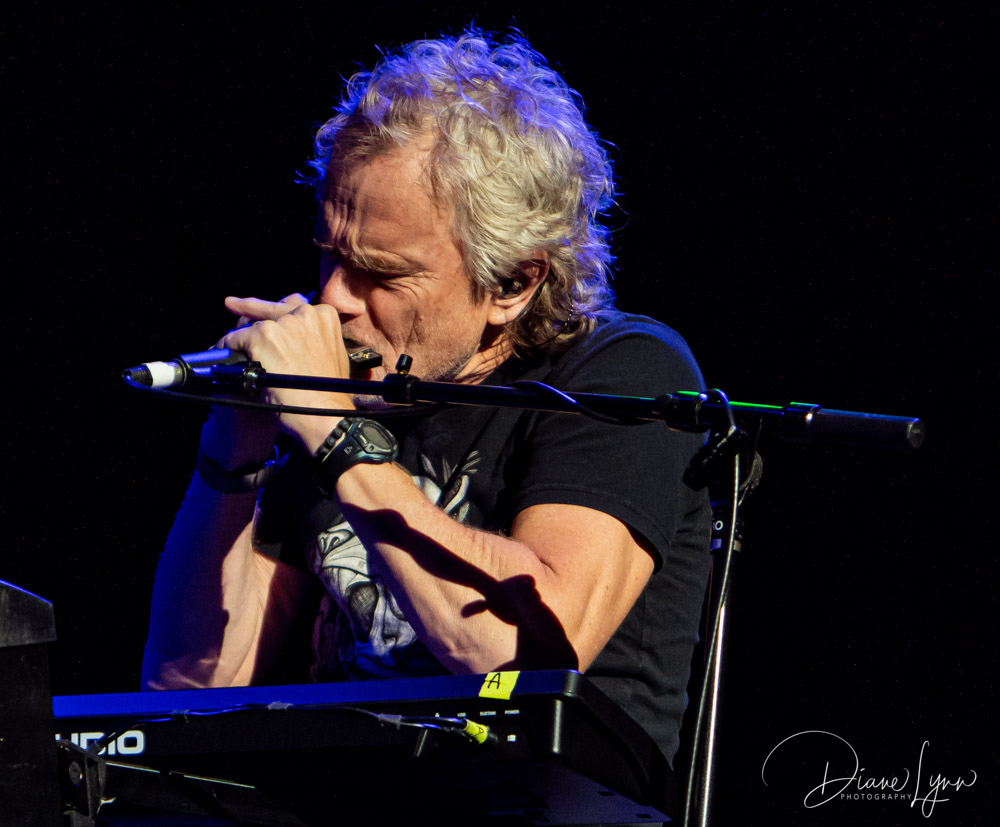 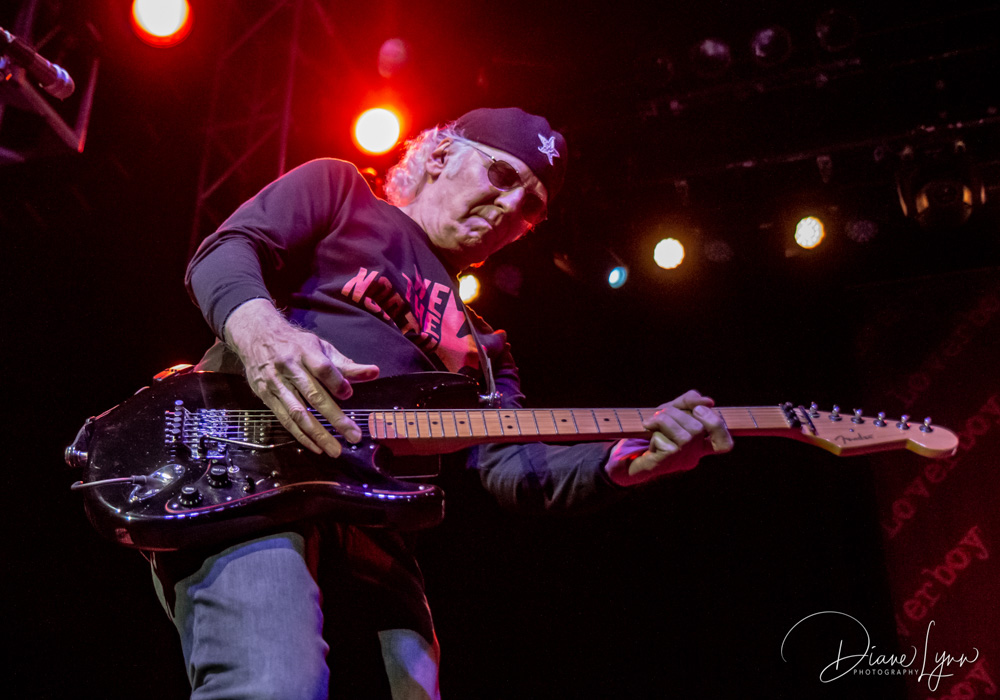 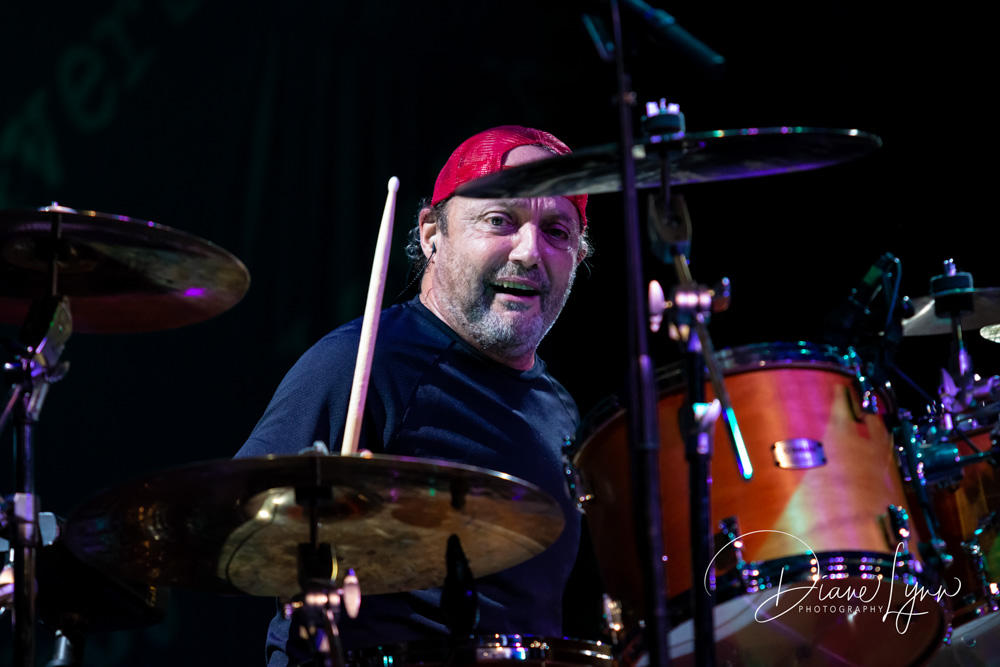 I was and still to this day am a Loverboy fan!  I had the worn-out cassettes and knew darn near all of the words to their songs. It had been at least fifteen years or more since I had last seen them play live, so when the Grove date popped up I knew I had to cover the show!

Looking around at the crowd coming in I noticed the old Loverboy concert tees that some of the fans were wearing. Yes, some looked at bit worse for wear and were fitting a bit tighter now, but they were being worn with pride! There were even several fans with the trademark Loverboy headband that lead singer Mike Reno is famous for wearing. 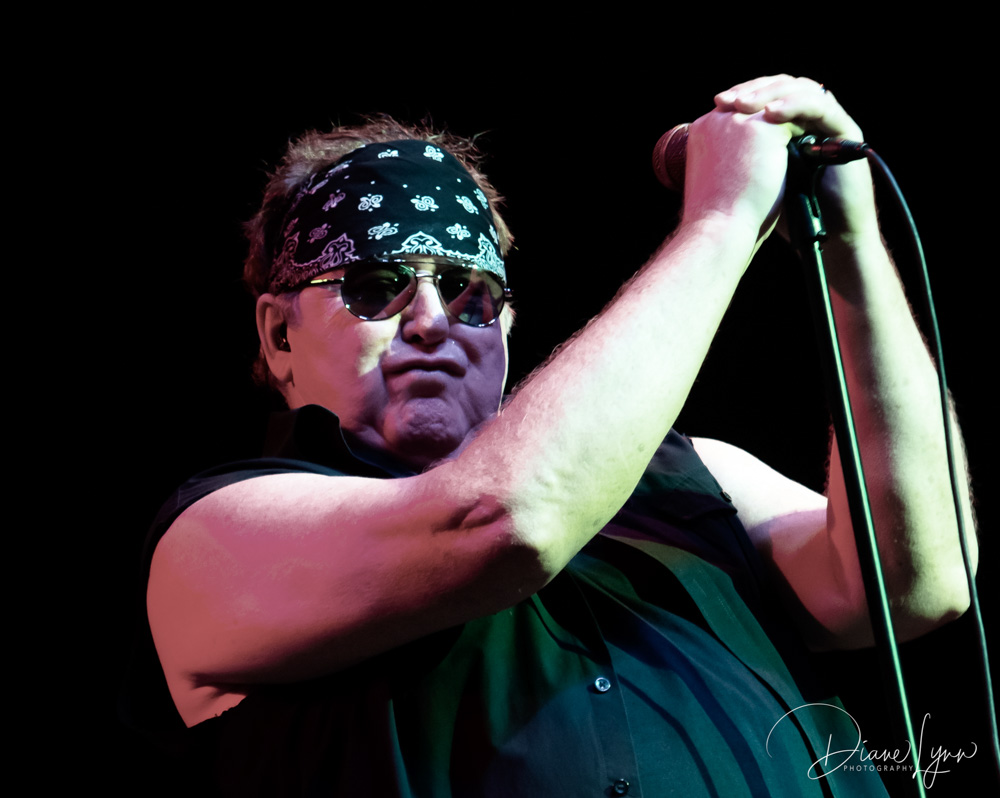 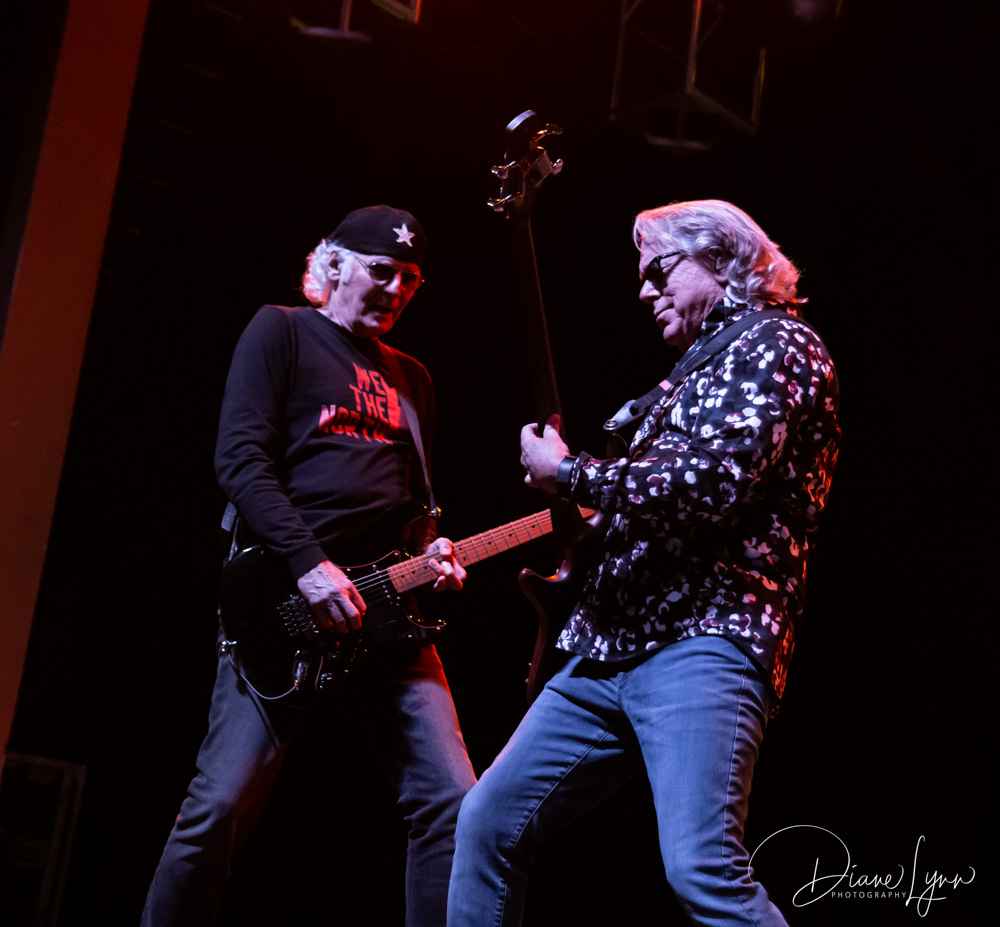 When the lights dimmed the band made their way out to the stage grabbing their instruments while giving a quick glance out to the crowd with a smile. Once the guys were ready to go, they started with their intro and as Mike Reno (complete with his headband on and one in his back pocket) made his way to the mic, they turned up the heat and started us off with “Notorious”, the first track from their 1987 Album Wildside. They then took us back even further to 1981 with their hit song “Lucky Ones”.
Although the usual open pit area at the front of the stage was filled with chairs these dedicated fans were definitely not sitting, they were on their feet dancing and singing along with every lyric. Of course, I sang along too while snapping my pics! 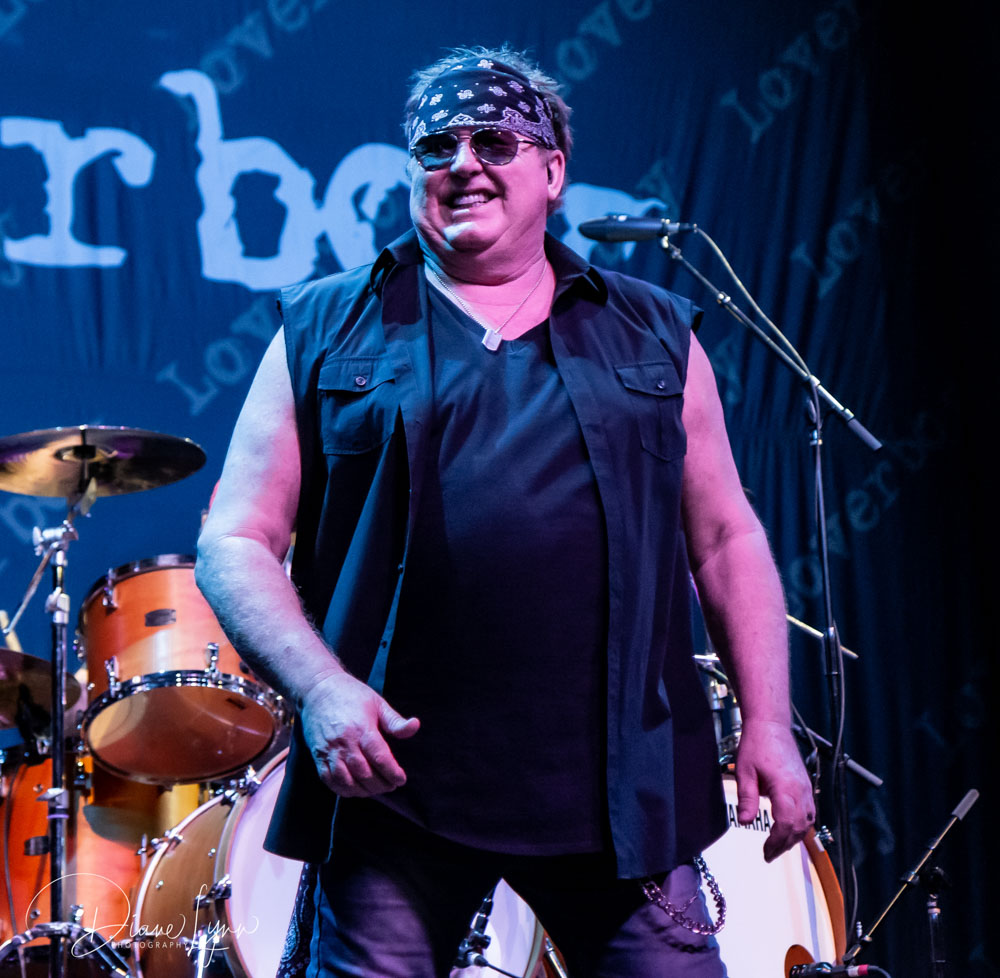 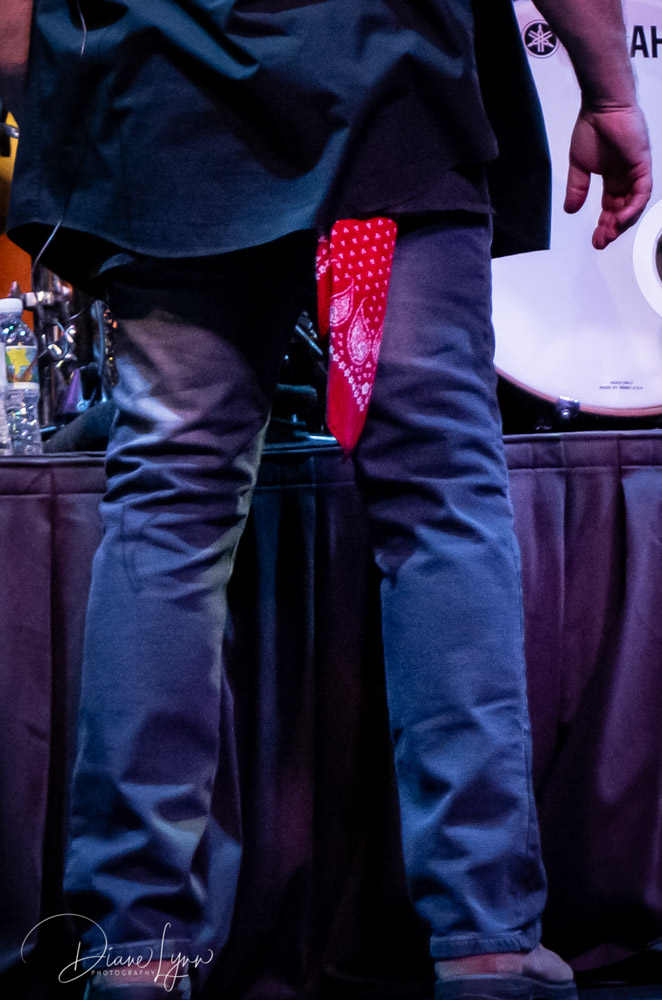 This 80’s flash back party was in full effect!

The guys in the band are definitely still in top form! Each showing their perfected talents with every song.  Bassist, Ken “Spider” Sinnaeve and Drummer,  Matt Frenette showed off a bit when they broke into their mini solo jams, then came together for a drum/bass jam which isn’t something you usually see. Keyboardist, Doug Johnson provided that electronic sound that is so recognizable in a lot of Loverboy’s tunes while Guitarist, Paul Dean seemed to be keeping it cool with his shades on while tearing it up on his Fender Stratocaster!  Mike Reno sounded killer, that strong, instantly recognizable voice of his still sounds the same! 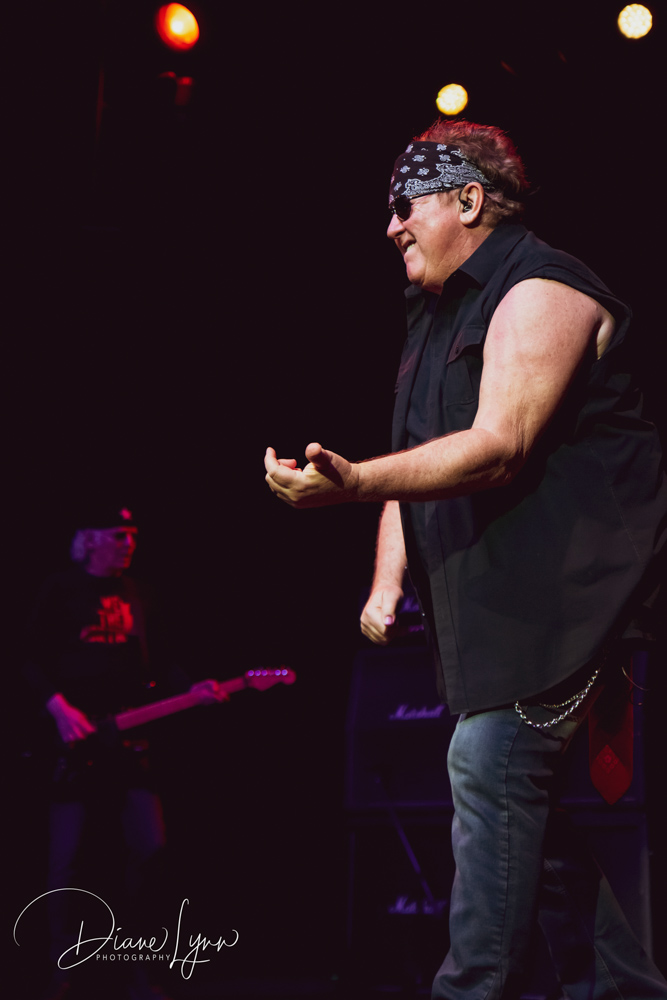 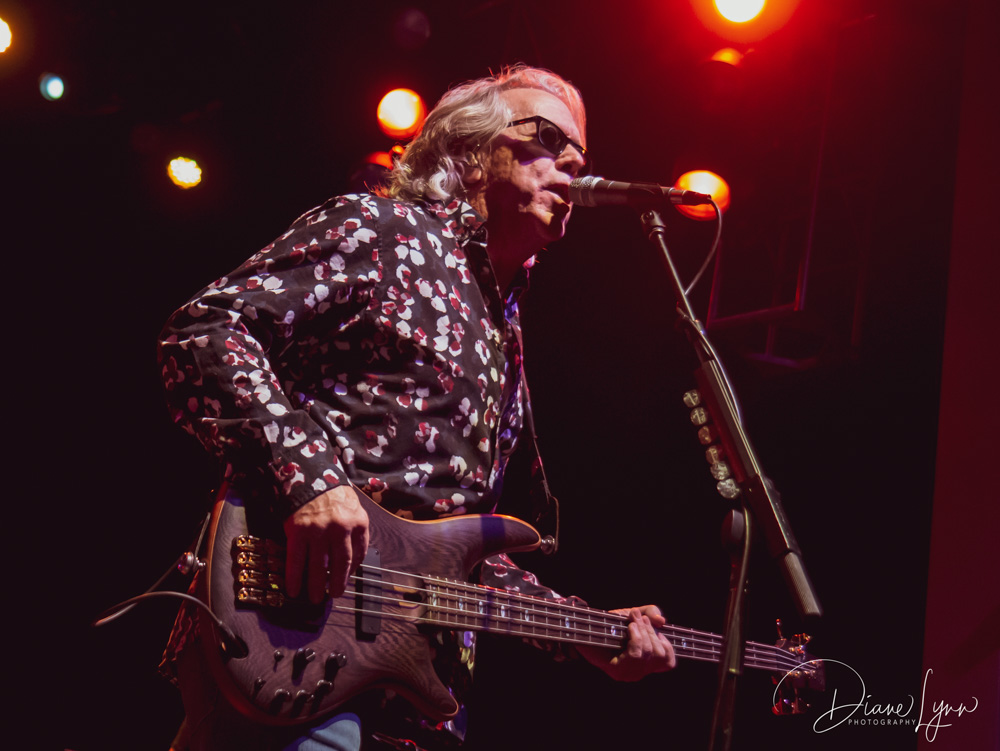 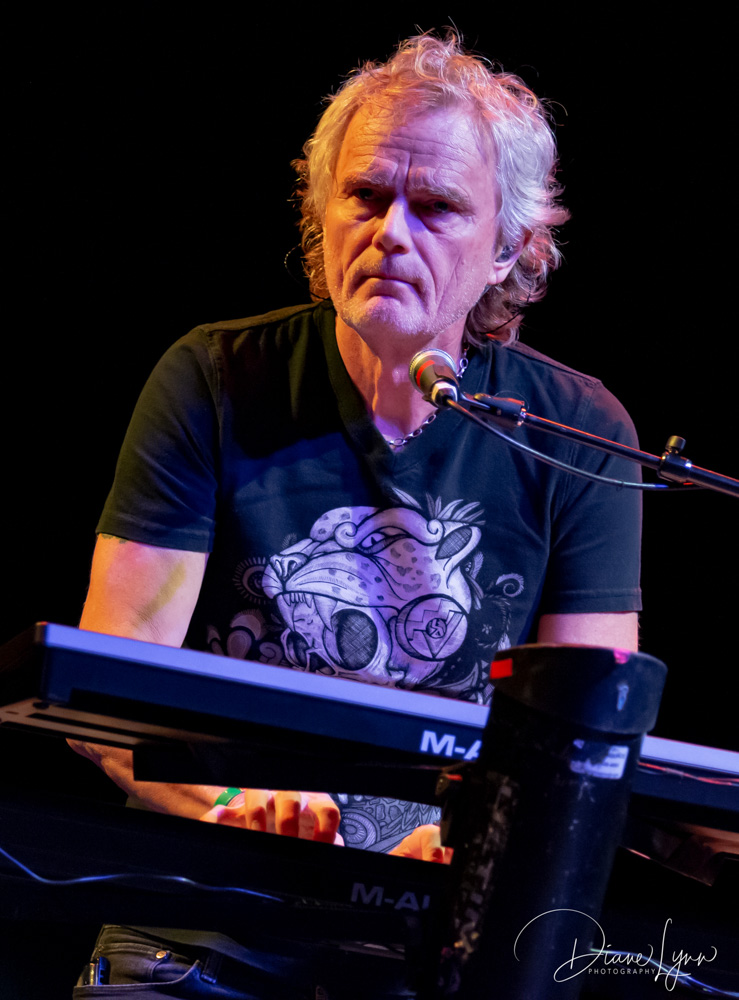 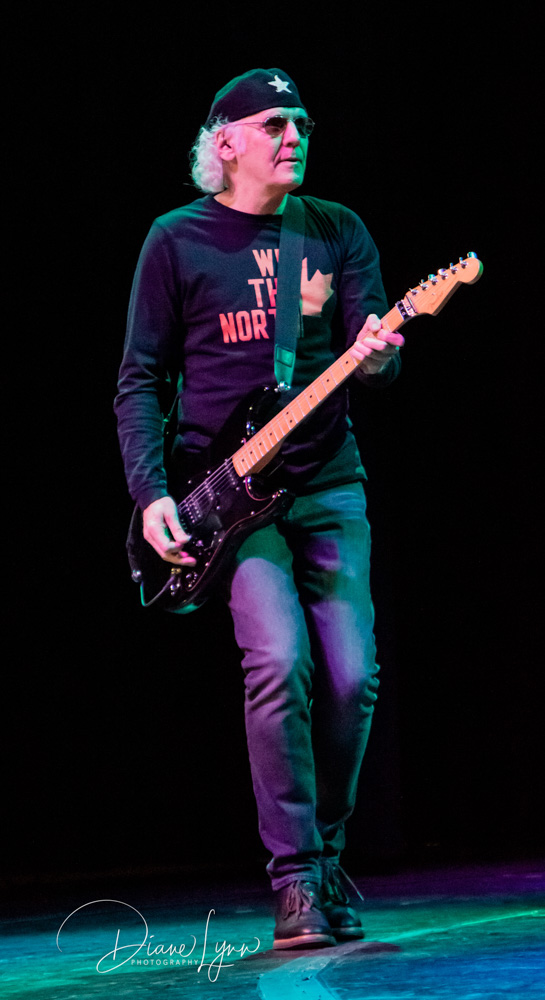 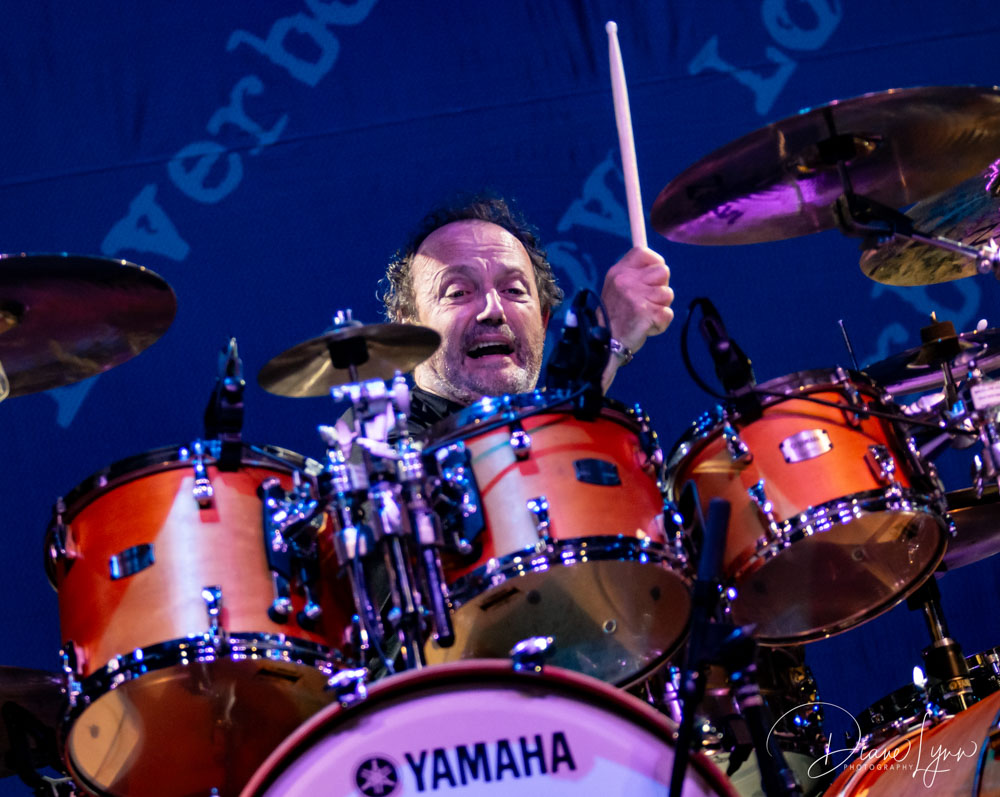 The setlist pulled from several of their albums but was mainly cut from their 1981 hit album “Get Lucky” which included the songs “Take me to the Top”, “It’s Your Life”, “When it’s Over” and of course their mega hit “Working for the Weekend”.
They even played my favorites “Turn Me Loose” and “Hot Girls in Love”. 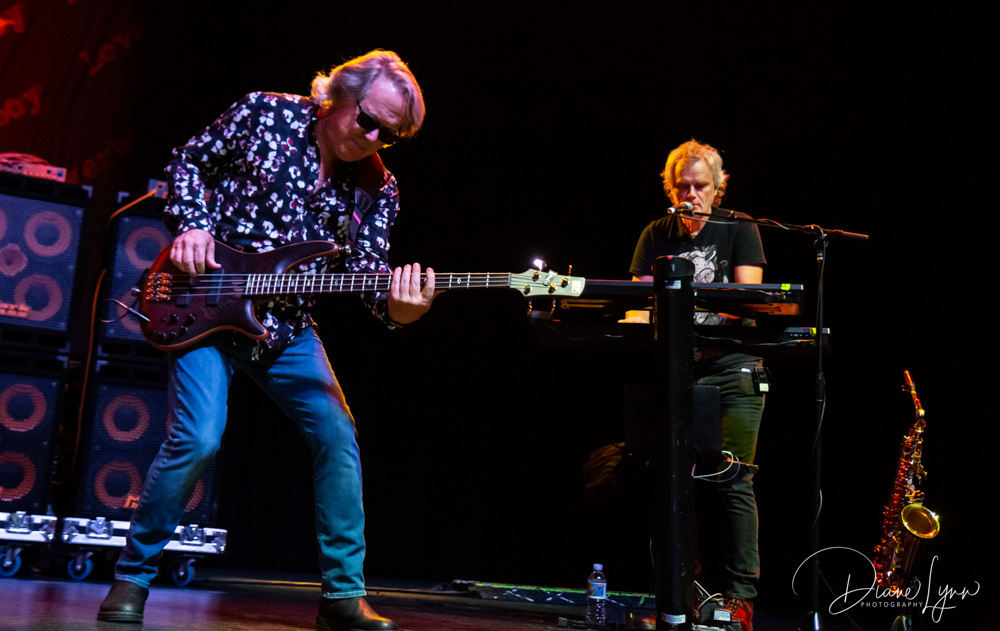 About midway through Mike surprised us with bringing out singer Catherine St. Germain to perform the hit duet “Almost Paradise”. Mike originally recorded this song with Ann Wilson back in 1984 for the blockbuster movie “Foot Loose”.
This is such a fantastic song and I was so happy that it was added to the set, Mike and Catherine sang it beautifully! 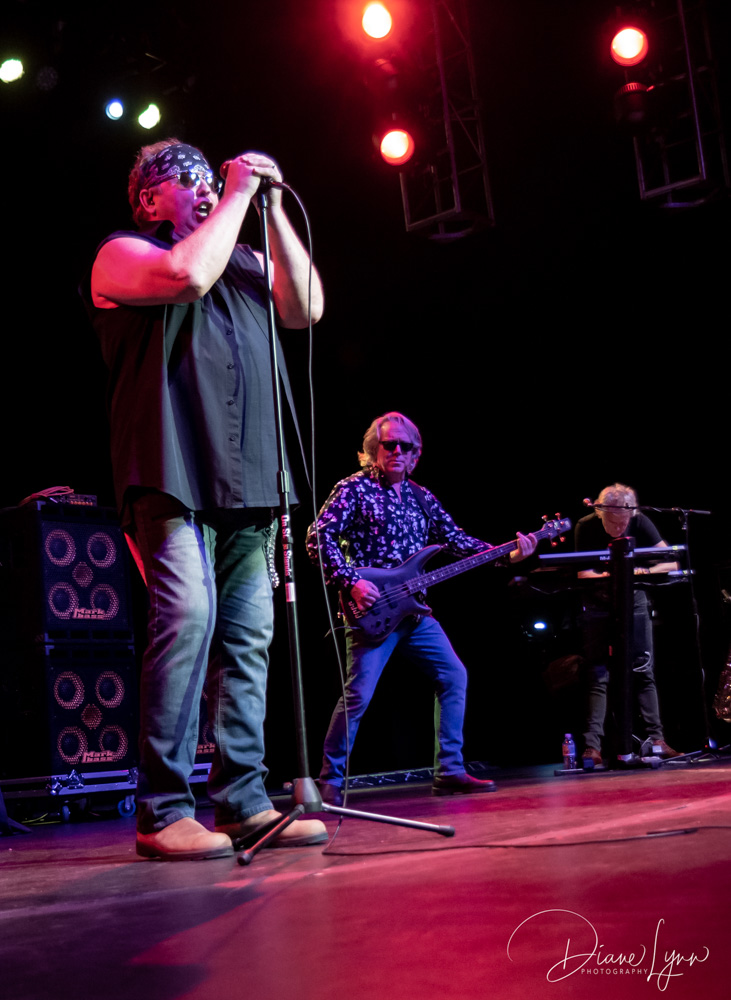 The lineup for Loverboy is somewhat of a rarity as it consists of all original members with the slight exception of Bassist, Ken “Spider” Sinnaeve who joined the band back in 2001 after the untimely passing of original Bassist Scott Smith in 2000. 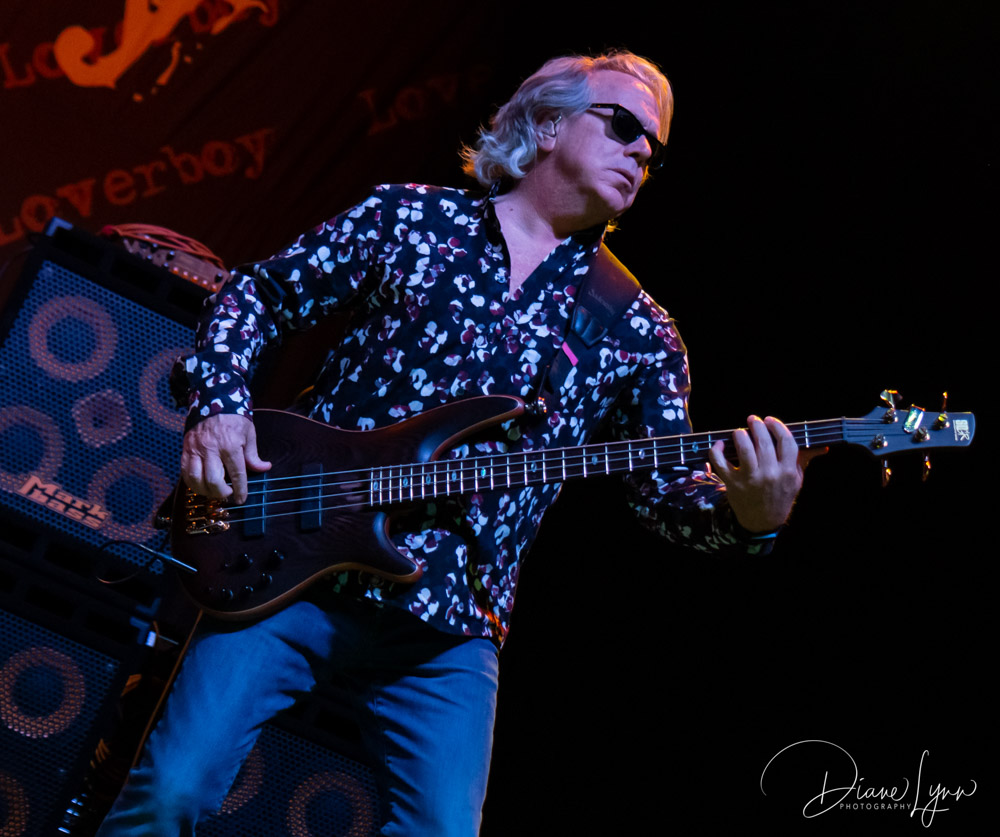 Loverboy is celebrating their 40th year this year. A Canadian rock band coming out of Calgary, Alberta who took the 80’s by storm with their rockin’ hit songs and are still touring to a massive fan base today.

I really enjoyed my trip back to the 80’s. As It’s been said – I may be old but I got to see all of the cool bands and Thursday night I got to see one of them again!

Check out their website for tour dates near you!