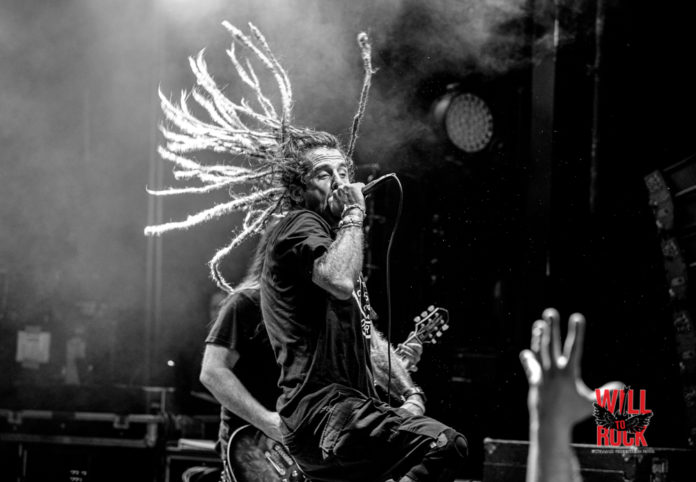 Finally, I had the chance to see Lamb Of God and although they were quite the spectacle to behold, I feel I didn’t get the entire package. 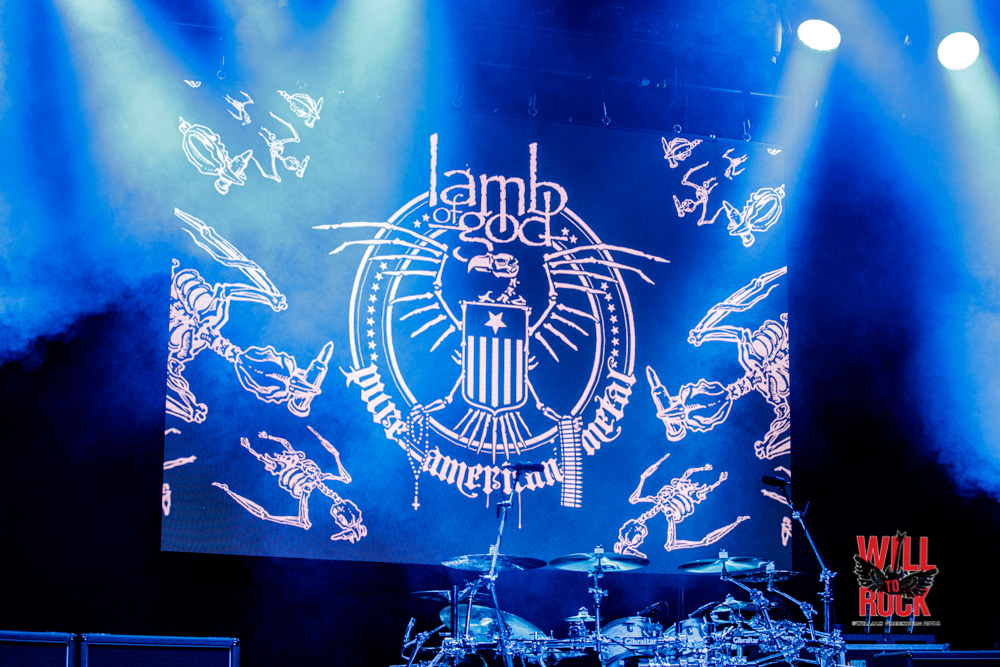 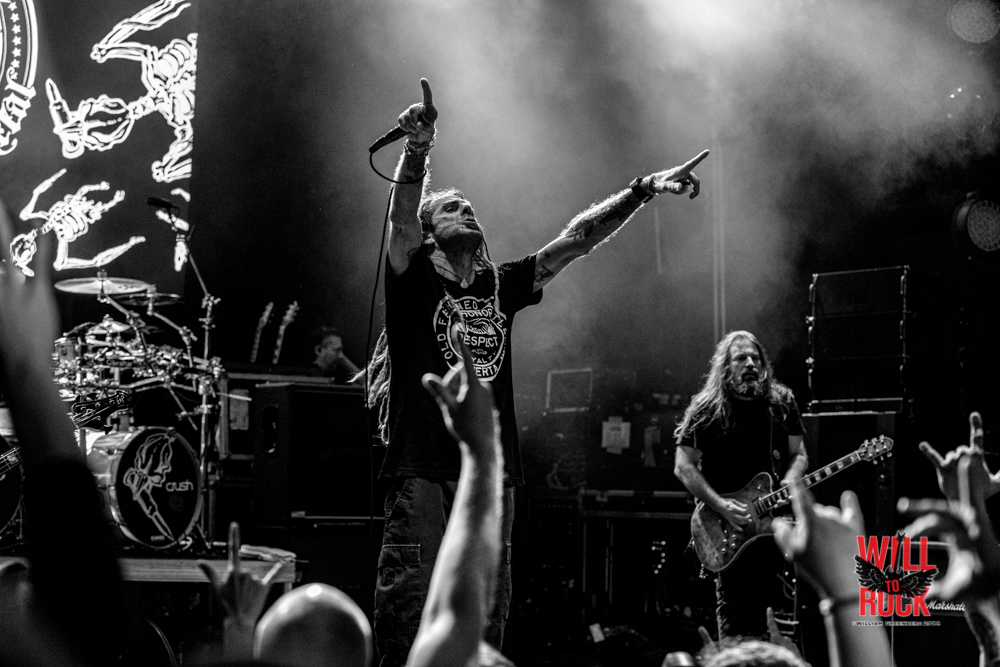 First the Good: The intensity of their show was amazing. While the band of Mark Morton (lead guitar), John Campbell (bass), Willie Adler (rhythm guitar) and new drummer, Art Cruz are relatively static on stage, sticking to their respective areas, they still exude the emotion and gravitas of their songs. 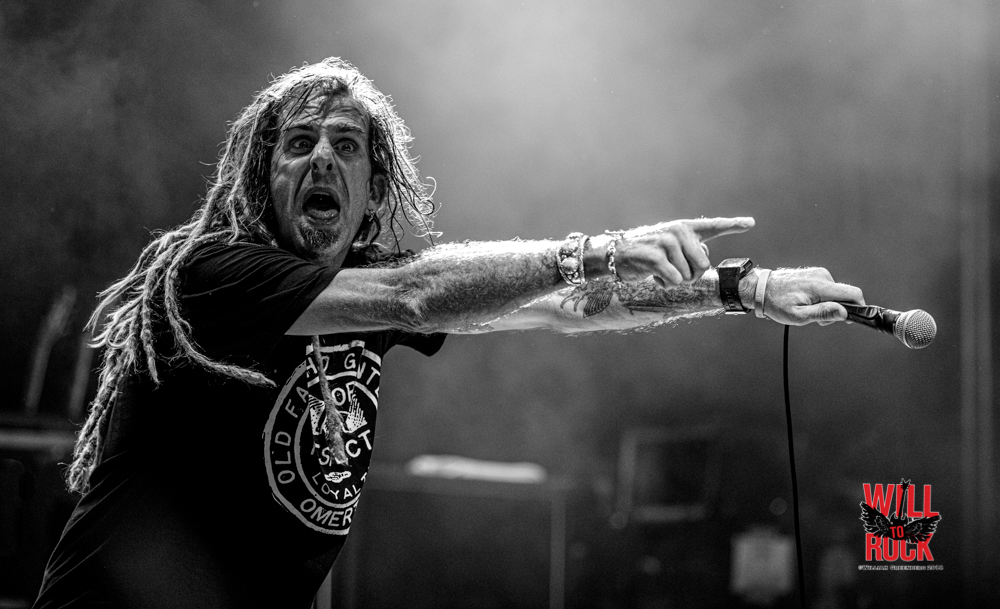 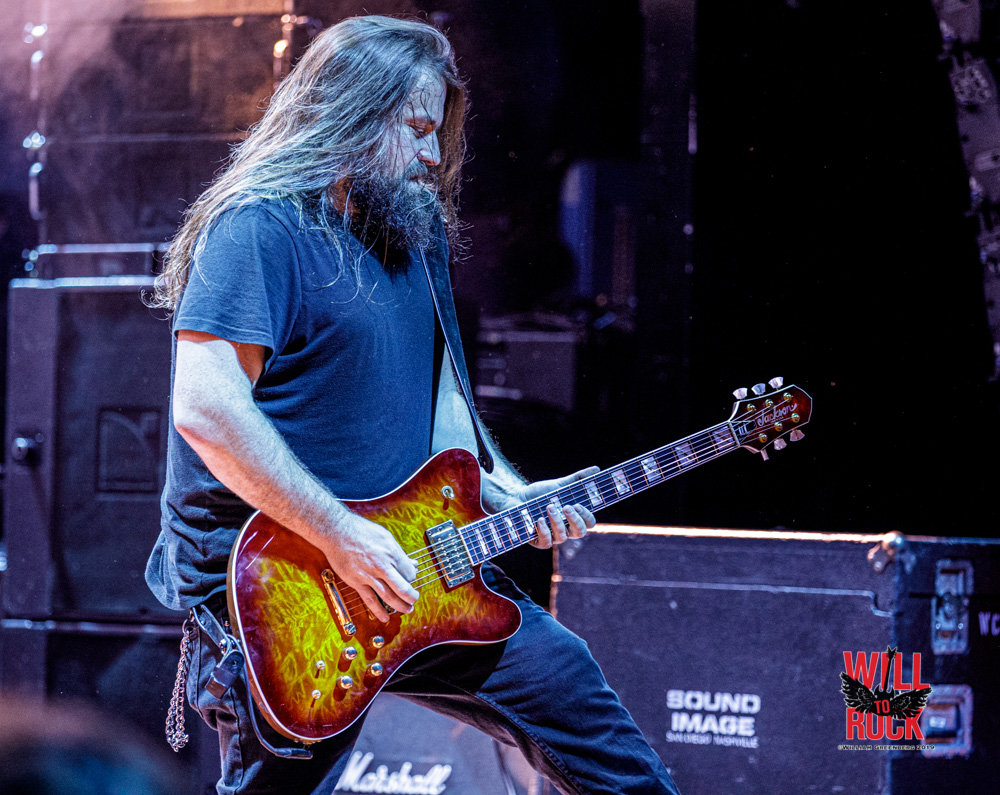 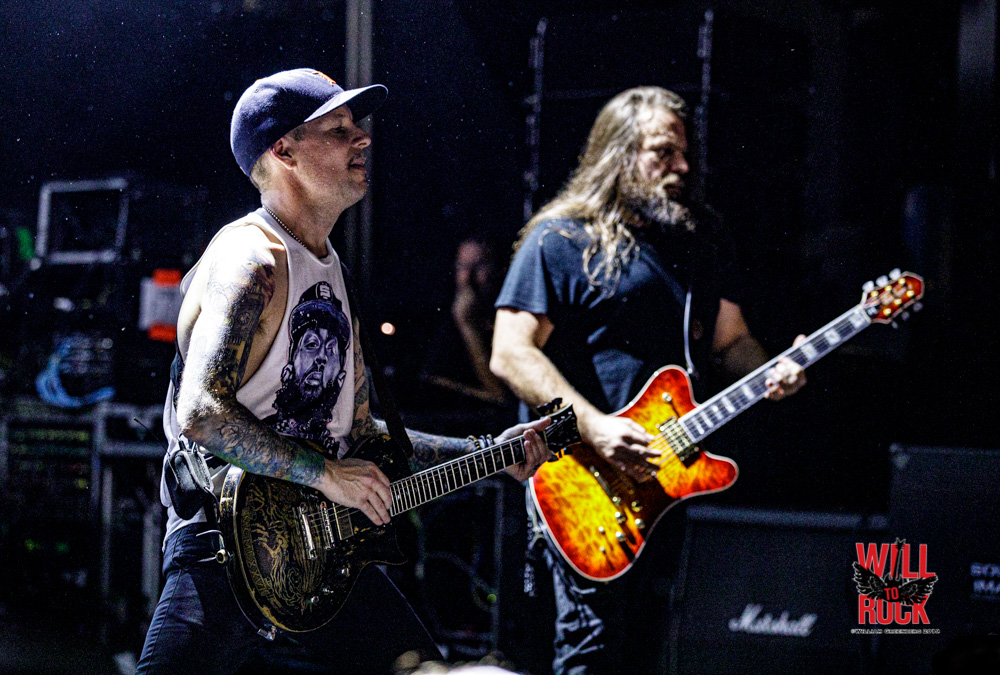 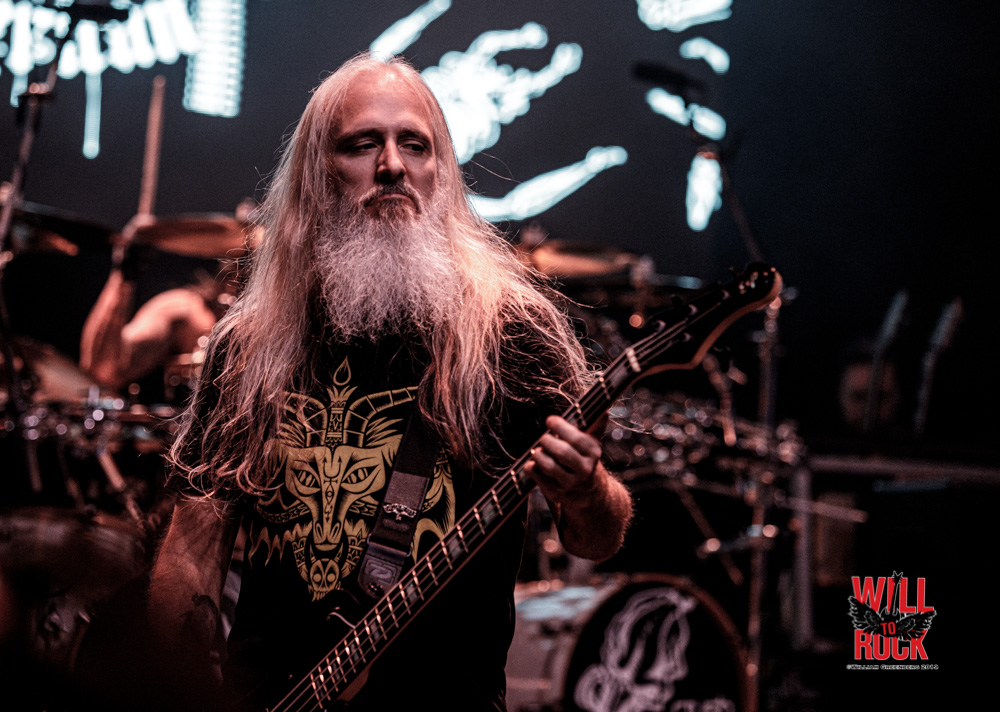 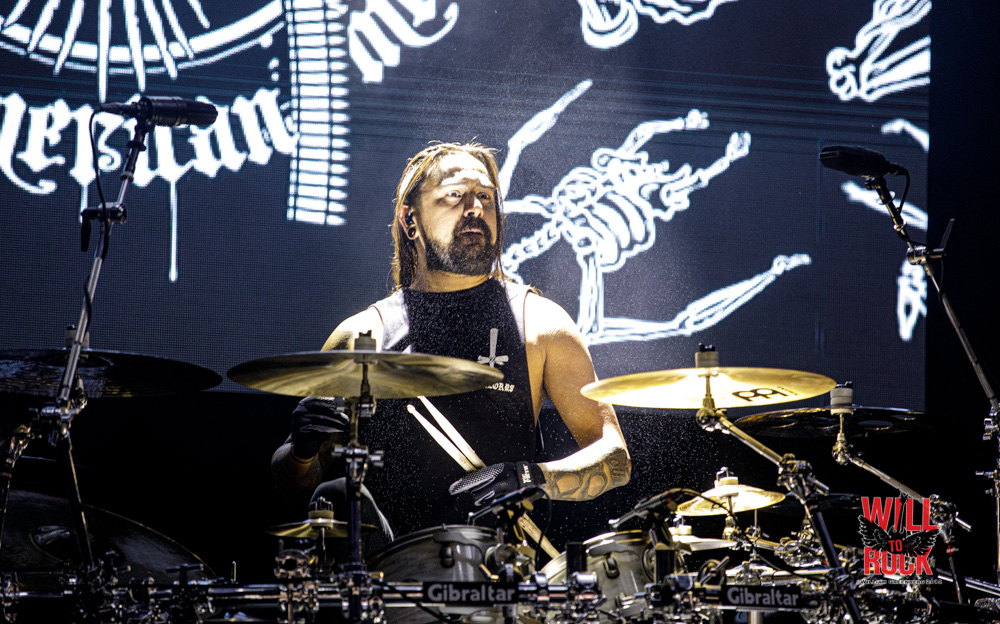 It makes Randy Blythe the focal point with his menacing walk around the stage, looking like a dude who was just trying to find an outlet to vent anger. He stops occasionally to pour water over his head and then between vocals, headbangs his massive dreads into a furious whirlwind. He is indeed a sight to behold and it’s east to see why they’re considered one of the premier Thrash Bands of the Genre. 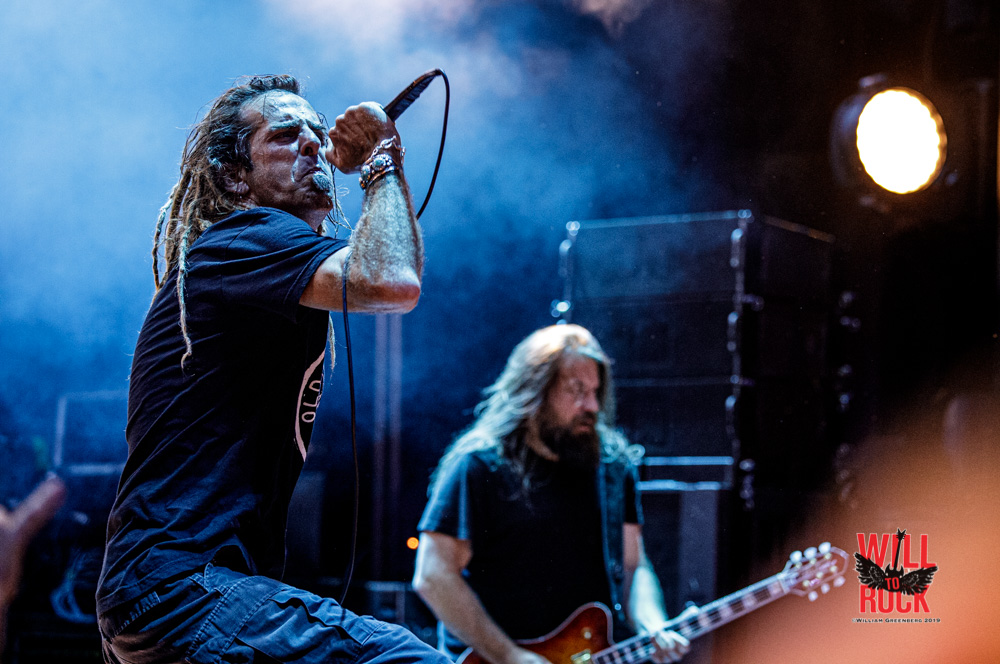 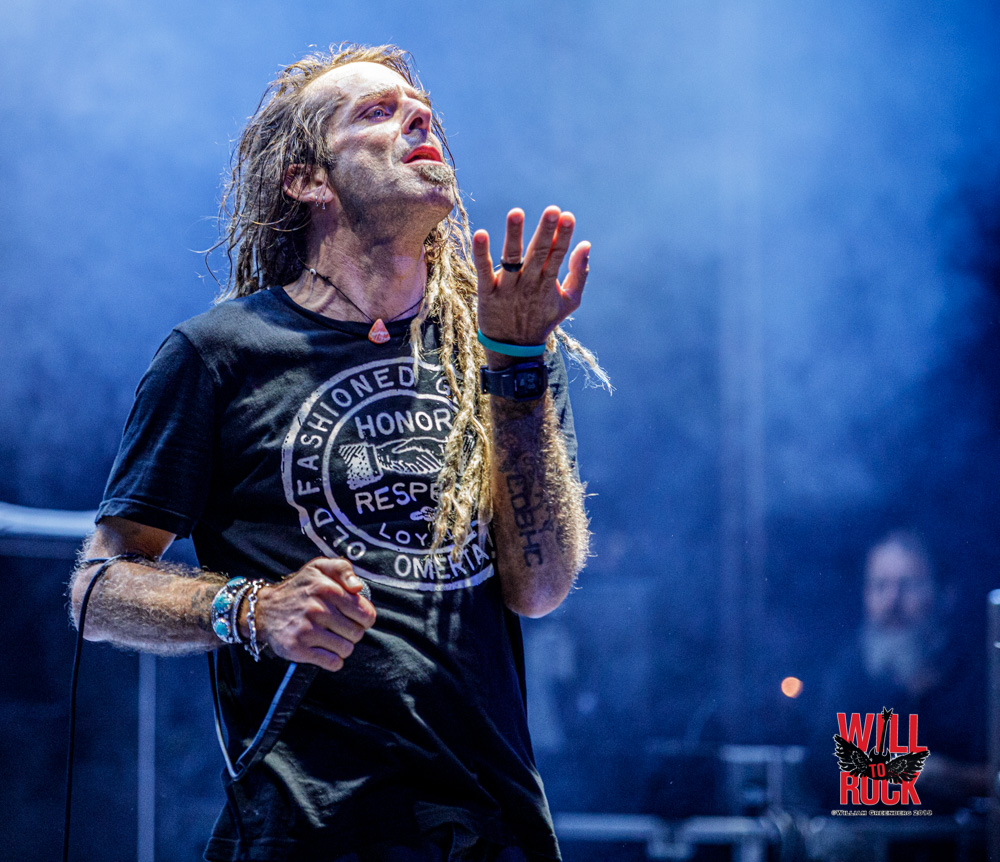 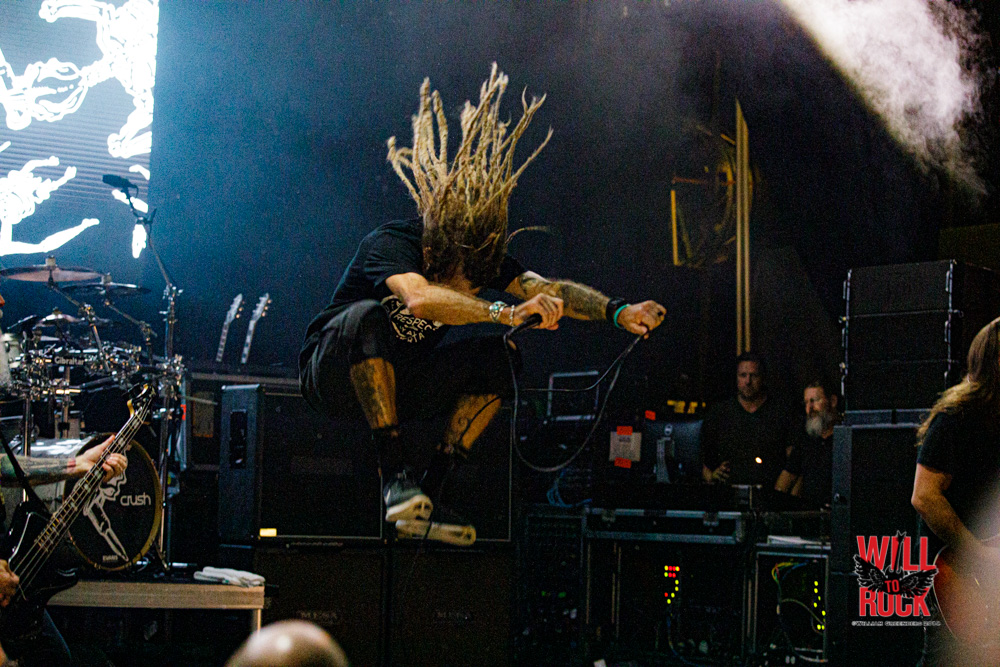 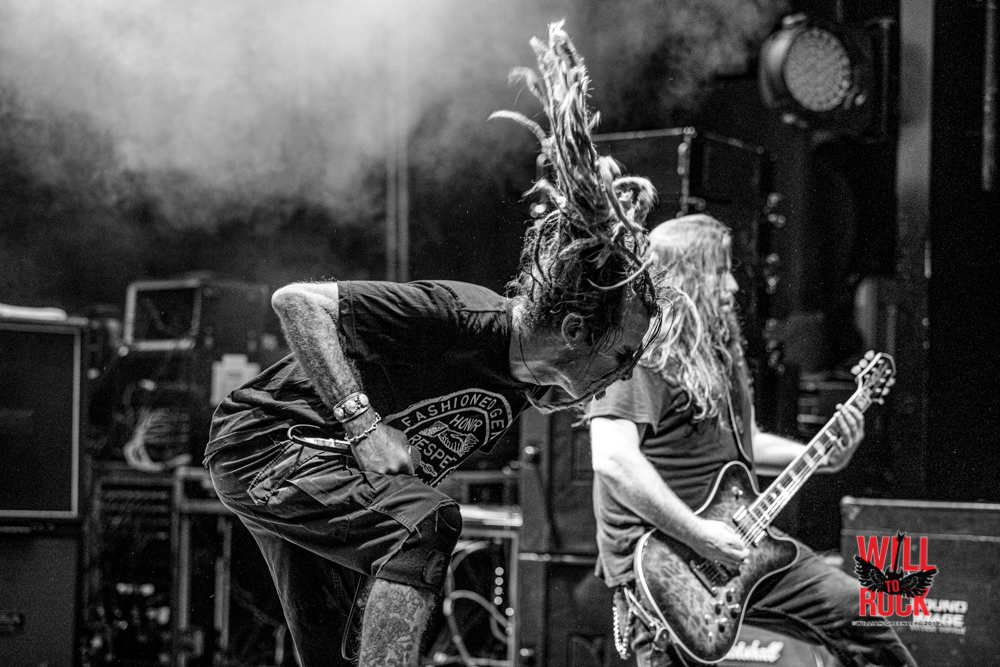 The setlist hit upon a decent expanse of their better known songs from 2003’s, “As The Palace Burns” to 2015’s “VII: Sturm und Drang” (although nothing included from 2012’s “Resolution“) 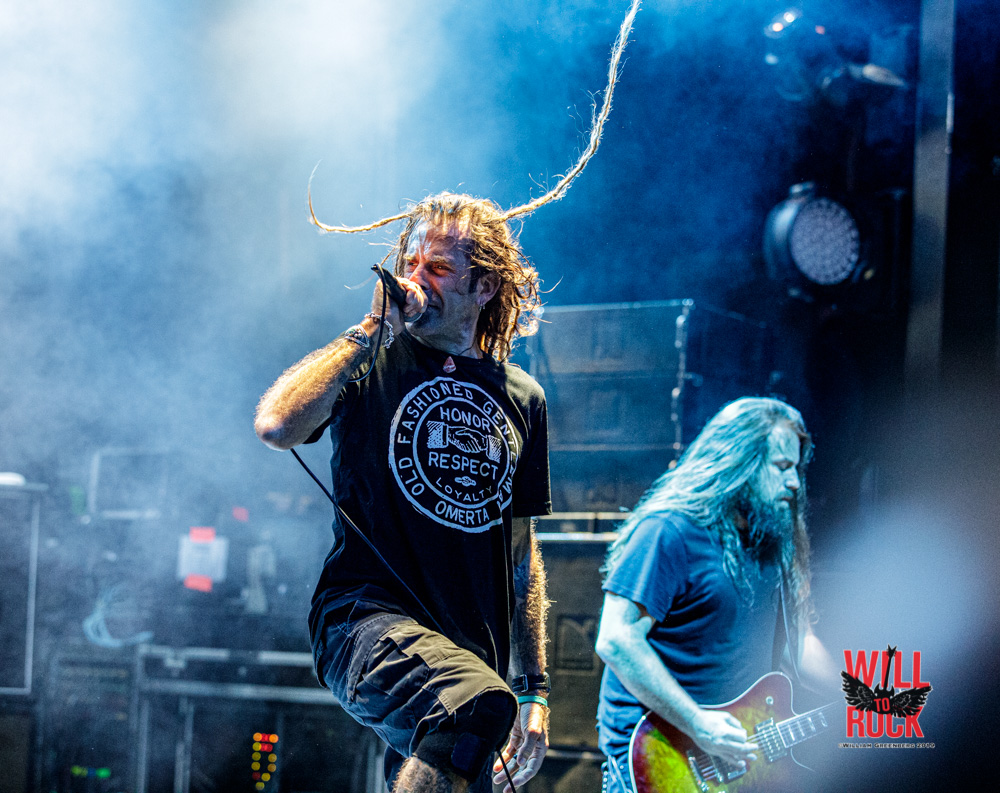 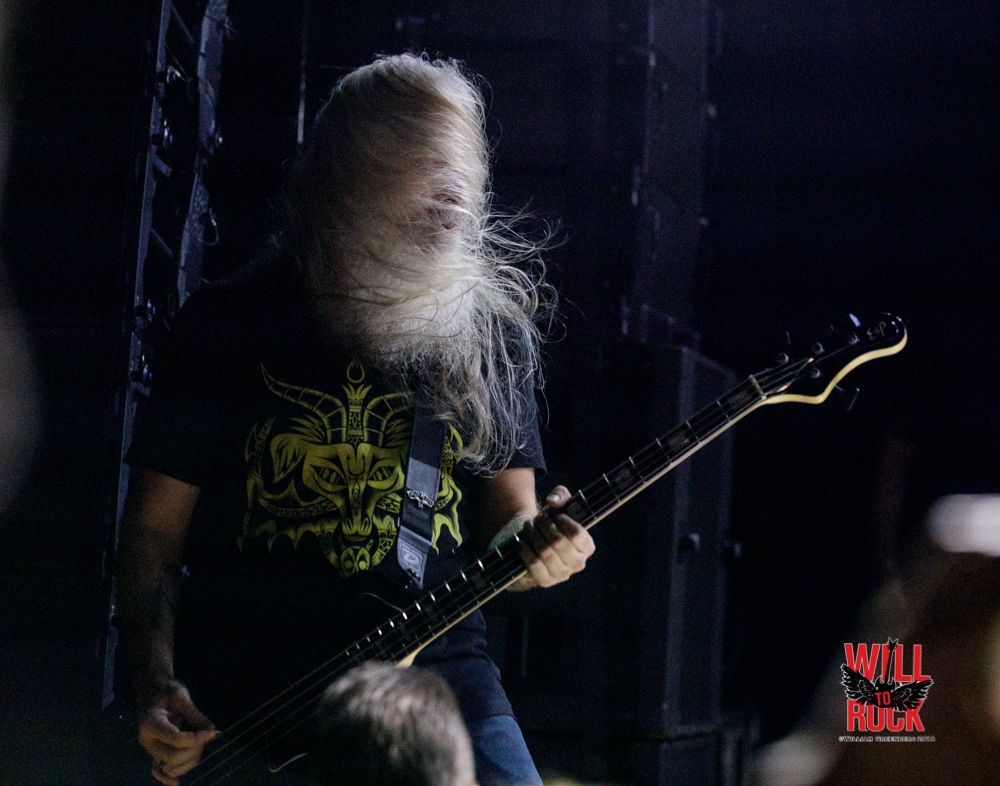 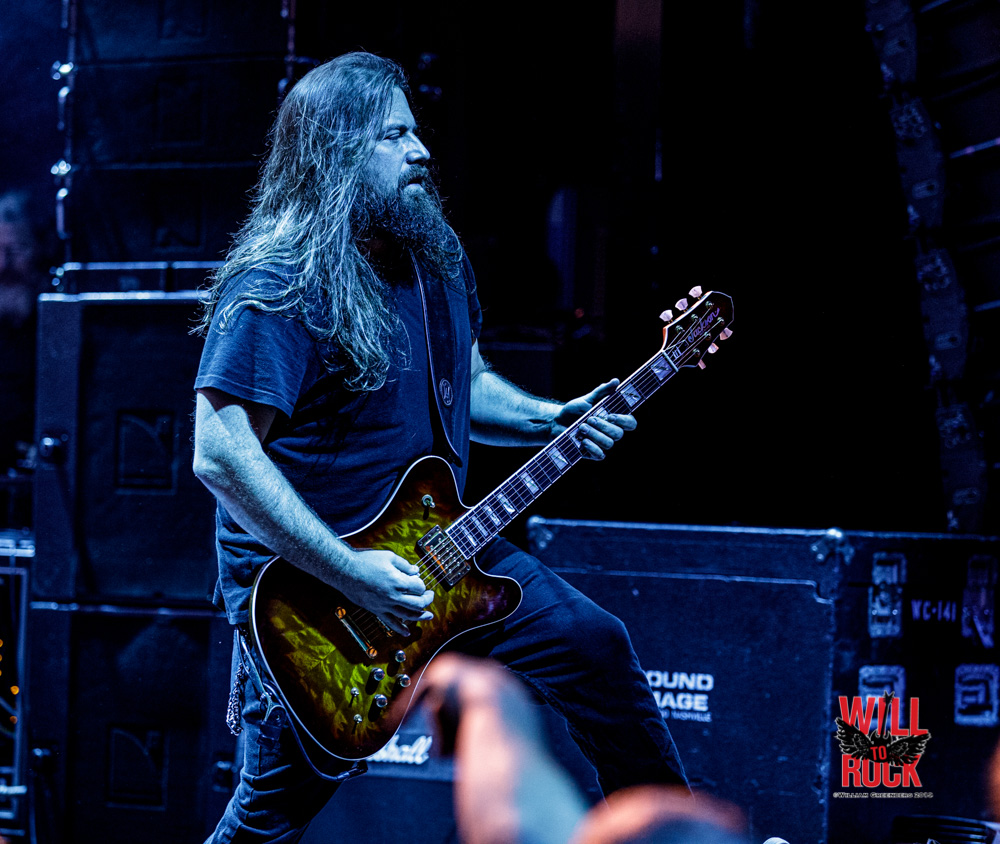 They kicked off the show with a punch into “Omerta” “Ruin” and “Now You’ve Got Something To Die For“.  I’ve mentioned that the growling vocals aren’t my thing, but the grooves and watching Randy stalking the stage made it entertaining enough for me. The only deviation in setlist between their two shows was that “In Your Words” was played at Show 1 and “Descending” took its place in show 2.  They closed each set with “Laid To Rest” and “Redneck“. 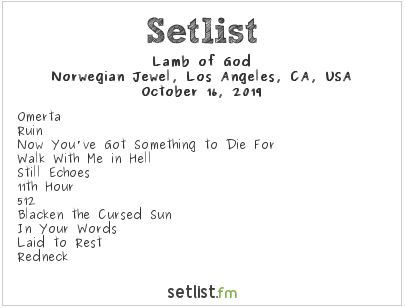 The Not as Good: I feel like this is a band that feeds off the energy of the crowd and having to play both of their shows in the Stardust theater probably stifled that a bit. I think at least one show on the Pool Stage would have allowed the band/fan energy to unleash. And being a ship full of people who aren’t necessarily LoG fans, it lends to a more subdued crowd that included people who are less followers and more people that are there to check them out and see what the fuss is about. Including me. 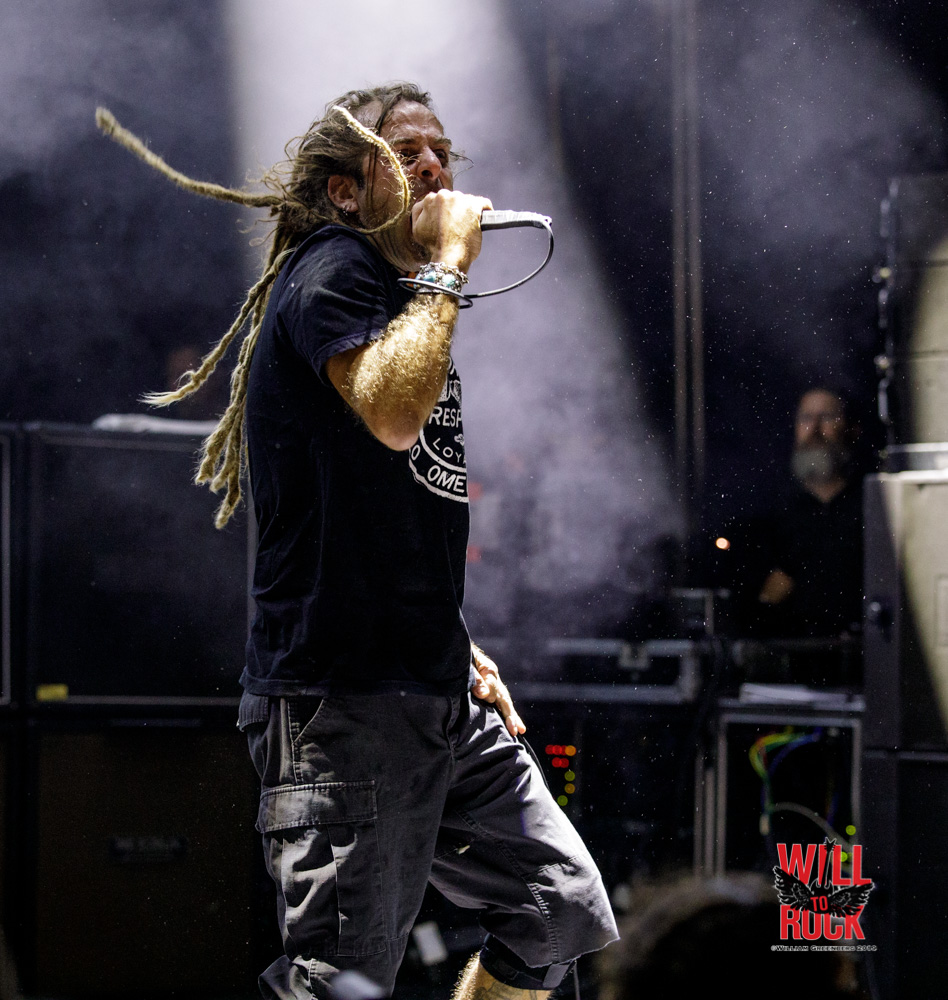 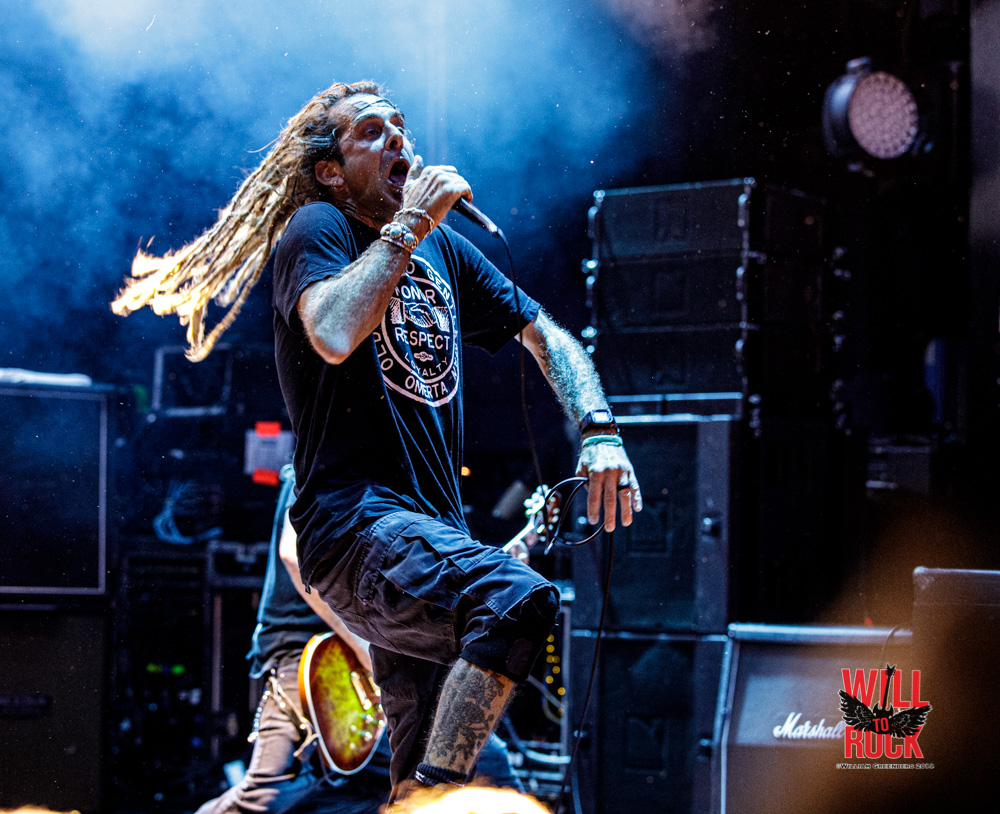 Lamb Of God were a late addition to the cruise, supposedly there to soften the blow of Megadeth not performing. It was always going to be a subjective response from the fans.

The Amazing: The song “512” took on a whole new level of emotion for me after watching the Lamb of God Q&A in the atrium.  As most fans know Randy wrote the song after his experience of being locked up in the Czech Republic.  At the Q&A Randy was reintroduced to one of the prison guards, who took care of him during his time spent in cell 512.  They had a very emotional embrace as the guard (luckily  a metalhead) recounted his experience of taking care of Randy during that period of time.  Hard not to get all the feels watching the two of them together.

I look forward to the opportunity to catch them on one of their own tours to get, what I feel would be, a better sample of what this band are all about.