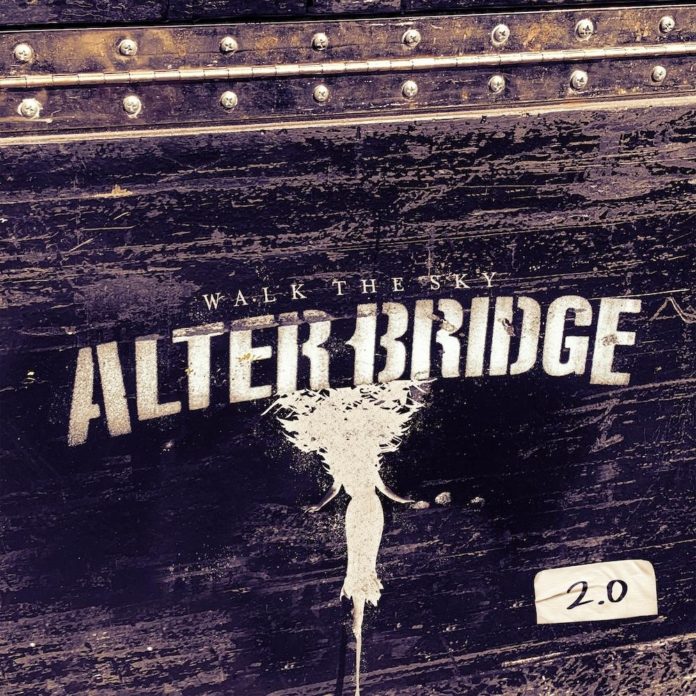 September 15, 2020 – New York, NY) – Since the band announced the cancellation of their entire 2020 touring schedule, Alter Bridge has taken time to do what they are known best for – creating. Never a band to take a lot of personal time off, the band reviewed live recordings from their shows in January/February 2020 to pick a few of their live favorites of songs from their latest album Walk The Sky. This led bandmembers Myles Kennedy, Mark Tremonti, Brian Marshall and Scott Phillips to begin sharing ideas for a new studio song. Those collective ideas would yield a new, original song entitled “Last Rites” – a track written, recorded and completed entirely during the Covid-19 lockdown.  The final version of “Last Rites”, along with live versions of “Wouldn’t You Rather,” “Pay No Mind,” “Native Son,” “Godspeed,” “In the Deep” and “Dying Light”, will form the new 7-song EP, Walk The Sky 2.0. 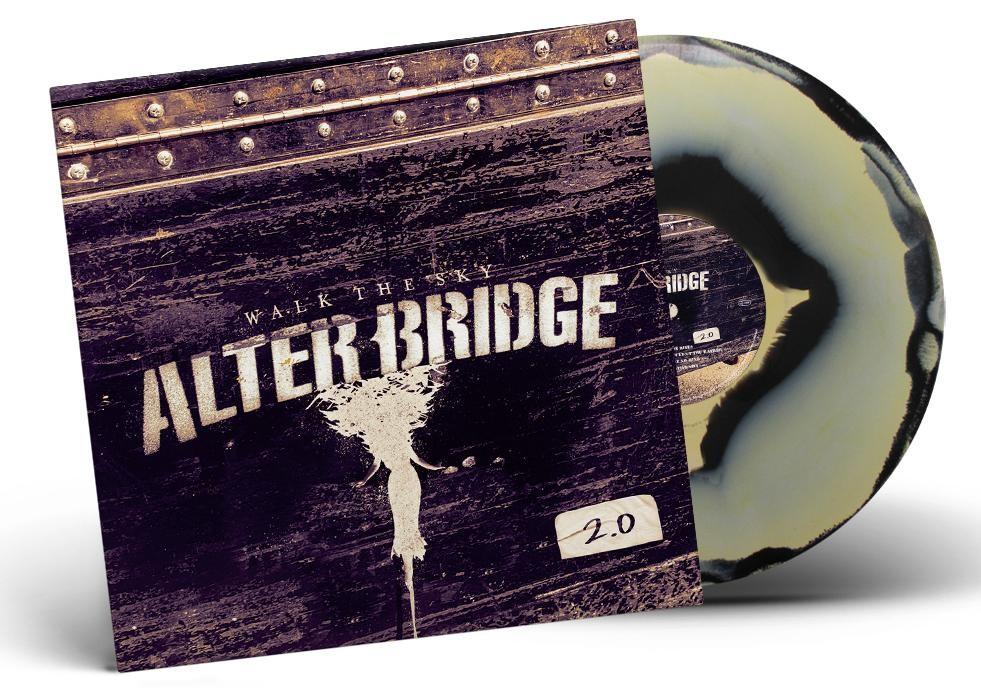 The tracklisting for Walk The Sky 2.0 is:

In other news, Alter Bridge are releasing a new single from their latest album, Walk The Sky, entitled “Native Son,” which has racked up over five million worldwide streams to date, and is currently impacting at radio. In celebration of this announcement, the band have released an official video for the song. The video – an animated short created completely using stop-animation techniques and incorporating origami to create a unique visual effect – starts by following a dark figure set in a prairie farmland setting. The viewer finds the character struggling to survive as that backdrop then morphs and gives way to industrialization and a city overtaking the original landscape. The visuals echo the lyrical sentiment of: “I’m a native son in a foreign land. I’m just living in a world I can’t understand.” The video for “Native Son” was created by Stefano Bertelli and can be seen here: https://youtu.be/A514cEfnbcA.

Alter Bridge burst onto the music scene in 2004 with the release of their gold-selling debut, One Day Remains. In 2007, the band released Blackbird, the album that elevated the band’s profile worldwide. The epic solo in the title track “Blackbird” was voted “Greatest Guitar Solo Of All Time” by Guitarist Magazine. ABIII was released in 2010 and the single “Isolation” gave the band their first #1 single. In 2013, the band reached an elevated creative and critical plateau with Fortress. It bowed at #12 on the Billboard Top 200, moving over 30,000 copies first-week and earning unanimous tastemaker praise. The record garnered perfect scores from Total Guitar and KERRANG! as well as acclaim from Billboard, The Guardian, Loudwire, Ultimate Guitar, and many more. In between sold out tours in Europe and North America, the guys appeared on VH1 and graced the cover of Classic Rock Magazine who labeled Fortress, “The best thing they’ve ever done,” while Eddie Trunk called it, “A top 10 album of the last 10 years.” 2016’s The Last Hero gave the band their first Top 10 album since their debut. Alter Bridge has appeared on The Tonight Show and Jimmy Kimmel Live and their music has been used by the WWE, Major League Baseball and NASCAR to name a few. The band recently released the video and audio of their career highlight, Live At The Royal Albert Hall, featuring Alter Bridge backed by the 52-piece Parallax Orchestra led by conductor Simon Dobson. Alter Bridge released their latest album Walk The Sky (Napalm Records) to critical acclaim and career milestone chart success. The latest album brought the band their first ever #1 on Top Current Albums chart. The band’s newest release found a home at #1 on over a dozen charts around the globe and in December 2019, Guitar World magazine voted Mark Tremonti the Guitarist of the Decade. Alter Bridge are showing no signs of slowing down.

New MARILLION – “An Hour Before It’s Dark” to be Released...