David Zablidowsky, better known as “David Z.” tragically died in a roadside accident in 2017 while on tour with Adrenaline Mob.

Before joining Adrenaline Mob, David had been the bass player for the popular Trans Siberian Orchestra. Along with his brother Paulie Z, the two had been a part of the band ZO2 and starred in their own TV series “Z Rock” on the IFC network.

David Zablidowsky was active in developing young people through music. To continue his legacy, the David Z Scholarship Fund has been created to offer education and financial need to young aspiring musicians.

Donations to the fundraiser can be made here https://www.gofundme.com/f/dzf2020 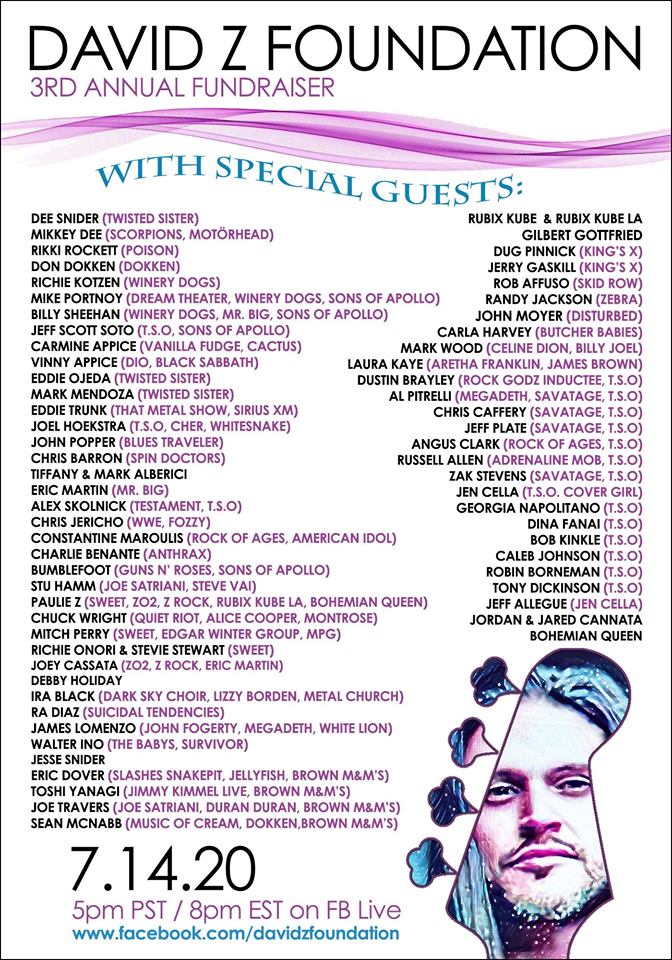 Our mission is to provide young aspiring musicians the proper tools needed to succeed in the industry on a professional and sustainable level. To help accomplish this, we have created the David Z Modern Musician program: an original music curriculum composed of three parts: individual instruction (The Lessons), group performance (The Band) and an industry/business class (The Workshop). The program runs for a full school year and ends with a live performance showcase. The money we raise goes towards maintaining the program year round and offering scholarships to students to off set the cost of tuition. So far we have run the program two years in a row at the Brooklyn College prep Center which focuses on students ages 3-18. The goal this year is to start a DZMM program in LA as well and have them running on both coasts.