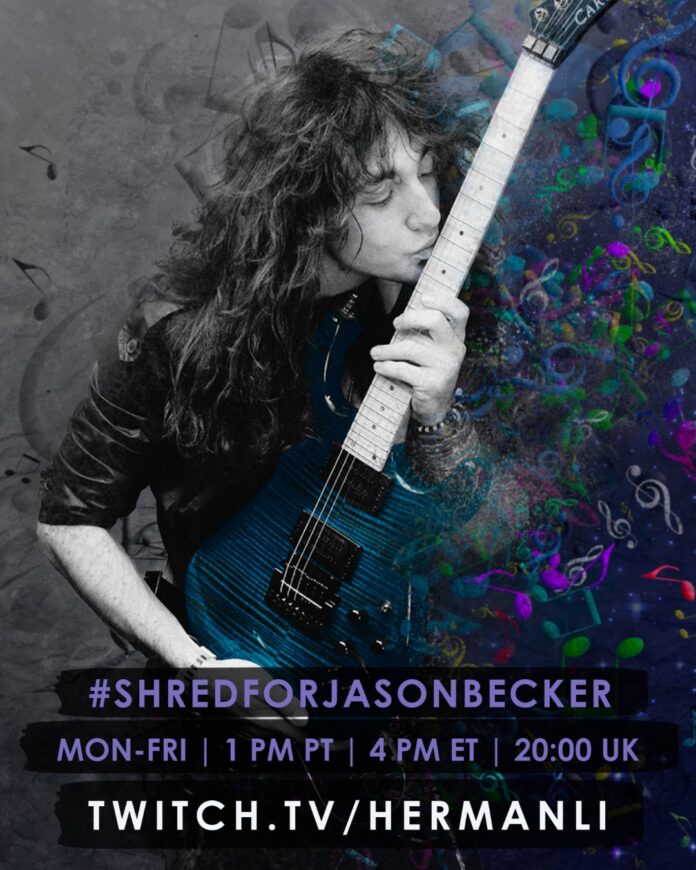 Throughout March and April, some of the world’s greatest guitarists will come together to raise money and celebrate the music of legendary guitarist and composer Jason Becker, who has been living with ALS for over 30 years and continues to compose and record music.

The virtual event, hosted in part by DragonForce guitarist Herman Li, will include three components:

1) A livestream telethon-style fundraiser on Twitch: special guests will appear on Herman Li’s Twitch channel (twitch.tv/hermanli) to play, jam and participate in fan-generated challenges with all money raised going directly to Jason’s medical trust. Over $13,000 has been raised so far. Visit Jasonbecker.com or twitch.tv/hermanli for a full schedule of livestream guests.

2) Artists will donate signed guitars, merch and other rare items which will be sold via a special Reverb shop to benefit Jason. Details TBA.

3) Three of Jason’s most important guitars will be auctioned off later this year, including the guitars seen on the covers of Perpetual Burn, Speed Metal Symphony and the original “Numbers” guitar played by Eddie Van Halen. Details TBA.

Musicians participating in the fundraiser include: 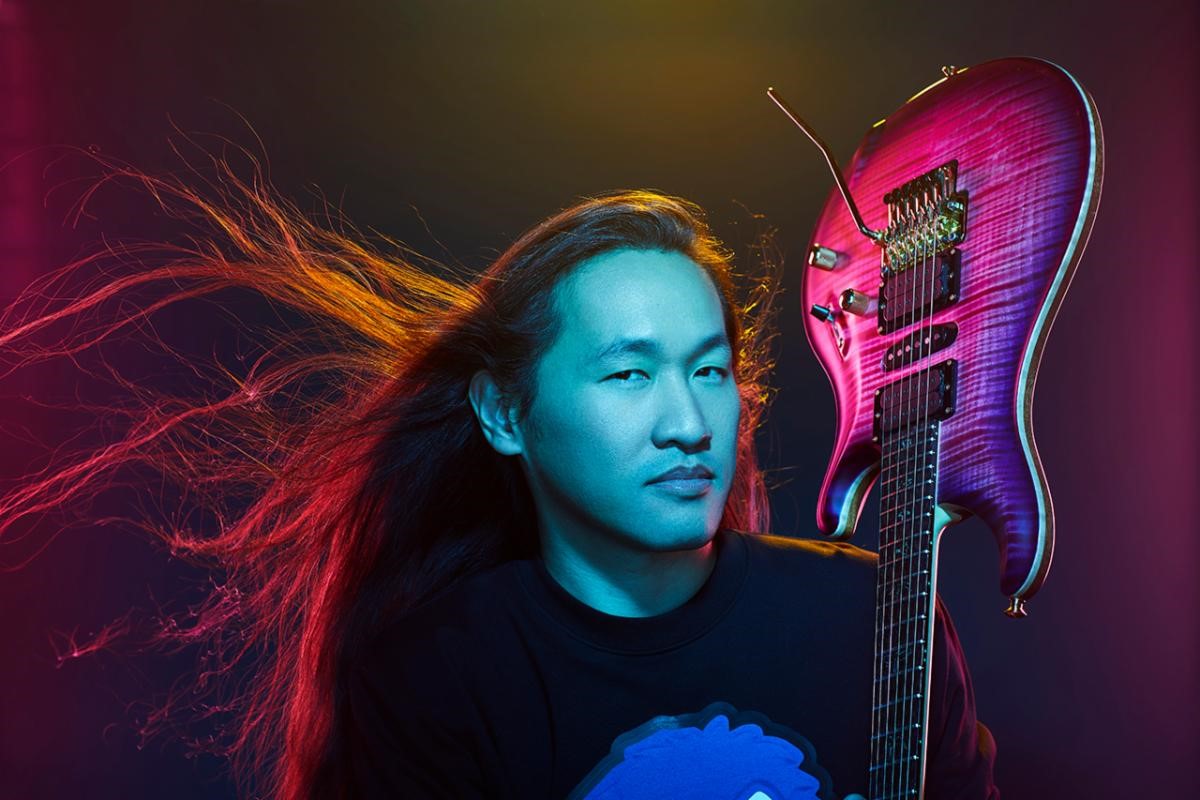 Event co-organizer Herman Li says, “I’ve been a huge fan of Jason Becker since I was young, and it’s one of the biggest honors of my life to be able to help organize this tribute and raise money for him. I still have a Jason Becker poster in my studio in London. It’s been very inspiring to see everyone coming together to celebrate Jason.”

Jason Becker says, “I am so grateful for all the love and support everyone has given to me and my family. As far as selling my guitars being sad, and that I shouldn’t have to do it, I just want you to know that isn’t how I feel. It makes me happy to see others playing my music. I feel good about passing on my guitars, thinking they mean something to others. I can’t play them now, but other folks can. That’s a good thing. And, I want myself and my family not to have to worry about money, if possible. Thank you for all the love, I send it right back to you.”

Visit Jasonbecker.com or twitch.tv/hermanli for a full schedule of livestream guests. For more information or to get involved contact: jasonbeckerfundraiser@dragonforce.com