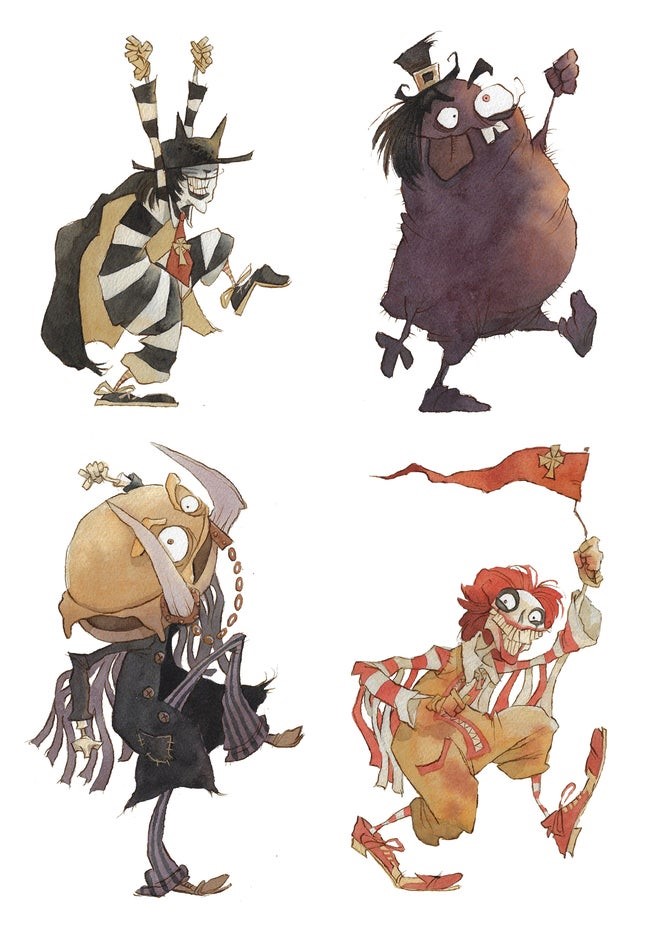 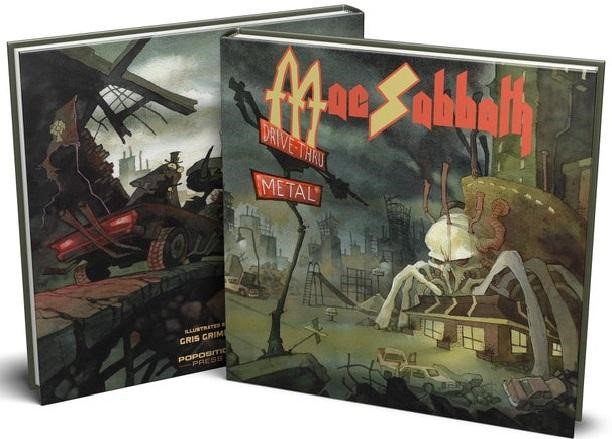 MAC SABBATH has revealed details on their first book, Drive Thru Metal, but don’t expect a stereotypical biography from the fast food-themed parody kings. There’s plenty of “juice” inside, albeit in the form of burgers cooking in the kitchen as the four members of MAC SABBATH take fans on a journey through a dystopian fast-food world polluted by its own waste in an innovative hybrid pop-up book.

Mysterious MAC SABBATH frontman Ronald Osbourne comments on the book, “What’s that? A pop-up book is not what you were expecting? Well SUFFER! ….and you’re welcome.”

Watch an amazing teaser video for the book here:

Available via Poposition Press, Drive Thru Metal features illustrations by Gris Grimly, well-known for his darkly whimsical children’s books and the upcoming Netflix film adaptation of his Pinocchio book, and will be available in Regular and Special Editions.

Both editions are available in limited quantities, so be sure to pre-order now to reserve a copy of this piece of Drive Thru Metal history! Pre-orders are available at https://macsabbath.bigcartel.com/.

Both editions of Drive Thru Metal include pop-up scenes highlighting “The Factory,” “The Ascension” and “Utopia” and include a special vinyl surprise with seven MAC SABBATH stories, including “Organic Funeral,” Sweet Beef” and “N.I.B.B.L.E.”

The Special Edition is a super limited version complete with a foil stamped cover, a Gris Grimly art print and ketchup and mustard splattered vinyl surprise.

Mixing raucous comedy with borderline-horrific theatrics, the only thing more petrifying than impending health problems resulting from years of overeating is a MAC SABBATH show. MAC SABBATH puts on a theatrical, multimedia stage show – complete with a smoking grill, laser-eyed clowns, bouncing burgers and many more magical surprises… basically anything and everything an unwary show-goer could ever want in their wildest dreams. The band has been named by Buzzfeed as one of the “13 Metal Bands You Didn’t Know How to React To”, and as LA’s “Best Tribute Band” by LA Weekly. 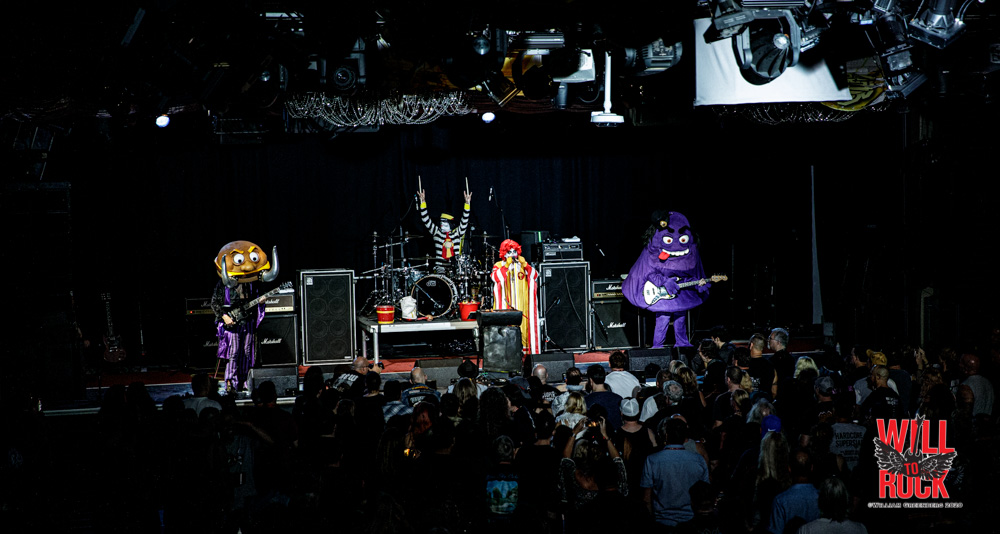