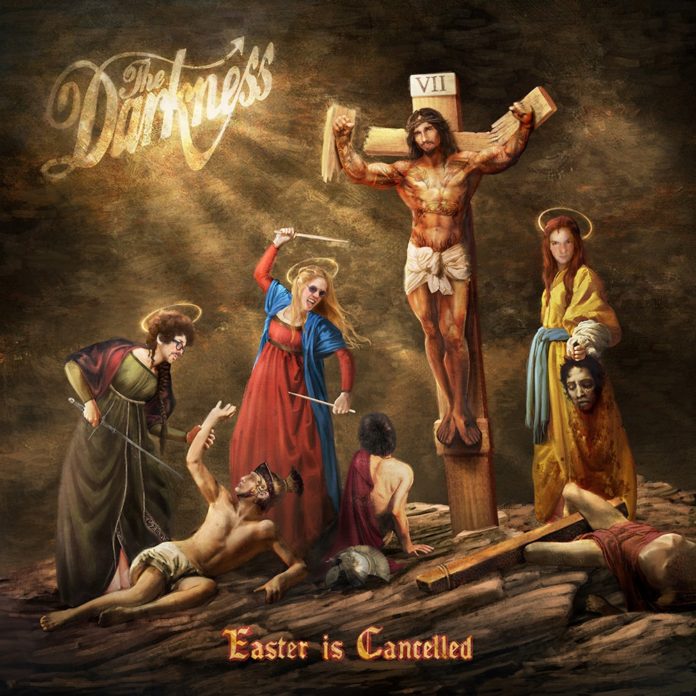 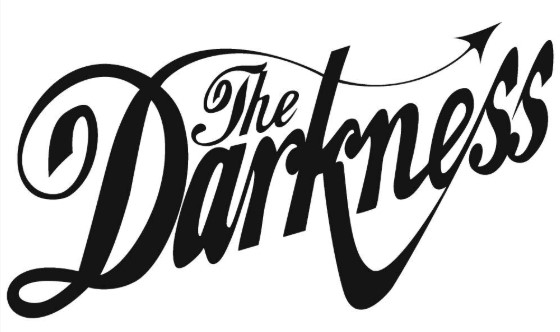 AUGUST 6, 2019 – LOS ANGELES, CA – In the Year of Our Lord, 2019, while turmoil and chaos beset the world, a mighty force is about to be unleashed. Prepare for the sonic apocalypse…for Darkness spreads across the land! In their inimitable style, as joyous warriors of The Darkness – frontman Justin Hawkins, guitarist Dan Hawkins, bassist Frankie Poullain and drummer Rufus Taylor – are here to prick the pompous and kick the arses of those who seek to destroy. Our four maestros embark upon their most ambitious quest to date with a musical opus of veritable magnum status soon to be thrust into the ear canals of rock fans around the globe: The band’s new album Easter Is Cancelled will be released on October 4th via Cooking Vinyl.

Easter Is Cancelled marks The Darkness’ first ever concept album. The ten-track record produced by Dan Hawkins (who also produced the band’s magnificent 2015 release Last Of Our Kind), examines the role of the musician in the barbarous culture of the world today, and their almost divine responsibility to challenge the establishment – something that most rock and roll artists seem to have given up on in favor of easy celebrity – with opener “Rock and Roll Deserves to Die.” And yet at the heart of this tale is love, loss and heartbreak, where redemption is ultimately found in the brotherhood of band friendship and the power of the guitar, as brought full circle in the glorious album closer “We Are The Guitar Men.” View this message from The Darkness:

First single “Rock and Roll Deserves to Die” is quite simply the band’s most exciting and diverse song to date and finds The Darkness hailing the death of the old and opening a door into a brave new world never seen from the band before. From the song’s chiming, acoustic beginnings, as it explodes into an epic five-minute masterpiece, the track boasts some of Justin Hawkins’ finest lyrics to date alongside monumental riffs, thunderous bass and almighty drums, while also featuring some beautifully delicate touches from the band. Watch the brilliantly entertaining video :

The Darkness will be spreading their Easter Is Cancelled message across the land with a full North American tour kicking off in Spring 2020 that will quite literally resurrect the souls of all who attend (details to be announced). The band is set to play UK and European headline dates this winter and open for Ed Sheeran in September.

Justin Hawkins shares thoughts on the album: “At the end of days, humankind must consider the essential truths of existence. The Darkness, your vanguard in life’s journey, have stared into the abyss. The observations we bring from the edge are set out in a new record album, titled Easter is Cancelled. This far-reaching communiqué examines man’s brutality to man, the dichotomies that we live within and the alternate realities that exist alongside our blinkered comprehension of the Universe. The song cycle defines human existence through a parable – the slow lingering death and eventual glorious re-birth of rock and roll. In the search for perfect sonic equivalents of core truths, every musical instrument of the world has been explored and exploited to its fullest extent. Endless days in studios, museums, spiritual retreats and places of learning turned into endless months, as deeper and deeper layers of truth were uncovered, translated and set for eternity in sound. The result is a literally Biblical record, and those who have said that rock and roll is the Devil’s music should listen and understand that it is, in truth, the voice of God. This is the grandest statement any band has ever made, and the endeavour has taken its toll. In achieving such a mighty goal, a line is drawn and this will be the last traditional music album from The Darkness – having confronted the eternal and ultimate, we must now move on to higher art forms. The future is an open door. Who’s in here?” 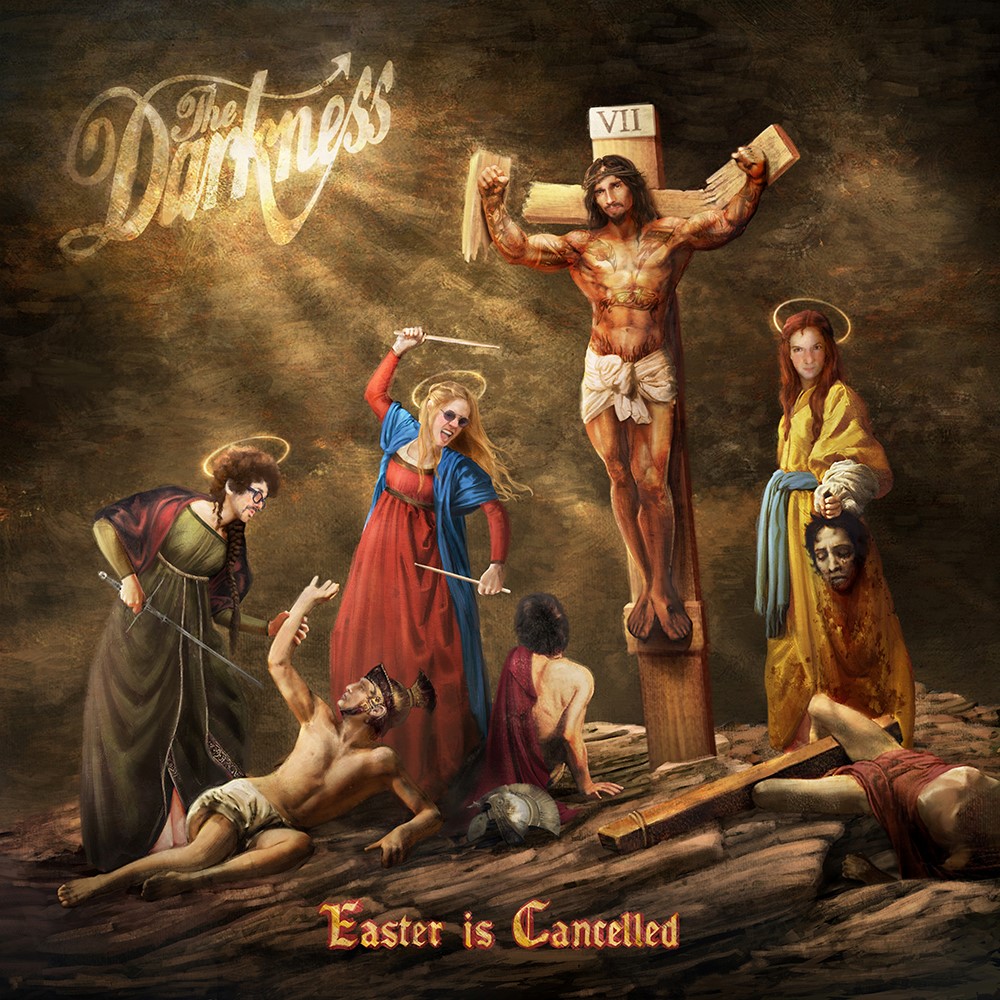