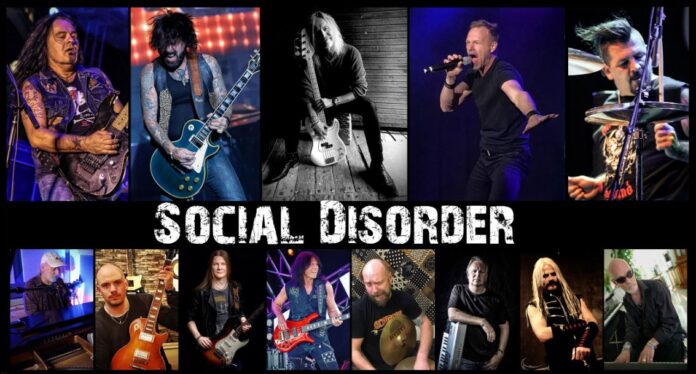 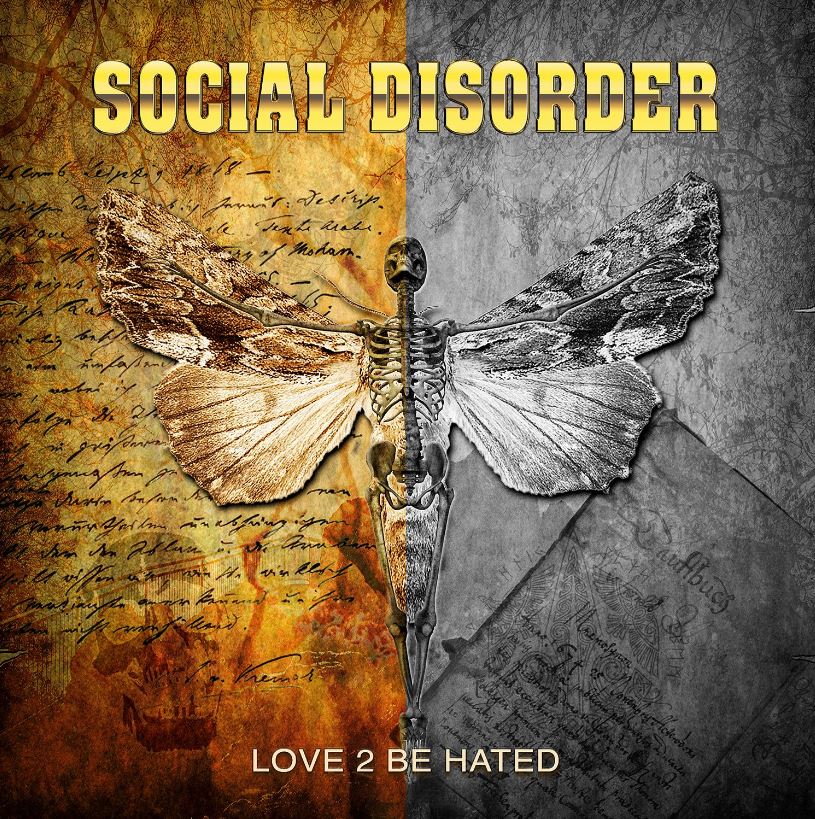 SOCIAL DISORDER, lead by multi-talented Anders LA Rönnblom – best known as the founder and songwriter from Killer Bee and X-Romance as well as a member of Wolfpakk – has signed a worldwide deal with AFM Records for the release of their upcoming debut album!

Rönnblom’s ability to write great riffs with classic melodies has always defined him. This time he is on his own in some way, but still together with great friends. His new project SOCIAL DISORDER has evolved to an album, which is a journey through Anders’ life, inspirations from his musical past and could easily be seen as a concept album – this is his story. Featuring 10 enthralling Rock anthems, every song carries a message, a story of a period in his life. The struggle with his alcoholism, demons and his way back. SOCIAL DISORDER’s upcoming debut, entitled Love 2 Be Hated, will be unleashed on June 18, 2021 through AFM Records.

Today, SOCIAL DISORDER has released a first single from the upcoming, high-class supergroup debut. The album opening track, Windy Road, is an intense and driving ballad, “It’s about finding your way in this harsh world”, Anders LA Rönnblom explains. “This song is about failure and getting back up to make your dreams come true.”

AFM proudly comments: “Signing a band like SOCIAL DISORDER, a band that will experience its debut with us, always comes with a certain amount of risk, but we definitely consider ourselves up to it! The recordings are bursting of heart and power. The band members are all veterans who have been through the motions of countless tours, recordings and one or another complication. This feeling is also reflected in Anders’ songwriting. The excitement and yet the danger of a downfall. A constant interplay of emotions. The whole album presents a journey into Anders’ soul and we are more than grateful to him for giving us this inside view.”

Love 2 Be Hated was produced by Anders LA Rönnblom and mixed by Mårten Eriksson at Fanclub Production in Stockholm, Sweden. The album was mastered by Svante Forsbäck at Chartmakers Audio Mastering in Finland (Rammstein, Entombed, Volbeat, Amaranthe). Slated for a release on June 18, 2021, pre-order the album at THIS LOCATION

The RED HOT CHILI PEPPERS’ “Unlimited Love” Debuts at #1 as...