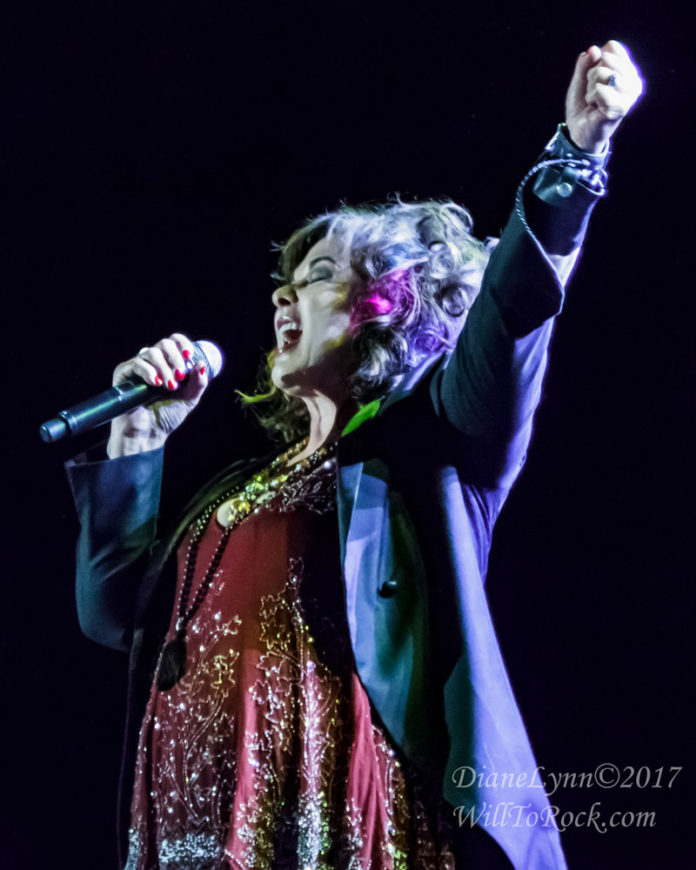 For over 40 years Ann Wilson has been the powerhouse vocalist behind the two Wilson sisters, collectively known as Heart. An iconic duo who in 2013 were inducted into the Rock and Roll Hall of Fame. But now Ann has decided to step out of the “Heart” role and do things a bit differently. She’s taking to the stage without her sister and she’s mixing things up. 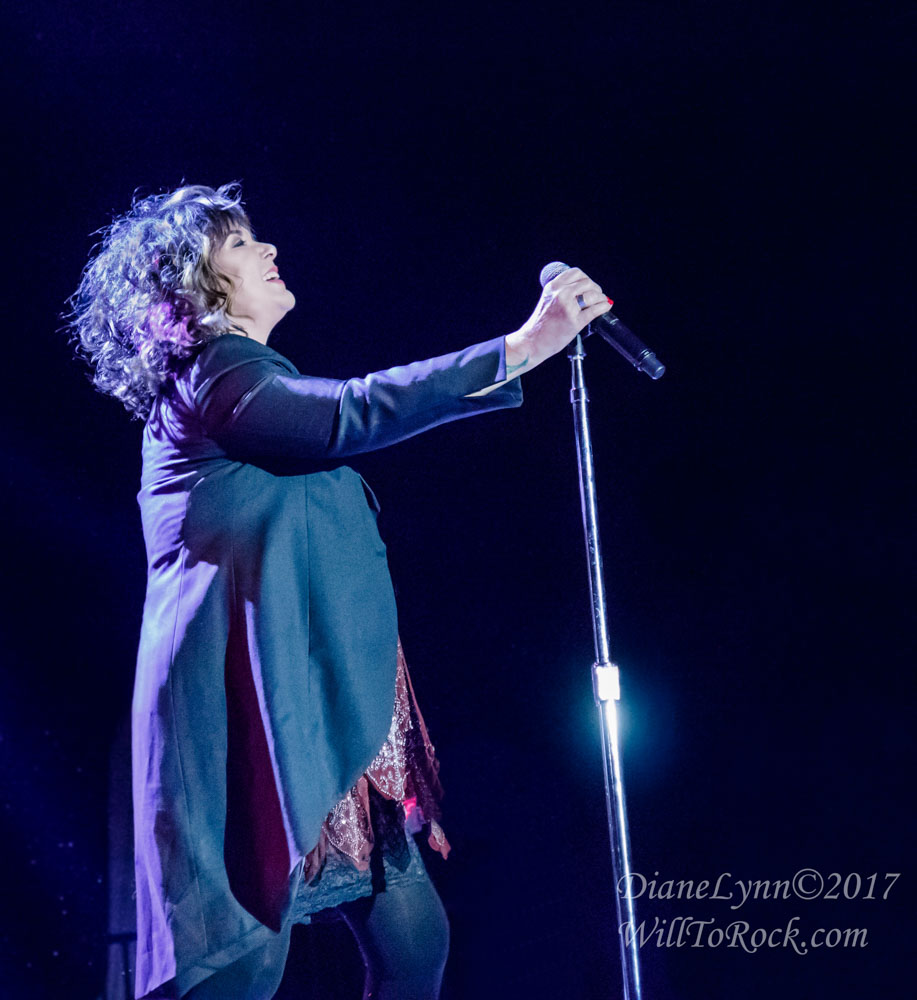 The first time I saw Ann perform was of course with Heart back in 1978. As a young female I was very drawn to her powerful voice and strong presence that stood center stage. I was instantly a fan and have been ever since. 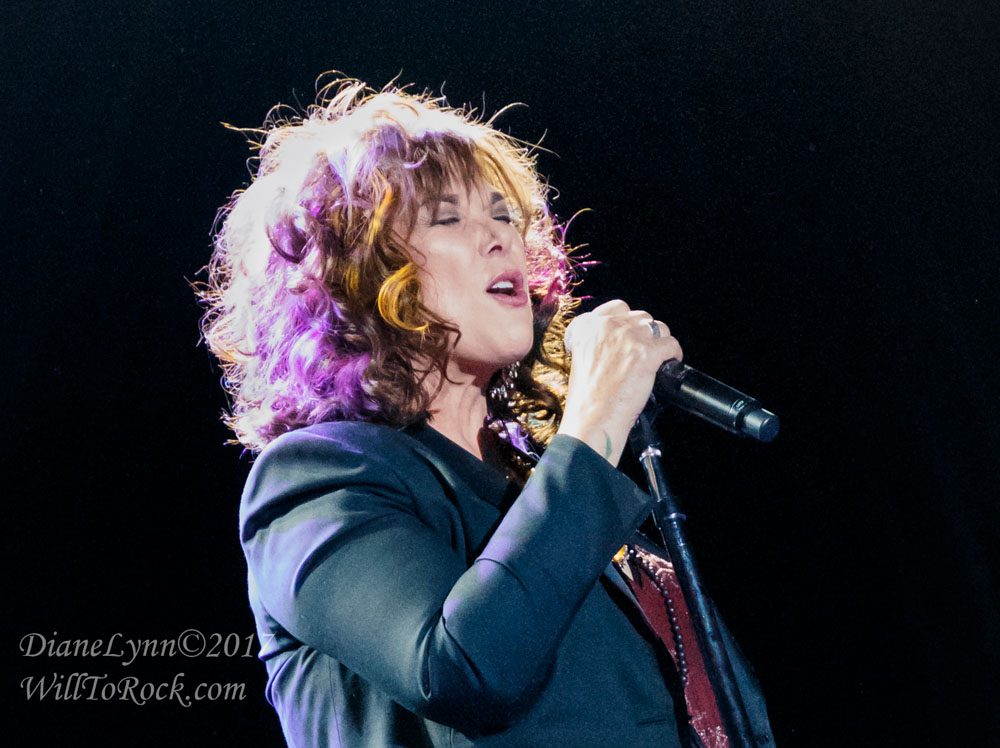 For the first time last Saturday I had the pleasure of seeing Ann out on her own, and I was very pleasantly surprised. With a set of seasoned musicians backing her I knew before the show even started that it was going to be a great concert.  Walking in to the venue I was immediately drawn towards the stage. With no curtain you could easily see the stage was set for simplicity. Doused in a sultry red light along with several well place candles and beautiful wild flowers lining the edge of the stage. Very fitting for this veteran performer who doesn’t need a lot of fancy lights and gadgets to deliver an amazing performance. 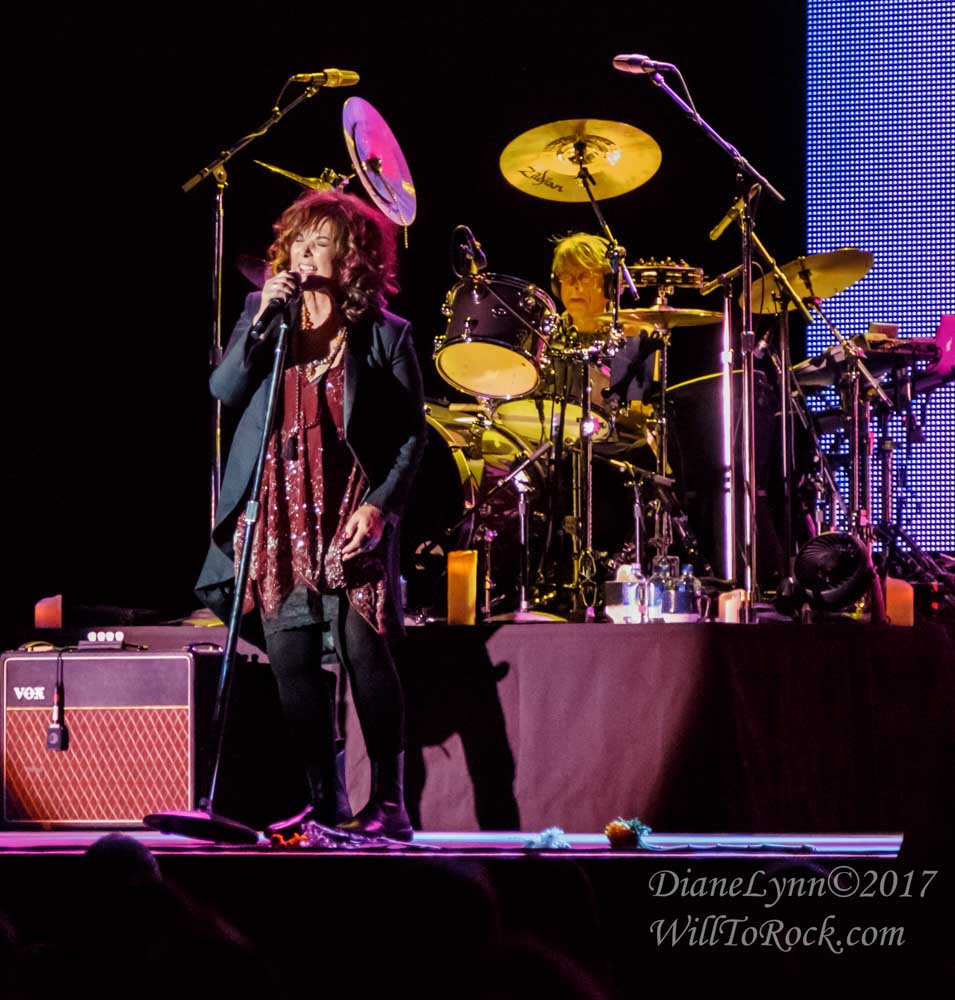 The talent accompanying her on tour consists of guitarist Craig Bartock, who has also been a guitarist with Heart since 2004. Bassist Andy Stoller, who has performed with the likes of Eric Clapton and Bruce Springsteen.  Former Heart drummer, Denny Fongheiser, who is not only a performer but also a great mixer, arranger and producer in his own right.  Keyboardist Daniel Walker, who recently joined the line up just before the tour kicked off in January, plays an intricate part in the group. According to Daniel’s intro on his Twitter page – “Music is Good!” And he is right…  this music is GOOD! All fantastic musicians who have worked with some of the best in the business. 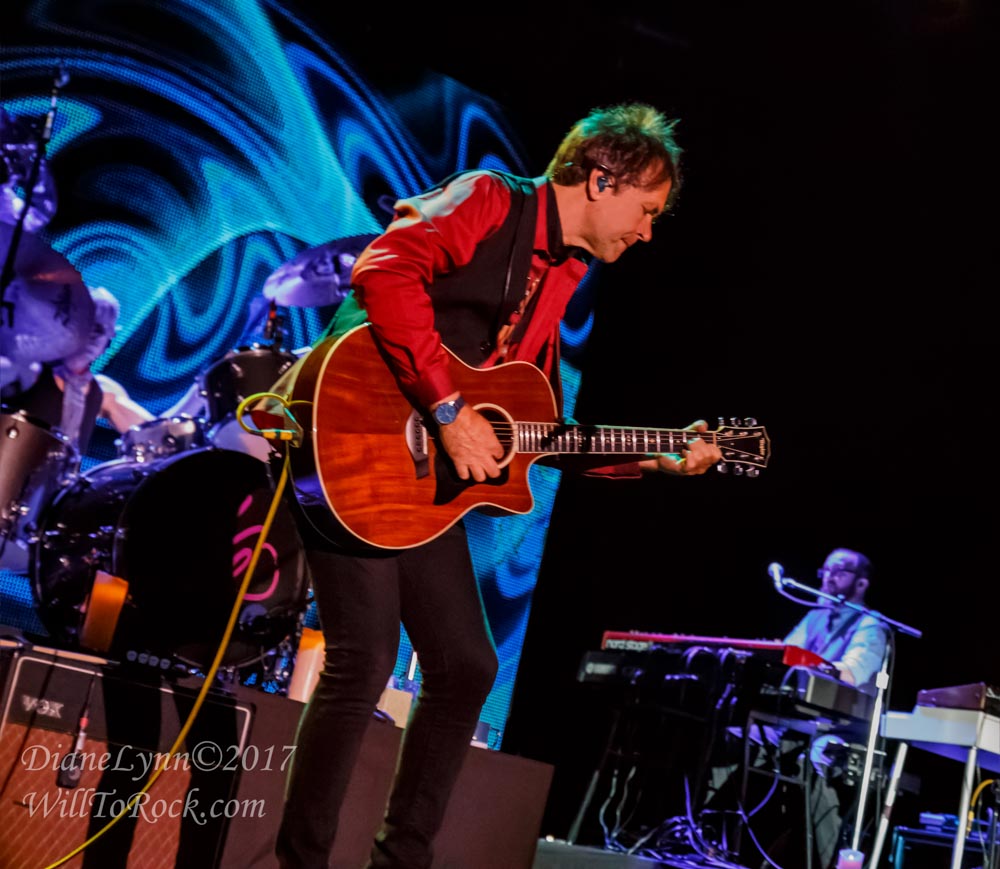 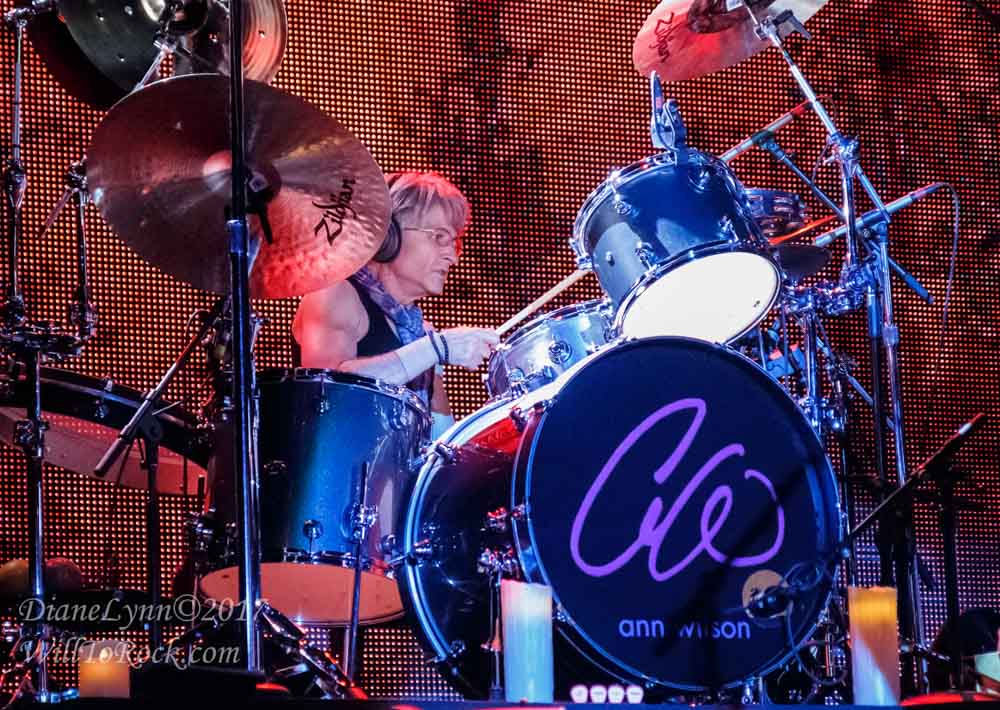 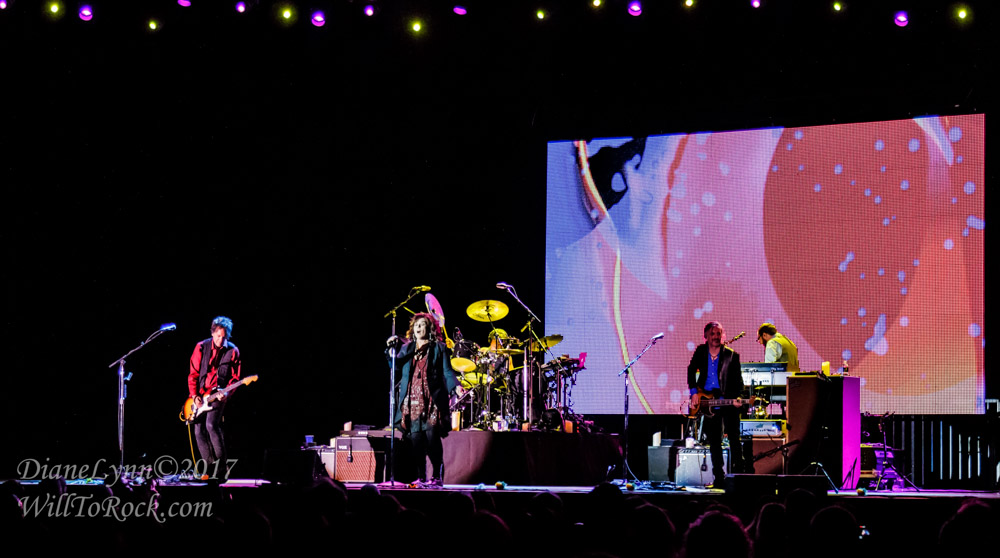 Of course there is no mistaking that iconic voice, still strong, still controlled and real! Nothing added, no backing vocals, this was all Ann!  The set list included songs that you would instantly recognize by their title, but it is however the way that Ann delivers them that makes this “solo” tour stand out.

This was a night for some rhythm & blues, a bit slowed at times, sensual, classy and little rough.  Ann put her artistic spin on a few of the well known Heart classics such as “Crazy On You”, “Barracuda”, “What About Love” and “Alone”.  She also pulled heavily from her previously released  “That Ann Wilson Thing # 1 and # 2”, performing a killer rendition of “Manic Depression” by Jimi Hendrix (my favorite of the night), “Don’t Give Up” by Peter Gabriel, “For What It’s Worth” by Stephen Stills and a fantastic piece called “Anguish” that was co-written by Ann and guitarist Craig Bartcok. 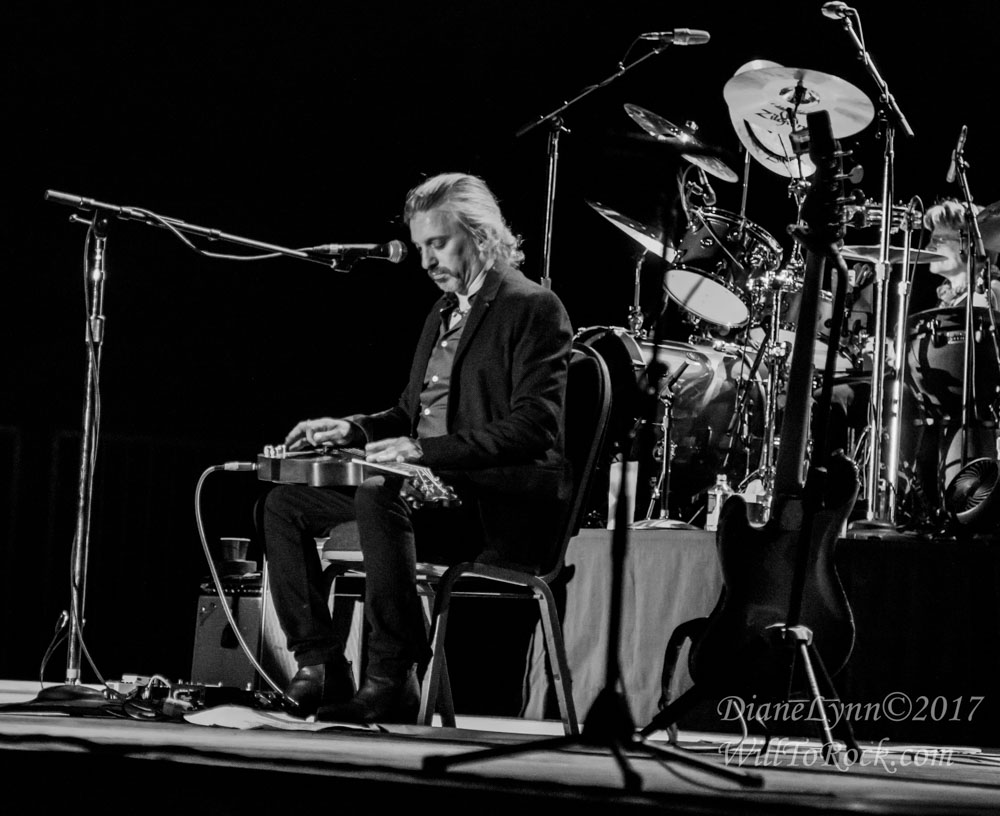 Don’t get me wrong, this little lady can still rock! Ann set the crowd on its feet with her electric take on The Who’s “Won’t Get Fooled Again” and “Love Rein O’er Me“, showing us her best version of the electric air guitar. 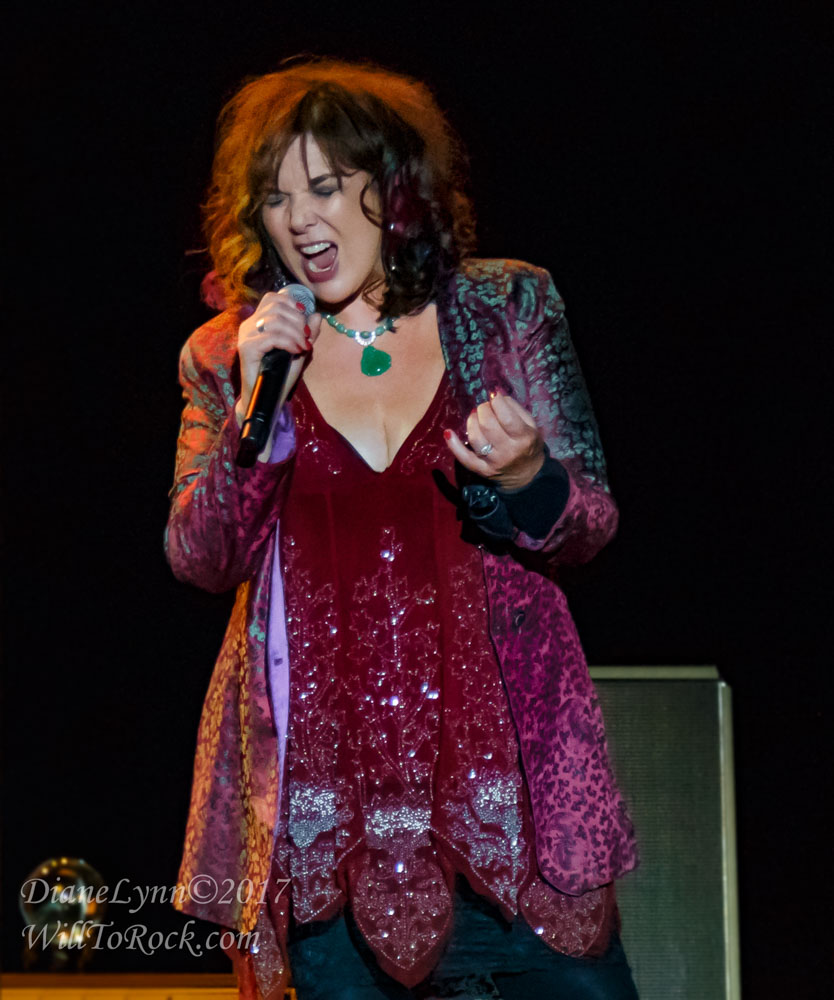 If you’re expecting to see a “Heart” show this is not the tour for you. But if you want to hear some amazing classic songs, performed by someone who most in the rock industry consider one of the best female rock vocalists of all time, then this IS the tour for you.
While it’s been several years since I’ve had the opportunity to see Ann perform under the Heart banner, it was just as satisfying to see her performing as Ann.

Ann Wilson, the mega voice and strong presence that I remember from 1978. 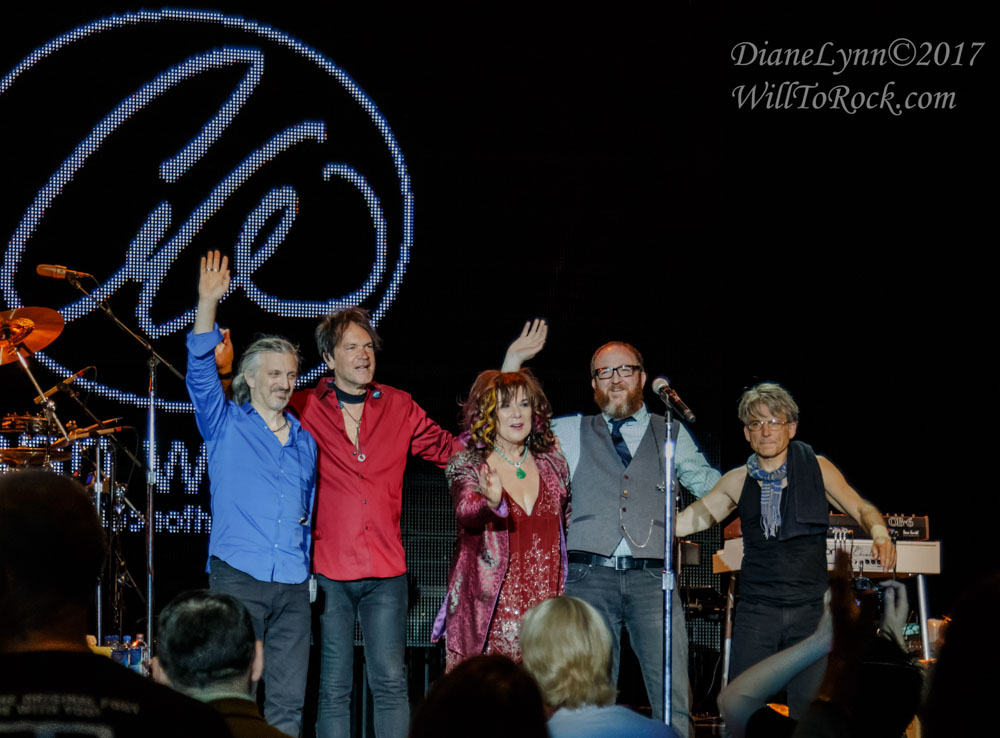 According to Ann’s website, she will be touring across the US until mid-August. Check her tour listing for dates and venues near you. 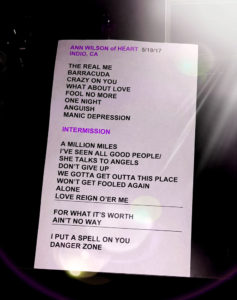