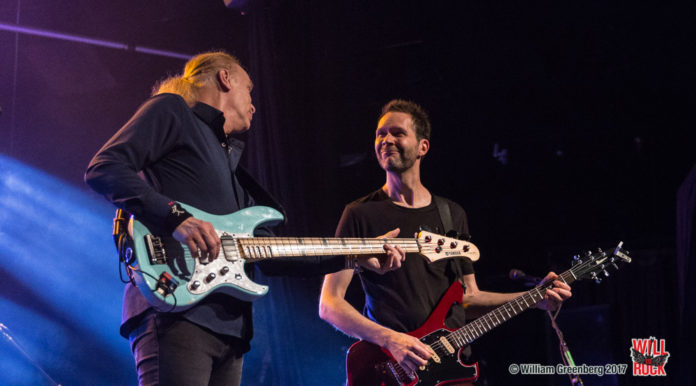 I’ve been dying to see Mr. Big ever since I heard that first whirling bass intro to “Addicted To That Rush” back in ’89.  Due to geography and timing I never had the opportunity until now… And it was definitely worth the wait.  Mostly to witness the 10-string extravaganza that is (combined), Paul Gilbert and Billy Sheehan. 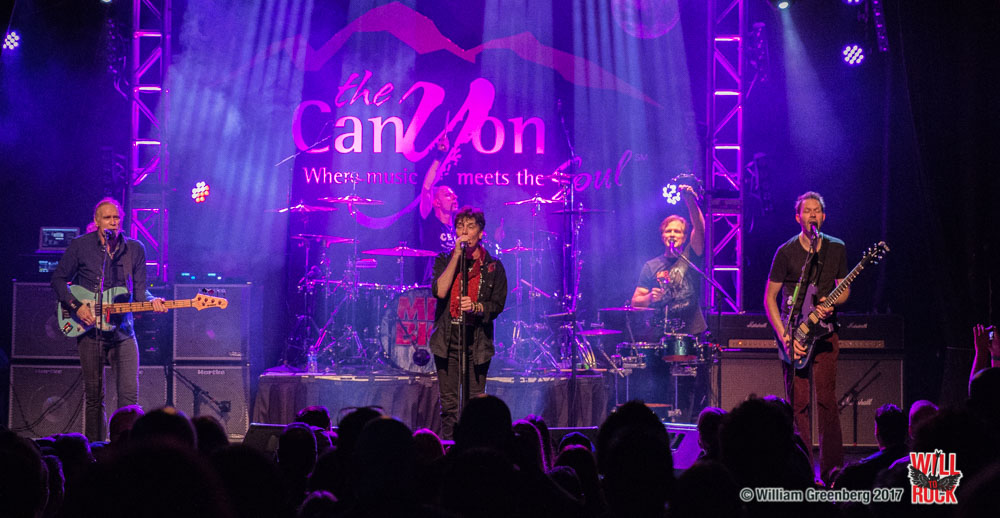 Although it was their MTV friendly, hit single, “To Be With You” that drove the hordes to Mr. Big early on, for me it was the rest that caught my attention.  “Wind Me Up”, “30 Days In the Hole”, “ATTR” and pretty much the whole “Lean Into It” Album. 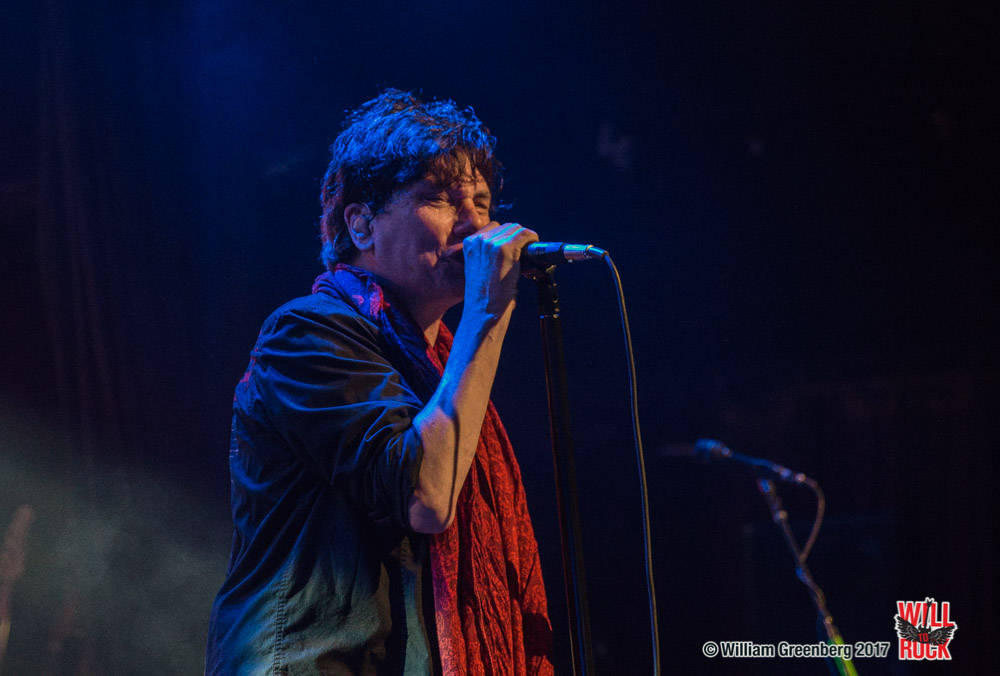 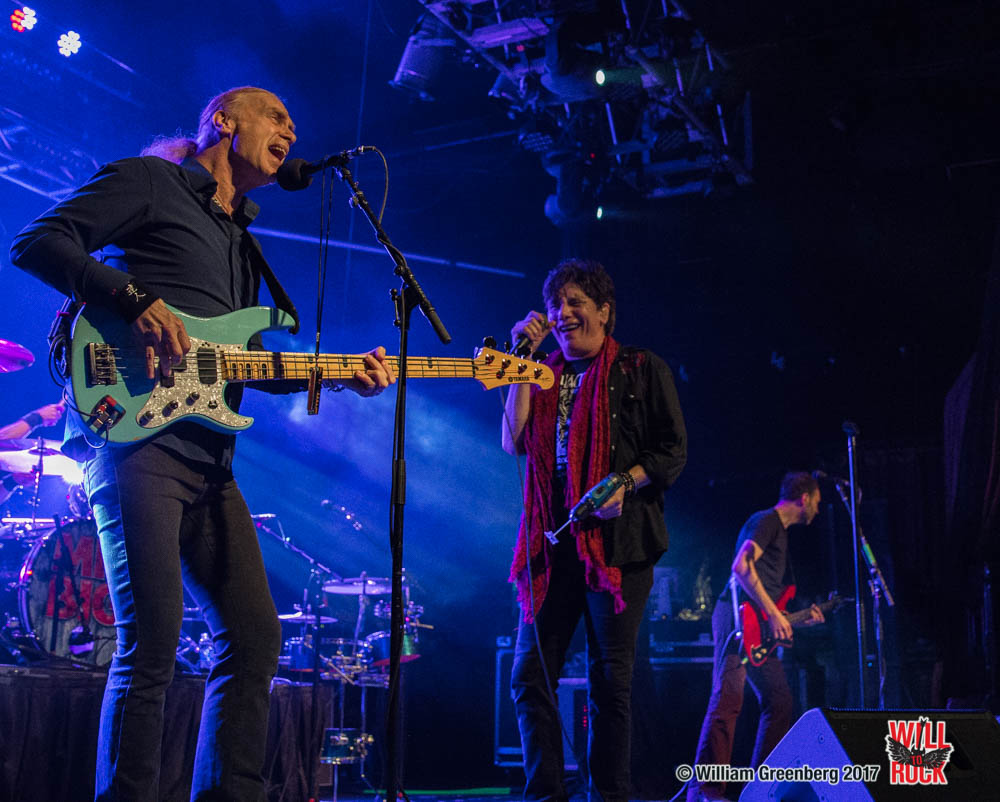 I’ve been lucky enough to witness Billy perform his Bass Olympics on several occasions at local jams and with The Winery Dogs. And I was also able to attend a clinic that Paul held a while back in which he amazed the small crowd with his unique technique and stylings.  But seeing them together and  “dueling” with eachother is worth the price of admission alone. 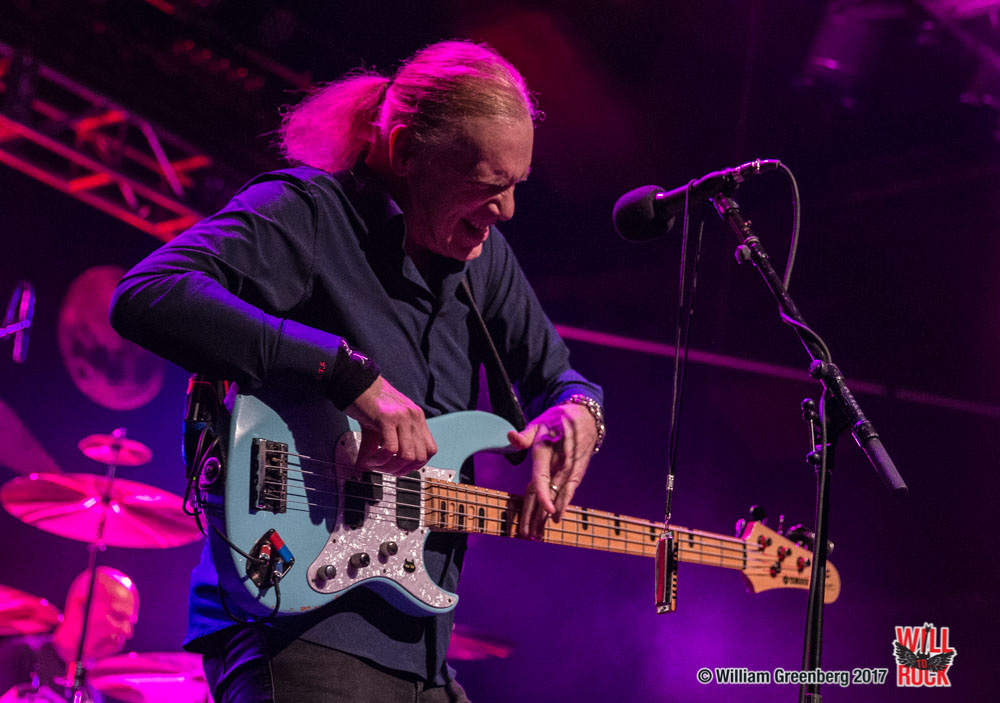 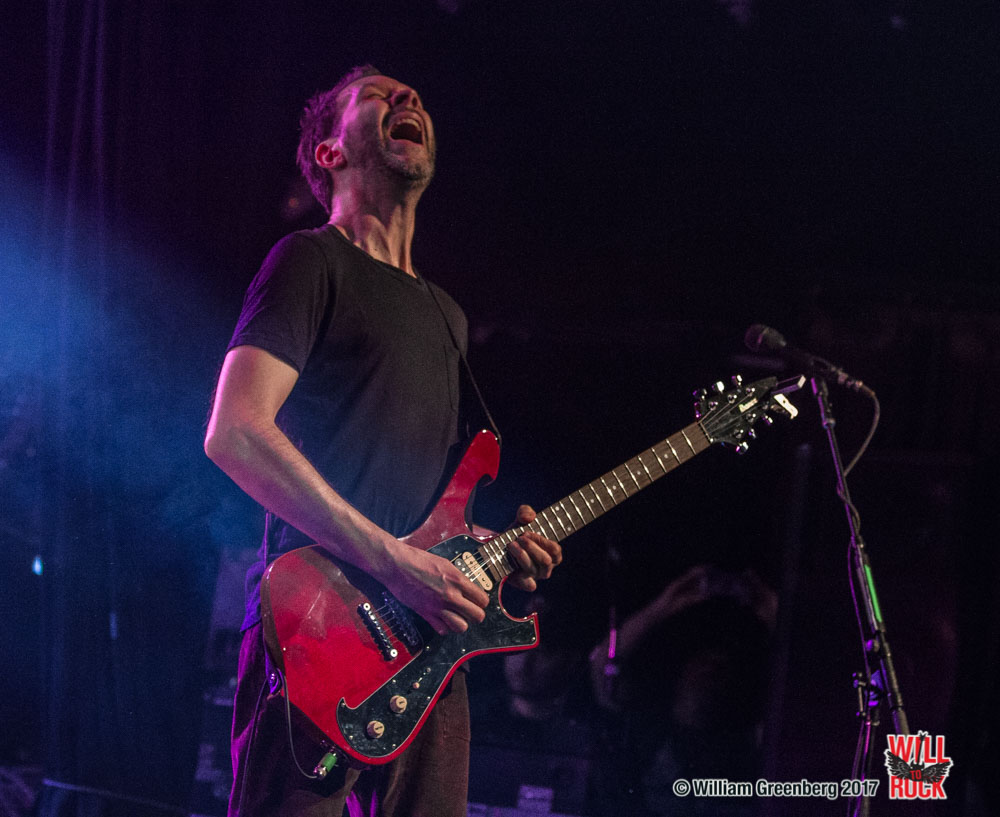 Touring in support of their latest release, “Defying Gravity“, Mr. Big scaled through a healthy selection of their catalog, with a large dose of their set coming from “Lean Into It“. They kicked off the evening with “Daddy, Brother, Lover, Little Boy (The Electric Drill Song) complete with Billy and Paul sporting matching drills.  Then jumped into “American Beauty” and “Undertow” from their last album, “What If…” 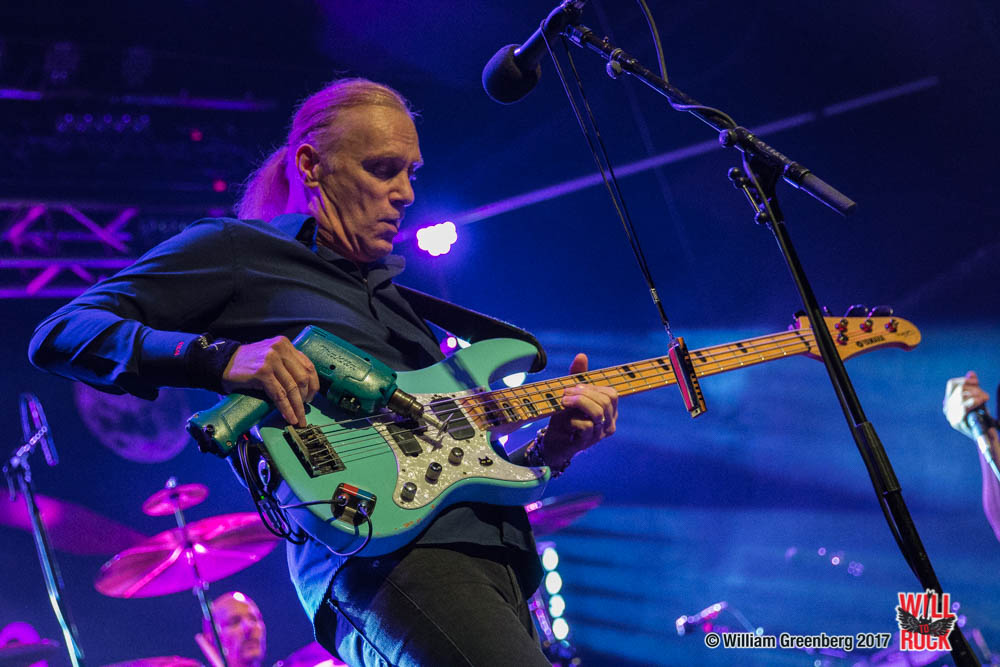 Eric Martin sounded in fine form (Even if he had a bit of trouble remembering the words from the second verse of “Undertow”), and even brought out his steering wheel mic stand to drive us through “Alive and Kicking”. 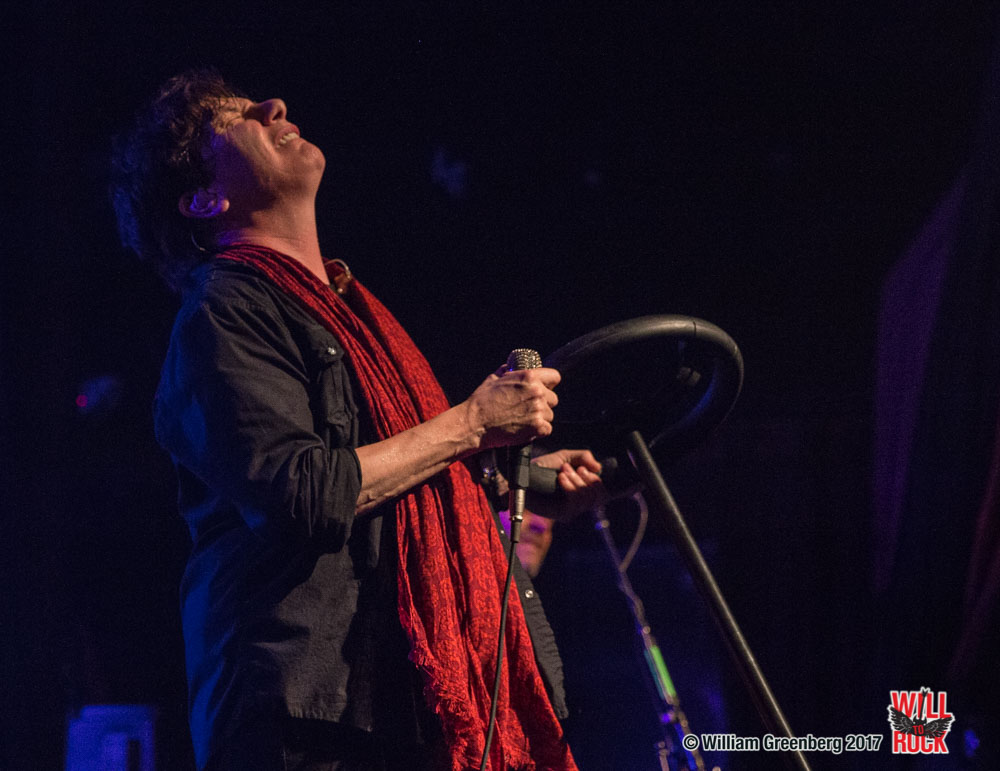 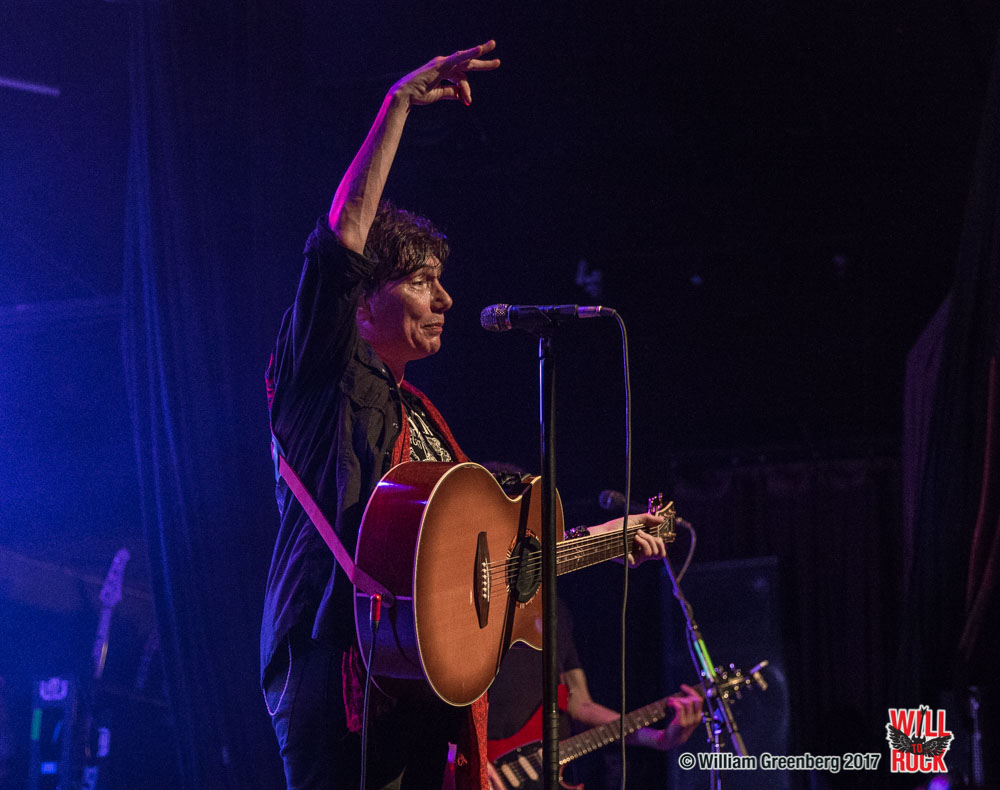 Rounding out the band is their touring drummer, Matt Starr who effortlessly handles the catalog like the pro he is. And the welcome sight of original drummer, Pat Torpey, who has been limited in his duties due to early onset of Parkinsons Disease.  But that didn’t stop him from taking the drum seat during “Alive and Kicking” as well as adding his percussive talents in various capacities for the rest of the evening.  You can tell how much Pat means to not just the band, but to the Mr. Big faithful who on a few occasions chanted the beloved drummer’s name. 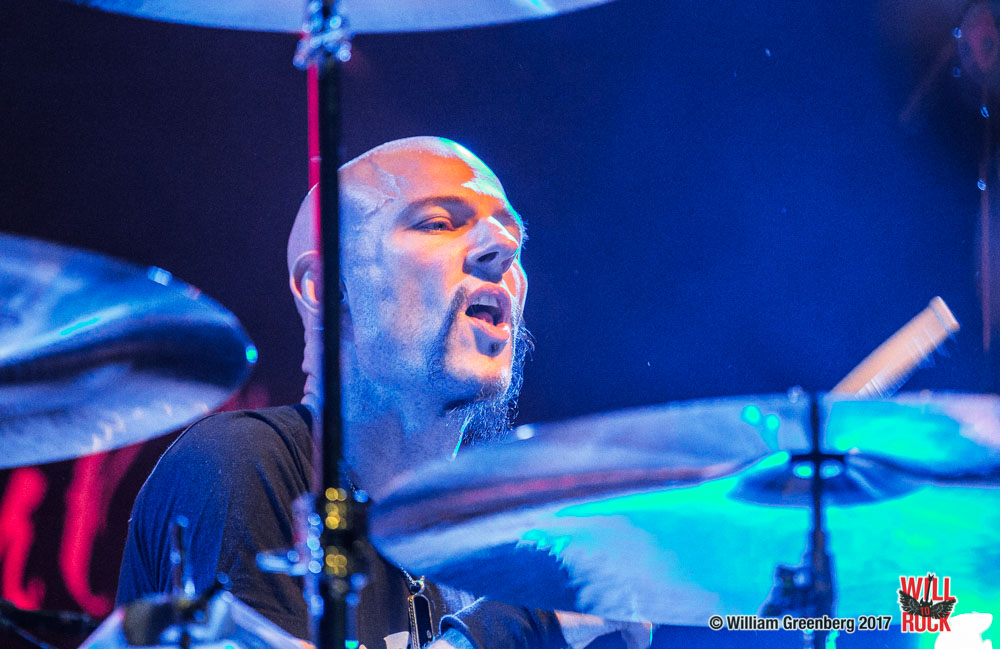 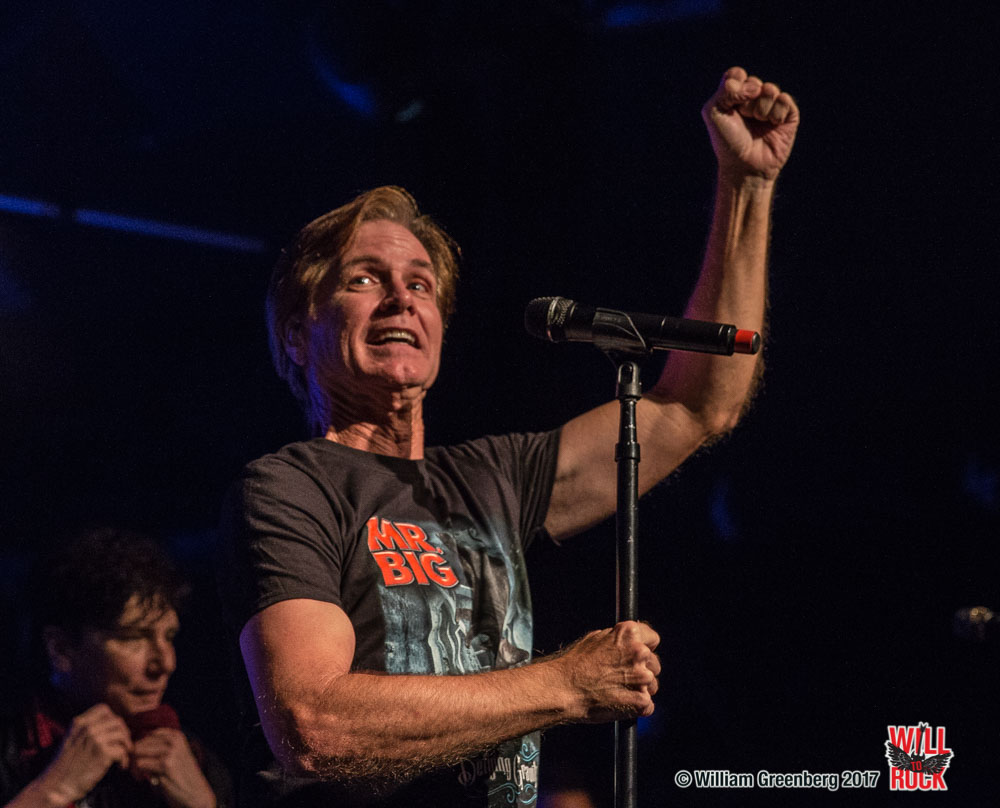 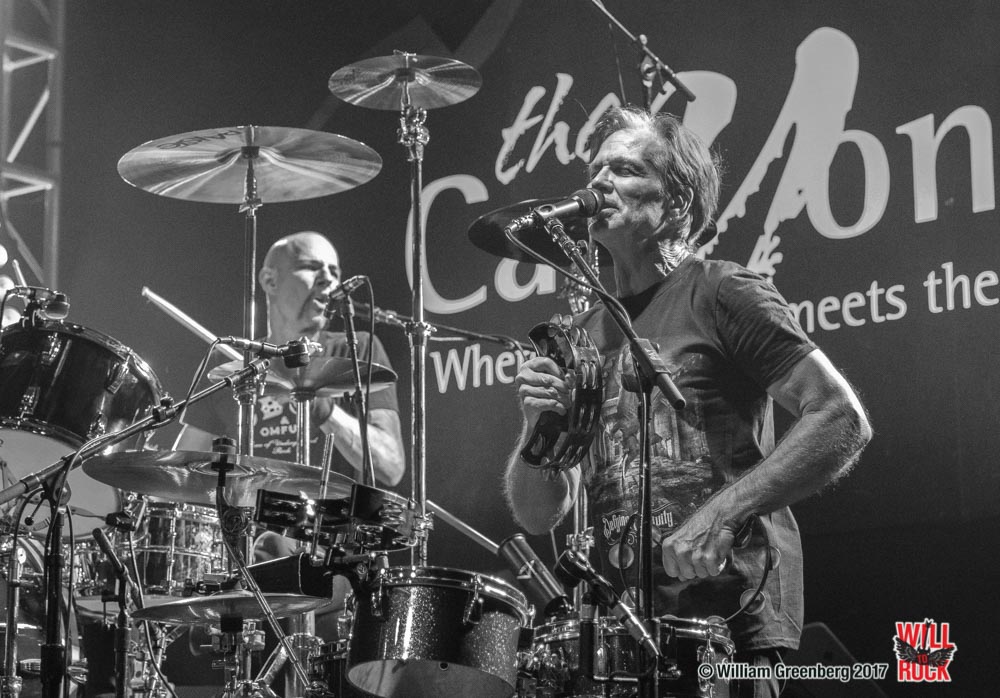 The highlights of the night though for me was watching Billy and Paul’s solos.  Billy never ceases to amaze with the tones and notes he can pull from those 4 strings.  Truly a case of needs to be seen to be believed. And Paul thrilled with an amazing looping guitar solo that left guitar enthusiasts rushing out to sign up for extra lessons. 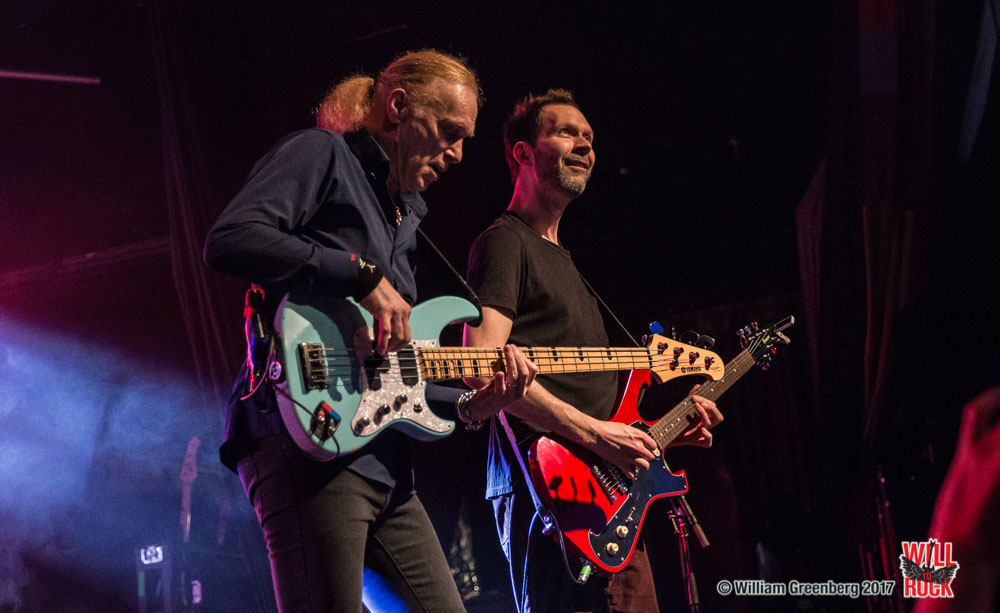 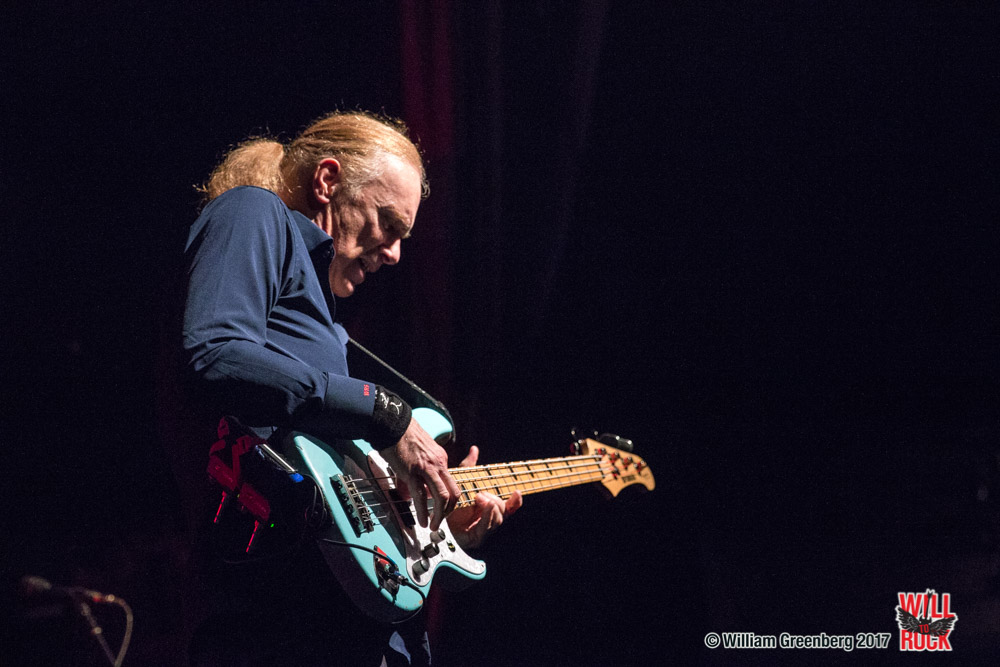 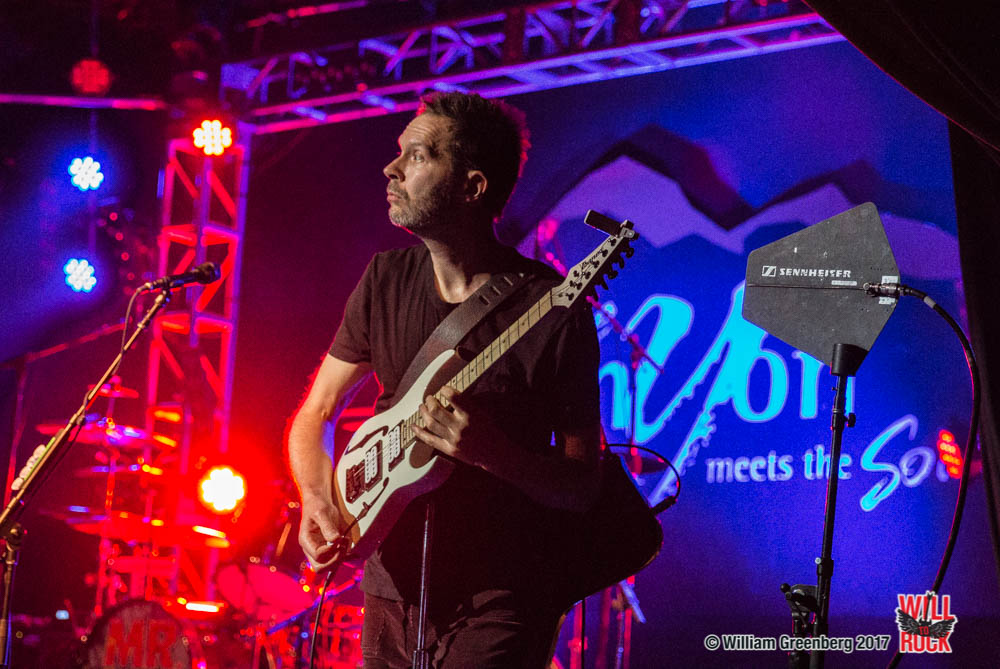 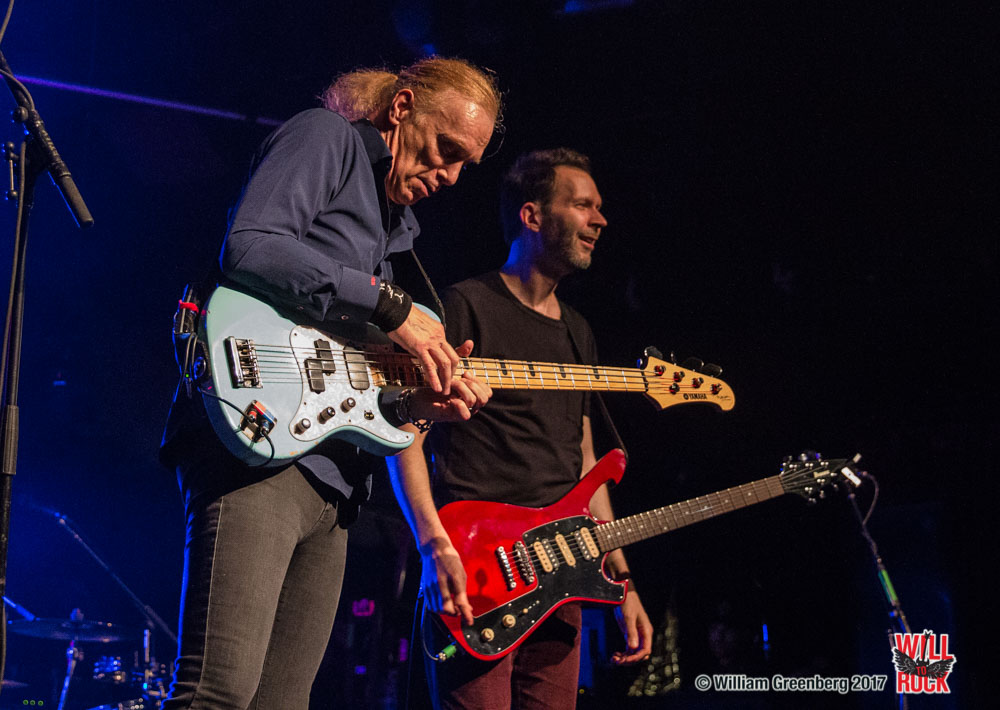 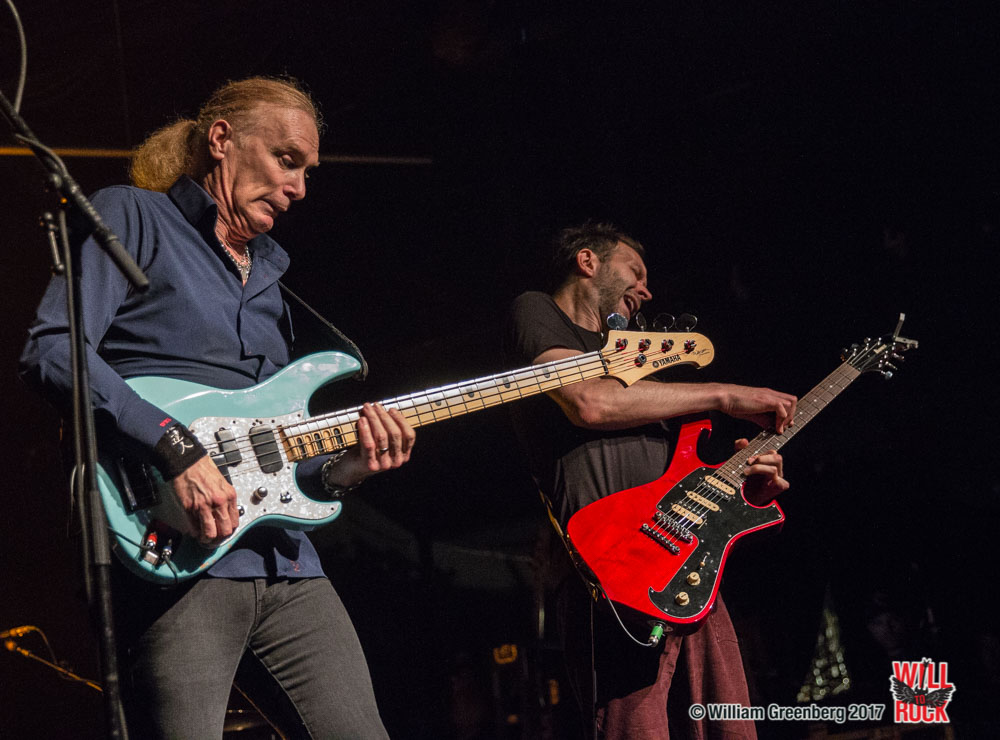 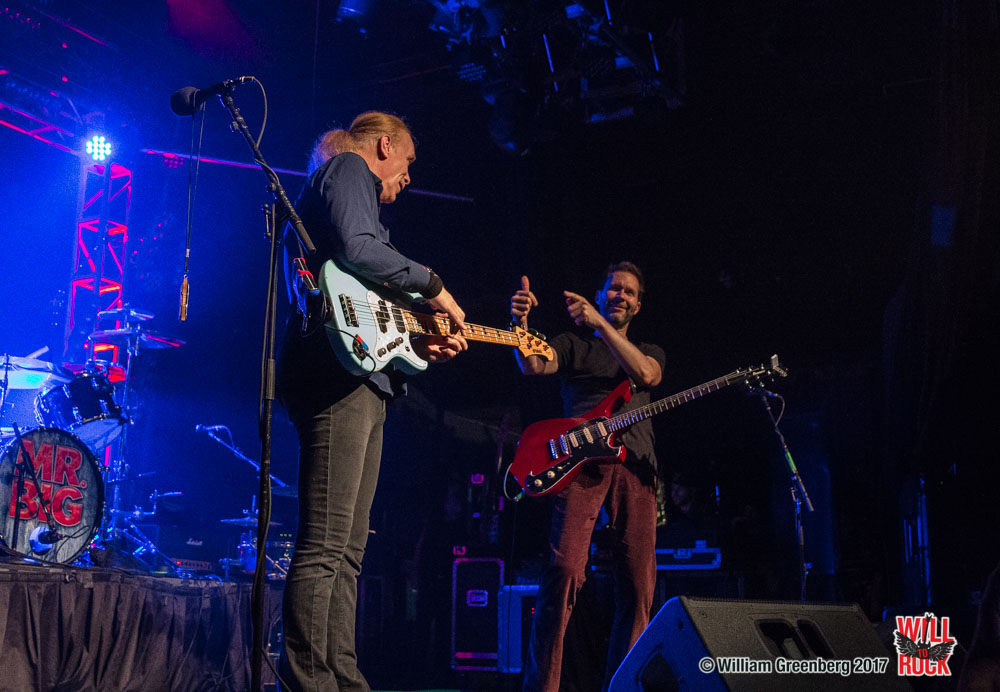 “To Be With You” kicked off the encores which also brought “Colorado Bulldog” complete with band barks and howls, new track, the nostalgic, “1992” and closing out the set with The Who’s, “Baba O’ Riley“. 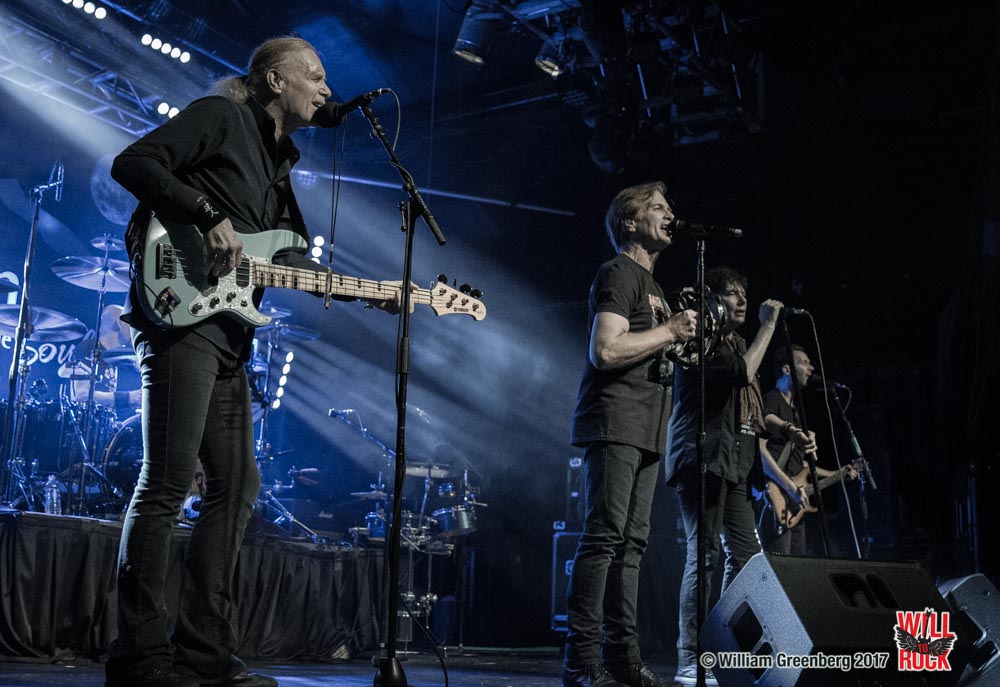