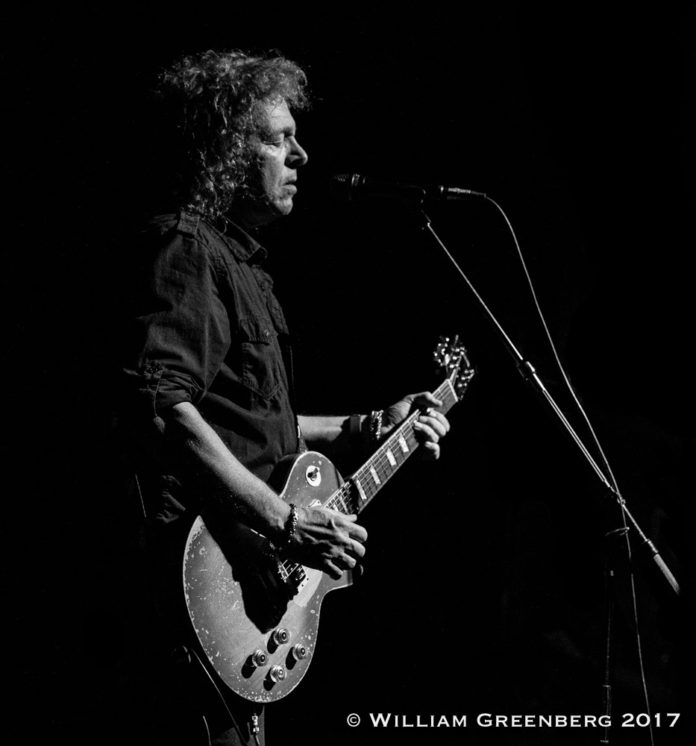 The Bay Area’s Y&T are one of the hardest working bands around. PERIOD!  Checking out the past tour dates on their website will lead you to a LOT of clicking through pages and pages to find any discernible break in their schedule. 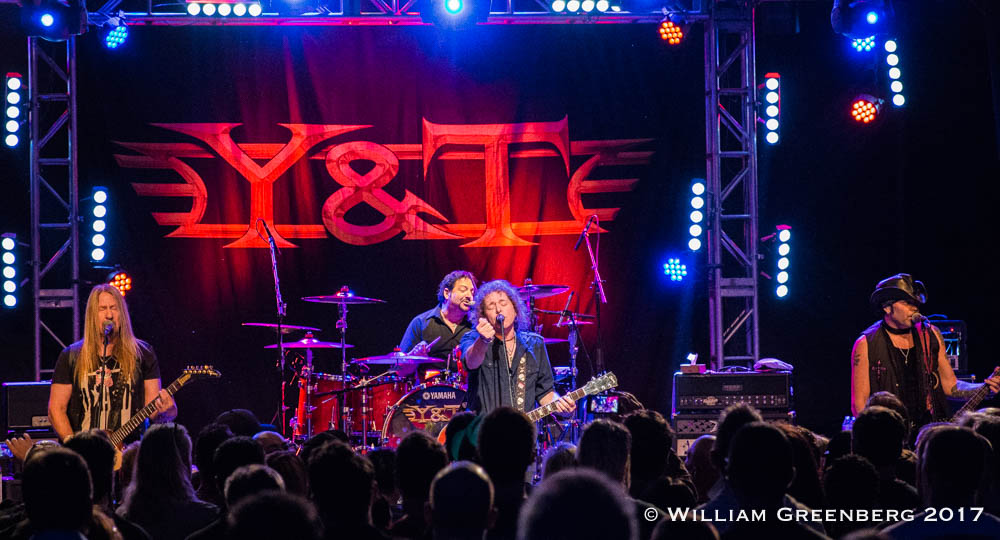 Like clockwork this time of year, Y&T make their way to The Canyon Club in Agoura Hills, CA.  I’ve made it a point to see them every opportunity I can…come “Hell or High Water”.  If you’ve ever been to a Y&T gig, you know that they bring it EVERY. SINGLE. SHOW! 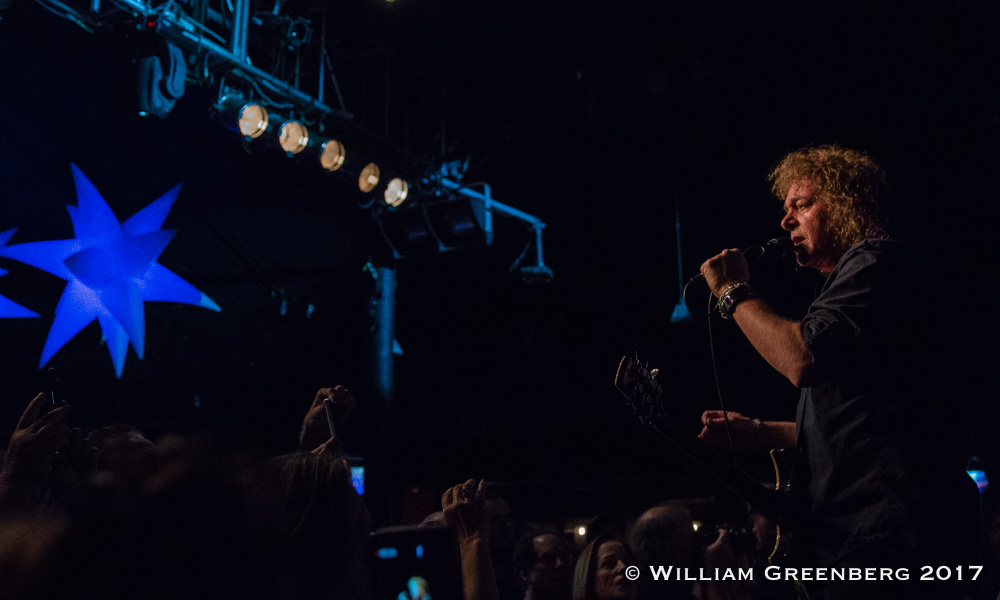 Choosing a set list from a discography that started back in 1976 (When the band were still called ‘Yesterday and Today’) can’t be easy, but Dave and the boys always seem to come up with just the right mix of old and new.

And what a catalog of songs it is…. Tonight we were blessed with “Open Fire”, “Mean Streak”, “Rescue Me”, “Hurricane”, “Contagious”, “Black Tiger”, 80’s MTV hit, “Summertime Girls”, a beautiful version of “Winds of Change” a kick-ass, groovin’ “Dirty Girl” mixed in with some of their later hits, “Don’t Be Afraid of the Dark” and “Shine On” (From their last release, ‘Facemelter’.) 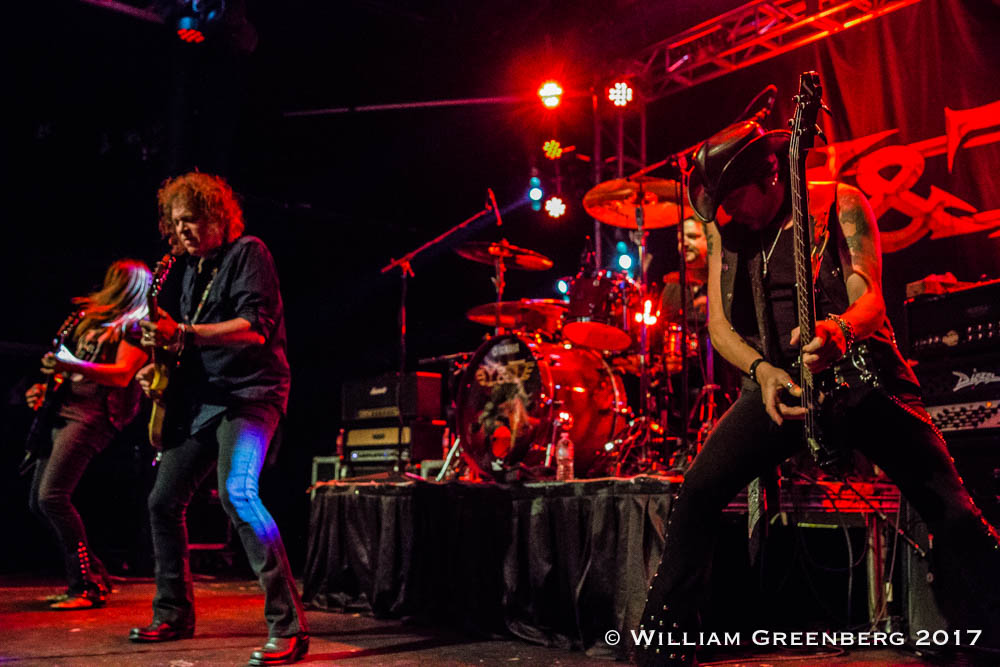 Dave let the crowd know that they will be heading to Japan in 2 weeks to record a double live CD with an accompanying DVD, playing the entire ‘Earthshaker’ album. (Look for that to be released sometime later this year.) The mention of Japan also allowed for a nice segue into the familiar cymbal crash intro to “Midnight In Tokyo”.

The band is rounded out by long time guitarist John Nymann, drummer Mike Vanderhule and newest member, Aaron Leigh on bass.  All providing a healthy compliment of wonderfully harmonized backing vocals to the mix. 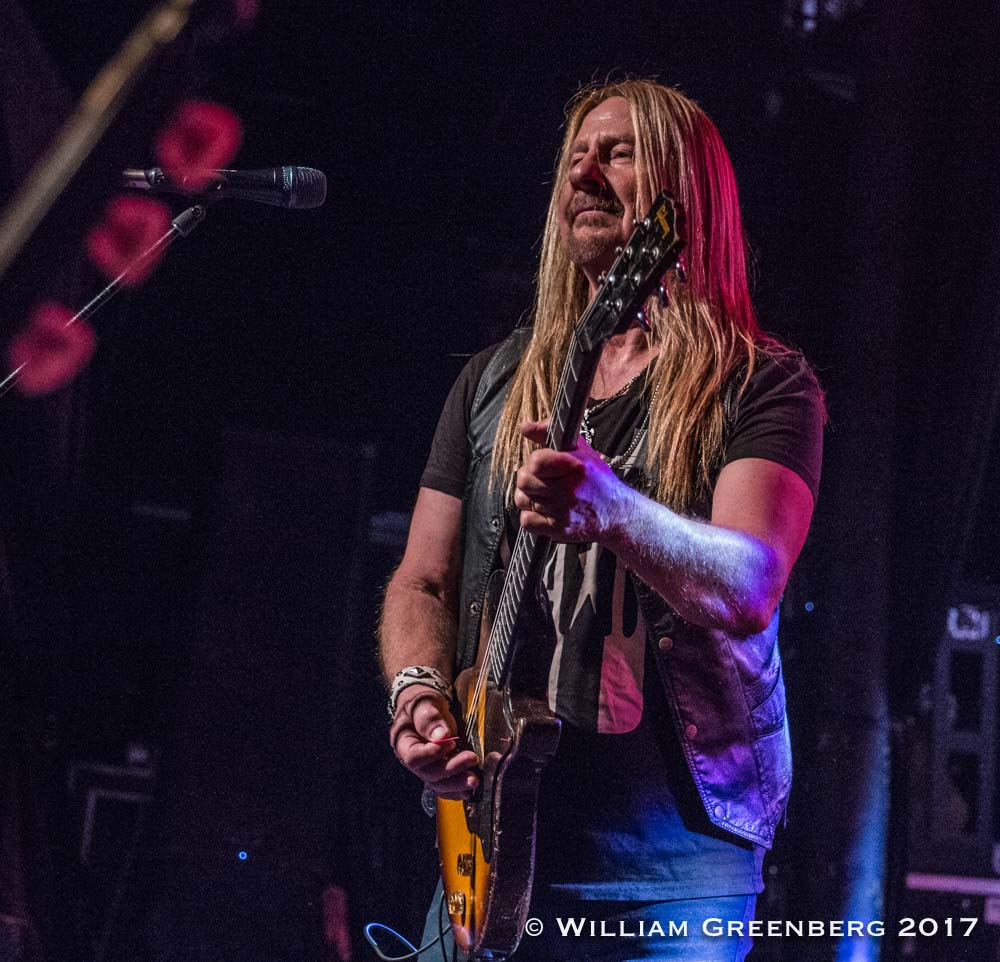 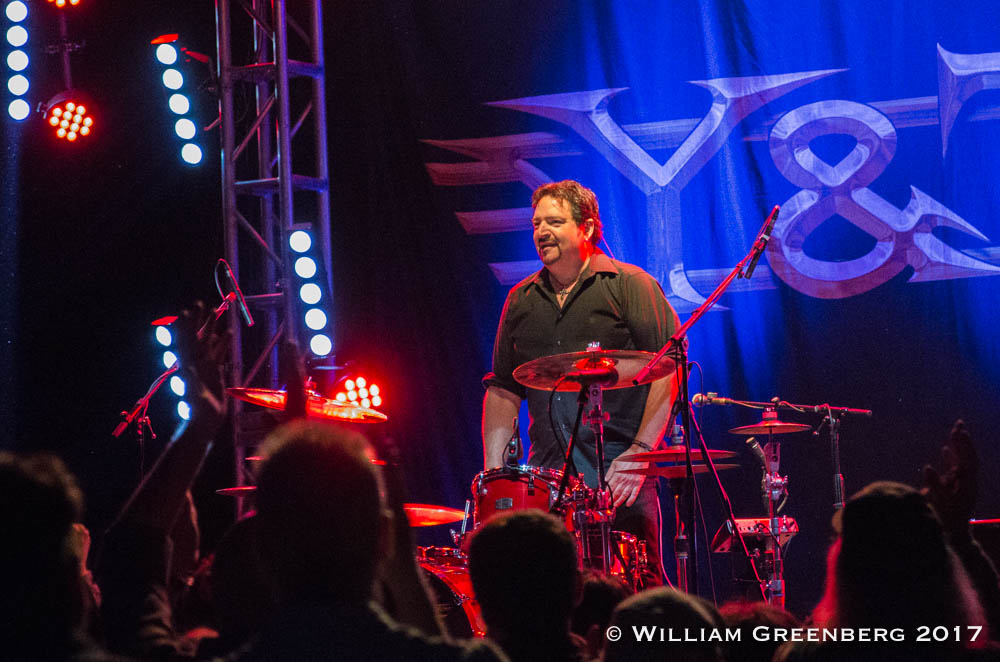 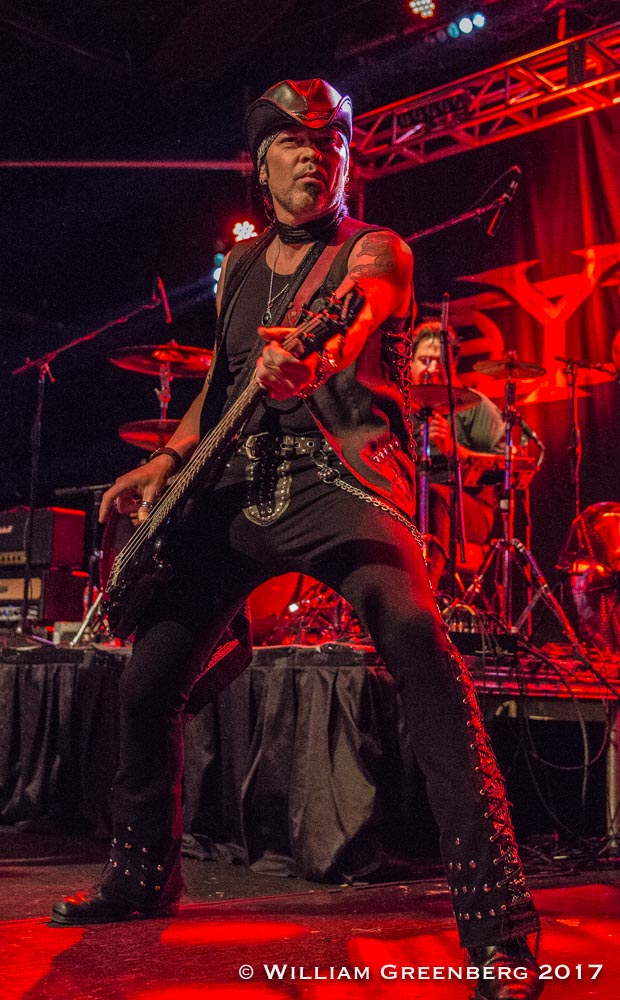 And speaking of backing vocals, one of tonight’s surprises during the encore, was an impromptu charge from back stage of Ace Von Johnson, Chad Stewart (Faster Pussycat) and Howie Simon (Graham Bonnet, Jeff Scott Soto) to help the band out on BV’s on “Forever”. 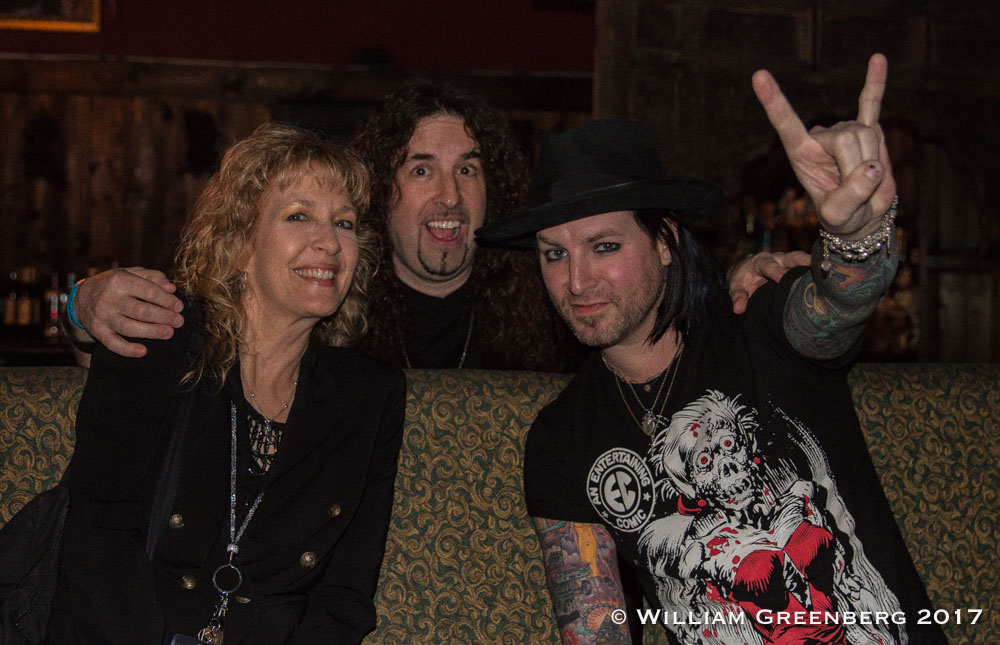 After their set, as they always do at the Canyon, the band came out and took pictures, signed autographs and talked to all the fans that stuck around to meet them.

At 63 years old, Dave Meniketti has lost none of his boyish charm and not an ounce of his amazing vocal ability.  His soulful voice is still as crisp as it ever was.  Y&T are showing no signs of slowing down, which is great news for those like me that make it a point to catch this legendary, heavy metal gem year after year. 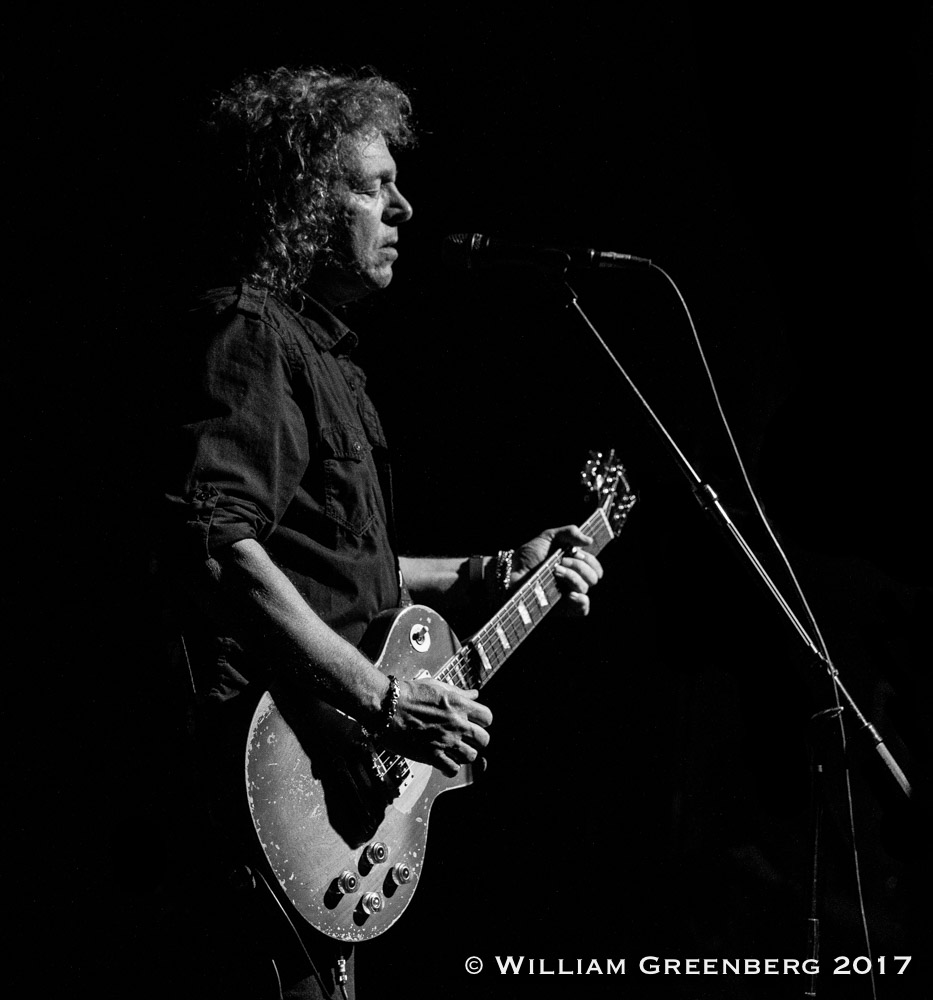