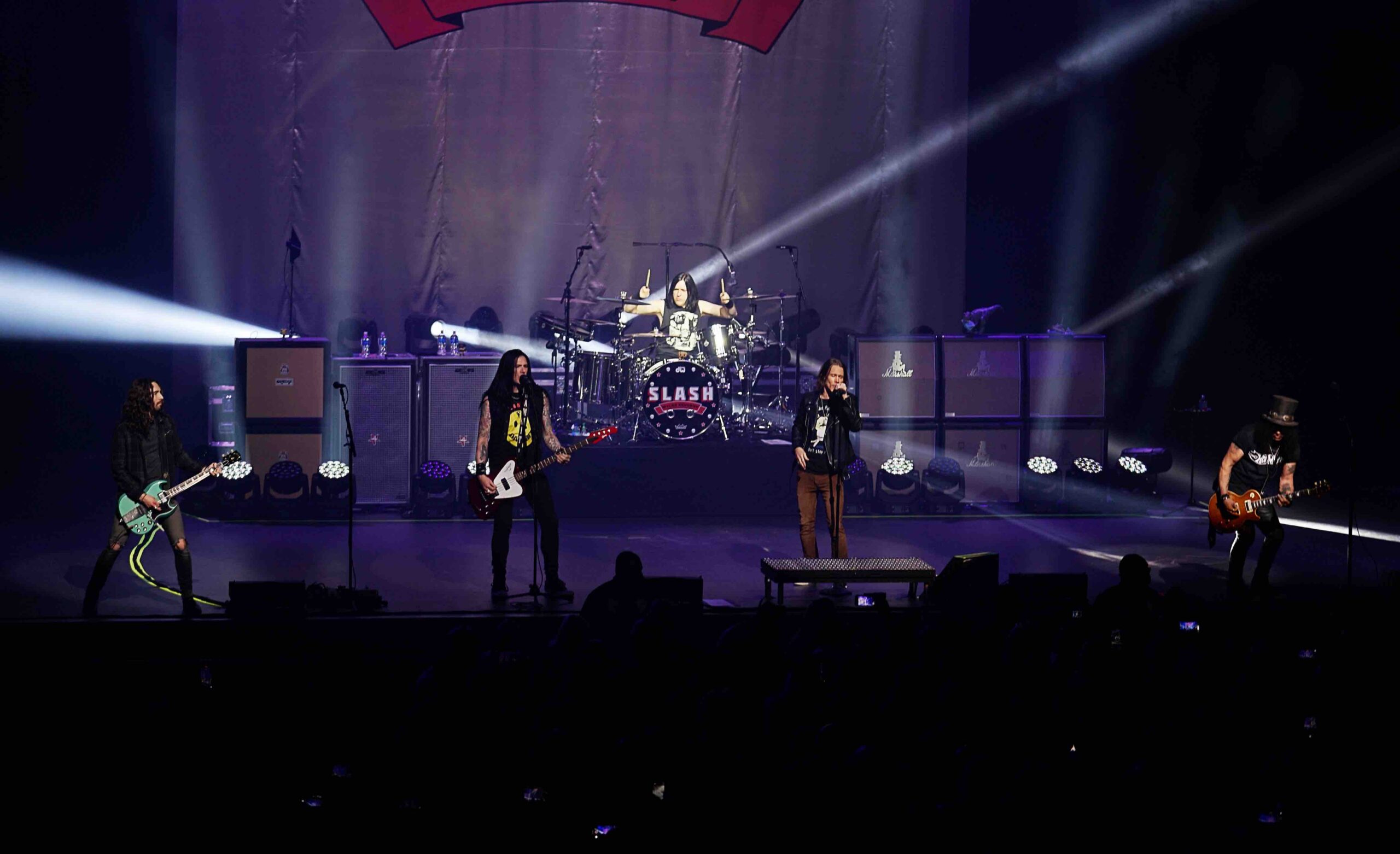 Slash featuring Myles Kennedy and the Conspirators brought their River is Rising tour to the new YouTube Theater for a hometown L.A. show on Friday, February 18th. The new venue, part of SoFi Stadium is reminiscent of the old Universal/Gibson amphitheater.

The band of road-dogs are on tour in support of their newly-released album, simply titled “4“.

A little past 9:00 pm, the stage was flooded with blue lights as Slash with Myles Kennedy and the Conspirators took to the stage, opening with “Driving Rain” from the 2018 album Living the Dream. As Kennedy engaged the audience from his riser, Slash commanded the edge of the stage, striking his iconic guitar god pose with sunburst Gibson Les Paul propped on his hip and a wall of Marshall amps as his backdrop. Clad in his trademark black top hat, sunglasses, bandana and chain on his black leather pants (and tonight a Hot Wheels t-shirt), the Rock and Roll Hall of fame guitarist did not disappoint. He made sure to peel off solos for his faithful on both sides of the stage.

Myles Kennedy has a laid back and unassuming demeanor, but his vocals are anything but that. He has a huge voice, which is augmented by the backing vocals of bassist Todd Kerns. 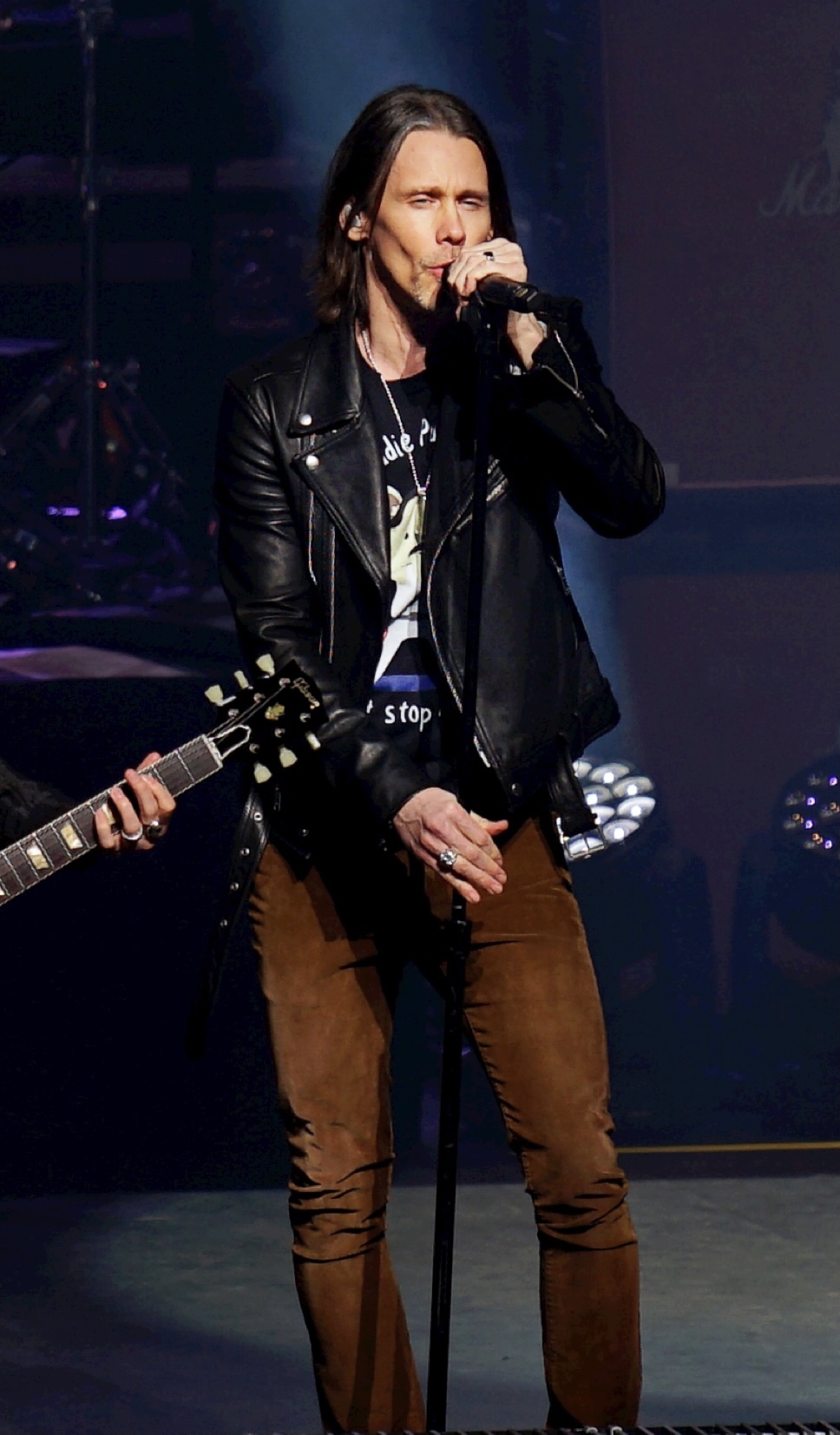 The set list was comprised mostly songs from the 2010 “Slash” album, 2012’s “Apocalyptic Love”, “Living the Dream” from 2018 and 5 songs from the new album, 4. There were a few cover songs as well. Seven songs into the evening, the new songs “The River is Rising” and “Whatever Gets You By” were introduced. 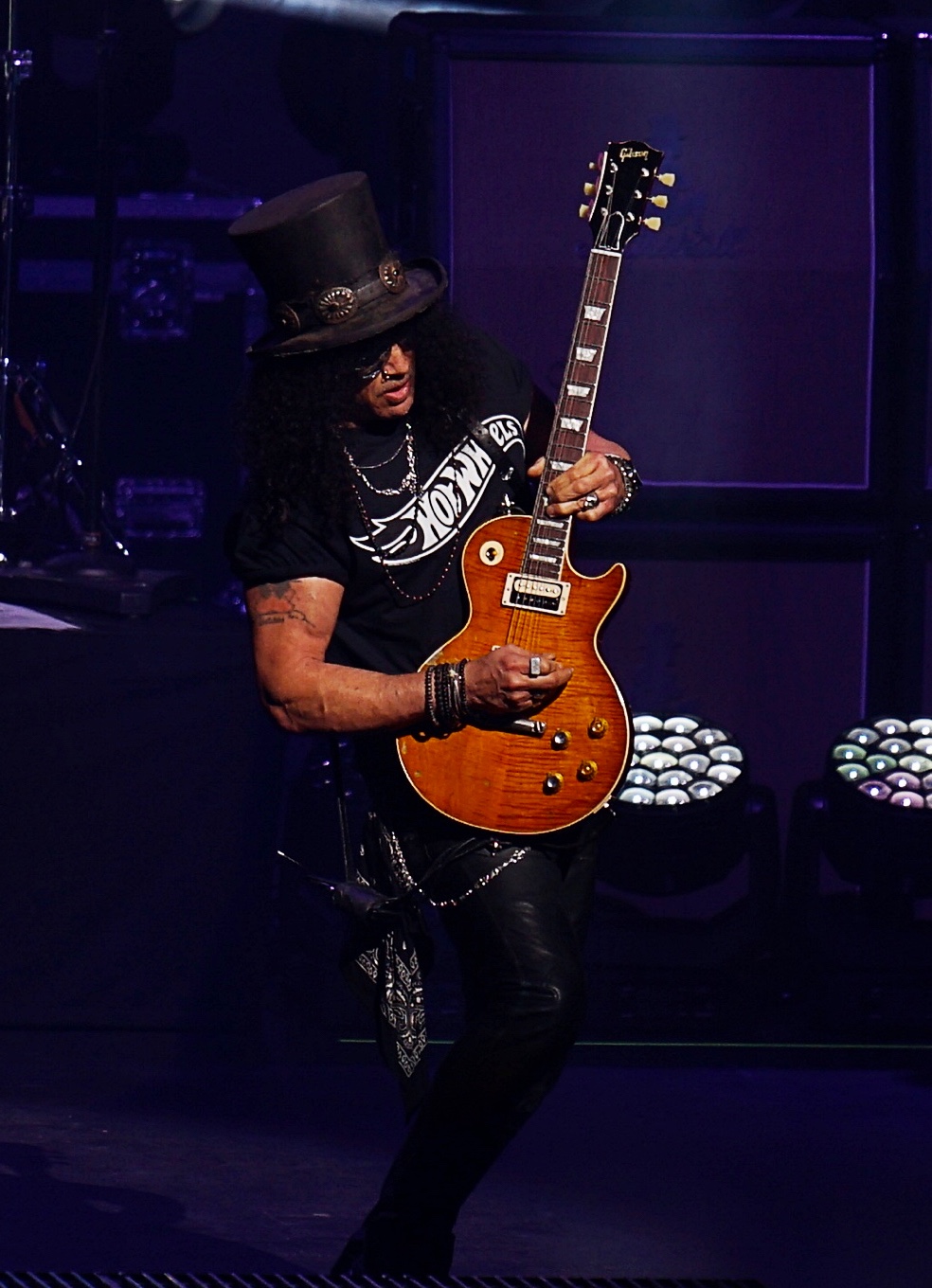 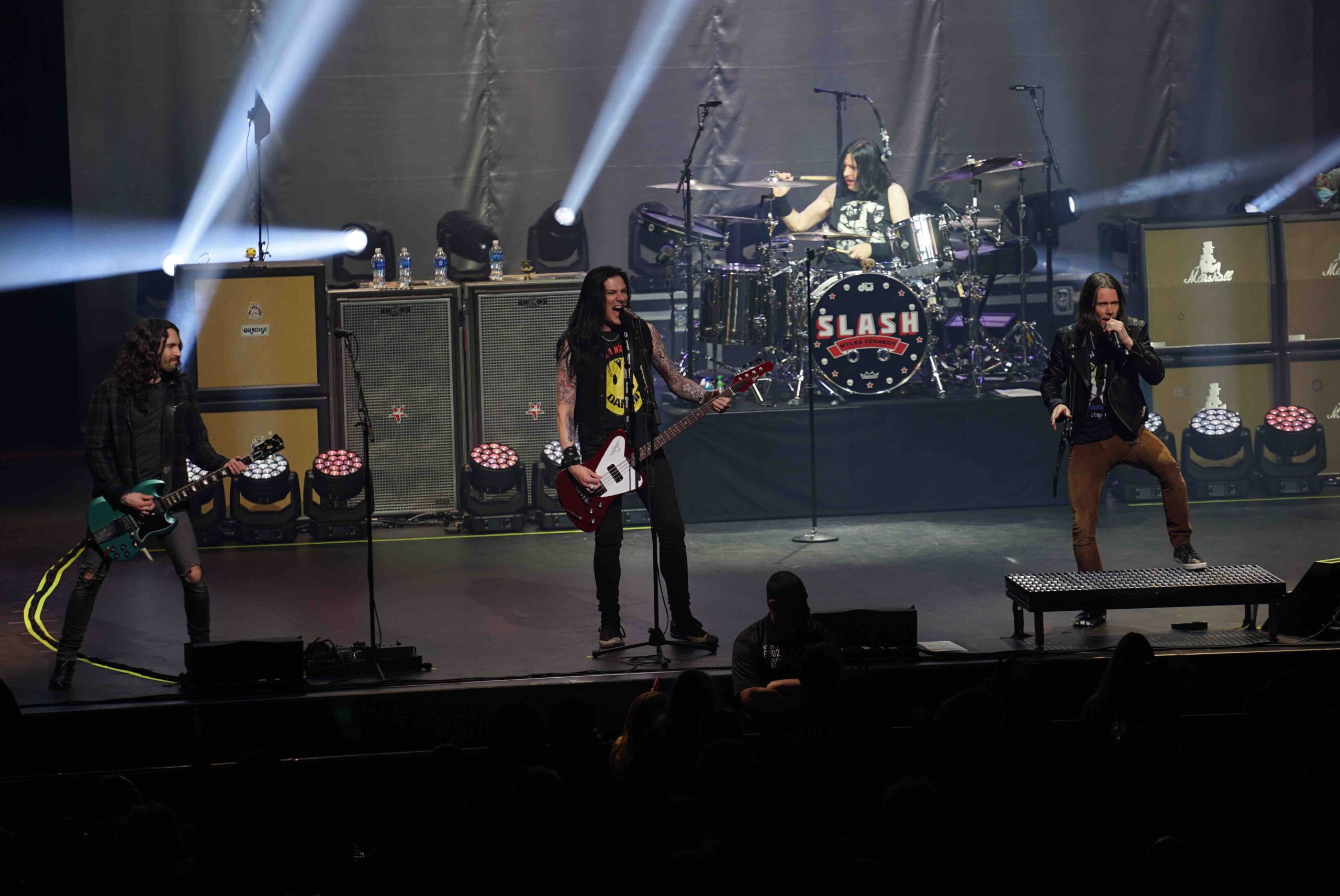 Bassist Todd Kerns handled lead vocals on a cover of Lenny Kravitz’s “Always on the Run” and “Doctor Alibi” from the 2010 Slash album (originally sung by Lemmy Kilmister.)

Todd held down the rhythm along with drummer Brent Fitz and guitarist Frank Sidoris. It was nice to see Sidoris back onstage. I’d last seen Frank with Mammoth WVH, but he was missing from their show at the Whisky in L.A. this past October, as he was involved in a serious car accident. 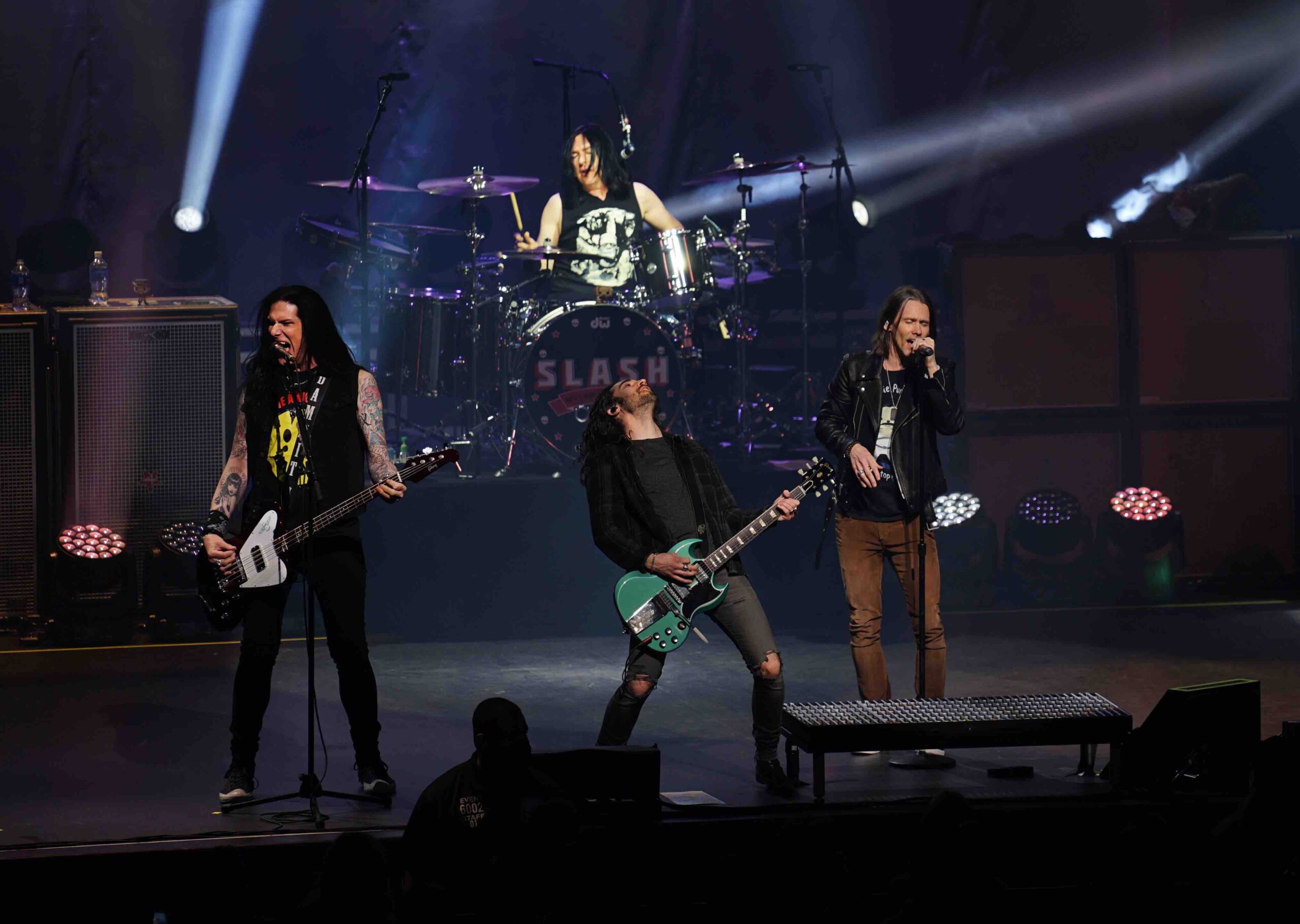 On this night there were no Guns N’ Roses songs, but with this two-hour set of dirty and hook-filled rock, it’s unlikely anyone left disappointed. 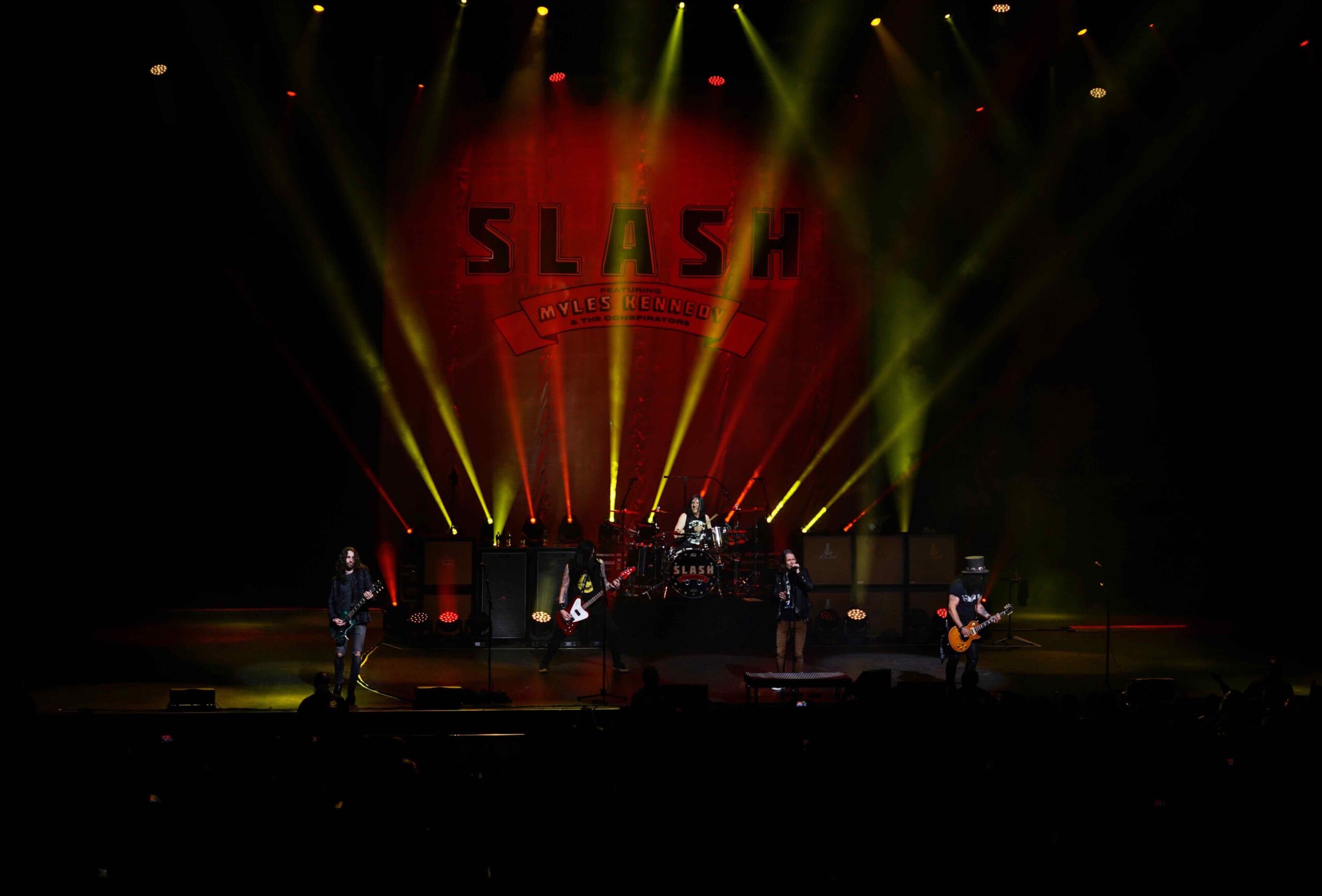