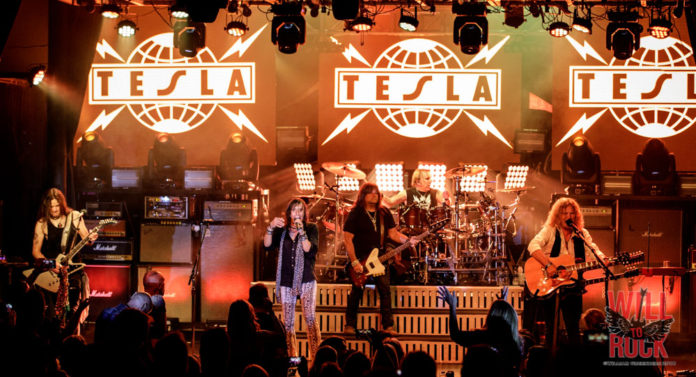 Sacramento’s Finest, Tesla are back on the road celebrating almost 32 years as a band and that makes this reviewer one happy camper! I will go on record as saying that Tesla are probably one of my top 3 favorite bands. Tonight’s show may have put them right on top. 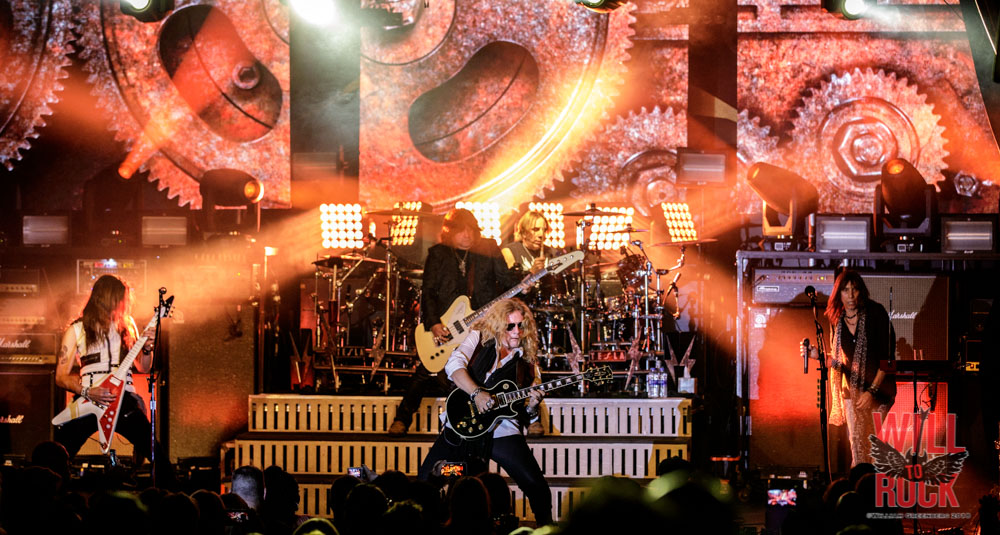 Not to be confused with the Tesla that smokes weed and hocks cars, no…this Tesla smokes weed and rocks bars! (Come on…  you know that was good.) And Rock this bar/club/dinner theater they did! (And.., let this be my only gripe…,I know it’s a dinner theater… You ate your dinner…  Now stand the fuck up!  You’re at a Rock Concert with one of the Best Rock Bands on the Earth…Don’t save it for the Encore…  GET UP!)

What was interesting about this show is that except for a couple of songs, the band concentrated mainly on the first 3 studio records.  The only exceptions tonight were opener, “I Wanna Live” from 2008’s, “Forever More“and “Mama’s Fool” from 1994’s, Highly underrated “Bust A Nut“.

Even though I dig the hell out of almost their entire catalog, and wouldn’t have minded hearing a taste from each, you just can’t go wrong with sticking to the first three classics (As well as a few variations of songs from their “Five Man Acoustical Jam” recording) 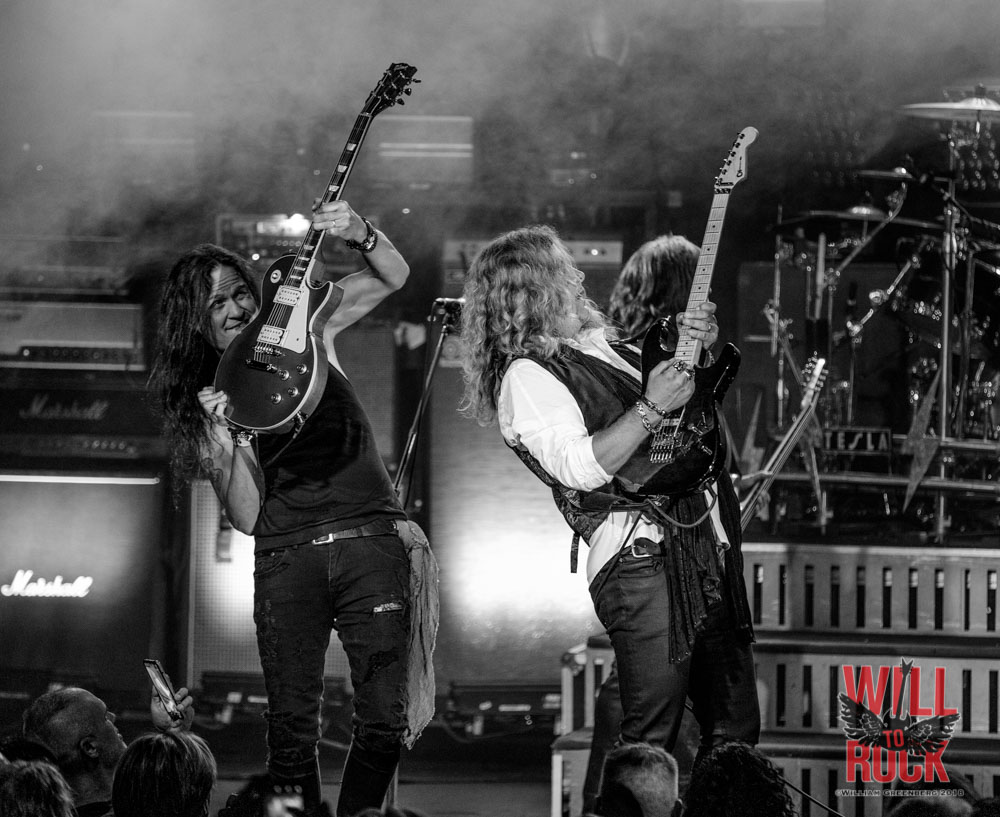 Tonight’s set was broken into 3 pieces, Electric, Acoustic and Electric so you got a healthy dose of what Tesla are all about.  One of the things that always drew me to the band was their use of acoustic guitars even in their heaviest, electrified songs.  A Prime example being “Heaven’s Trail (No Way Out)“.

The stage was packed with a drum riser, stairs, 3 screens and enough ampage for a stadium.  It was all squeezed in perfectly on the Canyon Club stage, making it seem like a much bigger production than it had any right to be. 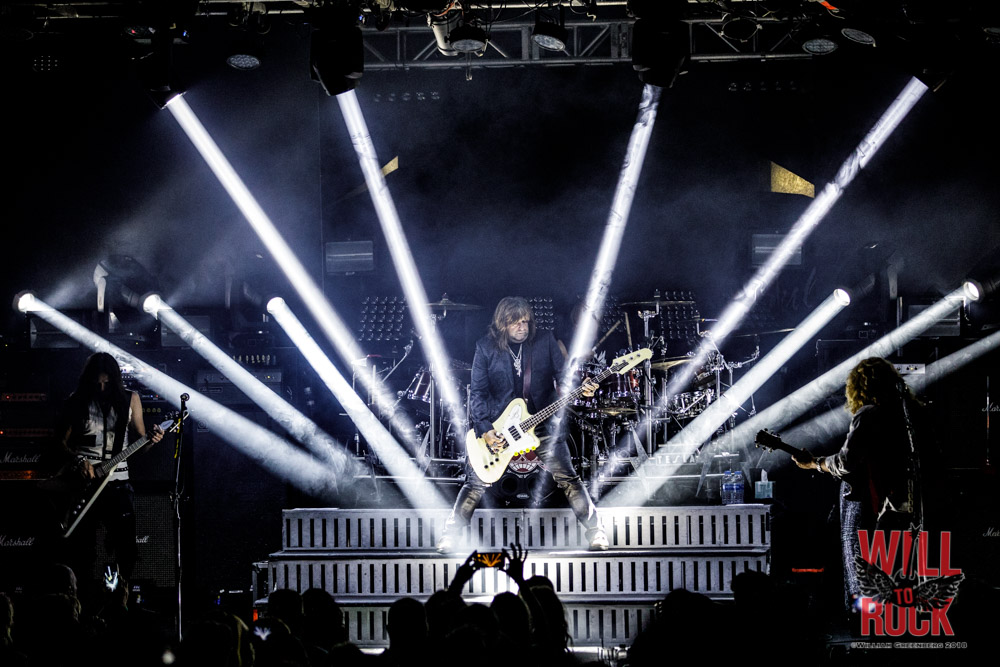 As mentioned this set was mainly dedicated to “Mechanical Resonance“, “The Great Radio Controversy” and “Psychotic Supper“.  Except for the aforementioned songs, Electric Set 1 also included “Hang Tough” and “The Way It Is“.

The acoustic set saw the band (except Troy who stayed behind his kit) come to the front of the stage on to their stools to Jam out “Cumin’ Atcha Live/Truckin’“, an acoustified deeper track, “Lazy Days, Crazy Nights“, “Paradise” and of course their smash hit, “Signs“. 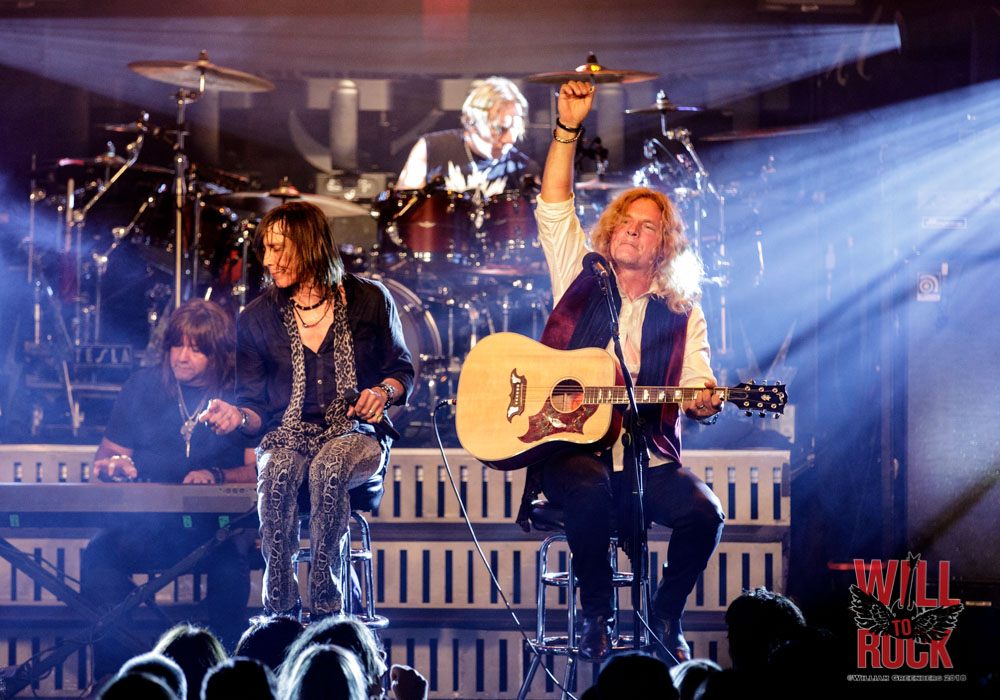 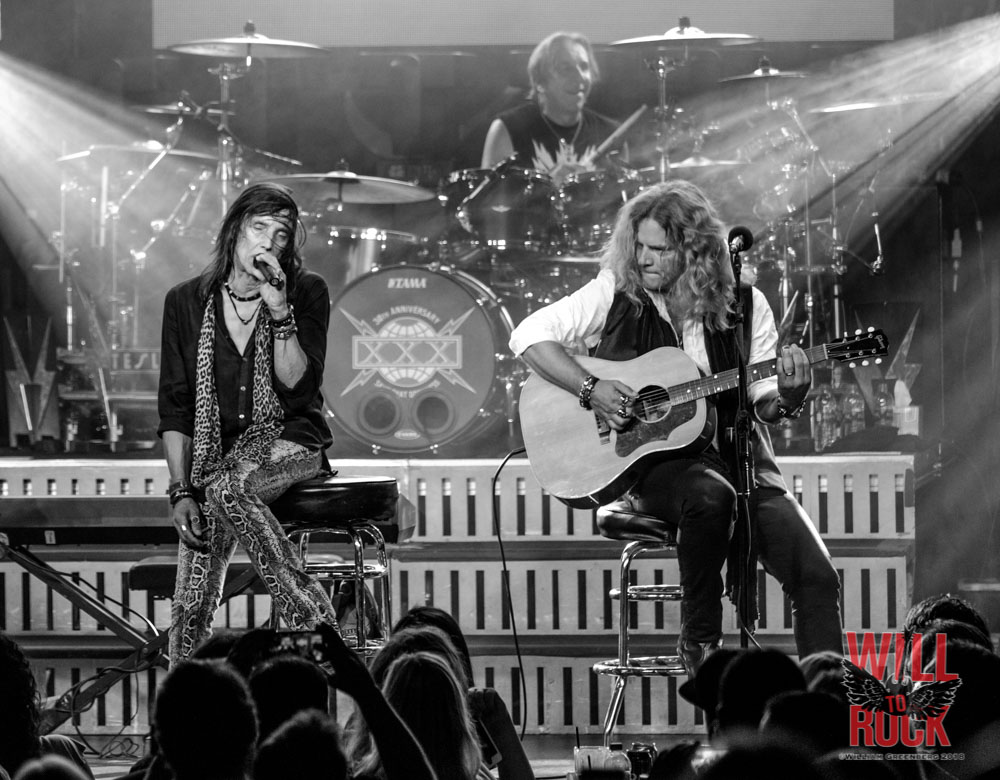 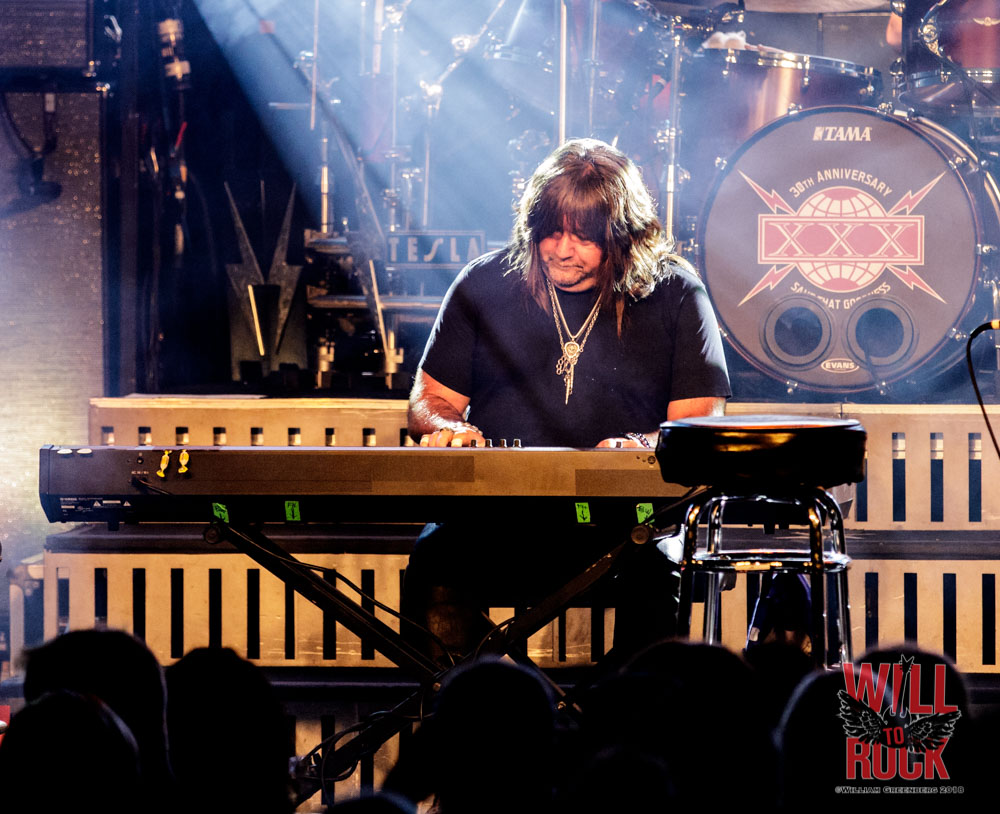 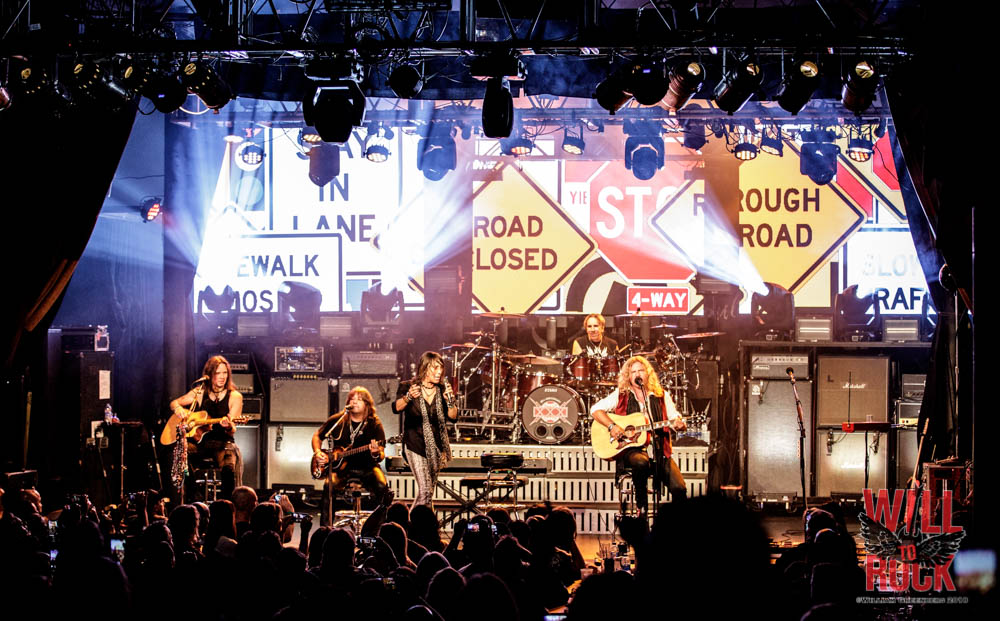 The second Electric set was just killer, kicking off with “What You Give“, “Edison’s Medicine (Man Out Of Time)“, “Love Song“, “Little Suzi” and last song of the night, “Modern Day Cowboy“.

Except for guitarist, Dave Rude, the lineup is the same one that recorded one of the BEST debut albums of all time “Mechanical Resonance” back in 1986. I can’t emphasize how incredible this band still sounds. Jeff Keith has amazing pipes and his playful, almost childlike demeanor on stage still makes him one of the most endearing frontmen out there. His voice is just scratchy perfection. 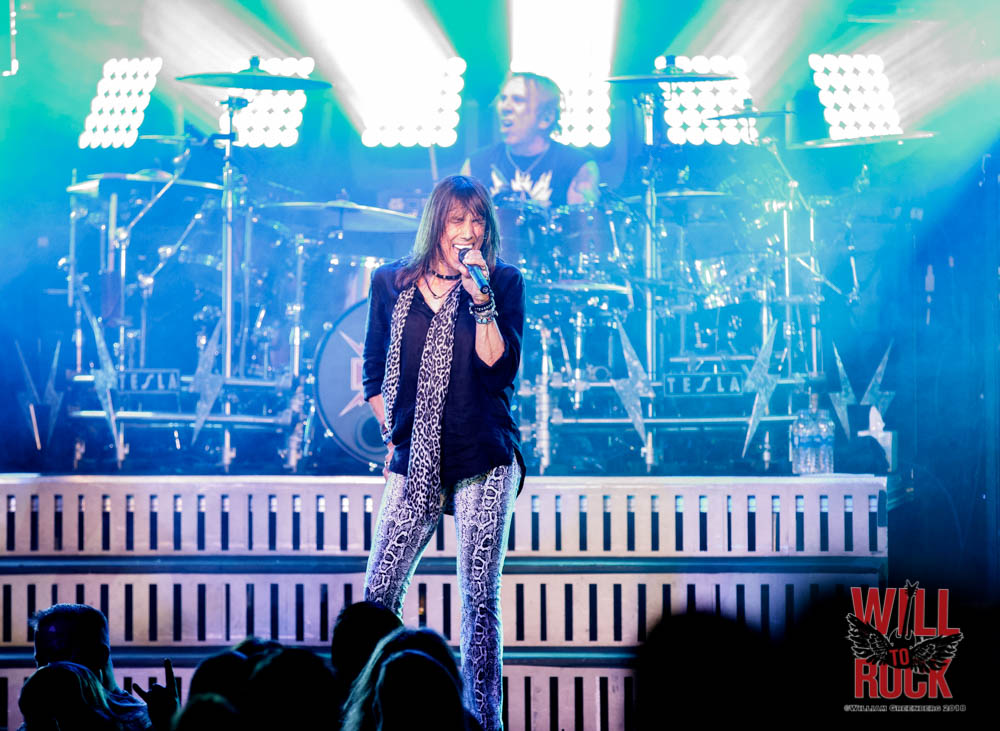 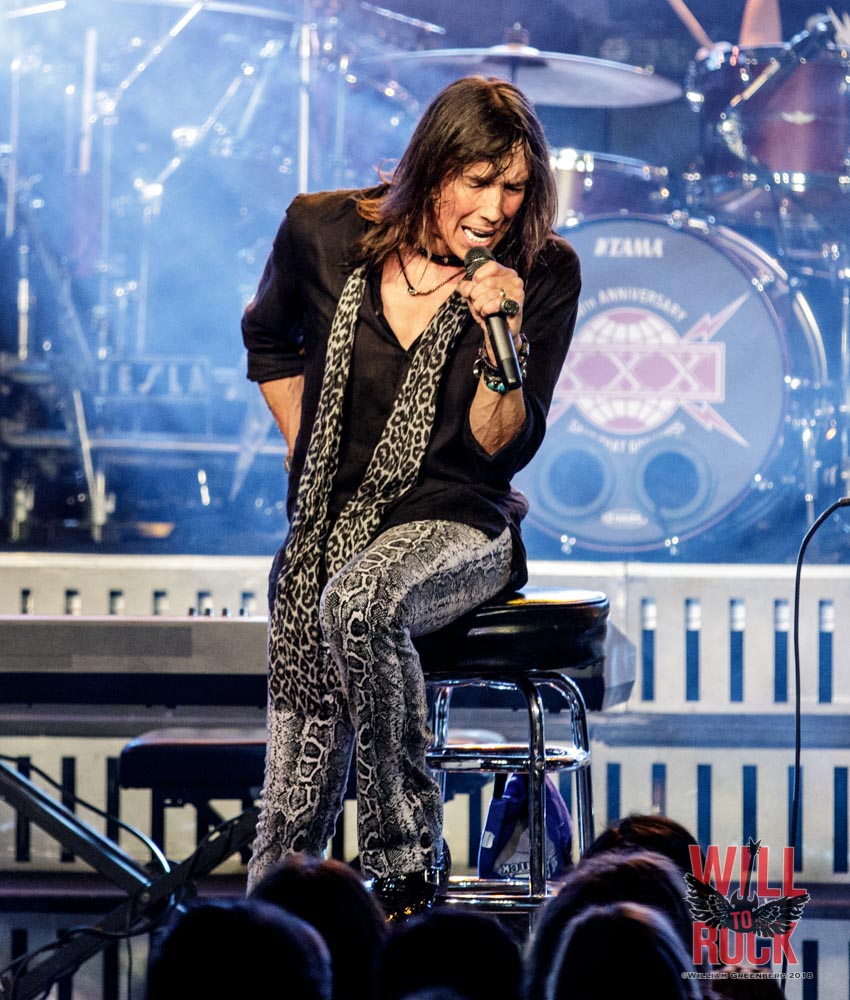 Frank Hannon is another guitarist that has to be classified as underrated. I’ve seen Frank perform a few times (With and without Tesla) and he really is an incredible musician. I don’t think there’s an instrument the man can’t play! He even whipped out the Theremin (Look it up if you don’t know) during “Edison’s Medicine“.  Frank is also a fine vocalist in his own right and adds great background vocals and harmonies to the Tesla sound. 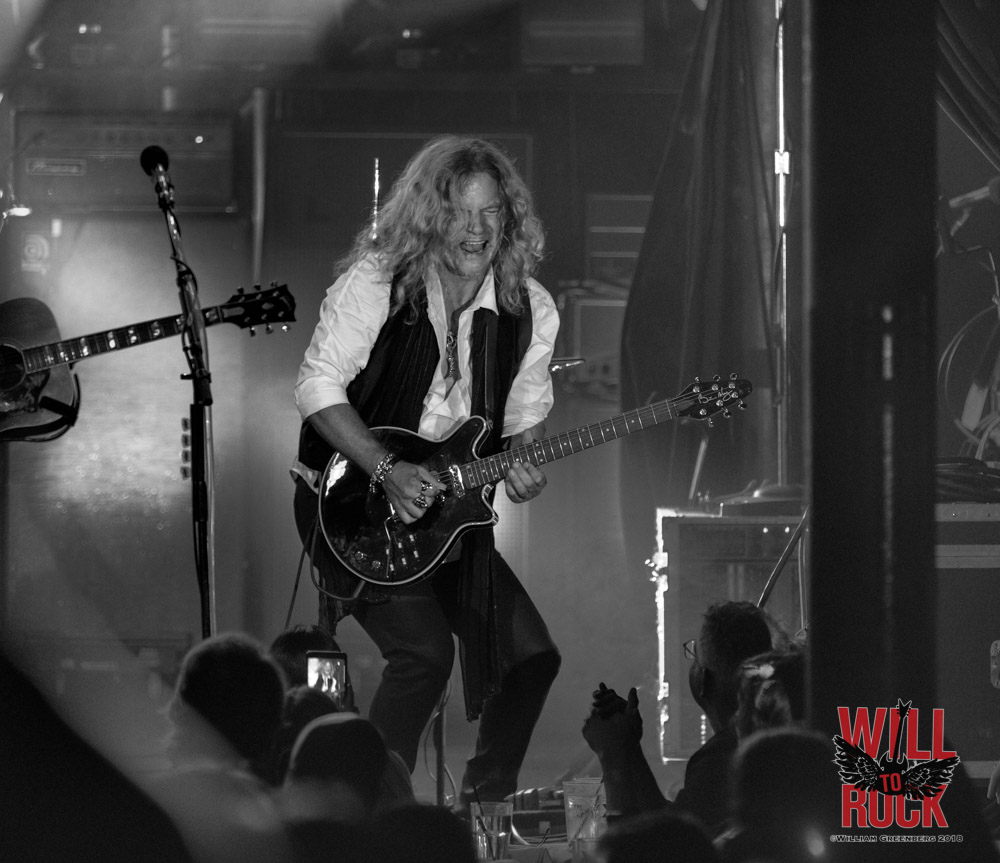 Brian Wheat (bass) and Troy Luccketta (drums) are such an understated rhythm section.  Yes, they drive forward all those powerful Tesla rockers, but their talents also shine during the slower selection and especially during the acoustic portion of the set where Brian, with acoustic bass in hand delivers some great accompanying vocals. 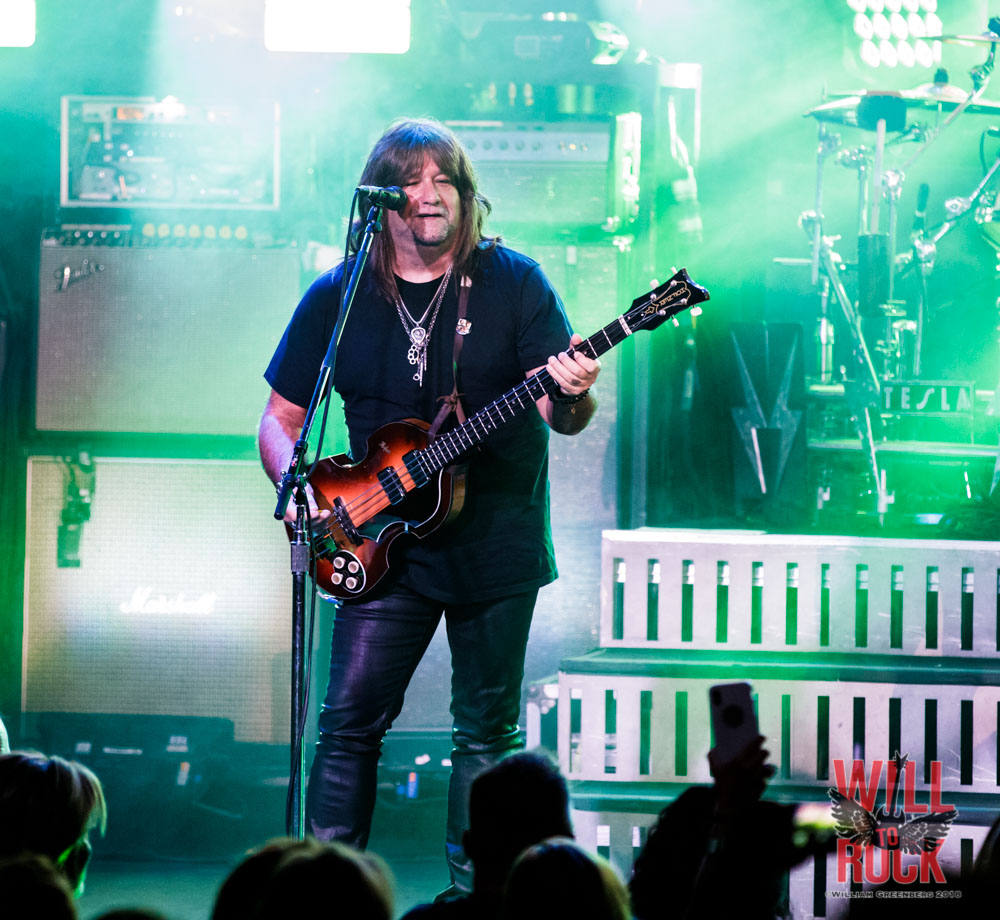 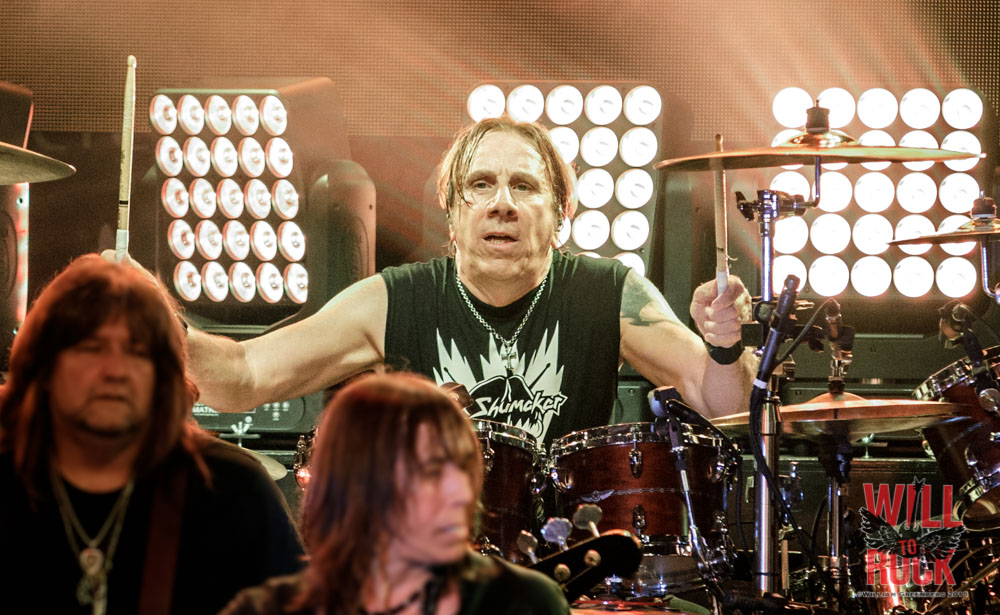 As mentioned, Dave is the “young blood” in the band even though he’s now been part of them for almost 13 years. He has ample opportunity to stand out with his solos, and along with Frank, gets to perform one of the greatest instrumental intros EVER into “Love Song“. 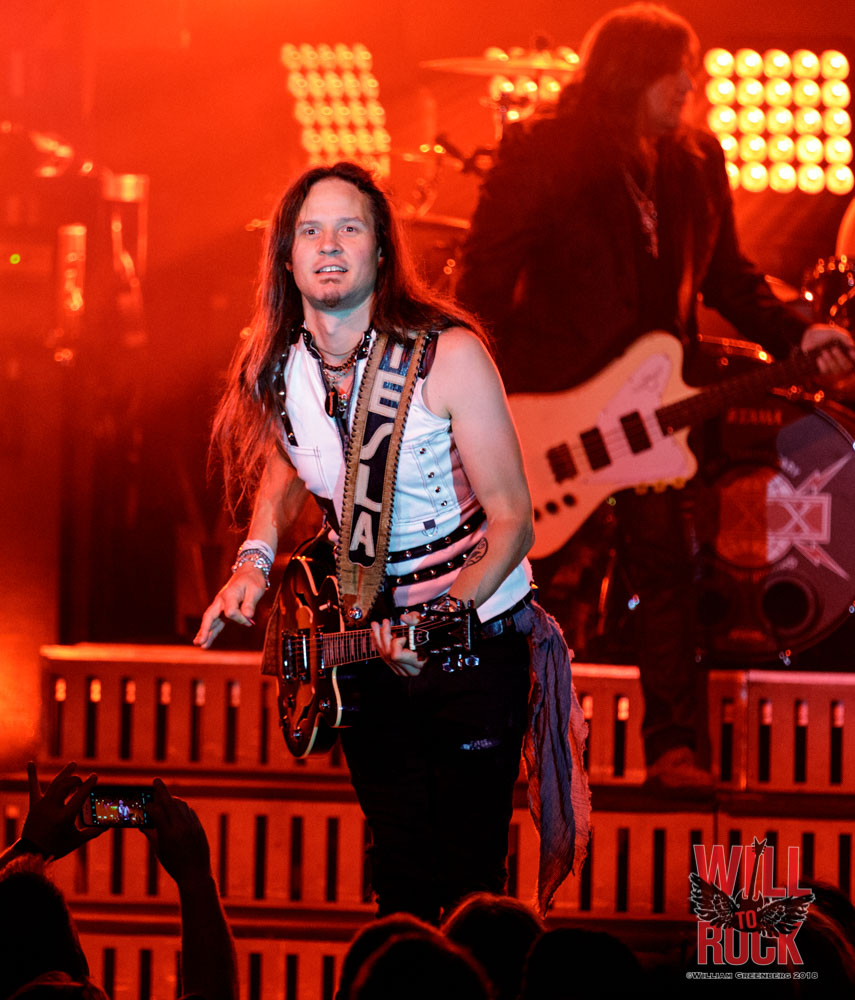 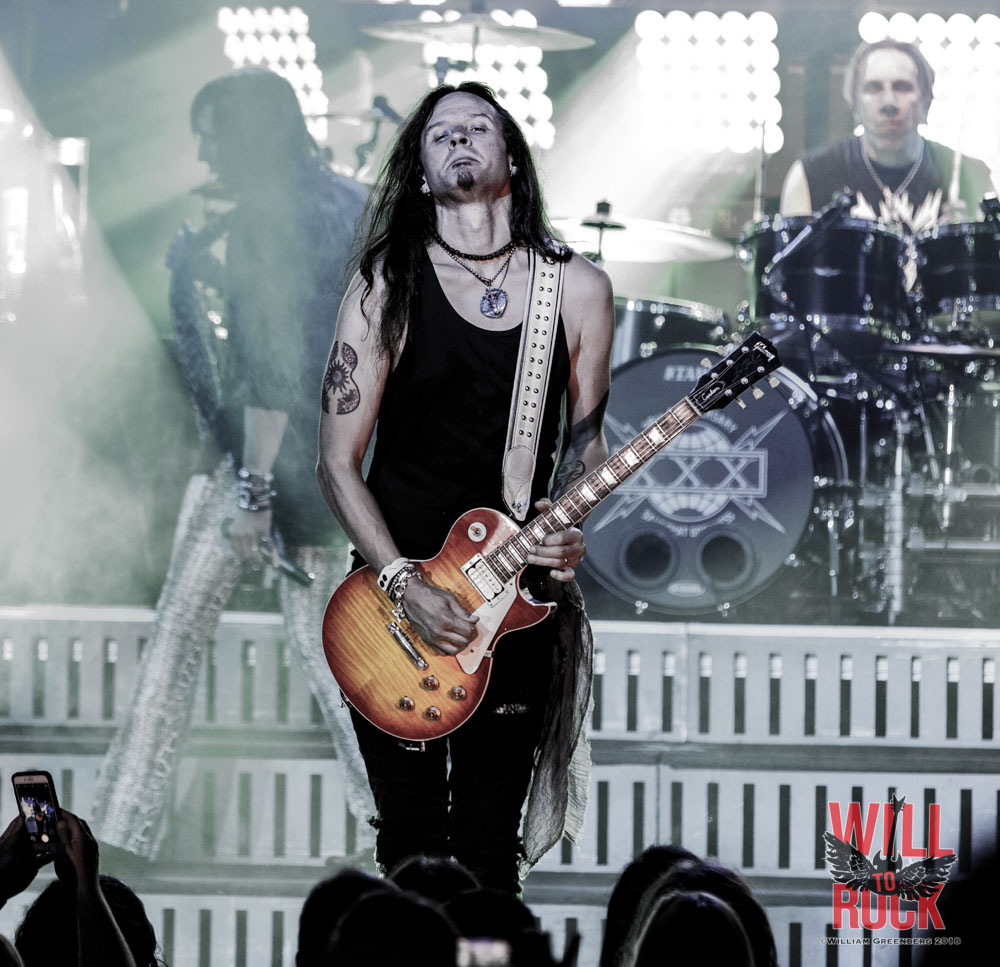 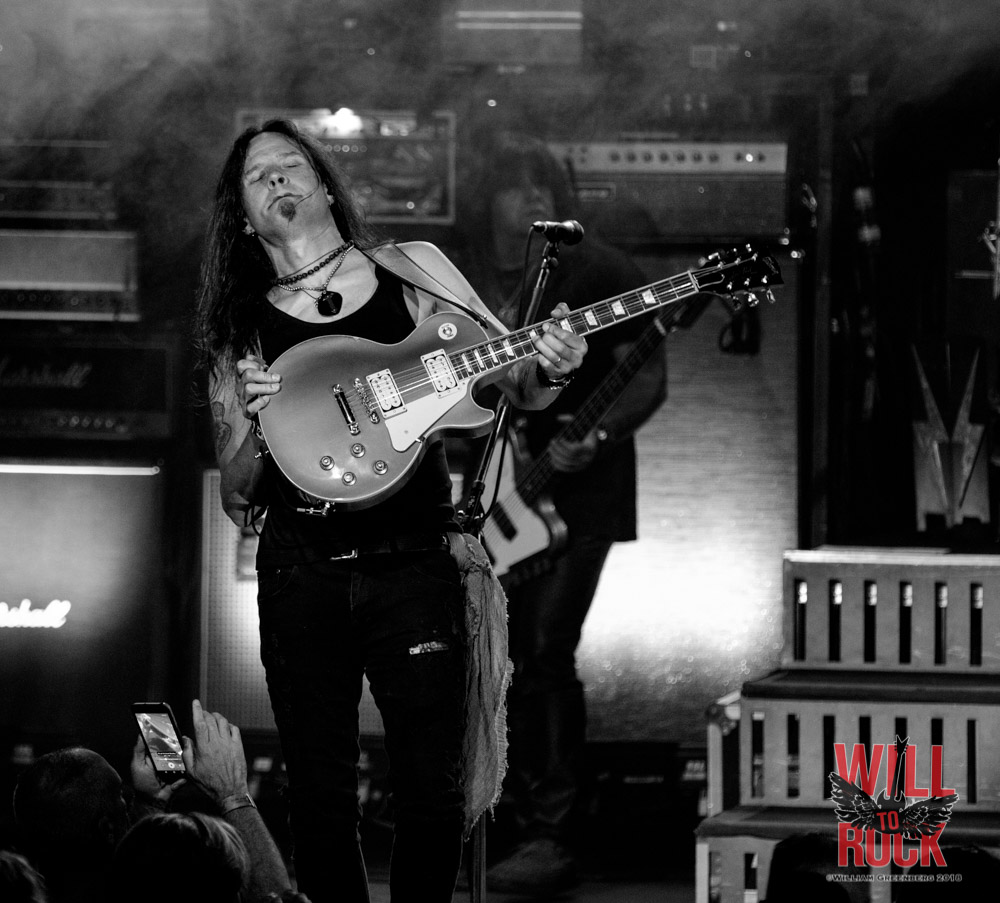 I’ve now seen Tesla perform at the Canyon Club 3 times and every one of those shows is packed to the ceiling.  Barely any room to move around, it’s apparent that wherever Tesla go they have some crazy dedicated fans. Those fans were in fine voice and sang along (loudly and often badly) to every word of every song. 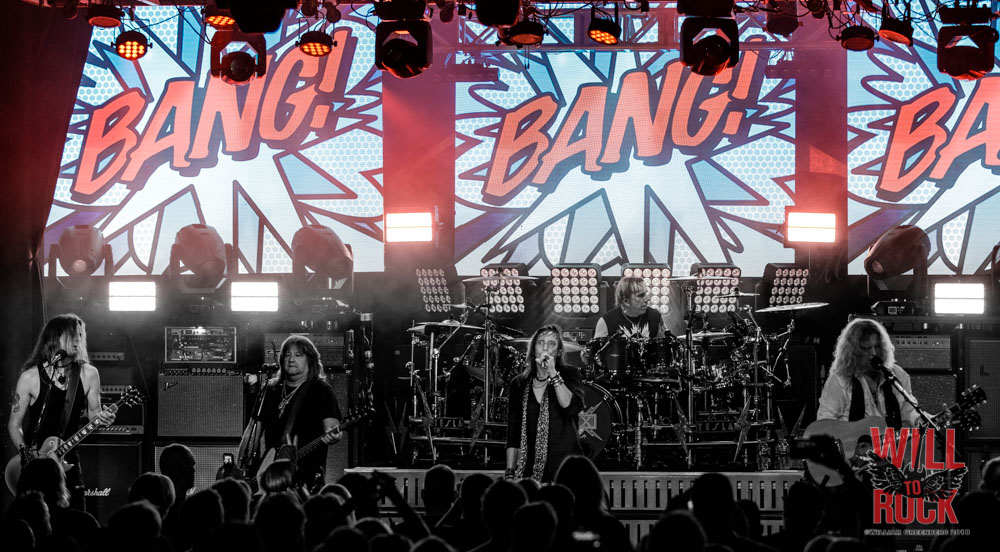 This tour seems like a primer to keep Tesla on your radar until next year’s release of “Shock“; Their highly anticipated new album that is being produced by Def Leppard guitarist, Phil Collen. 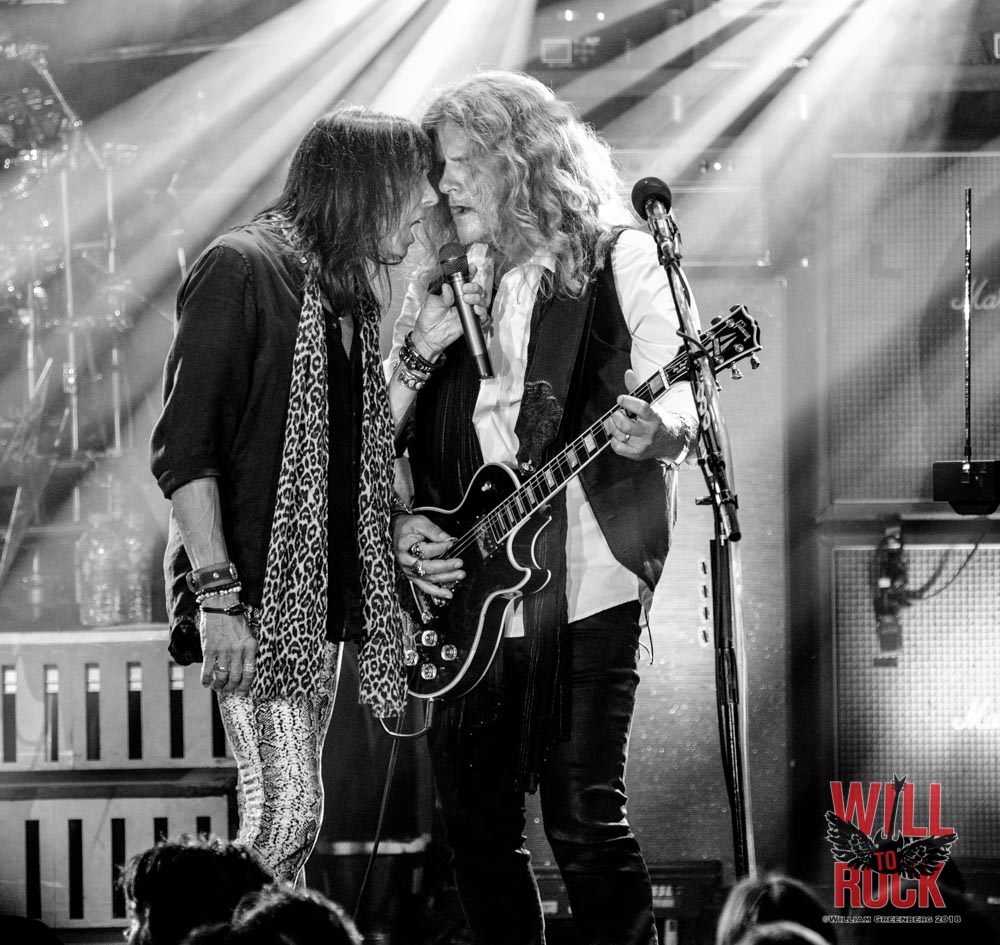 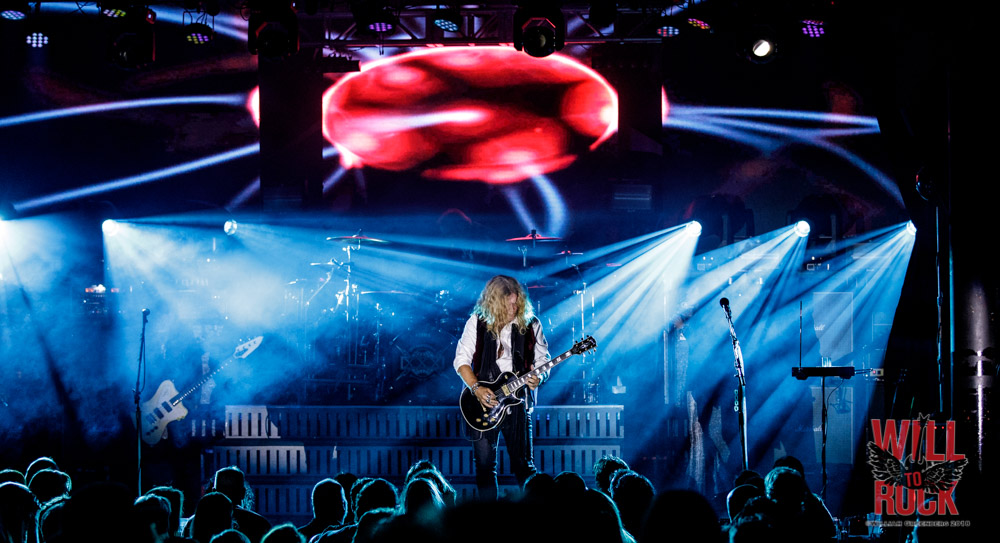 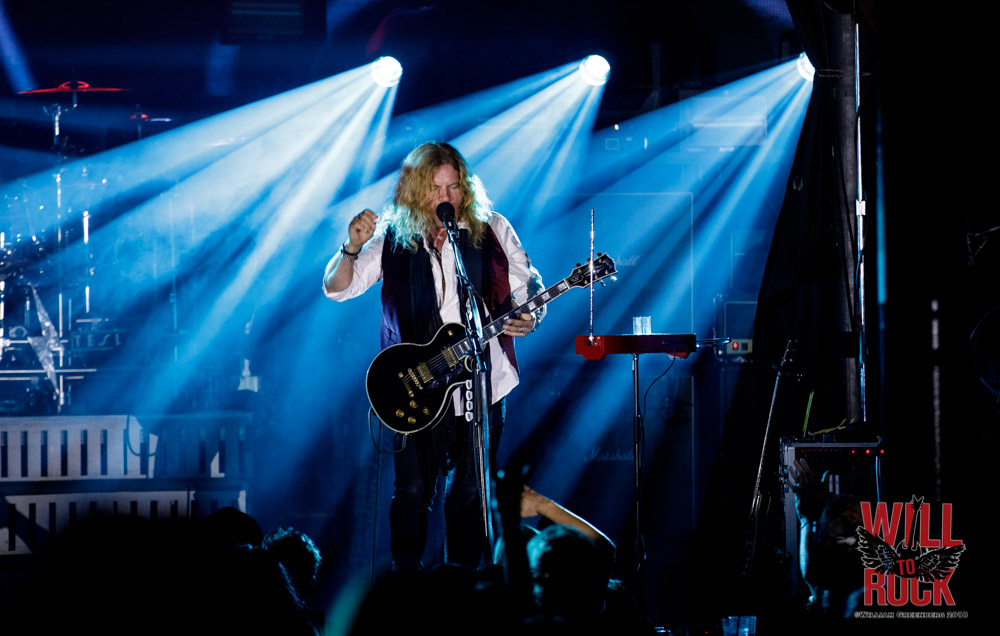 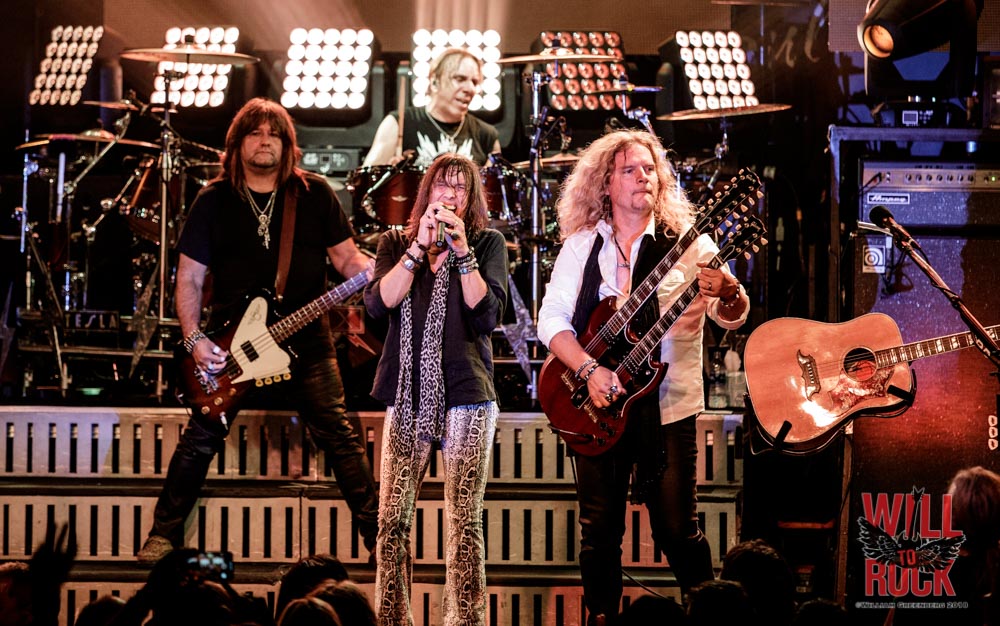 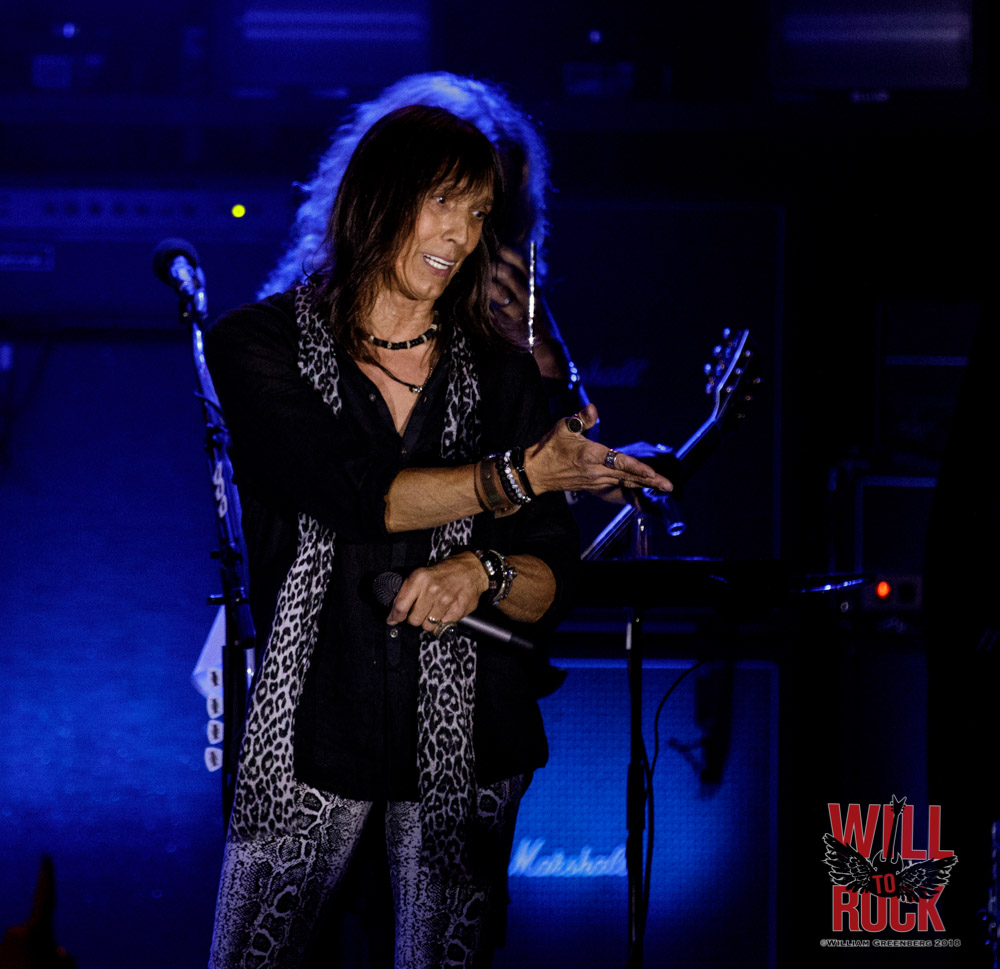 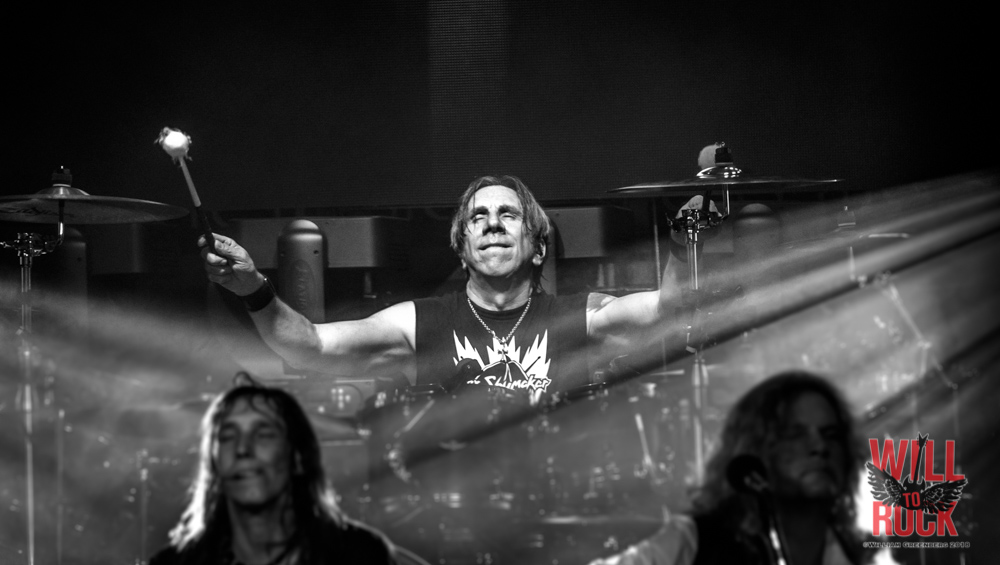 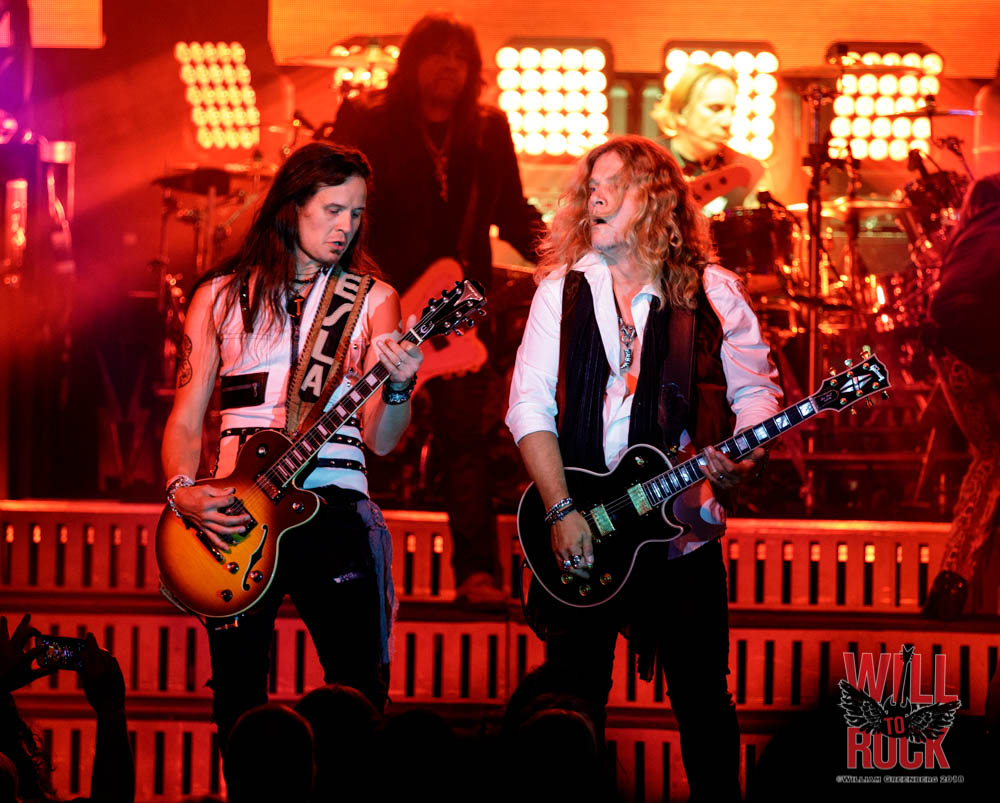 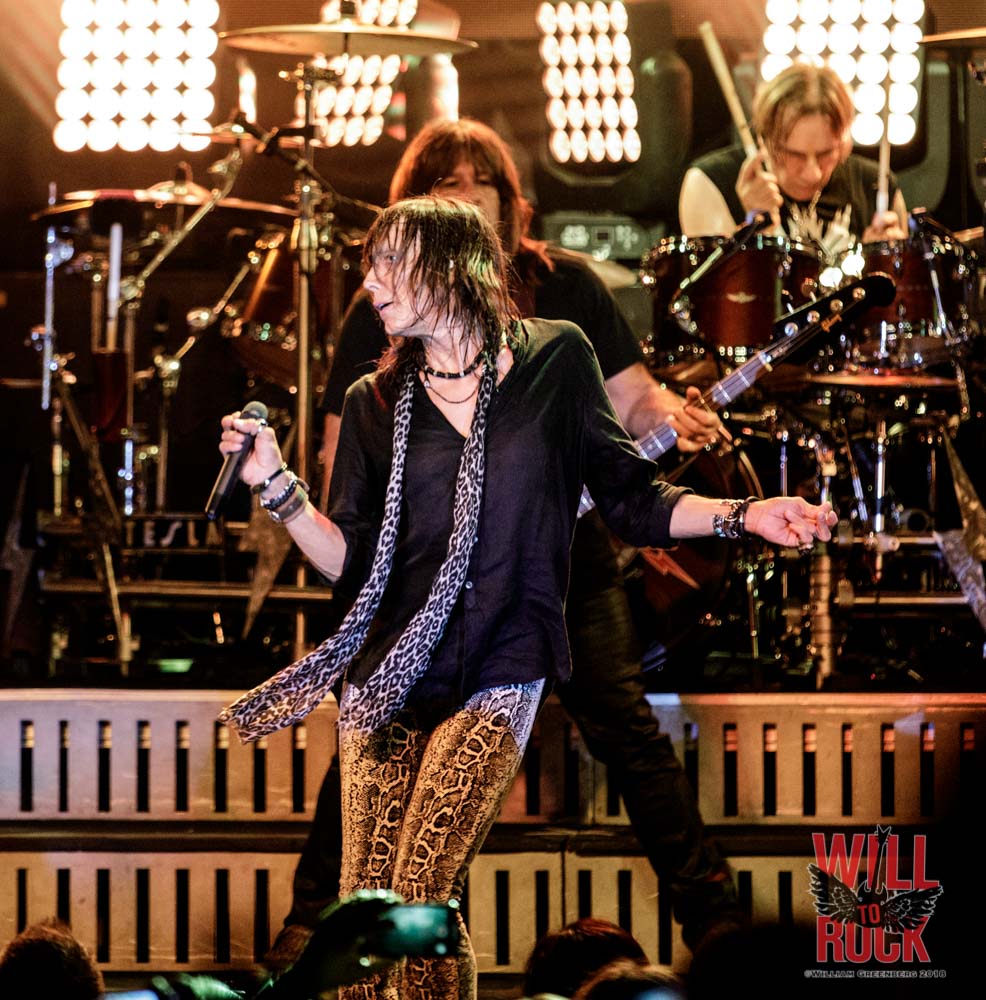 DOROTHY – The Freedom Tour! With Spirit Animal & The Damn...