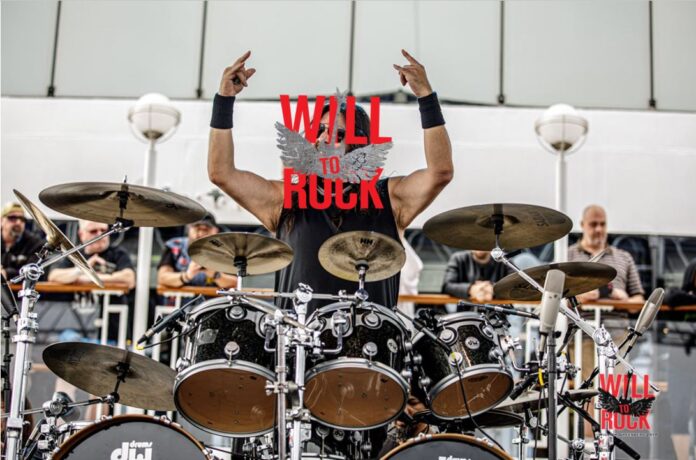 And the new drummer for Bay Area Thrasher’s Testament is…. 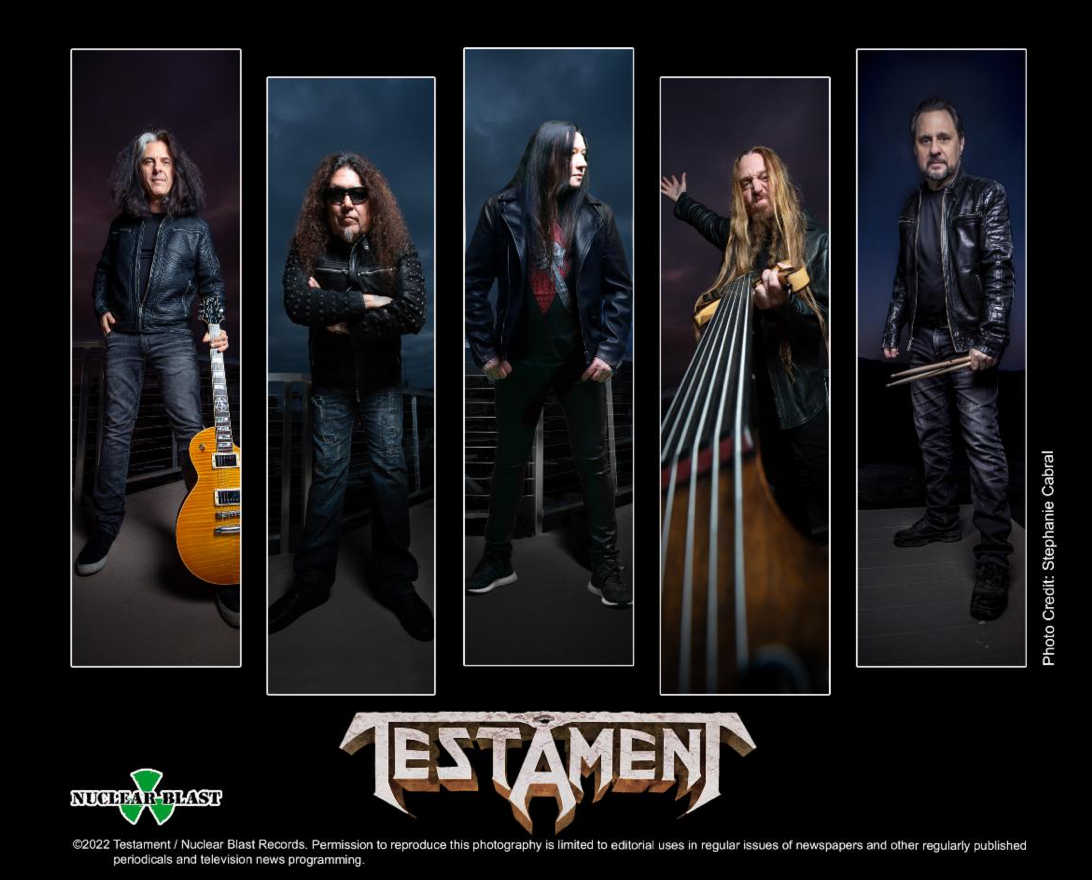 This drummer is key in making Testament’s mark in metal history. The band is very excited to welcome back one of the greatest drummers in heavy metal…Take your pick, one in one hundred, I don’t care who you have on that list, there is only one drummer who is the best, Dave Lombardo!
Chuck Billy declares“ I’ll state the obvious, We are more than overwhelmed to welcome back Dave Lombardo to play drums with Testament.  We are so excited to share the stage again with  Lombardo. Dave added immense power when he joined the band for The Gathering (release), and we are ecstatic to see what new flavor he will bring back to Testament.”
Dave Lombardo stated, “This is a long-awaited reunion that was bound to happen. Once upon a time, we created a thrash masterpiece. I have no doubt that our musical chemistry will pick up exactly where we left off. I love the Testament family and am very excited to be joining them once again. Pure brutality awaits.”
Eric Peterson expresses, “Having Dave Lombardo join us again feels like we are picking up where unfinished business had left off.  There is a silver lining to every cloud and working again with Dave calls for us to celebrate with our horns held high!”
“Testament is one of my all-time favorite bands, so to be able to amplify the news of their newest member, Dave Lombardo, and fire up the metal community is an honor bestowed upon me by the metal Gods!” says Jose “Metal Ambassador” Mangin of SiriusXM Liquid Metal
Don’t miss the most epic lineup of any metal tour this Spring,
The Bay Strikes Back Tour,
and witness Dave Lombardo’s return to Testament. 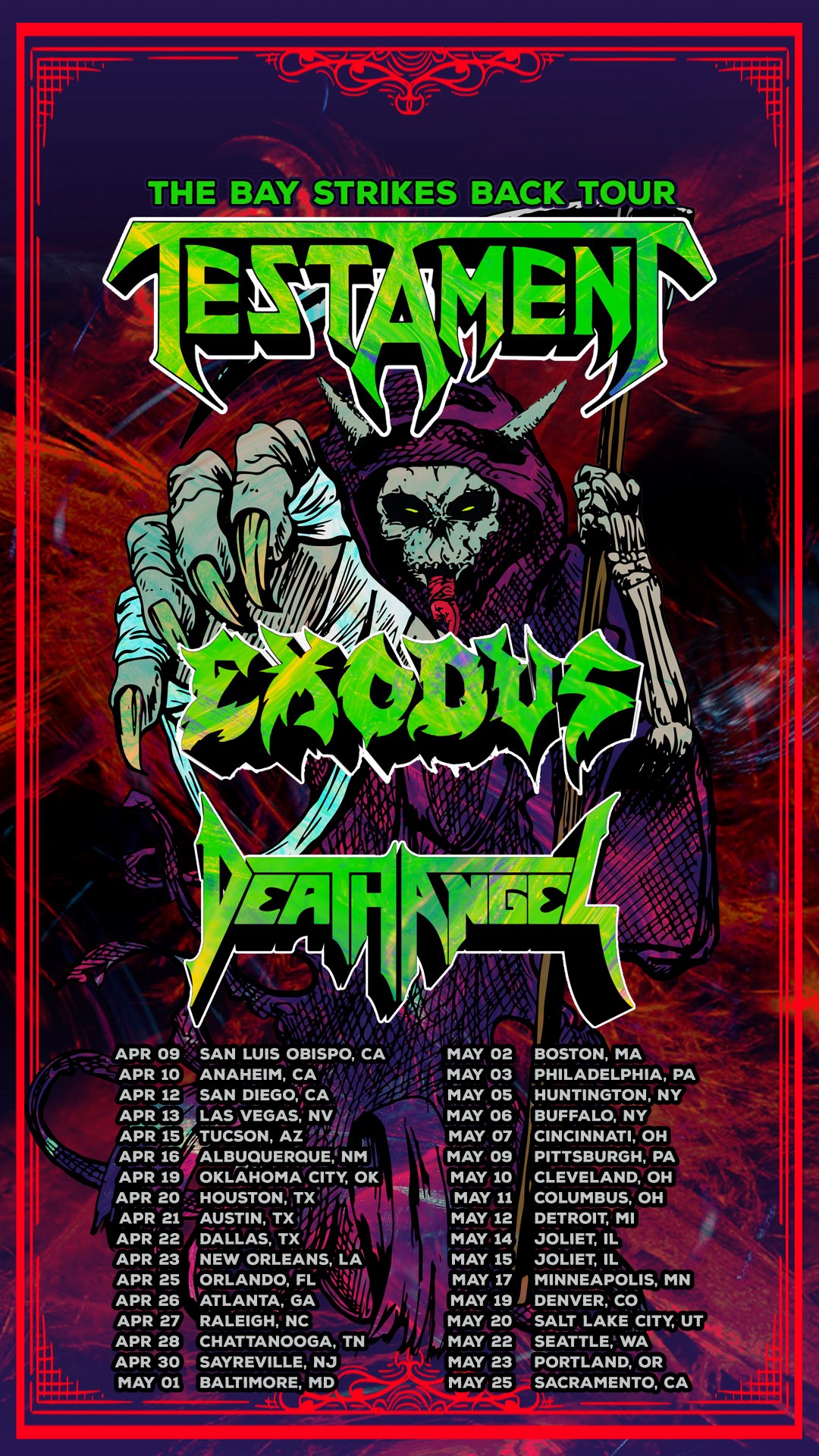