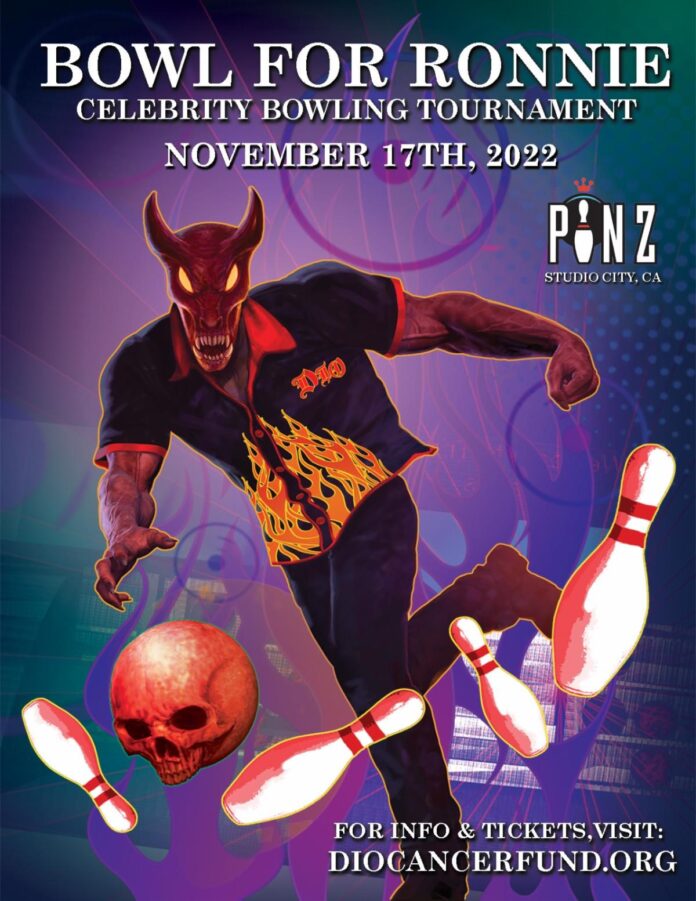 SET FOR POST-COVID RETURN ON

Will Raise Awareness and Funds for Cancer Charity

The Annual BOWL FOR RONNIE Celebrity Bowling Party, benefiting the Ronnie James Dio Stand Up and Shout Cancer Fund (www.diocancerfund.org), is set to return on Thursday, November 17, 2022 after a three-year hiatus due to the coronavirus pandemic. The event, to be held at PINZ Bowling Center in Studio City, California, will once again be hosted by television and radio personality Eddie Trunk, who is heard on SiriusXM’s Volume channel. The BOWL FOR RONNIE will feature a celebrity bowling tournament and a raffle drawing for prizes and memorabilia. The 2019 event sold out in advance and raised more than $50,000 for the cancer charity, which is now in its 13th year of raising awareness and much-needed funding for cancer research. 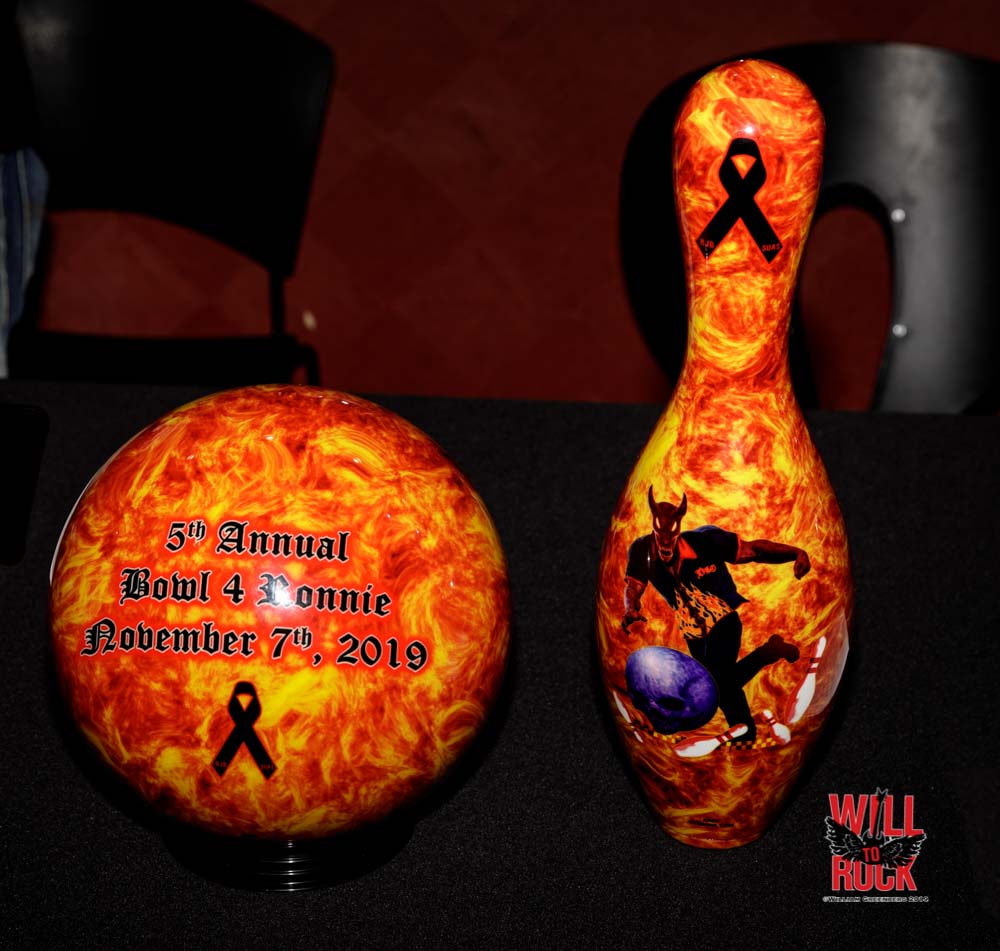 Also joining the festivities in 2019 was the #1 bowler in the world—Professional Bowling Association world champion Jason Belmonte, who bowled a ceremonial strike to open the celebrity competition and show the crowd “how it’s done. That year’s celebrity competition was the scene of fierce competition, ending with both of 2018’s top teams–captained by Eddie Trunk and Marc Ferrari respectively–defeated by a team led by Phil Buckman. This year’s celebrity bowlers will be announced shortly.

100% of the net proceeds from the BOWL FOR RONNIE will go to the Dio Cancer Fund (www.diocancerfund.org). Individual tickets and lane sponsorships are now on sale, and participants are encouraged to gather friends, family and co-workers for the ultimate bowling team. The Pinz Bowling Center is located at 12655 Ventura Blvd in Studio City, California.

Tickets are now on sale at:

WHO:     The Ronnie James Dio Stand Up and Shout Cancer Fund

WHY:      To raise funds for cancer research.

The Ronnie James Dio Stand Up and Shout Cancer Fund was formed in memory of the legendary rock singer Ronnie James Dio, who lost his life to gastric cancer in 2010.  A privately funded 501(c)(3) charity organization dedicated to cancer prevention, research and education, the Ronnie James Dio Stand Up and Shout Cancer Fund has already raised over $2 million in its history. Monies raised have been committed to the cancer research work of the T. J. Martell Foundation for Cancer, AIDS and Leukemia Research, the gastric cancer research unit of the M.D. Anderson Cancer Center in Houston, where Ronnie was treated for gastric cancer during the last six months of his life, and other cancer research projects. The Dio Cancer Fund has committed funds to support the research of Dr. David Wong and his team at the UCLA School of Dentistry in developing a simple, non-invasive saliva test for the early detection of cancer, which is in keeping with the Fund’s mission of cancer prevention, research and education.

For The Ronnie James Dio Stand Up & Shout Cancer Fund,