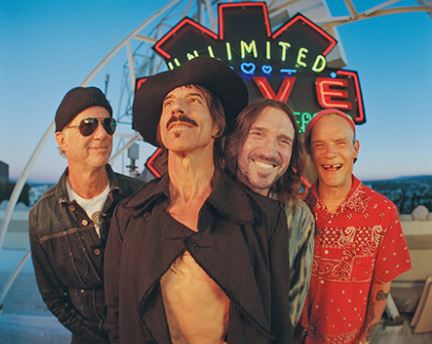 #1 ACROSS THE GLOBE, INCLUDING US, UK, IRELAND, AUSTRALIA, GERMANY, NETHERLANDS, NEW ZEALAND, SWITZERLAND, BELGIUM, FRANCE AND BEYOND 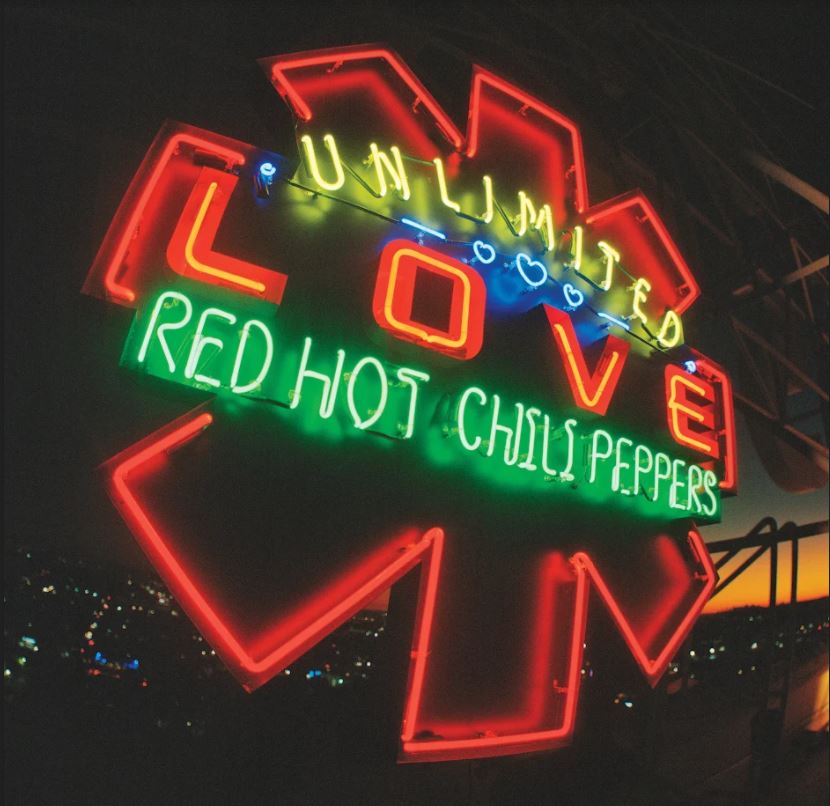 April 10, 2022 (Los Angeles, CA) —Skyrocketing to #1 worldwide, Red Hot Chili Peppers have delivered the Biggest Rock Album in the World with their twelfth full-length offering, Unlimited Love [Warner Records]. It notably bowed at #1 on the Billboard 200, marking the group’s second #1 debut on the chart and first since 2006’s classic Stadium Arcadium. This success has translated across the globe as well. It notably arrived at #1 in  the UK, Ireland, Australia, France, Germany, New Zealand, Switzerland, Netherlands, Belgium, and beyond. In the UK, it stands out as their fifth career #1 in the country. With 125 million-plus streams, it already emerges as the #1 Rock Album of 2022!

The album has incited some of the most enthusiastic applause of the band’s storied career thus far. Rolling Stone mused, “More than anything, this record feels like a coming home. There’s a certain magic that happens with these four musicians.” Variety hailed it for “some of the most memorable melodies of its long career.” NME raved, “Reunited with guitar wizard John Frusciante, the band channel the best moments from their heyday to prove there’s plenty more gas in the tank.” Guitar.com promised, “the California quartet have rediscovered a dynamism that exceeds that of bands half their age,” and Pitchfork noted “everything still plays to their strengths.” Perhaps, Consequence of Sound put it best, “Throughout Unlimited Love, you can still hear their enthusiasm breathing life into these tracks: when Flea, Frusciante, and Smith really lock in on a groove, they’re indestructible.”

The band celebrated release day with never-before-attempted simultaneous performances on BOTH The Tonight Show Starring Jimmy Fallon (“Black Summer”) and Jimmy Kimmel Live! (“These Are The Ways”). They capped that night off with a rapturous show at the Fonda Theatre in Hollywood, debuting music from Unlimited Love for the first time, serving as Frusciante’s first public gig with his bandmates since 2007, and capping it all off with a duet with George Clinton on “Give It Away.” Last week, they also performed and appeared on The Howard Stern Show (SiriusXM – channel 100).

Red Hot Chili Peppers paved the way for Unlimited Love with a myriad of memorable moments. The band received a star on the Hollywood Walk of Fame, literally carving out a place for them on the streets and shutting down Hollywood Blvd in the process. Friends such as George Clinton and Woody Harrelson attended to show support. Additionally, the group graced the cover of the Los Angeles Times Calendar—HERE. The quartet revealed their own SiriusXM channel channel “Whole Lotta Red Hot” on ch. 315. Bassist Flea stopped by Marc Maron’s WTF with Marc Maron podcast for a wide-ranging and fascinating interview about everything from his personal journey to the new album—listen HERE.

Additionally, Flea is on the Cover of Bass Magazine—HERE, Chad Smith is on the Cover of Modern Drummerand John Frusciante graces the Cover of Guitar World and Total Guitar.  They also recorded 4 episodes of producer Rick Rubin’s Broken Record podcast, and the first episode debuted—HERE. Plus, the guys took over NPR’s “All Things Considered” on release day —HERE.

Unlimited Love notably marks their first recording with guitarist John Frusciante since 2006 and first with producer and longtime collaborator Rick Rubin since 2011. It resumes a three-decade partnership with Rubin [Johnny Cash, Adele]. Their creative collaboration spans legendary albums, including the diamond-selling Blood Sugar Sex Magik [1991], Californication [1999], By The Way [2002], and Stadium Arcadium [2006].

The interplay between the band borders on intergalactic once again—yet elevated to another stratosphere altogether. Unlimited Love represents the united spirit of four individual souls still fearlessly exploring the future of their eternal friendship and musical congregation.

This summer, Red Hot Chili Peppers will launch their first tour in support of Unlimited Love. They’ve invited a dynamic cohort of guests along for the ride at select dates, including Anderson.Paak & The Free Nationals, A$AP Rocky, Beck, HAIM, King Princess, St. Vincent, The Strokes, and Thundercat. Check out the full confirmed itinerary and purchase tickets HERE.

The summer of Unlimited Love is underway now…

9.These Are The Ways

Our only goal is to get lost in the music. We (John, Anthony, Chad and Flea) spent thousands of hours, collectively and individually, honing our craft and showing up for one another, to make the best album we could. Our antennae attuned to the divine cosmos, we were just so damn grateful for the opportunity to be in a room together, and, once again, try to get better. Days, weeks and months spent listening to each other, composing, jamming freely, and arranging the fruit of those jams with great care and purpose. The sounds, rhythms, vibrations, words and melodies had us enrapt.

We yearn to shine a light in the world, to uplift, connect, and bring people together. Each of the songs on our new album UNLIMITED LOVE, is a facet of us, reflecting our view of the universe.This is our life’s mission. We work, focus, and prepare, so that when the biggest wave comes, we are ready to ride it. The ocean has gifted us a mighty wave and this record is the ride that is the sum of our lives. Thank you for listening, we hope you enjoy it.