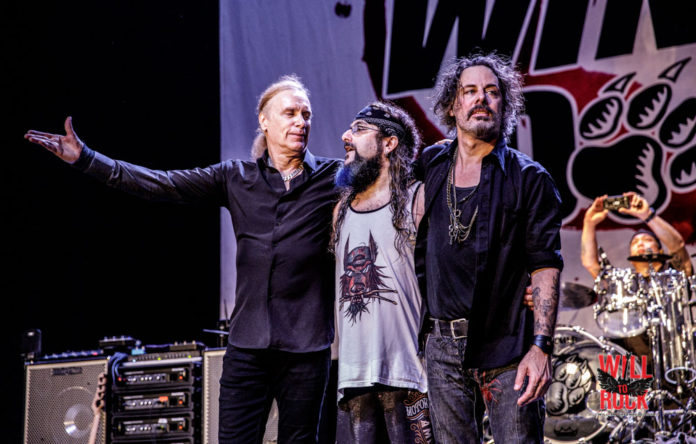 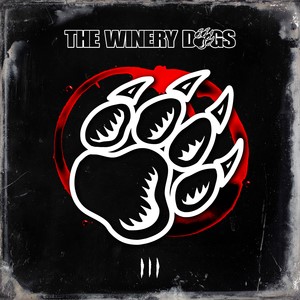 It’s been, well, a literal dog’s age since the vibrant powerhouse trio known as THE WINERY DOGS–RICHIE KOTZEN, MIKE PORTNOY, and BILLY SHEEHAN–marked their recording territory with new music. But now, following a seven-year break from the studio, THE WINERY DOGS are back in full force with their aptly named third album III, which is set for release on February 3, 2023 on the band’s Three Dog Music label (via Burnside Distribution/The Orchard). Following in the footsteps of their first two albums, III was once again self-produced by The Winery Dogs and mixed by longtime band associate Jay Ruston.

Pre-orders will be available starting Friday, December 9 on CD and all digital formats, which include an instant download of the album’s first song to be released, “Xanadu.” A vinyl edition of III will also be forthcoming in just a few months. 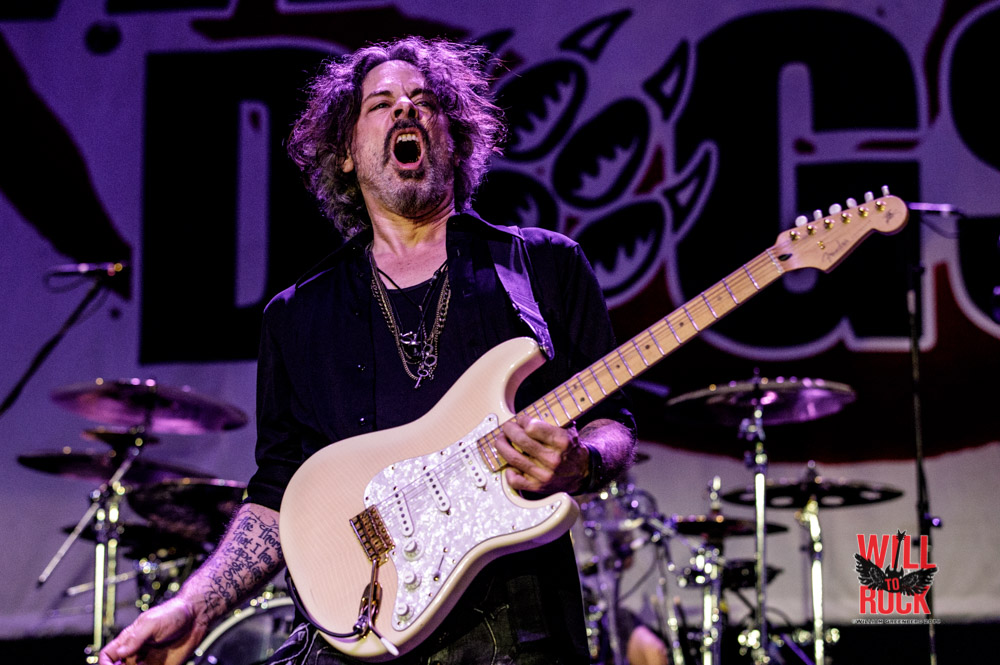 While the all-out smokin’ opening track and lead single “Xanadu,” title might evoke different imagery in more progressive-leaning listening circles, KOTZEN’s zen-seeking, hard-rocking ruminations on “Xanadu” once again shine a light on the eternal power of good collaboration. “Coming out of the gates, that’s a barnburner,” acknowledges PORTNOY. “It’s one of the fiercest tracks on the album.” Incidentally, eagle ears will also delight in picking up on how definitively PORTNOY drops his drumsticks right as the song concludes. “At the end there, you’re hearing me toss my sticks — not in frustration, but very much in satisfaction of what we had just done,” he clarifies with a laugh.

In addition to the new music, fans will also be excited to hear that the trio is hitting the worldwide concert trail starting February 15 in Greensburg, PA at the Palace Theatre for their “202III World Tour.” Ticket and VIP package info can be found on the band’s official website.

From the clarion call for connection and societal understanding in “Mad World” to the door-opening personal realizations of “Breakthrough” to the undeniable muscle-flexing reign of the white-hot “Pharaoh” and the album-closing energy spillage of “The Red Wine,” all 50-plus minutes of III prove THE WINERY DOGS haven’t lost a step when it comes to conjuring fresh hooks, gutbucket grooves, and bold harmonies. 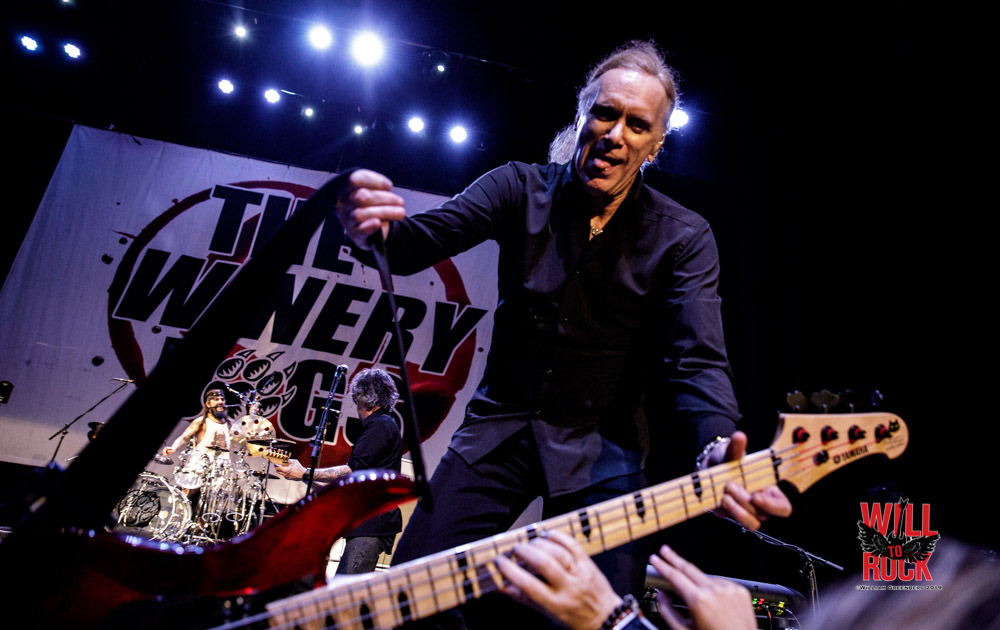 That said, it’s been a long road back to the collective compound for guitarist/vocalist RICHIE KOTZEN, bassist/vocalist BILLY SHEEHAN, and drummer/vocalist MIKE PORTNOY. Back in 2015-16, they hit the road hard together to showcase their mettle as hardcore (you guessed it) road dogs in order to build upon the success of their well-received 2015 sophomore studio effort, HOT STREAK, by touring all across the globe. Eventually, the seasoned trio returned to their respective corners to focus on various other projects for the ensuing next few years. But when that live itch needed another scratching, these three working musicians knew just what they had to do.

“We wanted to tour,” KOTZEN confirms succinctly of The Winery Dogs’ 22-date run in early 2019 that was appropriately dubbed “Who Let The Dogs Out,” before adding, “We had to get those cylinders firing together once again.” Concurs PORTNOY, “That was a fun little tour that reignited our enthusiasm — and that’s also when we knew a third album was definitely in the cards.” Adds SHEEHAN, “Getting back together like that was really refreshing. We could relax a bit and enjoy being together onstage, playing without any pressure. It was a beautiful thing.”

Duly reinvigorated, THE WINERY DOGS were finally aligned to record again by initially ensconcing themselves together in KOTZEN’s intimate, cozy home studio in Southern California to jam on new material that was mainly created in the moment during many hours of face-to-face musical interaction. Always the driven and intuitive songwriter, KOTZEN displays a definitive M.O. whenever he’s working out new songs in the studio by scatting melodies and putting forth short bursts of semi-improvised lines and phrases that will soon enough transform into sharply honed subject matter. “My attitude is this:  when I’m in the studio creating new music, the last thing on my mind is, ‘How am I gonna do it live?’” KOTZEN admits. “The reality is, I may never get to where I’ll do it live. What’s relevant is getting the vision that’s in my head, in my heart, and in my soul to come out of the speakers. If it gets to the point where the tour is booked, the dates are confirmed, and we all get back in the rehearsal room together, that’s when you figure out, ‘OK, how do I interpret this in a way it can be delivered live, and still be the same song?’” 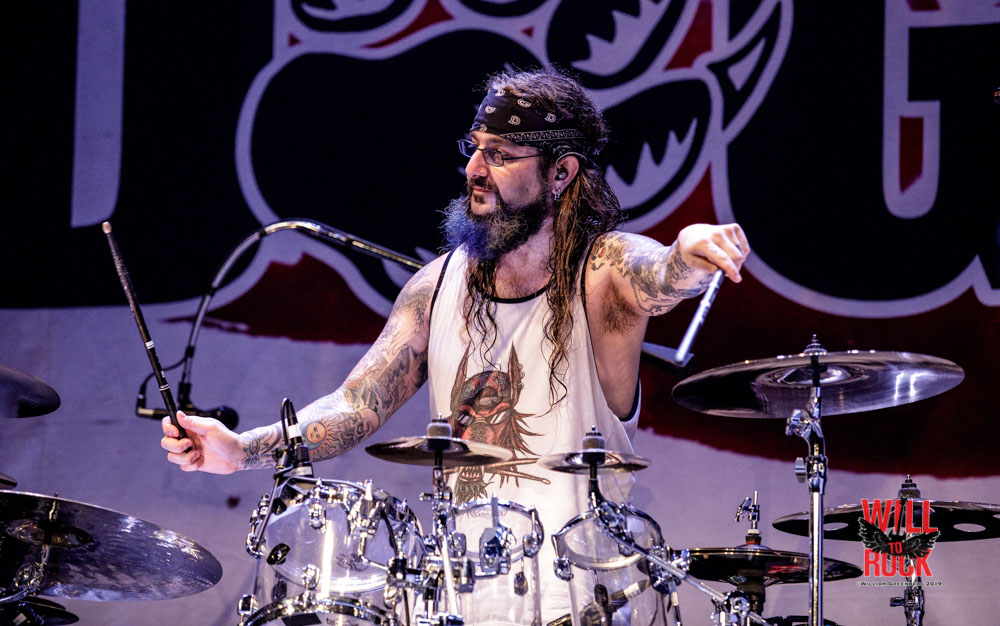 III is the follow-up to the band’s critically acclaimed and Billboard-charting album, HOT STREAK, which was released October 2, 2015 on Loud & Proud Records via RED (a division of Sony Music Entertainment). After landing in the Top Five on many of Amazon’s pre-order charts, including #1 on the Amazon BestSellers/Hard Rock chart and #1 on the Amazon Pre-Orders/Hard Rock Albums charts, it sold 30% more than their 2013 self-titled debut, landing them on various Billboard album charts including #2 on “Top Current Alternative Albums,” #5 on “Top Current Hard Music” and “Top Hard Music Albums,” #6 on “Top Current Rock Albums” and “Album Core / Genre Rock,” #15 “Top Current Physical Albums,” #16 “Top Current Albums,” and  #30 on the “Top 200 Albums” chart.

Upon its release, HOT STREAK racked up rave reviews. Allmusic.com hailed, “HOT STREAK is the trio’s second album, and its loose, friendly feel shows that the trio doesn’t feel compelled to rely on instrumental pyrotechnics. The bluesy, soulful ‘Think it Over’ would appeal to those who admire the Allman Brothers, while ‘Captain Love’ shows that the band also has some hard rock energy to unleash, and the title track lets fly some of the technical proficiency that its members are known for.” And GuitarInternational.com praised, “HOT STREAK picks up where their debut CD left off, but showcases the band coming into their own with straight-ahead rockers like ‘Oblivion,’ ‘Captain Love,’ and ‘Devil You Know.’” 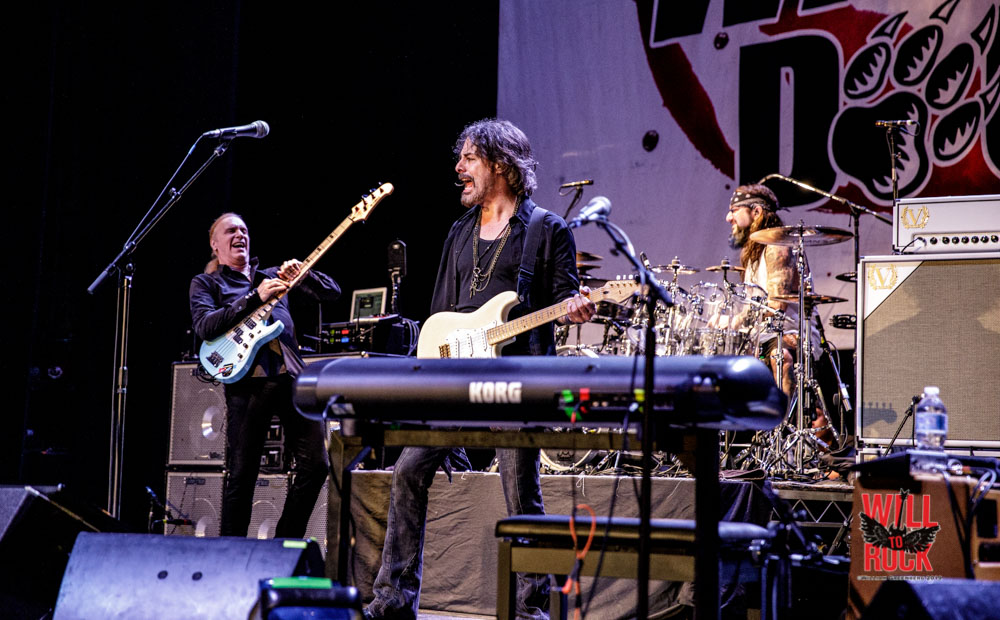 Check out THE WINERY DOGS at any of the following tour stops, with more to be announced in the coming weeks and posted on the band’s website and social media pages: 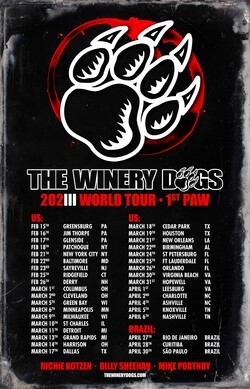