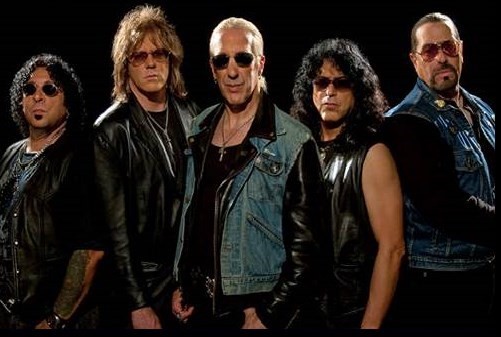 TO BE INDUCTED INTO METAL HALL OF FAME

Gala To Feature Performances, Meet & Greet, And All Star Jams

The event will include numerous performances, surprise artist appearances, a Meet & Greet, and All Star Jams. It will be hosted by radio/television music Icon Eddie Trunk, with entertainment personality Cathy Rankin.

The 6th Annual Metal Hall of Fame Gala, “The most important night in Hard Rock and Heavy Metal“ will take place January 26, 2023, at the Canyon Club, Agoura

“The 6th Annual Metal Hall of Fame Charity Gala is going to be an amazing event as always,” says Metal Hall of Fame CEO Pat Gesualdo. “There will be numerous Legendary Hard Rock and Heavy Metal artist Inductions, and many exciting surprises and performances!!”

“Twisted Sister is honored to be recognized by the Metal Hall of Fame and have our names alongside many of our peers,” says Jay Jay French.

The 6th Annual Metal Hall of Fame Gala is presented by ROCAVAKA – The Vaka That Rocks!

About The Metal Hall of Fame

The Metal Hall of Fame is a non-profit organization that enshrines forever, those Iconic musicians, artists, music industry executives who are responsible for making Hard Rock and Heavy Metal music what it is today. Their contribution to the genre is invaluable, and they keep inspiring fans throughout the world, from generation to generation.

Blade Record’s 35th Anniversary. Having Steve Vai, Joe Satriani, Geoff Tate, Chris Poland, and Bjorn Englen perform in the most historic metal performance of all time. Having Paul Stanley Induct Doc McGhee. Having Brian May of Queen Induct Joe Satriani. These are just some of the Legendary memories that we are honored to have shared with Rock and Heavy Metal fans throughout the world.

100% of the proceeds from our events goes to helping preserve Hard Rock and Heavy Metal for future generations, and our events also bring free music programs to help special needs children in hospitals and community centers. For more information, please contact 973-263-0420.

Don Dokken & Freddy Krueger and others appear in New Gibson...