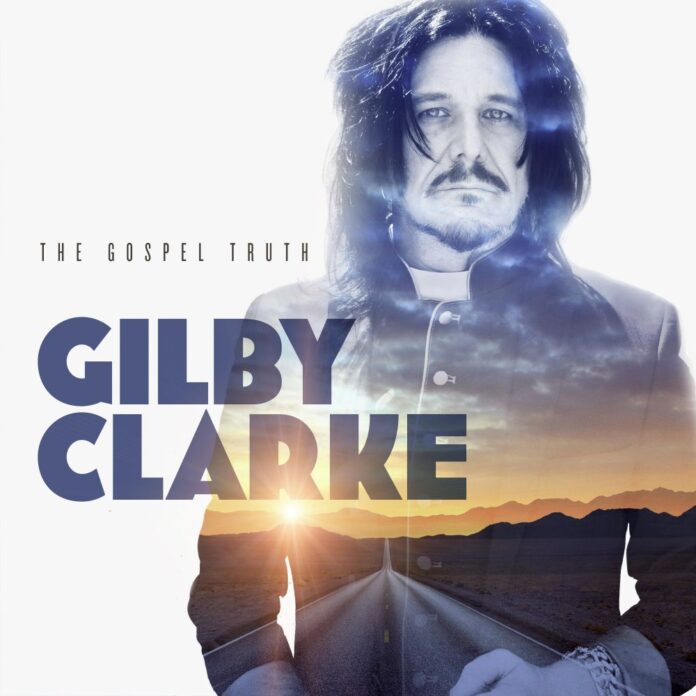 Although several solo albums in, this is the first one from Gilby Clarke in almost twenty years. This, apparently was not intentional, just time flying by when you’re having fun…like playing in Matt Sorum’s supergroup Kings of Chaos at private parties for the super rich, making motorcycles, and in general…having a life.

Kicking off with the title track it reminds me of Guns N Roses in a good way with dramatic guitar riffs and a healthy dose of attitude and detachment from what passes for mainstream society these days.

‘Wayfarer’ is more 70s and laid back in feel. It’s so cool sounding you barely notice it getting a grip on your subconscious with its subtle hooks. ‘Wise Old Timer’ also has a sleight of hand chorus which you may not notice at first, but is so well crafted your brain cannot resist.

‘Tightwad’ featuring Nikki Sixx on bass is punkier and full of alternative energy. ‘Rock N Roll Is Getting Louder’ has a more Stonesy swagger – I can actually imagine Mick Jagger singing it while poking the air with his hand on his hip. ‘Violation’ with its honky tonk piano continues this vibe.

‘The Ending’ has a bit of a Foo Fighters feel while retaining a traditional heart.  While ‘Dangerous Sin’ has a Nirvana-ish, slightly catatonic feel to the vocals. The guitar is firmly and thankfully pre-grunge.

‘Rusted and Busted’ reminds me a little more of 90s skater rock with its catchy chorus and stomp-along beat. ‘She Won’t Fight Fair’ references earlier pop influences from the sixties and seventies with its vocal harmonies, but has a truly GNR style solo.

Seemingly effortless, this album plays like silk with a switchblade beneath. Seductively easy to listen to…be warned, you will get bitten, but by then you will be offering your hand saying “do your worst!”,