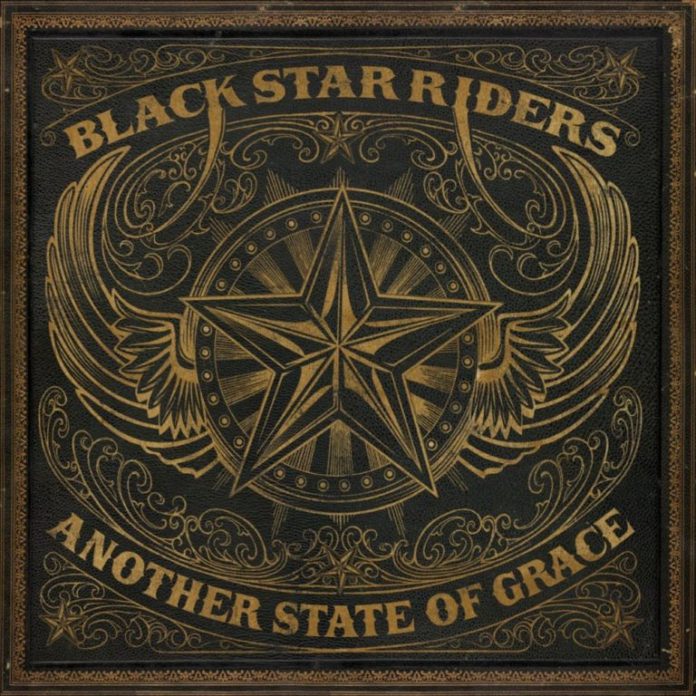 “Another State Of Grace” is the fourth Black Star Riders album and the first with new members Chad Szeliga (Drums) and Christian Martucci (Guitar). Core members guitarist Scott Gorham and vocalist Ricky Warwick remain with Robbie Crane still on bass. It’s ten original tracks on most versions, although there’s an eleventh ‘Candidate for Heartbreak’on the limited edition box set which we did not receive for review. It’s another excellent release which we would, of course, expect from these consummate professionals.

Opener ‘Tonight The Moonlight Let Me Down’ is most remarkable for its smooth as silk vocal melody, while the guitars take more of a back seat, although there’s a bit of a surprise saxophone in there supplied by none other than Hanoi Rock’s, Michael (not Mike) Monroe.

‘Another State of Grace’ is a more familiar Lizzy vibe with it’s Irish rollicking pace and more Lynott style vocals. It’s punctuating ‘heys’ simply inviting a fist pump at every turn. ‘If it Ain’t the end of the World’ has a lot of Lizzy style guitar: it’s another high energy number, how do these guys keep it up…?! But we are very glad they do! ‘Soldier in the Ghetto’ and ‘Poisoned Heart’ still have recognizable Lizzy elements but a gentler groove.

‘Underneath the Afterglow’ has a different sound, less Lizzy, more of a new direction with a 70s feel.  ‘Why Do You Love Your Guns?’ reminds there’s more to Warwick than the noble task of keeping the Lynott flame alive and is an authentic song of hope with the guitar bringing soulful blues without the harmonies… simple but effective, an authentic personal song from his heart. ‘Standing In the Line of Fire’ is more Almighty like straightforward hard rock although the backing vocals add a little more. ‘In the Shadow of the War Machine’ and  ‘What Will It Take?’ is a little closer to Warwick’s solo work with a feisty female vocal bringing yet another accent. 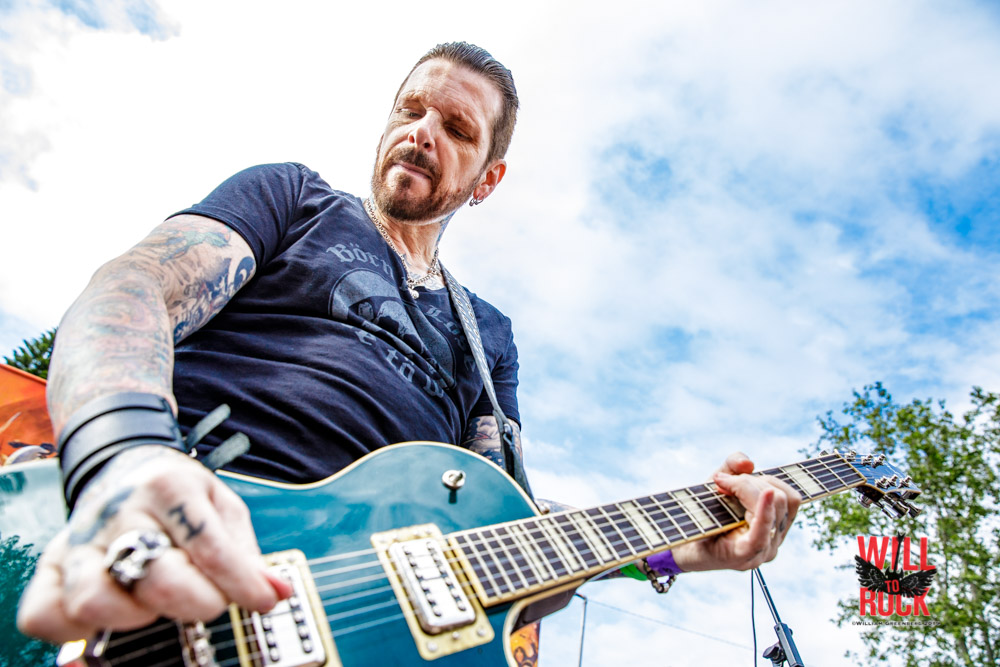 Black Star Riders records never disappoint and these hard working guys deliver once again, keeping their Lizzy fans happy while not being afraid to take them somewhere new. It marks a slightly new phase where Warwick appears to be asserting himself more to influence the sound especially in the later stages of the record.

Another State Of Grace releases on September 6th.