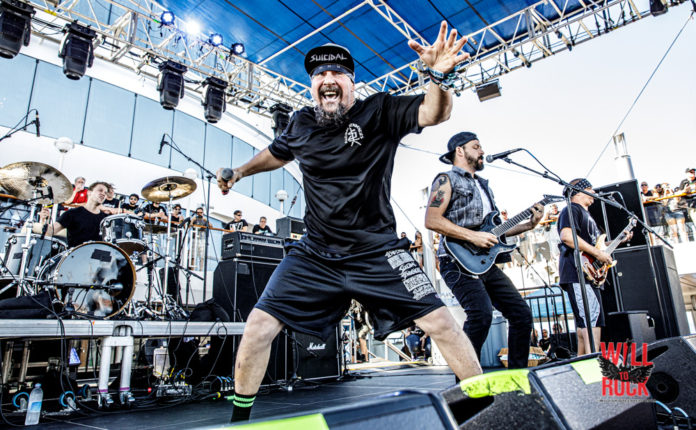 THIS was show that I didn’t know I was waiting for!  Yes, I wanted to see Suicidal Tendencies…  Yes, I’ve seen them before…  But No..  I didn’t expect this level of intensity and energy from them. 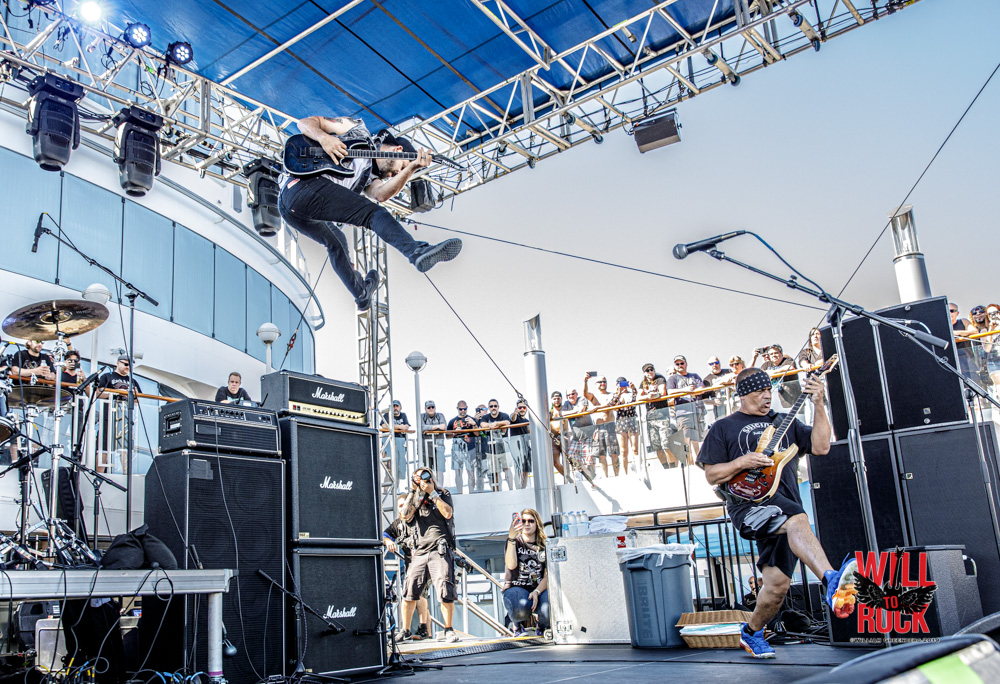 Suicidal hit the stage like a fist hitting a face.  It was like every member had lost control of their bodies and they were just going where the energy took them. Ra Diaz (bass) and Ben Weinman (guitar) bounced around the stage kicking at the air, bouncing off one another and jumping off whatever or whoever was closest to them.  Guitarist Dean Pleasants stood stage left, swaying and prowling over the crowd while chugging out riff after riff.  Drummer, Billy Rymer (Dillinger Escape Plan) was who was sitting in for current ST drummer, Dave Lombardo, bashed out the beats like an epileptic octopus. 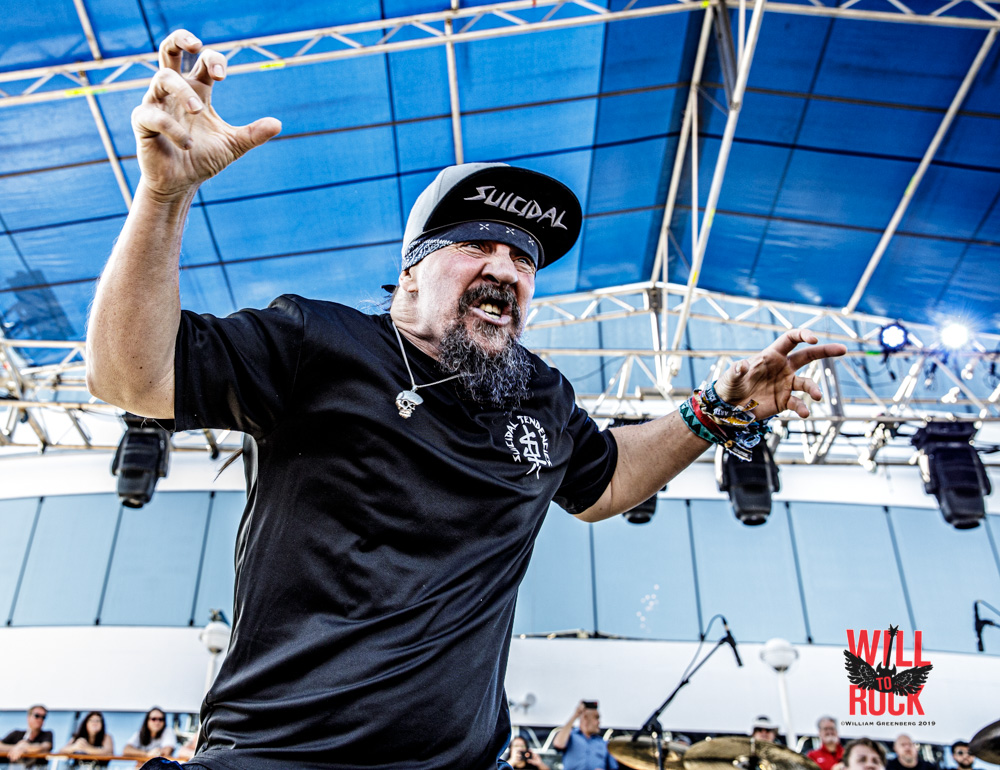 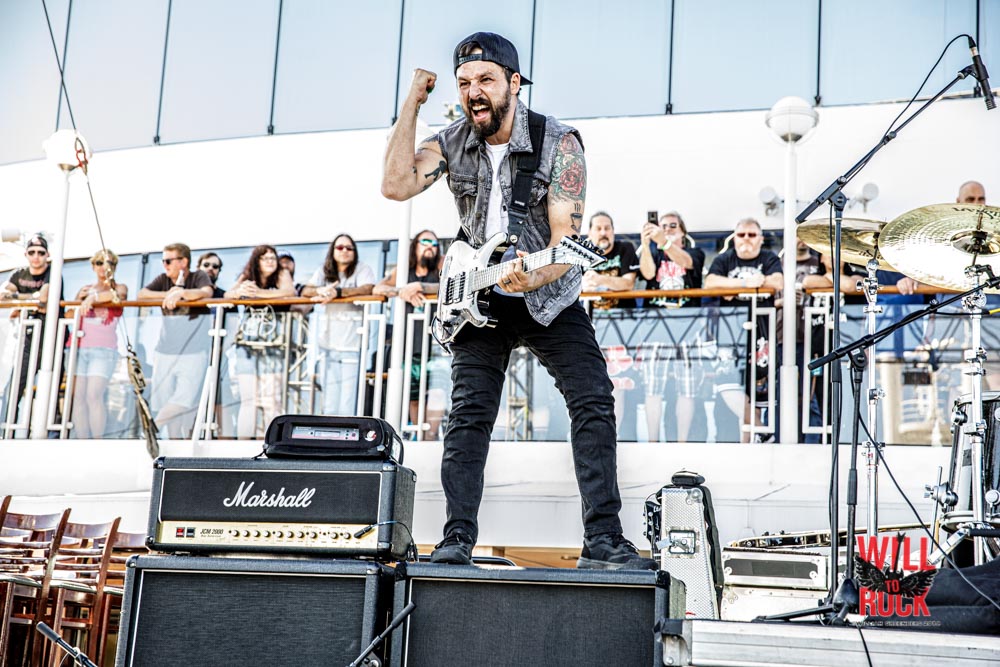 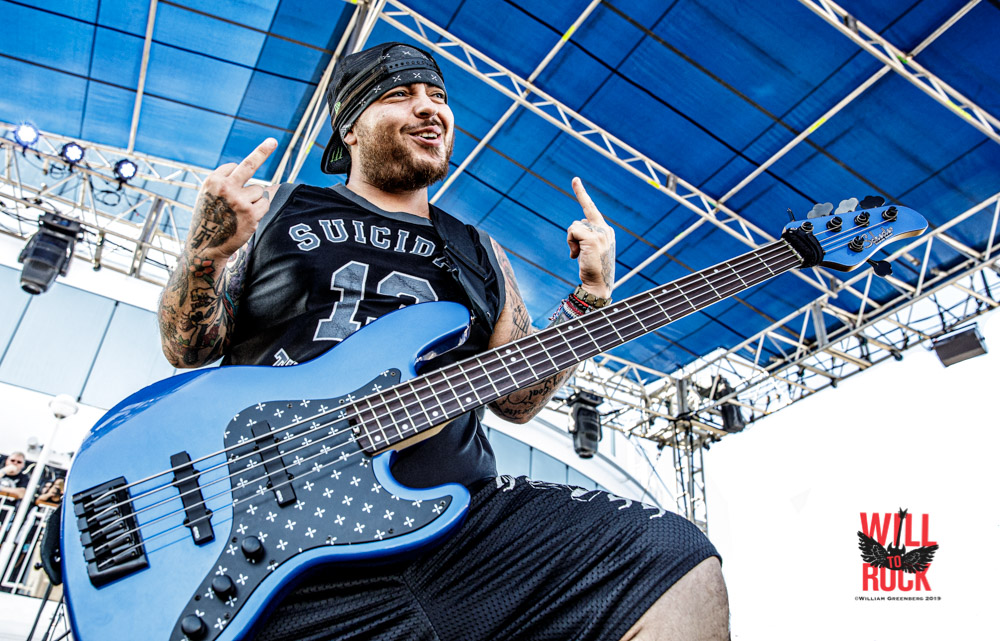 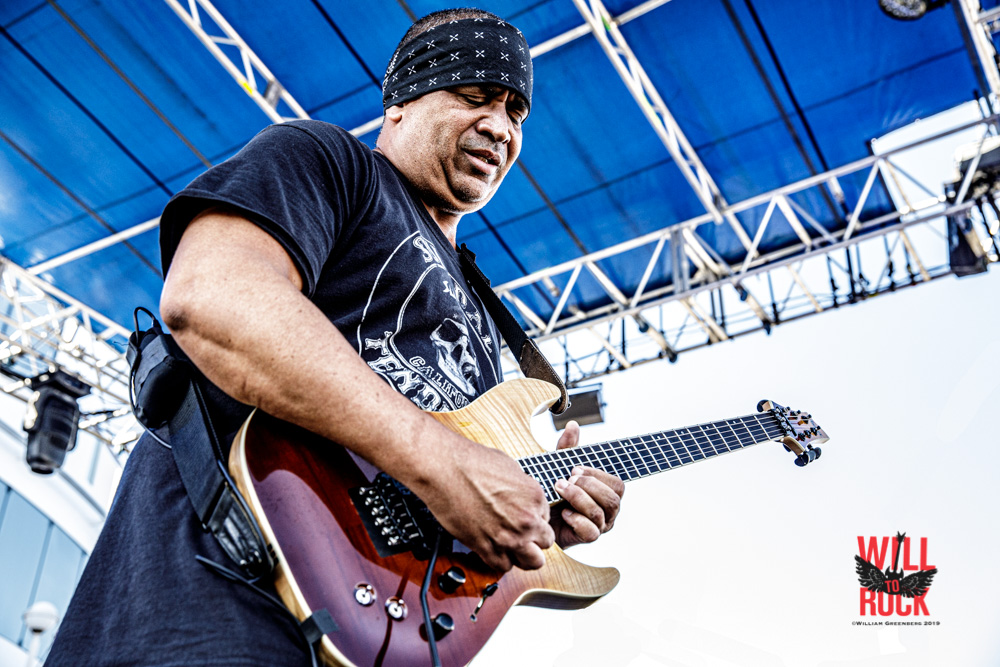 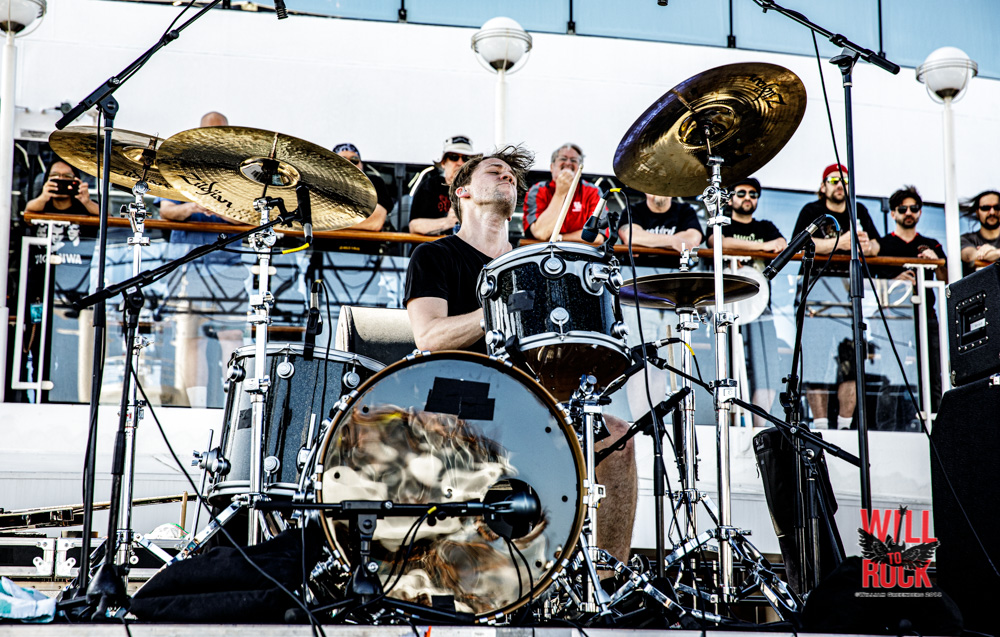 And then there was “Cyco Miko“…  Mike Muir!  The only OG of the band, and he was a man possessed. Darting around the stage like he wanted to throttle someone… if you told me Mike may have been getting electro-shock therapy treatment during the show, I couldn’t have argued with you.  He was all over the stage, proving that it isn’t only a young man’s game.  He was on the speakers at the front of the stage, standing on the barricades while the fans were holding him up, and eventually into the crowd (giving the security guards fits). 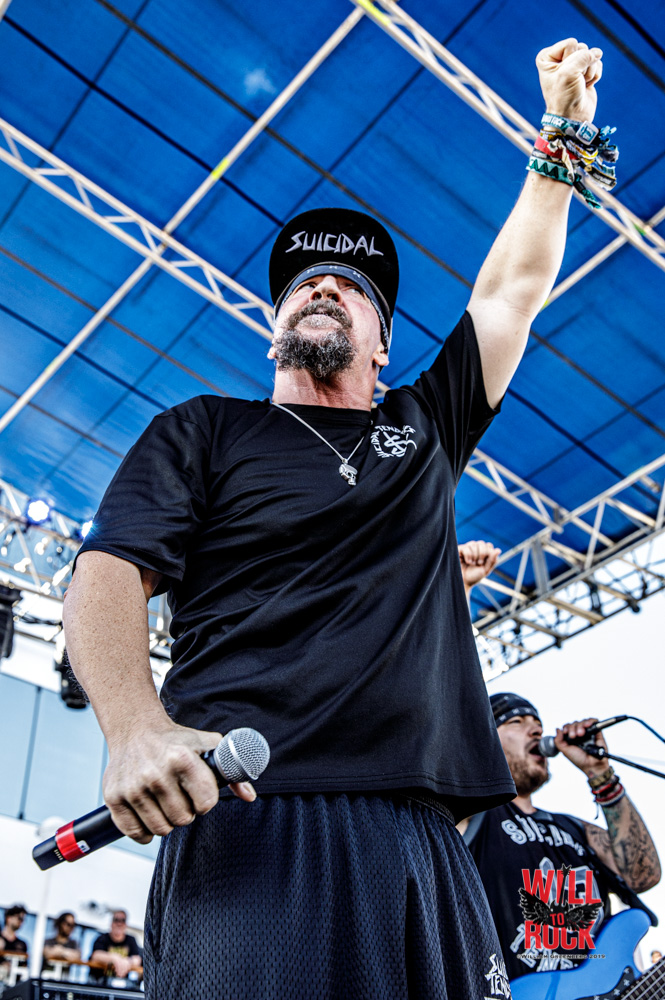 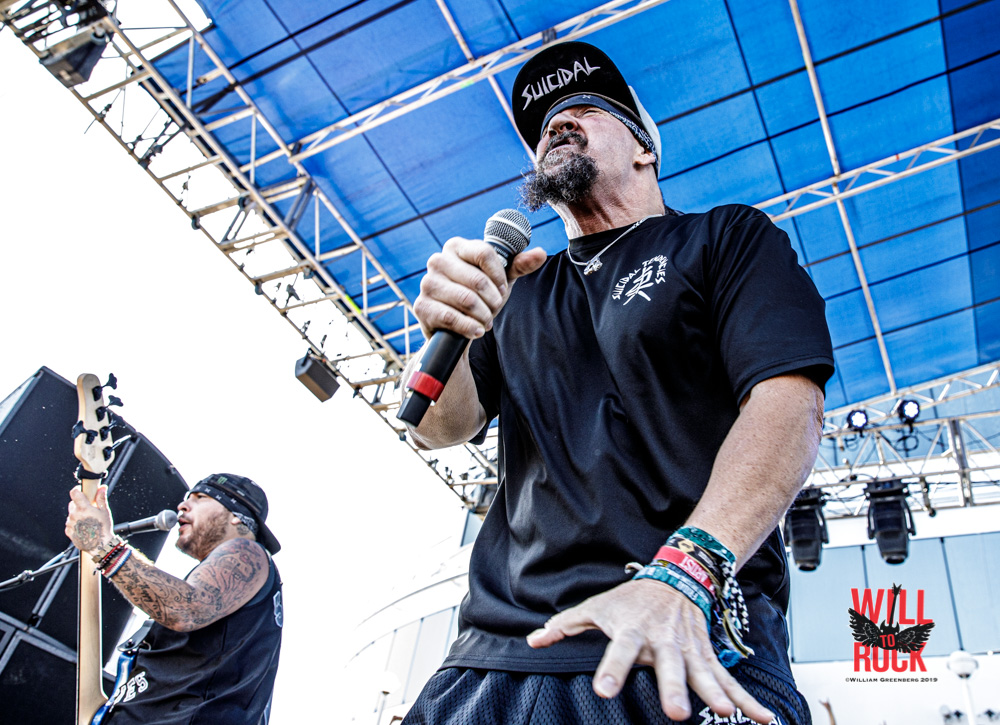 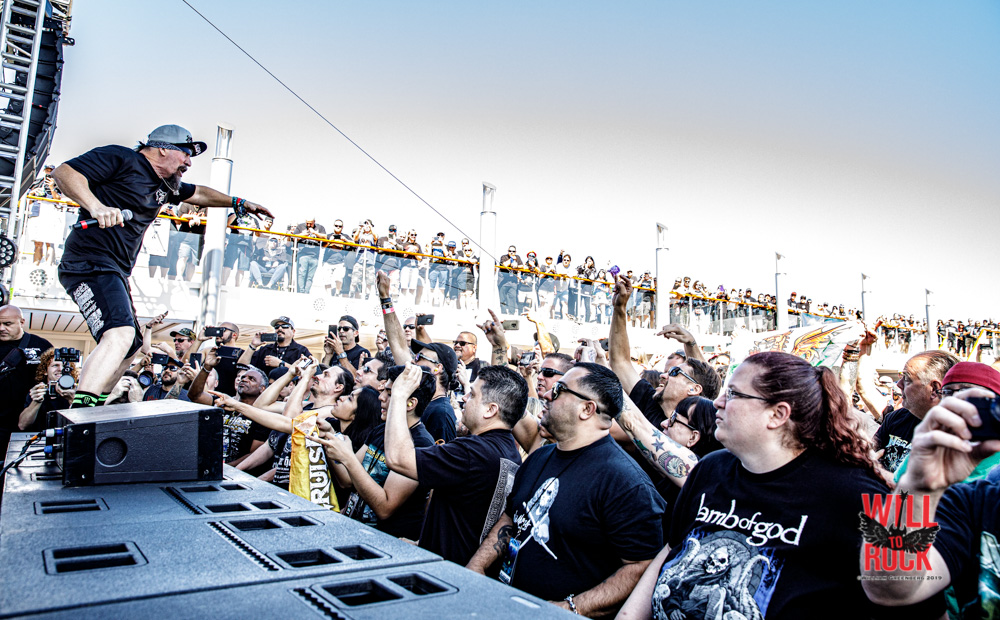 My eyes hurt from trying to figure out where it was I was meant to focus at any given time.  The reality is, there is no one point of focus. Just pick a dude to watch for a few seconds and move on…  Suicidal Tendencies were a living, breathing tilt-a-whirl. 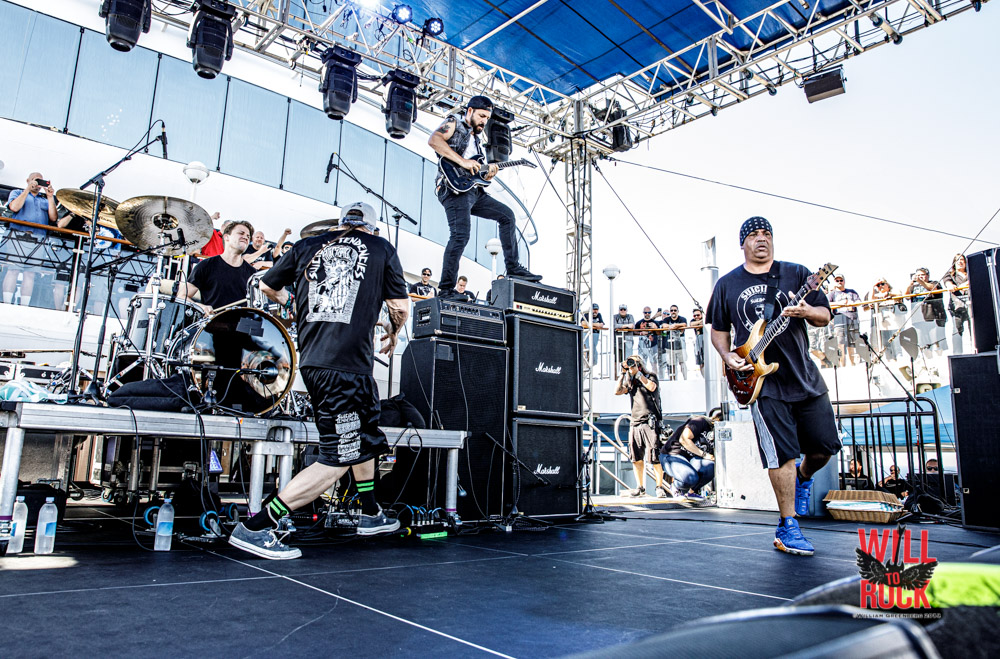 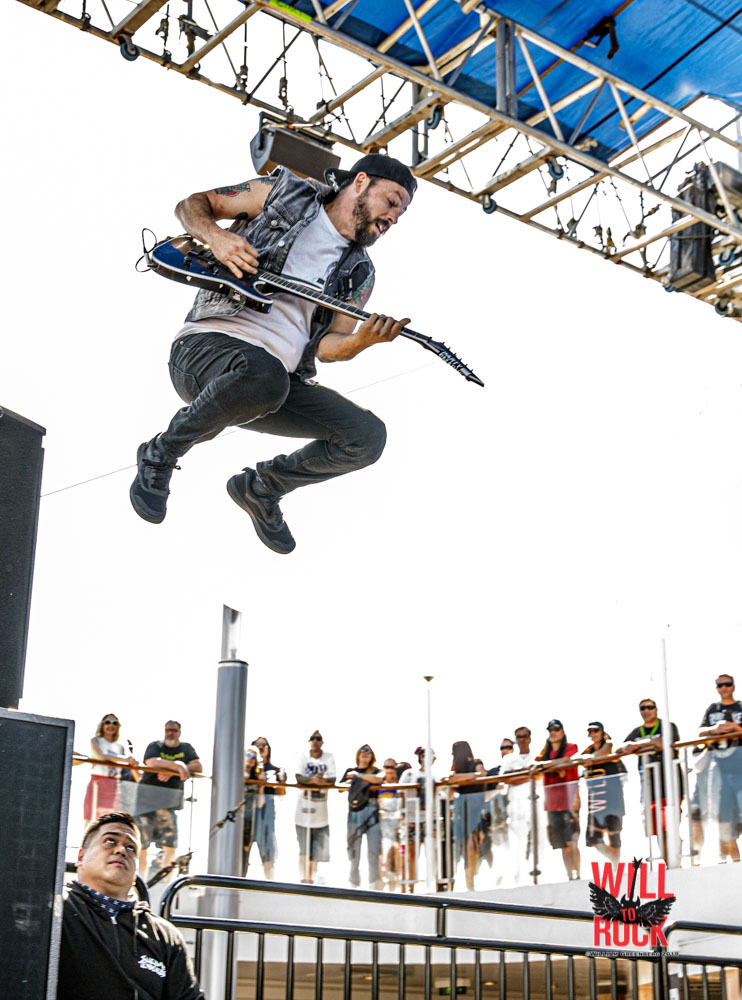 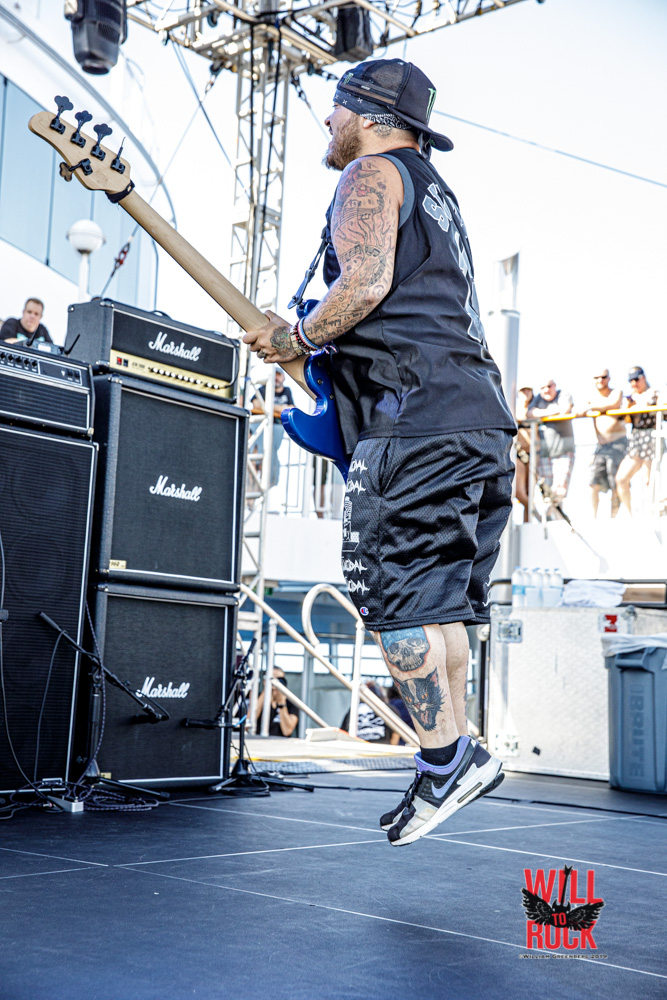 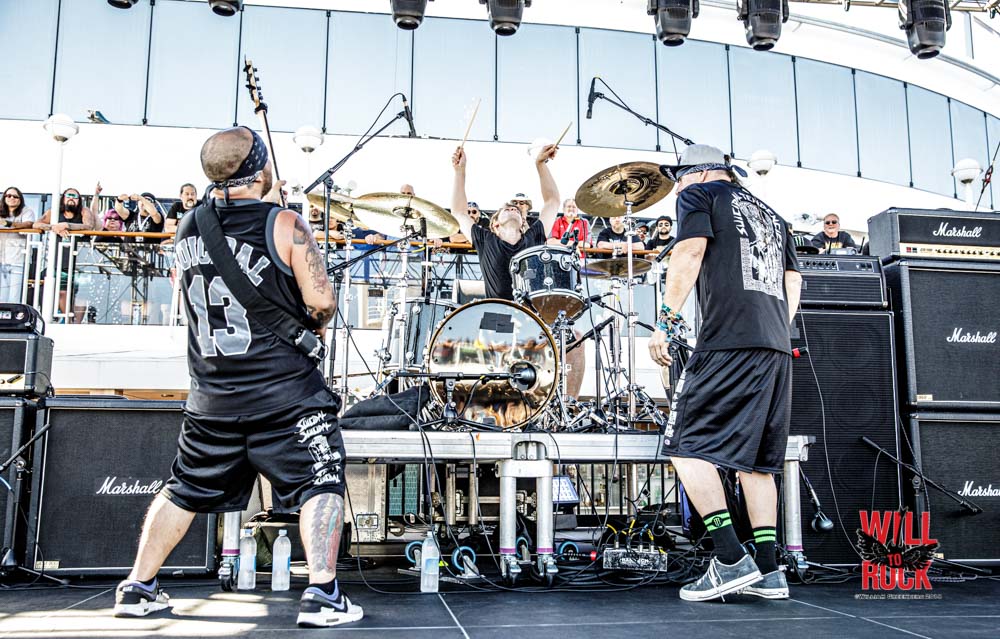 A killer set that threw everything but the kitchen sink in it, had the slam dancers colliding and the Moshpits swirling. A good old skater punk thrash fest brought to life in front of our faces that kicked off with “You Can’t bring Me Down” and remained a bullet in flight until the final notes of “Institutionalized” faded off into the Sea Breeze… 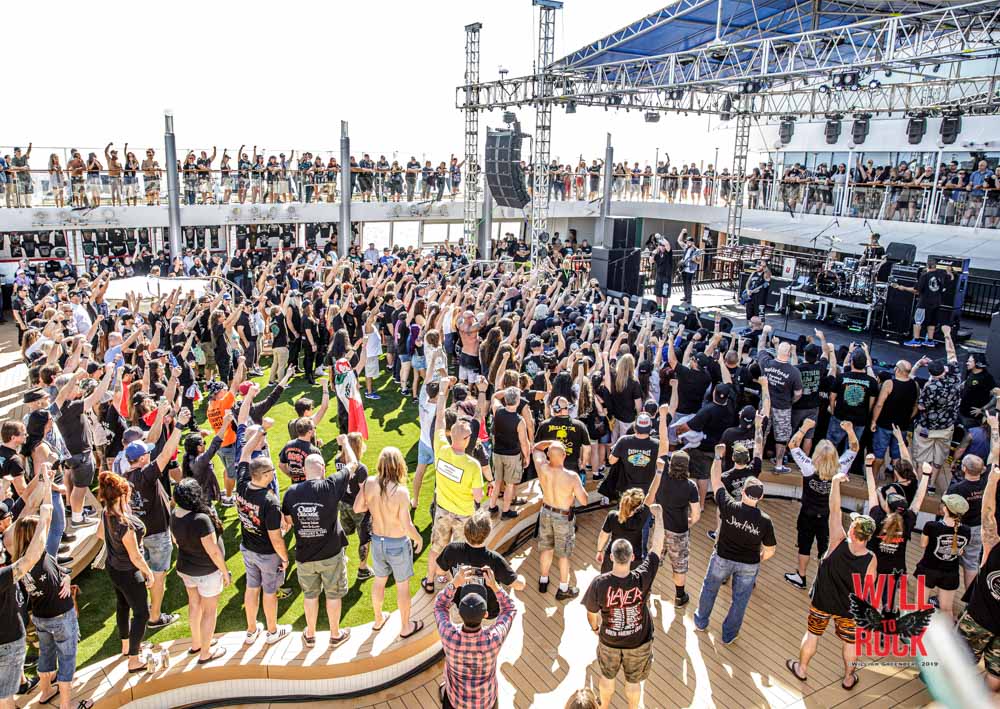 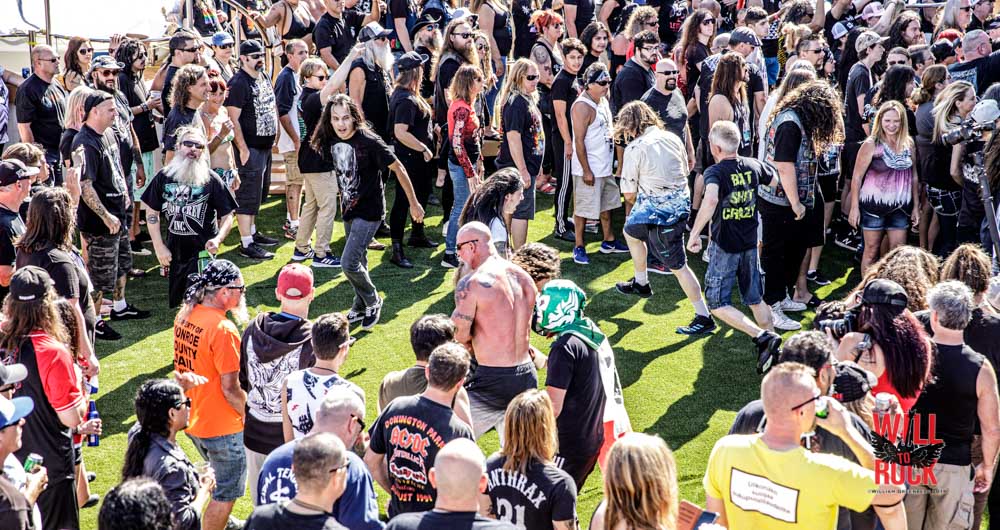 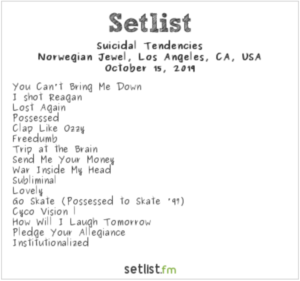 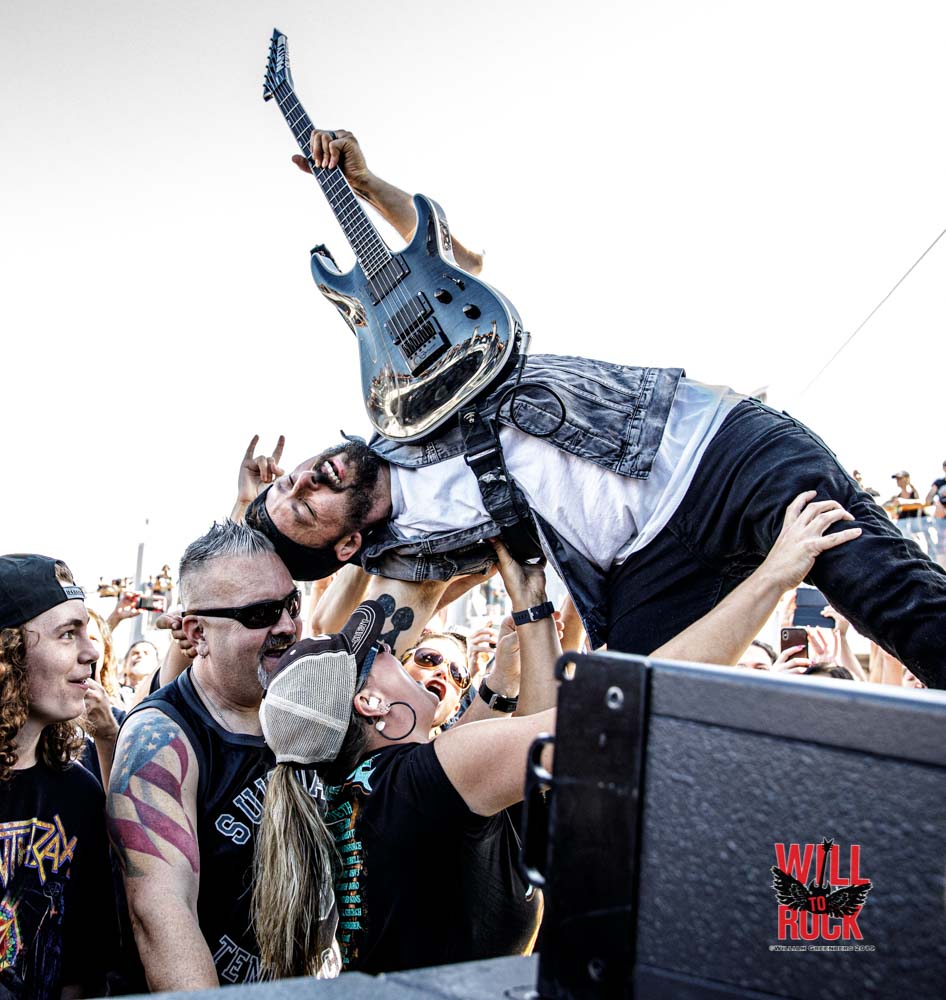 A band that were the talk of the boat and beyond…  Mike Muir and Suicidal Tendencies continue to remain Thrash/Punk Legends.