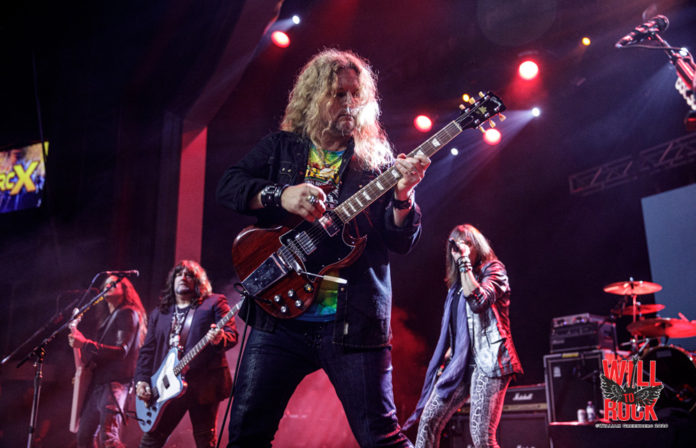 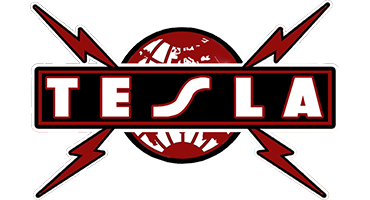 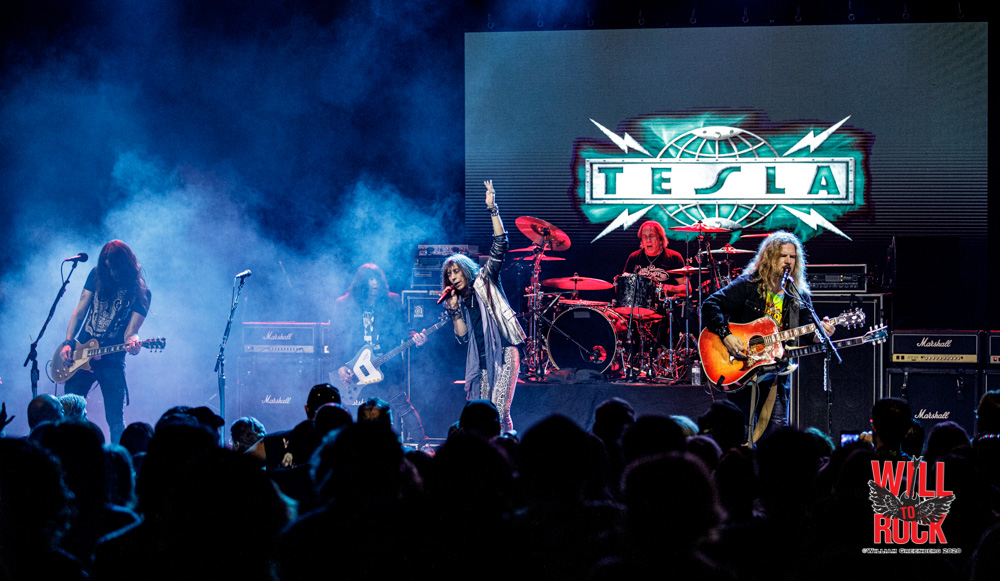 I could copy and paste any of my previous Tesla reviews and except for the setlist and venue, they’d probably be pretty similar. They go something like this…

Tesla are one of THE Best Rock Bands to come out of not just the 80’s, but any decade. Their first 3 albums are masterpieces.  Their live performances are nothing short of masterclasses of incredible musicianship and talent. 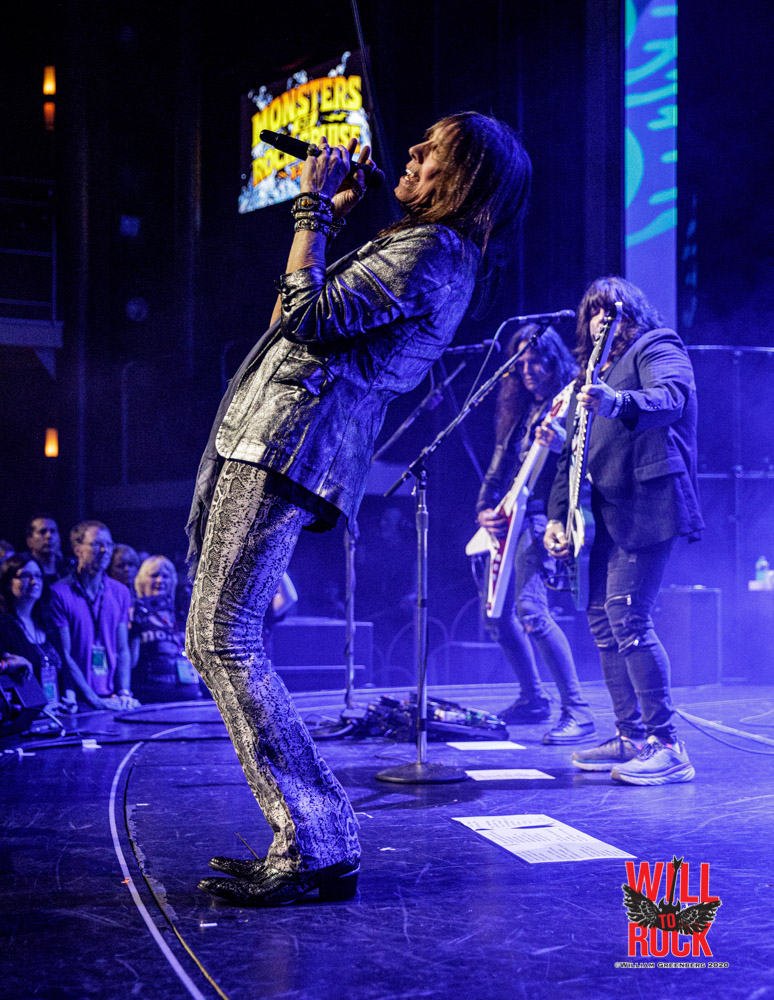 What do I love about Tesla…?  Let me count the ways…. Jeff Keith’s vocals are so unique and filled with an incredible emotion. He’s a fun loving hippy that always seem to live in the moment and his playfulness and good nature always comes across in his performances.  Frank Hannon is an amazing songwriter and guitarist and commands your attention as much as Jeff does. Dave Rude continues to impress me the more I see the band live. As well as being an amazing guitarist, anyone else thing he’s the spitting image of “Neil” from the “Young Ones”?!.  Brian Wheat, has always been steady as a rock providing killer bass grooves and stellar backing vocals, while throwing picks and handing out his custom (show played) bass guitars to his patrons during the show. And Troy Luccketta who as much of a basher as he can be just locks in and mesmerizes you on slower songs, like “Changes“. 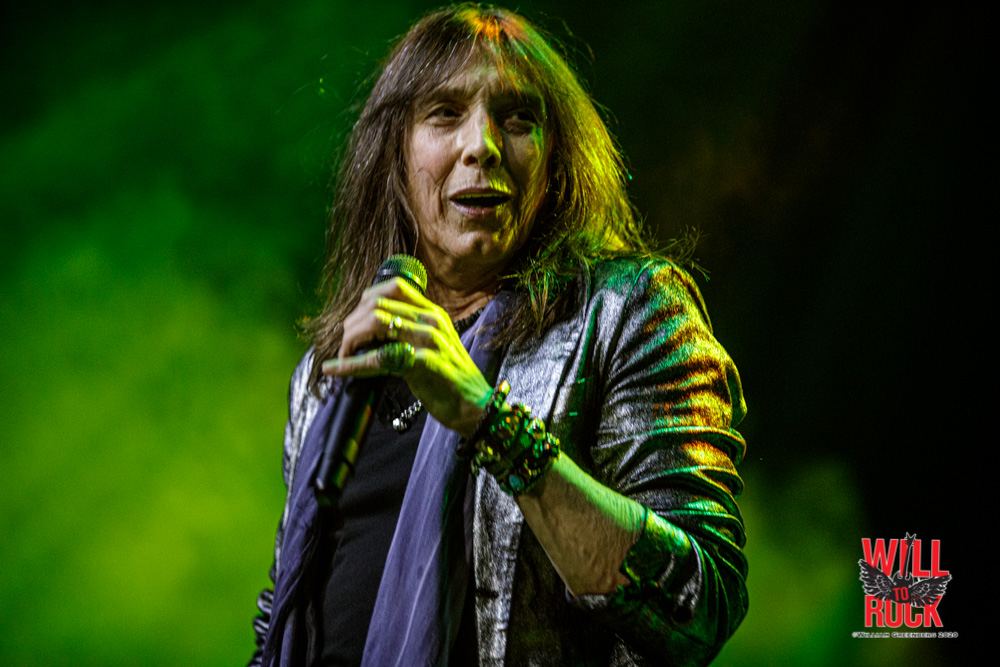 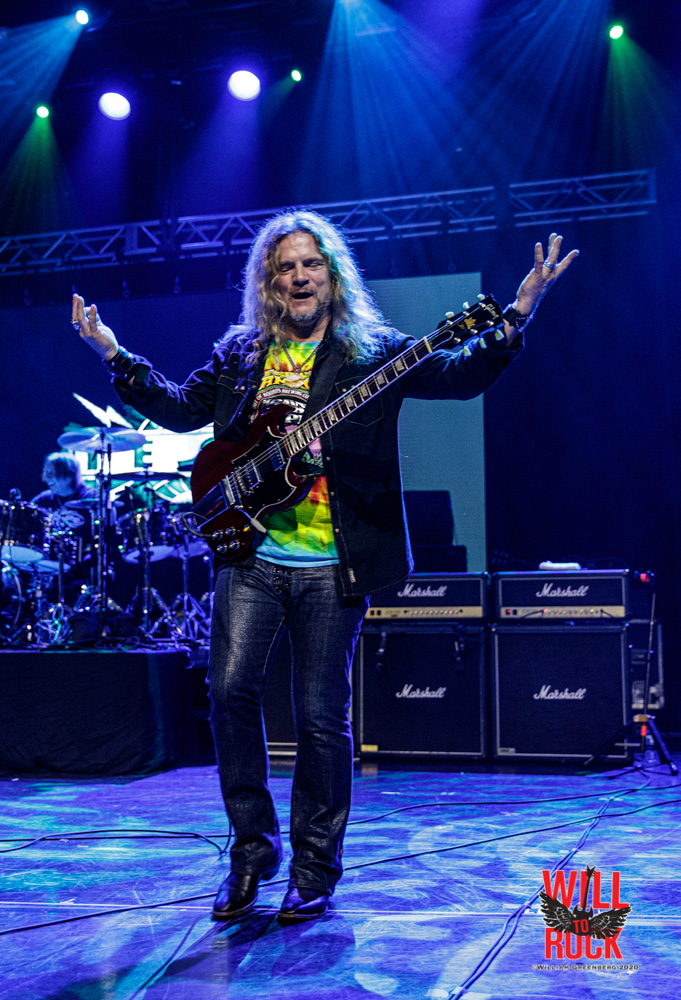 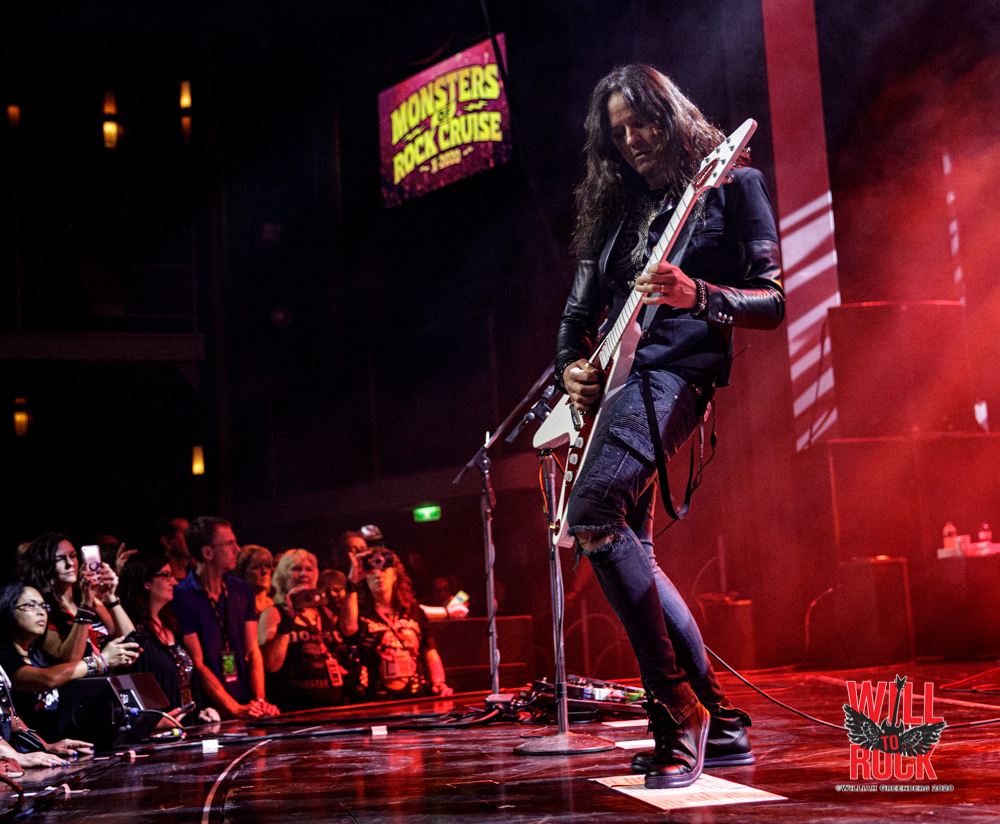 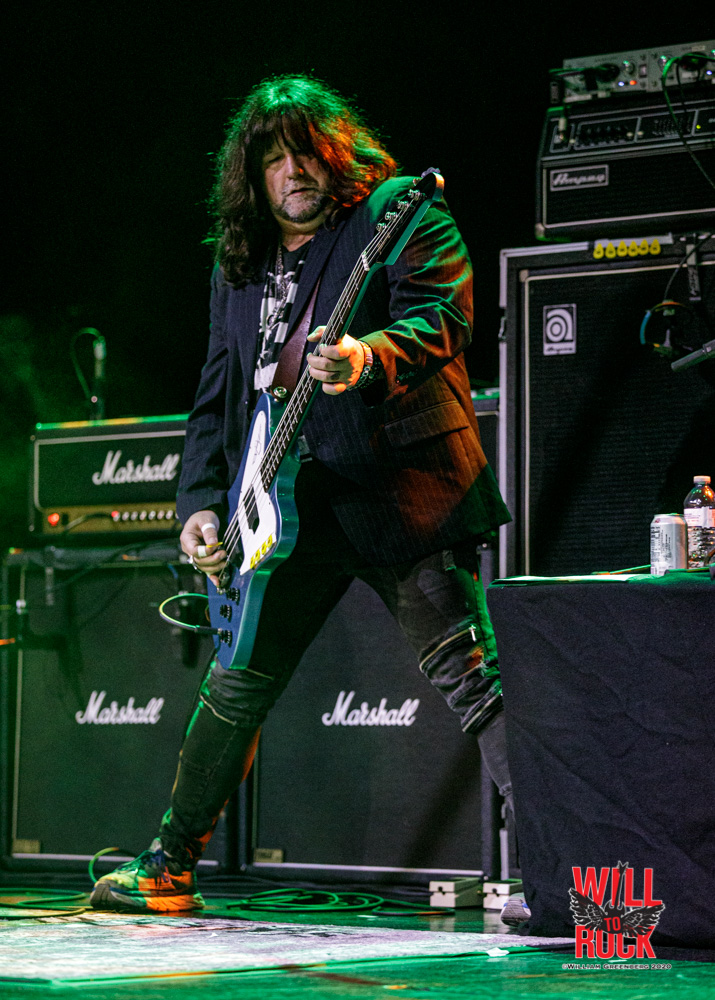 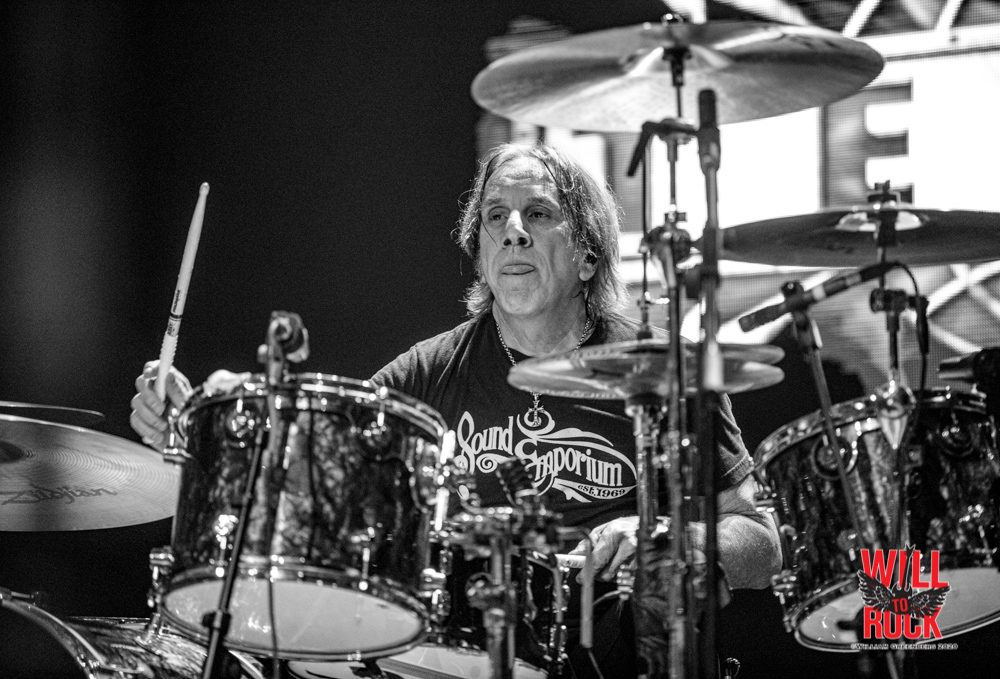 They changed up their setlist for their two shows on the boat, but their first show started off with the (little mis-timed) intro to “Cumin’ Atcha Live” and then launched into “Modern Day Cowboy” and for me, it don’t get much better than that. 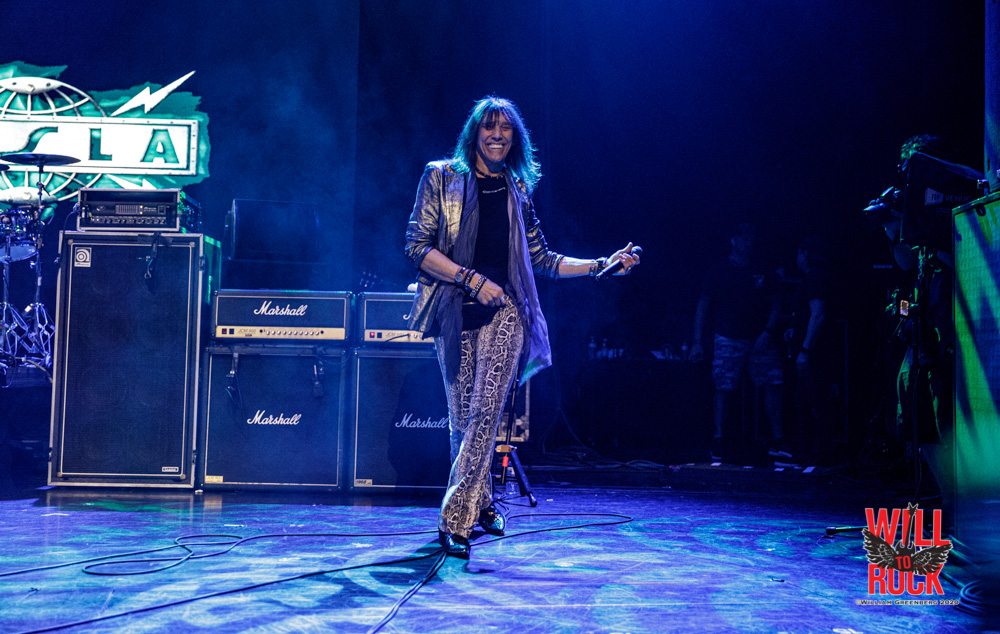 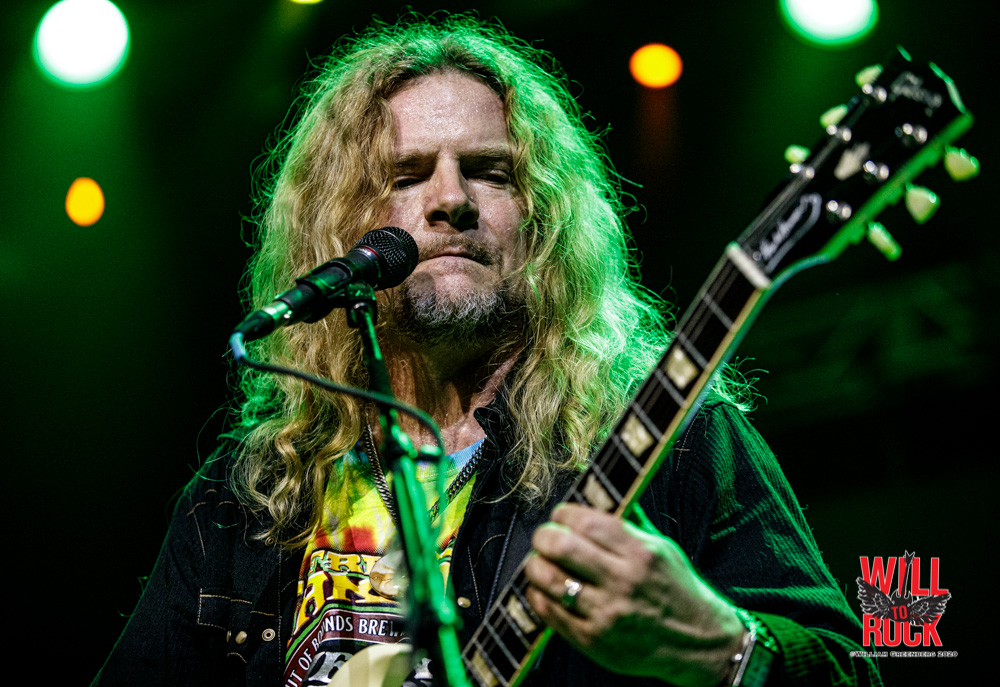 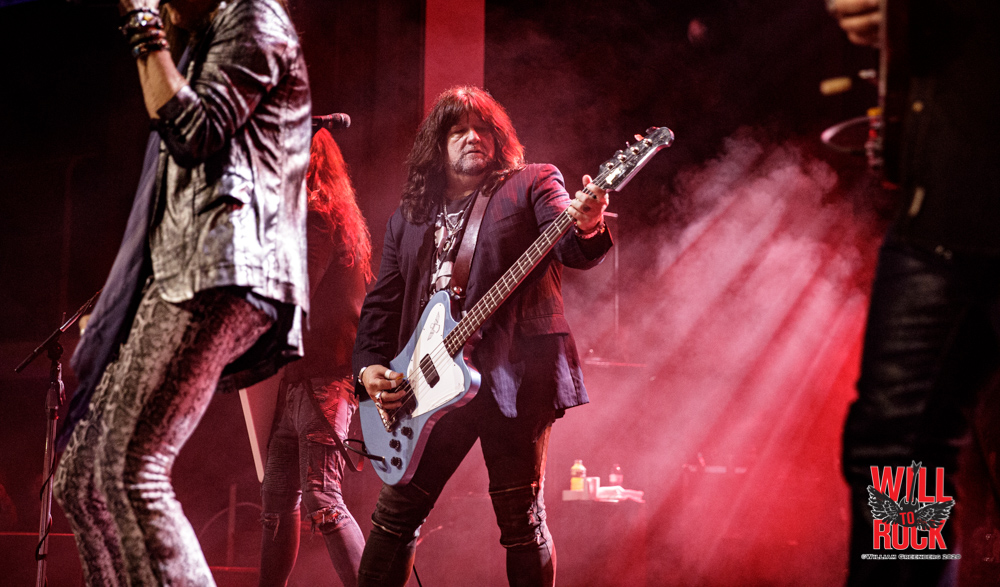 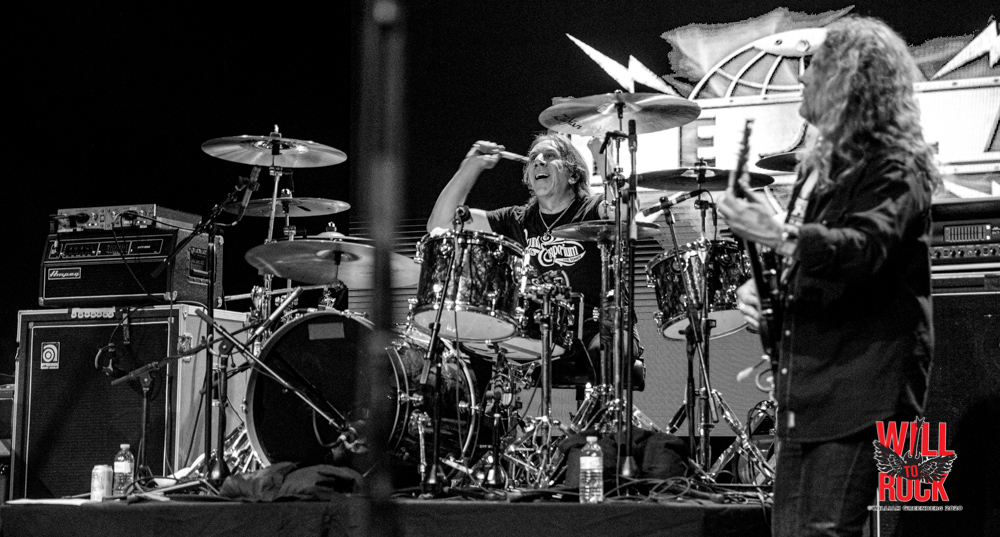 Tesla are also one of those throwback bands that seamlessly blend acoustic and electric guitars through out their set which makes them still sound so incredibly diverse in these modern times. 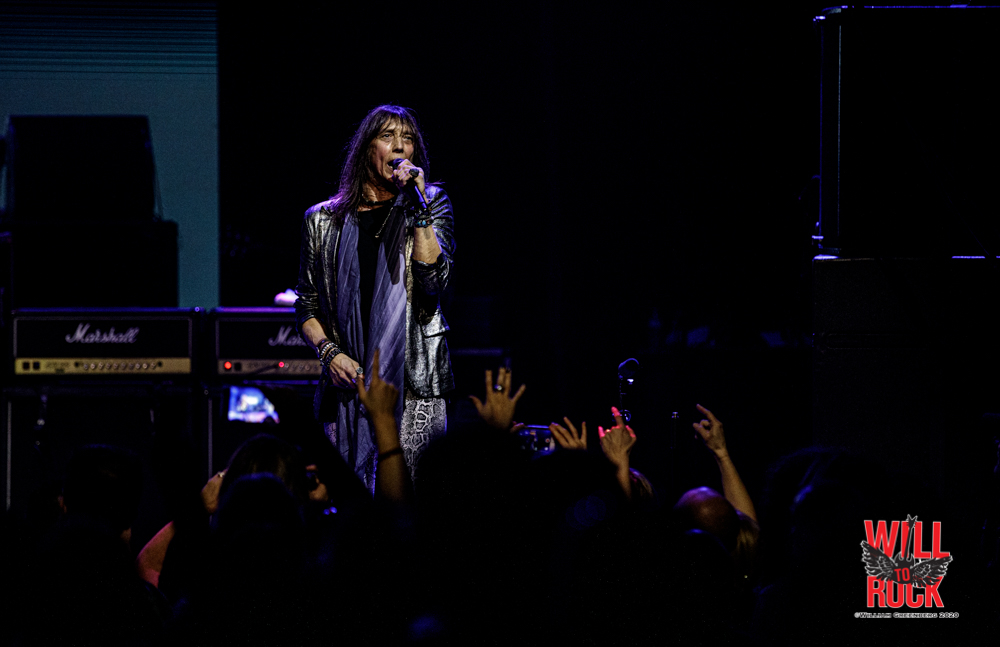 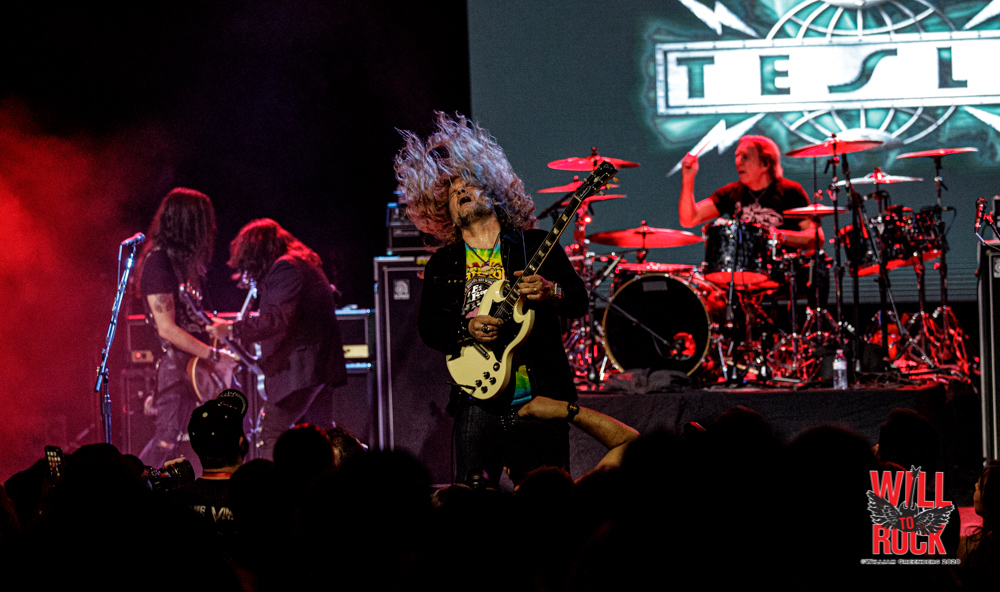 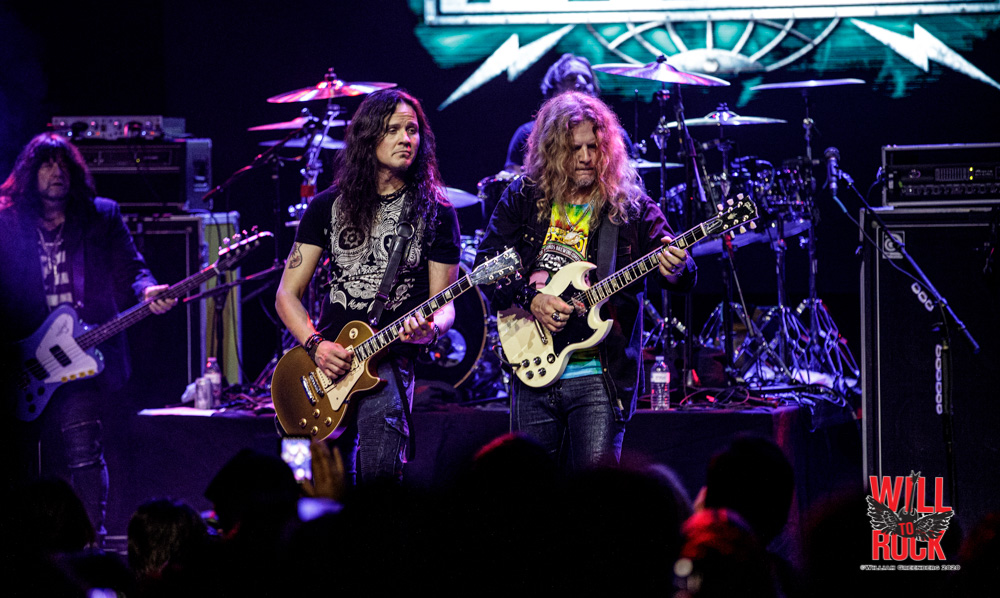 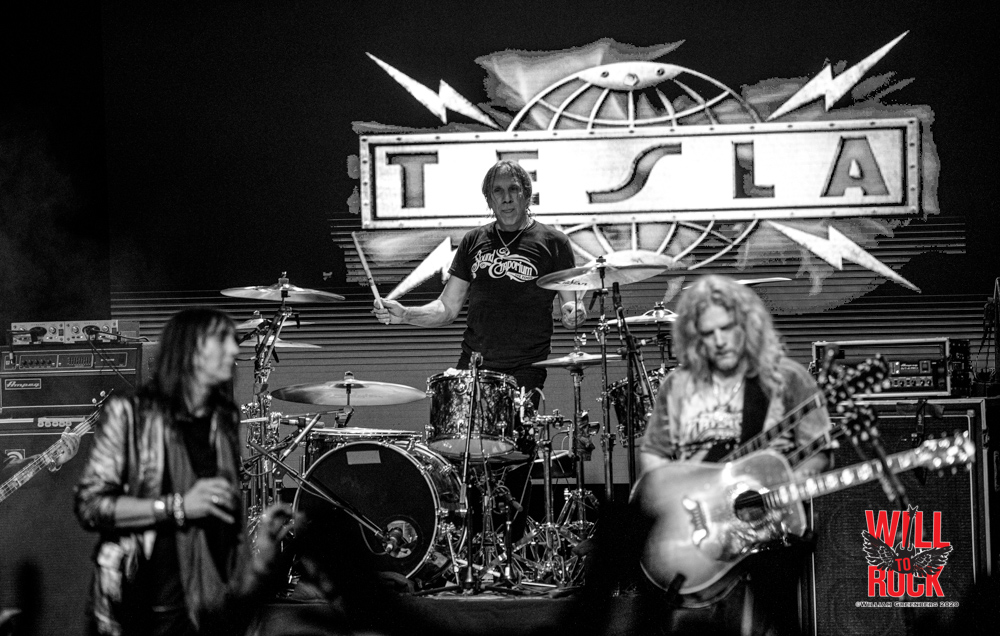 As they do when they get the opportunity…they bring a stripped down drum kit and invited their long time friend, the Thunder God, Rick Allen from Def Leppard to come out and join them to jam on set closer, “Signs“ 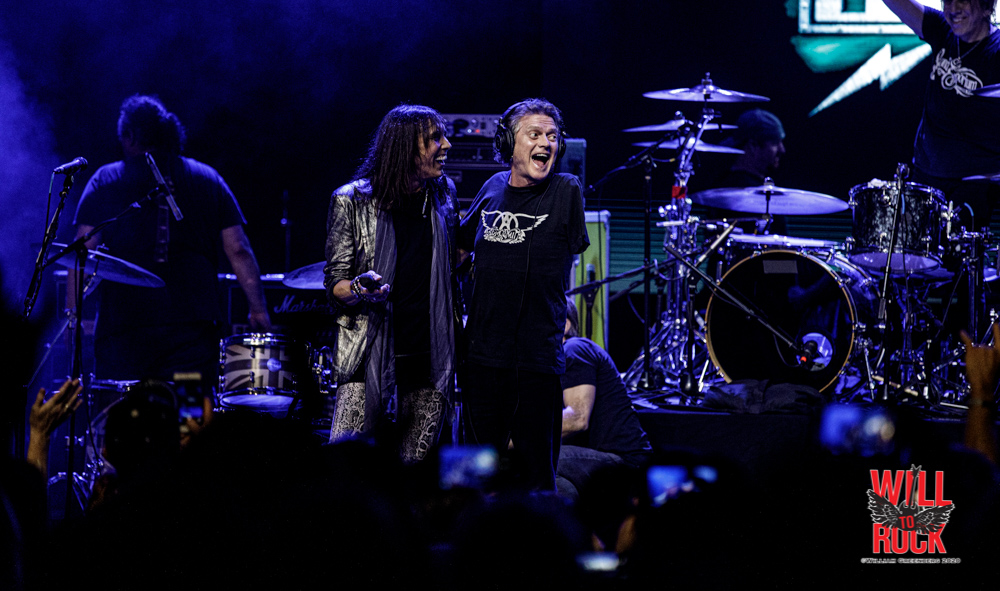 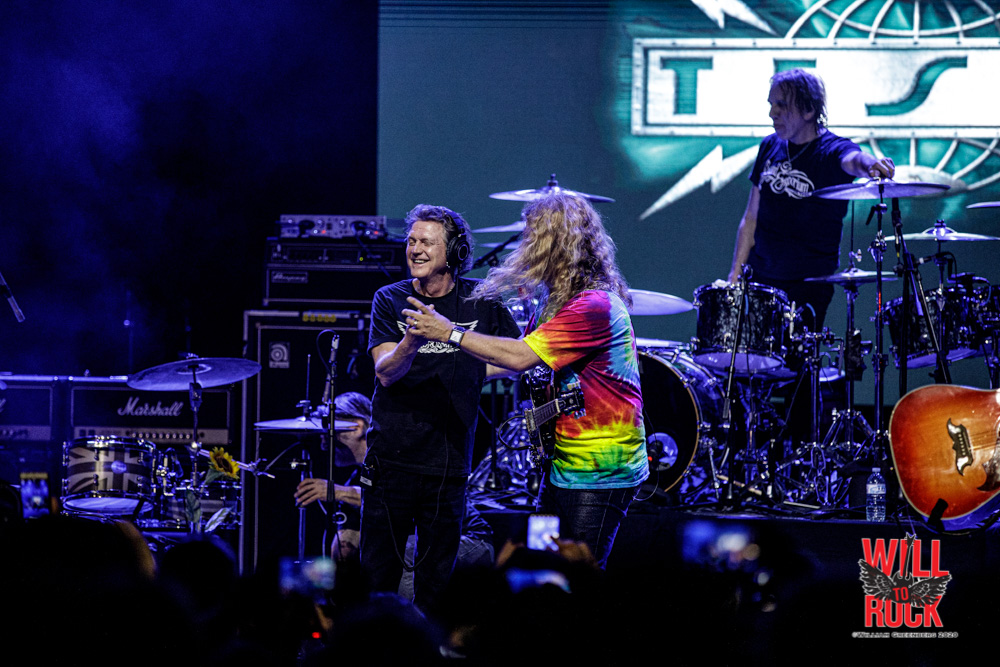 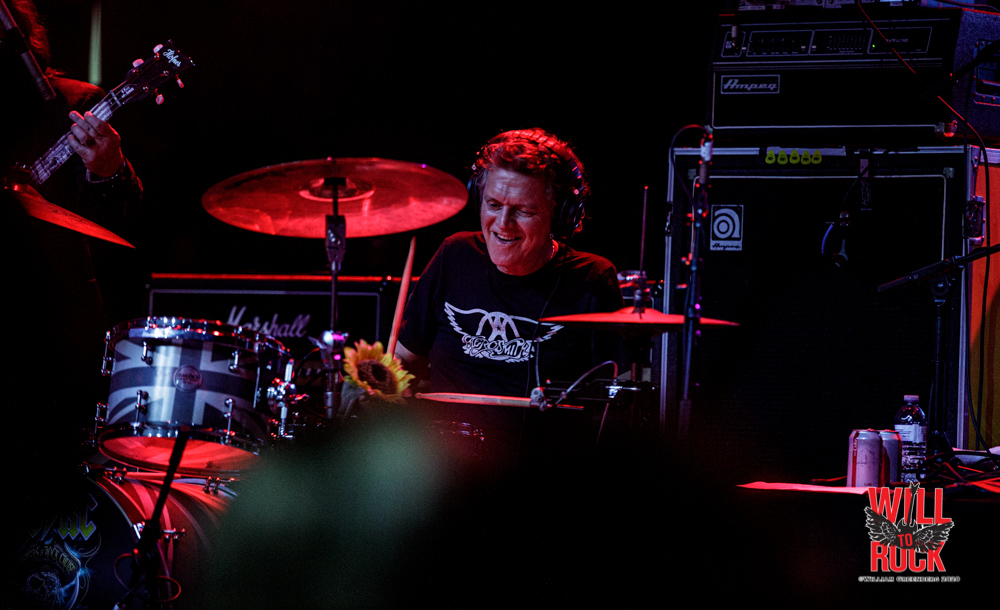 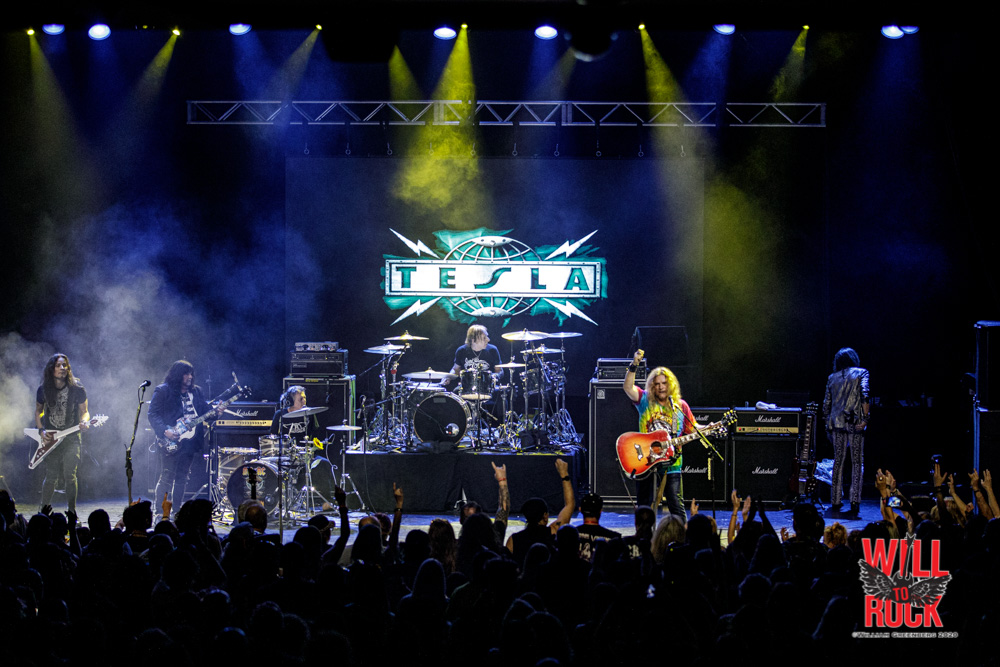 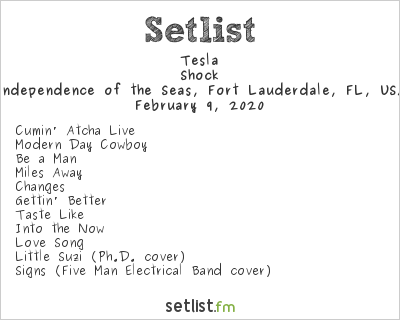 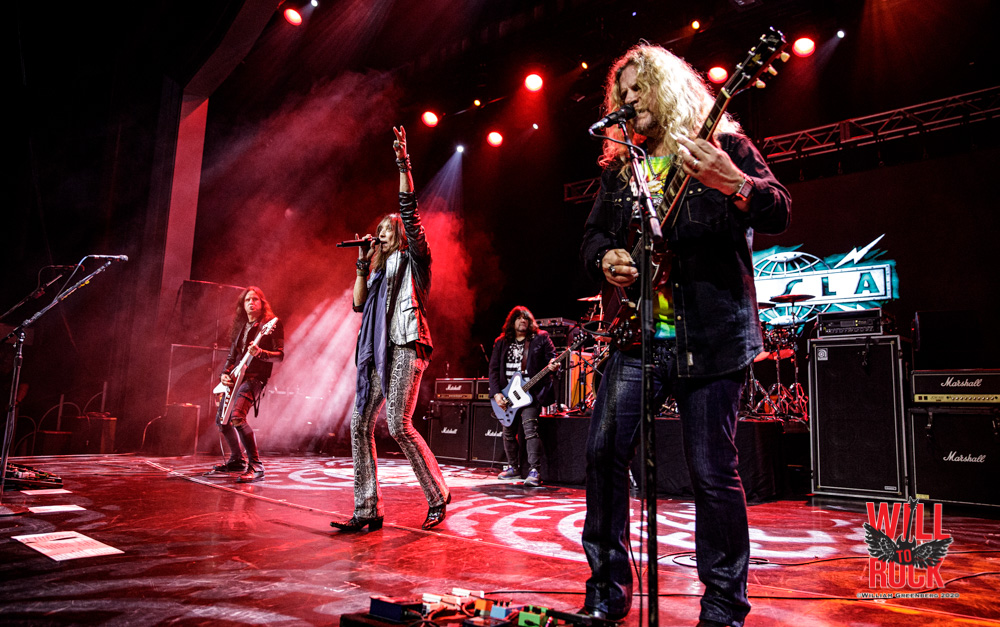