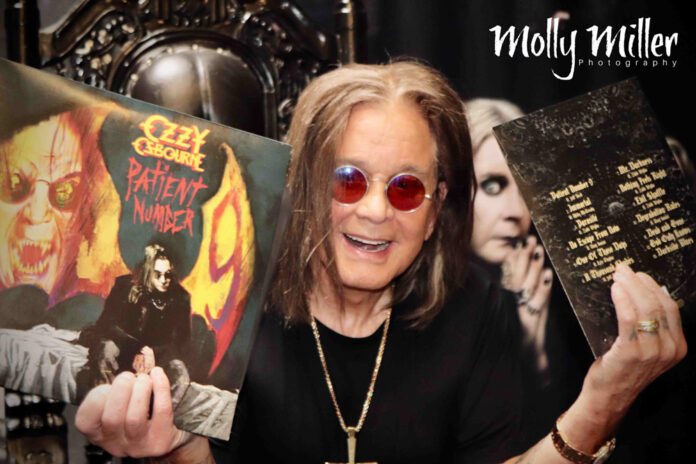 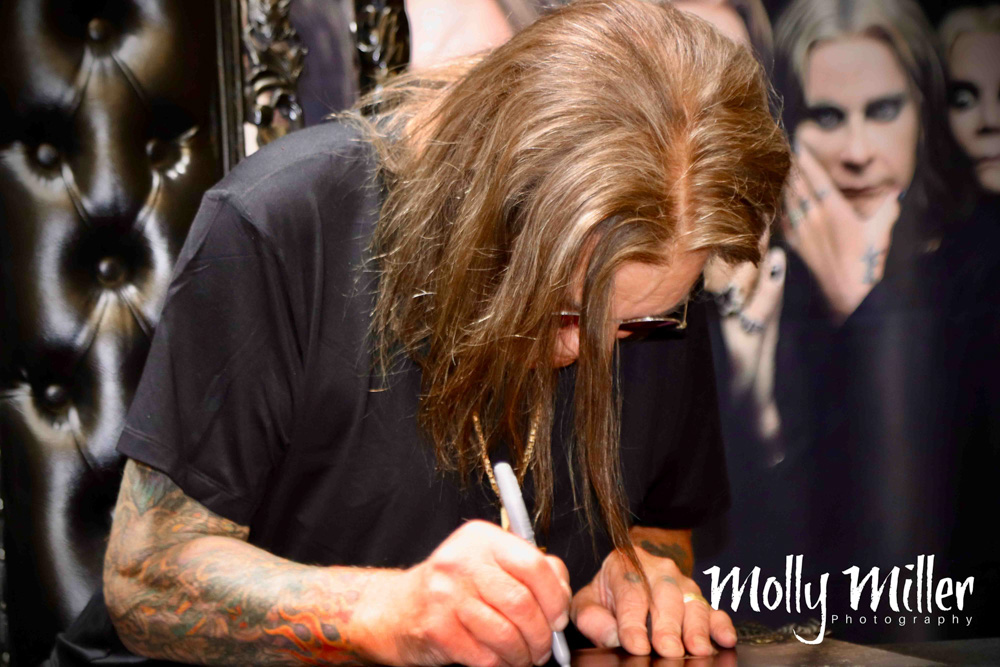 Patient Number 9 is true to Ozzy in both style and sound. Sometimes when artists come out with new material, you are left thinking “who is this?” not in this case! The new album screams Ozzy Osbourne through and through. Of course, we have to mention the slew of top-notch musicians including: Tony Iommi (co-founder of Black Sabbath), Eric Clapton, Mike McCready (Pearl Jam), Robert Trujillo (Metallica) Zakk Wylde (Ozzy Osbourne/ Black Label Society), Jeff Beck, and the late Taylor Hawkins (Foo Fighters) among others. 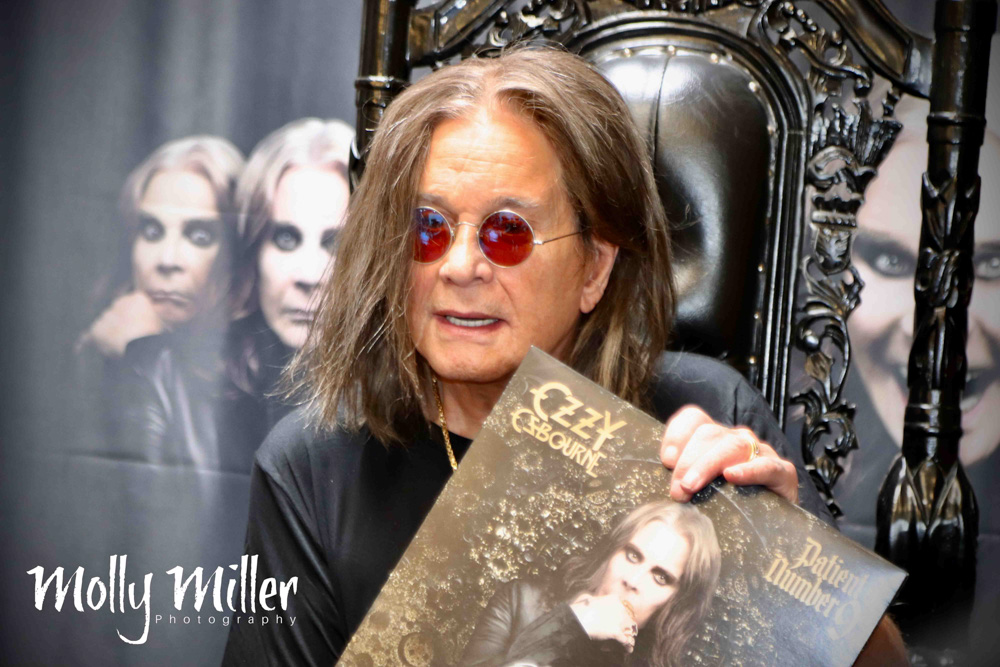 Ozzy appeared at Fingerprints Music in Long Beach, California for a promotional album signing. Right when I drove past the store I audibly said, “Holy Sh*t” because of the pure amount of people. We all know that Ozzy has a die-hard fan base, but I was not expecting the thousands of people who were lined up around multiple blocks to be there. It was hot, humid, sprinkling rain, and fans were still starting to line up at 2:00am to get a signature from the Prince of Darkness himself.

Undeniably, Ozzy’s fan base spans over every age, generation, race, ability, and demographic. I saw fans in wheelchairs and fans in strollers. They shared stories of being dedicated fans since before I was born. Personally, I shared that my mom took me to my first Ozzy concert when I was about ten and my grandmother took my mom to see Ozzy too! (Side note: Grandma’s favorite song is “Shot in the Dark”). 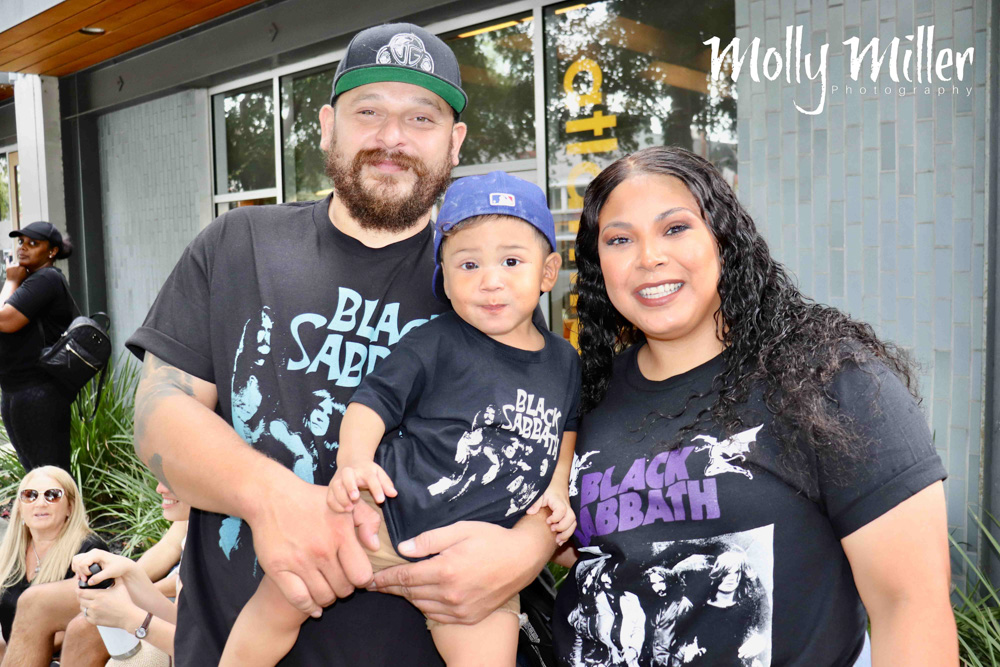 This was a big week for The Oz Man. On Thursday, he performed a two-song halftime show at the Bills vs. Rams NFL opening game. Friday was the official release of Patient Number 9, and Saturday was this album signing. There was a sharp contrast between the man standing upright and performing an NFL halftime and what I saw at the album signing. 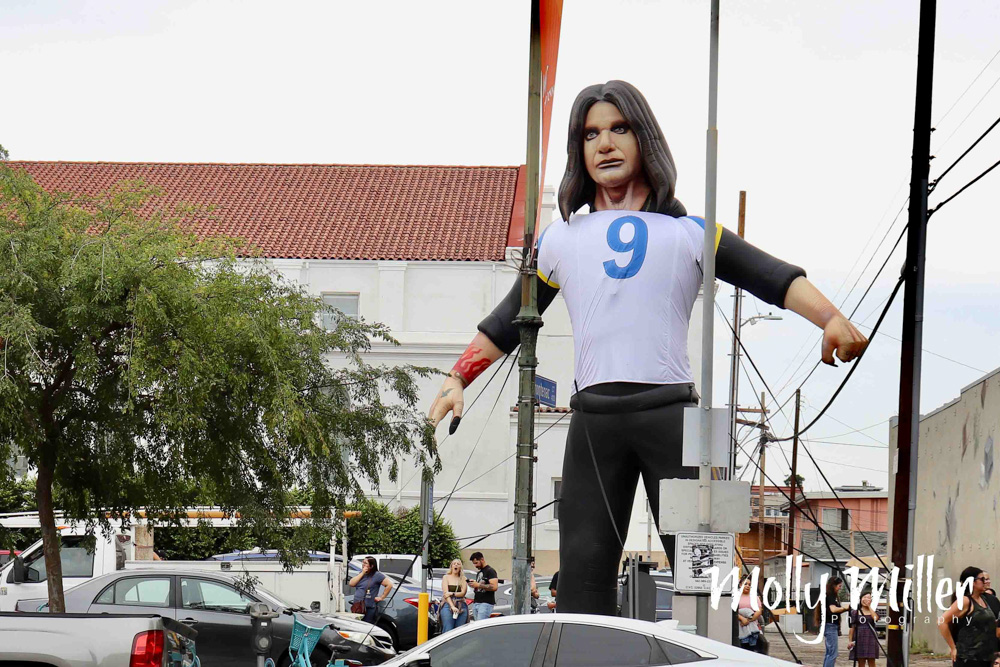 When media was allowed to enter the signing area, we were instructed to not photograph Ozzy before he was seated. The legend walked out of a back room clutching his cane and uneasy on his feet. We have to realize that at 73-years old, Ozzy struggles with Parkinson’s disease and is the same age as England’s new King Charles III. All I can say about that, is that Ozzy looks great compared to what I was expecting. He stayed for hours signing thousands of albums for his fans which is more than some fully-abled artists will do. While Ozzy has not been in the greatest health (for dare we say decades), he remains untouchable with his musical talent and contributions to the music industry.

Ozzy Osbourne is a relic of rock and metal history and continues to release high caliber music that his fans are loving every moment of. It was a true pleasure to have the opportunity to be a part of this moment and every minute of it left me in awe.