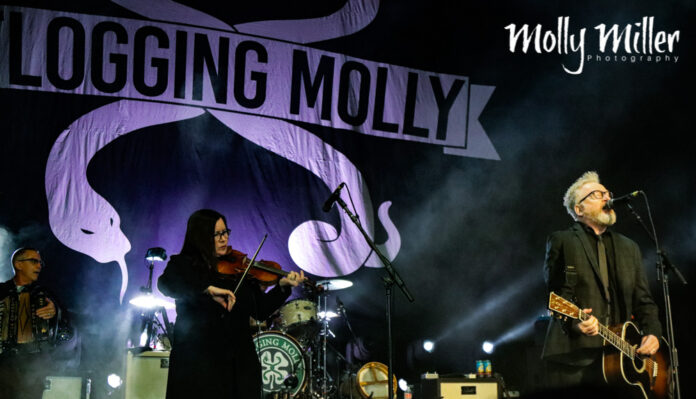 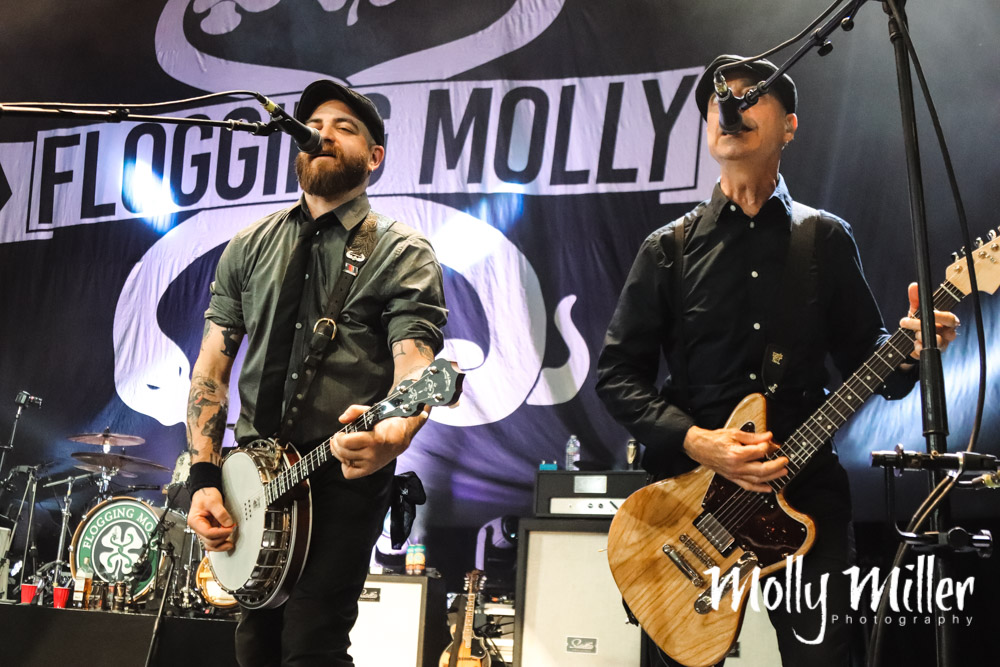 When it comes to celebrating Saint Patrick’s Day, some people drink green beer and eat corned beef. However, I prefer to stick with Guinness and go to a Flogging Molly concert. Just to get it out of the way – my name is Molly and this has nothing to do with anyone hitting me. Flogging Molly is one of, if not the most, iconic Irish-Celtic Punk bands alongside Dropkick Murphys.

Prior to the concert, there was a Saint Patrick’s Day punk festival in the parking lot which I unfortunately wasn’t able to attend. However, by the looks of some of the concert-goers, it looked like some people built some cool memories – and probably lost those memories too.

Dave King was an absolute hype man and got everyone going. After keeping up with the crowd during a few of the most high-energy songs, he would make jokes and get everyone set up for the next bit. He was a true “front man” and is the ‘face’ of the band. He delivered each song well and was the focal point of the stage. Unfortunately, the lighting washed Dave out for most of the concert and it felt like you were staring at a punk-angelic beam of light. He really did pull at my heart-strings when he tossed a full can of Guinness into the crowd during “Black Friday Rule.” 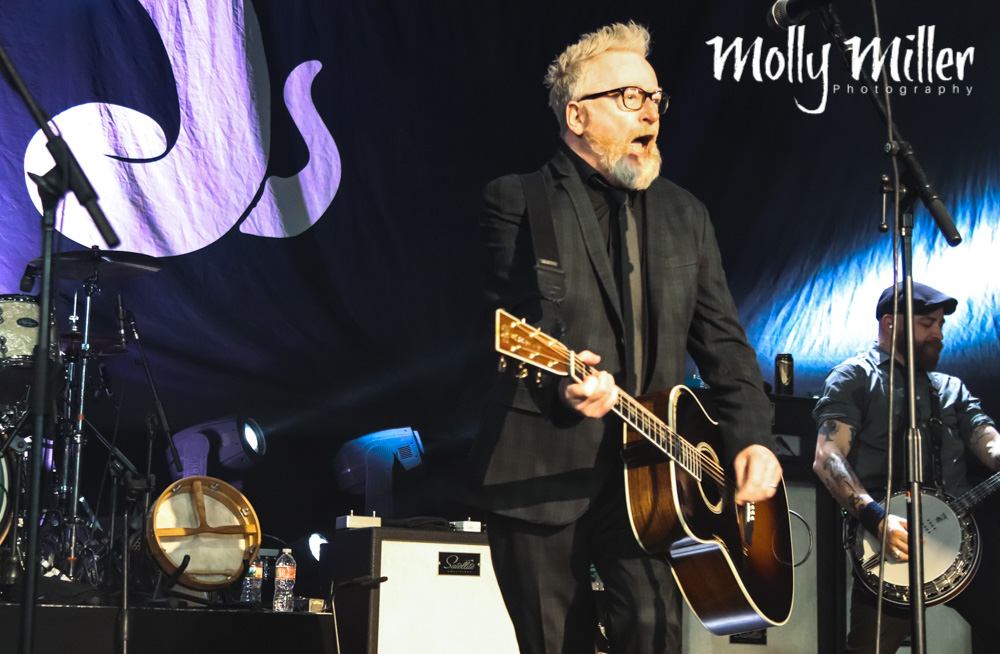 Bridget Regan was on fiddle and was a stark reminder that we need more fiddle in much of our music. Although her stage presence offered less focus on the stage/crowd and more on the instrument itself, her musical talent is clear. During the set, Dave also let us all know that Bridget is his beautiful wife. 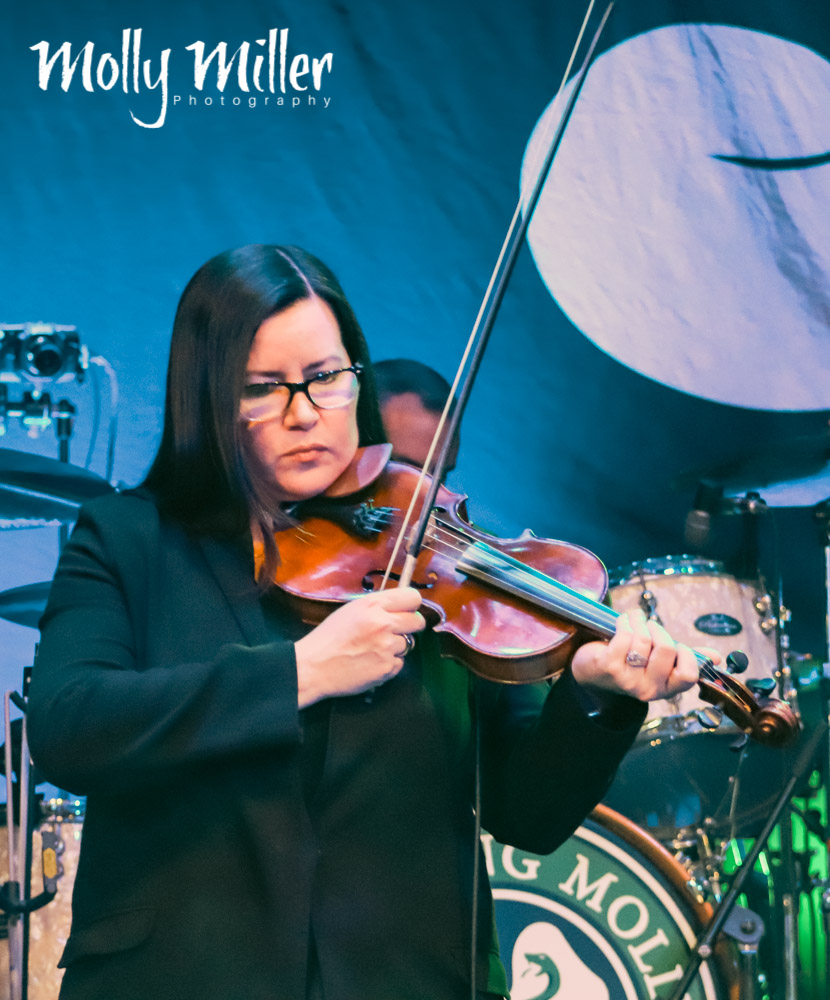 Matt Hensley, was a real showman expanding his gestures along with his accordion. He had the crowd interaction down, but I would love to see him move around the stage more throughout the show. 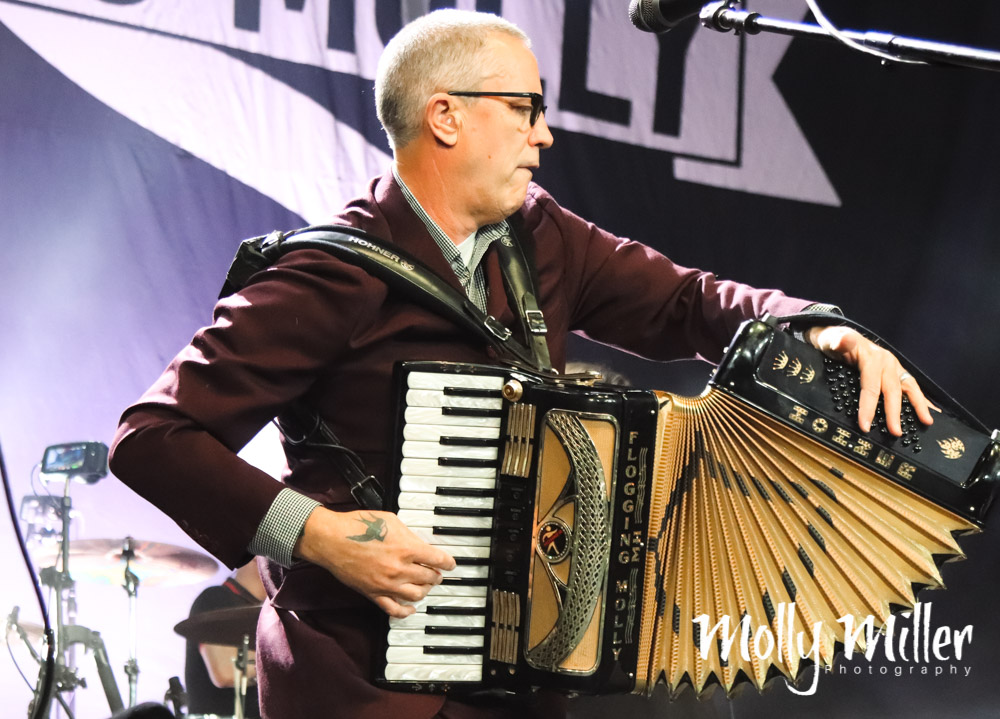 Mike Alonso is less intense of a drummer than some metal-drummers that I am familiar with. Unfortunately, it seemed like he was just making music rather than putting on a show. Although I don’t have anything to complain about, I was not as excited about this drummer as I had expected to be. 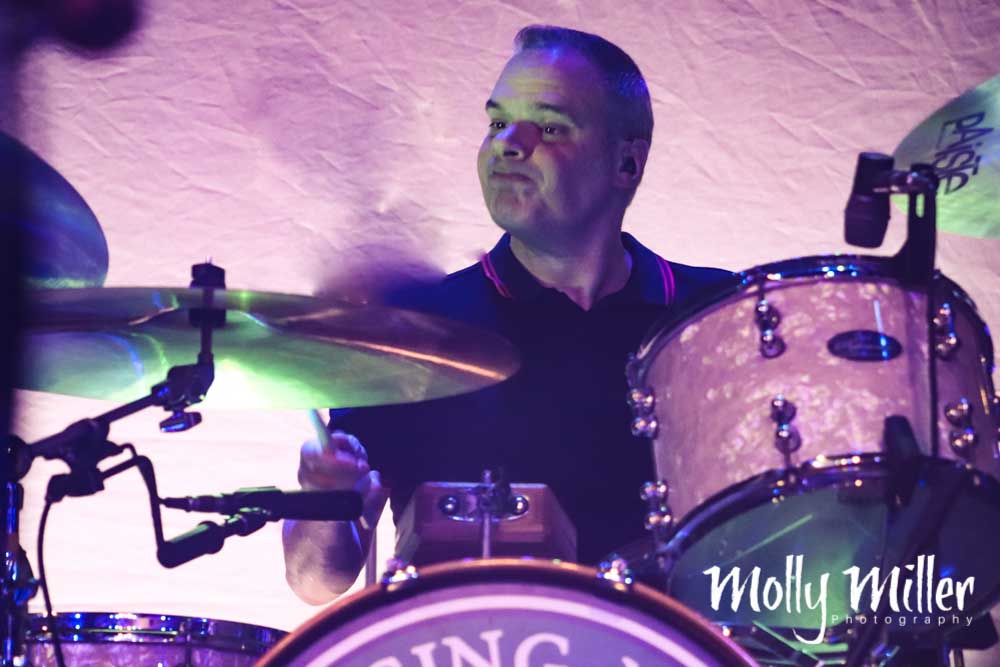 Nathen Maxwell has some of the best faces you will see from a bass player. I absolutely loved his energy and thought his stage presence was fantastic. He had some strong sections where he really rocked!

Dennis Casey on guitar was solid in his riffs and interacted with the crowd in his immediate vicinity. 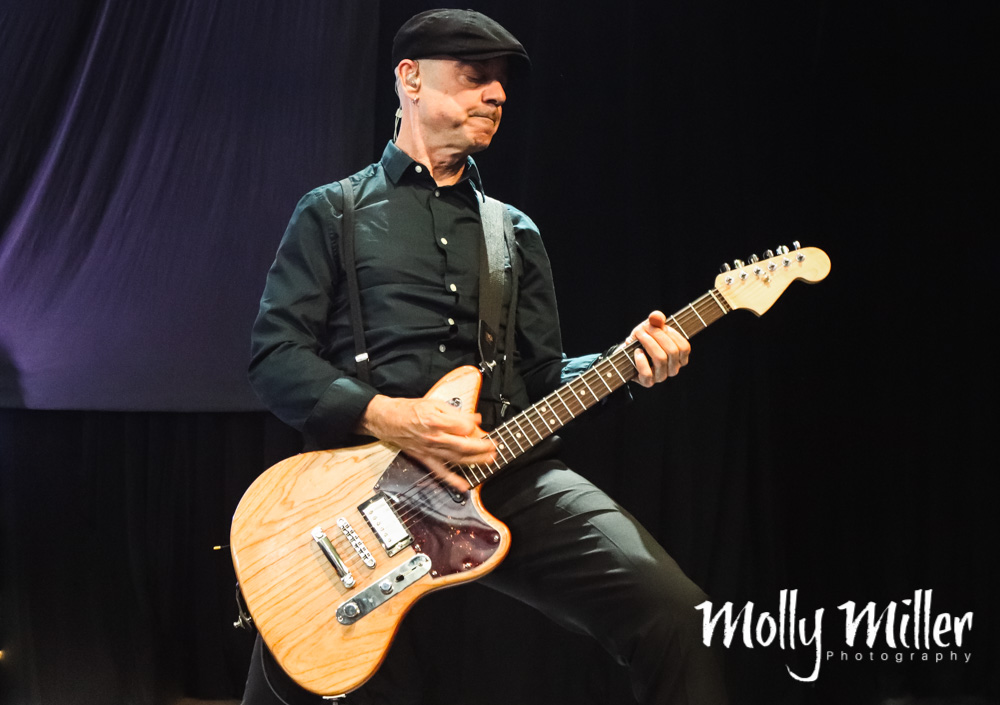 Spencer Swain was a standout on his banjo. I loved how he exchanged his banjo and mandolin during specific songs and really brought the Celtic feeling to the stage. 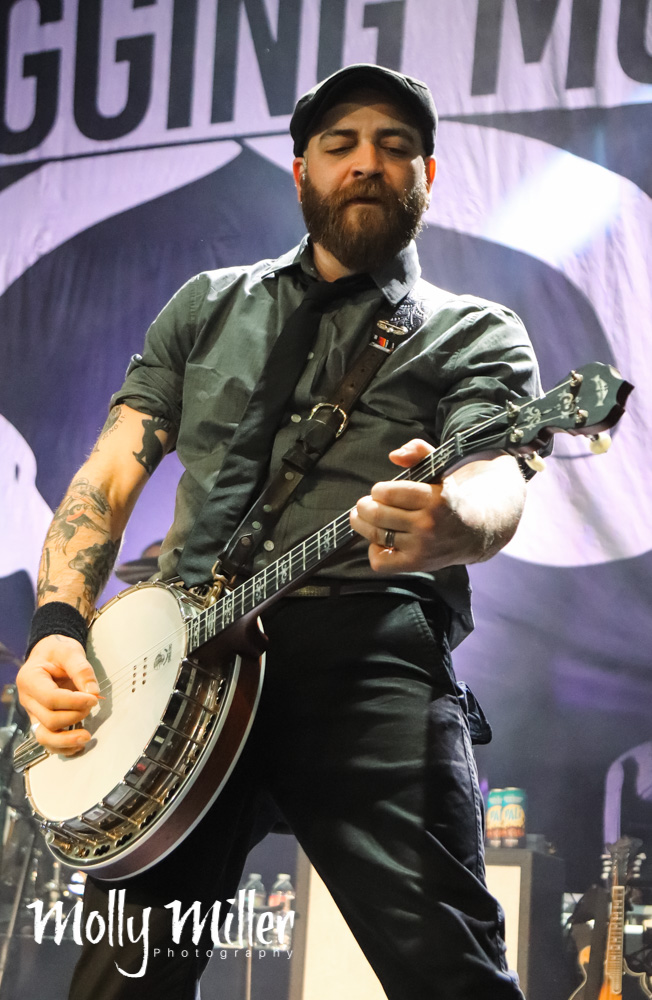 Some memorable quotes: “I’m going to punch someone’s mom” “Try and do that when you’re 60”, “I want you guys to go home and say, ‘I f***ing love that band’ and “Where’s the dude with the mohawk?”

Overall, I really enjoyed this band and will see them again (soon). They didn’t have any flashy outfits or wild stage effects, they just performed some kick-ass music and provided a really fun atmosphere for everyone to get together and celebrate.

Two kick-ass opening acts included Russkaja and The Vandoliers. With songs ranging from Katy Perry’s “Roar” to the popular “500 Miles” folk classic, these two were a perfect pairing to open for Flogging Molly. These two had never played in the United States and had never played a venue as large as The Palladium respectively.

As for the The Palladium… it was my first time there and a cool place for a punk concert. The majority of the lower level is flat so it works well for mosh-pits, but if you were on the back of the lower floor, you have no elevation advantage to view the stage. The whole venue was General Admission which I do not prefer. I counted at least five fully stocked bars (all with multiple bar tenders) and they had their bathroom ratio down with three female restrooms to two male restrooms. Also, this hands-down was the stickiest floor I have ever walked on. The floor was absolutely doused in beer. However, the floor in the mosh pit was quite slippery. Lastly, security was heavy and if you went over the barricade – you were removed from the venue.