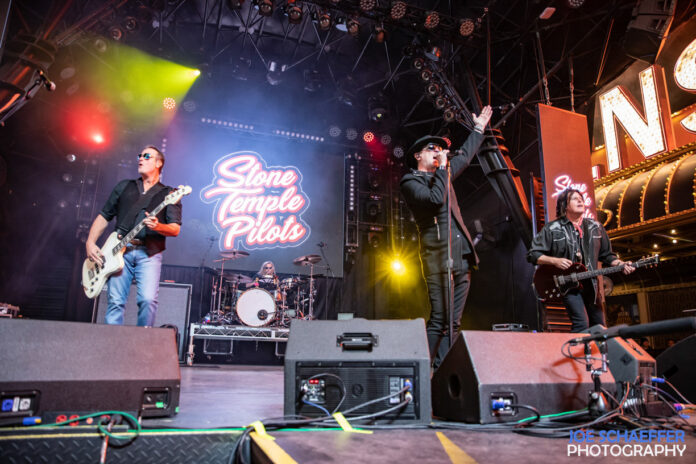 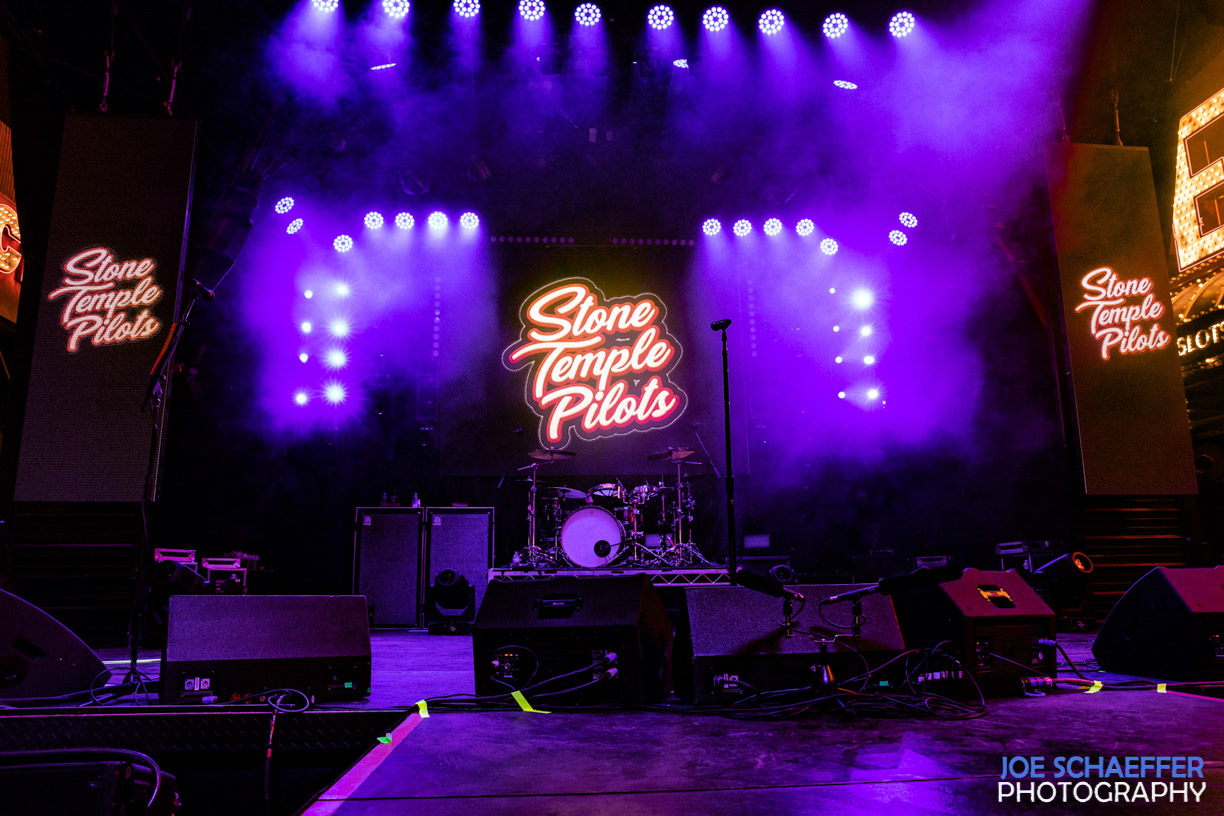 First up, hailing from Las Vegas, were The Dirty Hooks, a band who are very familiar with STP. They have been opening a few of their shows this year as well as on prior tours. 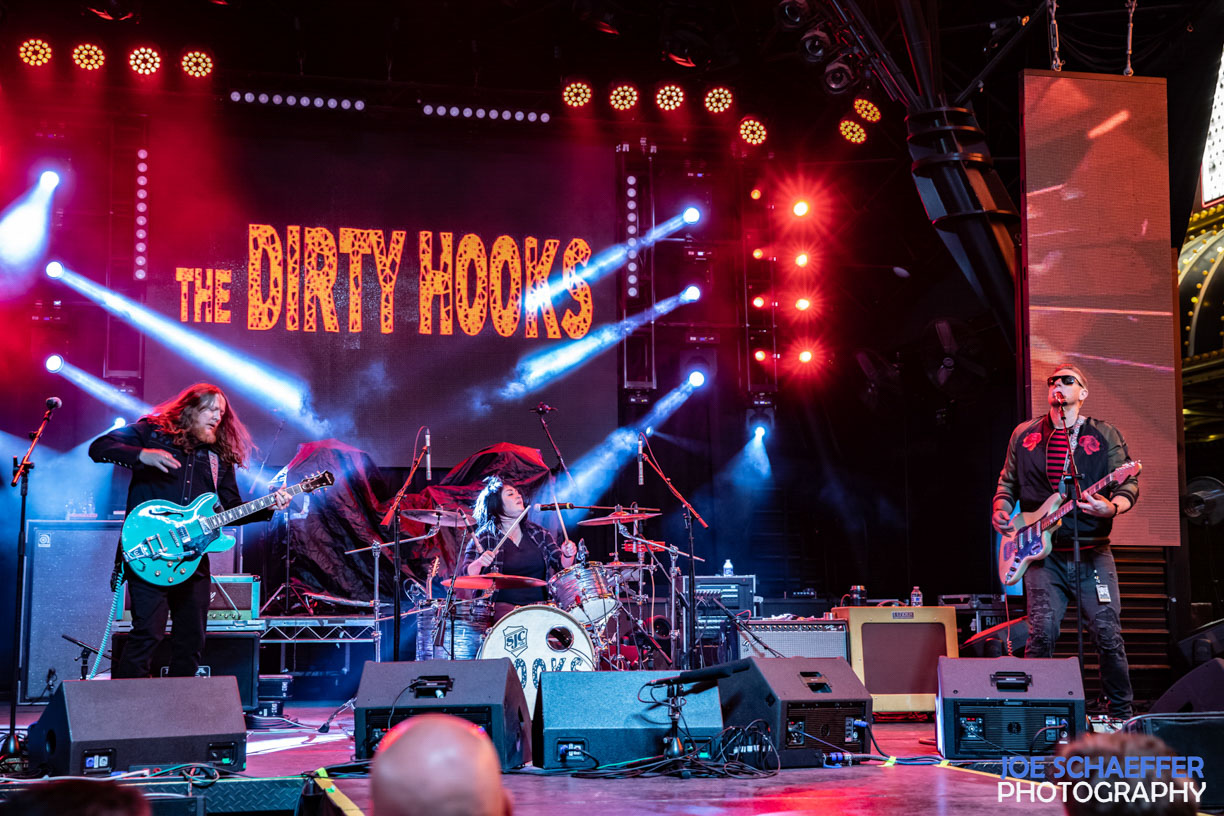 The Band members are Bobby McCall on (Lead Vocals and Baritone Guitar), Jenine Cali (Lead Vocals and Drums) and Anthony Ratto III on (Lead Guitar and Keyboards). This trio each bring a unique sound to the band, and fit together seamlessly. With dual guitars (one baritone, one lead) and a female drummer who drives the backbone of the band. 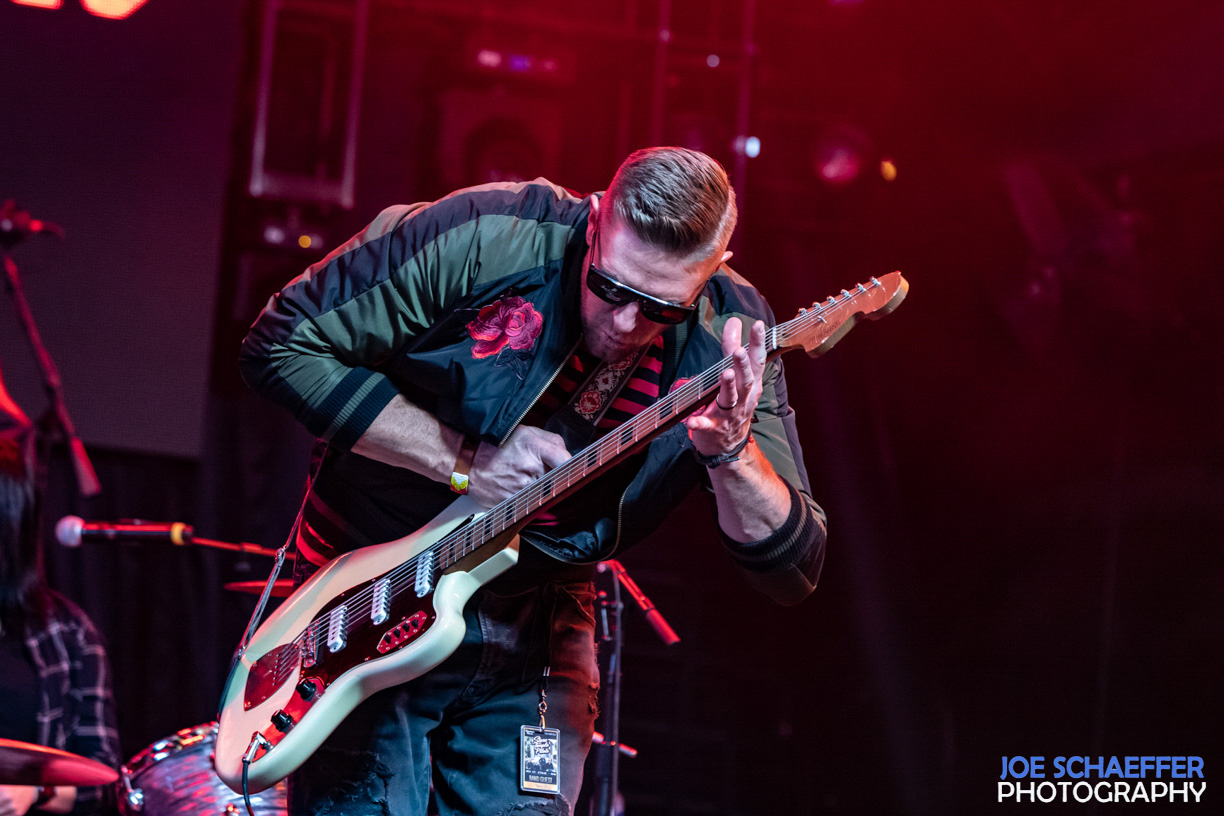 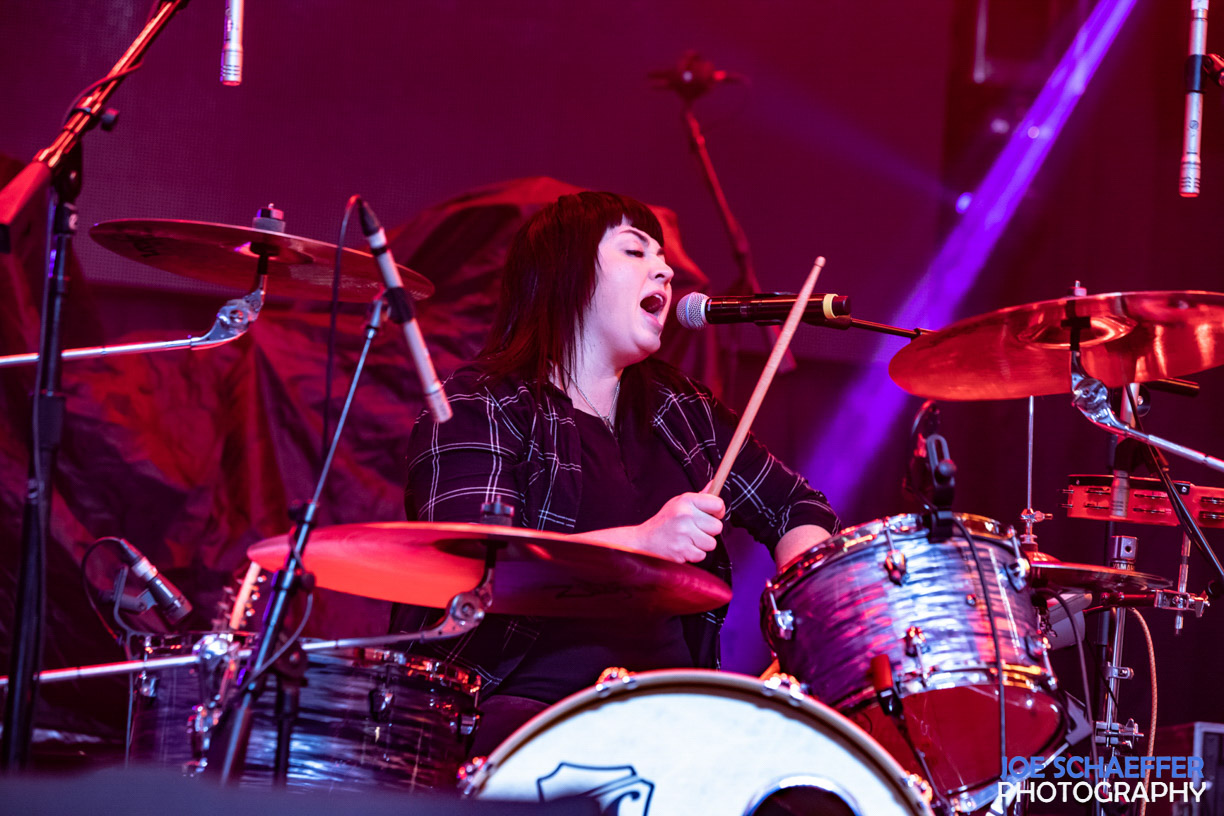 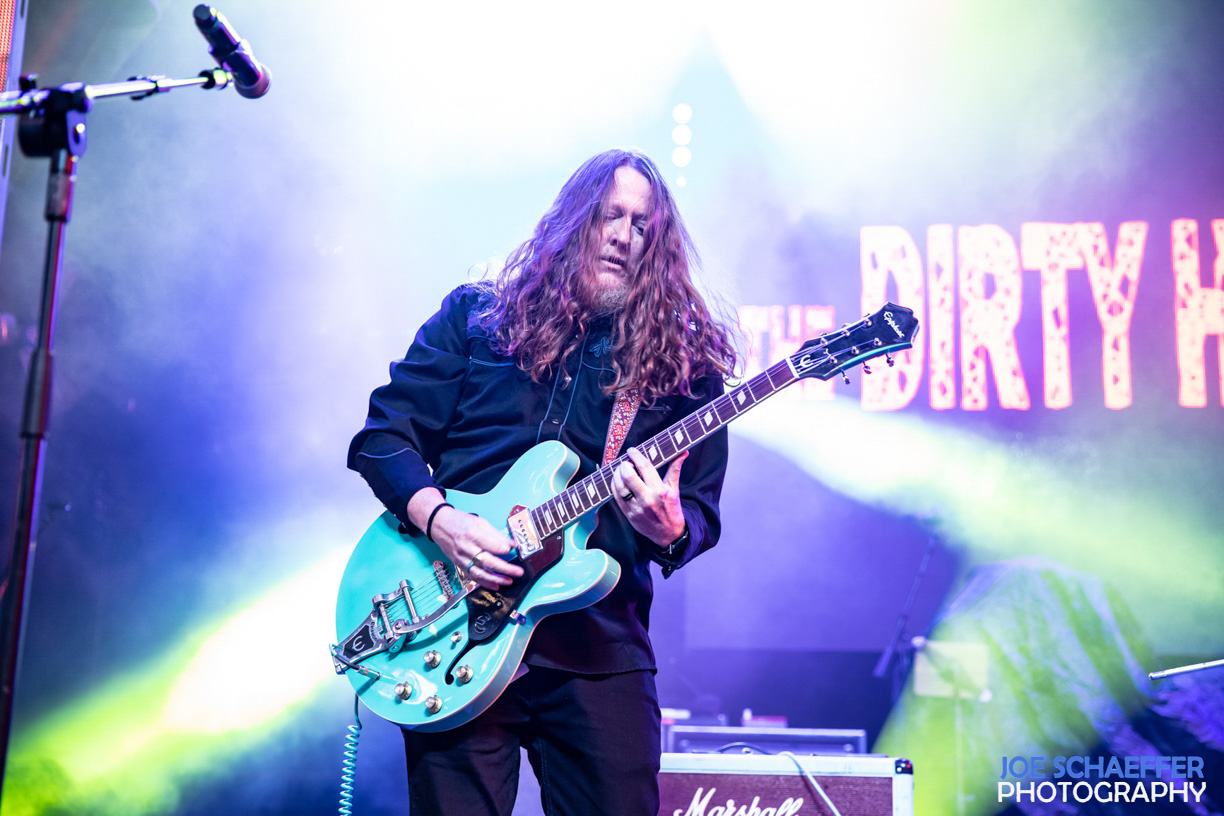 They were well received by the Fremont Street crowd and played a tight 40-minute set.

Stone Temple Pilots were the band chosen to close out the 2022 Fremont Street Experience Concert Series in Las Vegas. Ten years prior they also graced the 3rd Street Stage to help open the D Hotel.Opening with “Wicked Garden” off their first album, front man Jeff Gutt channels the late Scott Weiland seamlessly, but still manages to make the song his own. 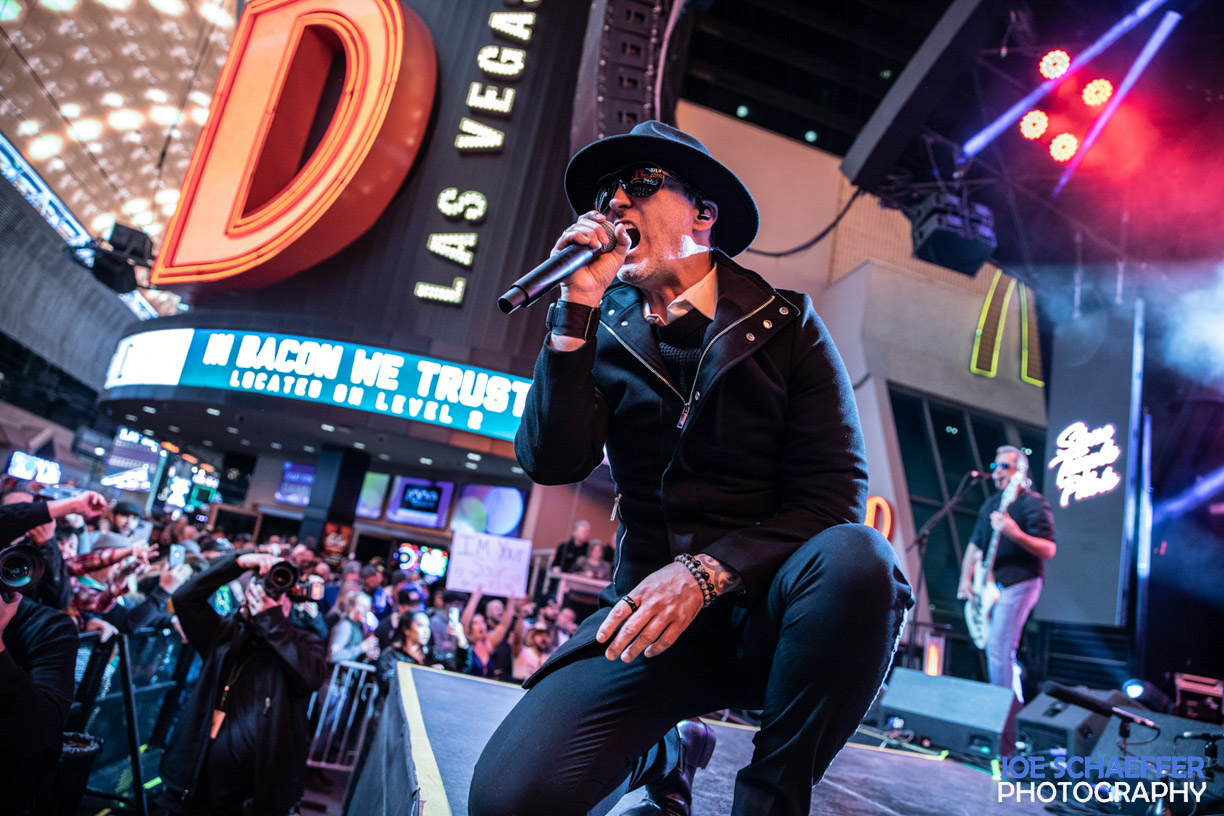 The set continued with top hits, including “Vasoline,” “Big Bang Baby,” “Trippin on a Hole in a Paper Heart,” and “Interstate Love Song.”  Also included in the set was as Gutt reminisced, “Meadow“ which he noted was the first song they wrote together for their latest album. 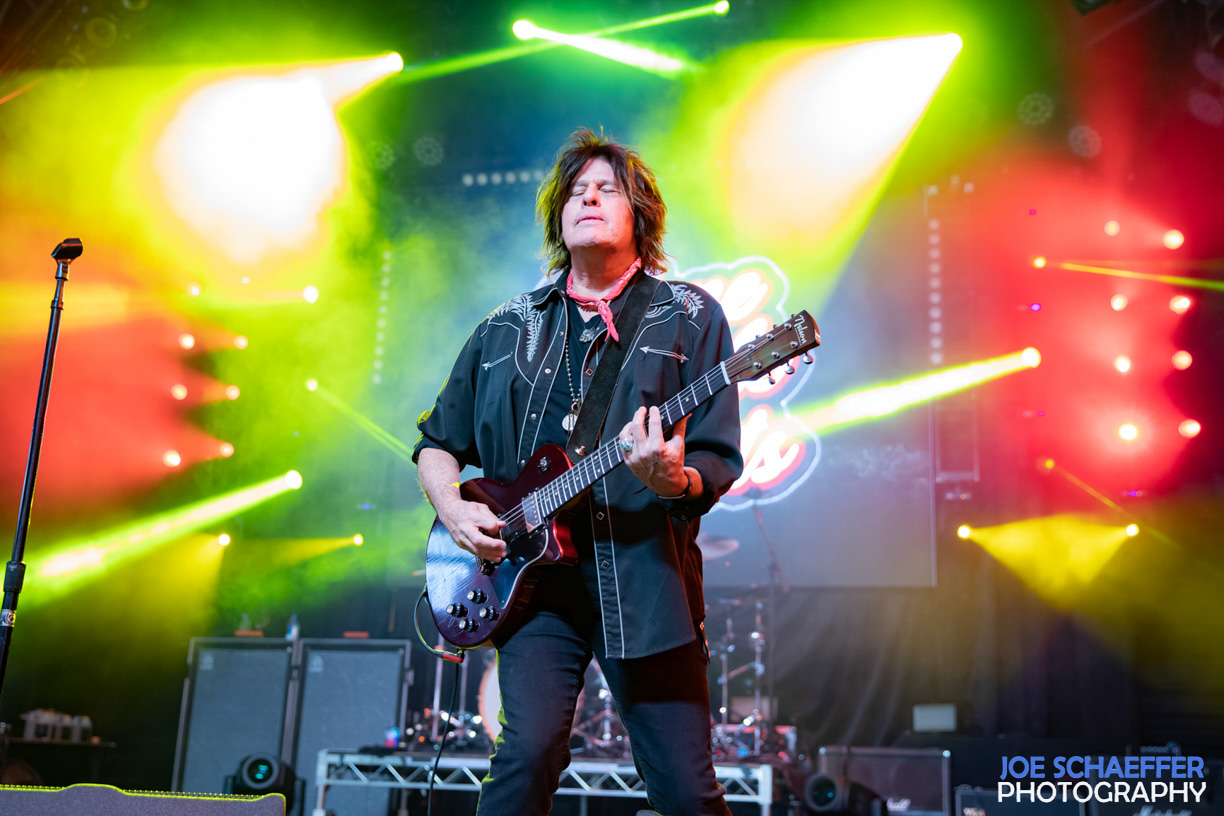 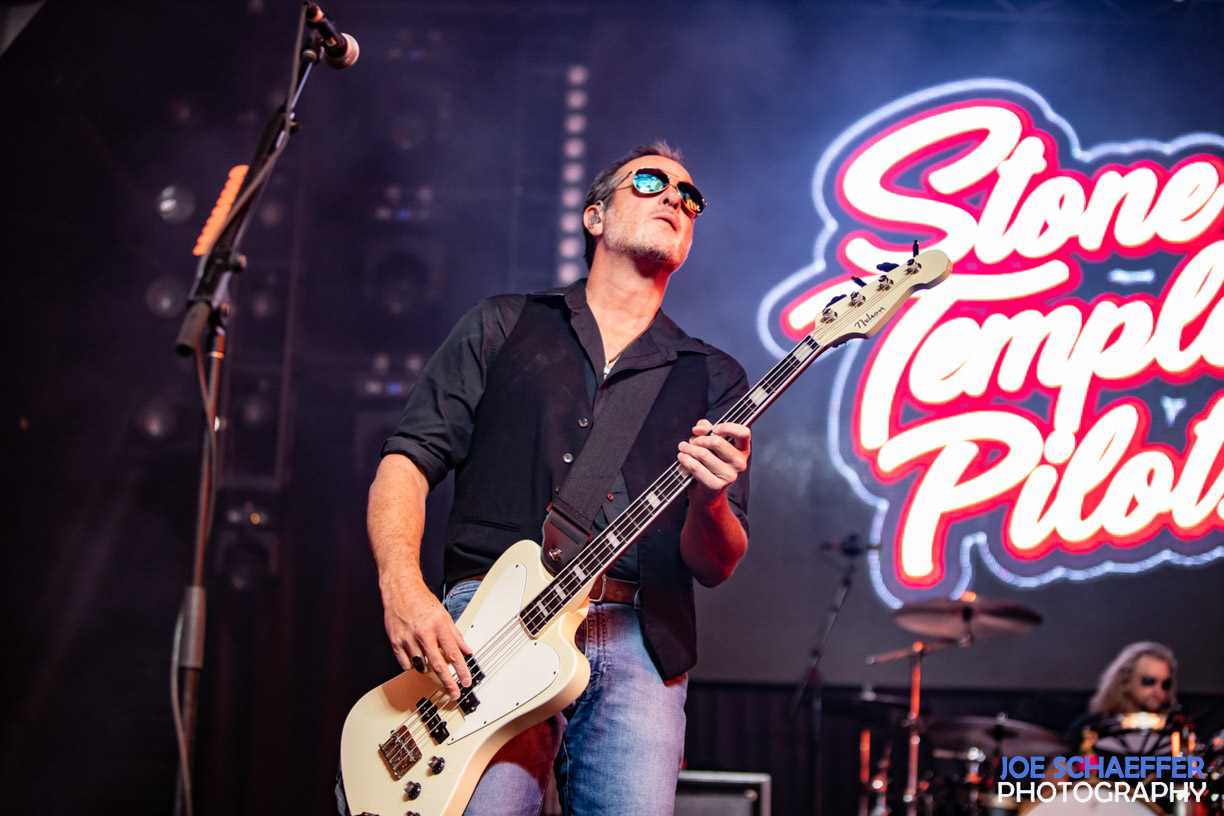 I’ve always considered brothers Dean and Robert DeLeo the real driving force of the band. This evening was no exception. Along with drummer Eric Kretz, the band were on fire and made dedicated STP fans feel right at home. 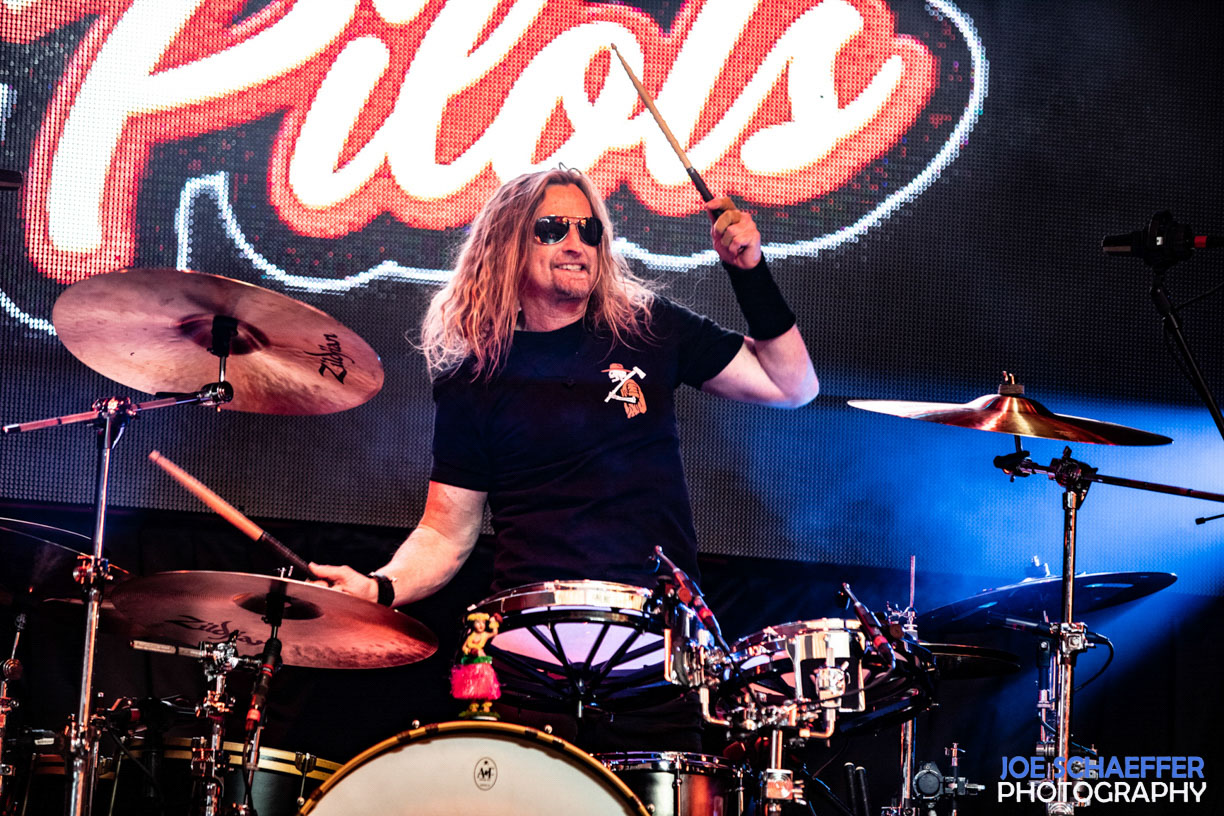 “Big Empty” included a short intro performed by just the DeLeo Brothers. The crowd cheered and sang every word during “Plush”. The show wound down with a two-song encore of “Piece of Pie” and “Sex Type Thing,” Gutt thanked the crowd and thus ended a night of some great alternative rock music.