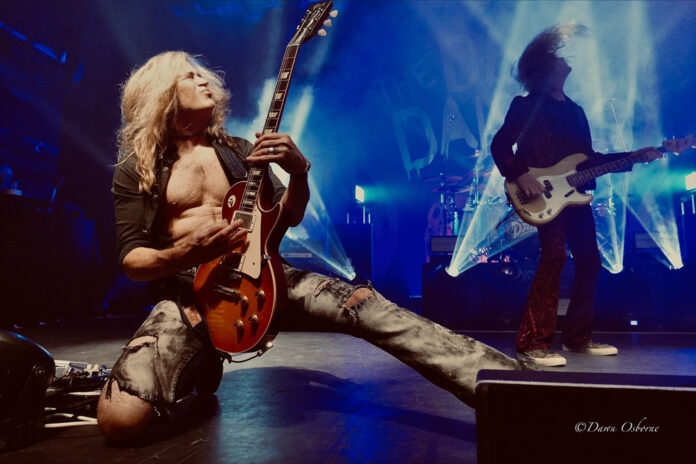 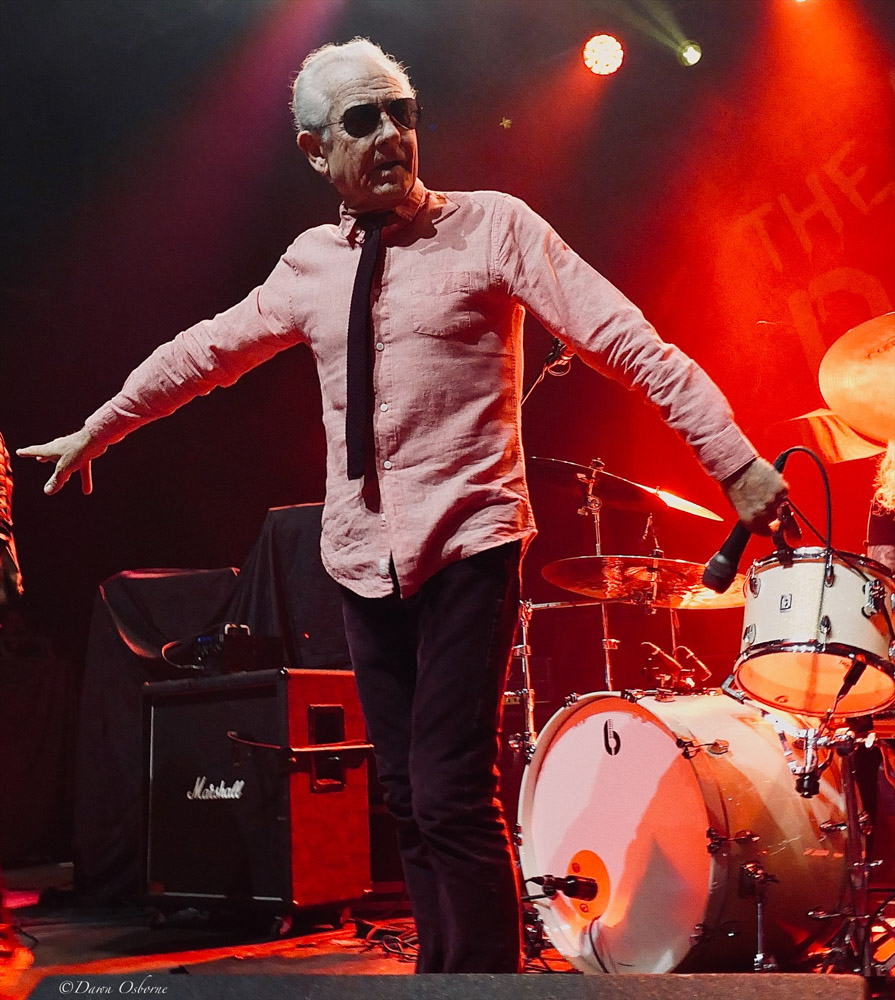 This is a heavyweight bill tonight and it is hard to believe that the opening act is the mighty Graham Bonnet. He’s still looking pretty fit and is in good voice tonight. It was, therefore, surprising when he suddenly fell flat on his back with both legs in the air during the third song ‘Night Games’. 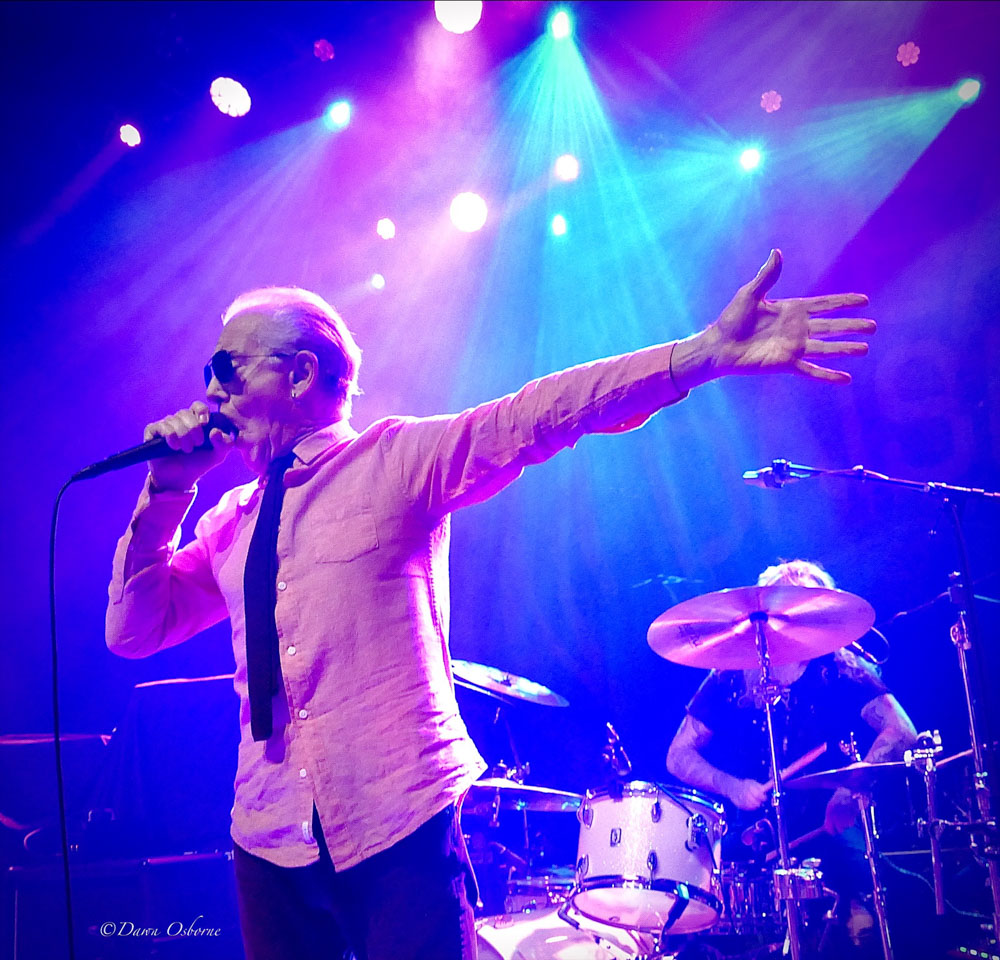 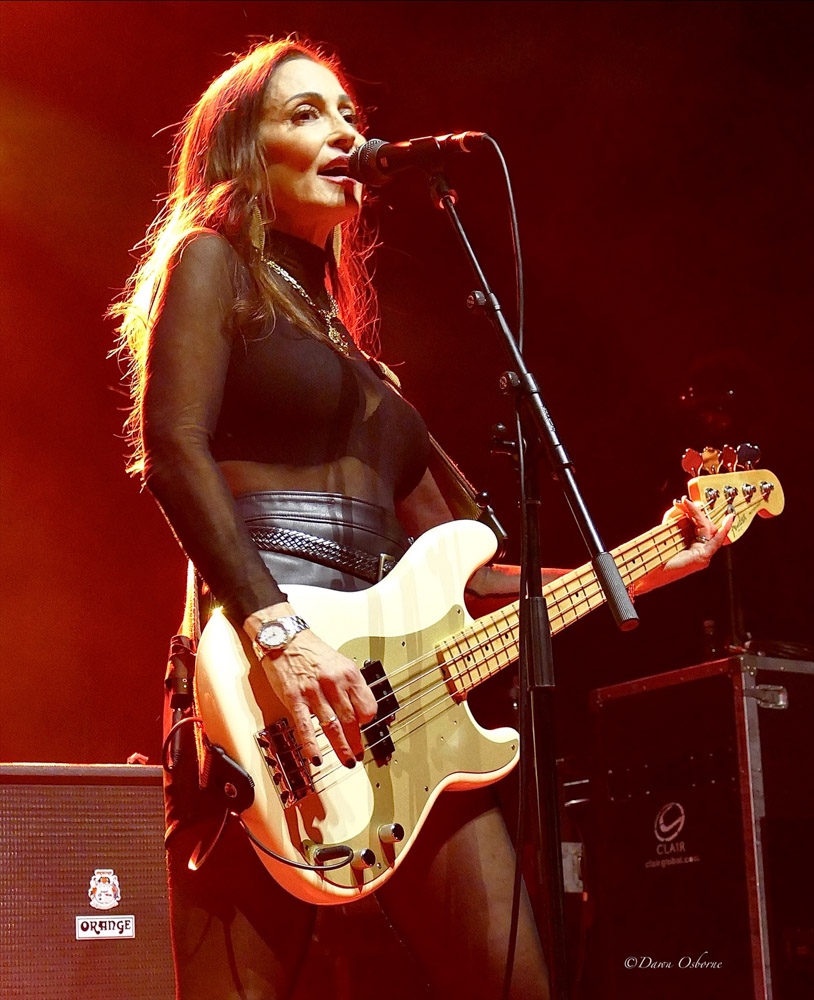 Luckily for him security had mistakenly cleared the photographers out after two songs and none of it was caught on cameras. After the song finished Bonnet explained that he believed it was due to not being used to his new in-ear monitors and I assume this was something to do with his inner ear and balance. Whatever caused it, he gets up like a trooper and, although he is seen nursing his behind with his hand a few times after the fall, he finishes his set with little ill effect.

When he sat down on the monitor right in front of me it was hard to know if he had done that for effect (it did make a good photo) or because he needed a rest. That said he delivered a quality set of monumental classics including ‘All Night Long’ and ‘Since You’ve Been Gone’. If anything the set list was far too short at seven songs. Finishing with the heavier ‘Assault Attack’ from his MSG days and Rainbow’s melodic monster track ‘Lost in Hollywood’ it seemed we only just got a small taste of him and he had to leave. 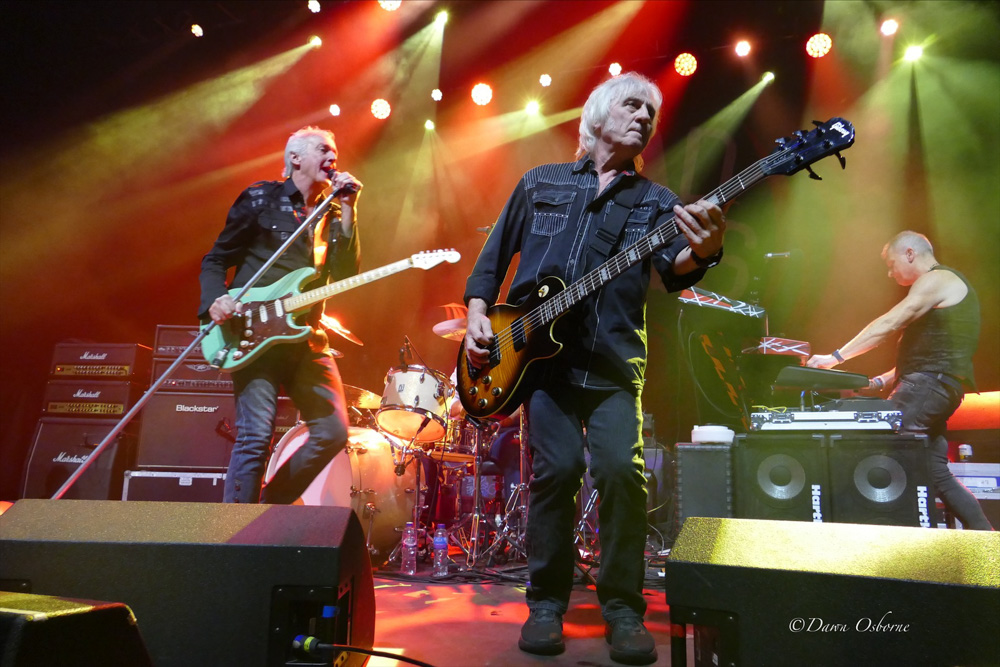 FM were up next and also had an extremely short innings with six songs. Criminally only one ‘I Belong To The Night’ from 1986’s Indiscrete and two from 1989’s ‘Tough It Out’ the title track and ‘Bad Luck’. There are three post 2018 tracks ‘Killed by Love’, ‘Synchronised’ and recent single ‘Turn This Car Around’. 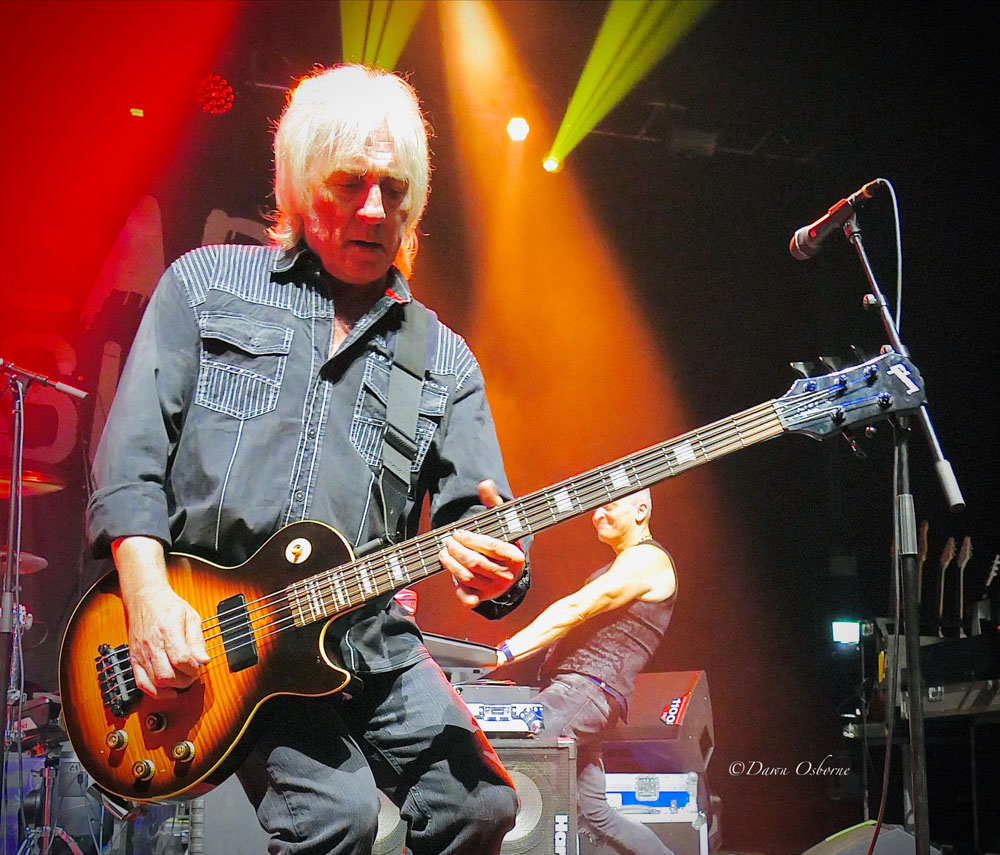 It’s great melodic rock with that big voice and those big keyboards. They just don’t really have long enough to even break a sweat. Certainly they are immaculate live and are an unparalleled ‘amuse bouche’, but I do wonder if they would feel unsatisfied doing so little of their extensive back catalogue before having to exit the stage. 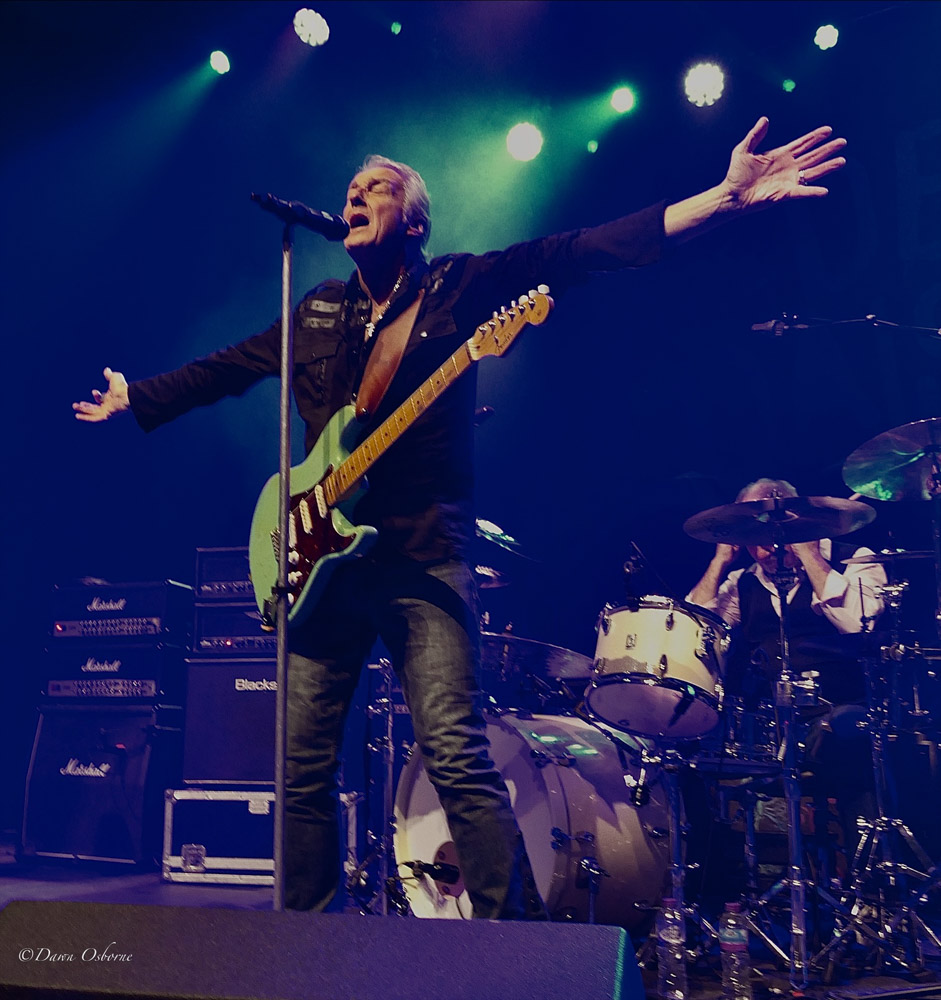 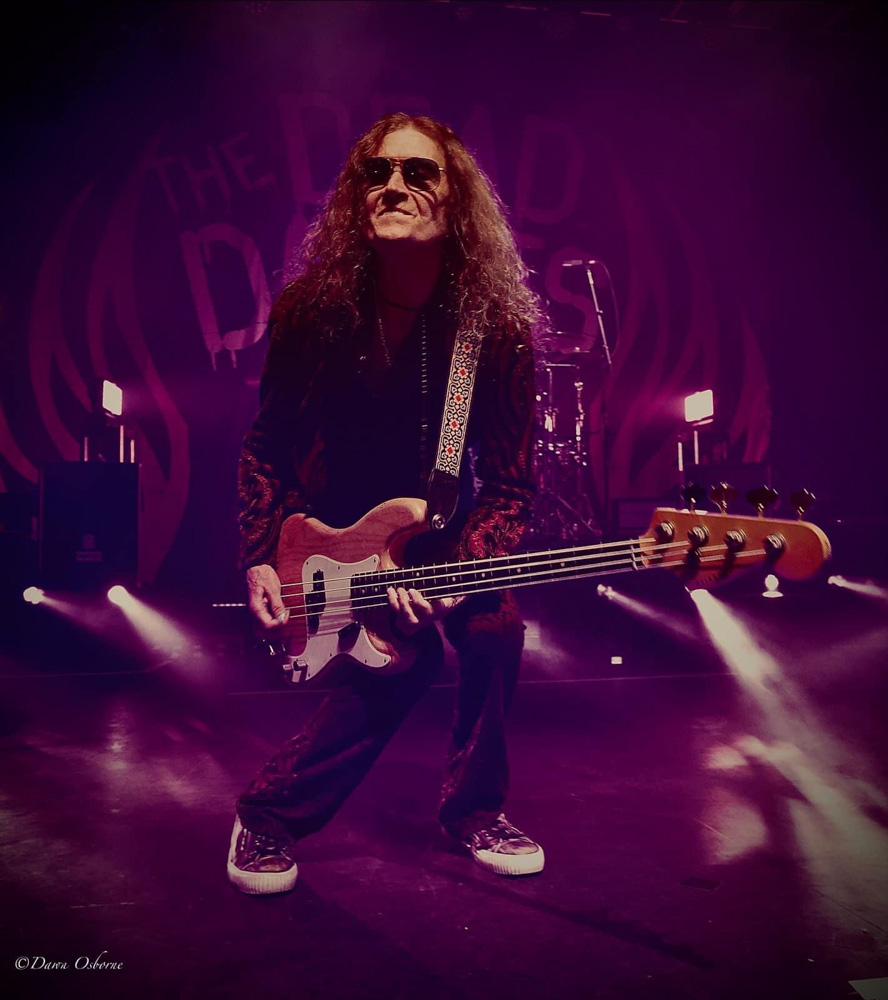 Luckily we get a very full main course from The Dead Daisies with seventeen songs. Unsurprisingly, given the dramatic change of lead singer to Glenn Hughes (formerly of Deep Purple) there is very little of the John Corabi era material and they concentrate on the last two albums which are more suited to Glenn’s very different voice which is still in mint condition. 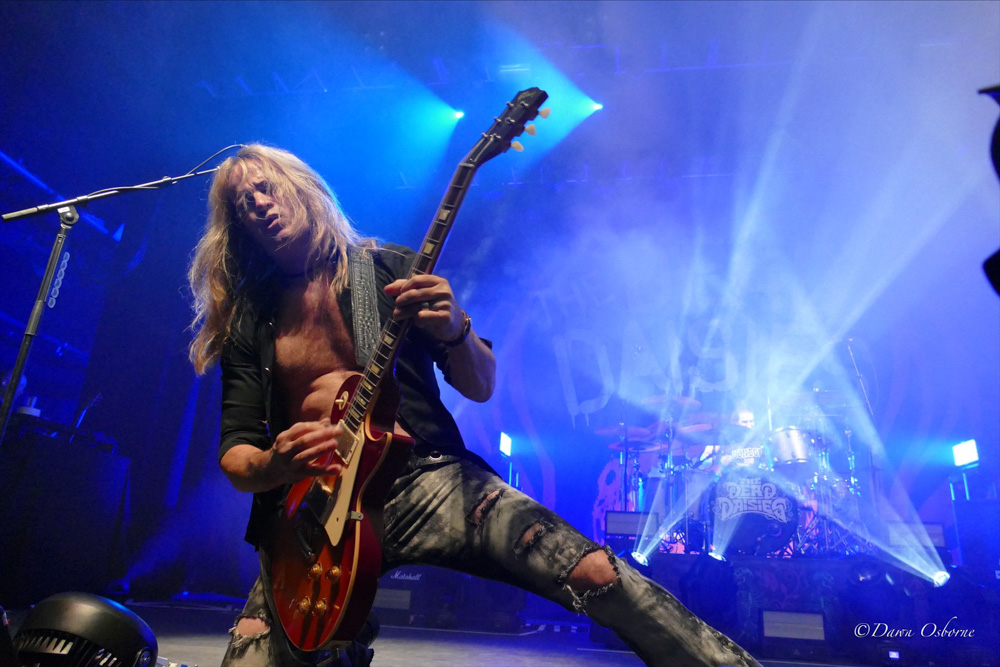 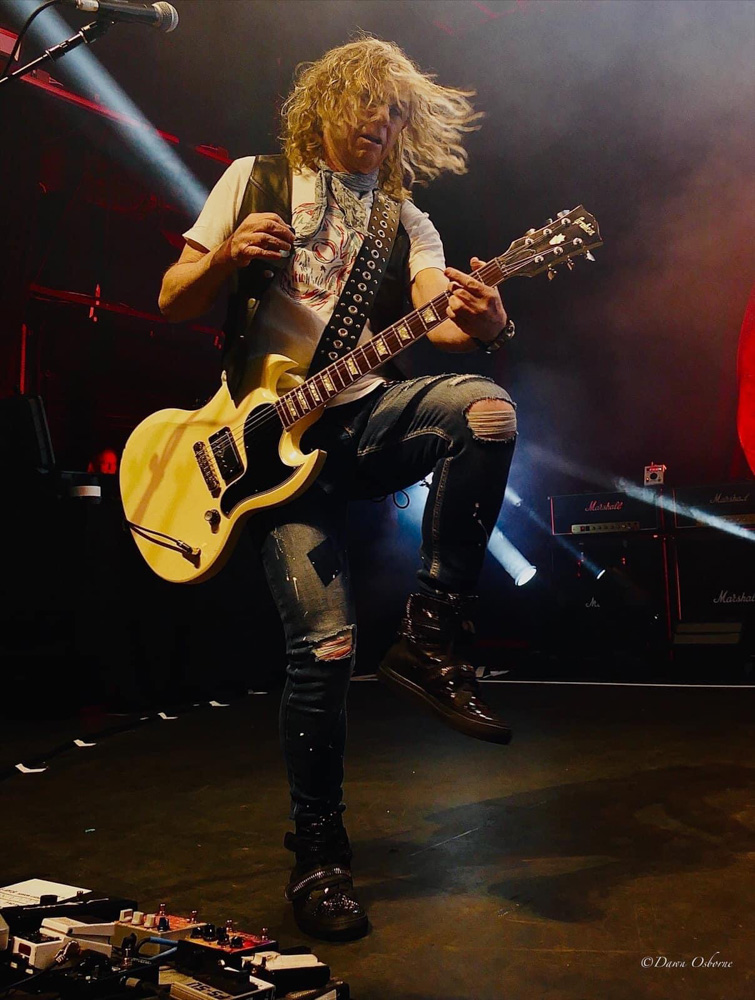 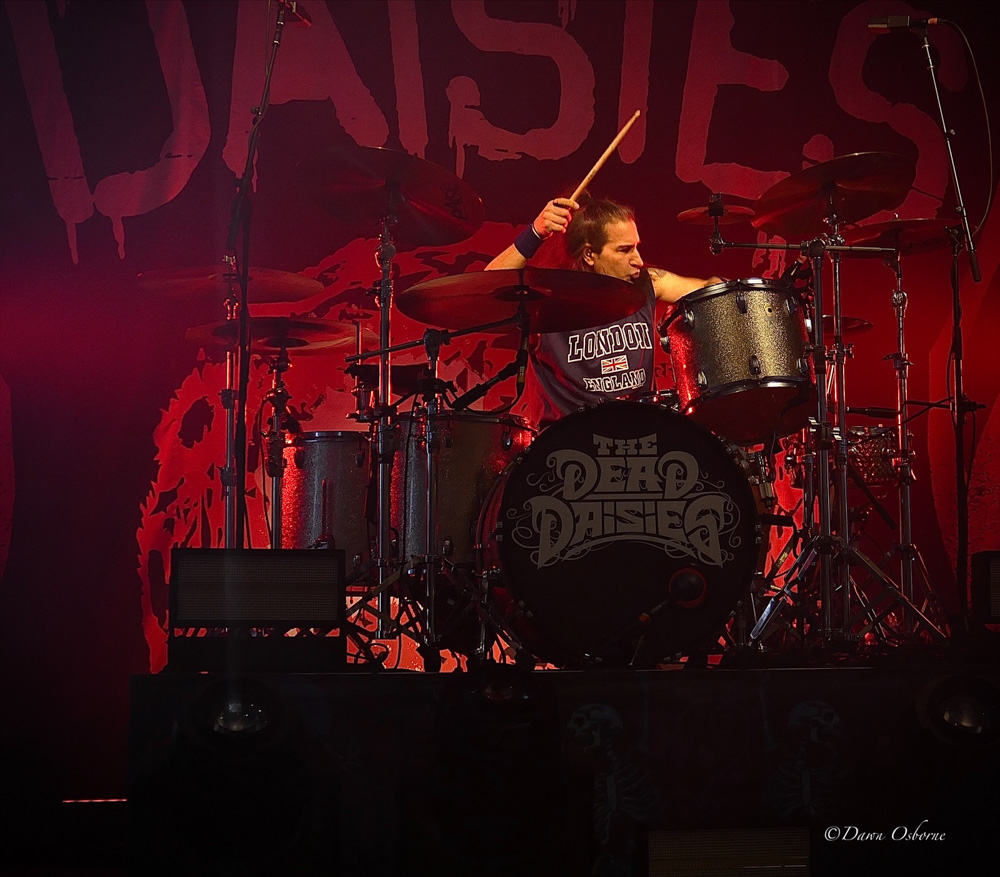 They do, however start with ‘Long Way To Go’, and ‘Burn It Down’ appears mid set with covers ‘Fortunate Son’ and ‘Midnight Moses’ which were originally done during the Corabi tenure getting the Hughes treatment. I think it is wise to concentrate on the newer material written for Glenn. While the versions of the Corabi era songs are good, the distinctive nature of Glenn’s voice means that they sound like the newer material in any event and are much more metal than their original Rock ‘n’ Roll genre. Glenn does not try to reproduce Corabi’s versions and nor should he, he has a strong offering all of his own. 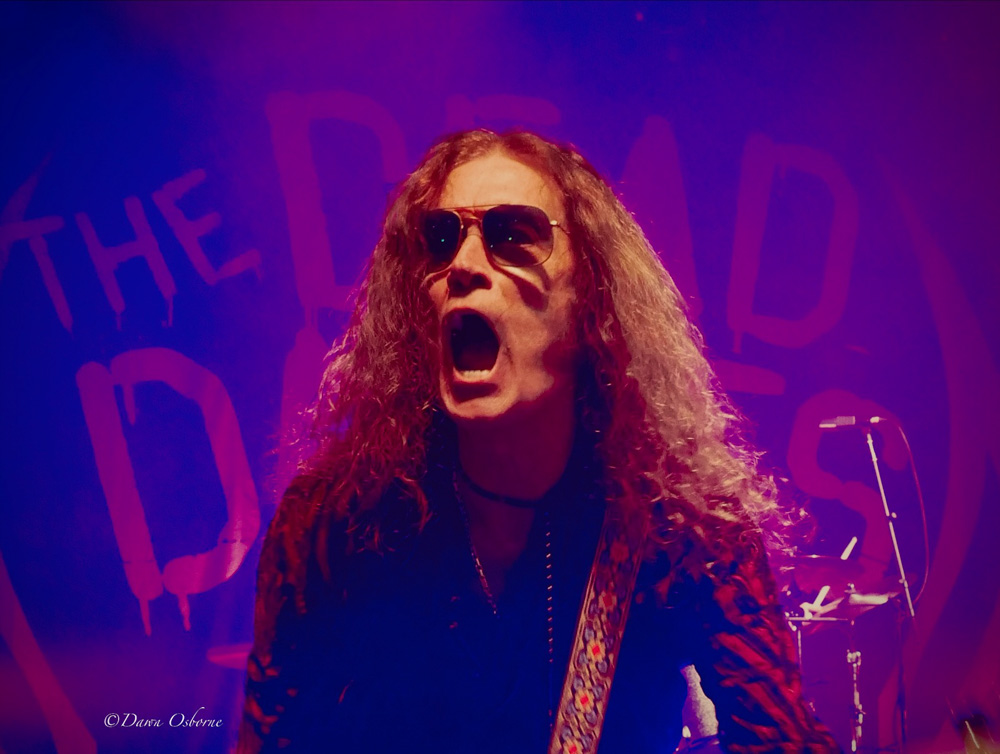 So the show is mainly superb versions of songs from the albums the Daisies have recorded with Glenn. How he manages to gig so much and still have such an immaculate voice at his age is just amazing. Of course, Doug Aldrich, Brian Tichy and David Lowy are also top of their game and with a top notch light show my overwhelming impression is they made the Kentish Town Forum seem like a stadium, when in fact it is mid size. They are effortlessly able to belt out single after single from the new albums in a seemingly endless pot of epic songs. It is a great spectacle of talent and power. 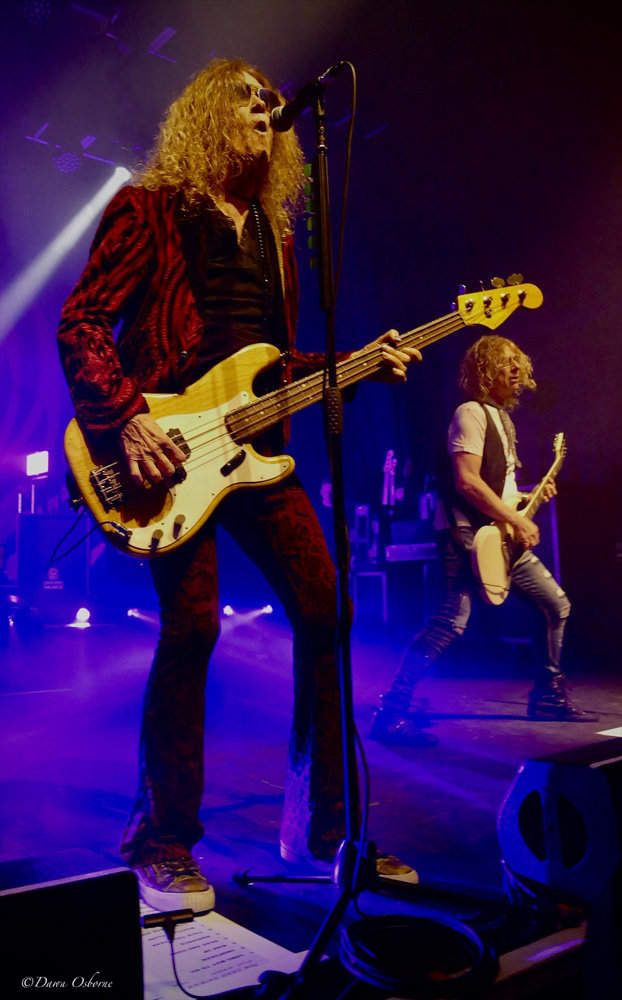 One very surprising element of the show, however, is that there is, not only a drum solo, which a lot of bands forgo now, but an extremely extended drum solo. It was so long that when Nigel Mogg from The Quireboys went out for a cigarette at the beginning of Tichy’s solo, when he came back, much to our amusement, it was still going! It was a good solo, but I think we all knew that the real purpose was to allow the rest of the band to have a bit of a breather mid set. I have to say as well it was a bit surprising when Tichy kept failing to catch his tossed up sticks, surely not his usual form. 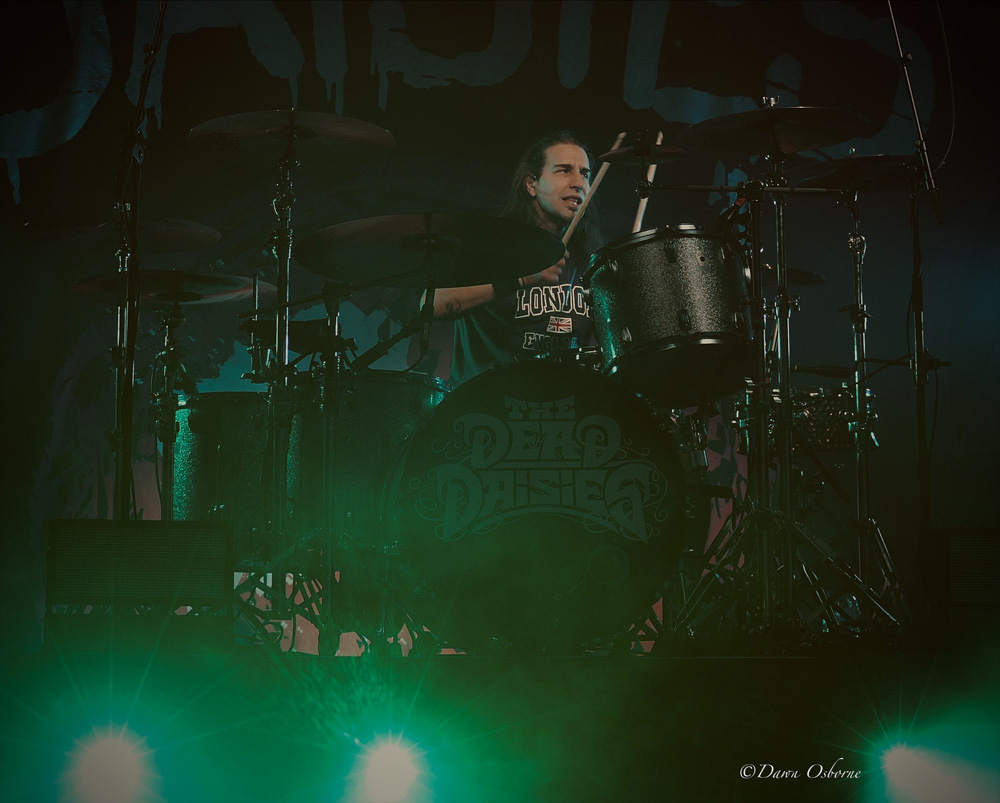 It is impossible to listen to Glenn Hughes without being reminded of Deep Purple Mk III. Indeed with such an amazing heritage and legacy it would be mad for them not to channel that in some way, which indeed they do with the biggest Purple songs from that era with the mighty ‘Mistreated’ and ‘Burn’. This, again contributes to my sense that this is a stadium quality band and I am sure that is where they will be playing before long. 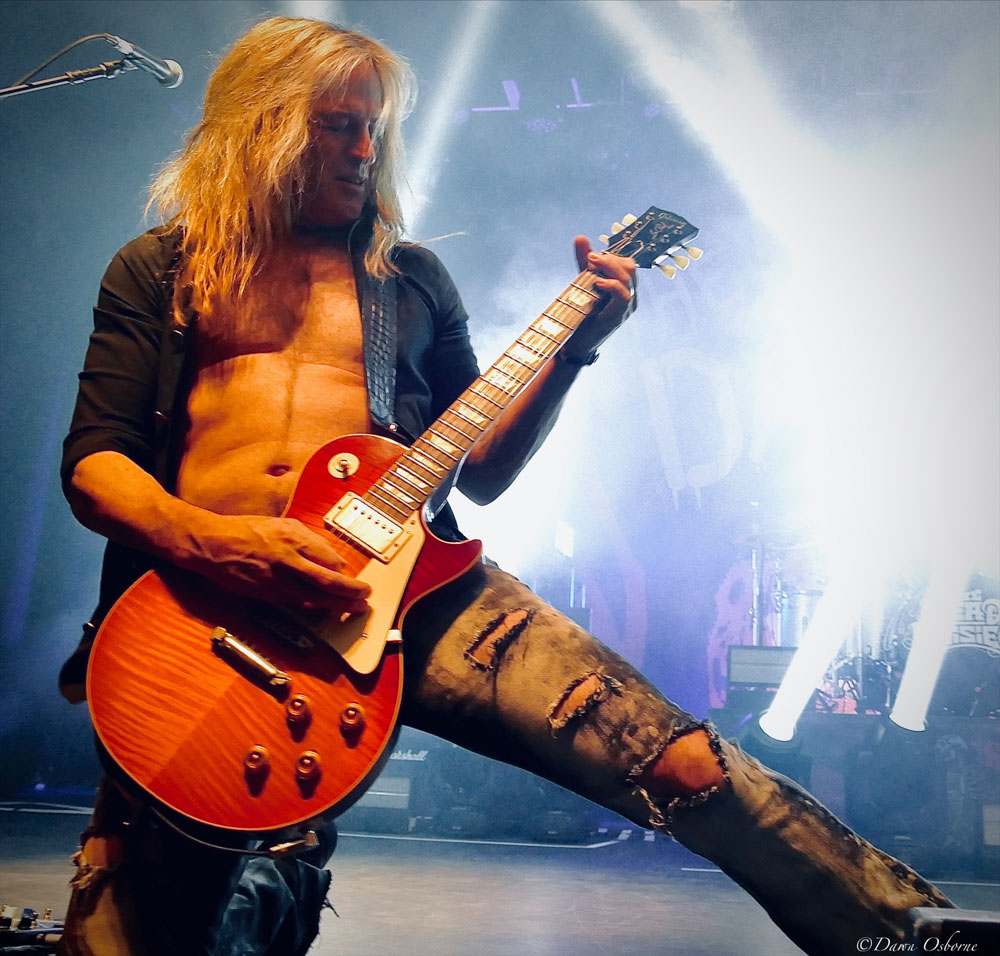 Despite all the Rock Gods on the stage Glenn is extremely humble expressing his love for the UK and thanking the audience for coming out. We are, of course, in the middle of a cost of living crisis and yet the venue is packed out. At the end someone noticed my notebook and shouted “It’s like Saturday Night on a Tuesday.. and you can quote me” and so I think I will.