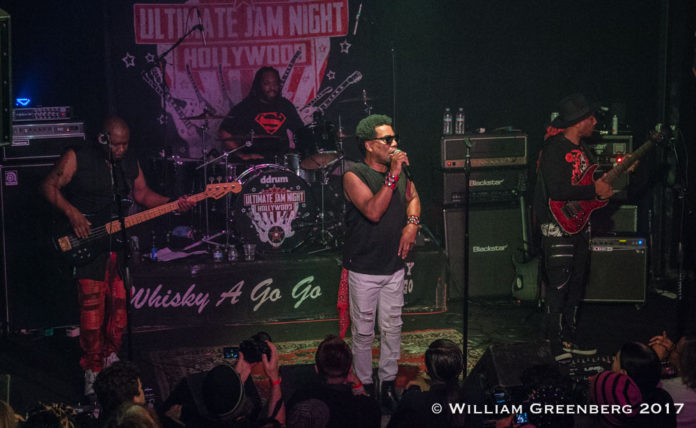 Sound Barrier brought their “Red & Black Attack” back to the Ultimate Jam Night at the Whisky a Go Go with a Bang! They looked and sounded great and it’s clear they continue to carry the same message of progress and unity through music. 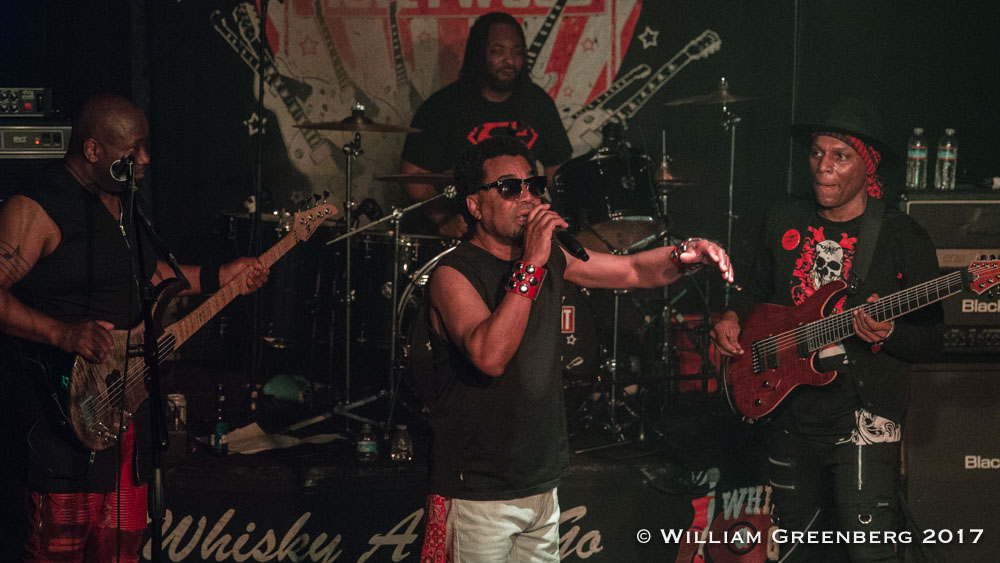 Originally formed in 1980, Sound Barrier brought four African-American musicians together into the white dominated genre of Heavy Metal.  Paving the way for and influencing such bands as Living Color, Deftones, Suicidal Tendencies, and Rage Against the Machine, Sound Barrier didn’t receive initial success, but their presence provided an unheard voice that today is only becoming louder and as necessary as ever.

Brought back together at the insistence of Rage Against the Machine guitarist, Tom Morello, Sound Barrier played a mini set debuting their first new material in over 30 years. They played a few covers and then unleashed their first new songs on the packed house.

They in turn honored another legend in Rock, Phil Lynott, by playing Thin Lizzy’s, “Hollywood (Down On Your Luck)”. 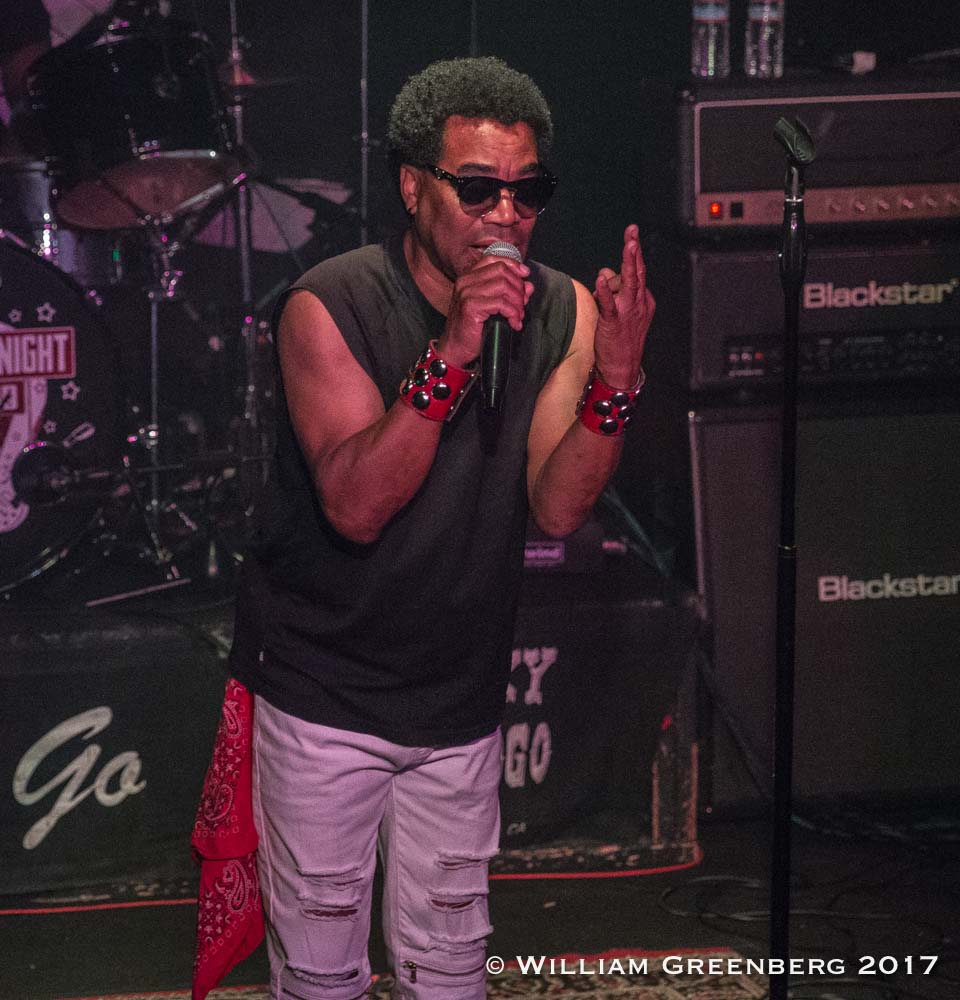 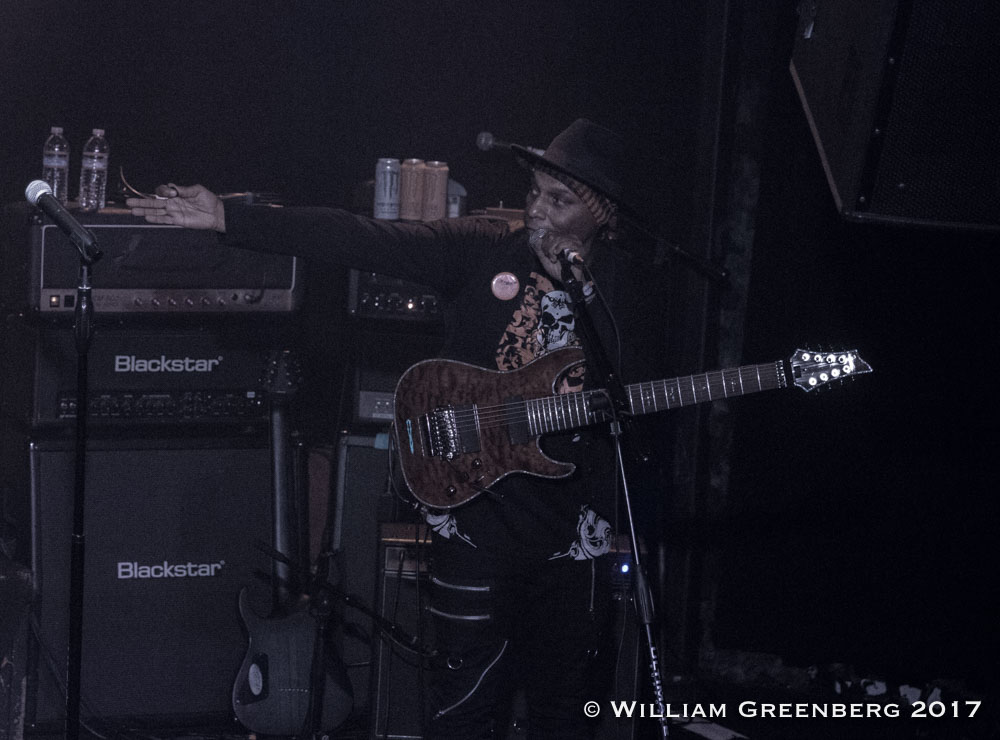 The “Metal Has No Color” theme was laced throughout the evening in an effort to bring people of all races, color and creed together through the universal healing and love of music. 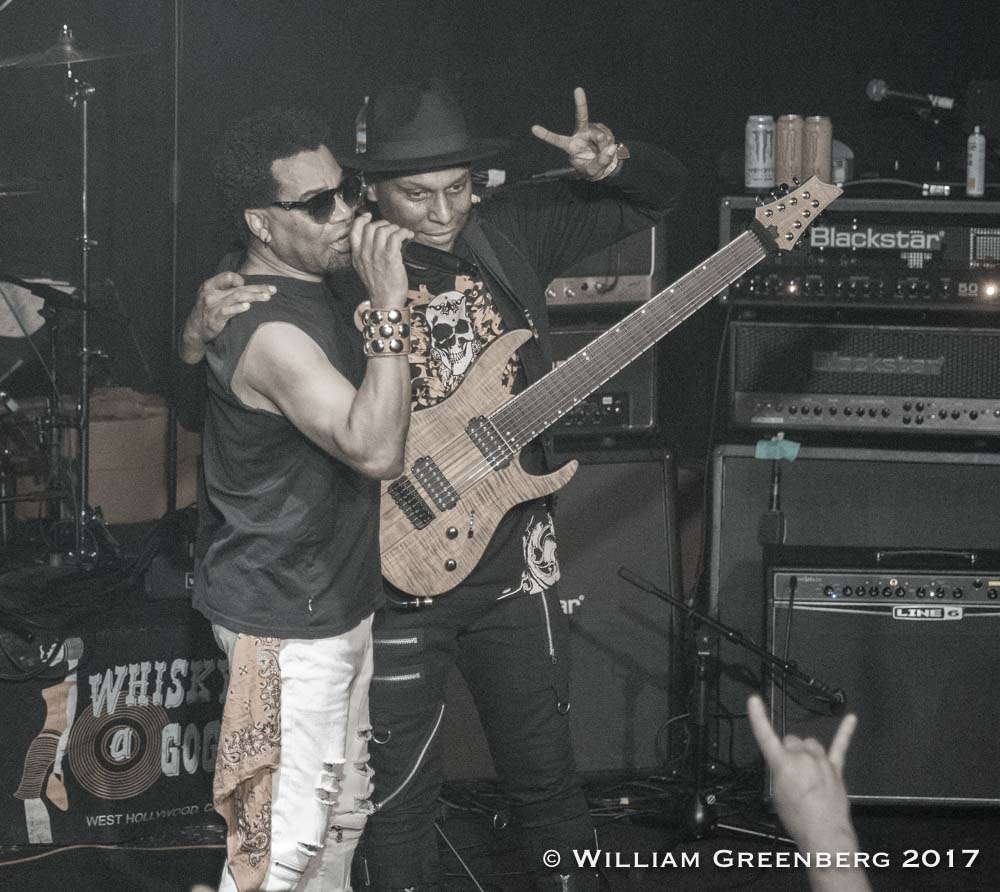 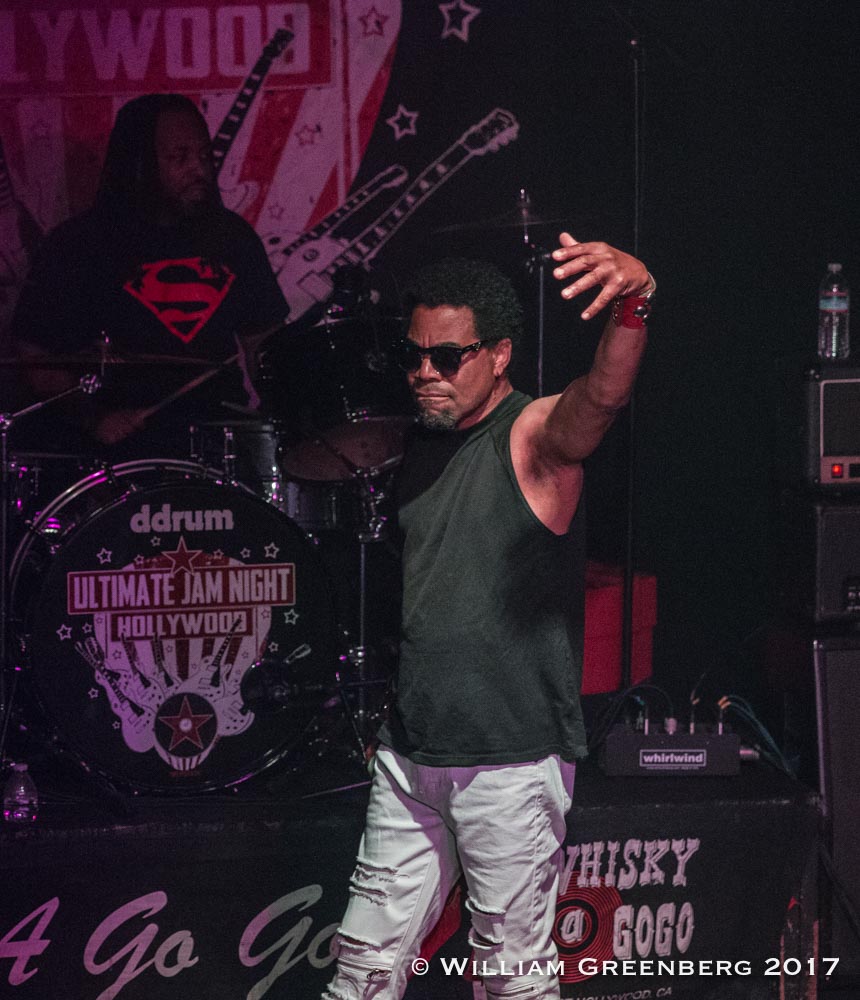 L.A. is a melting pot as is, but tonight the diversity on and off the stage allowed for a harmonious gathering, all in the name of music. 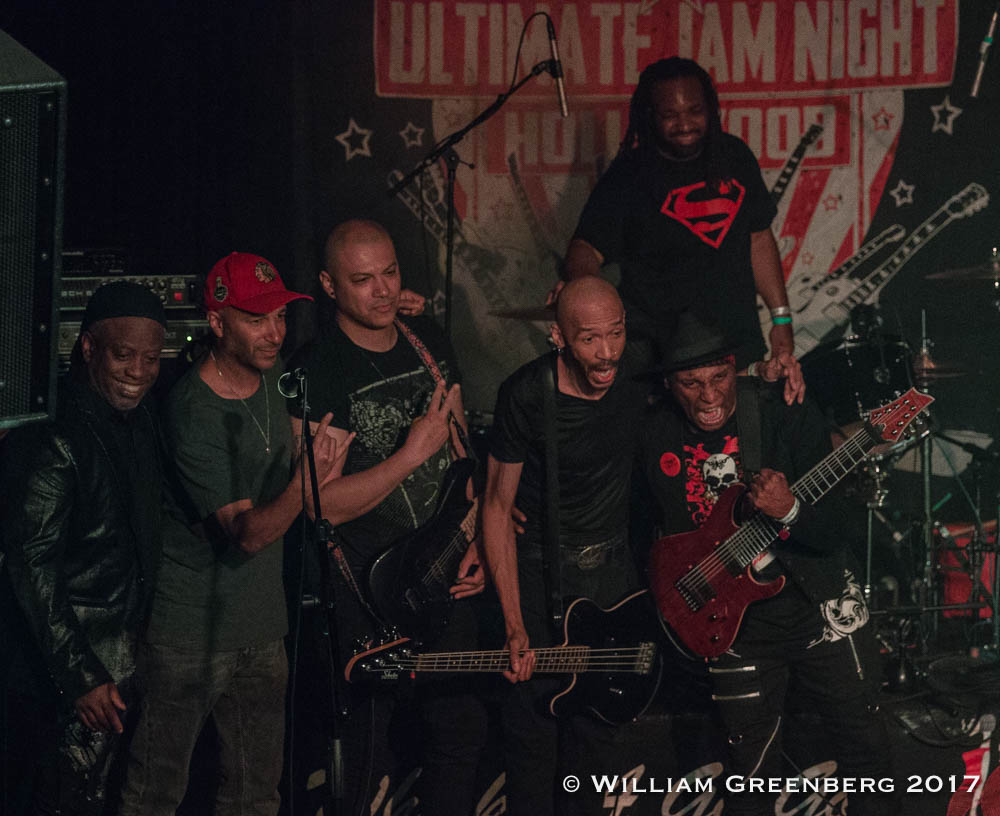