The fourth annual BOWL FOR RONNIE Celebrity Bowling Tournament, benefiting the Ronnie James Dio Stand Up and Shout Cancer Fund (www.diocancerfund.org), held on Thursday, October 25, 2018 at Pinz Bowling Center in Studio City, California was once again sold out in advance. This year’s event brought in its largest amount yet – $74,000 – for the music-based organization that has been raising awareness and much-needed funding for cancer research since 2010. 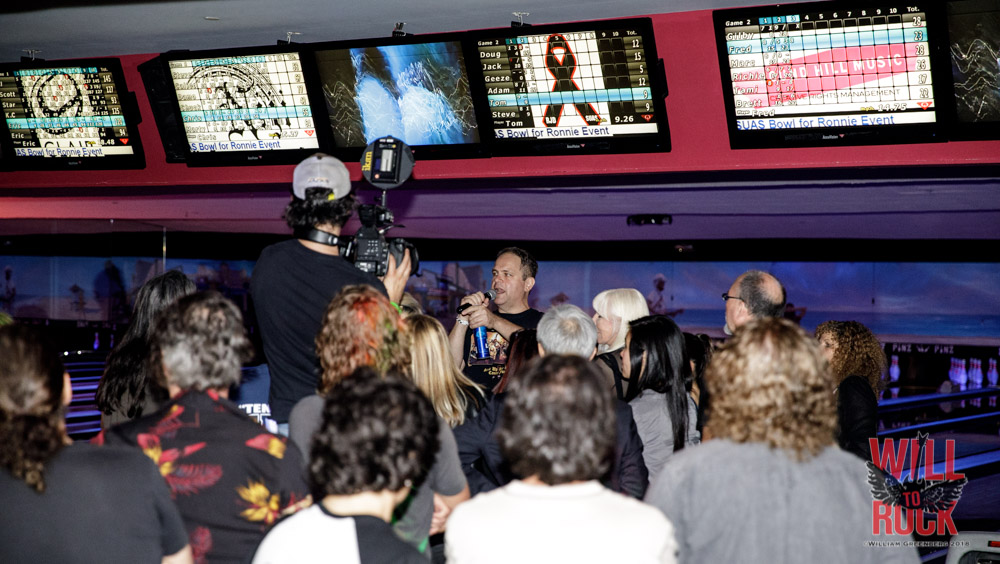 Over 300 rockers, bowling enthusiasts, Dio fans and Dio Cancer Fund supporters made up the capacity crowd with the event hosted by broadcast personality Eddie Trunk, who is heard on SiriusXM’s Volume channel and whose TV series TrunkFest airs on AXS-TV. 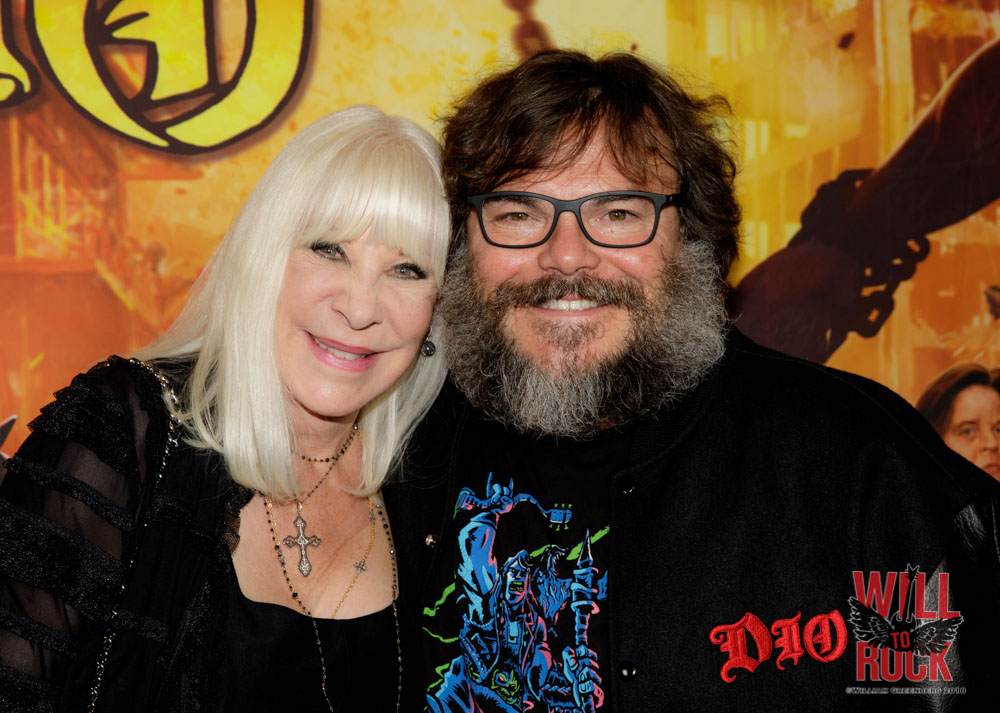 Also in attendance was Steve Prziborowski of San Jose, California who won the Ebay auction to play on what turned out to be Eddie Trunk’s first place-winning celebrity bowling team. Joining Eddie on that team were Jack Black, Geezer Butler, Doug Aldrich, Adam Jones and Tom Morello, who once again brought his own bowling ball. 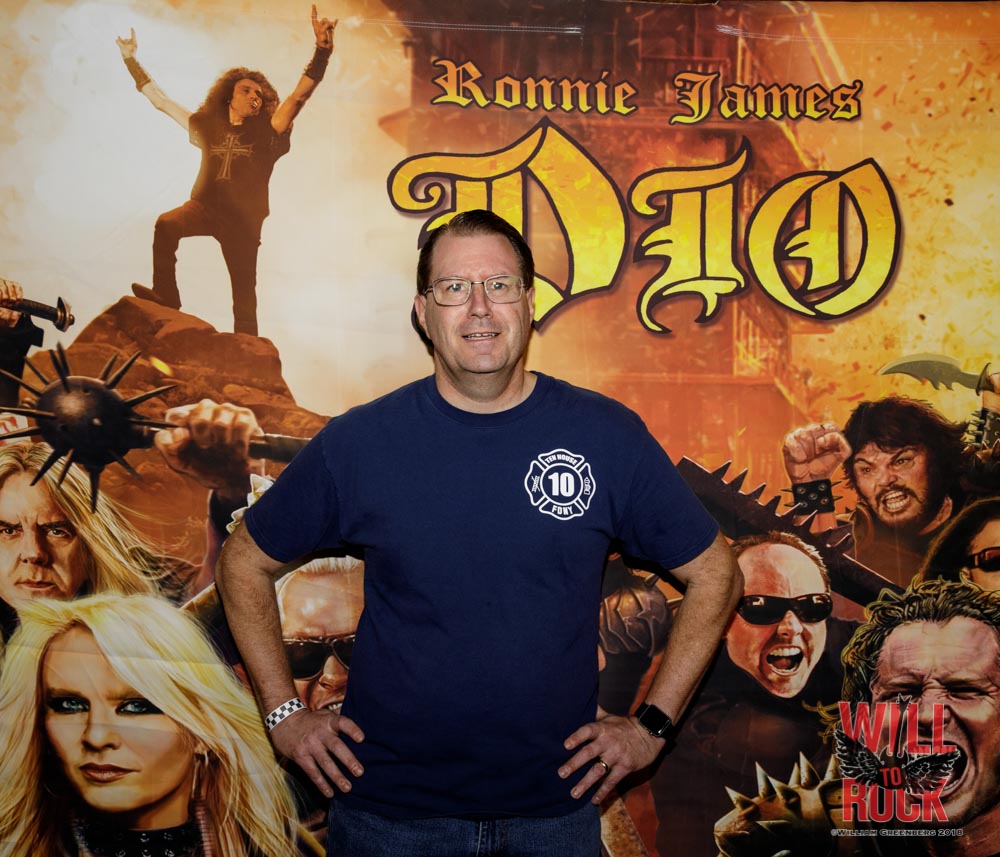 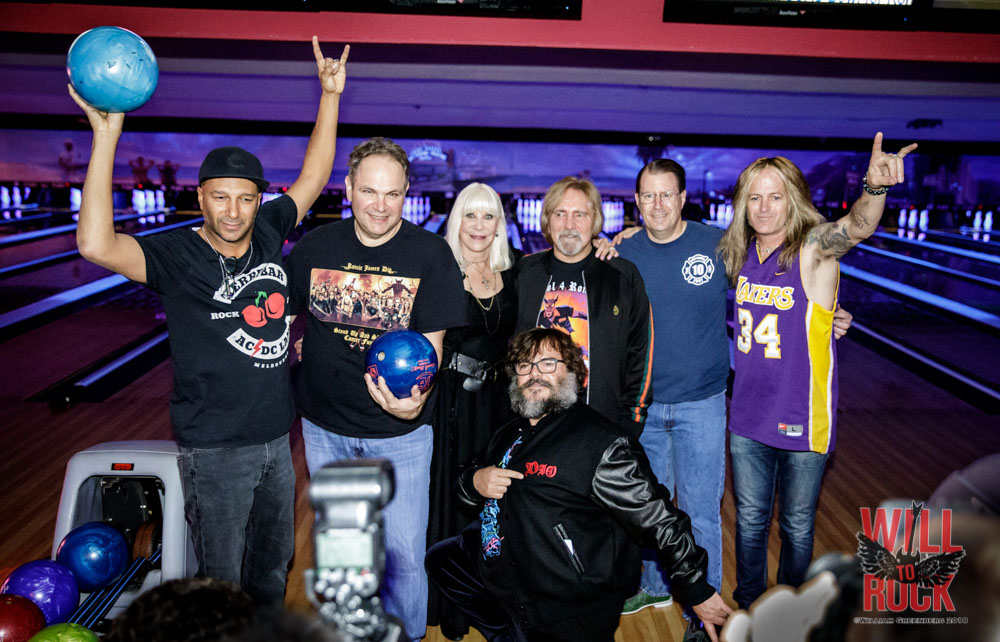 The Dio Cancer Fund presented a check for $61,000 to Dr. David Wong and his research team from the Dental Research Institute at the University of California, Los Angeles where they are developing a non-invasive saliva test for early cancer detection. This money will fund the gastric cancer research of team member Dr. Karolina Kaczor-Urbanowicz for the coming year. Dr. Wong believes this simple test will receive FDA approval and become available for medical use within the next two years. Information about Dr. Wong’s research is available here: http://hspp.ucla.edu/wonglab/

BOWL FOR RONNIE attendees were treated to an evening of fun, food, raffle drawings, and, of course, the bowling competition for trophies in the name of raising funds and awareness for the Dio Cancer Fund. 100% of the net proceeds from the BOWL FOR RONNIE will go to further the Dio Cancer Fund’s mission of cancer prevention, research and education (www.diocancerfund.org).

2018 BOWL FOR RONNIE winners are as follows: 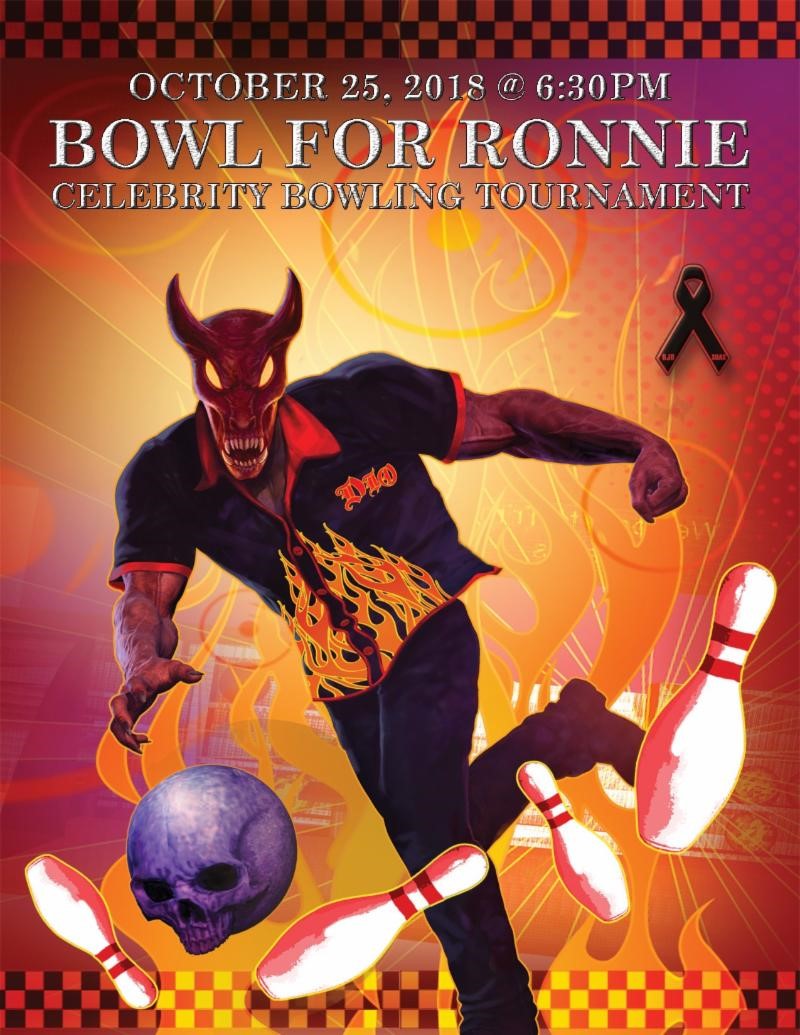 The Ronnie James Dio Stand Up and Shout Cancer Fund was formed in memory of the legendary rock singer Ronnie James Dio, who lost his life to gastric cancer in 2010.   A privately funded 501(c)(3) charity organization dedicated to cancer prevention, research and education, the Ronnie James Dio Stand Up and Shout Cancer Fund has already raised over $2 million in its short history. Monies raised have been committed to the cancer research work of the T. J. Martell Foundation for Cancer, AIDS and Leukemia Research, the gastric cancer research unit of the M.D. Anderson Cancer Center in Houston, where Ronnie was treated for gastric cancer during the last six months of his life, and other cancer research projects. The Dio Cancer Fund has committed funds to support the research of Dr. David Wong and his team at the UCLA School of Dentistry in developing a simple, non-invasive saliva test for the early detection of cancer, which is in keeping with the Fund’s mission of cancer prevention, research and education.

On behalf of the SUAS Board, Co-founder and President Wendy Dio would like to thank everyone who has so generously donated to the Dio Cancer Fund, as well as all of the musicians, celebrities and volunteers who continue to graciously donate their time and talent. Thanks to everyone who has participated in our events. We are so proud to be able to do our part to help put an end to this terrible disease.