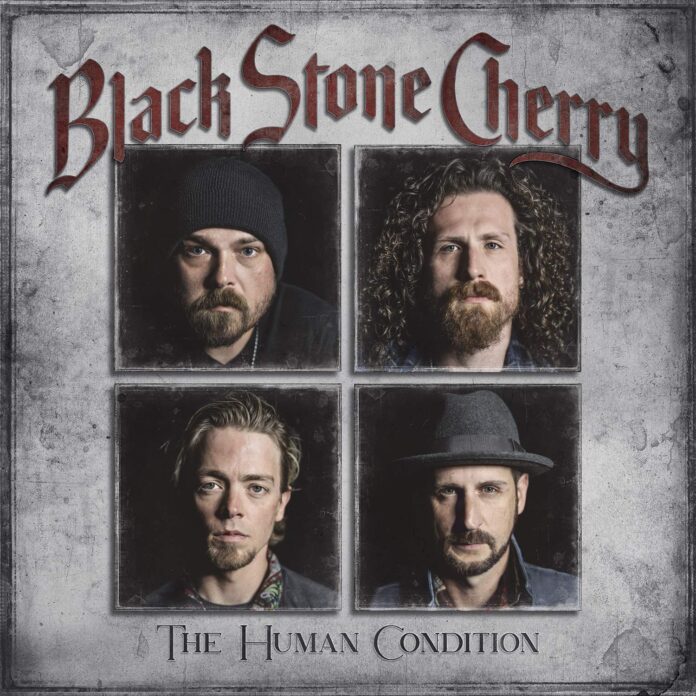 Getting on for twenty years together and seven albums in with the same line up, Black Stone Cherry consistently produce great albums. The album is apparently a mix of songs written last year and some that have been around for a while. While it definitely can be seen as a continuation of the BSC legacy, it is diverse and in some ways is less purely Southern Rock in character.

‘Ringin’ In My Head’ with a memorable chorus and visceral guitar that gets you in the gut is one of those more traditionally Black Stone Cherry like songs due to the vocal and the choppy beat. ‘Some Stories’ is typically BSC with some Hendrix like guitar and the conspiracy theory/fake news subject matter is super topical for the Southern States. ‘Again’ has a bouncy rhythm in the verse and a blistering guitar solo that is classic BSC, but the chorus is smoothly commercial almost bordering on AOR.

‘When Angels Learn To Fly’ is almost a classic 80s ballad although Chris Robertson’s vocal gives it a slightly harder edge. ‘If My Heart Had Wings’ is another big ballad which could even be a mainstream chart song Black Stone Cherrified.

‘Push Down & Turn’ and ‘Devil in Your Eyes’ have a streak of BSC, but they’re kinda mixed with 90s era Pearl Jam/Alice in Chains heaviness and with a slightly more grungy vocal to make them something else.

‘Live This Way’ seems to have wider influences including maybe even some some jazz rock with the beat being even more choppy than usual, it’s almost experimental in nature.

‘In Love With The Pain’ has a very traditional Southern Rock verse combined with a more straightforward rock chorus and since the verses apparently came from one song and the chorus from another that would explain the contrast. ‘The Chain’ has a trippy 70s style start and although the heavy firepower soon crashes in, the chorus still has a lighter weight feel.

‘Ride’ has a heavier vocal but the structure of the song is quite different from a normal BSC song with something of a NWOBHM influence going on in there somewhere. You might struggle to identify the chorus as BSC if that’s all you heard of the song. ‘Keep On Keepin’ On’ has a super Southern verse, but the chorus could be open road heartland rock from half a dozen artists.

Although this is a cover of an ELO song, ‘Don’t Bring Me Down’ could be a 50s rock n roll song, but add the Chris Robertson vocals, the ZZ Top like guitar solo and the heavy rock band back end and it’s definitely rock with slightly glam ‘woo hoos’!

While there are undoubtedly songs which are very BSC on this album, we can see why some of them may have been kept in reserve and to put them together on this album shows a willingness to expand a little what the band are about. Bands have to grow and while that Black Stone Cherry vocal will always be distinctive, the definition of what they do may now be a little looser than it was before.