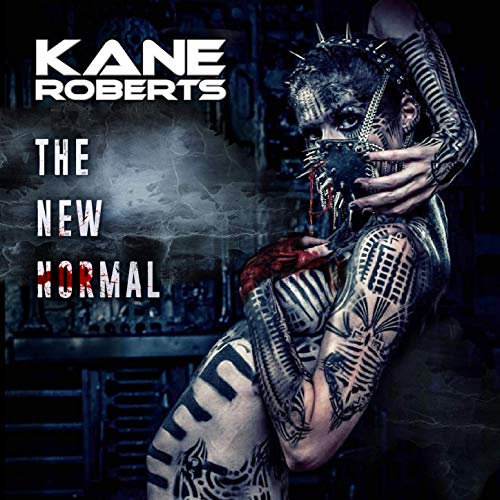 Hopefully you’re familiar with the name Kane Roberts guitarist with Alice Cooper in the late 80s and who brought out the fabulous solo album ‘Saints and Sinners’ in the early 90s when tracks like ‘Twisted’ made it to MTV. While he has only dipped in and out of the music industry since, Kane has maintained his connections in the music industry and his guitar skills and has managed to assemble a glittering array of guests on this album which unsurprisingly, given Kane’s skills as a computer programmer and his involvement with computer games, is not an album which just relies on past glories. It’s relevant and fresh while building on all of his impressive past.

Alice Cooper contributes vocals to single ‘Beginning of the End’ one of the heaviest tracks on the album with Alissa White-Gluz of Arch Enemy. It has an unusual structure featuring both death growls and operatic sections and gave birth to an amazing video that saw them all get together physically to shoot it. It ends with a big old school cinematic kiss between Alice Cooper and his wife Sheryl. Kane has always imagined things cinematographically and always has a grand vision for his projects.

Kane has involved a number of other strong female artists in this project, starting with Alice’s guitarist Nita Strauss on opener ‘King Of The World’ He also wrote the song ‘The Lion’s Share’ with Lzzy Hale, a surprisingly melodic number with some haunting guitar. Kane has a knack for a good melody, see tracks such as ‘Forever Out of Place’ and that’s one of the strong aspects of the album, which otherwise is certainly not an 80s revival album drawing from a much wider range of influences.

Kip Winger with his Grammy nominated musical credentials was the person who took Kane’s demo to Frontiers and so was instrumental in this release even happening. He also appears on no less than four tracks on bass and also contributed backing vocals on ‘Wrong’.

All of these guests should not detract also from Kane’s skill as a guitarist, exemplified on cracking solos on tracks like ‘Wrong’. Unlike a lot of lead guitarist’s solo projects he does not make the mistake of emphasizing his accomplished guitar work at the expense of the correct balance and approach for each individual track.

It can only be the sad state of the commercial music industry that has meant this album has not had as much of an impact as it should have. It was factors like these that had Kane seek to employ his creative talents in other new media industries that clearly are expanding. In this review I hope to celebrate Kane’s music and encourage him to carry on making it in the hope that critical acclaim can make up for this world where even with such a well executed project and such a well known cast of musicians this album barely makes a ripple in a pond that would have been a splash in a lake in a former era.