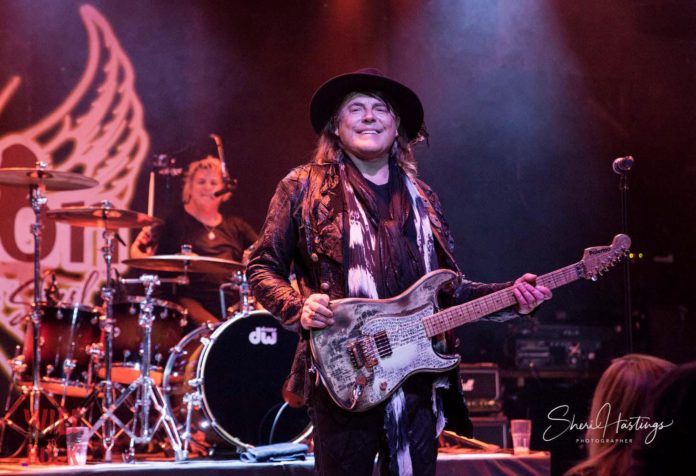 Review and Pictures: Sheri Hastings
Ending a 9 month tour, Dokken’s last show was at The Canyon in Santa Clarita which sits at one end of the Valencia Town Center mall, in a pretty unpopulated area. 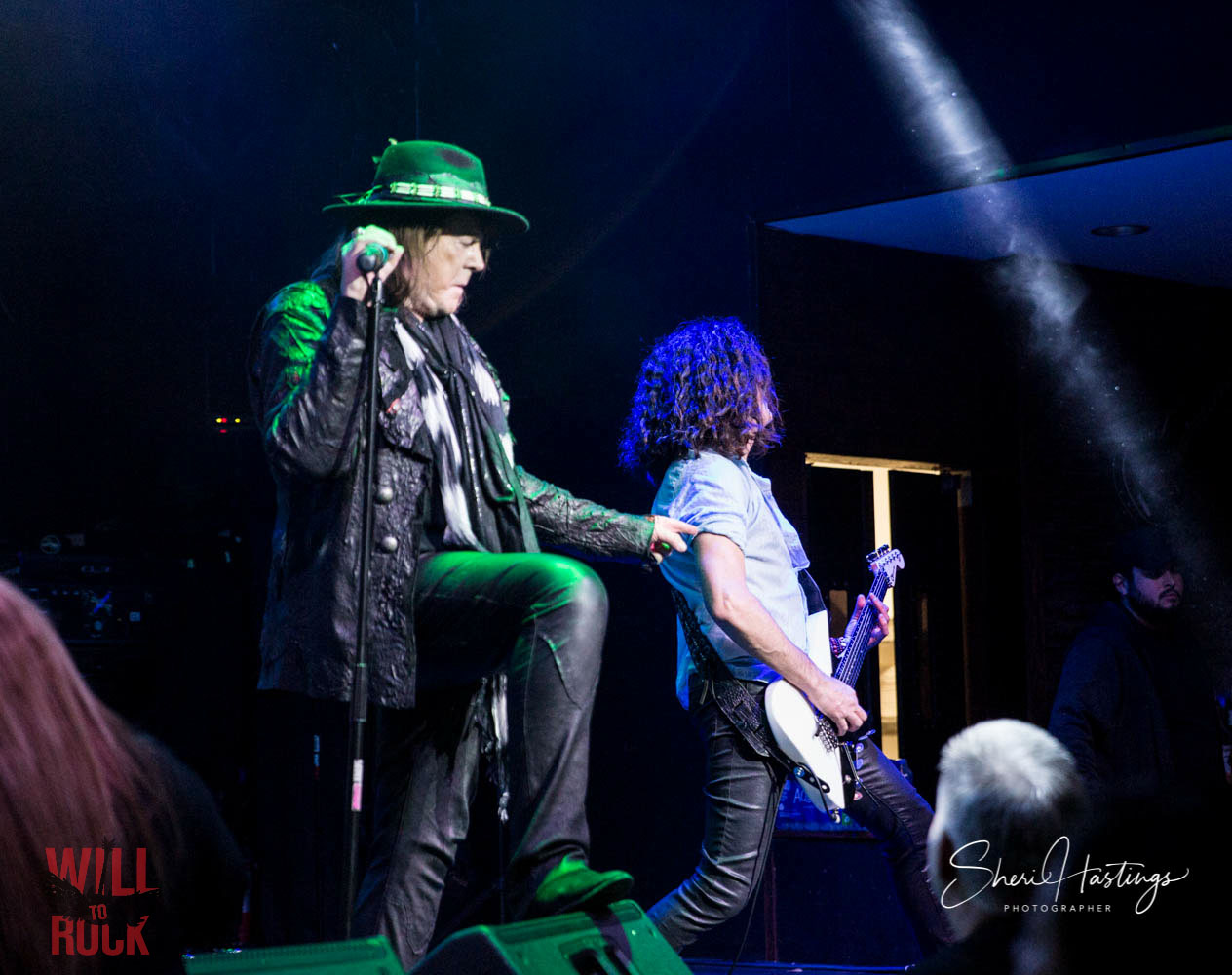 That didn’t reflect the turnout as the venue was packed with excited fans, and aside from a little “oops” moment (below), Don and the boys didn’t disappoint from the first note to their last bow. 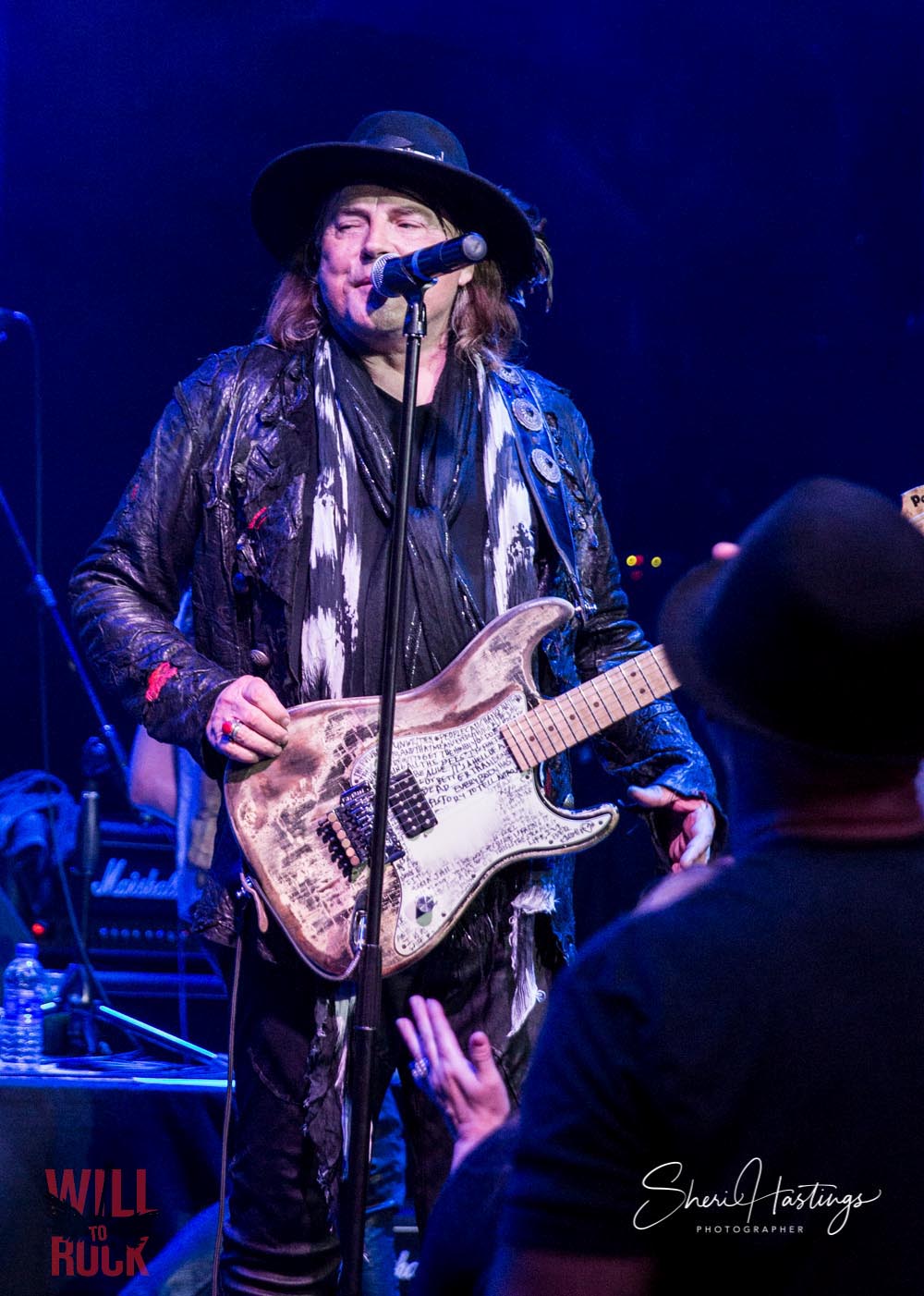 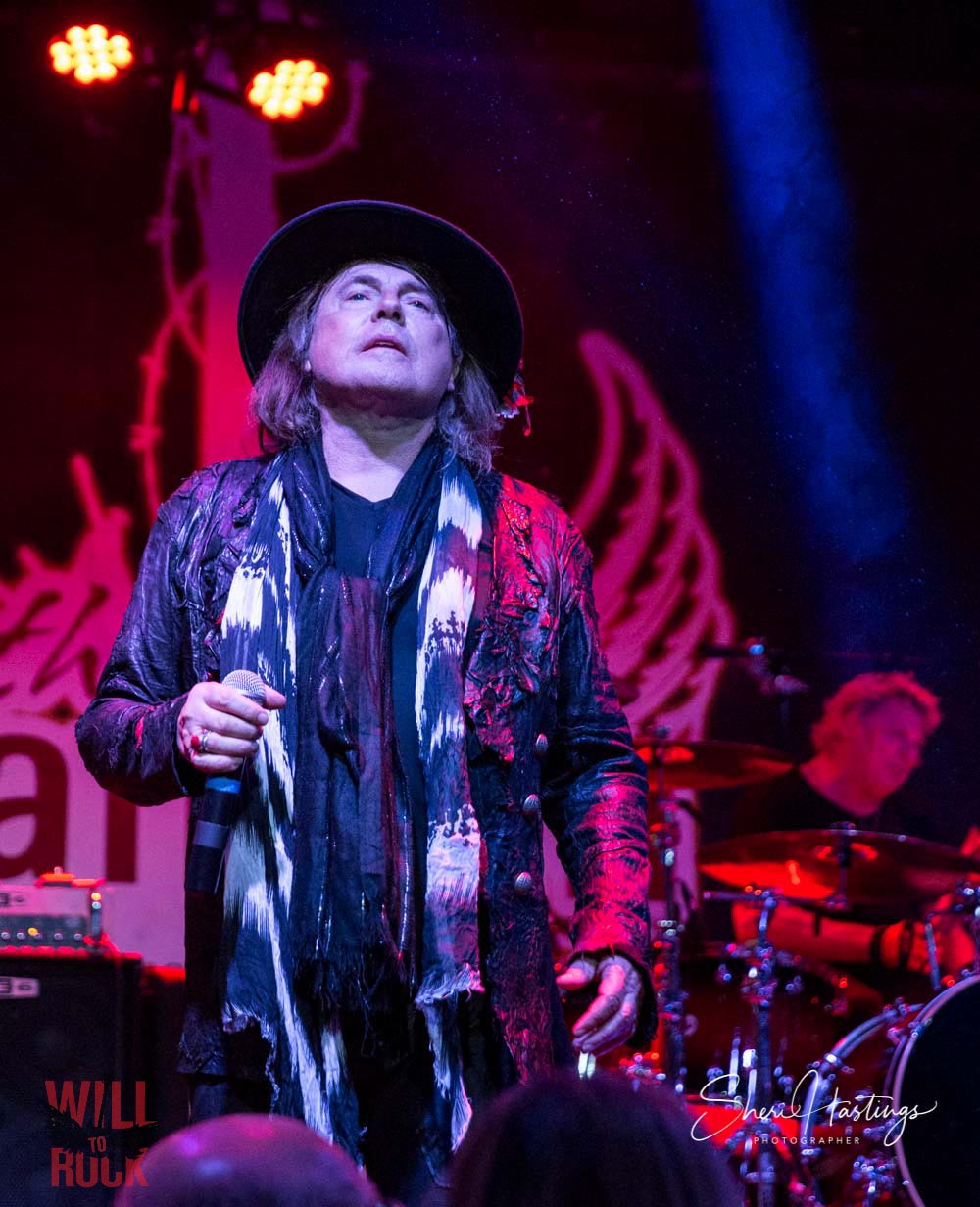 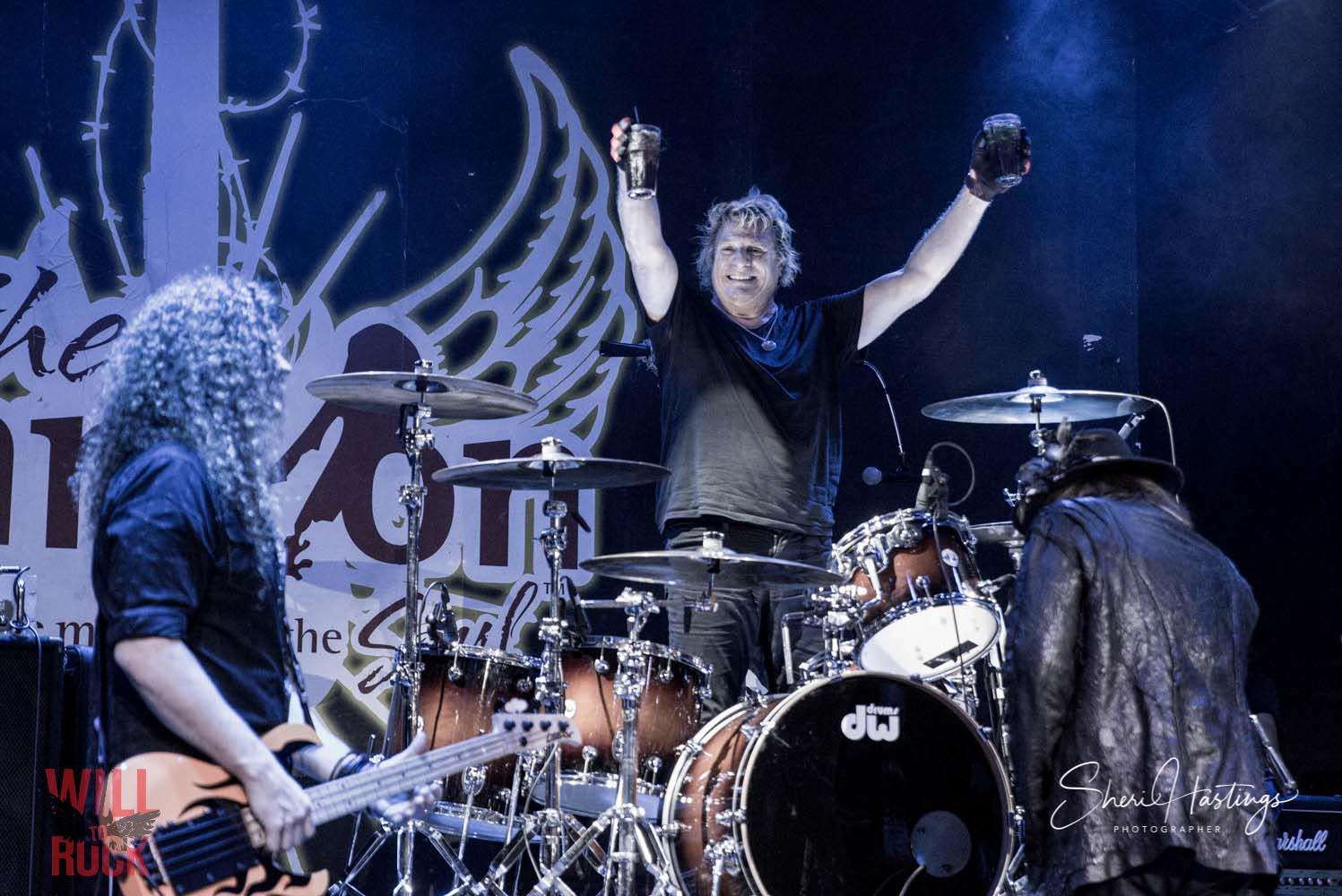 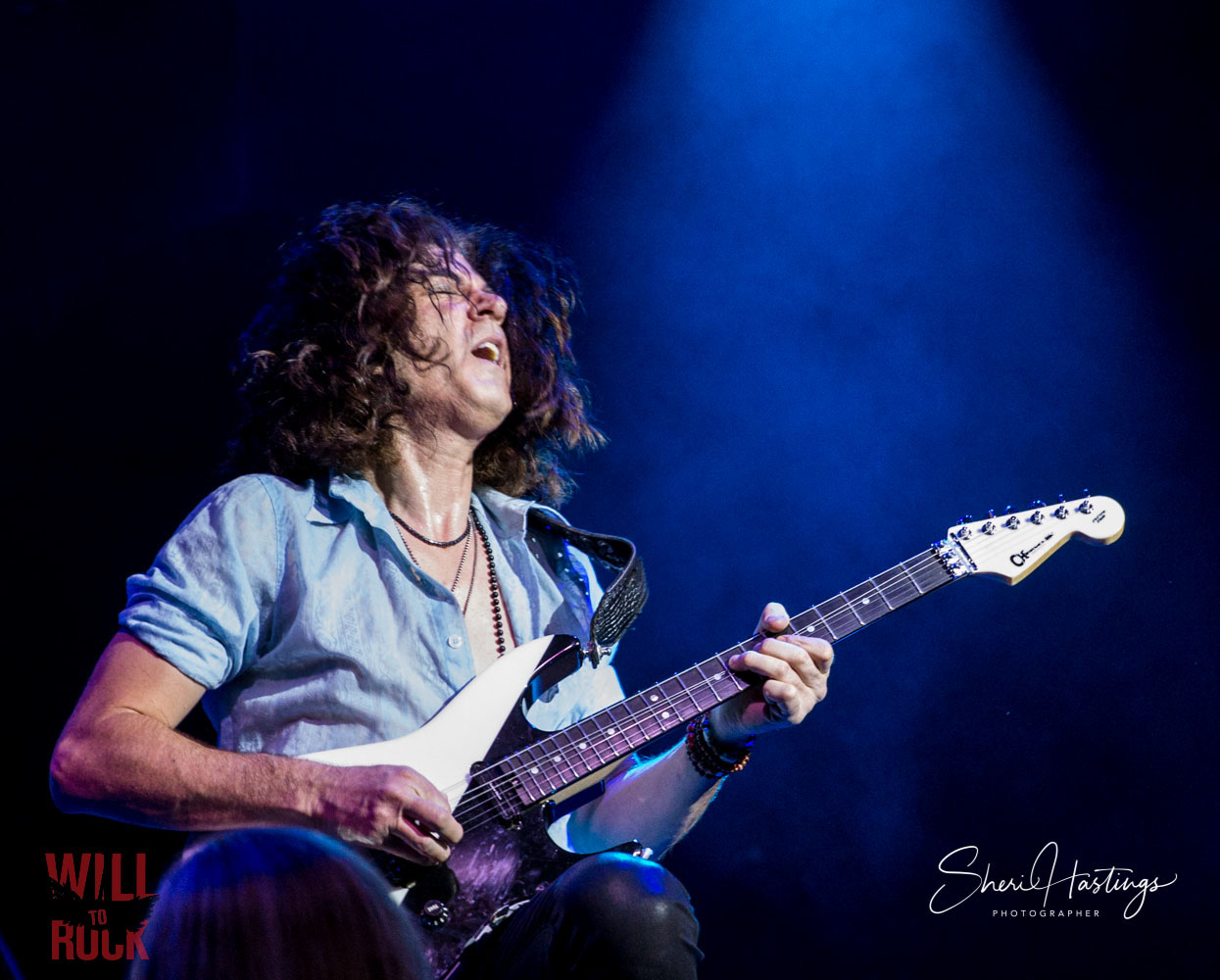 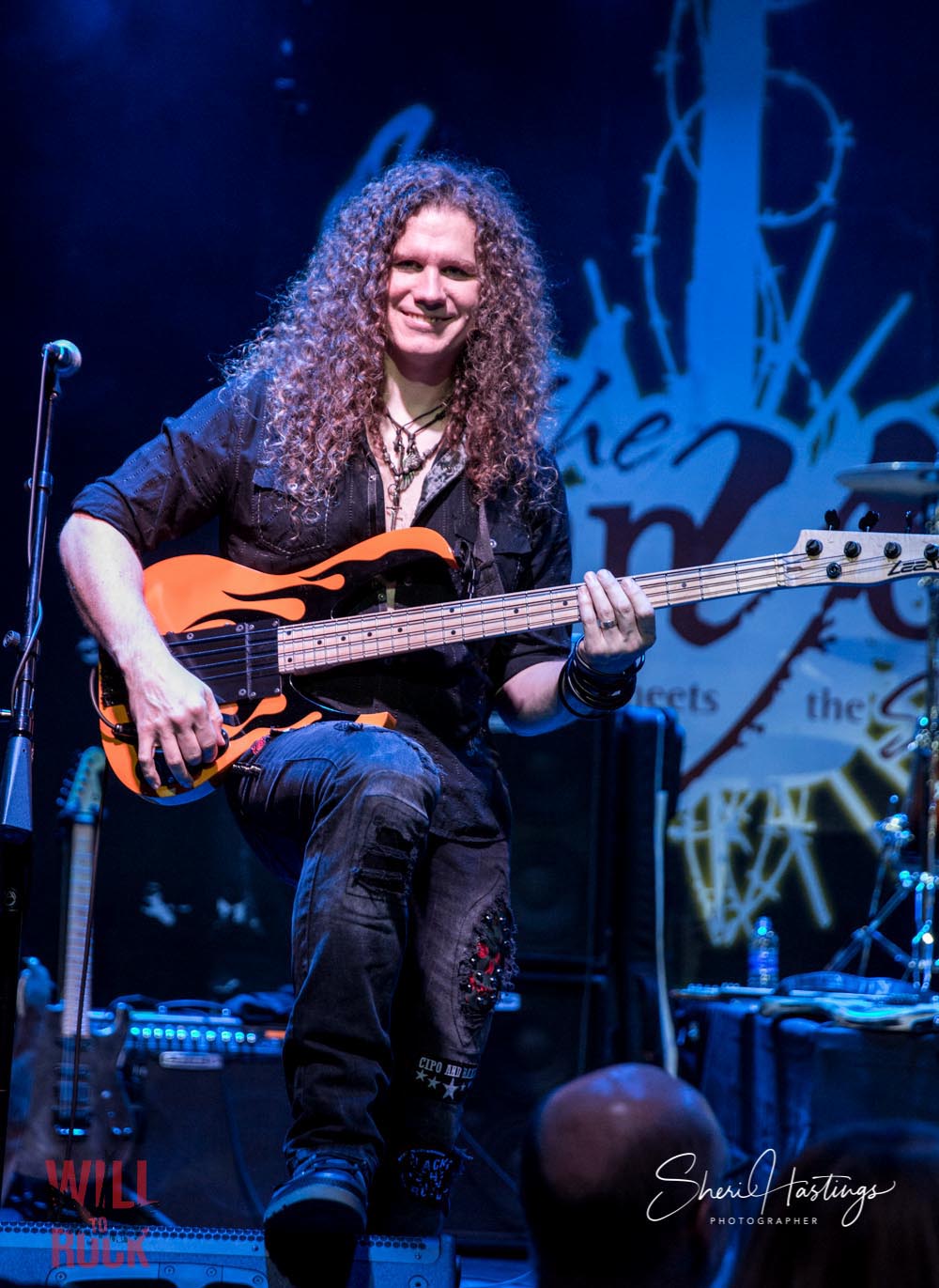 Don and drummer, “Wild” Mick Brown, who have been together since the beginning, have a great chemistry together and provide great fun watching them banter back & forth. Not to forget that Mick is an incredible, hard hitting drummer as well as an amazing background singer!  Guitarist, Jon Levin is amazing to watch as he shreds effortlessly while everyone just watched in awe.  The newest member (of 3 years), bassist Chris McCarvill, is a great addition and wowed the audience during his bass solo.  His beautiful backing vocals are a great compliment to Mick’s and blend very well with Don’s vocals. 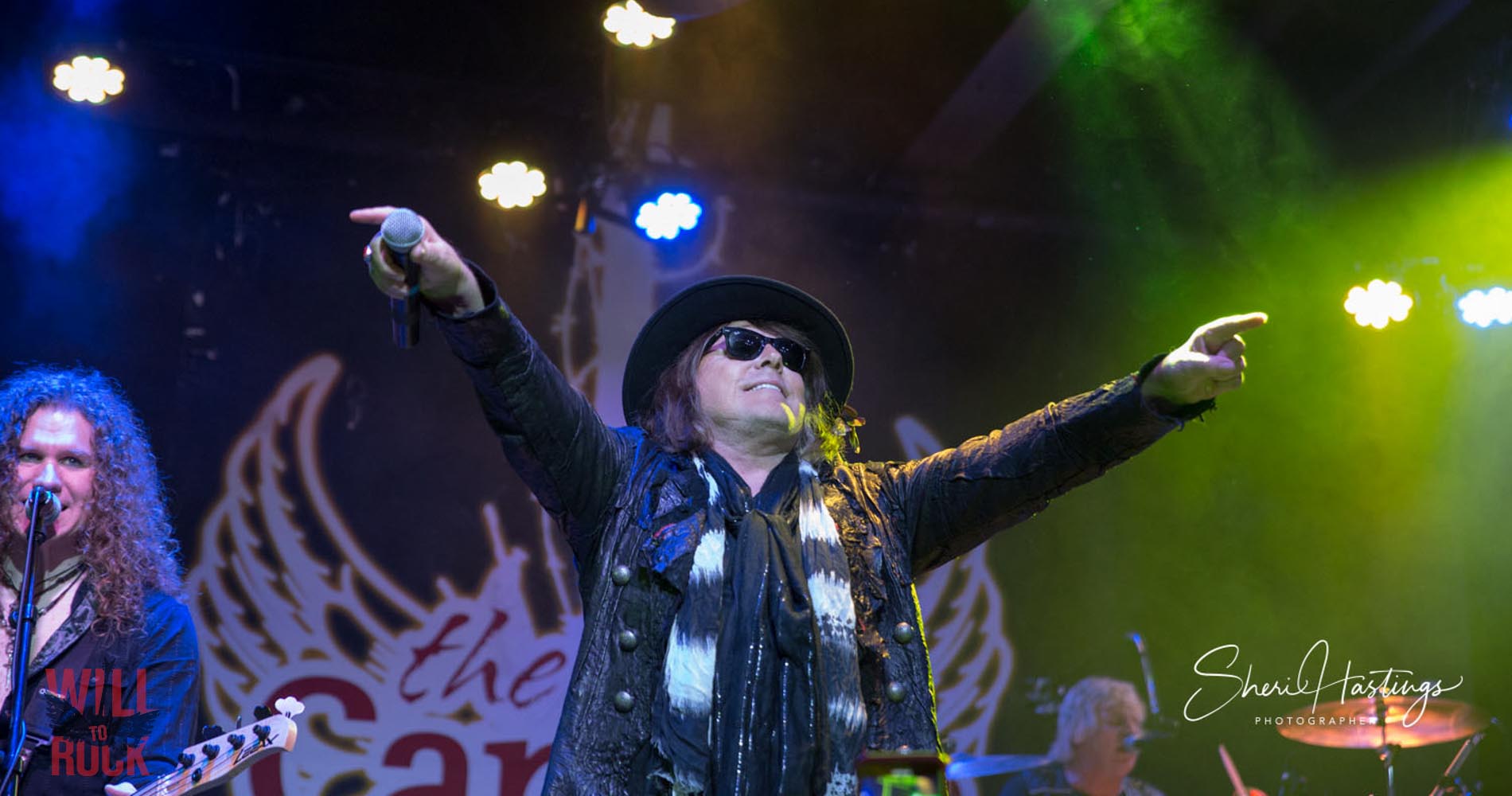 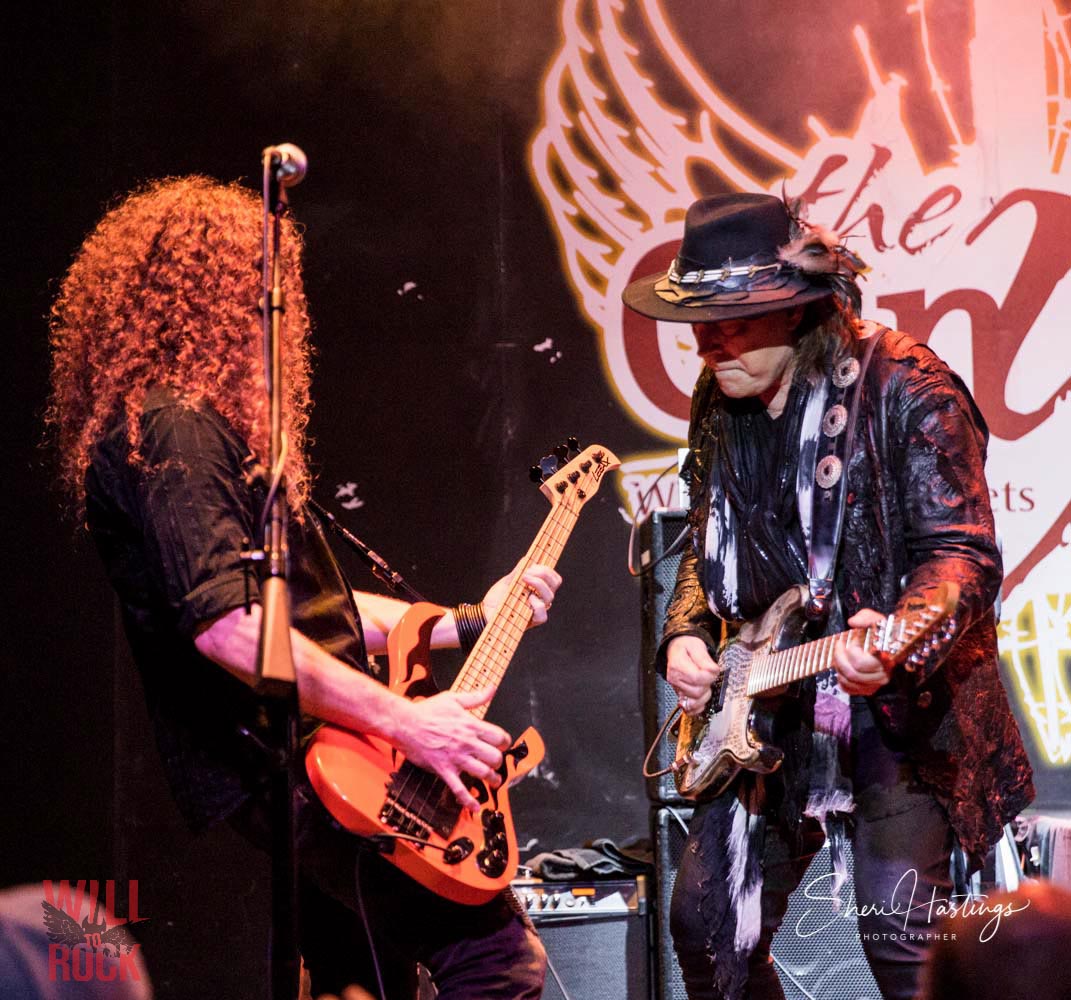 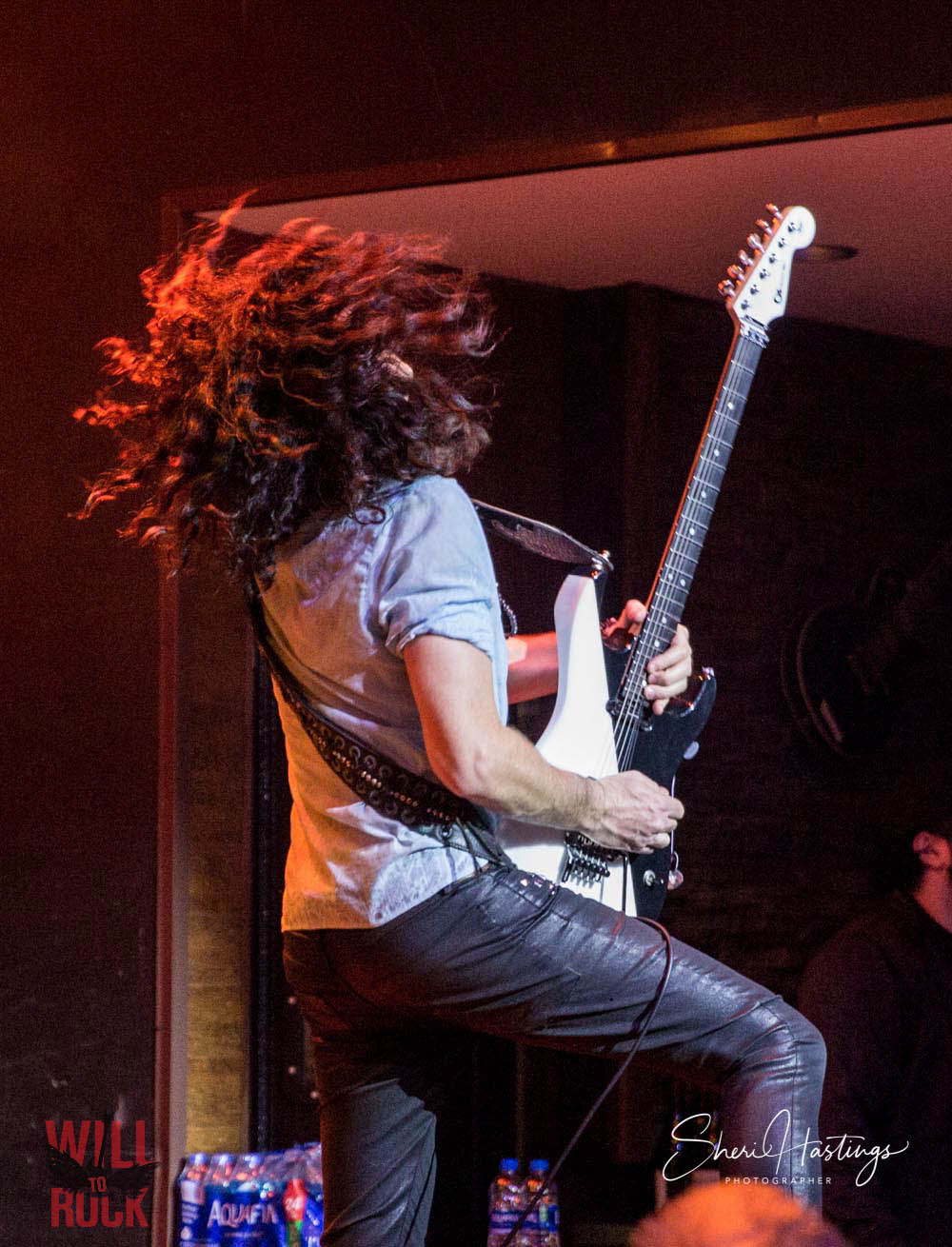 Dokken played one hit after the other from most of their catalog, including:
“Maddest Hatter“, “Kiss Of Death“, “The Hunter“, “In My Dreams“, “It’s Not Love“, “Tooth and Nail“, “Just Got Lucky“, “Alone Again“, “Into The Fire“, “Breaking The Chains“, and more. 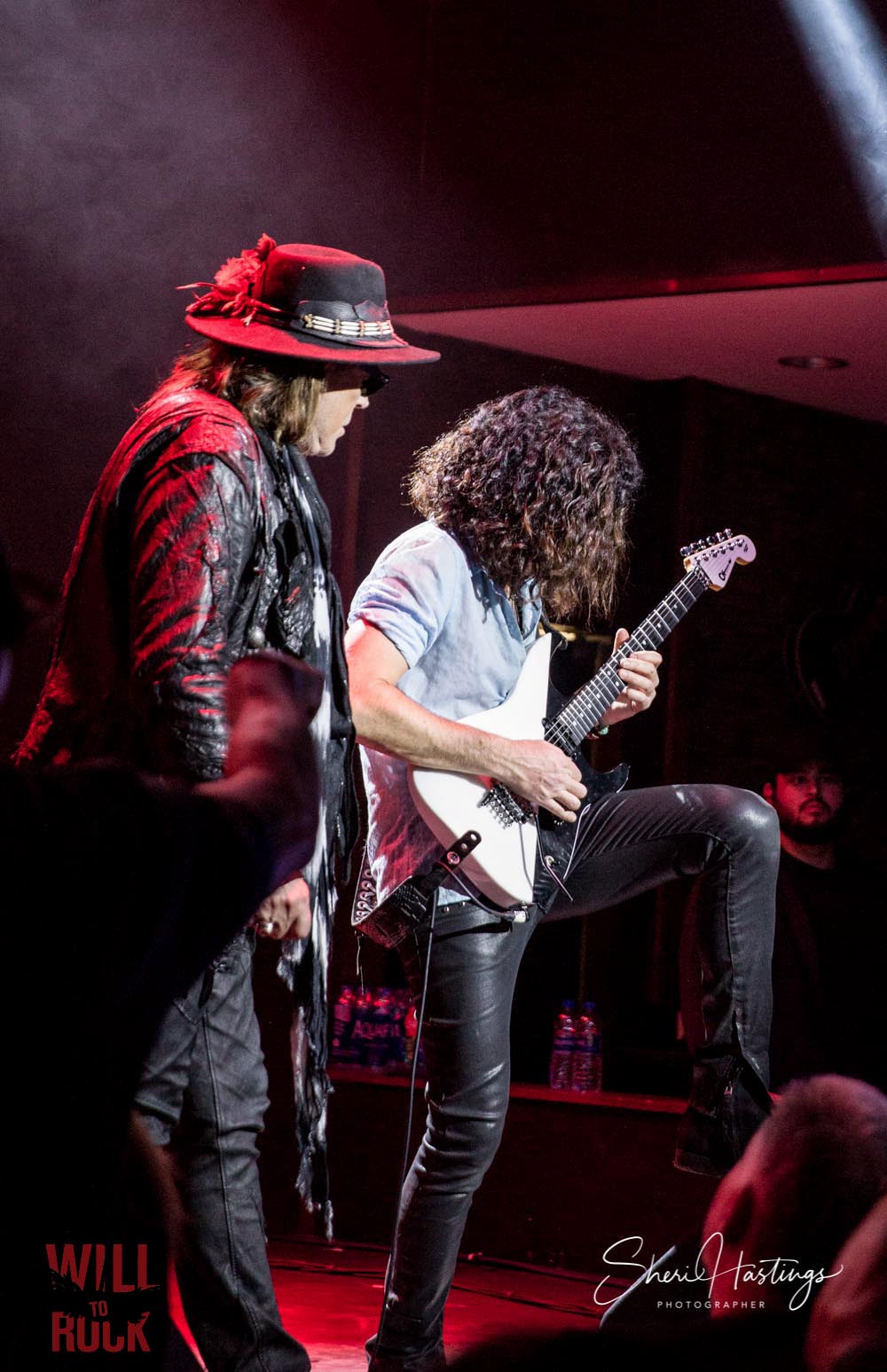 Back to that “Oops” moment…The Canyon has a very unusual set up for the bands that play there. The “green room”/dressing rooms are situated on the other side of a hallway (with a cocktail bar in between that the musicians have to walk through) from the actual venue/stage itself.  This would explain how Don made it all the way to the stage and THEN realized he “forgot” his guitar when it came time for him to play it.  Not quite as easy to run back and grab it when a crowd now stands between you and your dressing room (Waiter!?!).  Luckily, Jon happened to have a back up guitar on stage with him that Don was very appreciative of, as he told the audience that he doesn’t usually have a spare.

Don made mention that Dokkenwill be taking a short break from touring to write songs to record for a new album sometime in the near future, which was very exciting news to hear from him at the end of the show. 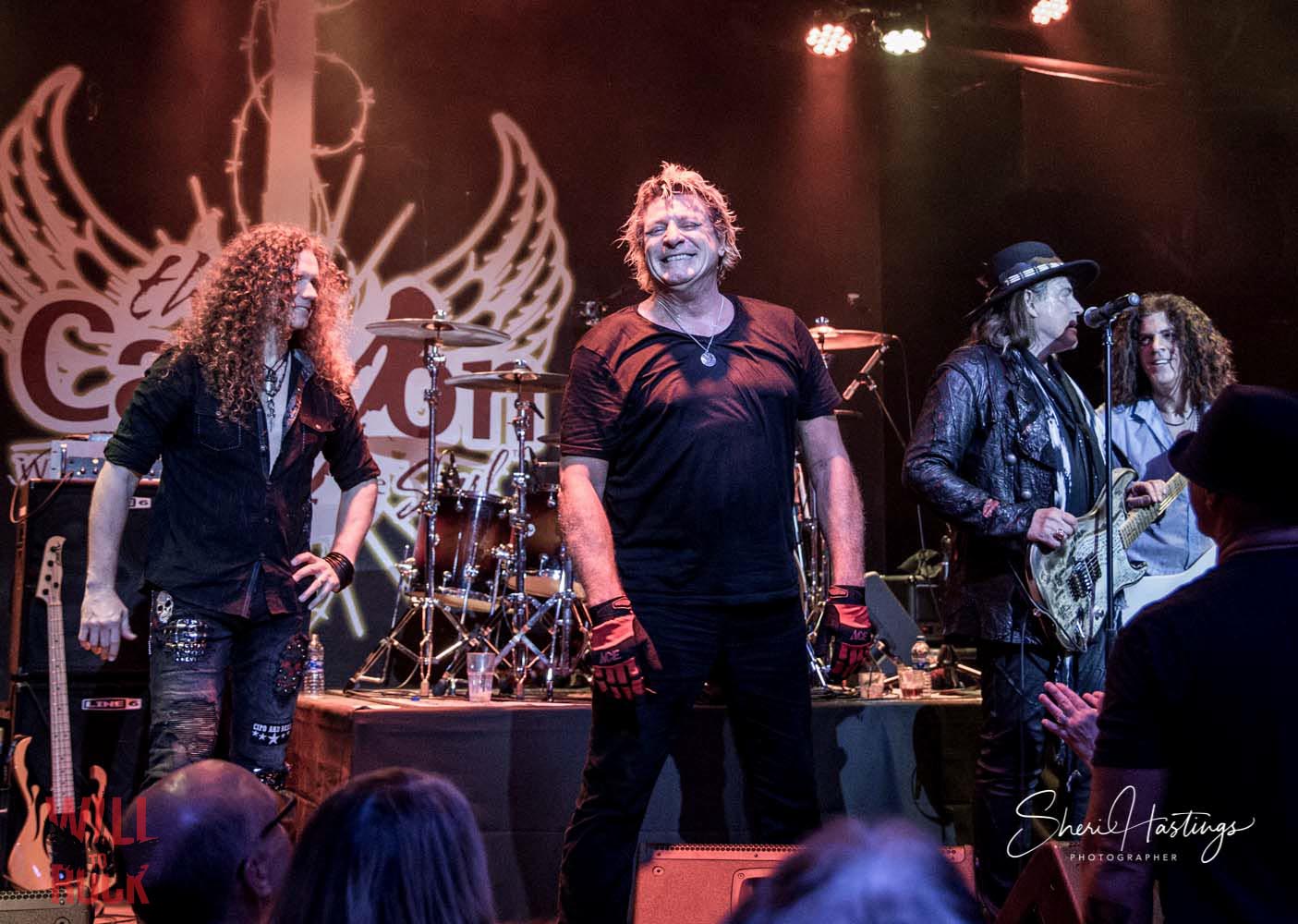 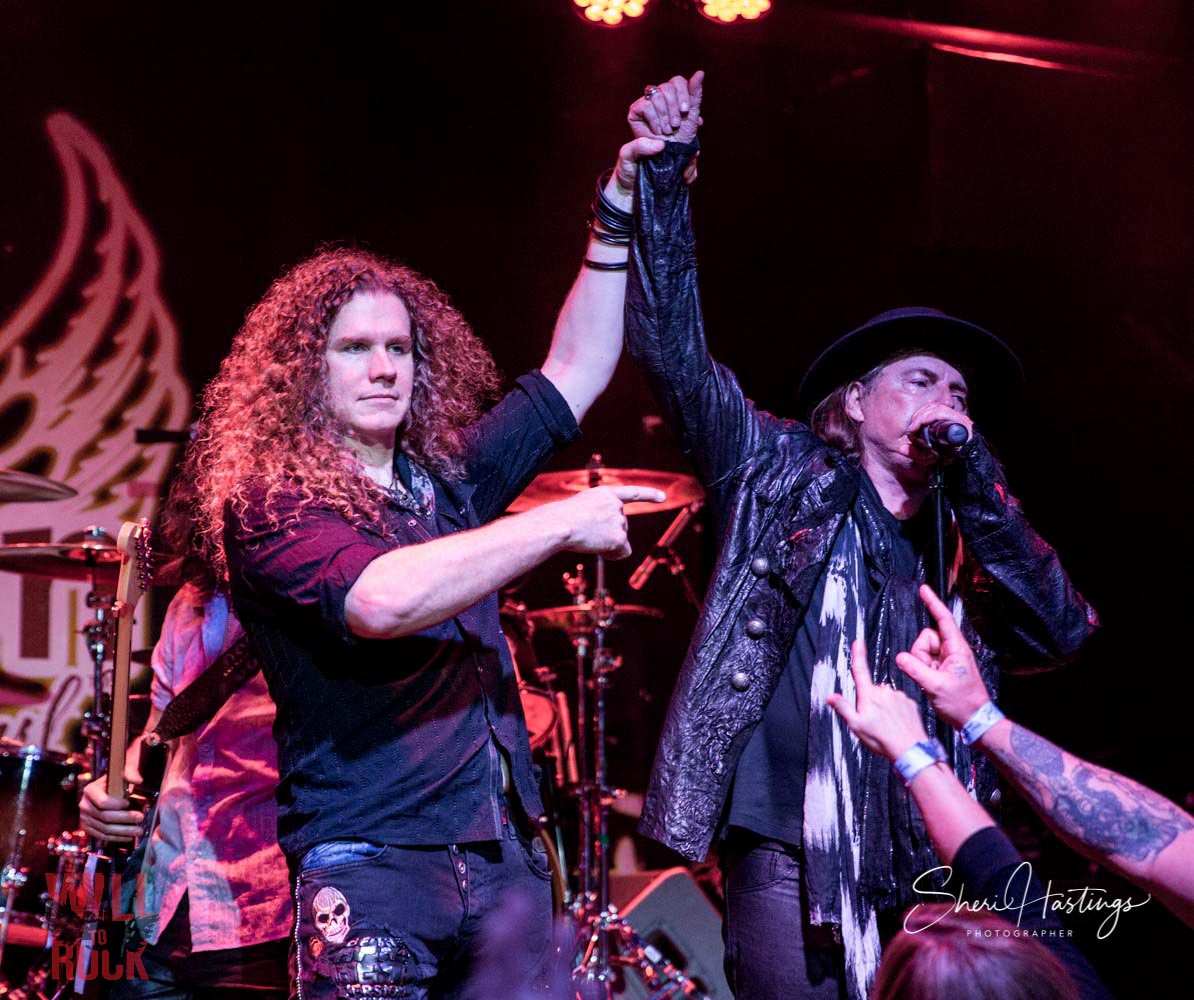