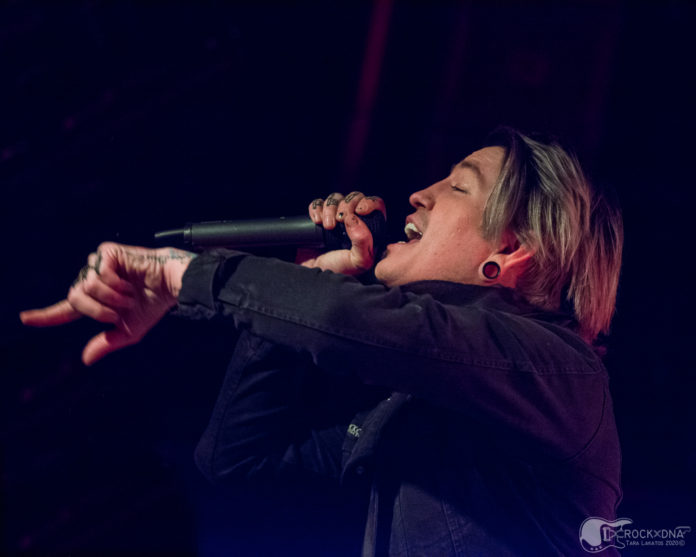 Escape the Fate hit Starland Ballroom in Sayreville, NJ on February 17, 2020.  They are out supporting Falling in Reverse on their The Drug in Me is Gold Tour.  This 20-show run has sold out nearly every venue so far and I am sure by the time they hit each city tickets will all be gone.  Escape the Fate spent time last year touring for the 10th anniversary of “This War is Ours” and are currently in the studio recording a new album with the same producer, John Feldmann.

Escape the Fate is comprised of Craig Mabbitt (vocals), Kevin “Thrasher” Gruft (guitar), TJ Bell (guitar), Robert Ortiz (drums) and touring bassist Erik Jensen.  They blazed through a 10-song set in about 40 minutes.  I was able to catch up with Craig and Robert before the show for an interview.  Craig said that the set list was going to be heavy on the “This War is Ours” album because they were still amped up about those songs from the anniversary tour.  They did not disappoint, half of the set list came from that album. 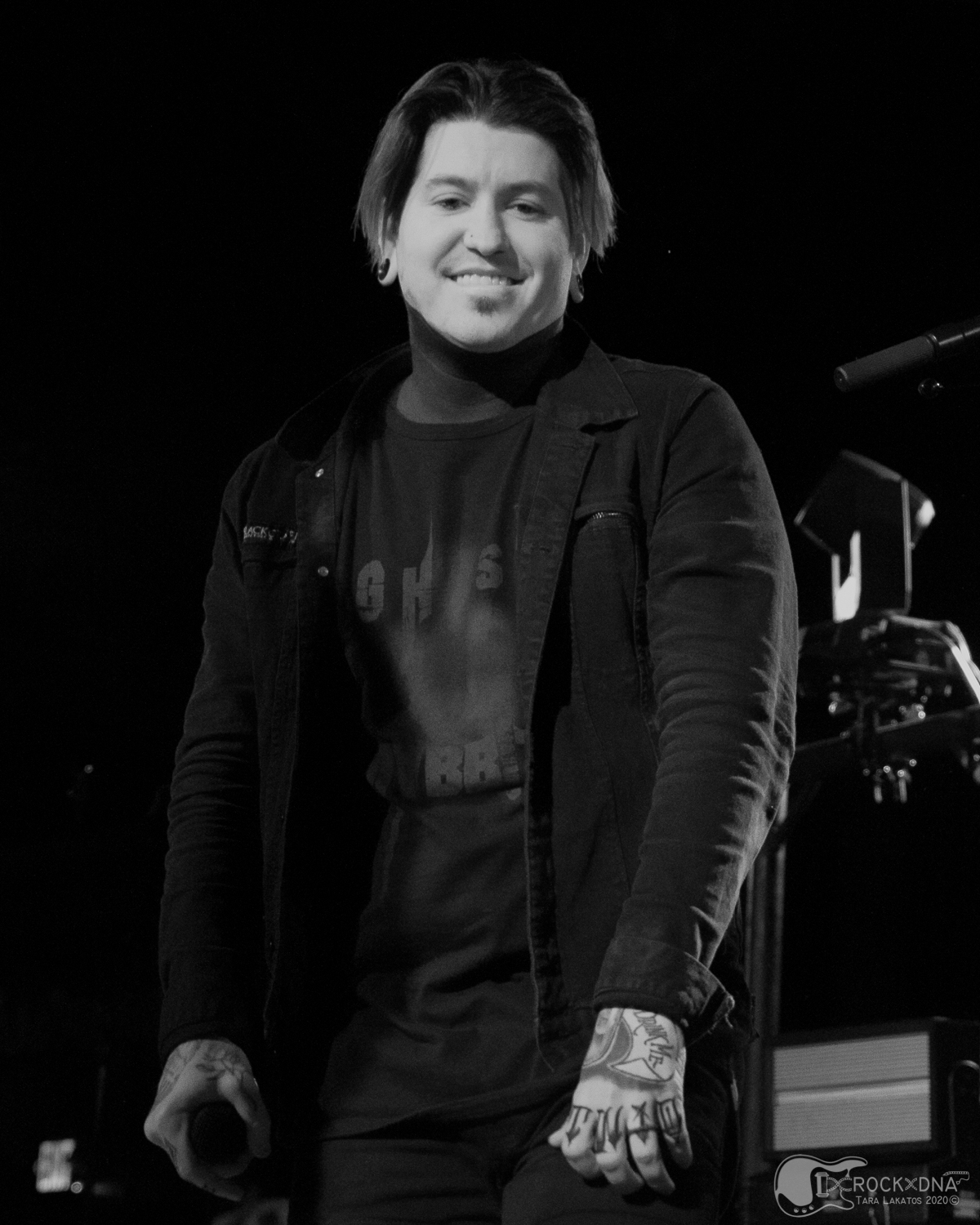 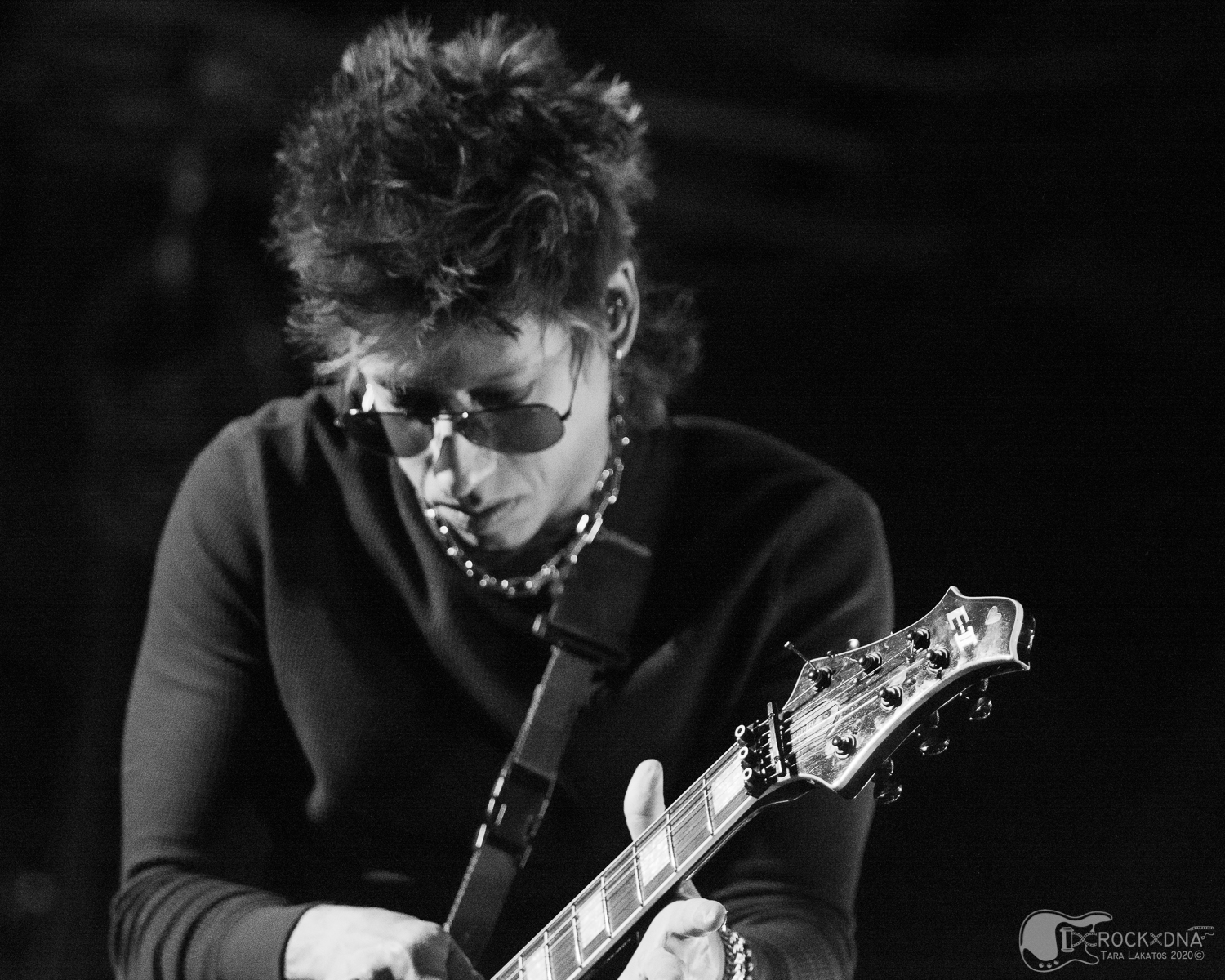 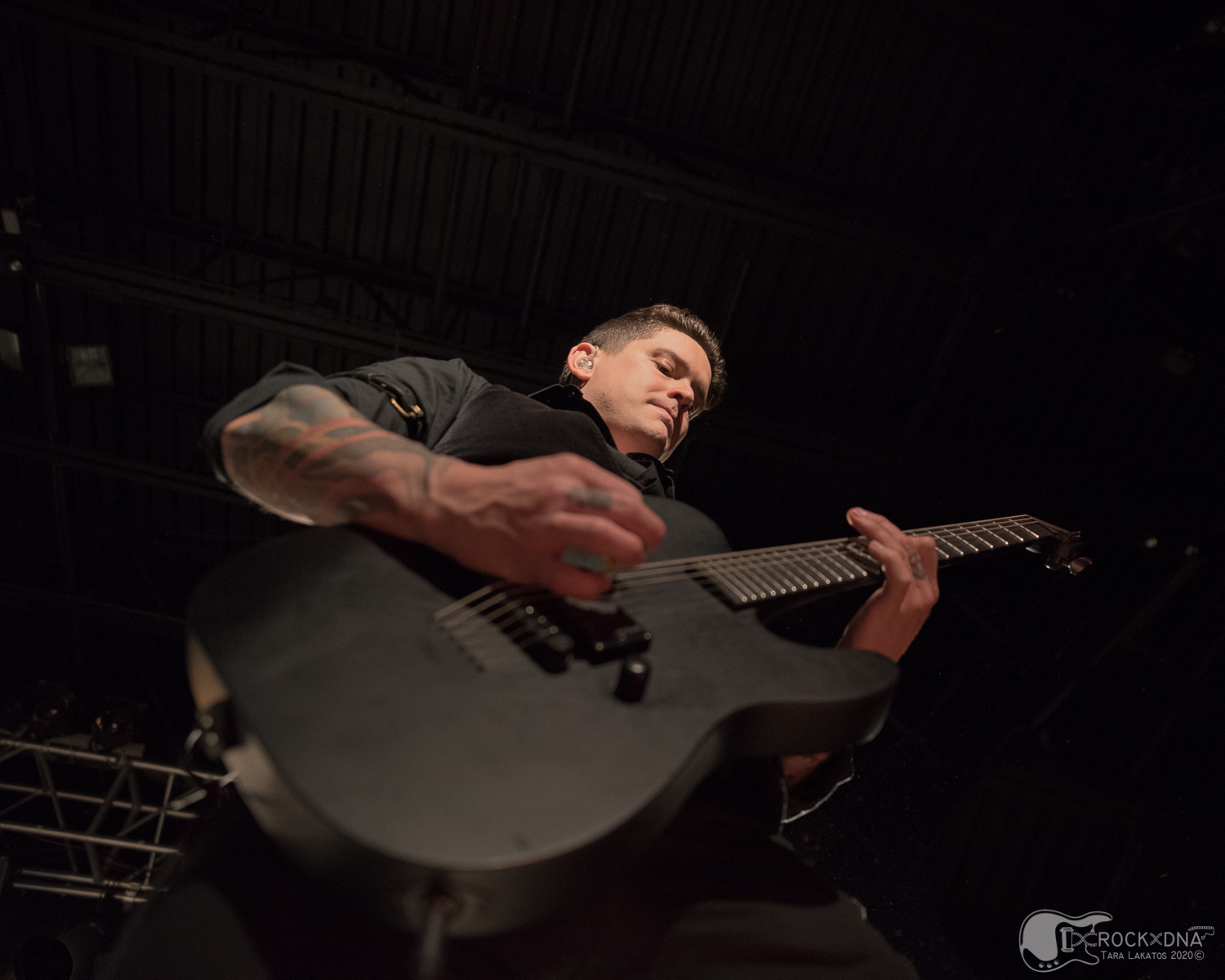 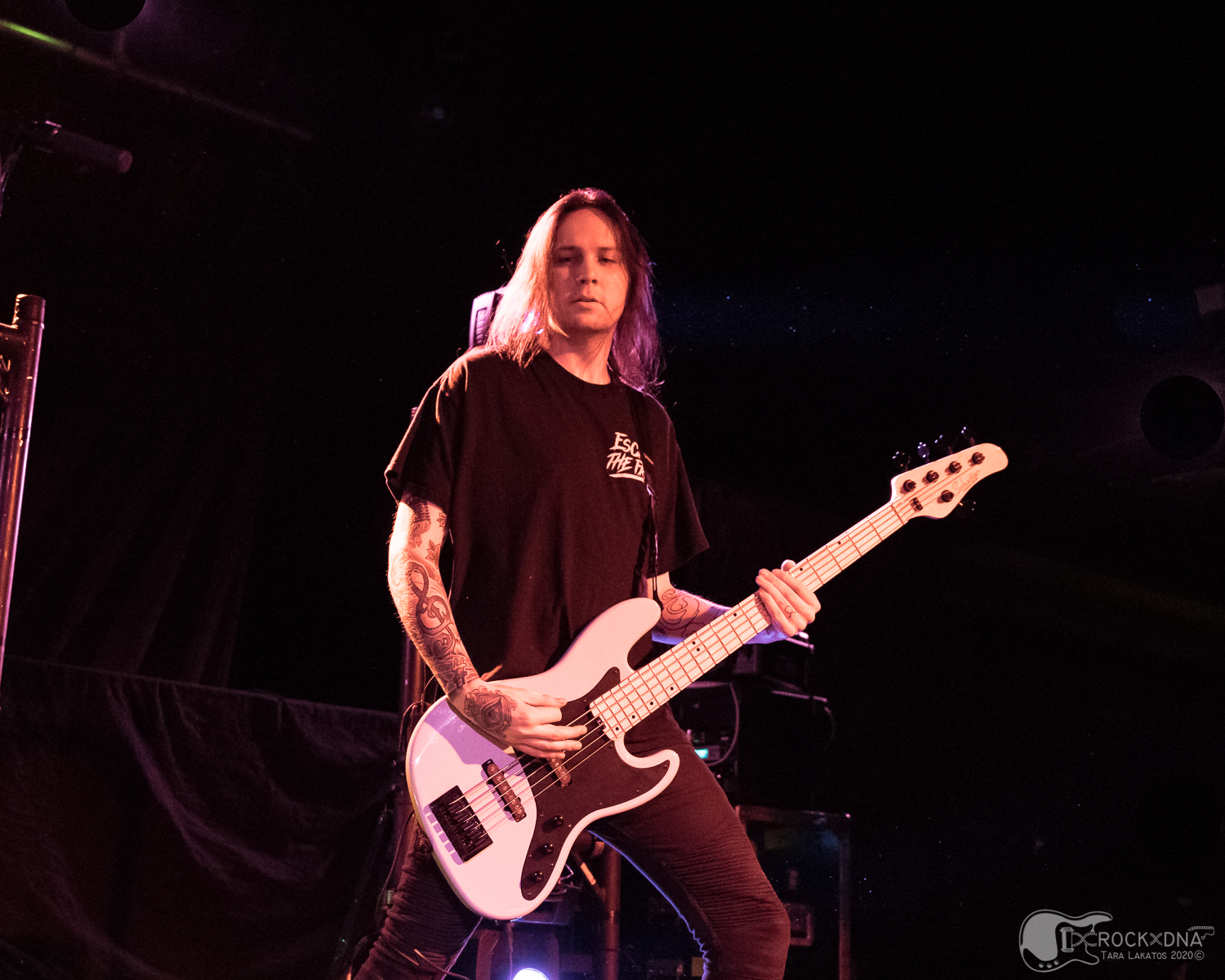 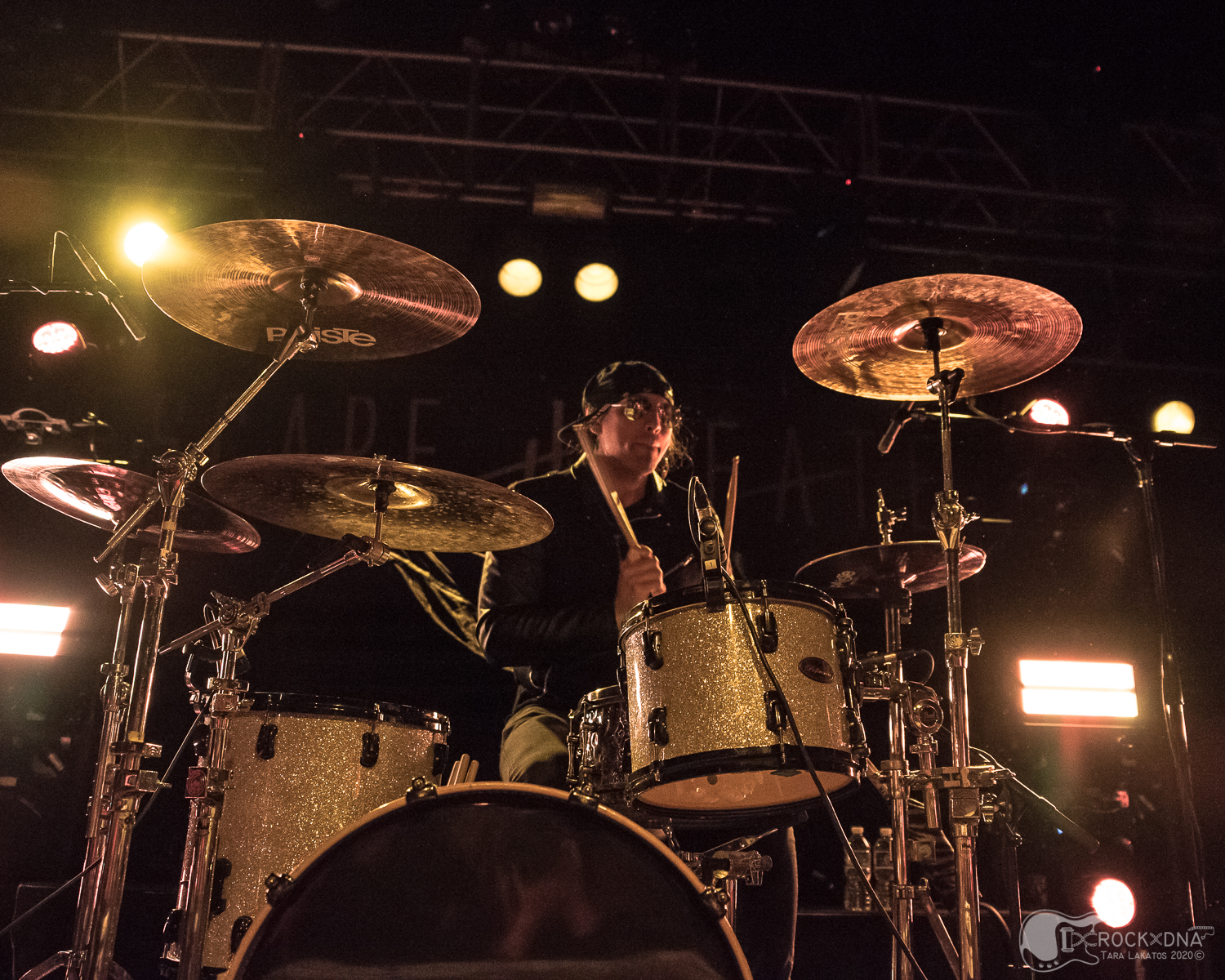 Escape the Fate opened up their set with “Gorgeous Nightmare” from their 2010 self-titled album.  This song falls somewhere in between their heavy songs and their lighter punk influenced material.  Craig came out swinging with his in-your-face vocals and infectious stage presence.  I believe the band was three chords in when the crowd surfers started flying at me.  Next up was “Do You Love Me?” from their most recent album, “I Am Human”.  This song was super high energy, featuring Craig’s super clean vocals, coupled with TJ Bell’s complimentary metal growls.  This song has a great hook and a groove that just made the audience lose their minds.  Rounding out the first 3 was “The Flood”.  This started the run of amazing songs from “This War is Ours”.  “The Flood” is a mix of extreme punk influenced drum beats and extreme double-kick metal beats.  Robert’s versatility behind the drum kit was thrown front and center during this song.  This track also featured Craig’s extreme versatility as a vocalist.  He weaved in and out of clean vocals and metal vocals like not many other artists can. 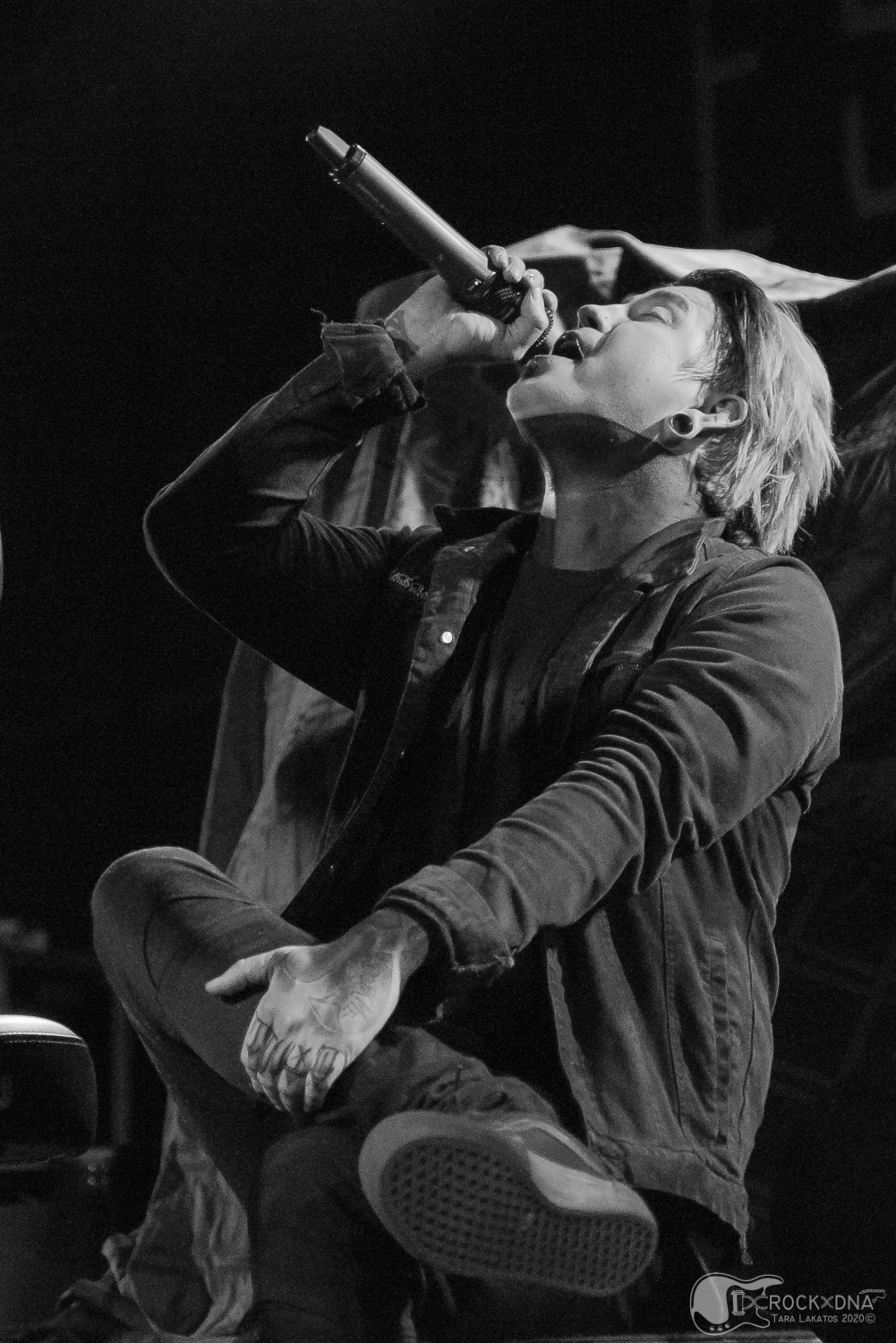 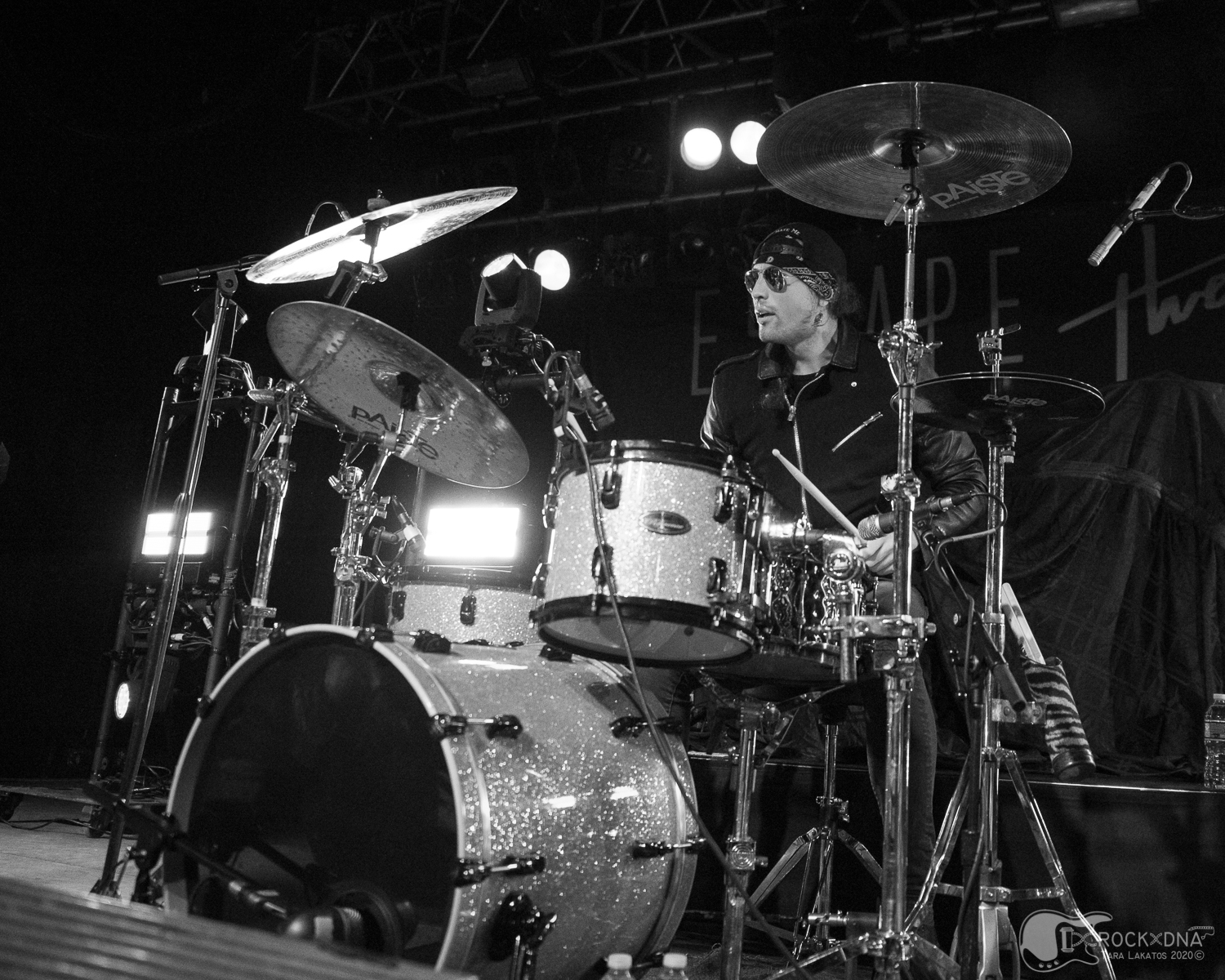 Other songs that they hit from “This War is Ours” included “Something”, “Ashley”, “10 Miles Wide” and “This War is Ours”.  These songs are such a mix of genre.  “Ashley” is a pretty straight forward punk song and in contrast “10 Miles Wide” has Thrasher and TJ destroying metal riffs.  Escape the Fate has their own unique sound and style.  Not many bands out there can pull off so many different styles at once.  To me, this keeps their shows interesting.  You never know if they are going to go full out thrash, punk or slow jam, yes they have some slow jams. 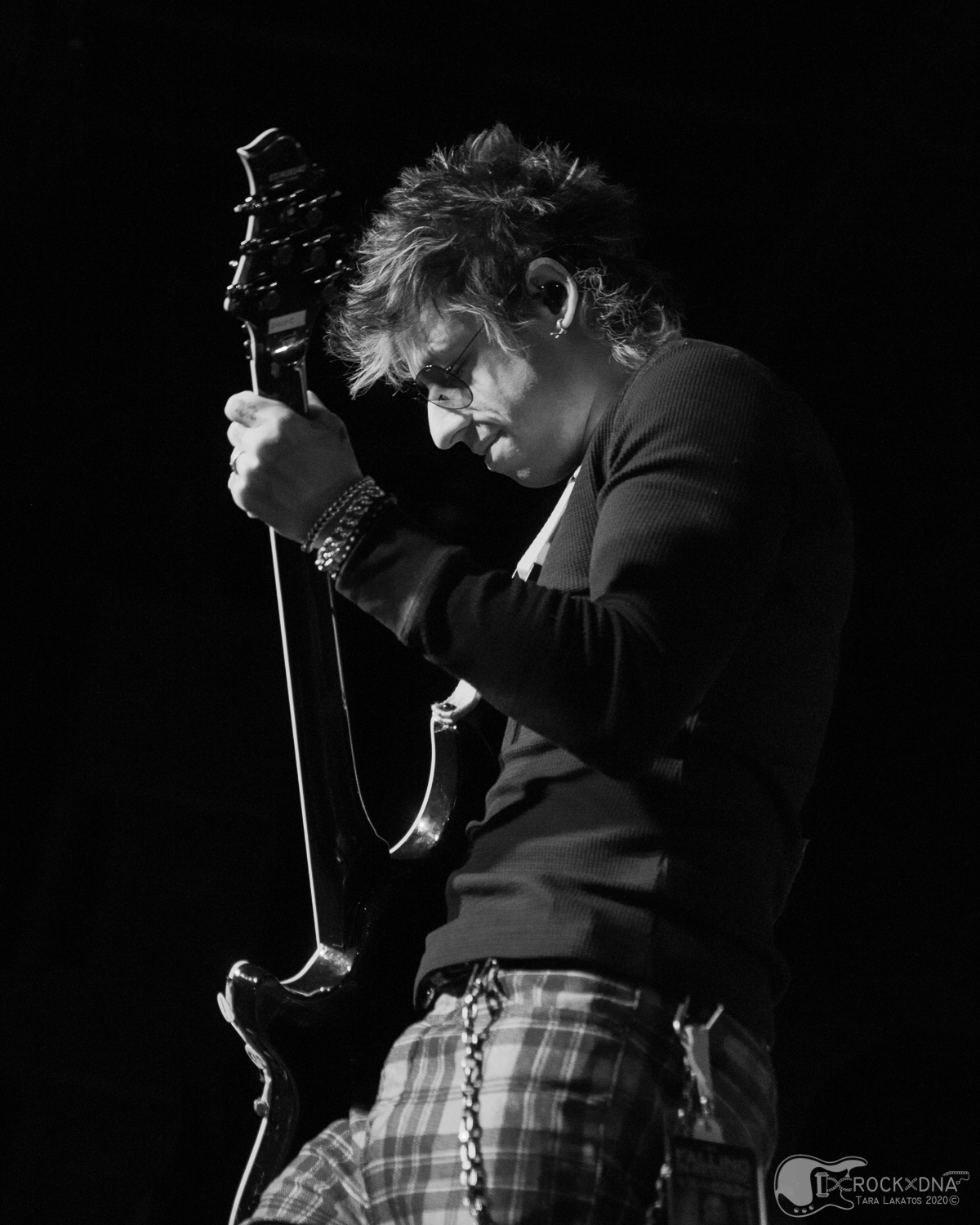 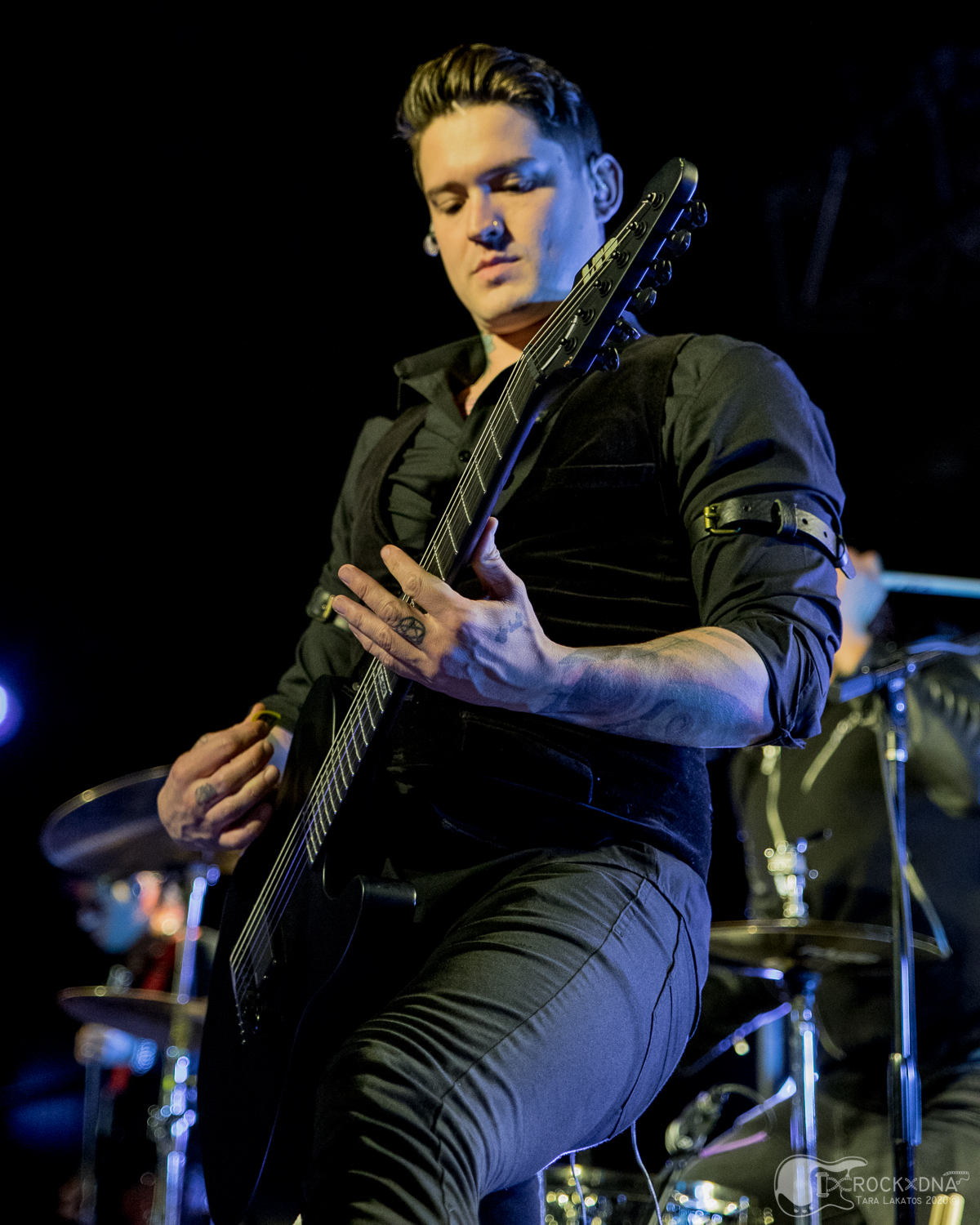 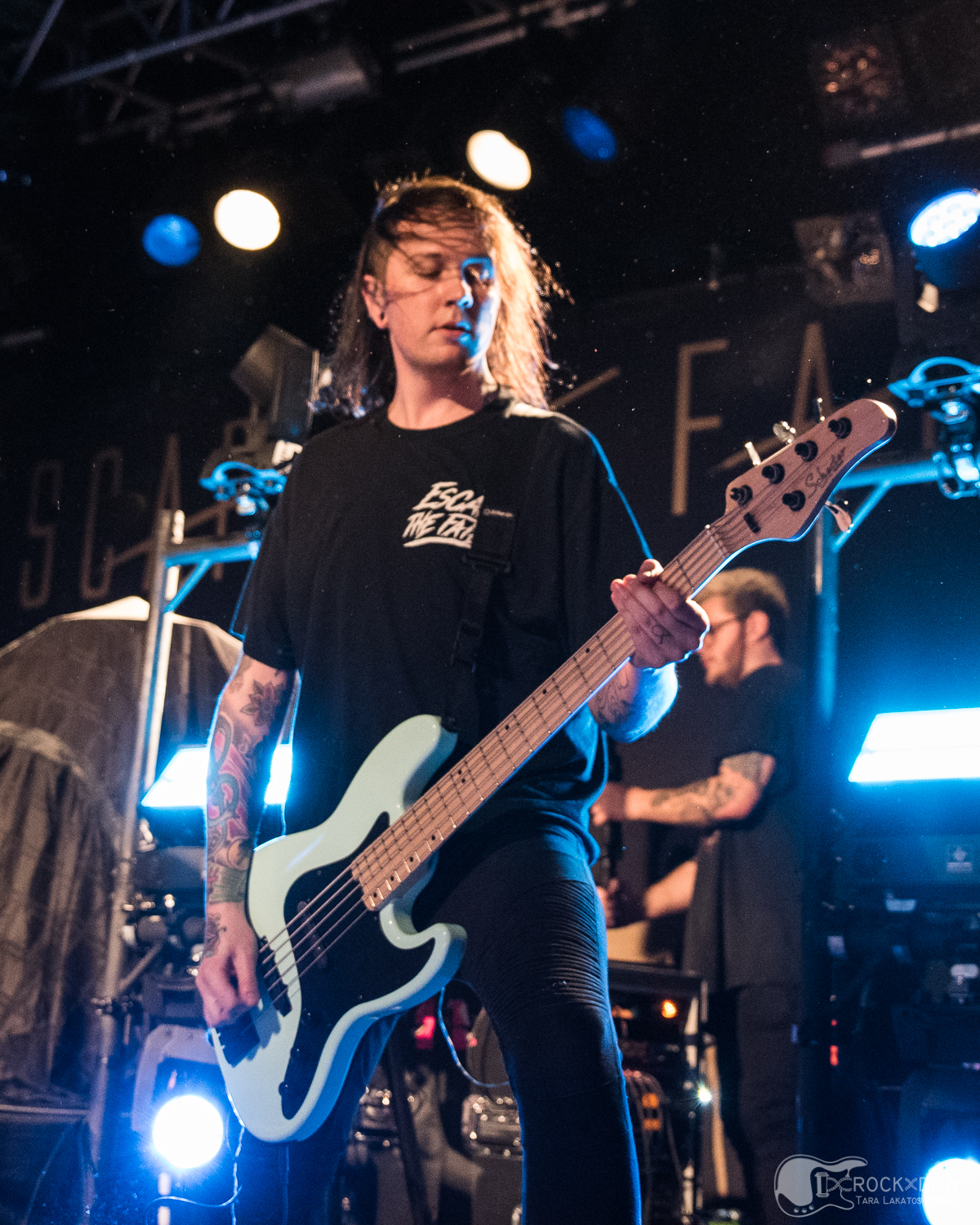 Escape the Fate closed out their set with “Broken Heart” and “One for the Money”.  “Broken Heart” has been a hugely successful song for them off of their latest album.  It also makes all the girls swoon.  Every girl in the audience sang along at the top of their lungs during this song.  In contrast they ended the night with “One for the Money”, another high energy tune that had the crowd engulfed in a wall of death and crowd surfers flowing from the back to the front.  Their set left me drained but wanting more.  40 minutes wasn’t quite enough. 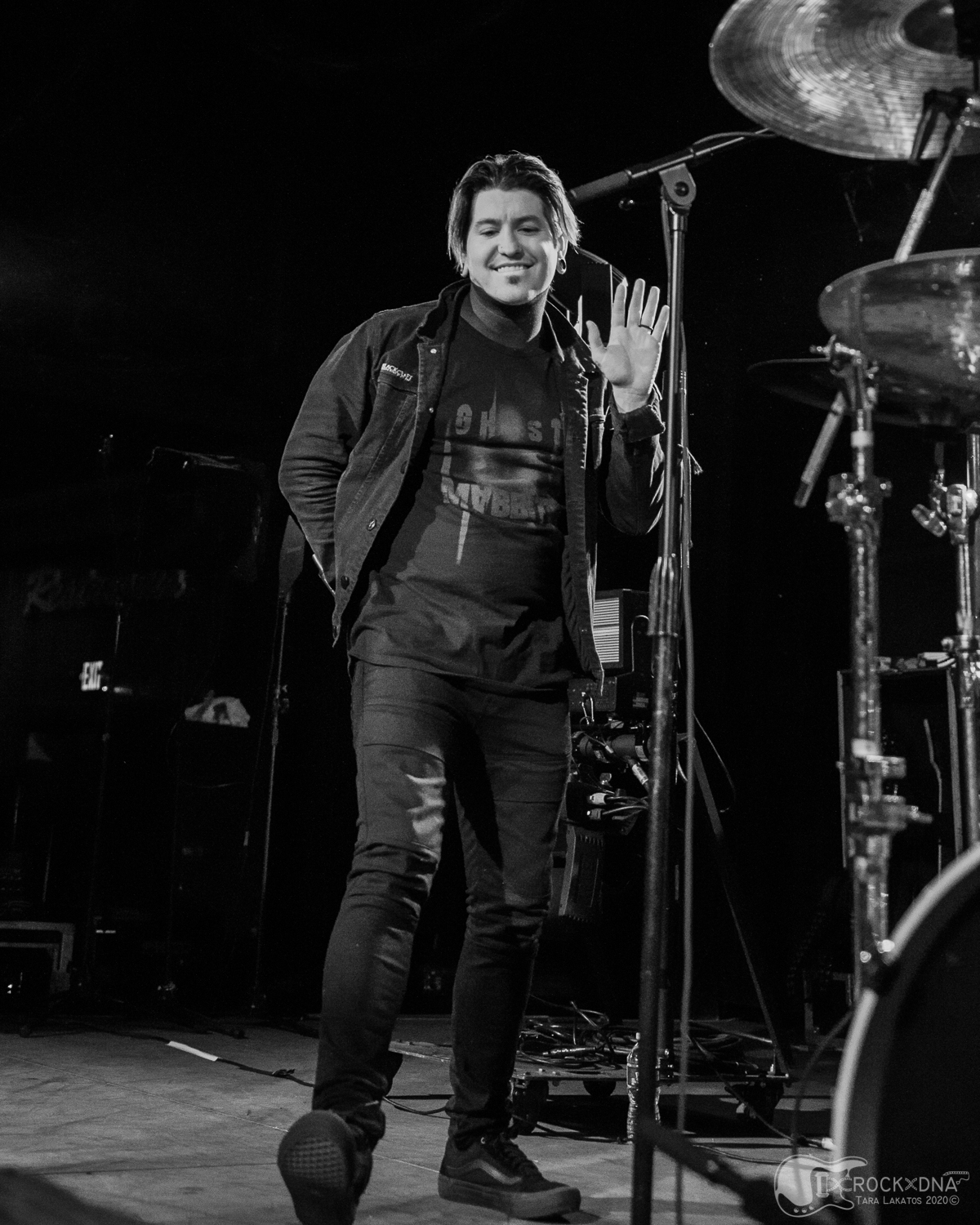 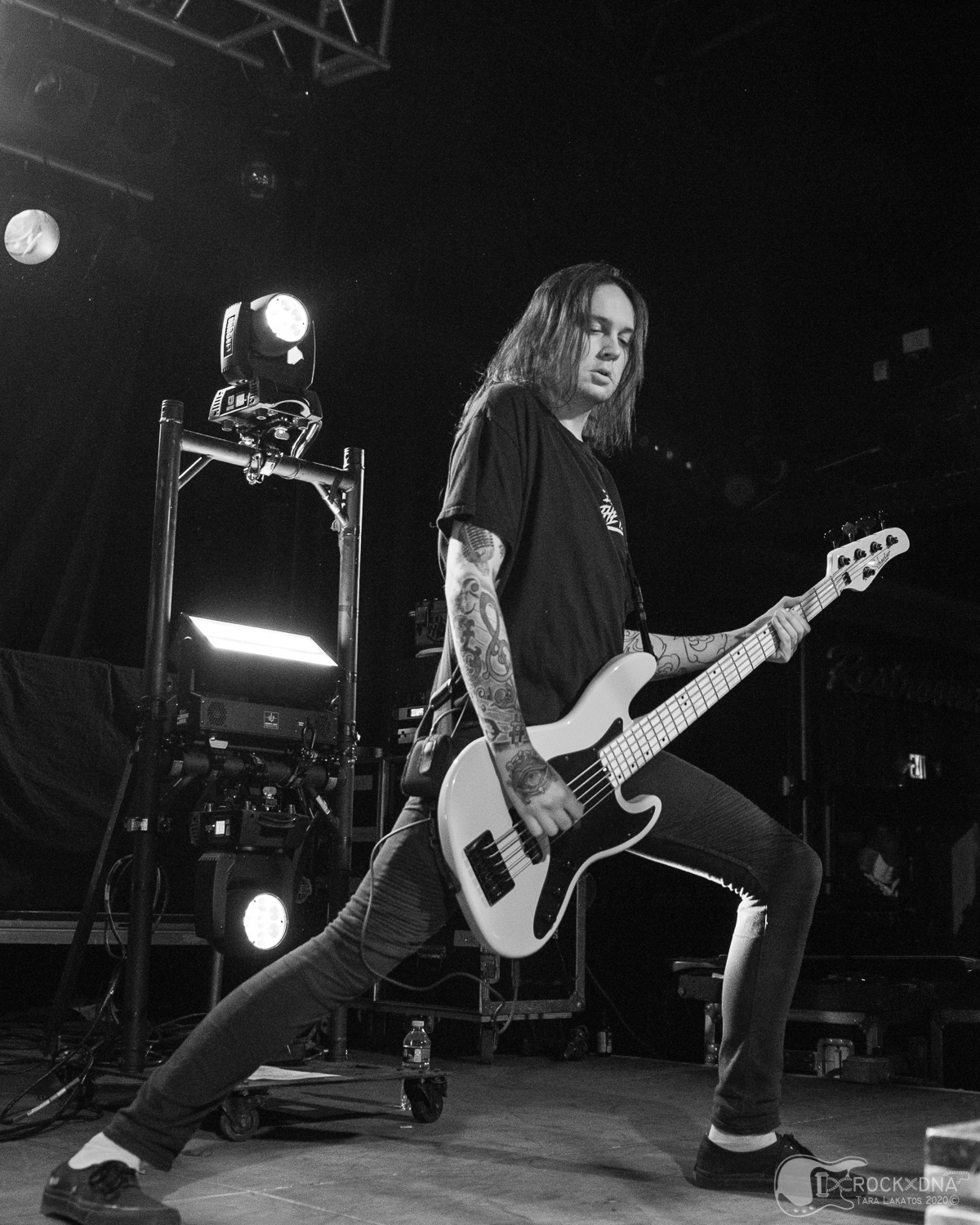 Escape the Fate will be out on the rest of this run with Falling in Reverse, then right back into the studio to finish up a new album.  They have some dates this spring and summer at several of the big festivals as well as a few small headline dates in between.  Hopefully we will get to hear a few new songs later in the year.  I can’t wait to hear what these guys have brewing.

THE DARKNESS w/ The Dead Deads – A Two-For-Two Review from...