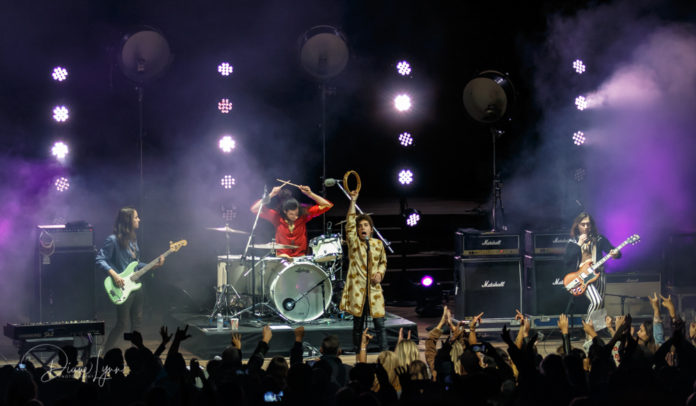 This is one show I have been eagerly awaiting like no other to shoot and review. 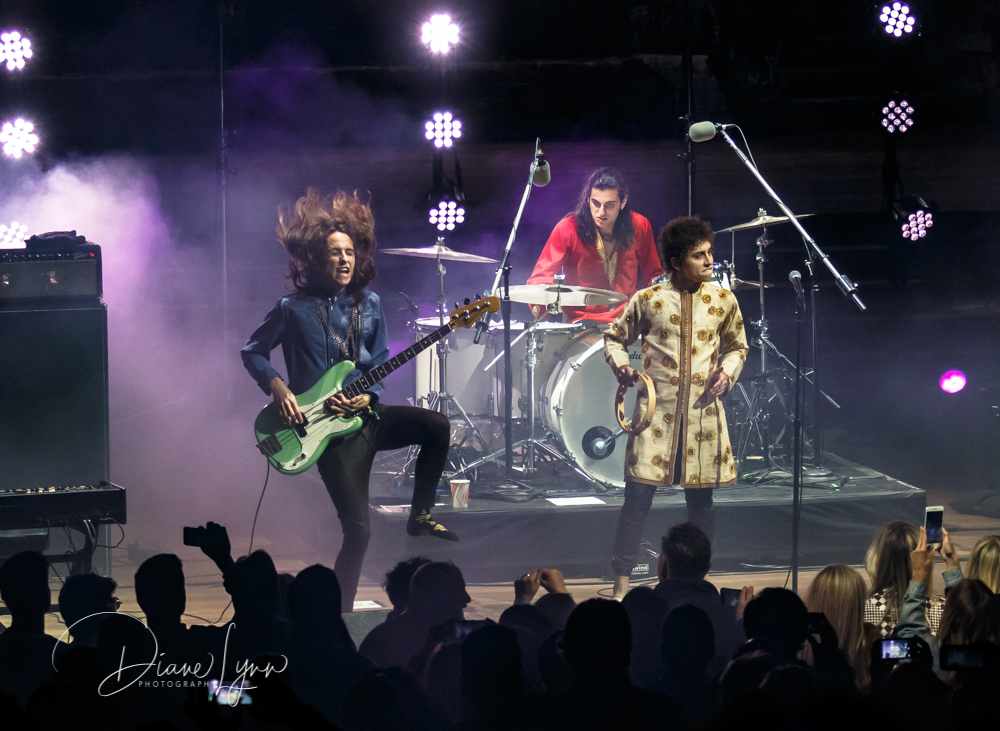 Being a HUGE Led Zeppelin fan for many years now I wanted to hold off on any real opinions about Greta Van Fleet until I had a chance to see them play live since there was so much being said about their comparisons to the iconic band. 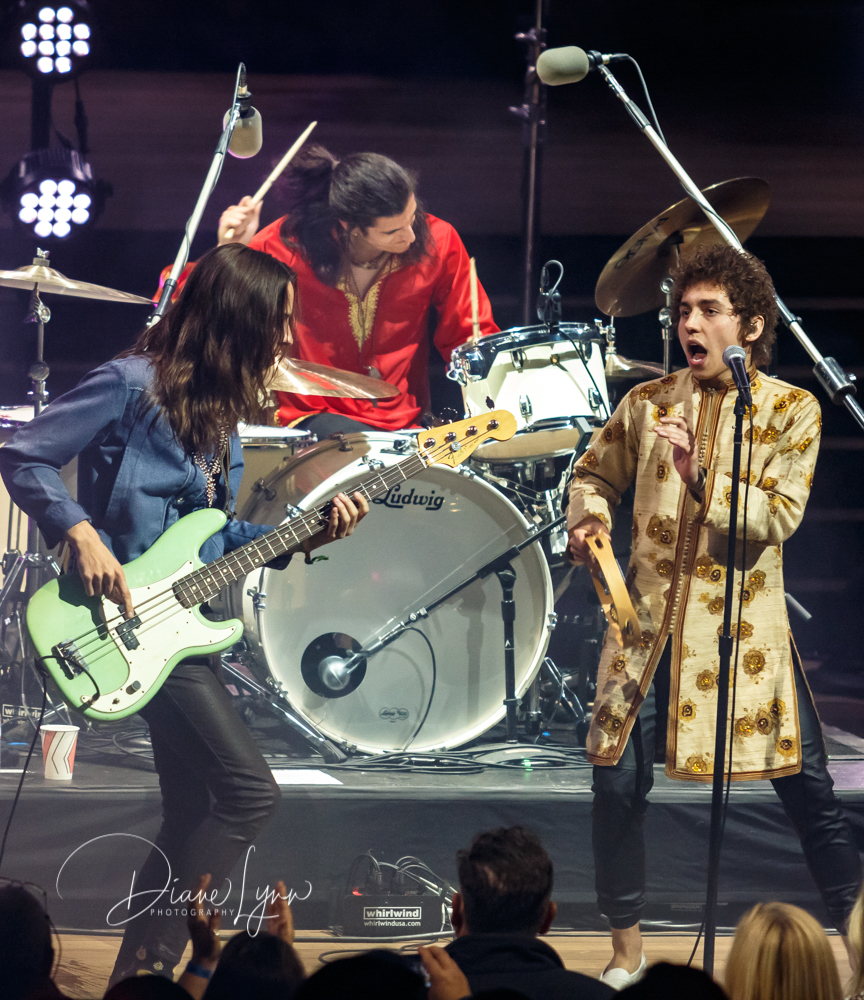 First and foremost, this is a very talented group of young musicians. There is no doubt they have been heavily influenced by Zeppelin’s sound as well as many other influential groups from the 60’s and 70’s. That was a time of peace, love and the flower child as well as some of the most iconic rock music to be recorded, so why wouldn’t they want to create tunes that are relevant to that era? Of course there are some subtle similarities here and there to Led Zeppelins sound and even with their look/style from back in day but these guys project it perfectly, it’s definitely a natural vibe for them. Their sound is new yet familiar; their songs are instantly recognizable, fun, rockin’ and bluesy! Are they a “Zeppelin rip-off” or a “Zeppelin cover-band”? Definitely NOT, although I did hear a few similarities, maybe even some “samplings” in a couple of their tunes, but these songs are their own. When I first heard their song “You’re The One” the first thought was of Zep’s “Going to California” and hearing “Flower Power” I thought of “Hey Hey What Can I Do” but we all know that similarities and samplings have been a part of the industry for a very long time, and it’s those similarities that drew me to their music. It’s a style and a sound that I love and haven’t heard coming from a new band in a very long time and I welcome it! 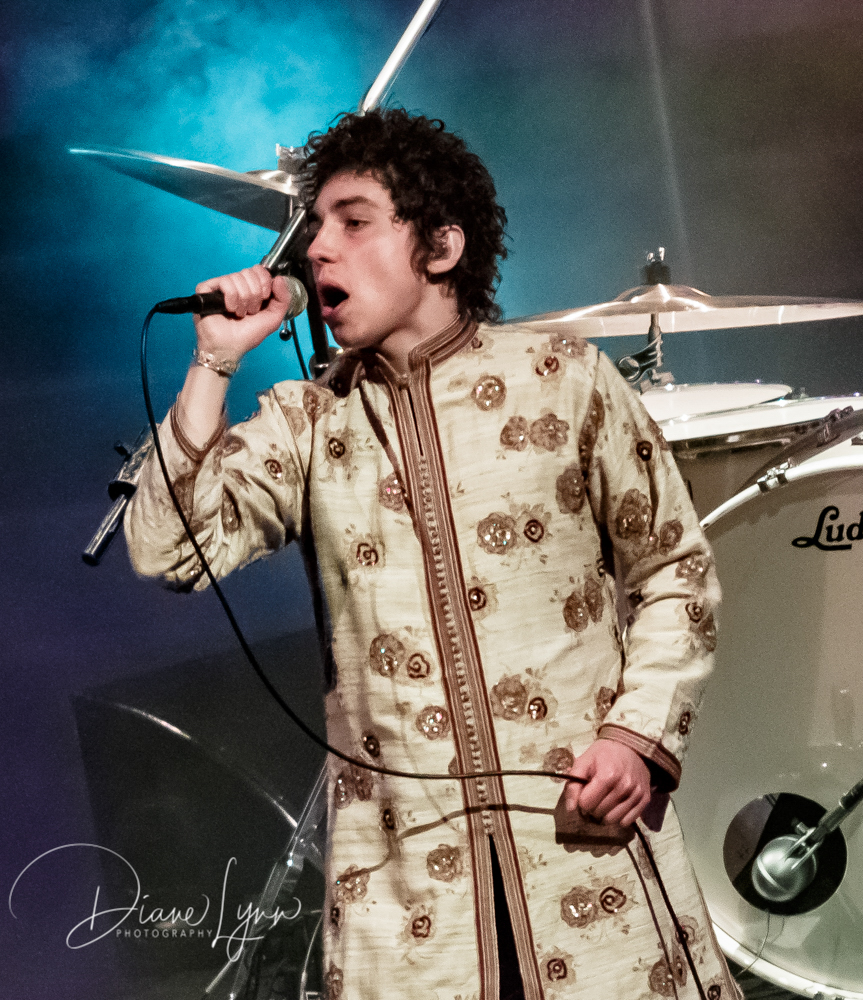 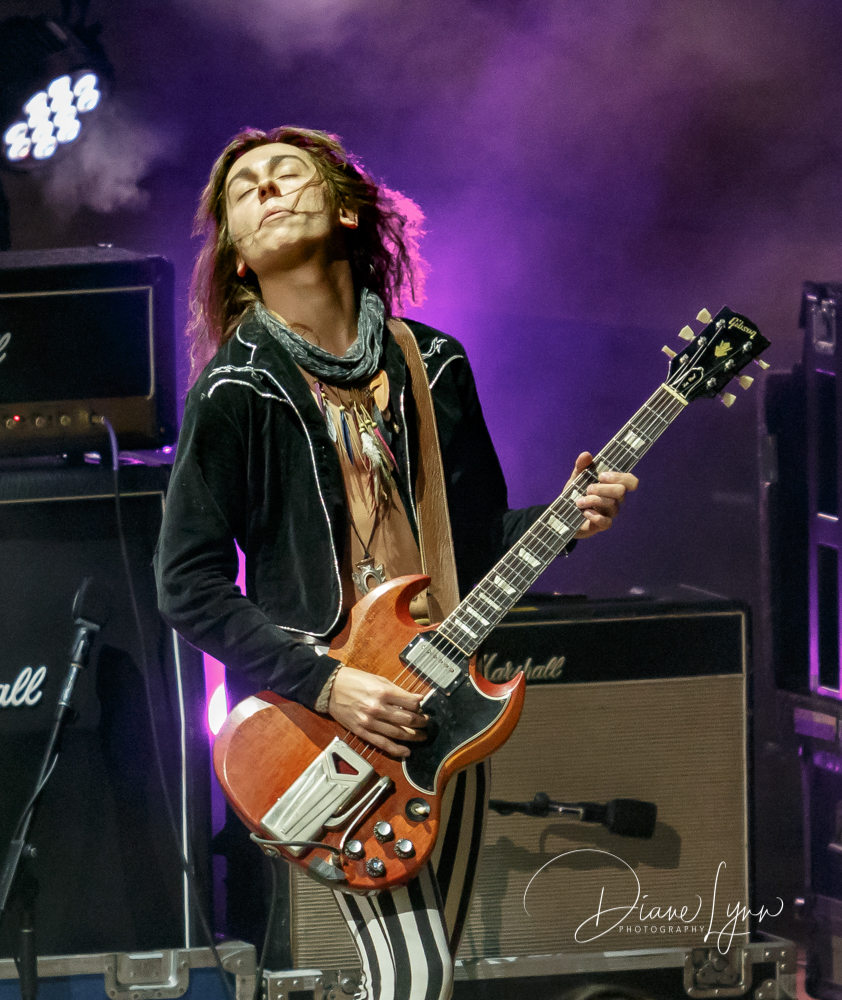 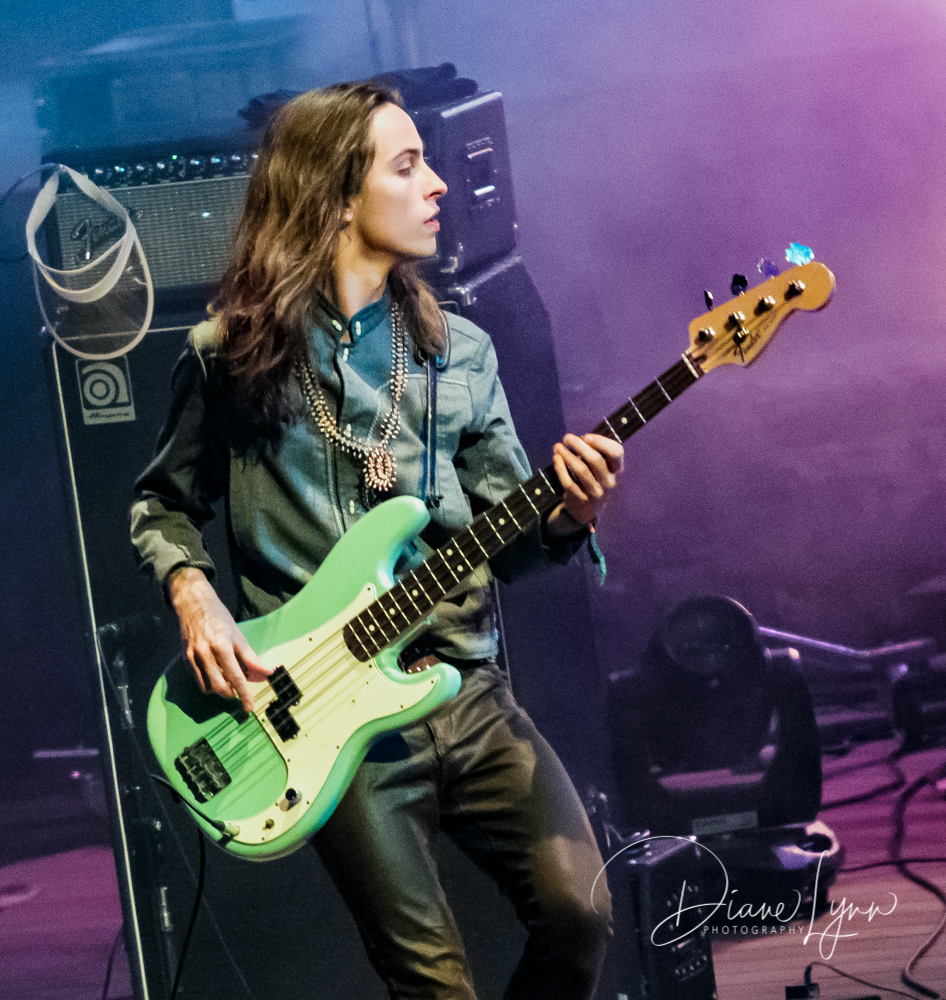 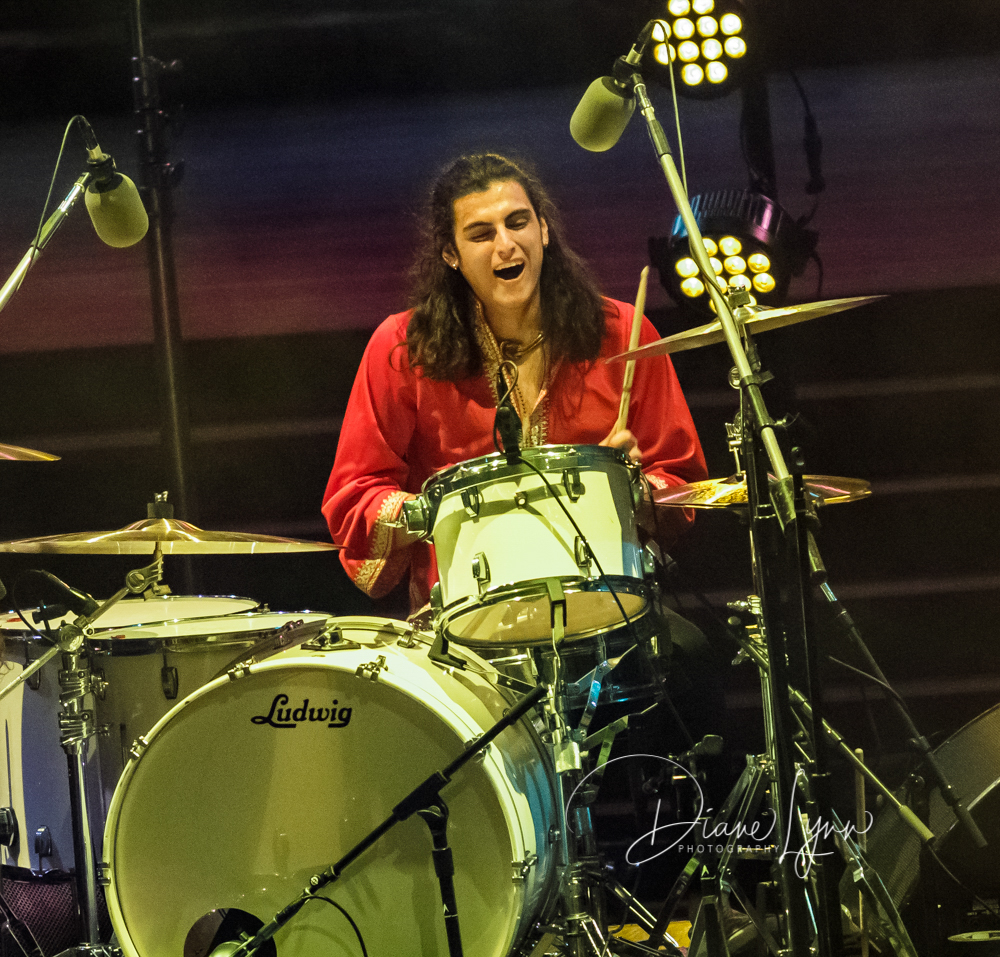 Being the huge Zep fan than I am, sure I would have loved for them to have covered a Zep tune or two at this show but their catalog has expanded so they played a full set of some pretty awesome original tunes with the one exception of “Evil” by Howlin’ Wolf they tossed in and I absolutely loved the show, even without the Zep covers 😉

You have to give these guys credit where credit is due. Whether you think the similarities are slight or profound you have to remember they write, perform, play and sing their own songs, no backing tracks or pre-recorded vocals. Their live shows are the real deal and through all of the comparisons and similarities Greta Van Fleet can definitely stand on their own merits! They were invited to play Coachella, they have sold out venues all over the country, won Loudwires Best New Artist in Oct 2017, all of this and the oldest member(s) are the twins Josh and Jake at just 22 years old!
Hey, to me they are making rock relevant again! During an interview last year with Blabbermouth (Blabbermouth.net. September 16, 2017) where they were asked about their similarities to Led Zeppelin, Josh (lead vocalist) answered “We’ll take it”!
Personally I think it’s a great compliment to be compared to such a legendary band! 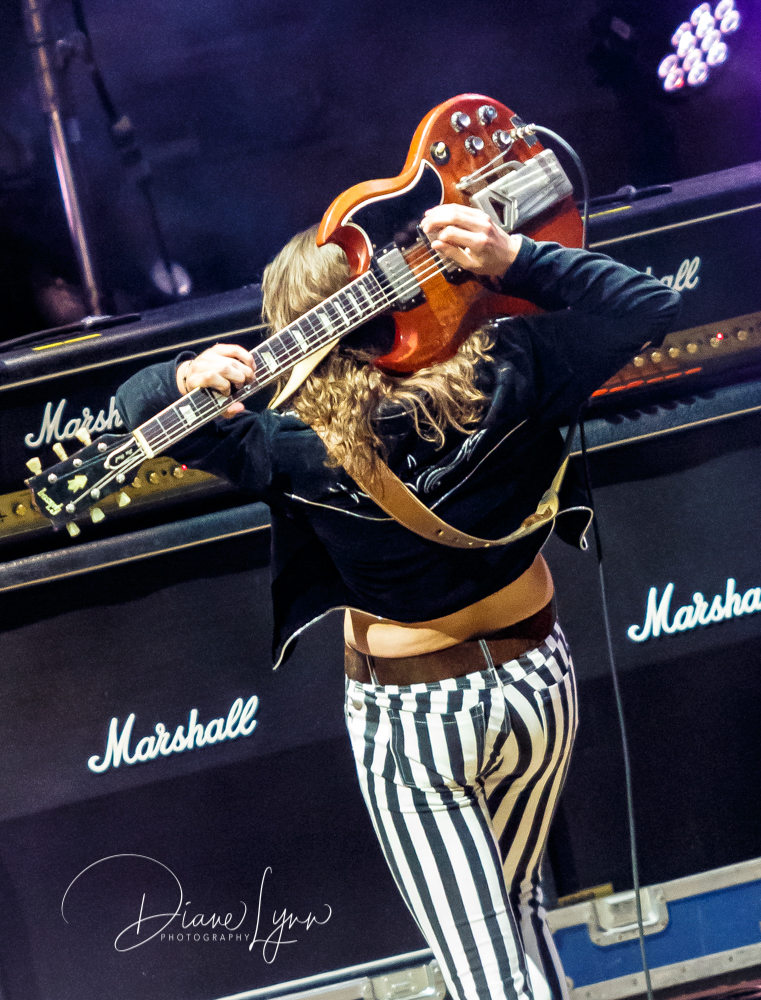 They played an amazing show at a beautiful venue called the John Anson Ford Amphitheatre in Hollywood.
This was the first of what was to be two shows back to back at this venue – pre Coachella. But it seems Josh needed to rest his voice a bit before the big Coachella gig so this ended up being a one night event and I’m so grateful that I was there to capture it!

The weather was right for an outdoor show and this venue was perfect for the occasion. This was a general seating venue so when the doors opened the fans actually sprinted for the best and closest seats in the house. You could feel the anticipation as we waited for Greta Van Fleet to come out. And as they took the stage, all with smiles, the crowd erupted with applause and whistles. 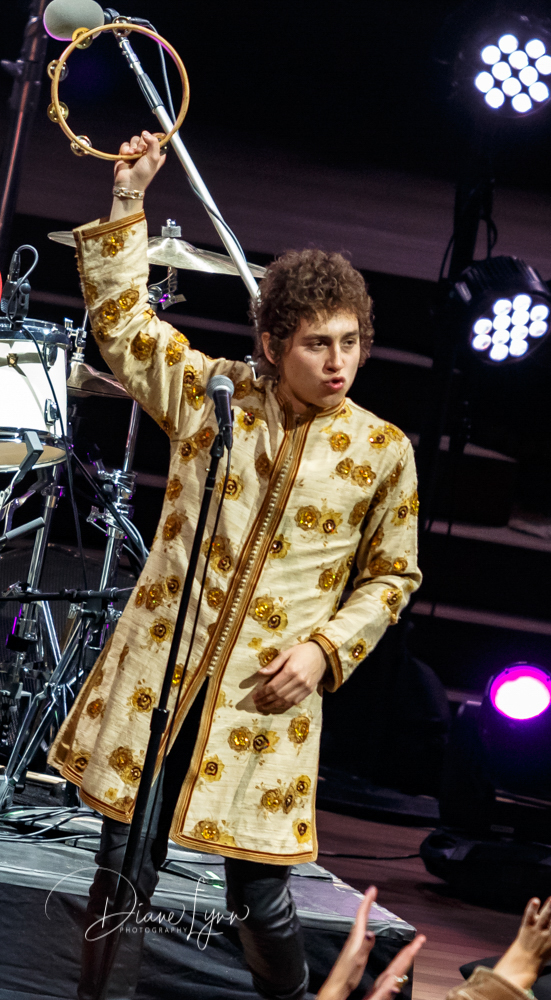 They immediately broke into their rockin’ hit “Highway Tune” and the crowd loved it! These fans came prepared to rock and showed their dedication to this relatively new band by wearing GVT shirts that were hot off the presses and being sold at the show, along with various other cool GVT items. Some of the fans carrying signs saying “We Love You” and I don’t think anyone sat down the entire show. Just before the show started I had a quick chat with a “fan” that was in his 70’s, and this chap was just as excited about seeing the show as I was, the fans were of all ages that night! 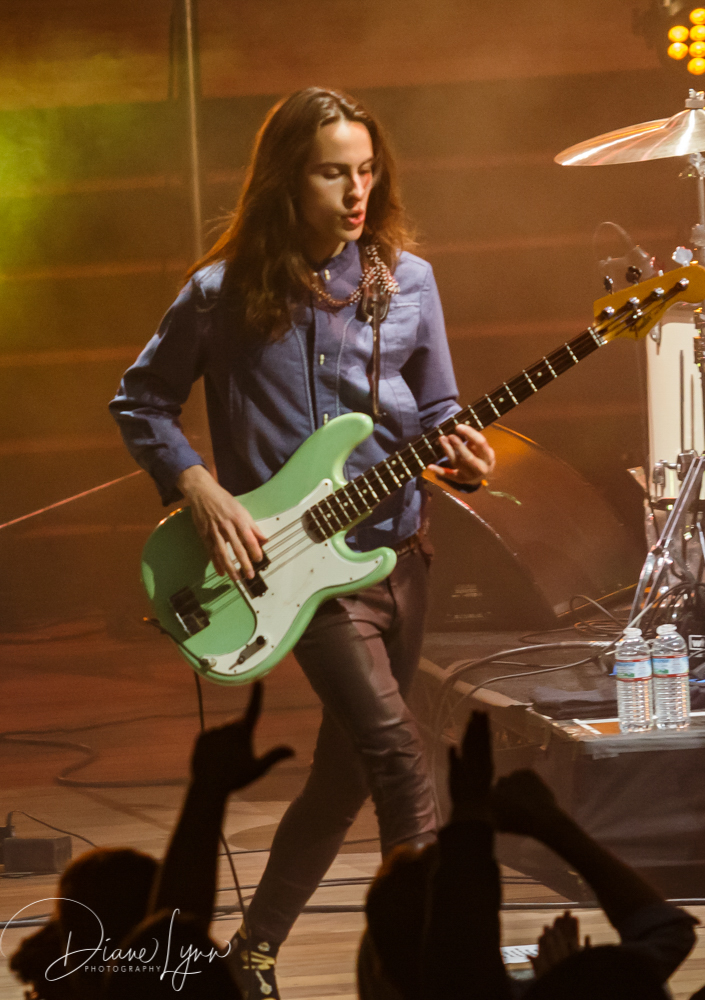 The stand out for me was the song “Lover, Leaver, Taker, Believer”, it turned into a 12 minute rock show all on its own! There was a semi-drum solo, semi-guitar solo and even with Sam’s bass strap coming off he still managed to melt the stage with his heavy licks that kept the momentum of the song rolling.
It was comparable to the long, live version of “Whole Lotta Love” from The Song Remains the Same, sorry but I had to! 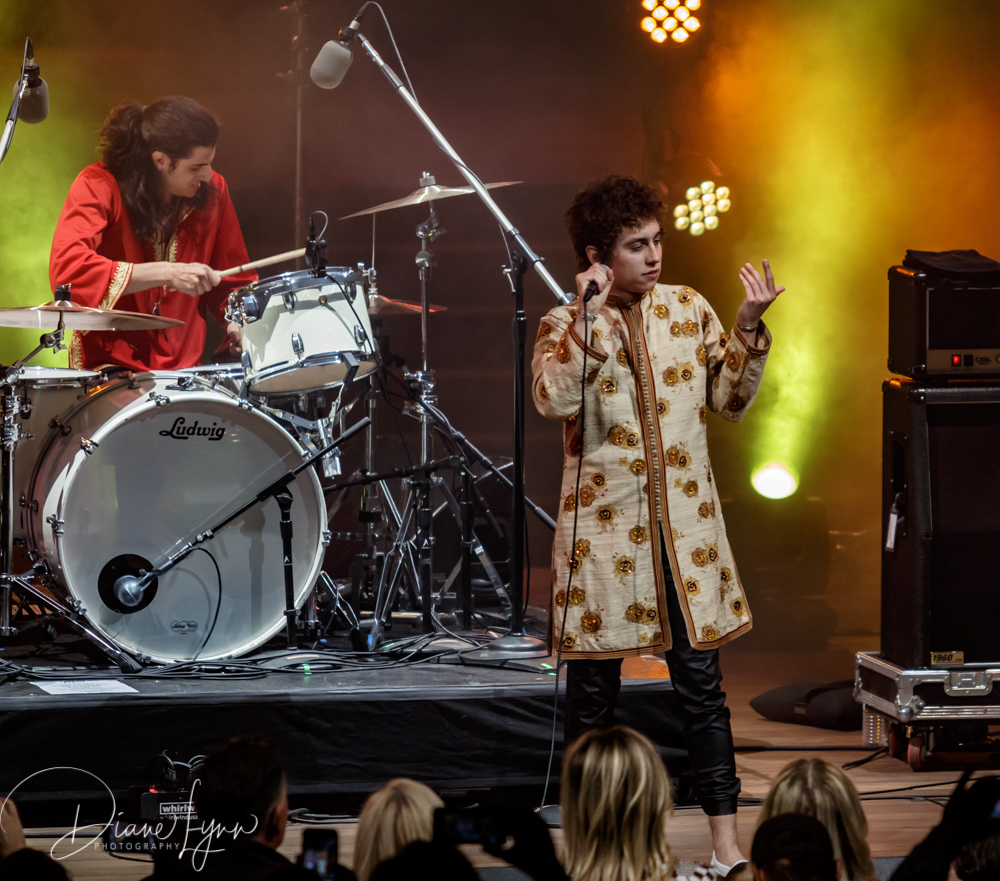 I’ve been doing a bit of reading up on the guys in the band and it really did surprise me that none of the Kiszka brothers have ever taken a music lesson, each are self-taught. That’s pretty impressive considering how young they are and how much they accomplished in a short time. I did notice while watching the various YouTube videos and after seeing them live that bass player Sam really doesn’t’ like wearing shoes, but for this night he simply wore a pair of black n white socks. Jake chose to stick with his ever popular striped black n white pants which seemed to be ok with all of the female fans that had positioned themselves right down in-front of him. Josh was wearing something I’ll call a “frock” that definitely reminded me a of a very young Rock God named Robert Plant (another similarity) and all I kept thinking while watching Danny beat the heck out of the drums was there is no way he’s only 19 years old! I stated it at the very beginning of this review and I will state it again, these young guys are talented! Someone said to me that night, they would be safe to bet that these boys will be opening Coachella in two years; I think I’d join in on that bet! 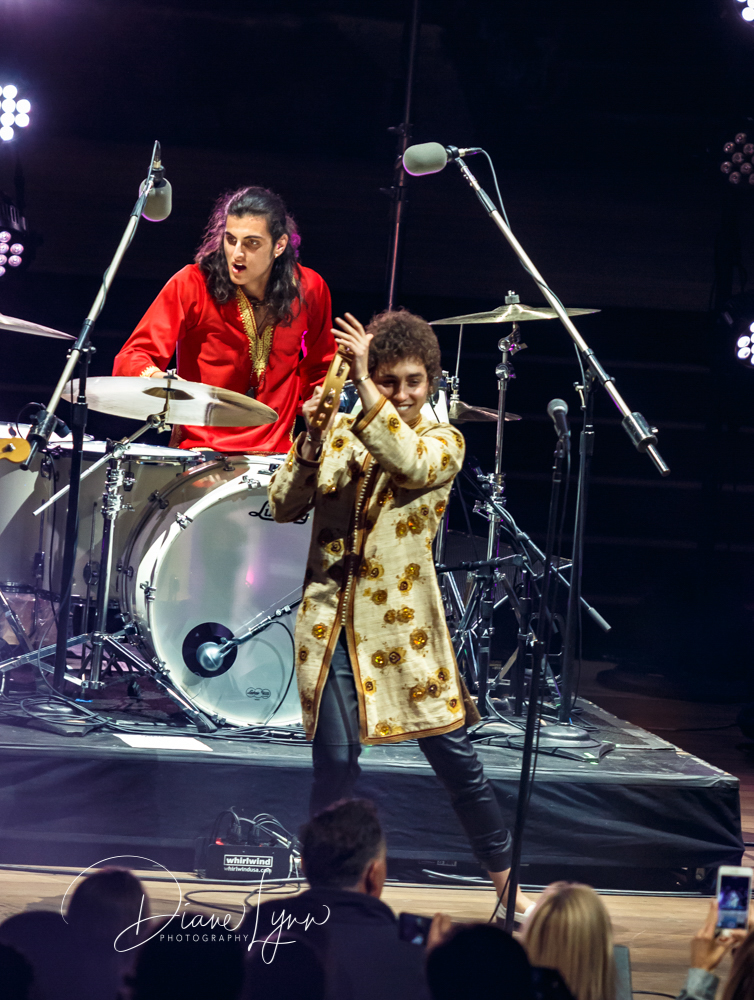 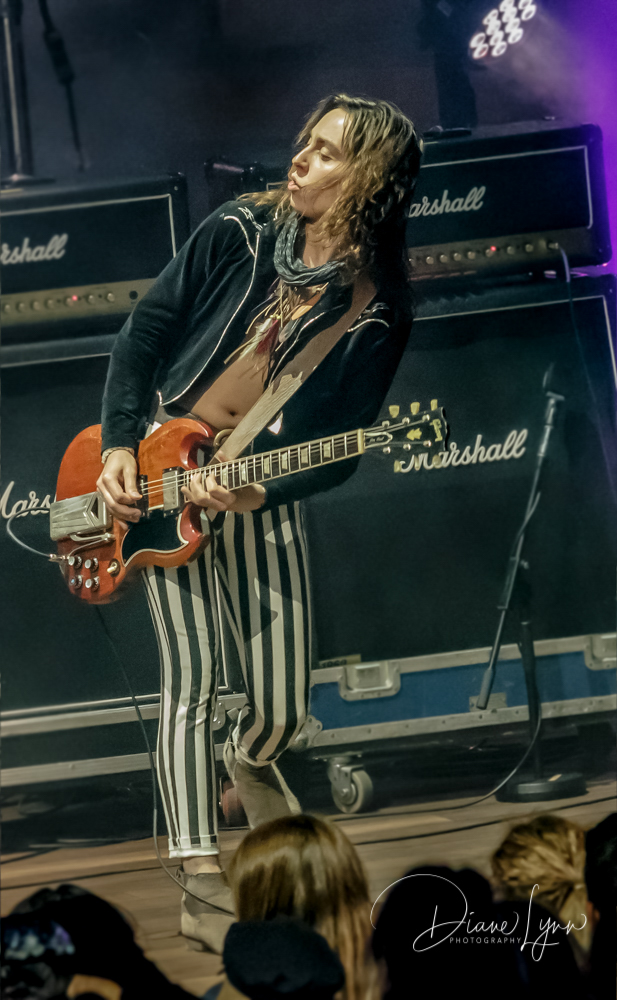 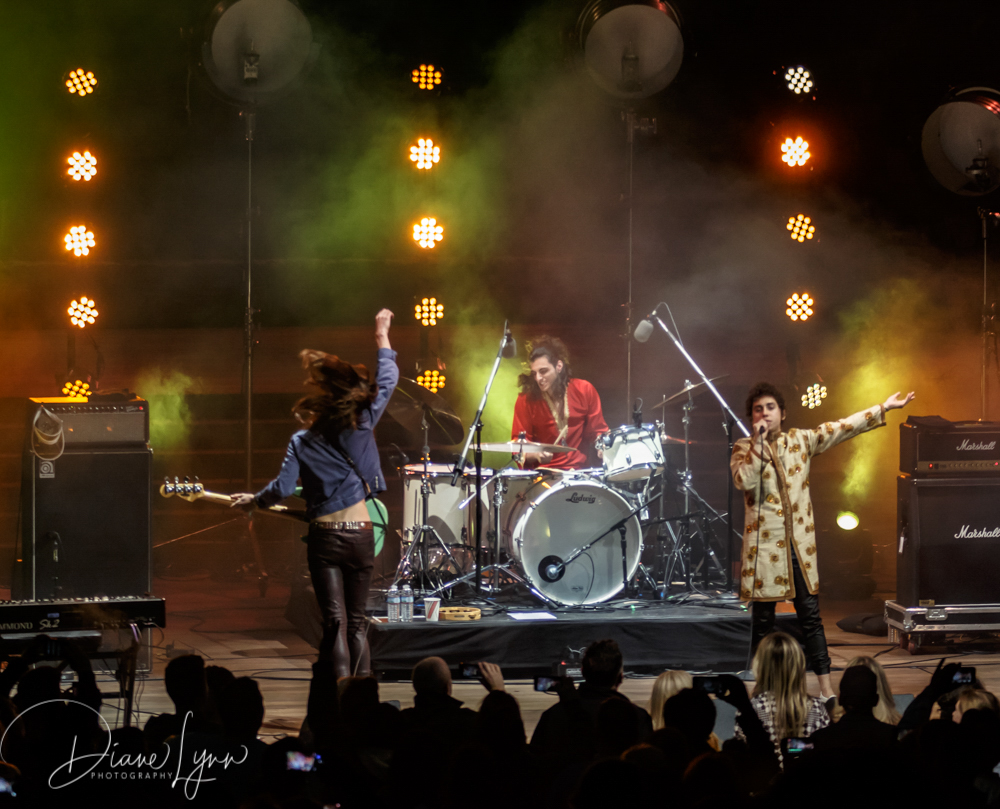 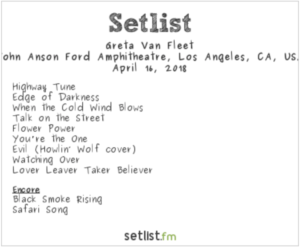 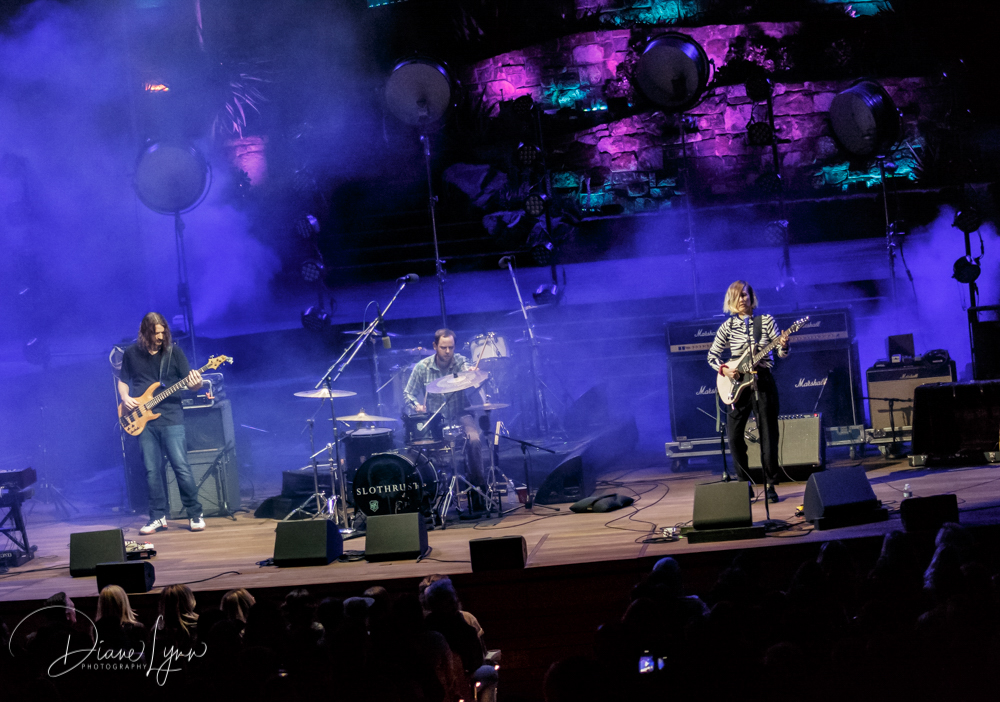 Well, you have to admit that’s a pretty unique name for a band but this is pretty unique band, so I’d say it’s fitting. This band is a trio, lead by a female guitarist that will knock you back in your seat. 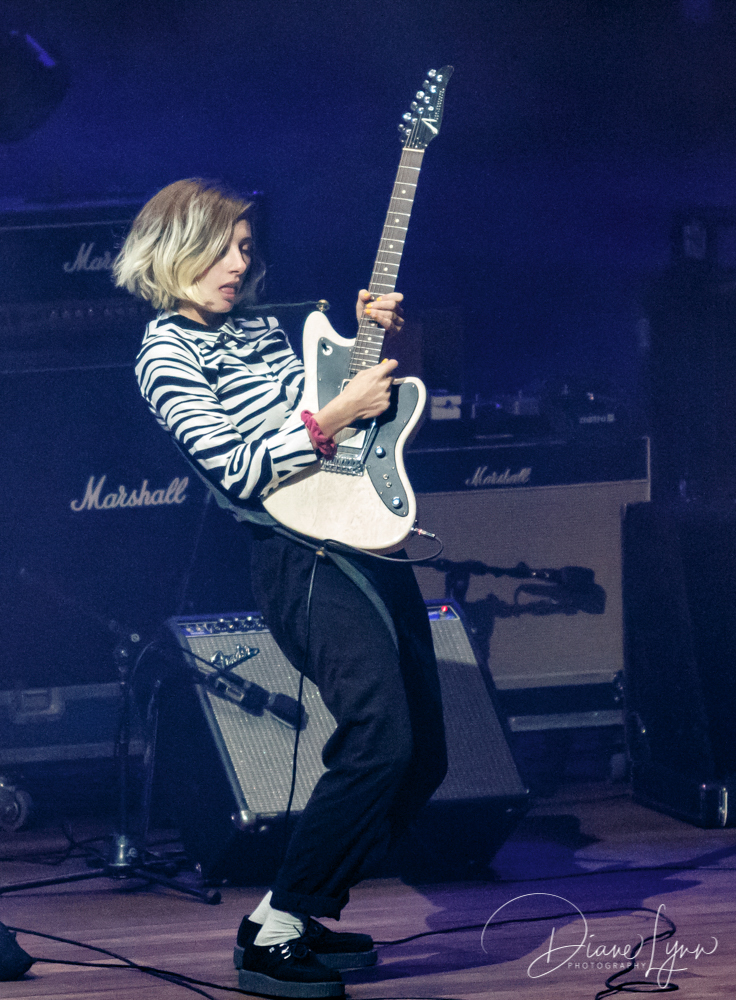 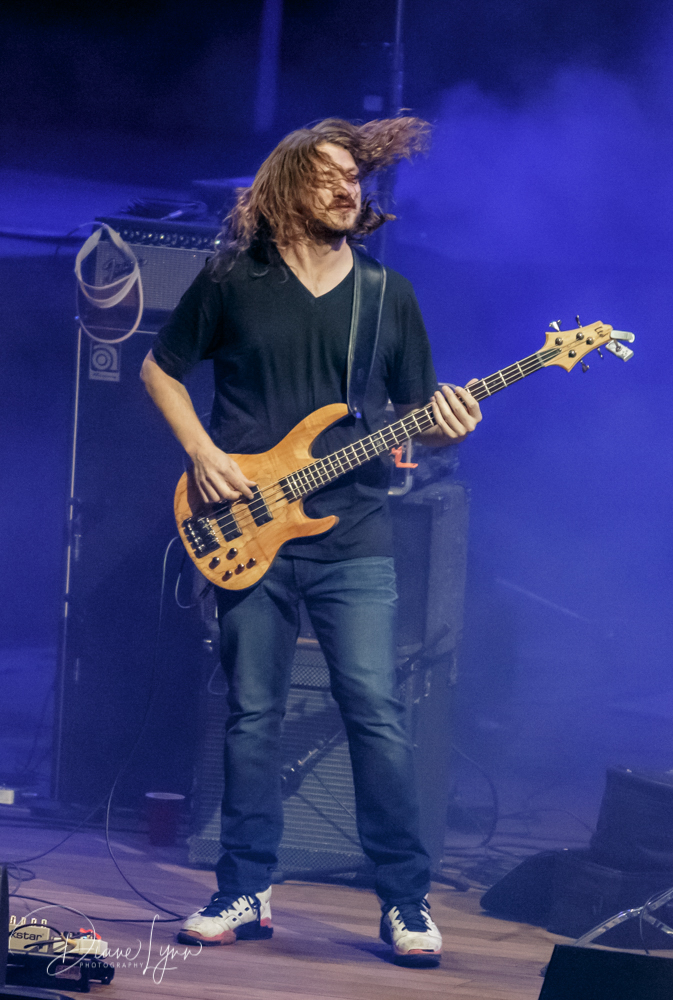 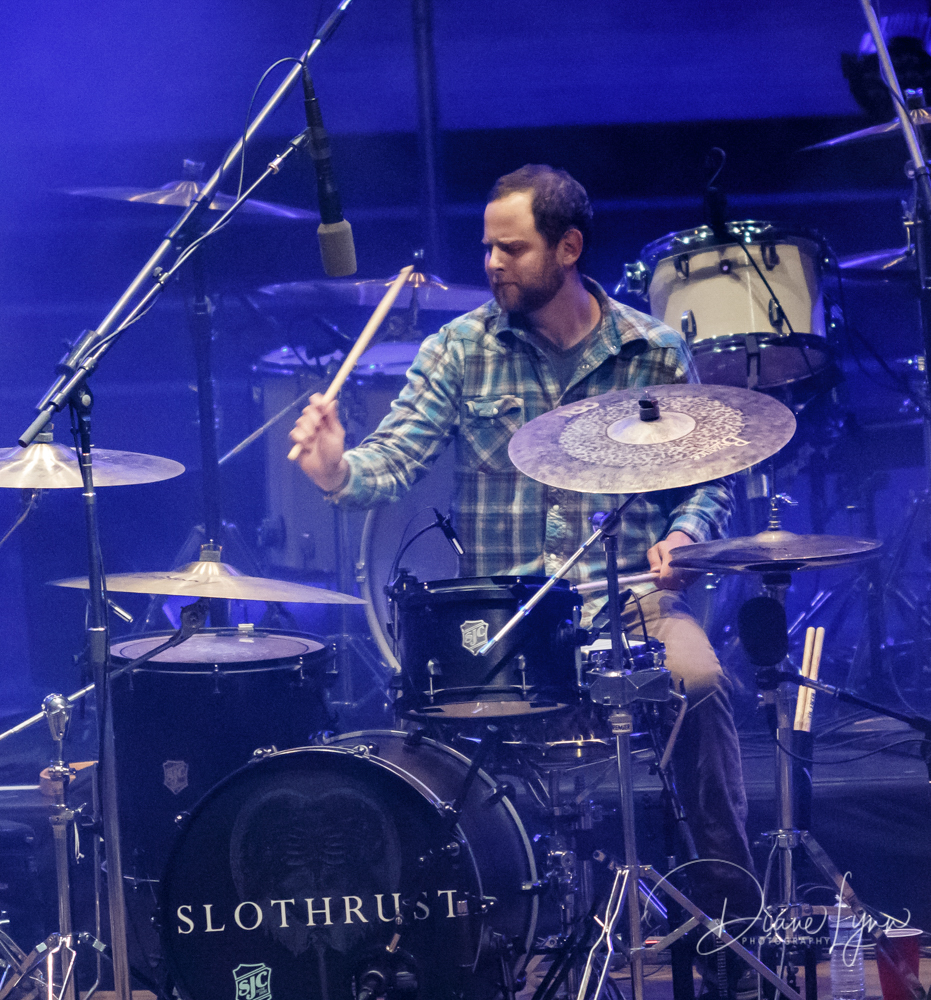 Slothrust is an alternative rock – grunge band with a heavy jazz, blues mix and are from the beautiful city of Boston Massachusetts. They have been active since 2010 and all three current members are the original lineup. 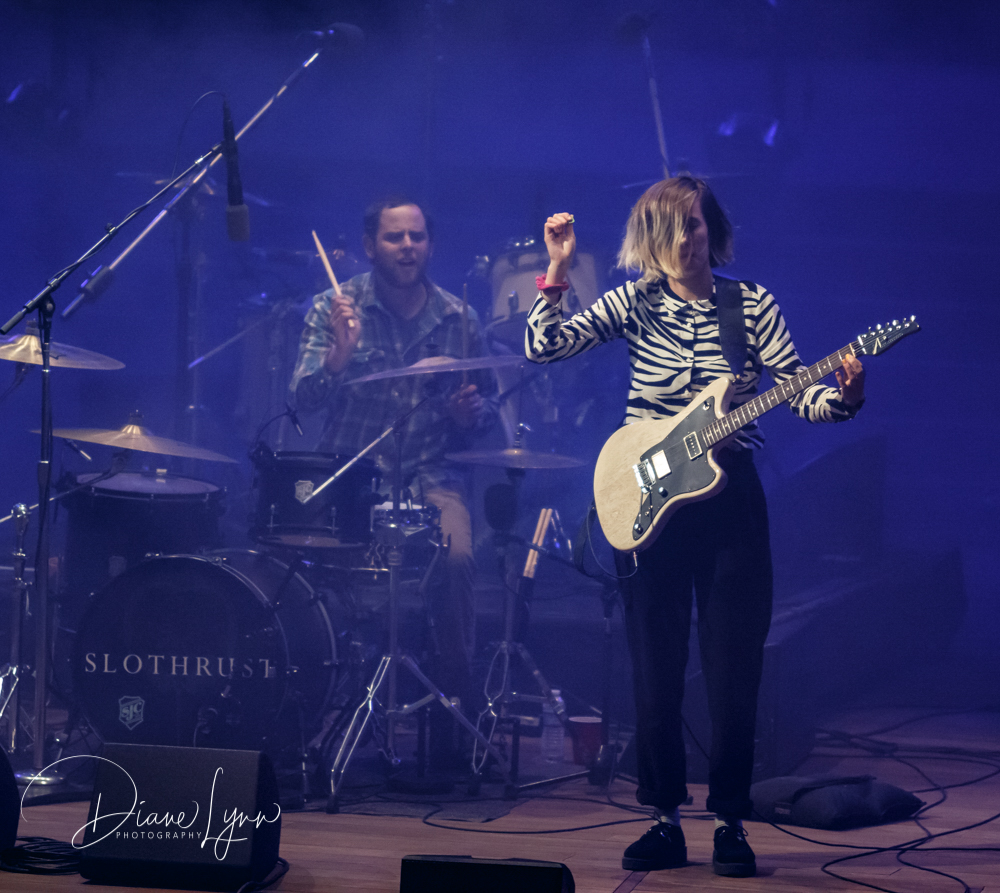 News: “At Home and Social with NUNO BETTENCOURT & Friends” –...