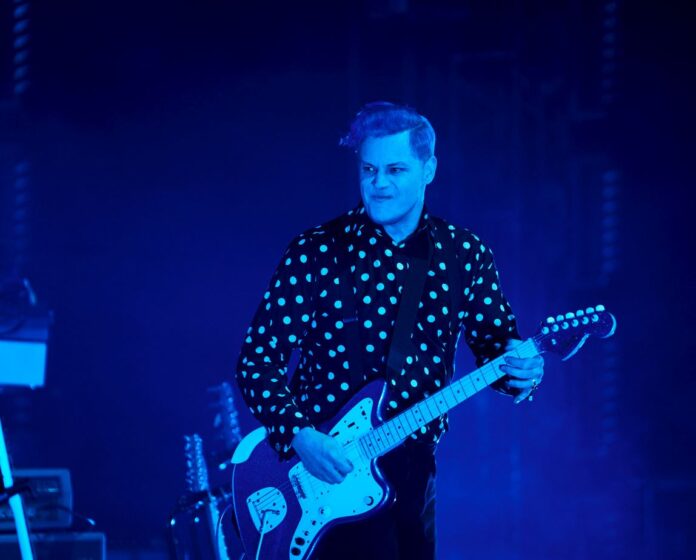 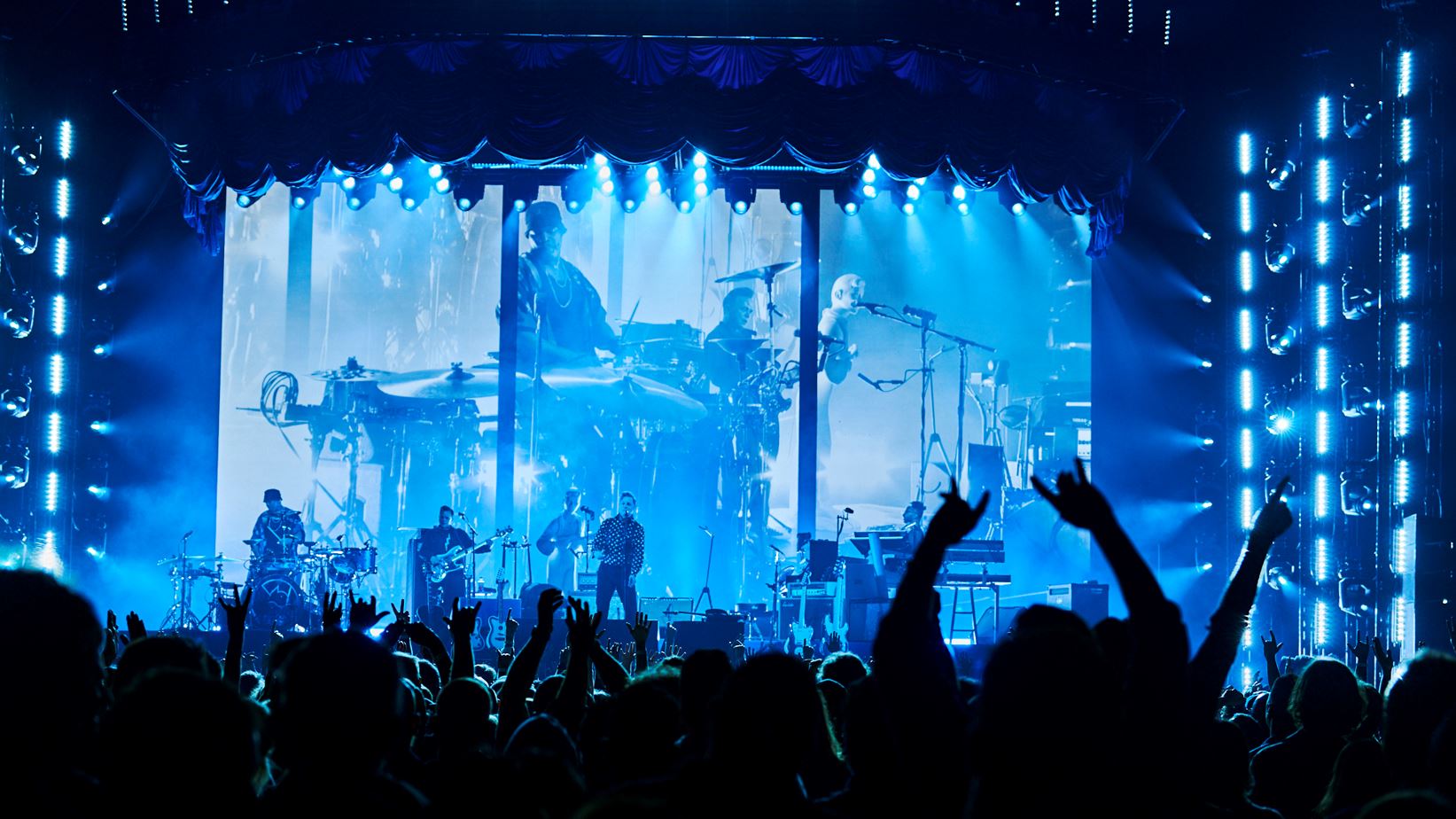 Jack White performed a solo show at Brooklyn’s Barclay Center on April 21, 2022.  He is currently on the aptly named Supply Chain Issues Tour supporting his new album “Fear of the Dawn”.  White’s career was launched in 1997 when his first band the White Stripes was formed.  The band released quite a bit of material before they gained traction in the mainstream with their 3rd album “White Blood Cells” in 2001.  They released 6 studio albums before they disbanded in 2011.  White has two other bands; The Raconteurs and The Dead Weather, which still perform occasionally.  He has mostly concentrated on his solo career which has produced 4 albums to date.  Jack White has one of the most musically recognizable sounds, no matter what band he is in, his influence is always highly evident. 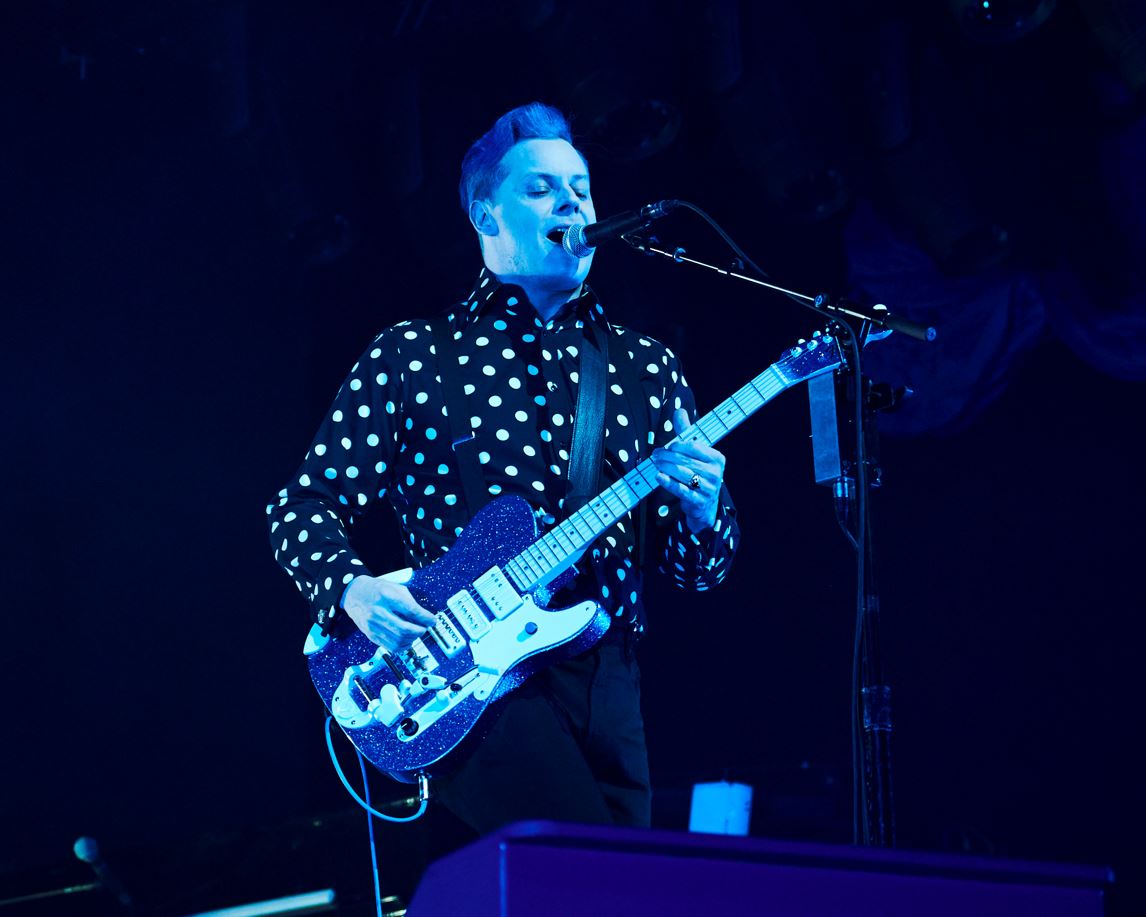 The last time that I saw White perform in New York it was somewhat of a debacle.  He played at Radio City Music Hall in September 2012.  He was unhappy with the crowd and walked off the stage after 55 minutes.  Thankfully times have changed and so has Jack White.  He played for over 90 minutes with a set spanning his entire discography.  No matter what incarnation of White you were a fan of he had you covered.  He performed 10 solo songs,  8 White Stripes songs, 3 from the Raconteurs, 1 from The Dead Weather and a  couple of covers.  White was backed by drummer Daru Jones, bassist Dominic Davis and keyboardist Quincy McCrary. 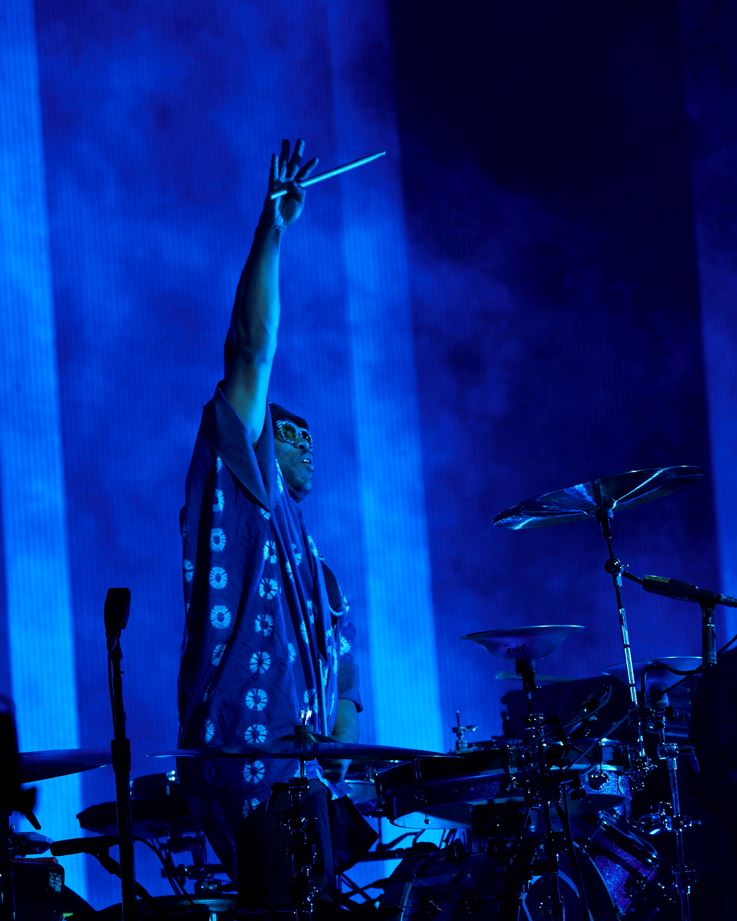 Jack White opened his set with the first two songs from “Fear of the Dawn”; “Taking Me Back” and the title track.  Right out of the gate you could hear White’s signature sound, it was like the White Stripes showed up with more bite.  His guitar was distorted, crunchy and distinctly him.  There is no other way to describe it.  The title track also featured the fuzz factor but his guitar playing went between a heavy bass chug and shrill single notes.  The 3rd song of the set went deep into the White Stripes catalogue, “Dead Leaves and the Dirty Ground” off of 2001’s “White Blood Cells”.  This song has some moments where the guitar is not the star so White’s vocals were highlighted and not overshadowed.  Like his guitar style his vocals also extremely recognizable.  His vocals aren’t clean, they aren’t soft or polished.  They are gritty, sometimes sharp, with a bit of vulnerable shake but they are like no one else’s. 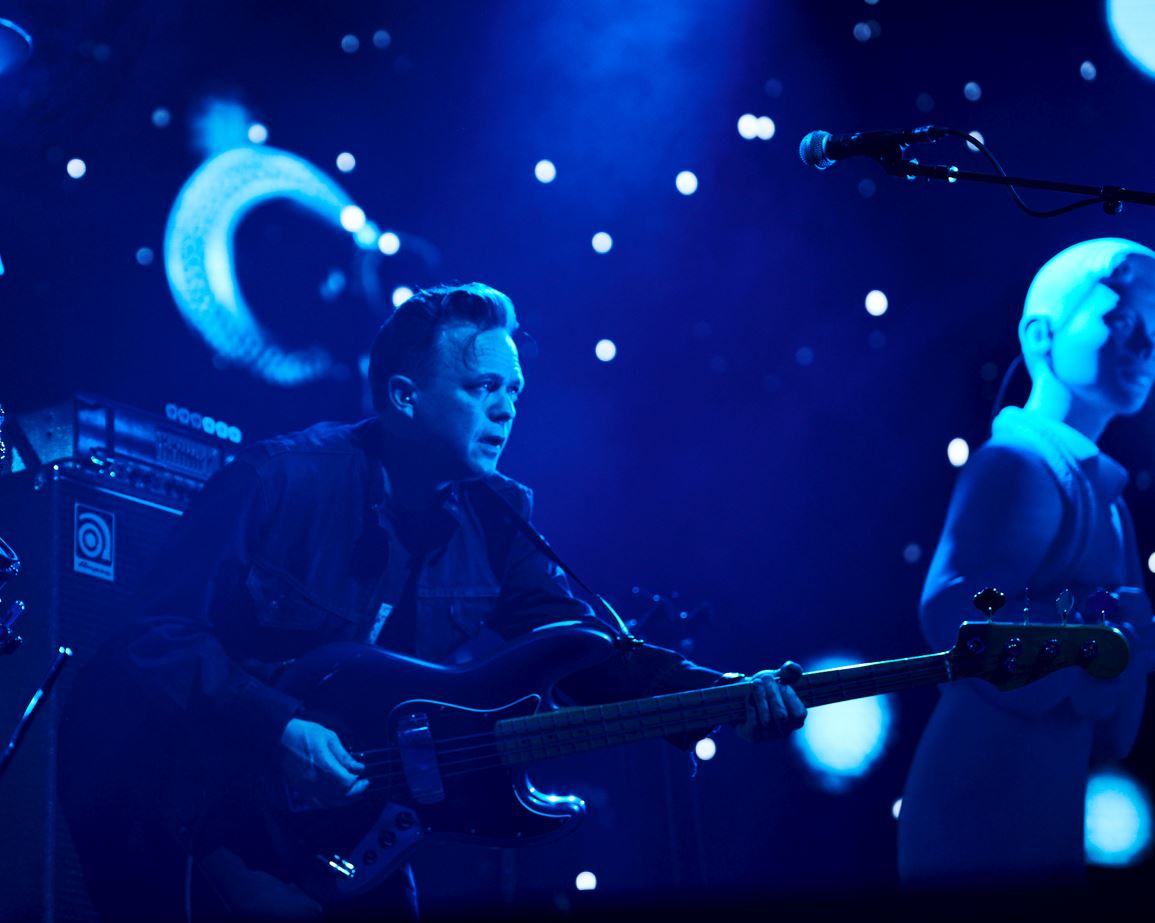 A couple of songs down the list White hit one of my favorite solo tracks, “Love Interruption”  from 2012’s “Blunderbuss”.  This song featured the keyboard, an acoustic guitar and vocal harmonies.  This song turned into a delightful sing-along with the crowd which was kind of blah up until this point.  Next he hit a Raconteurs song, “You Don’t Understand Me”.  White sat down at the piano for this throwback.  The chorus had a Beatles feel and the ending had some Little Richard piano chops, it was definitely a musical spectrum.  White hit several other solo tracks both old and new during his set including “Love is Selfish”, “Lazaretto” and “Queen of the Bees”. 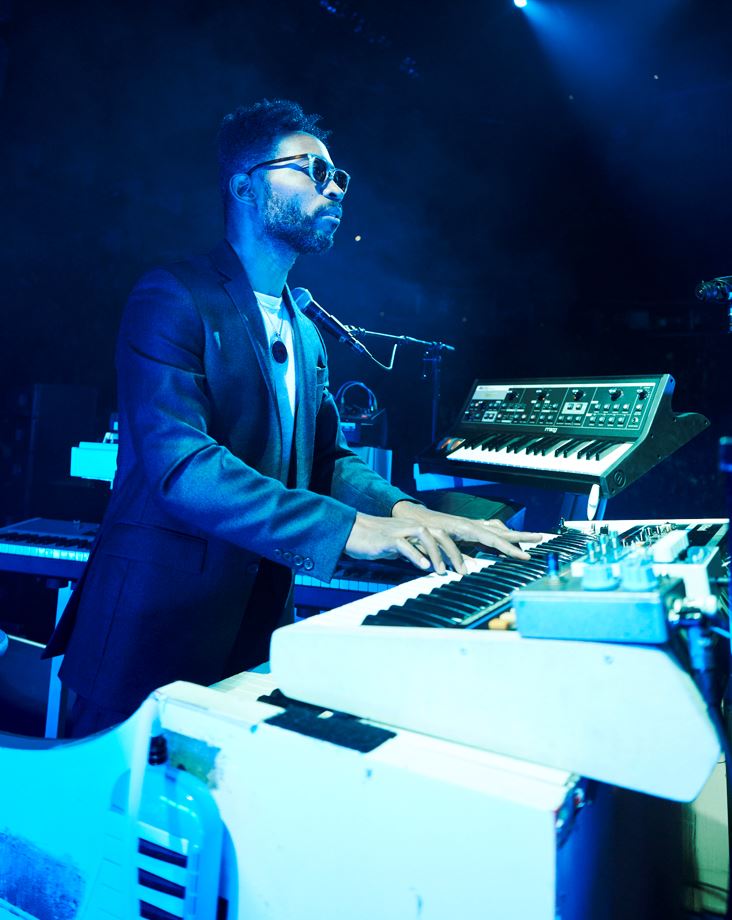 Every now and then musicians save the literal best for last.  On this night Jack White decided to destroy Brooklyn by pulling out hits from each of his bands for the encore.  First was the White Stripes, “Icky Thump”.  This song literally thumps.  Chuggy guitars, a straight bass drum beat and rap style vocals.  The audience lost their damn minds.  I was at the back of the arena and a whole row of guys in front of me were ready to storm the floor.  I think they had been waiting for this moment all night.  Next up was one of White’s solo songs, “Sixteen Saltines”.  I’ve been waiting for a redo of this song since the Radio City gig.  This song just rips live.  Then he played the one and only Dead Weather song for the evening, “I Cut Like a Buffalo”.  White brought out the funk beats for this one.  Unlike everything else he played this song was distinctly different and refreshing.  As the crowd got louder so did the show,   The second to the last song of the night was the Raconteurs, “Steady as She Goes”.  Moshing ensued and a lady by herself at the back of the floor seemed to be in some sort of trance dancing by herself.  Closing out the night was undoubtedly the song that really put Jack White on the map many years ago and is probably his most popular song, The White Stripes, “Seven Nation Army”.  If you do not now hear the guitar riff in your head, you and I are living on different planets.  This couldn’t have ended any better.  The encore literally made a great show unforgettable.

Jack White is an innovative talent that cannot be matched.  Earlier this day I had a conversation with someone about how so many new bands sound the same.  To the point that you cannot tell them apart when they are on the radio.  This will never be something that is said about Jack White.  He sounds different, he plays different and he writes different.  He may not be the biggest artist in the world but he is definitely the most unique and that will be his legacy. 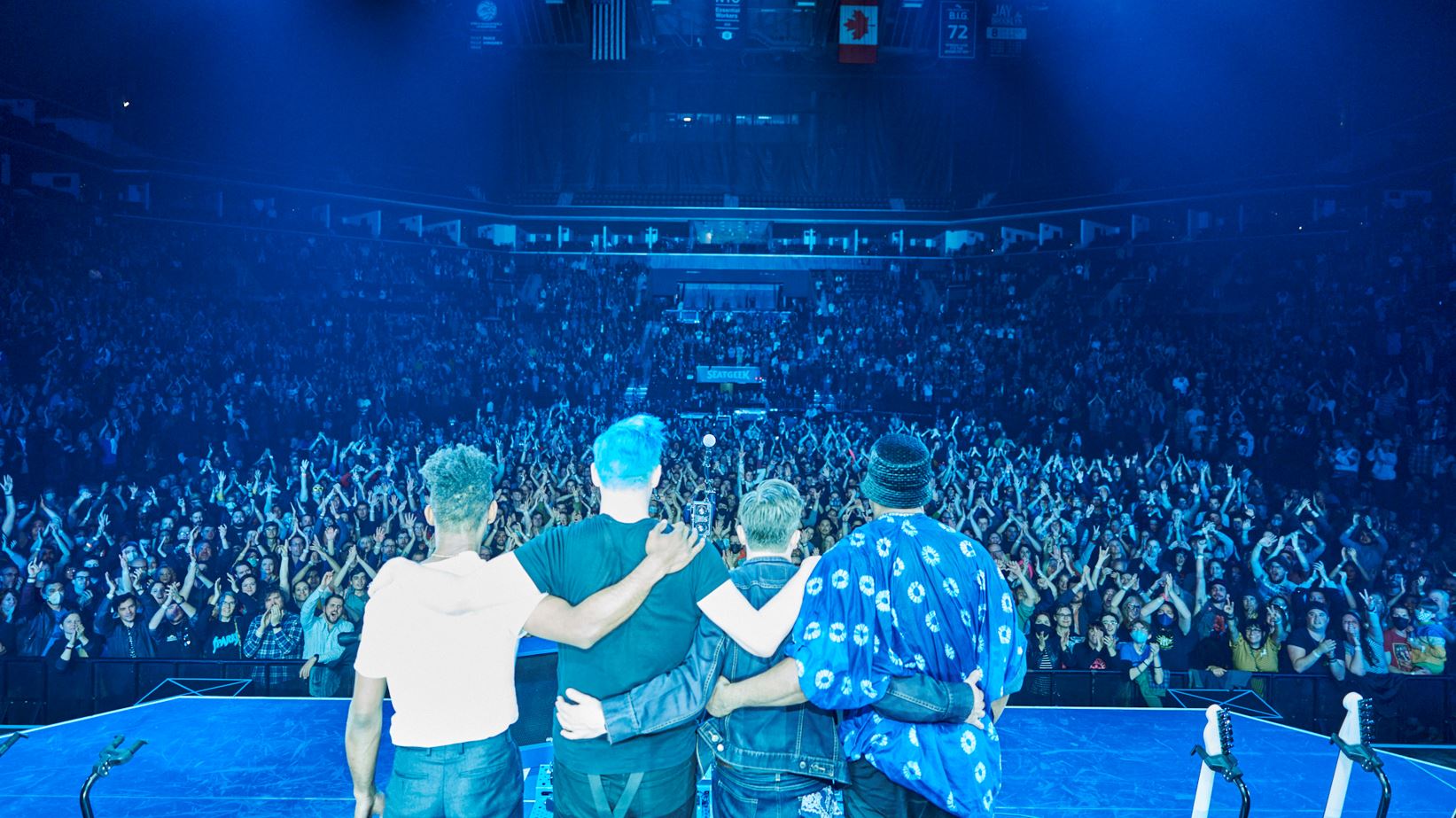