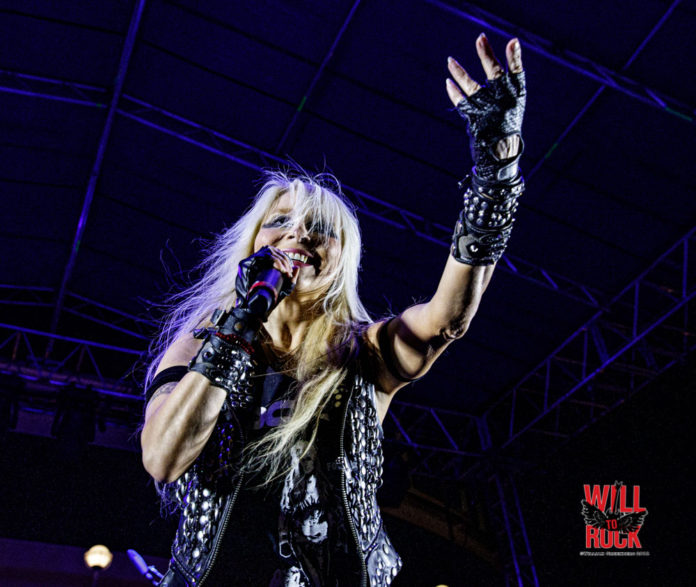 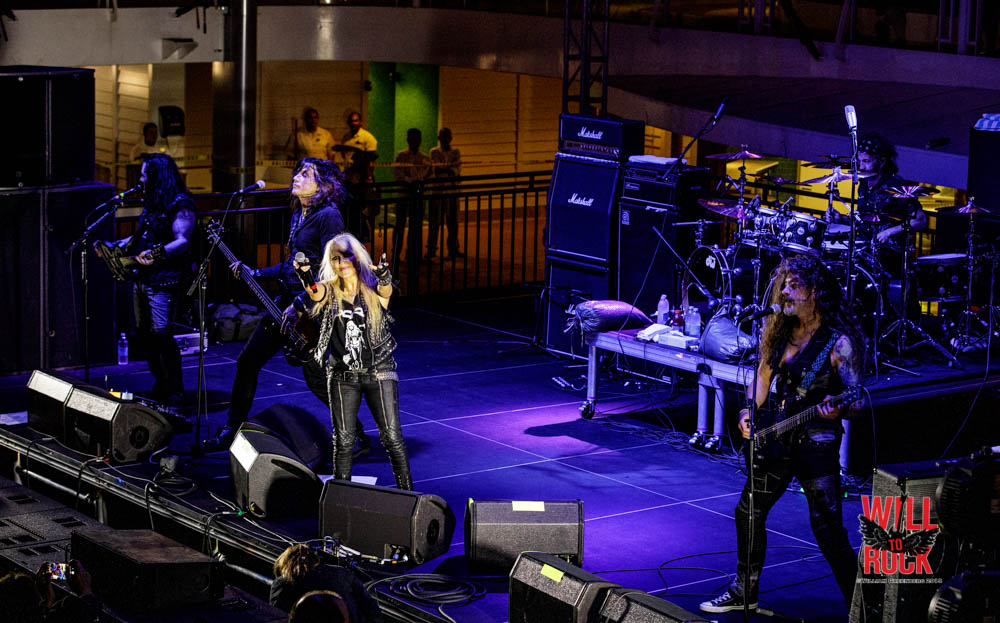 On a ship full of metal bands that oozed testosterone from every inch of every stage, there were *two female artists on the boat who made every dude stand up and pay attention. One was the great Calico Cooper, with Beasto Blanco, and the other was The Metal Queen herself, Doro Pesch. 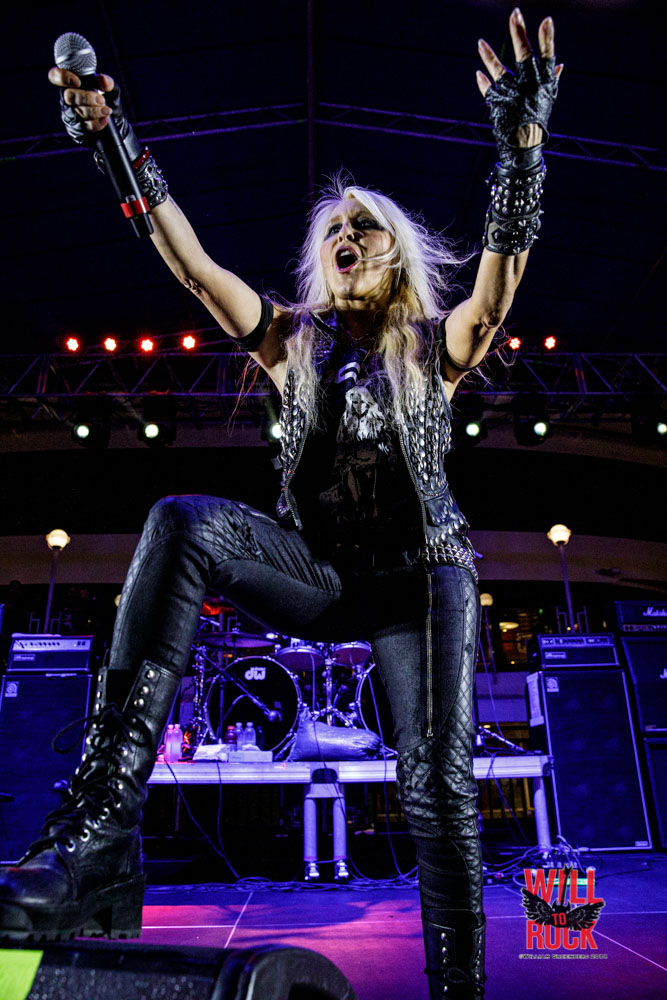 Doro has always had a special place in my heart and on my wall.  Back in N. Ireland, in the days when I lived for my weekly subscription of Kerrang Magazine…anytime that I knew Warlock were going to be a featured artist, I had my scissors at the ready to cut out Doro’s pictures and Blu tack them to my wall. 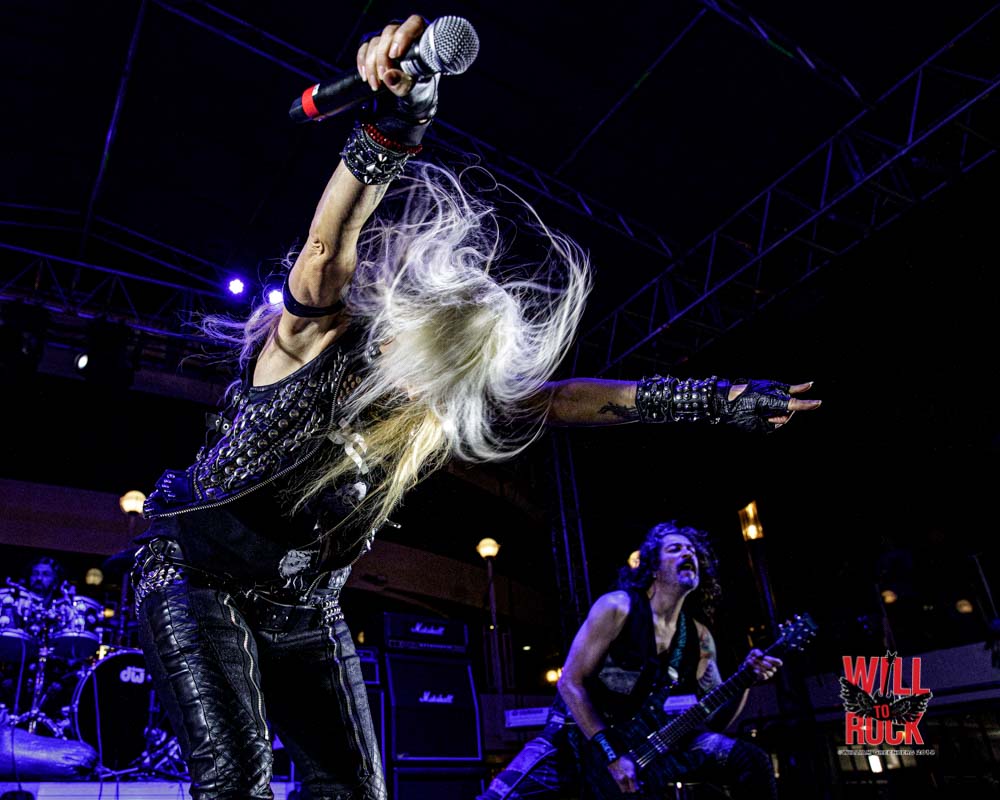 The irony of me seeing so much of Doro through my teen years, on my walls… Is that it wasn’t until MegaCruise that I actually got to see her perform in person for the first time.  She and her band have been very active over the past few years playing a lot of local gigs and for various reasons, I’ve missed them all. 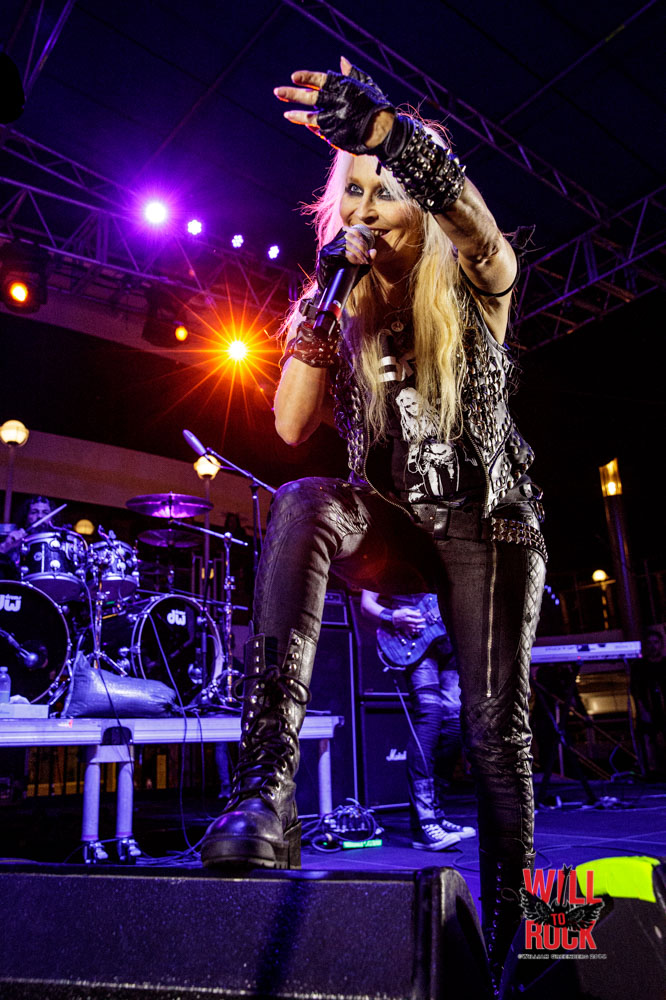 Totally and completely worth the wait!  Doro still looks and sounds amazing.  Great stage presence and a true Metal Queen.  Headbanging and throwing Horns, Doro along with her old Warlock bandmate from the Triumph and Agony days, the amazing Tommy Bolan; guitarist, Bas Maas; and the longtime rhythm section of bassist Nick Douglas and drummer, Johnny Dee, belted out a classic set mixed equally with Doro/Warlock songs. 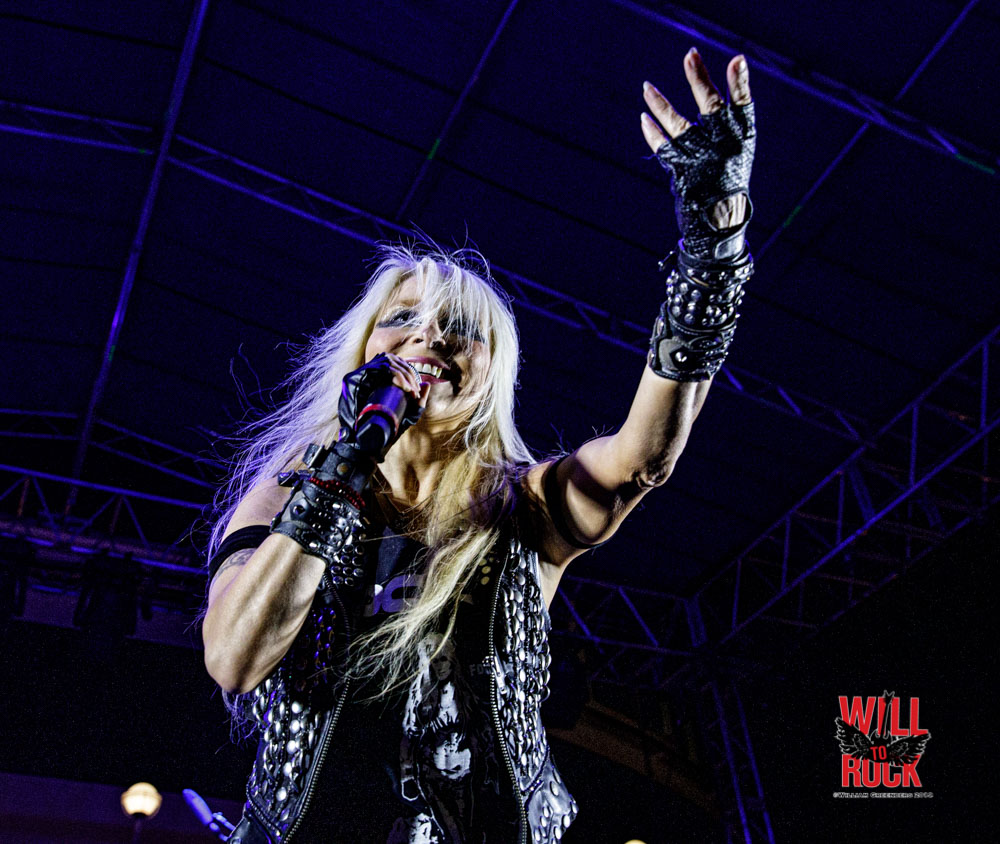 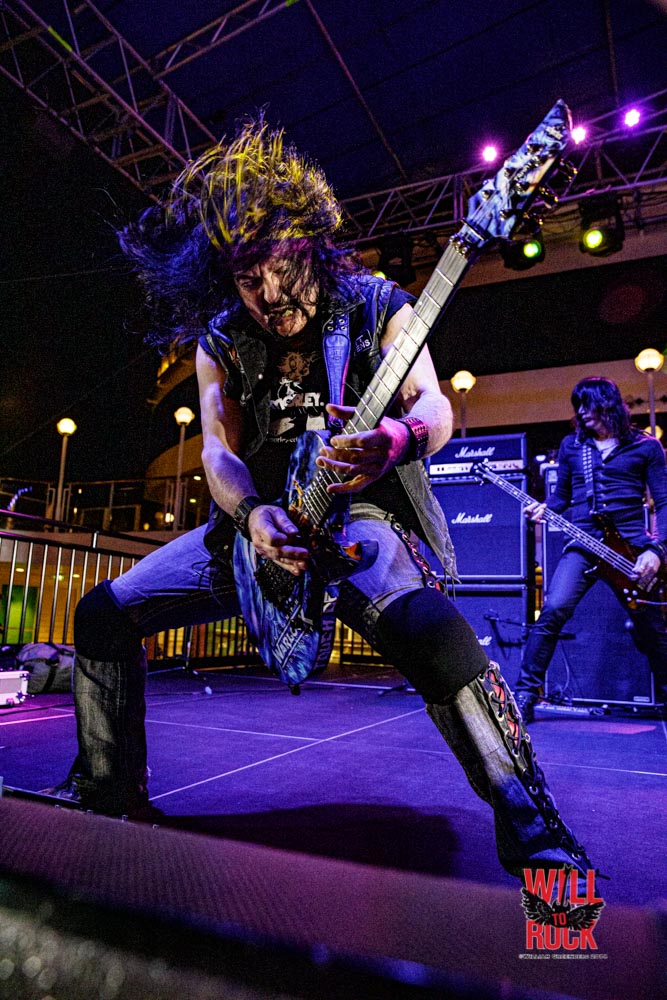 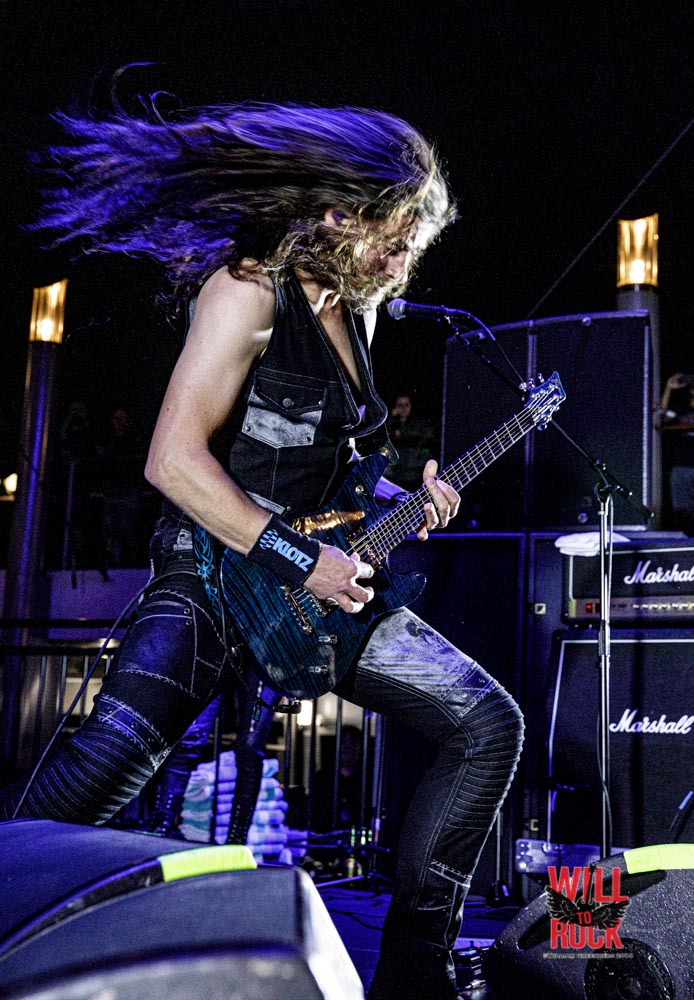 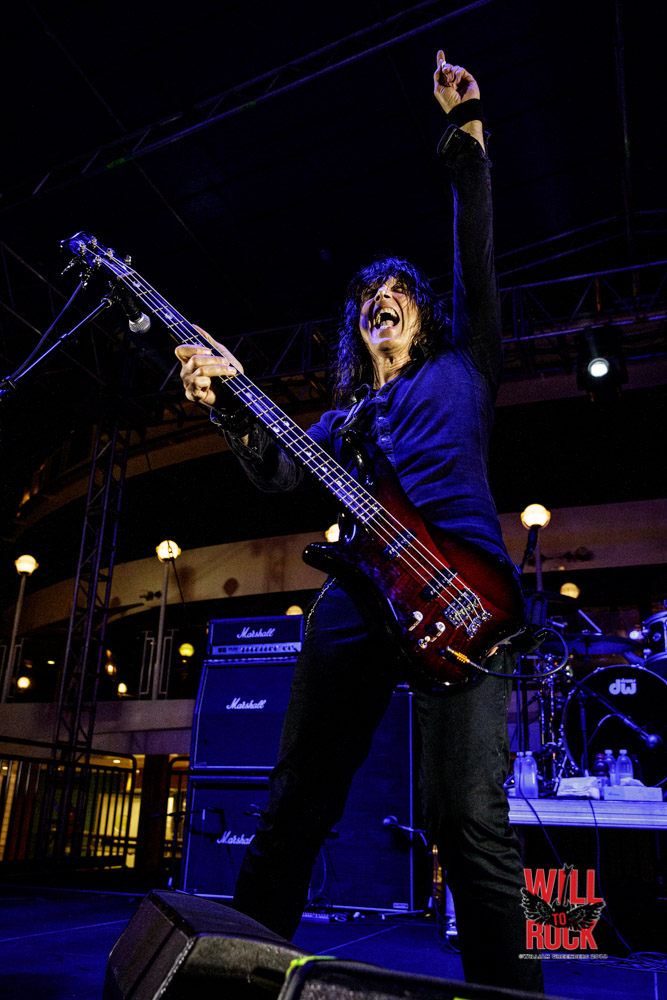 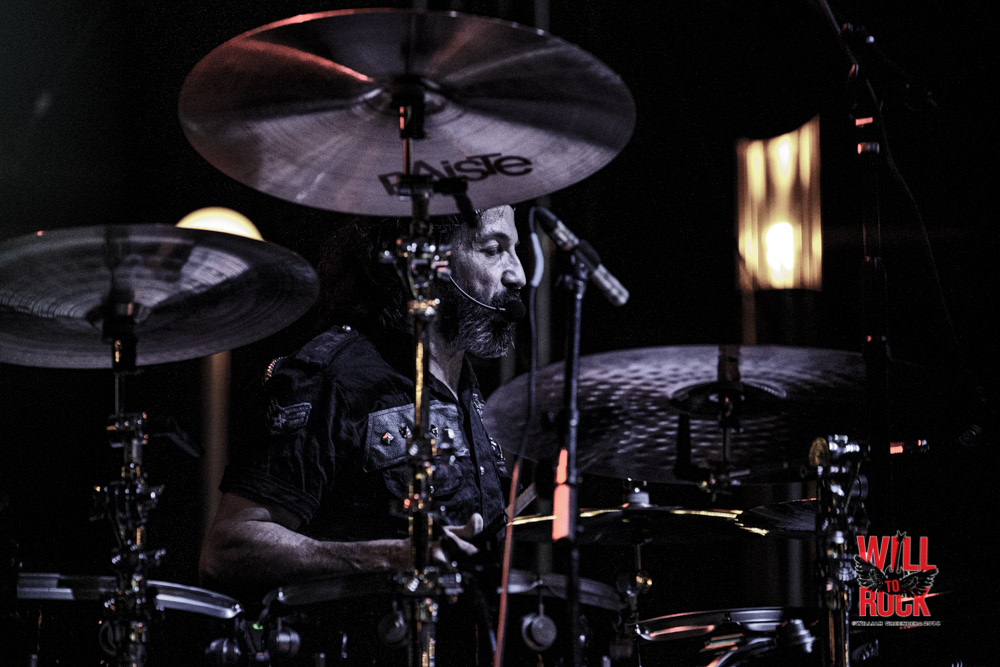 Kicking off with “Raise Your First In The Air“, that’s just what she and the crowd did while the cold winds of the Pacific Ocean whipped around the Pool Stage as we started our voyage ALL the way down to… San Diego?!?! 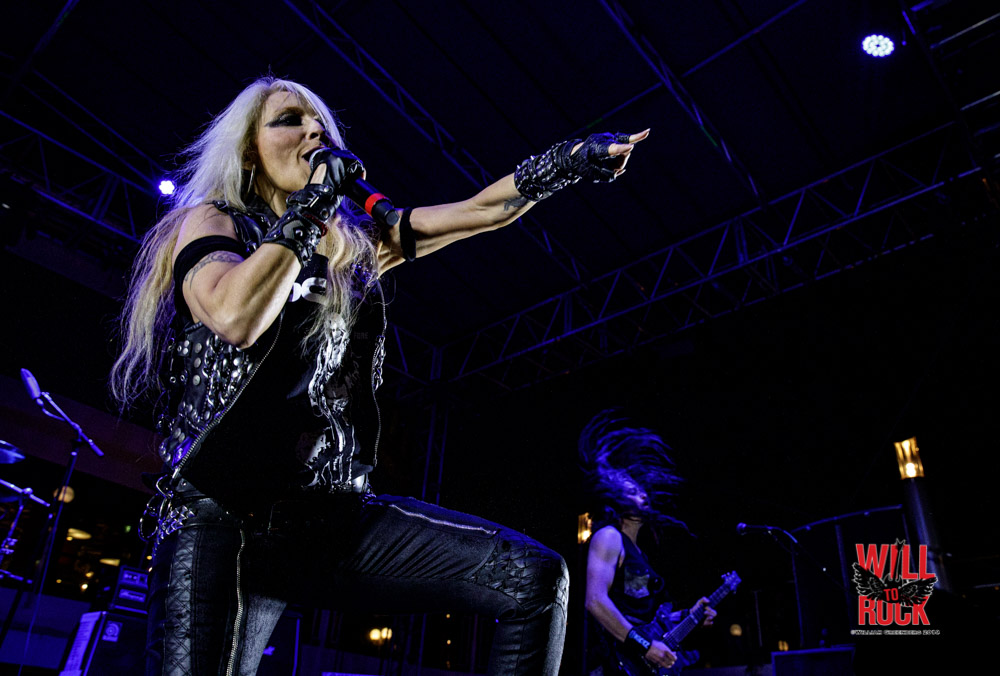 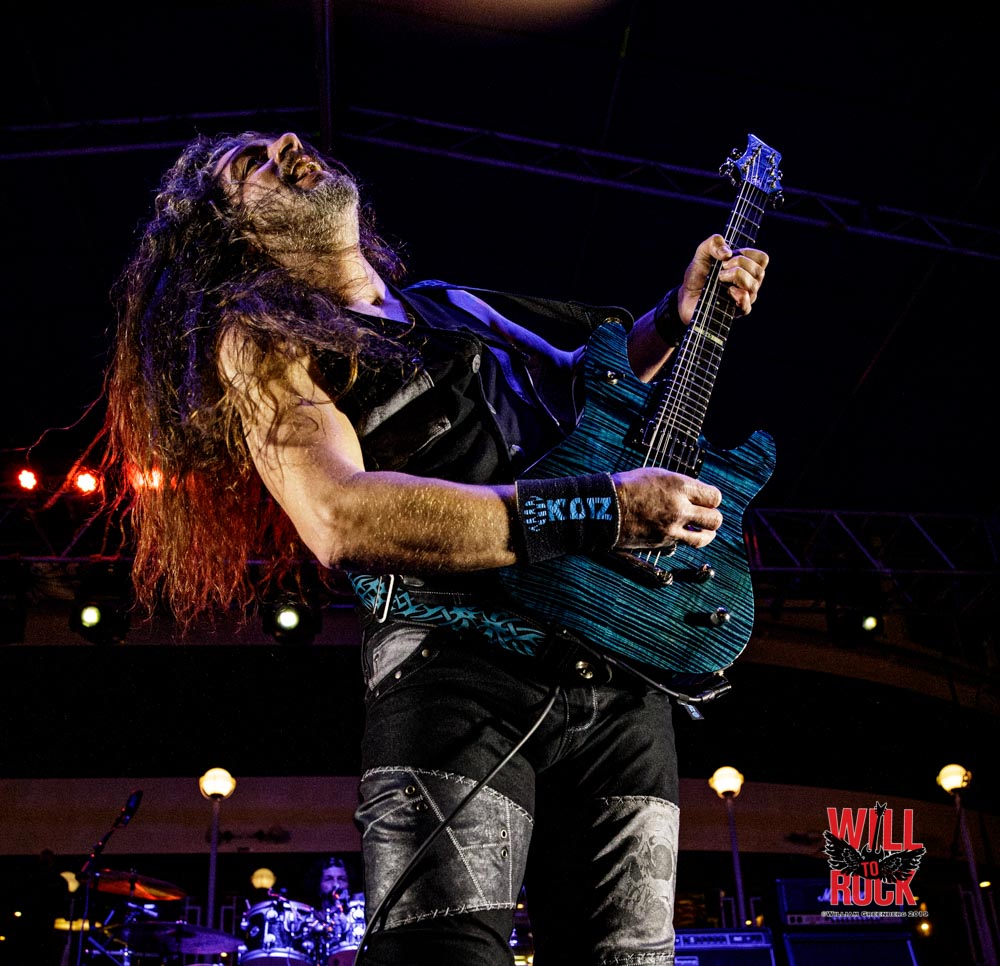 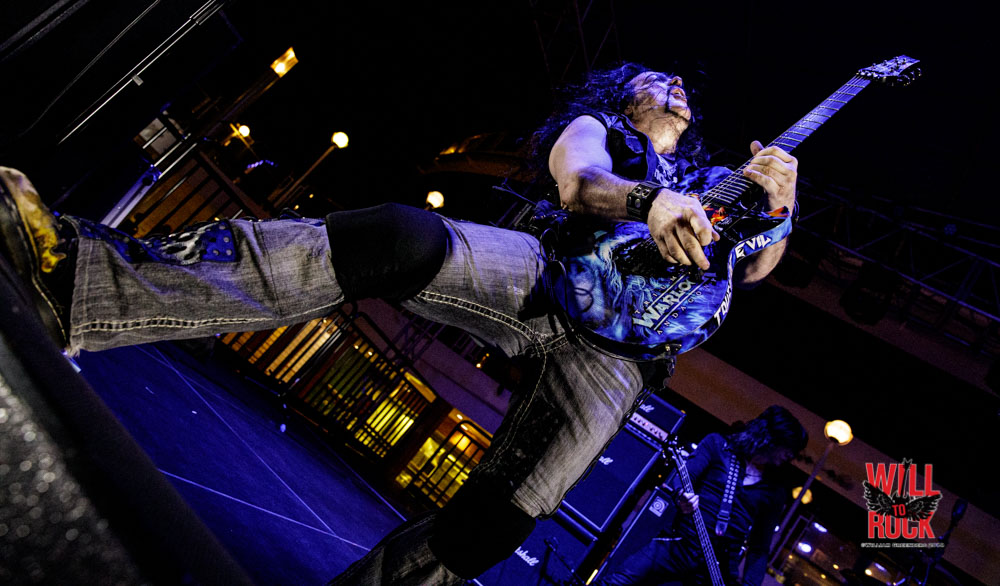 Warlock’s “I Rule The Ruins” came next and the Metal came fast and furiously. “Burning The Witches“, “Night Of The Warlock“, “Soldier Of Metal“, “Hellbound“… The song titles along are a testament to Doro’s dedication to metal and why she rightfully belonged on a boat with the title “MegaCruise”!  At her second show she also announced she was going to not just be Mega, but she was also going to be a Monster, as she was confirmed to be part of the 2020 Monsters Of Rock Cruise in February. It seems unless she plays another local show sometime soon, I’m destined to repeatedly see Doro on the water.  I’ll take it… 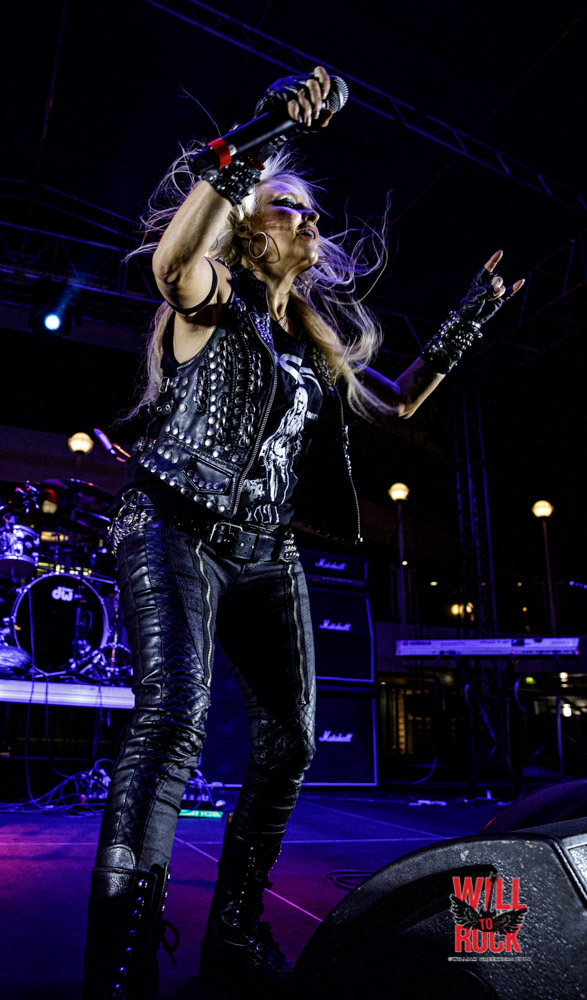 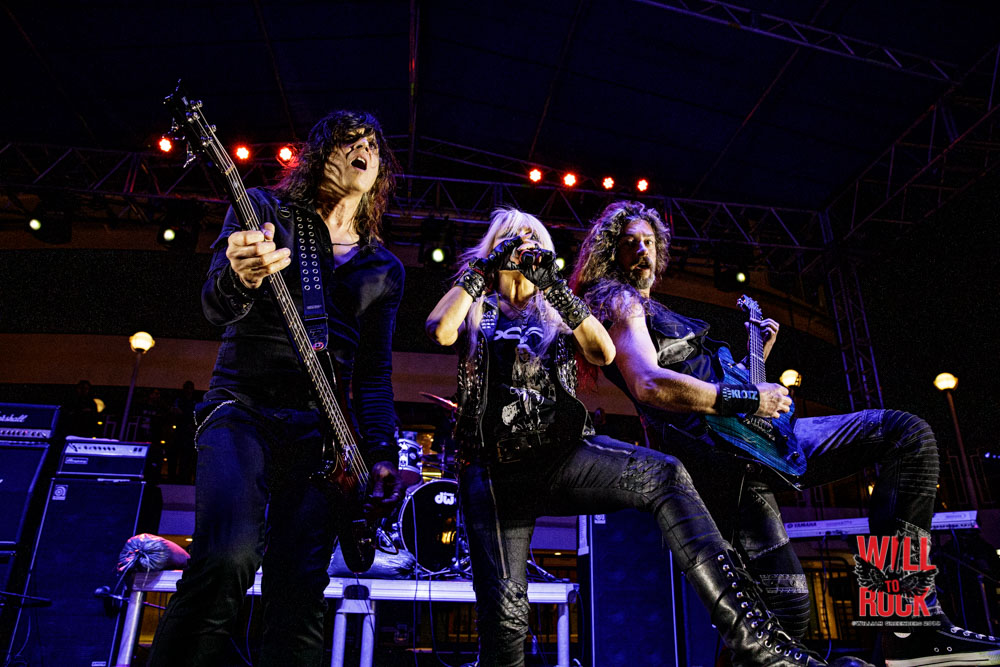 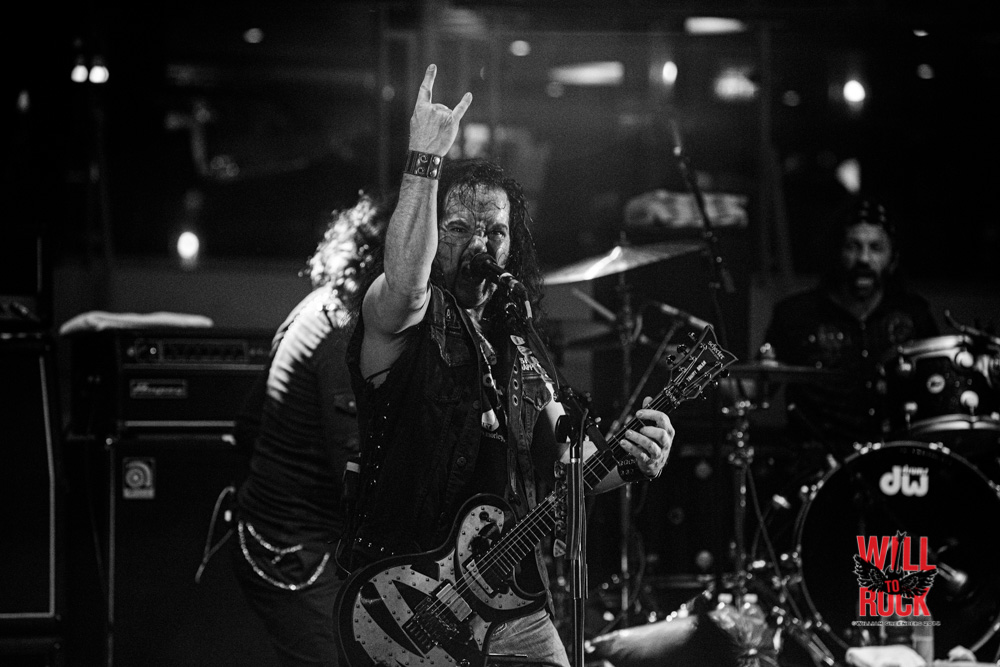 Highlights of Doro’s set included their cover of the Judas Priest classic, “Breaking The Law” and the finale of the great “All We Are” sing-along by a bunch of wind-whipped metal heads. 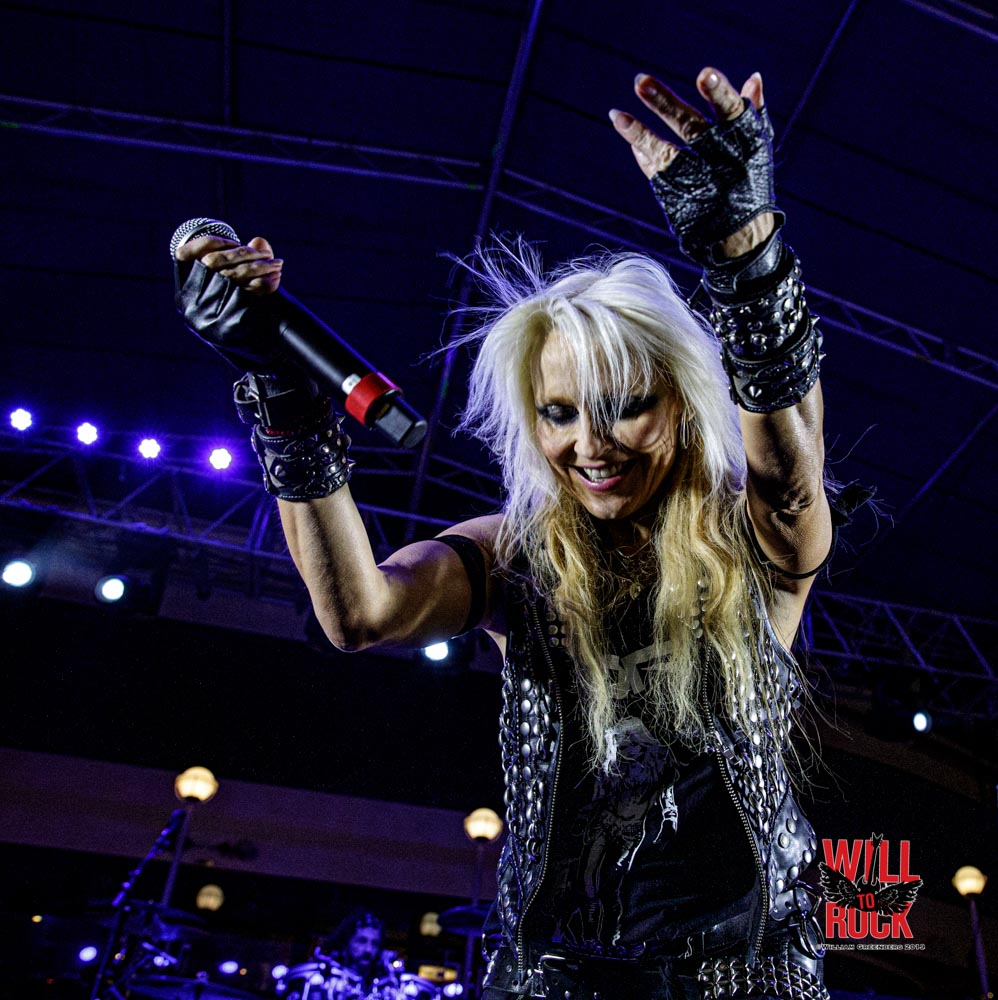 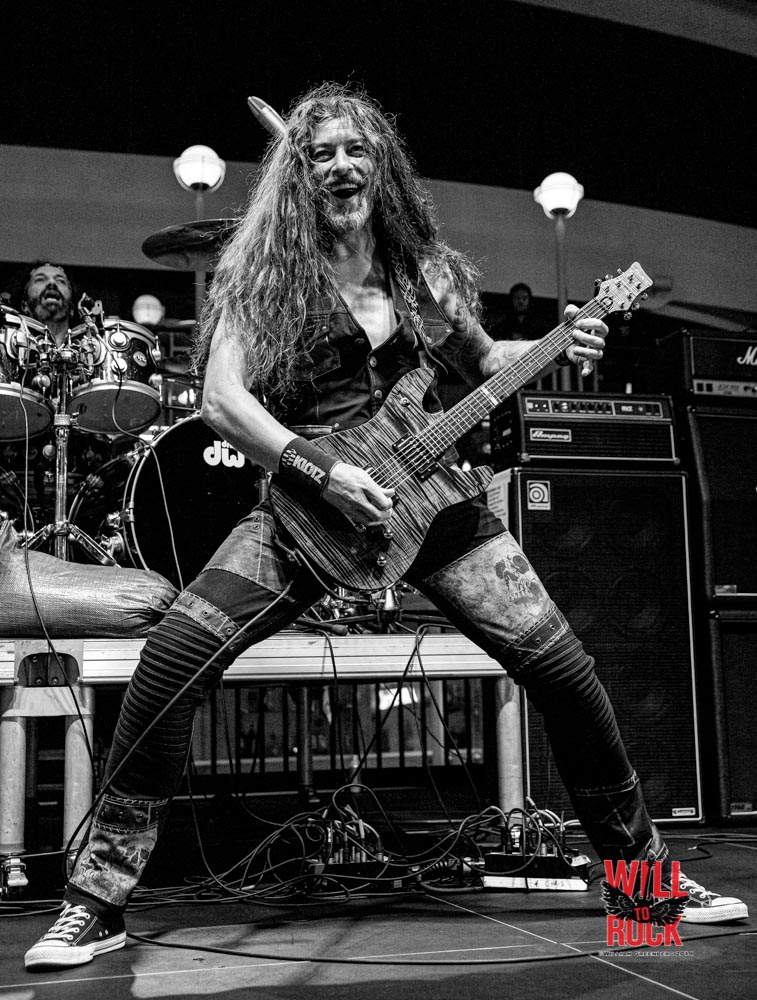 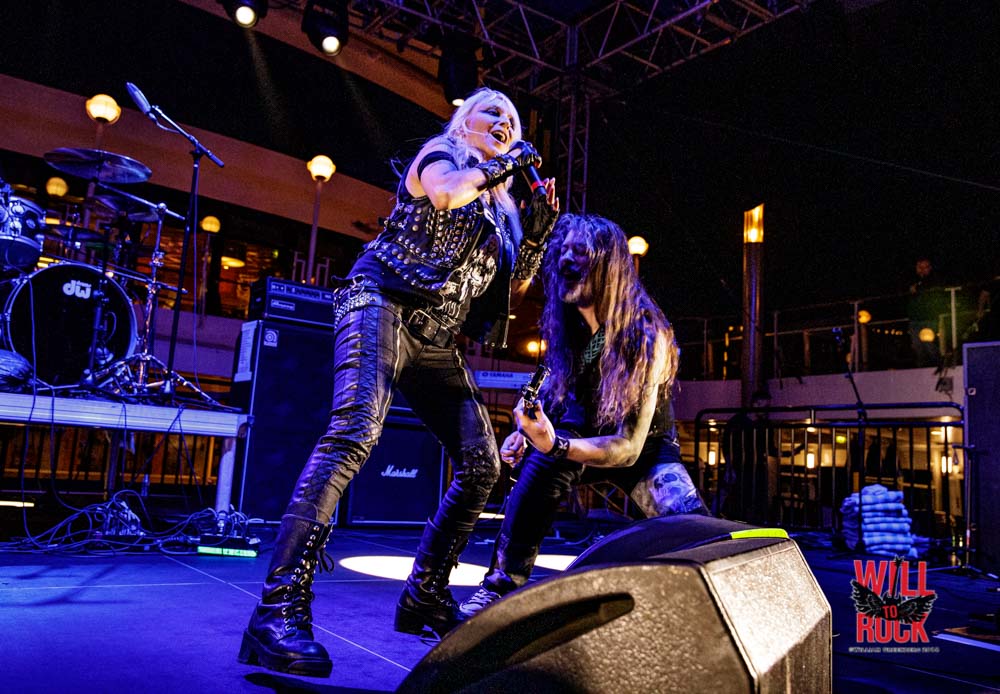 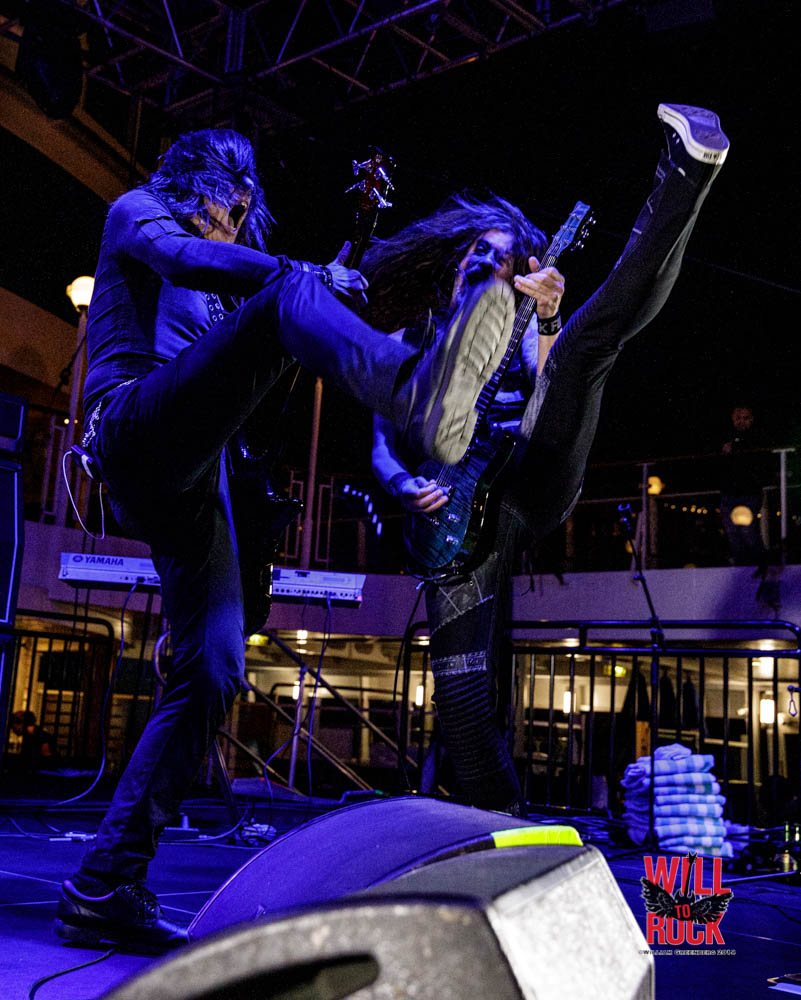 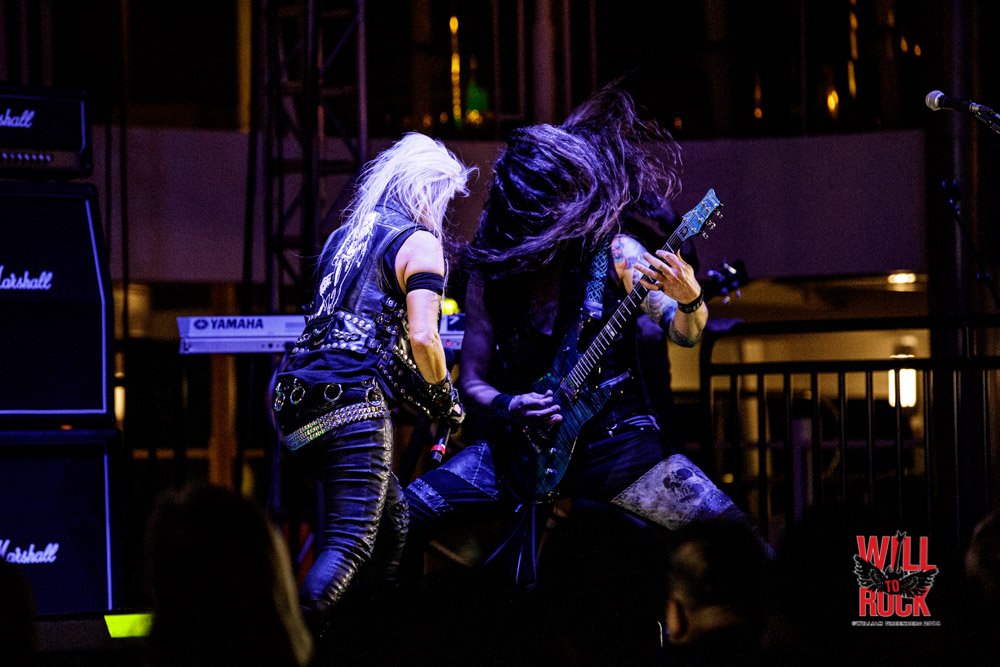 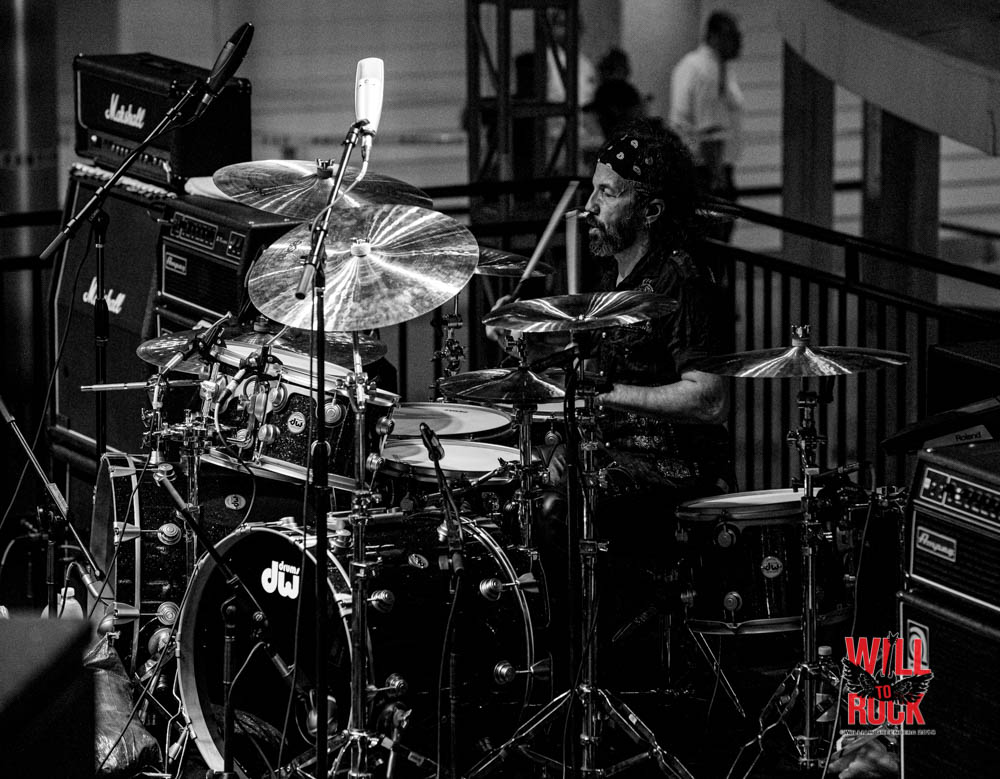 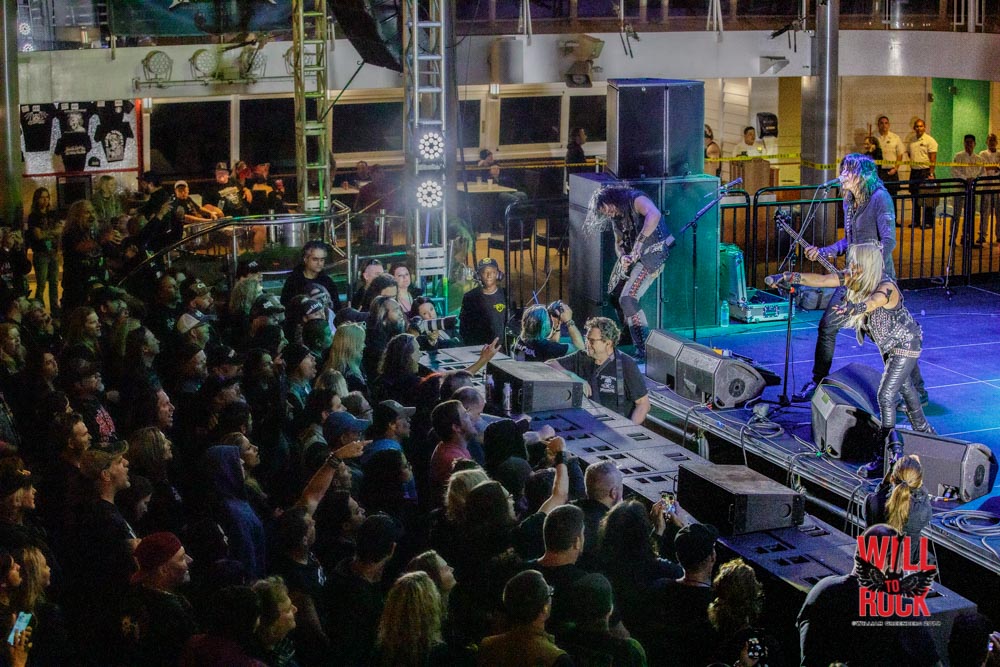 The scheduling gods F’d with my chance at getting to see the Metal Queen’s second show, however, in coverage yet to come, I did get to see her perform at the All-Star KISS Jam. 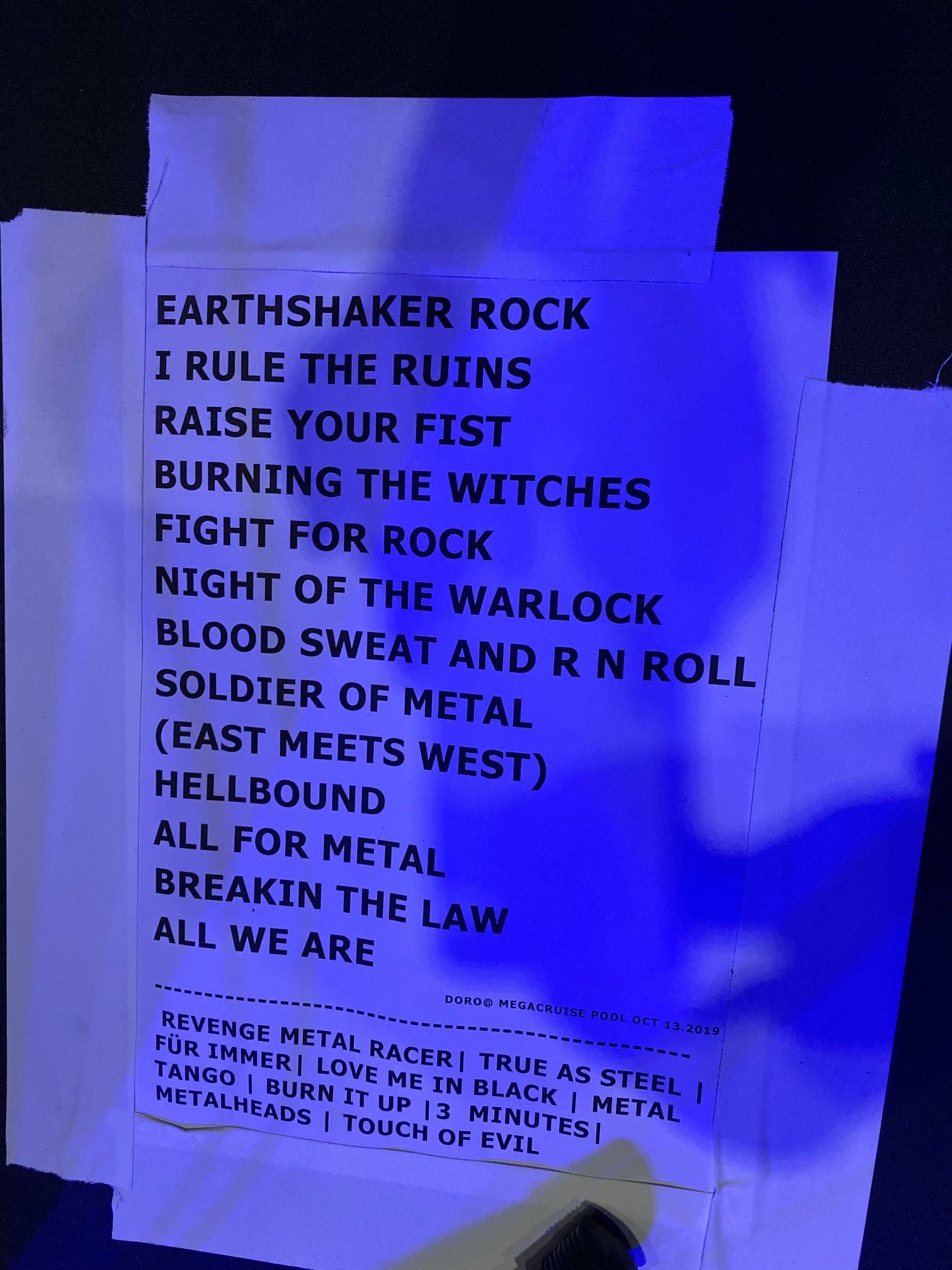 (*Tara Lynch also shredded on the boat, but due to scheduling conflicts I was unfortunately not able to make it to her show)