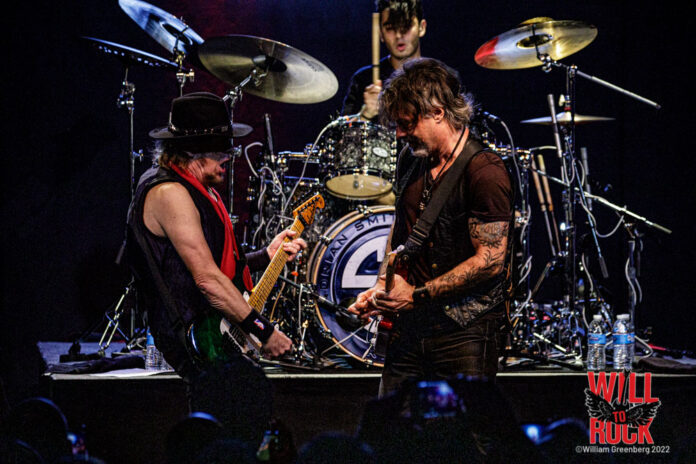 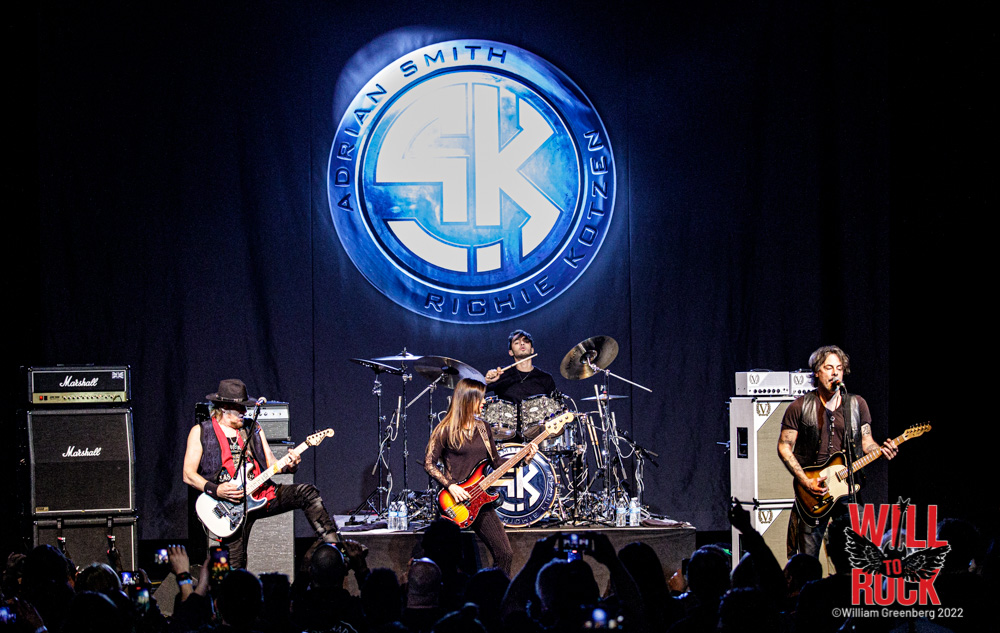 Feels like it’s been forever since I’ve covered a rock show and what a way to kick off my 2022 with Smith/Kotzen.  The friendship between Adrian Smith (Iron Maiden) and Richie Kotzen (The Winery Dogs) that was sparked by a chance meeting between Kotzen and Adrian’s wife, Nathalie, has turned into quite the collaboration. It’s led to an album, an EP and now a short tour through Southern California (with a quick stop in NV) that will conclude with a 7 date run through the UK.

What should have been the first date of their tour, turned into the closing show after a last moment reschedule. This may have been a blessing as The Ventura theater was graced with a tight, balls-out, Bluesy rock show, full of incredible hooks, amazing harmonies and some amazing extended guitar solos with more touch and feel than a high school prom night. 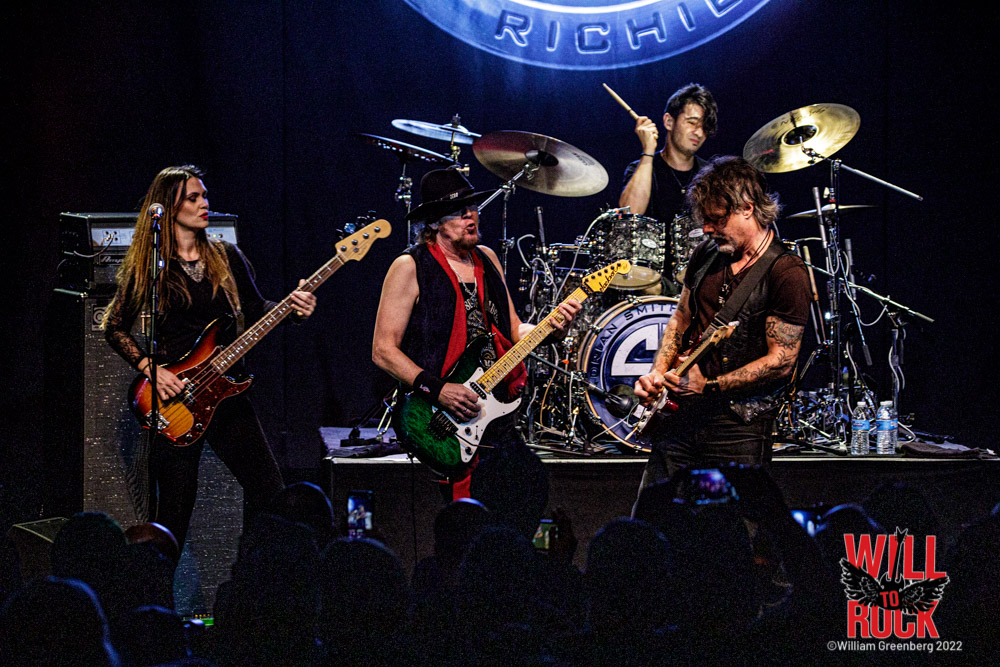 I watched some snippets from a few of their previous dates, that at least vocally in places Adrian seemed a little rough. Not tonight. Richie and Adrian played off each other beautifully. They switched up lead and harmony vocals and solos and injected each song with their own style and sound resulting in a cornucopia of harmonious music. Adrian’s voice sounded great and the blend of the two, although so different in tone, works so well. 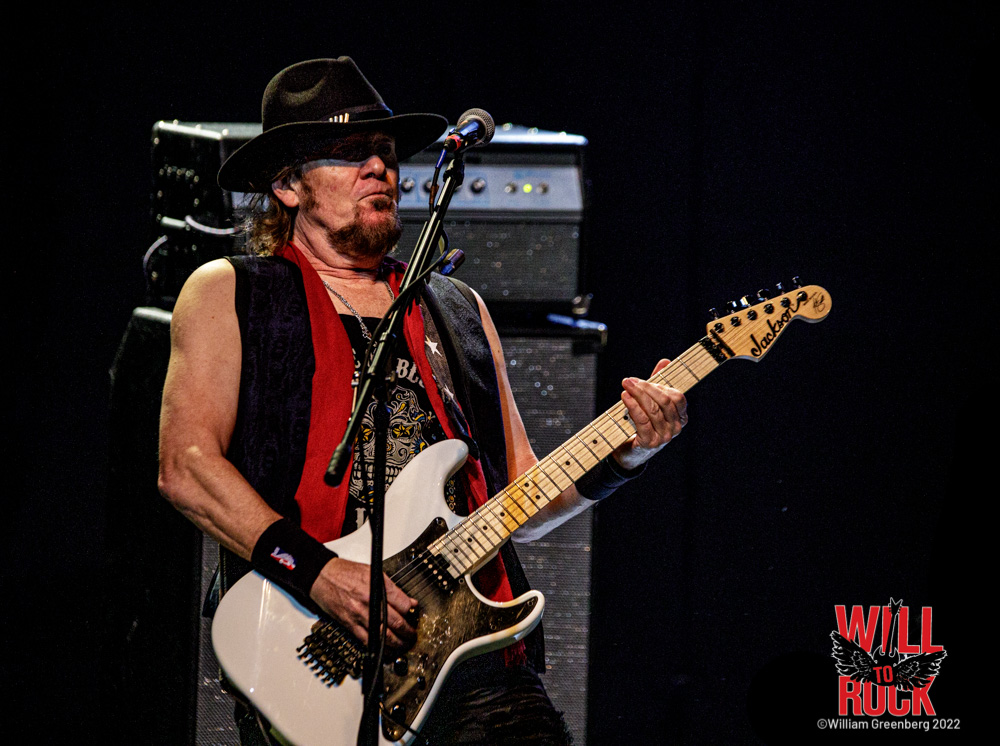 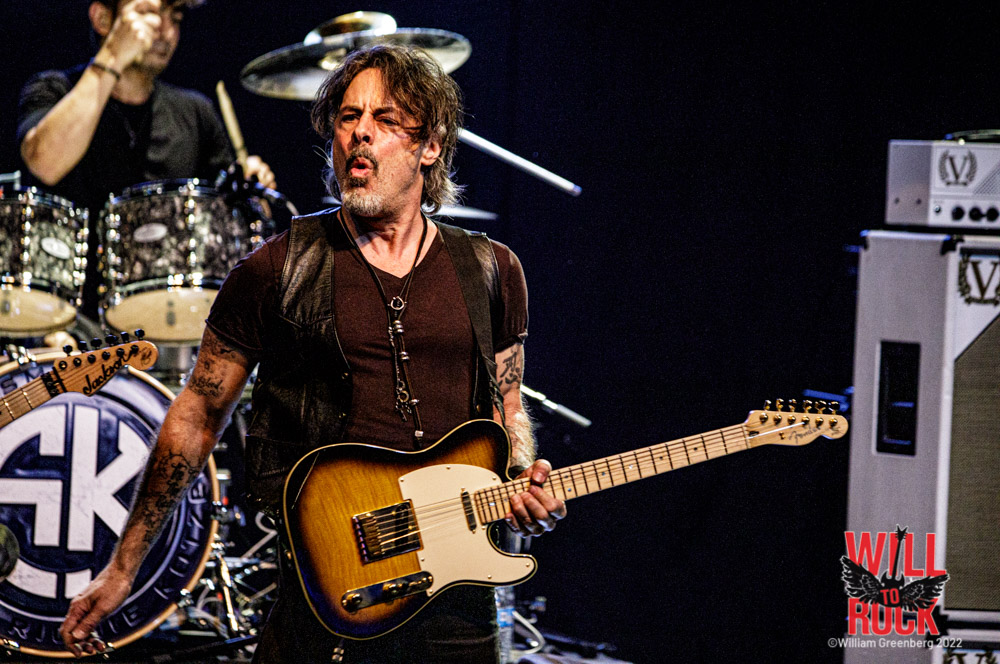 Adrian and Richie were complimented by (Richie’s wife) Julia Lage (Barra De Saia, The Sister Knot,) on bass and Bruno Valverde (Angra) on drums. If this project continues, I’d love to see Julia and Bruno continue as the touring rhythm section, because they inject a ton of energy making Smith/Kotzen a full fledged band. And unless Richie or Adrian learn how to flip some rock star hair, there’s going to be something missing.

The setlist consisted of everything that the two have recorded.  They played all the songs off of their self-titled debut as well as the 4 songs off their quick follow up EP, “Better Days“.  The encore started with the band taking on Richie’s “You Can’t Save Me” followed by the Iron Maiden classic, “Wasted Years” (which received the biggest cheer of the night from the Ventura crowd).  They ended the set with the first song that thy wrote and recorded together, “Running“. 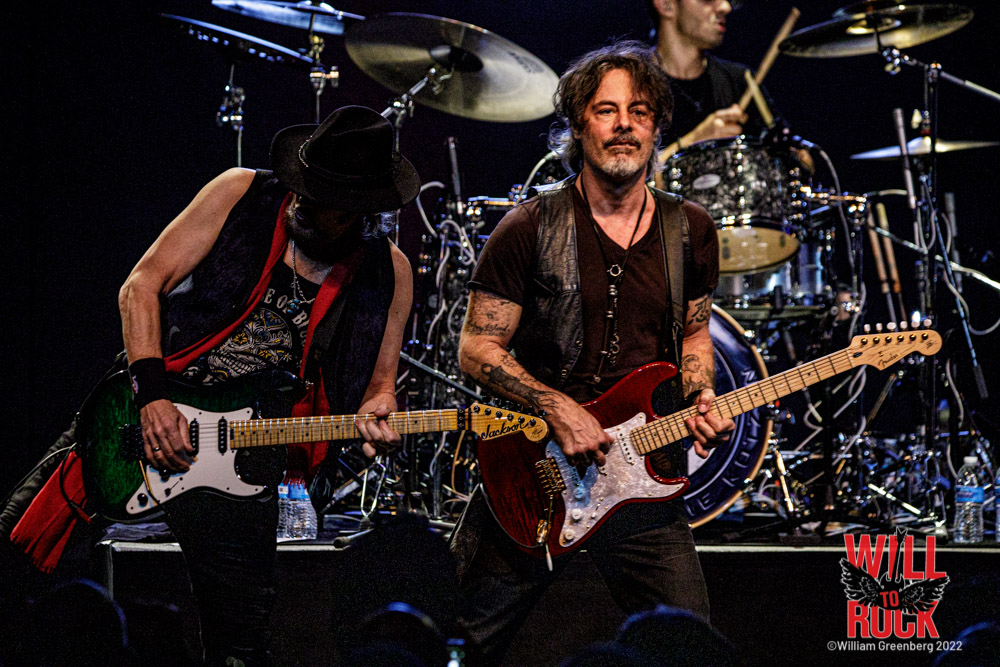 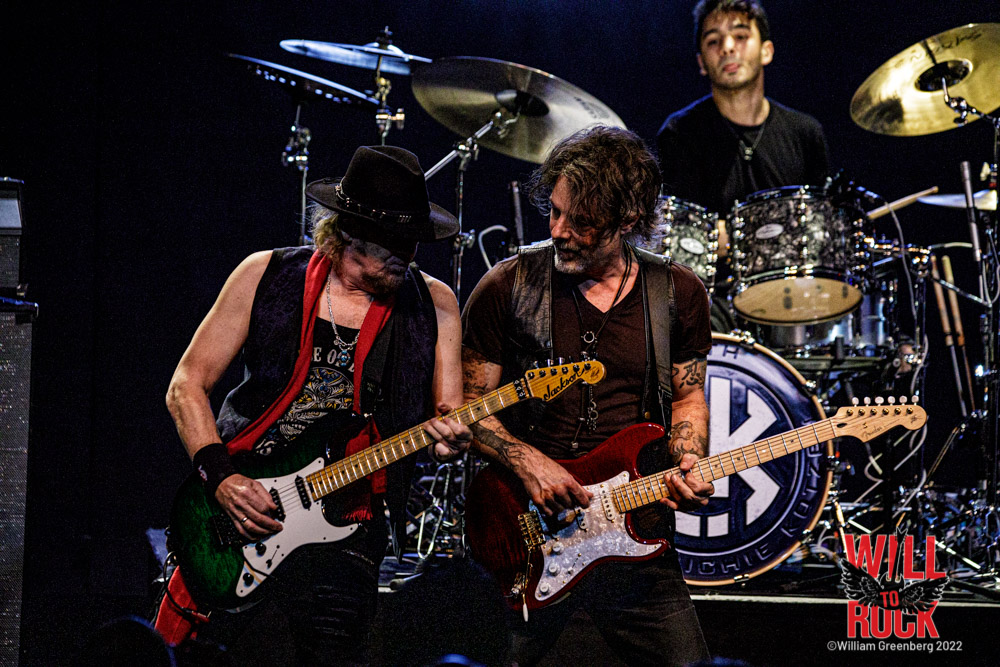 Waiting to get into the venue I noticed a ton of Iron Maiden shirts and a lot of people waiting in line were talking about getting to see Adrian. As much as I’ve seen Richie Kotzen over the years (solo and with The Winery Dogs), It’s hard to still think of him as a hidden gem, but I know that people who showed up to catch a glimpse of the Maiden Legend will certainly be expanding their horizons as well as their Kotzen collection. 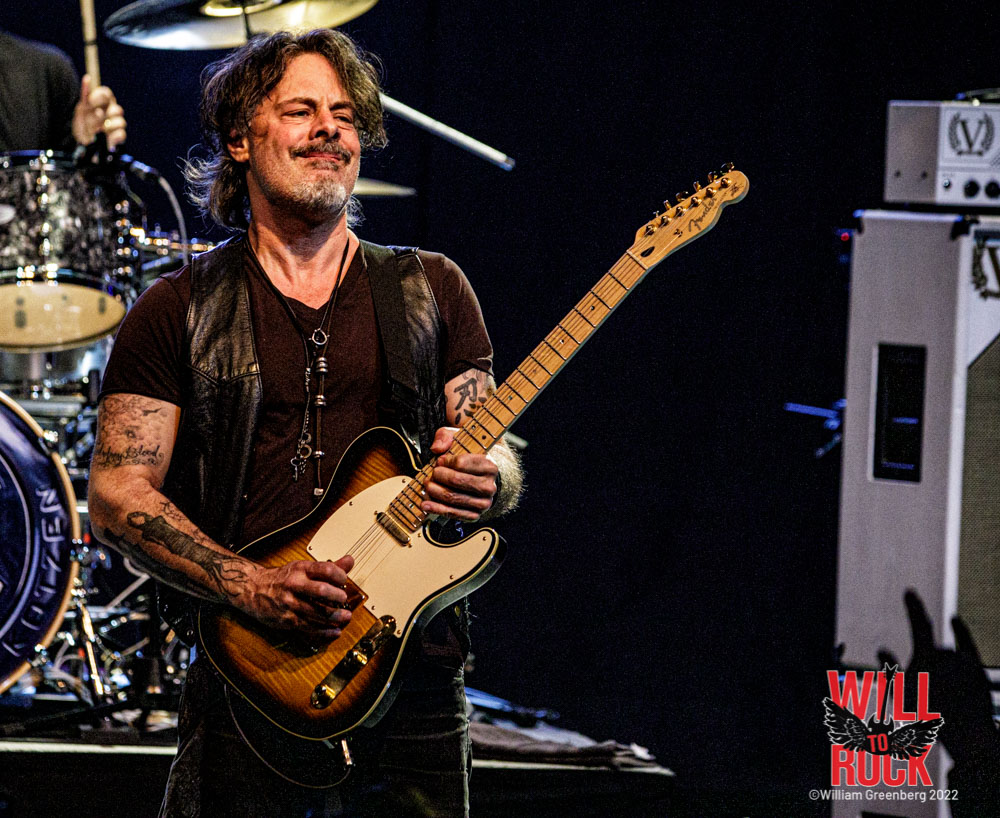 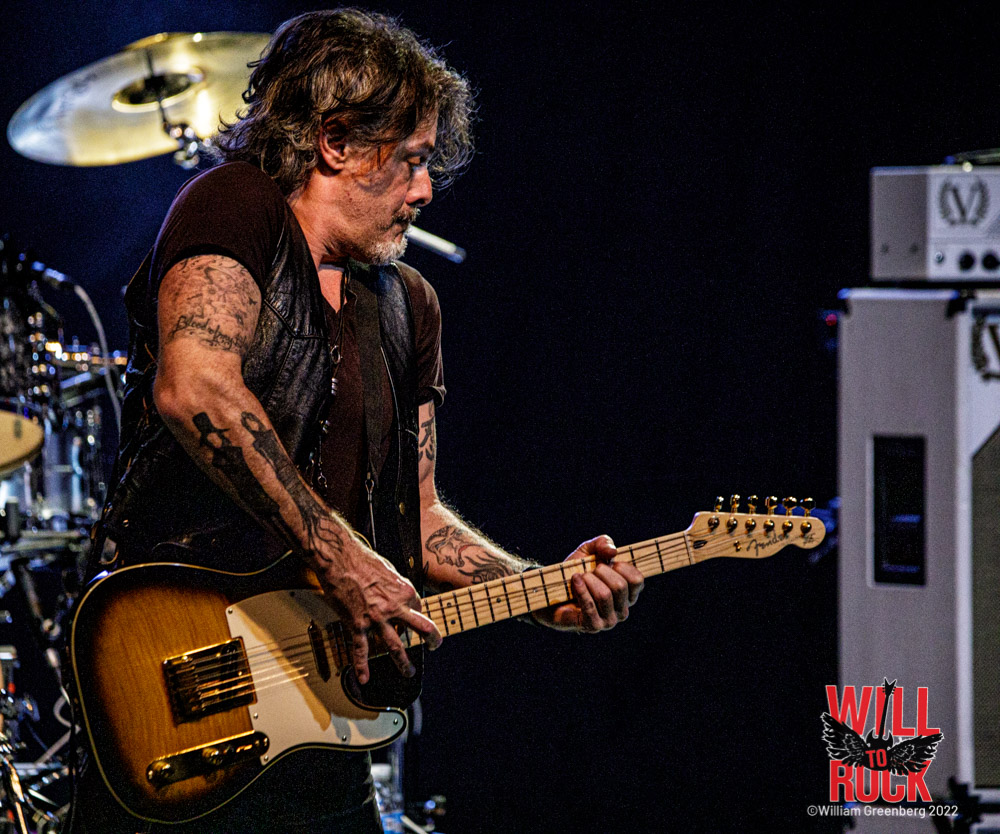 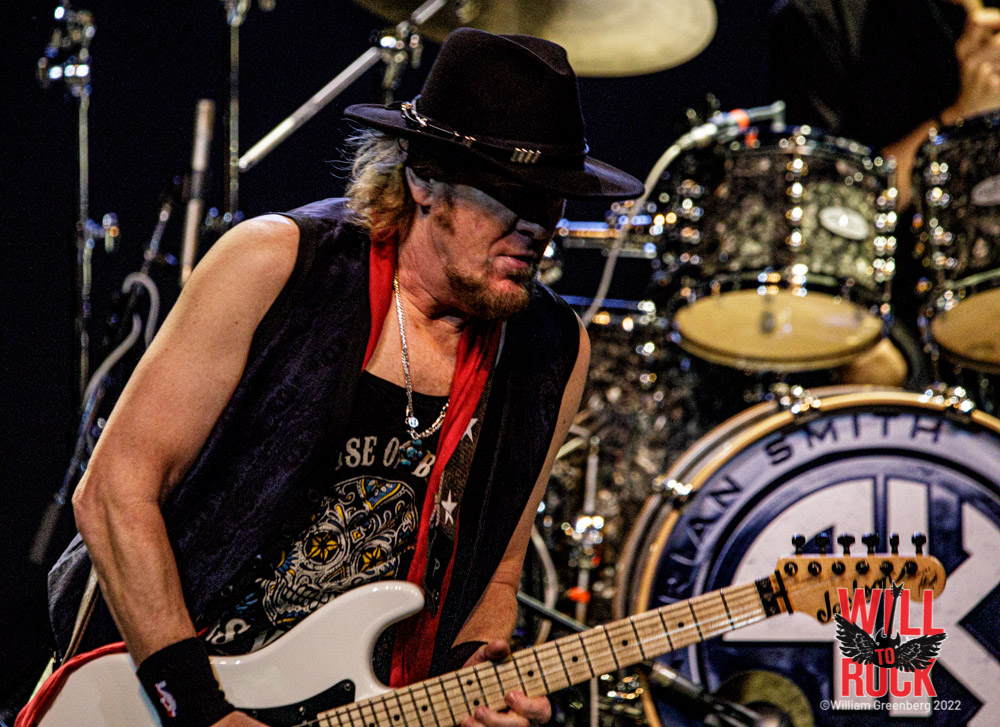 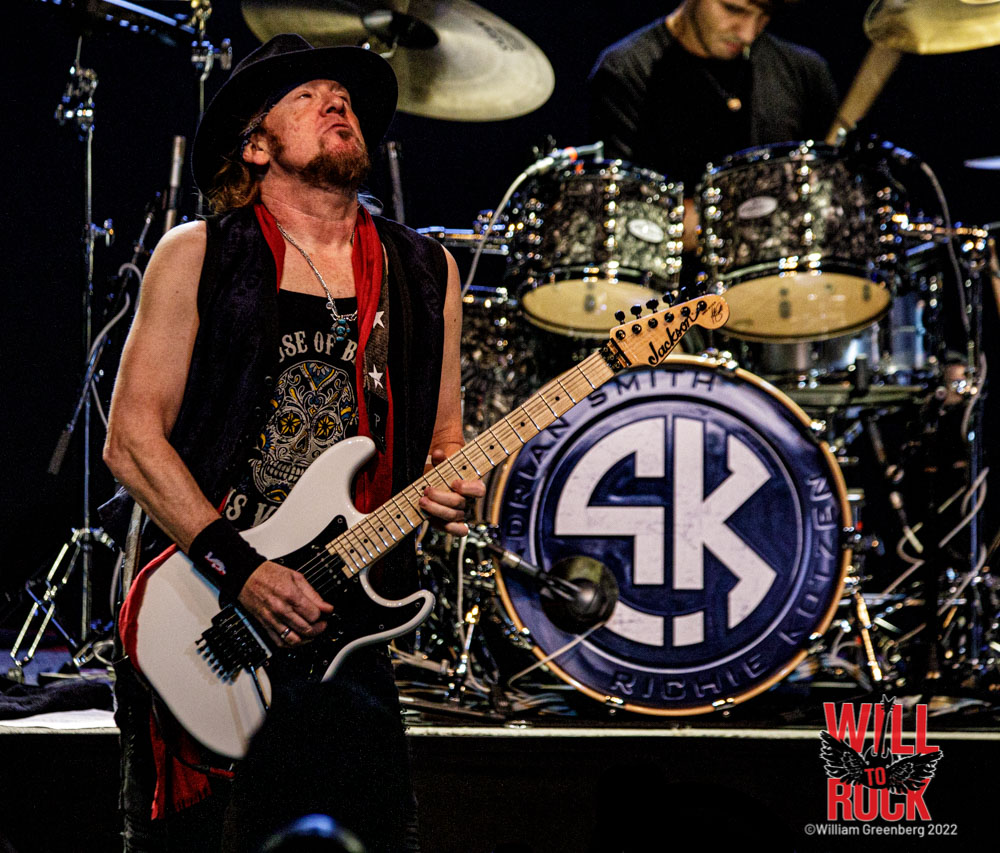 Highlights of the night included any and all of the extended solos that littered the set, especially during the outro of “You Don’t Know“; Hearing their amazing harmonies gel perfectly together on my favorite song, “Glory Road“; Watching Julia on bass on a big stage, dancing around and being the true rock goddess that she is; and the two dudes who sat in front of me who were basically a live action YouTube “reaction video” constantly staring at eachother with hands on their head in open-mouthed disbelief at what they were witnessing on stage. 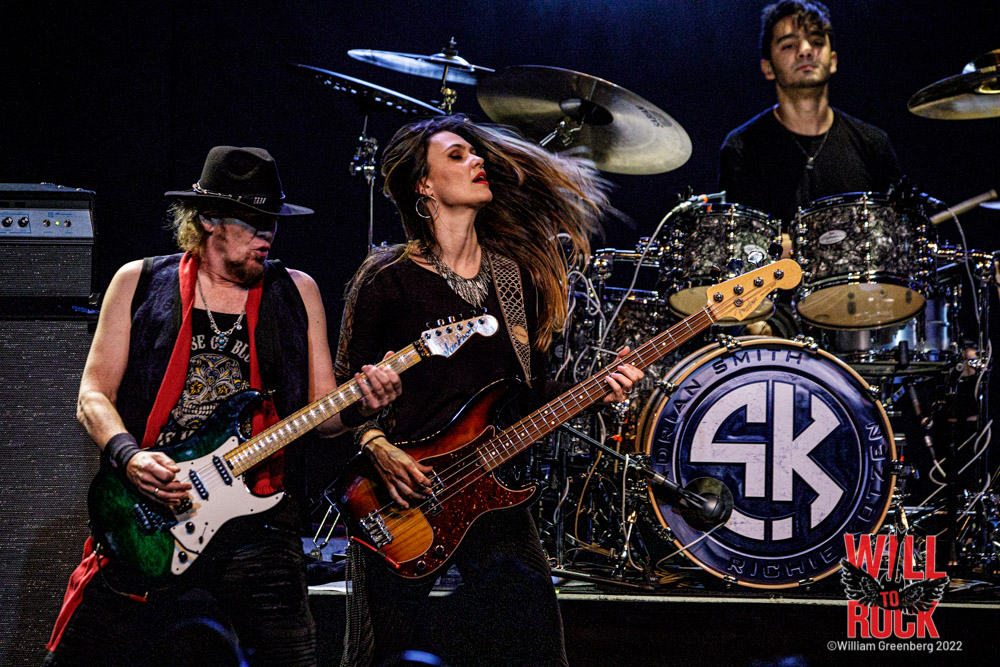 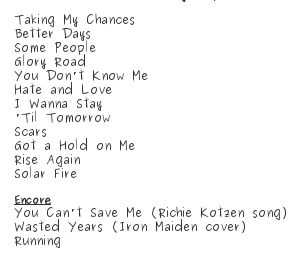 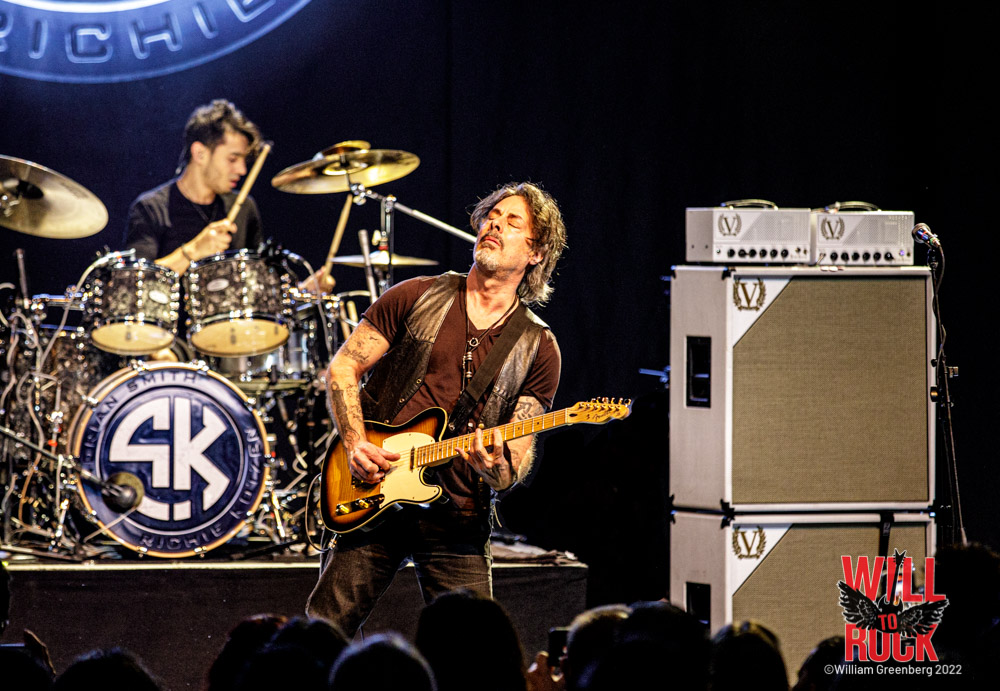 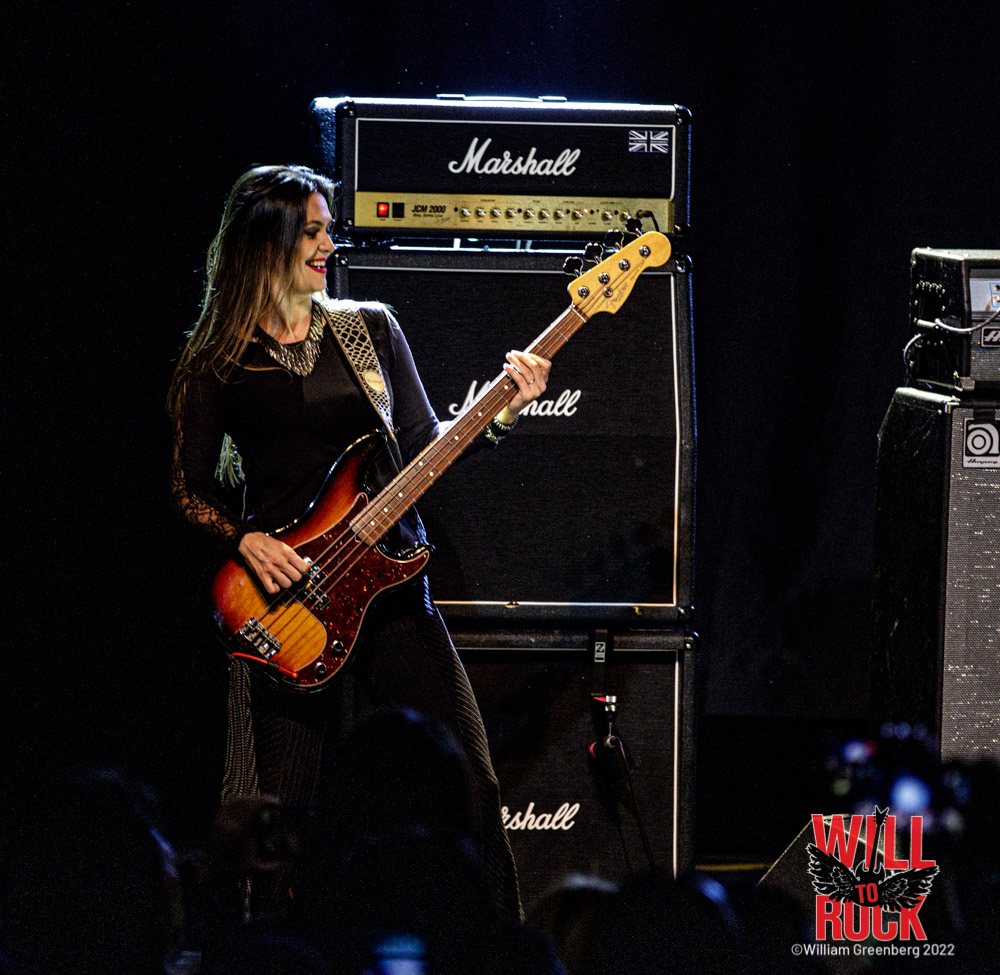 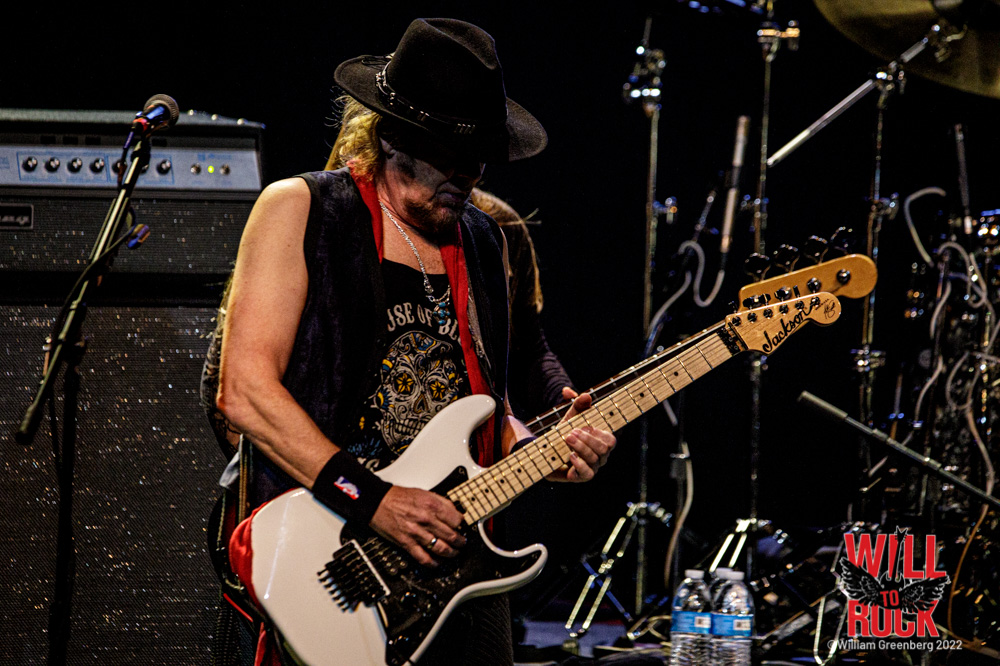 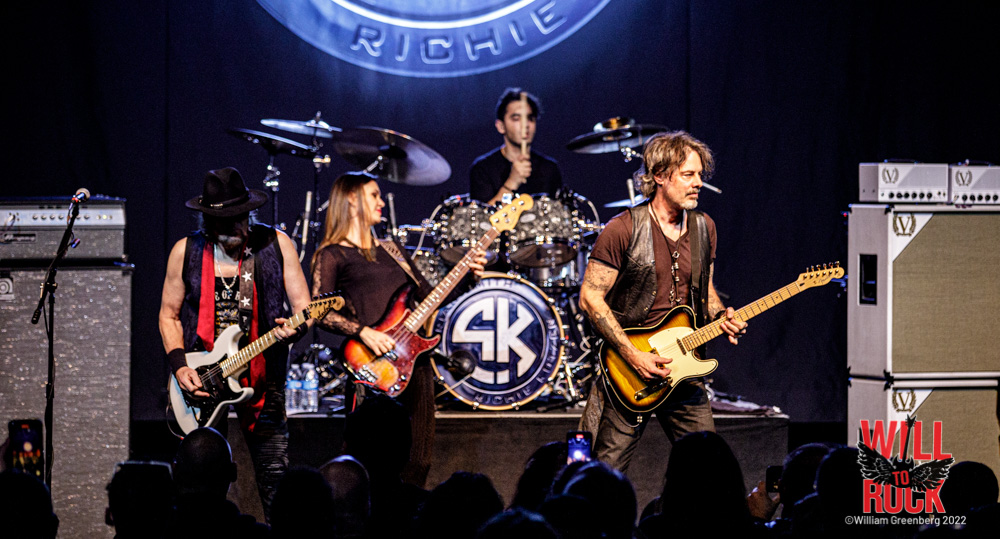 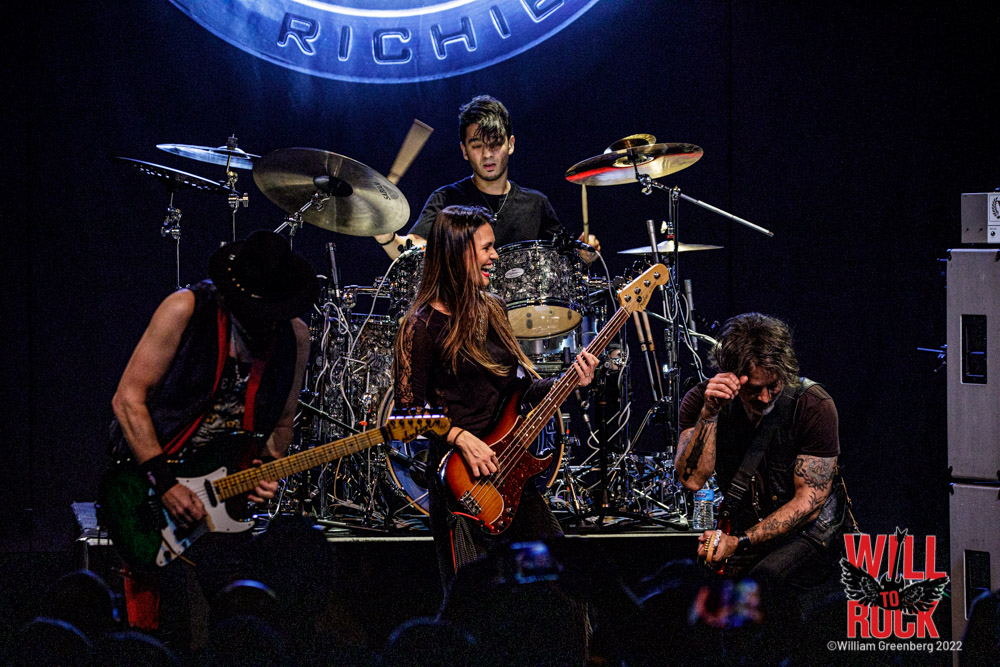 After their stint in the U.K. the guys are going to be going their separate ways for a while.  Adrian will be heading out on the road to tour with Iron Maiden and Richie should be putting the finishing touches on the 3rd Winery Dogs album which hopefully brings another tour by year’s end. (Richie will also be playing on the upcoming Monsters Of Rock Cruise which will be covered extensively at WillToRock.com).

Hopefully they find time after that to come together and start writing Smith/Kotzen II. 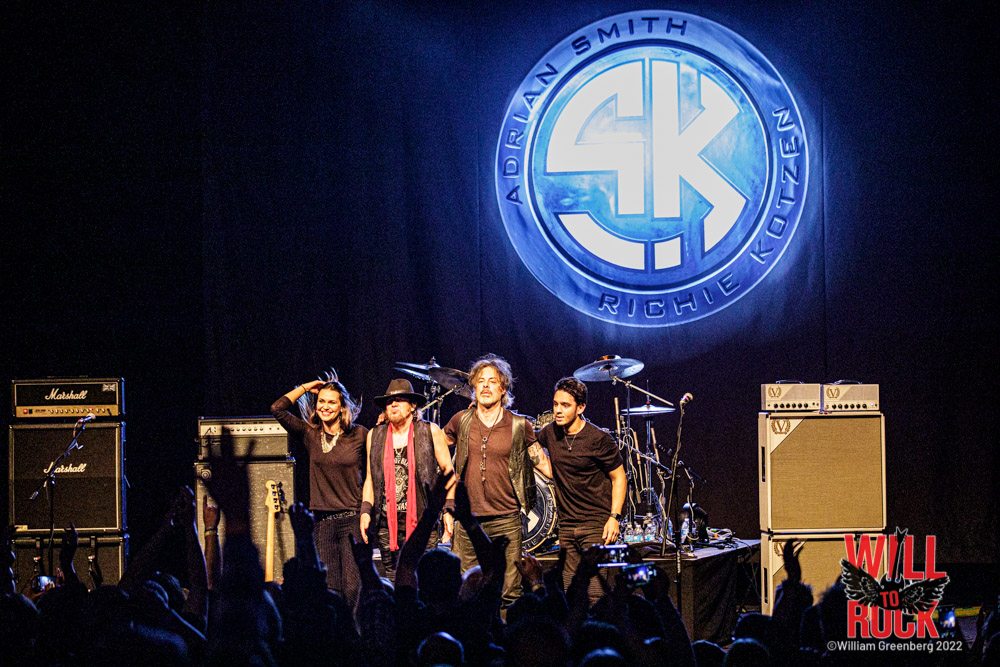 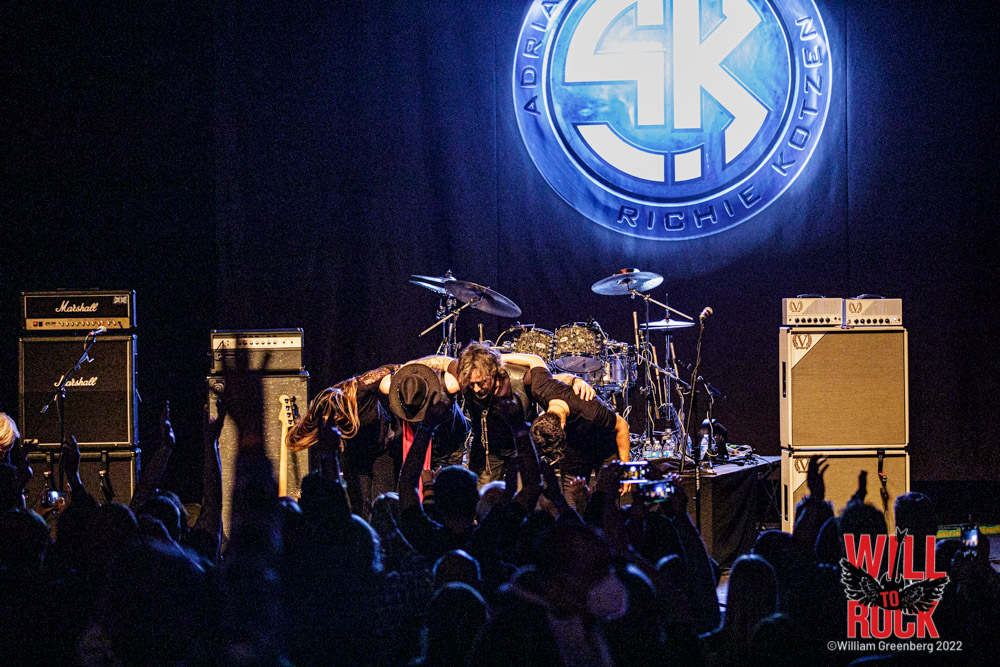