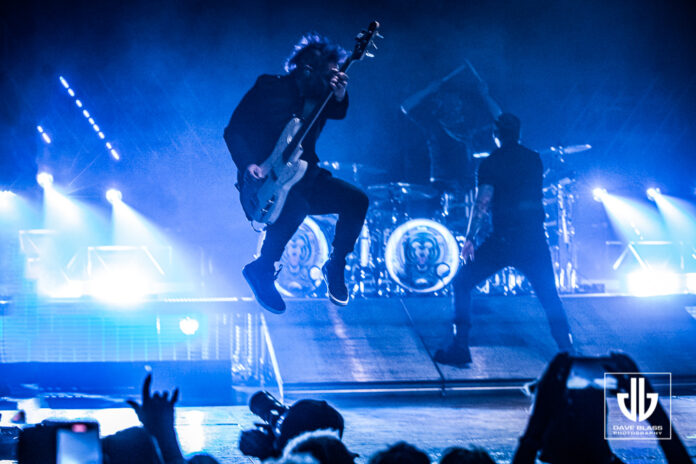 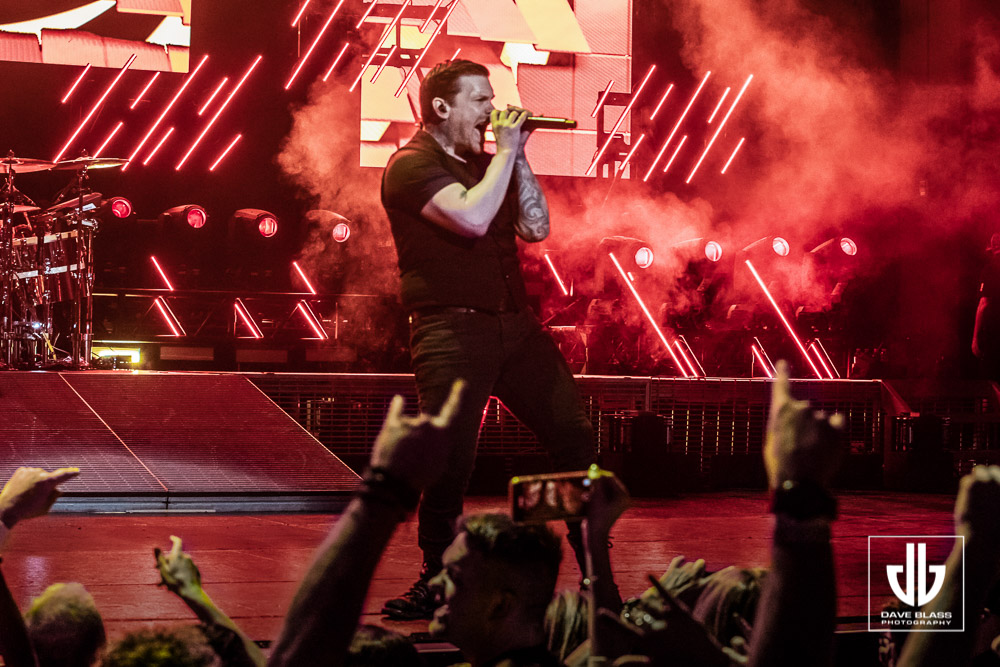 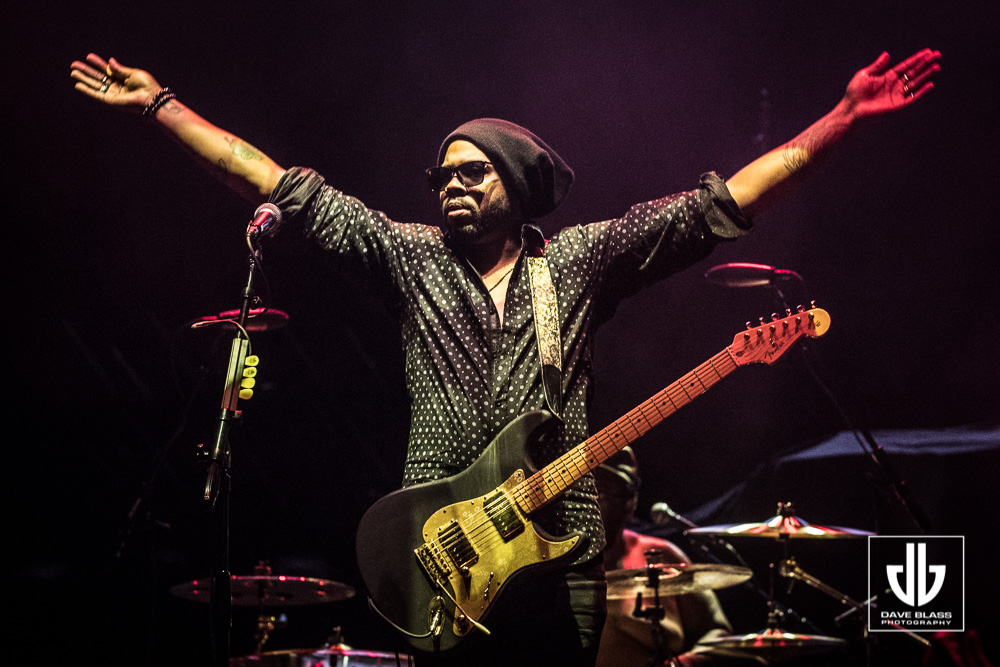 The show opened with the pulsing energy of Seattle based Ayron Jones. His music fights against being labeled as it blends rock with hip-hop and soul, combined with blues guitar. His track “Take Me Away” exploded onto the charts in 2020 and put him on the national map. Sirius’s XM’s Octane pushed it hard and opened the floodgates for his next two tracks “Mercy” and “Supercharged” which became staples on the airwaves. 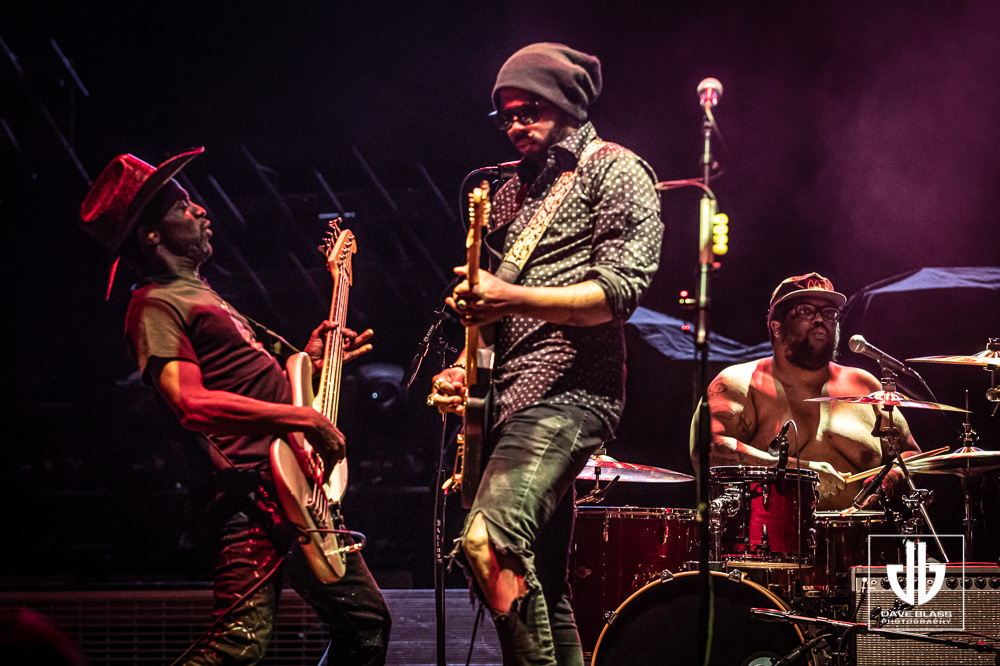 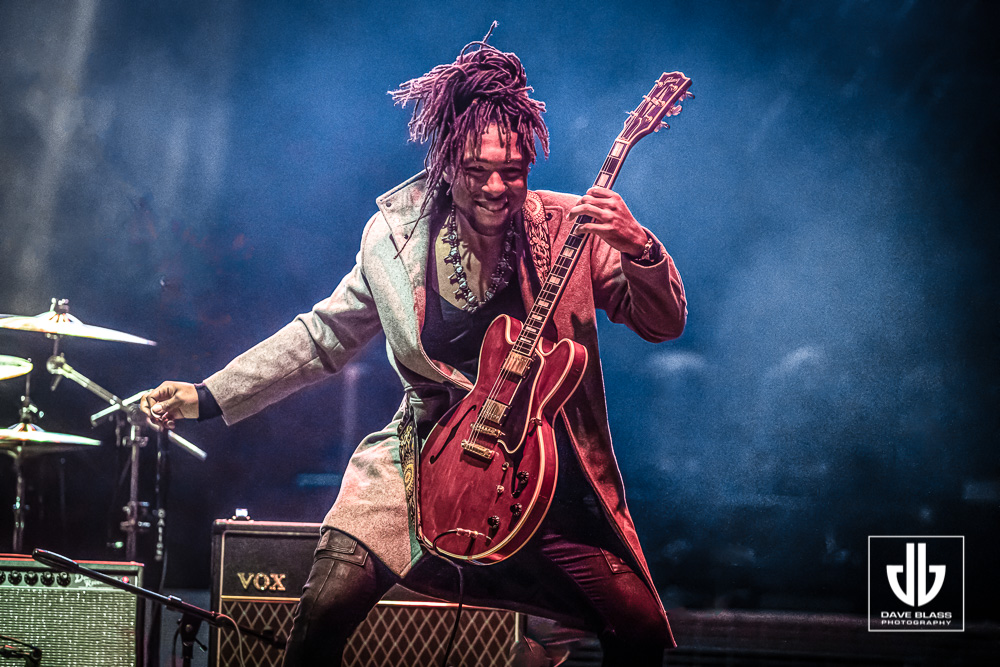 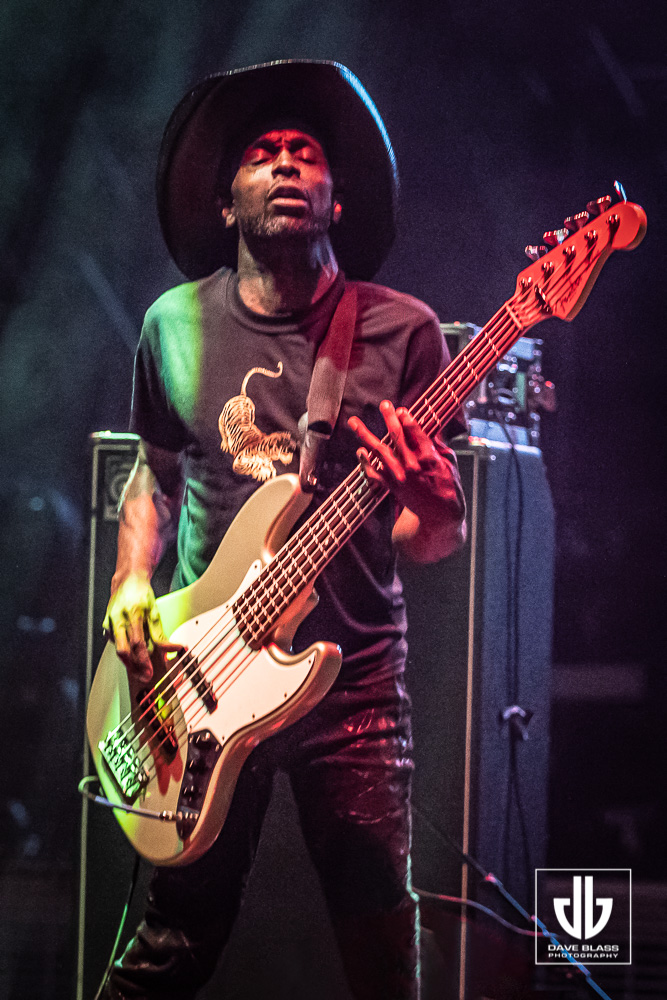 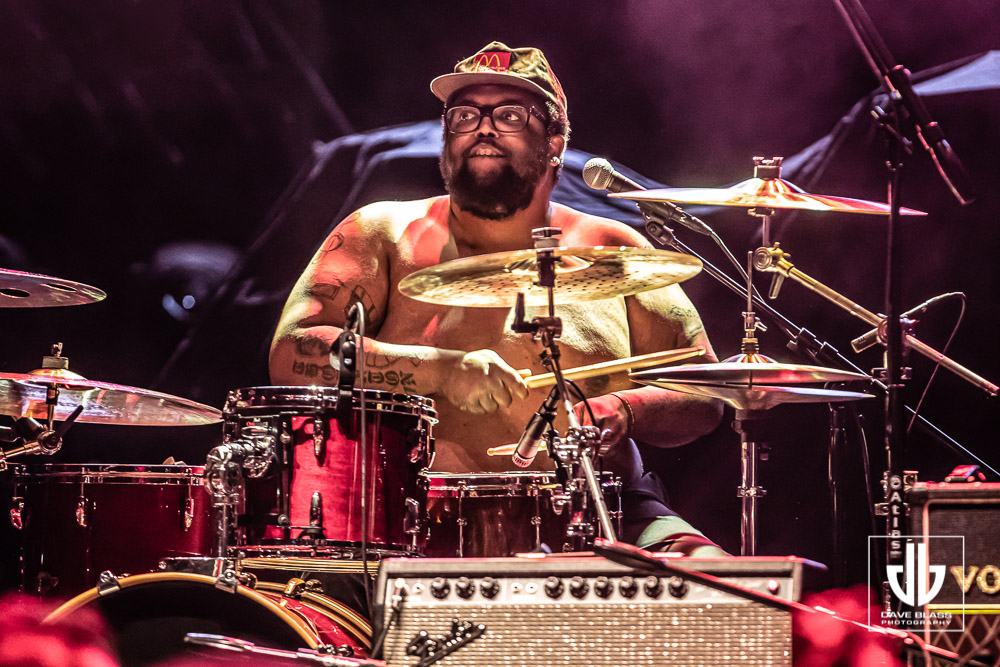 His current (and third album) “Child Of The State” (Big Machine/John Varvatos Records) is an amazing rock record. Ayron won’t be doing opening gigs for much longer as his explosive set proved this is just the beginning. Backing up Ayron Jones is Bob Lovelace on bass, Matthew Jacquette on guitar and Big Sexy (Bobby Jimmi) on drums. They exuded pure energy for their entire set. 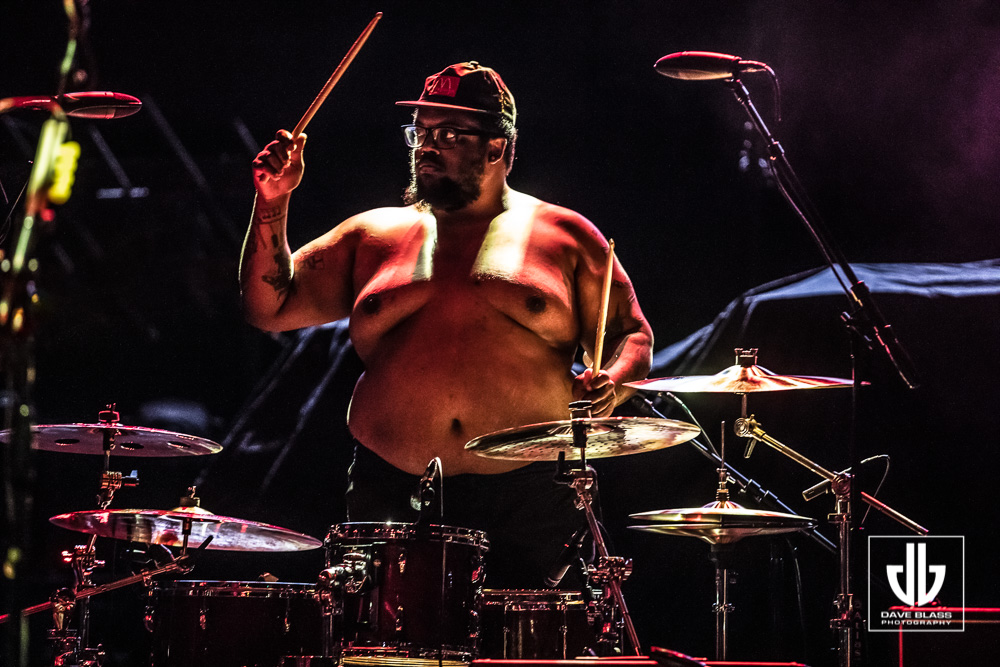 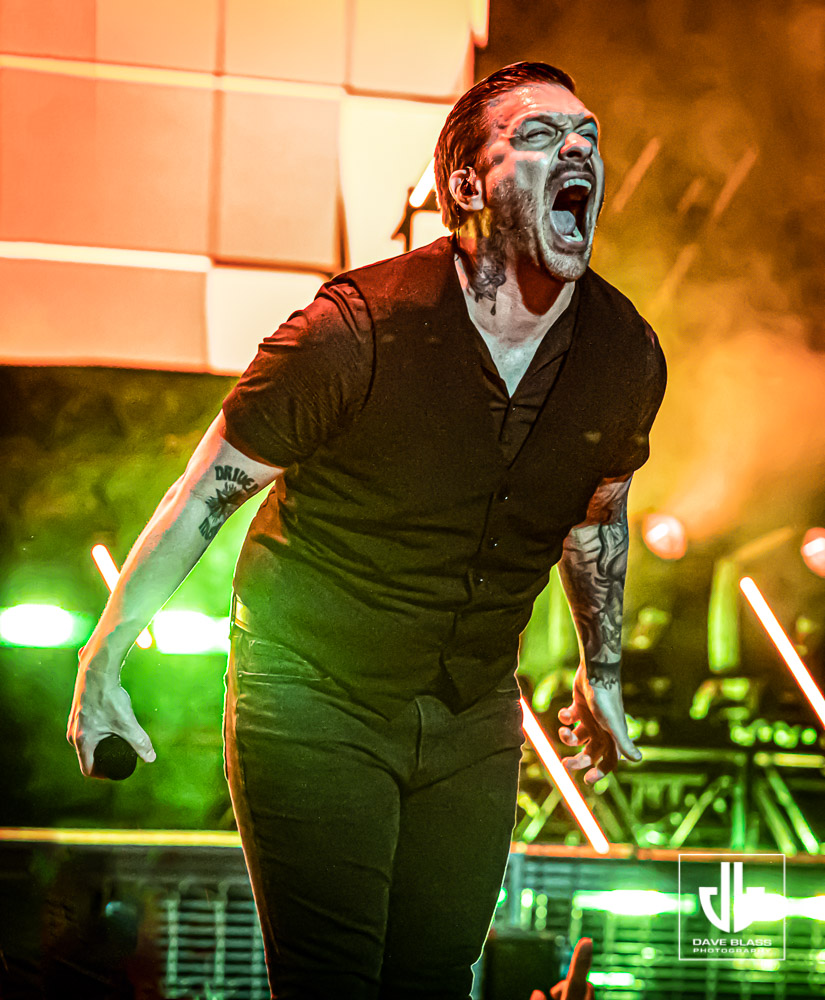 Shinedown blasted onto The Wiltern stage for a near sold out show. Their explosive brand of rock was showcased with an electric set combining an impressive stage/lighting design with their unique brand of powerful anthem rock. A Shinedown show is always a rock and roll spectacle but this felt like a community of fans and musicians connecting in such a positive way. 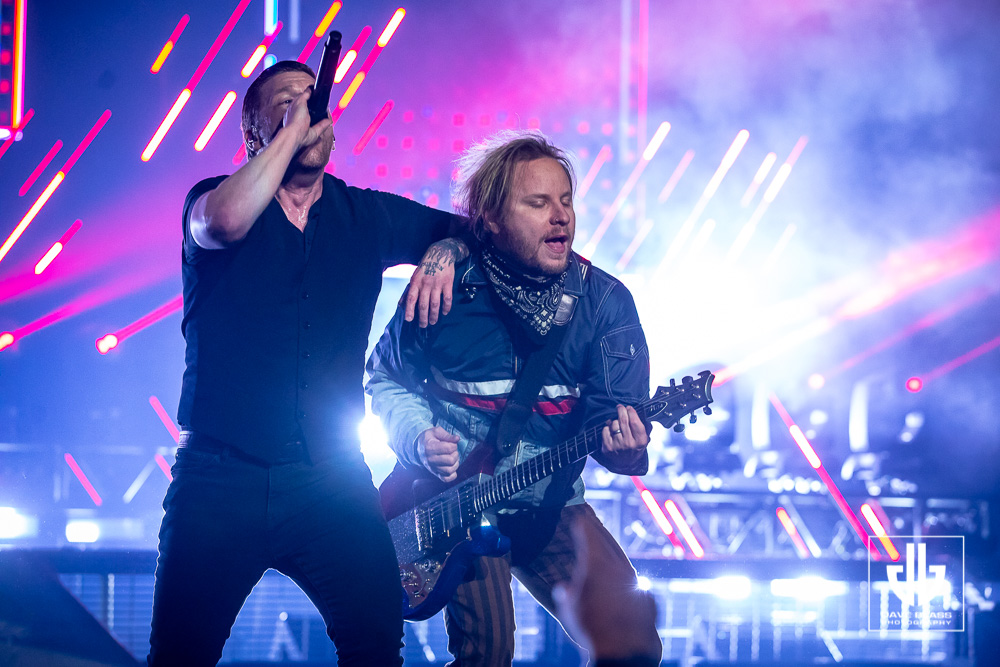 Shinedown launched into their set with “Cut the Cord” from their 2015 album “Threat to Survival“. It set the tone for the rest of the show. Blasting visuals and aggressive tones that brought the audience and band together with a kinetic energy unlike anything I had experienced in 2 years… that passion of live music. “Unity,” “Fly From The Inside,” “State Of My Head”, “If You Only Knew” came next and the band was firing on all cylinders as was the pyro. The visual assault was impressive.

All four members were in top form: Brent Smith strutted and commanded the stage while Eric Bass was flying 8ft above the stage with every jump.  Zach Myers grinded out on the guitar and drummer Barry Kerch pounded out the incredible beats. 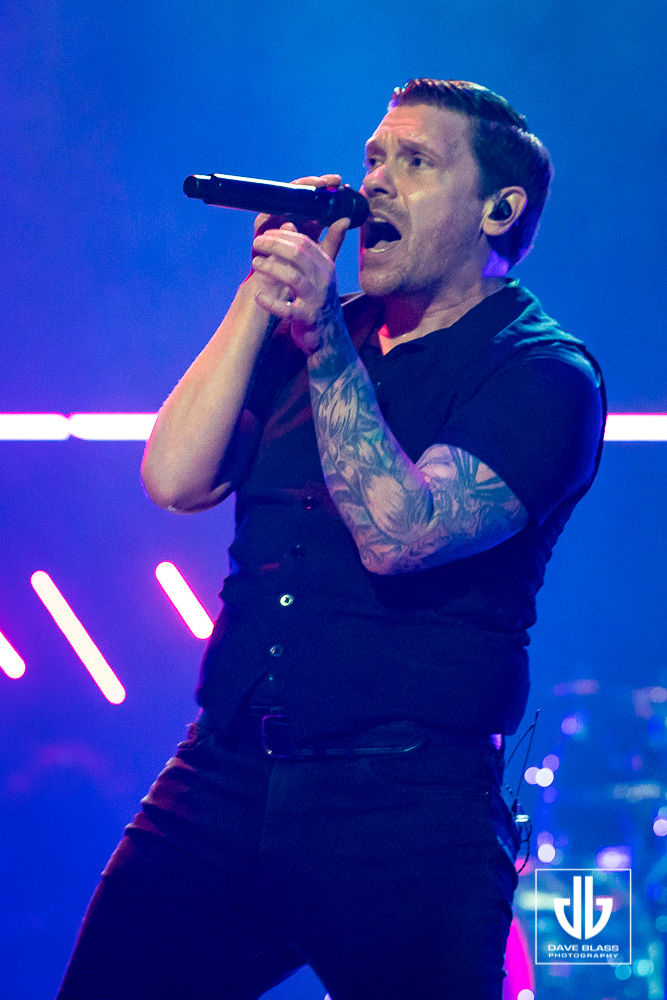 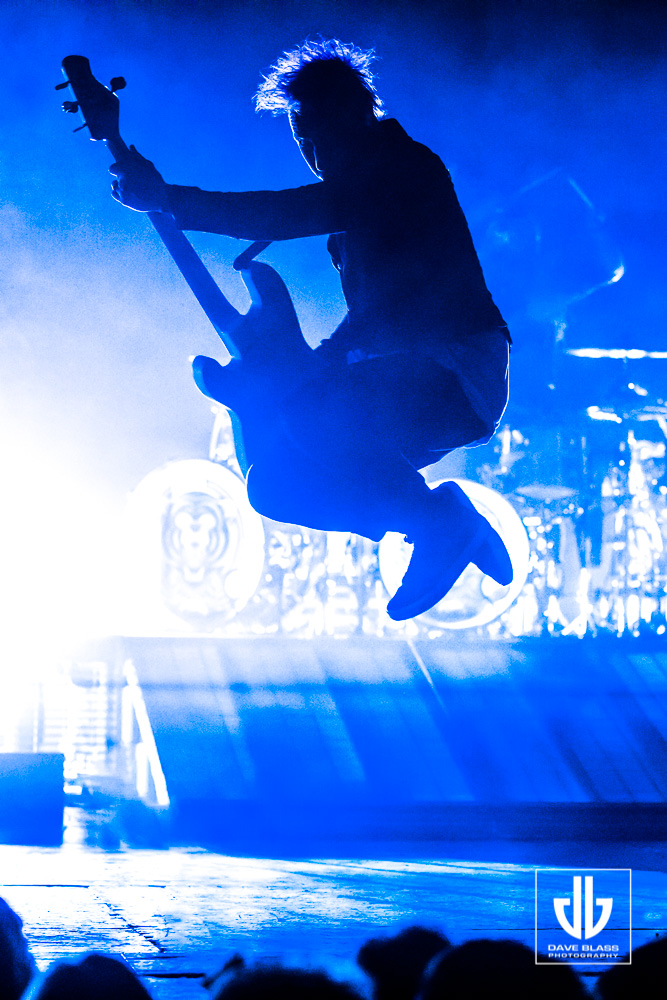 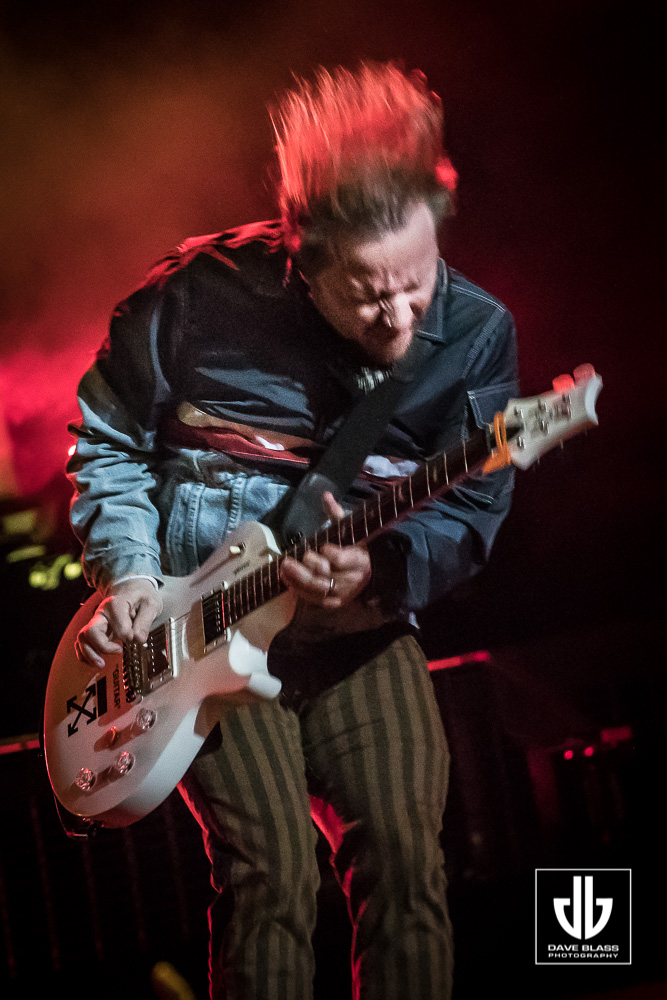 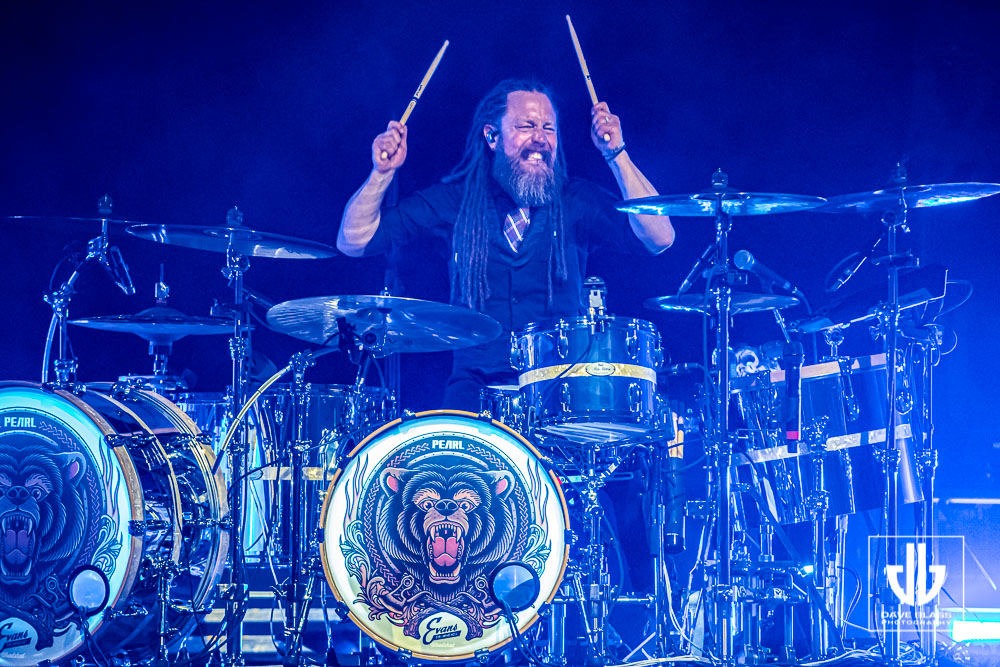 The lineup has been together since 2008 and showed the cohesiveness that comes from years on the road, but you could see their enjoyment exuded with each song. They were having as much fun as the audience. The Set list kept to their classics but the new title track off their forthcoming “Planet Zero” bodes well for Shinedown’s continued success. 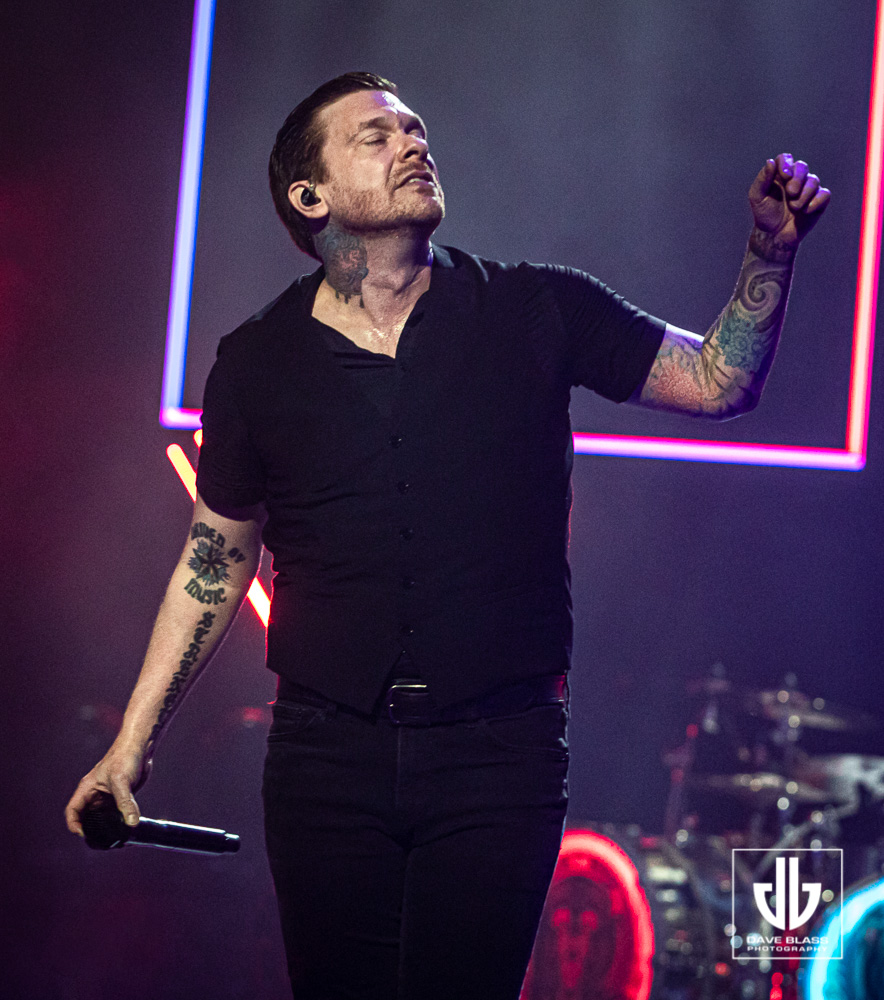 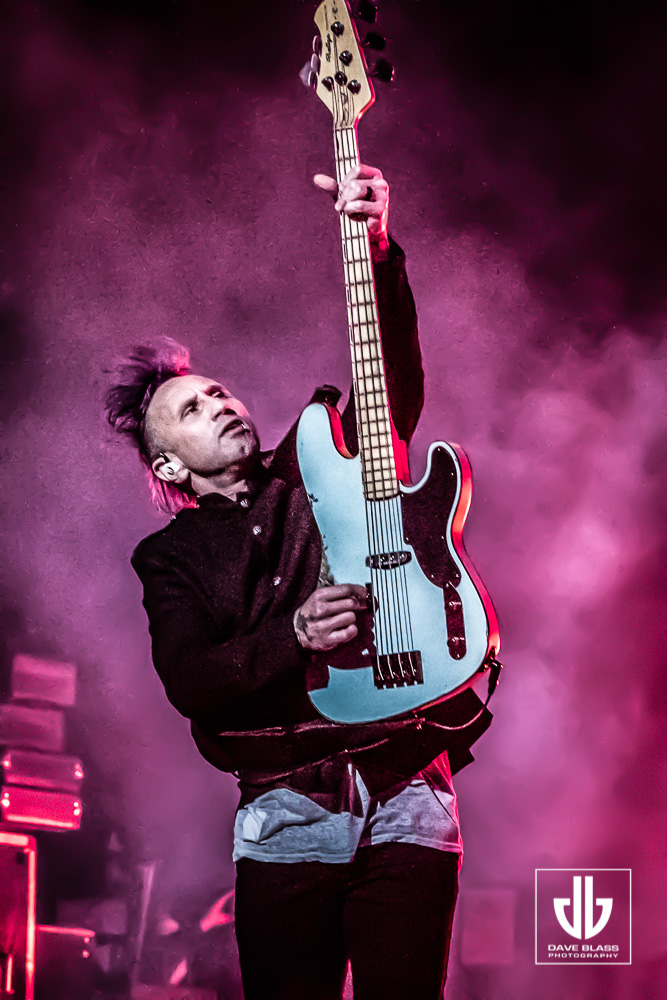 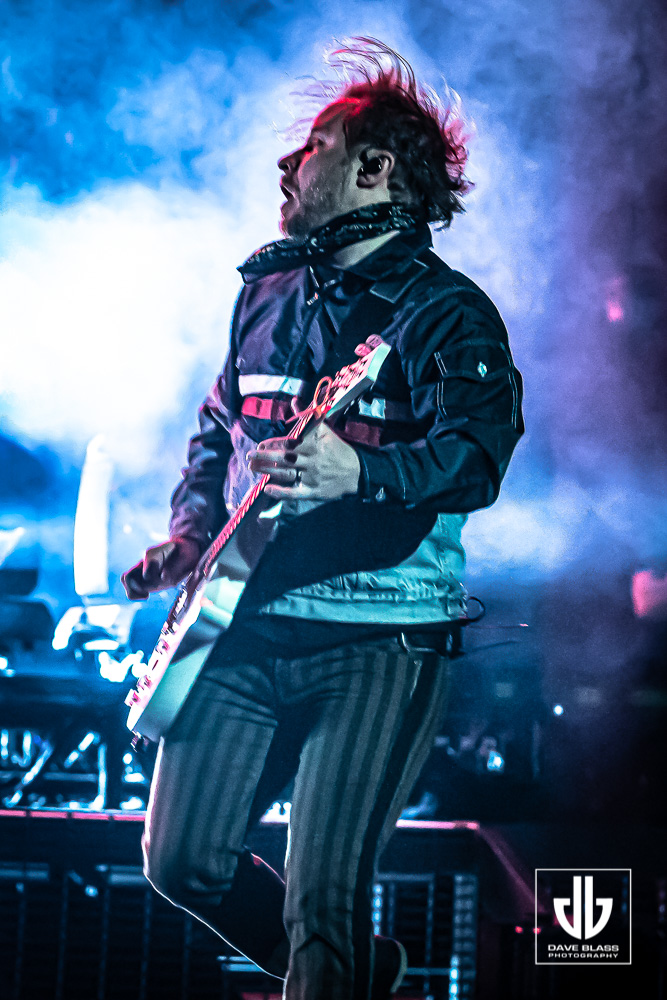 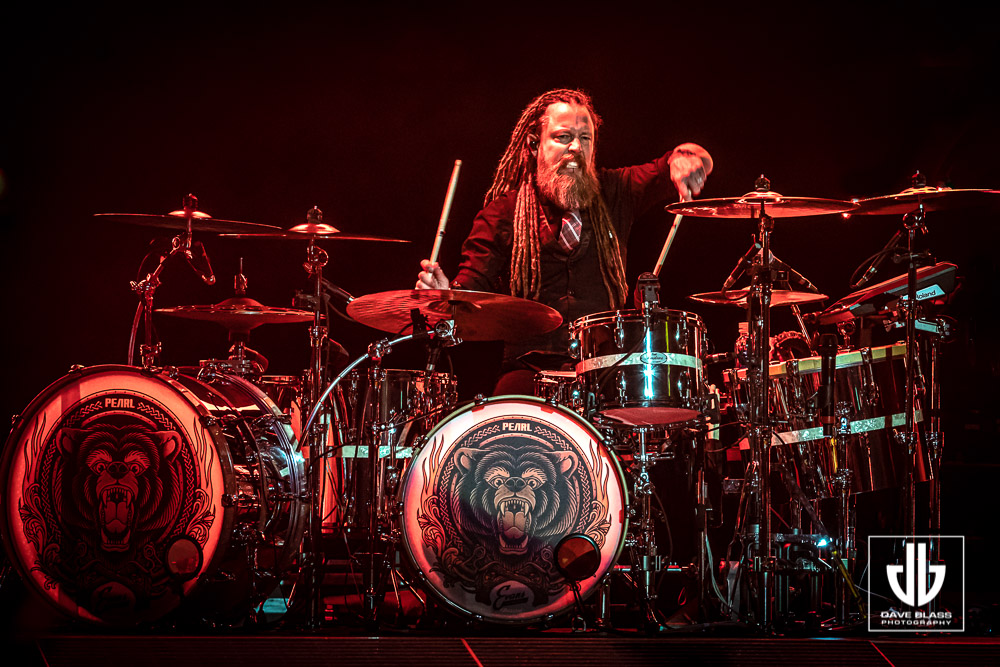 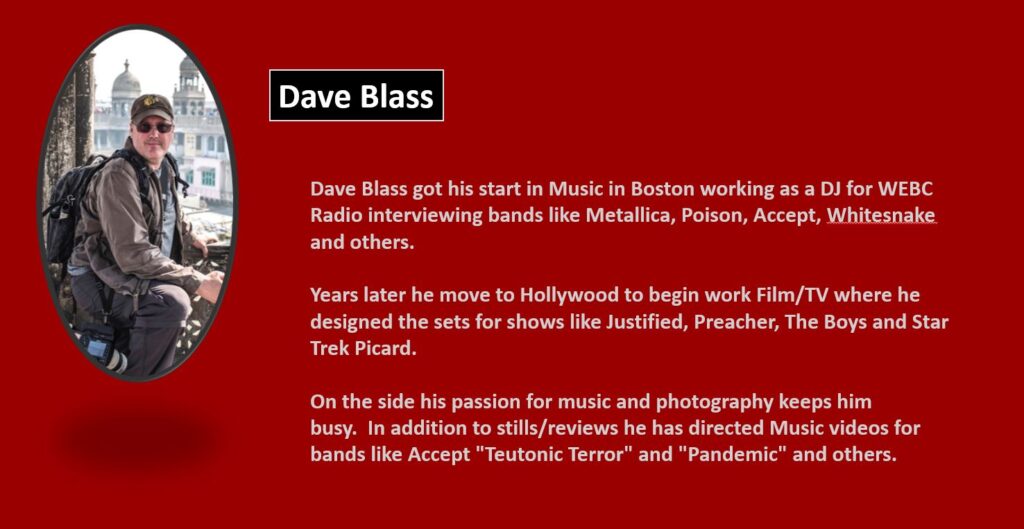